Audemars Piguet's patronage of contemporary art is unquestionable since it has nurtured artistic exchanges and commissioned artworks presented at major venues including Art Basel and Venice Biennale.

The link to its haute horlogerie is that as with mechanical watches, contemporary art is about more than what you see.

Thought-provoking data-verse 3 and Becoming Another by Ryoji Ikeda and Aleksandra Domanović are two new artworks commissioned by Audemars Piguet Contemporary, set up by the Swiss watchmaker in 2012 to drive artistic projects.

"I like playing around with the thresholds of perception," said Ikeda, a leading electronic composer and visual artist.

He explores sound and light by means of mathematical precision and aesthetics. By experimenting with frequencies and scales difficult for the human ear and mind alone to comprehend, Ikeda represents the imperceptible through numerical systems and computer aesthetics. 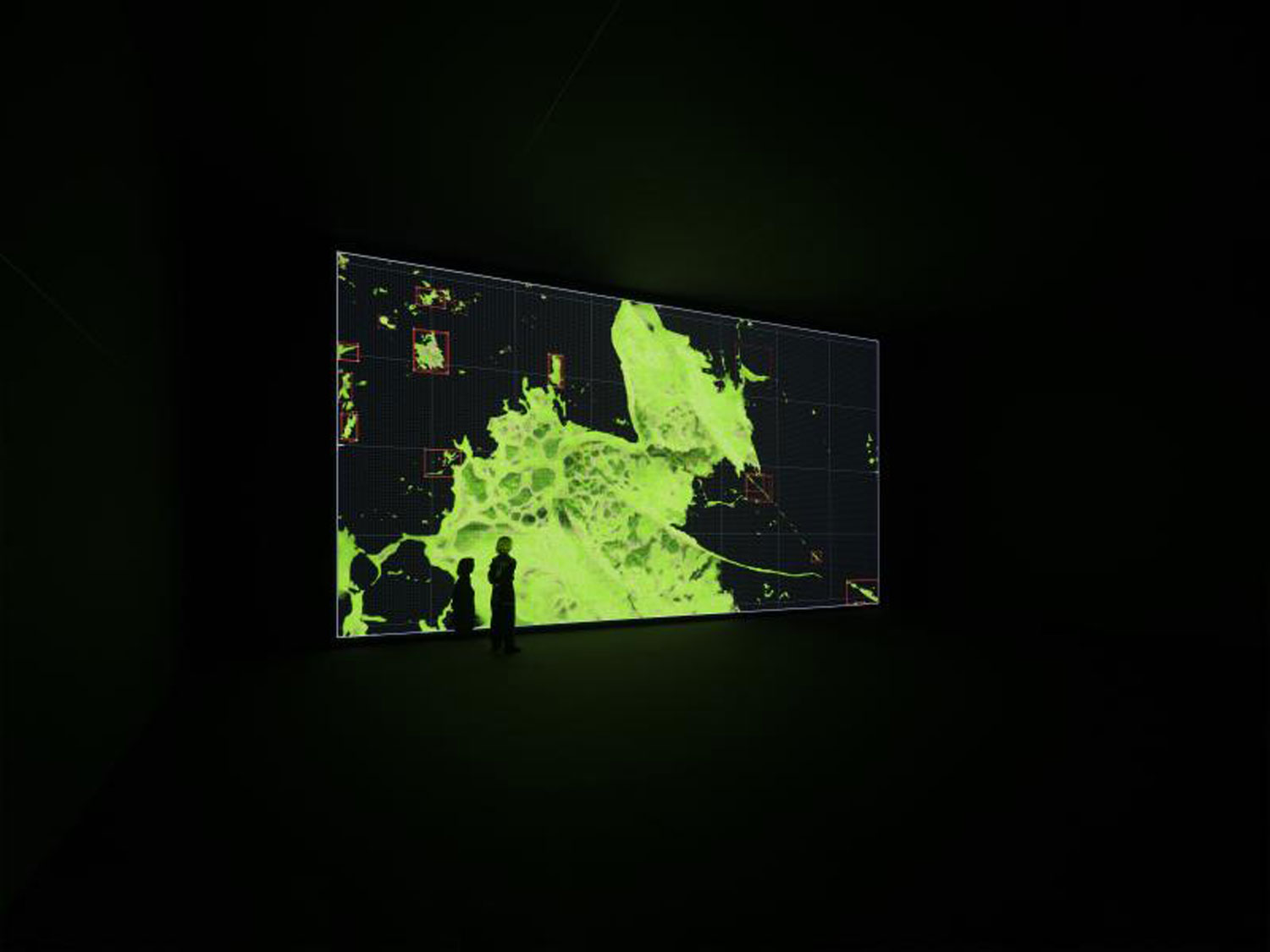 His long-term projects have taken a multiplicity of forms, from books and CDs to immersive live performances and audio-visual installations, and have evolved over the years to encompass his data-driven research.

Following the debut of data-verse 1 at the 58th International Art Exhibition, La Biennale de Venezia, from May until November 2019, data-verse 1 and data-verse 2 were exhibited at Kunstmuseum Wolfsburg from December 2019 until March 2020.

Along with data-verse 3, they were showcased at the "Ryoji Ikeda" exhibition at 180 Studios in London, curated and produced by The Vinyl Factory and Fact magazine in collaboration with Audemars Piguet Contemporary, from May 20 until September 18 this year.

The standalone data-verse 3 was then a part of Art Basel's Unlimited sector, a unique platform for large-scale projects, held in late September. 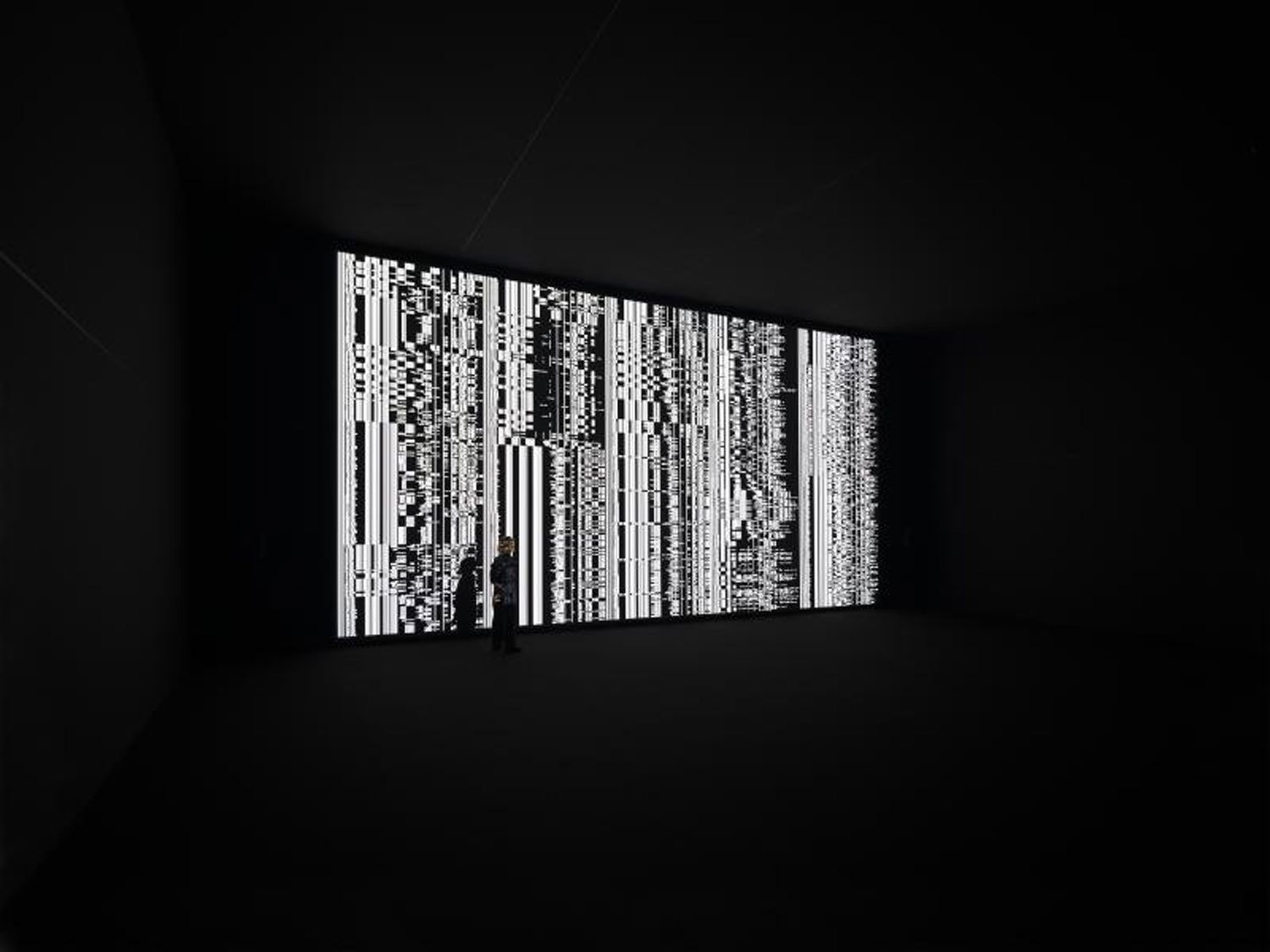 Presented by Almine Rech Gallery, it's the conclusive chapter of Ikeda's data-driven audio-visual research into nature that first began in the early 2000s.

The perfectly synchronised composition follows two decades of research and execution, during which the Japanese artist and his team rigorously processed, transcribed and transformed open-source scientific data from institutions including Cern, Nasa and the Human Genome Project.

"data-verse is absolutely precise. I have created so many installations in my life, but this project is the ultimate one," Ikeda said. "data-verse attempts to scan the entire scale of our nature, from the microscopic to the macroscopic. I'm just guiding you, your brain makes everything. You experience, you construct your story."

Aleksandra Domanović also incorporates sound -- ultrasound to be exact -- in her contemporary art. Ultrasound is at once technical and personal for the Berlin-based artist. Her mother was a radiologist who specialised in ultrasound and the artist is very familiar with the machinery. 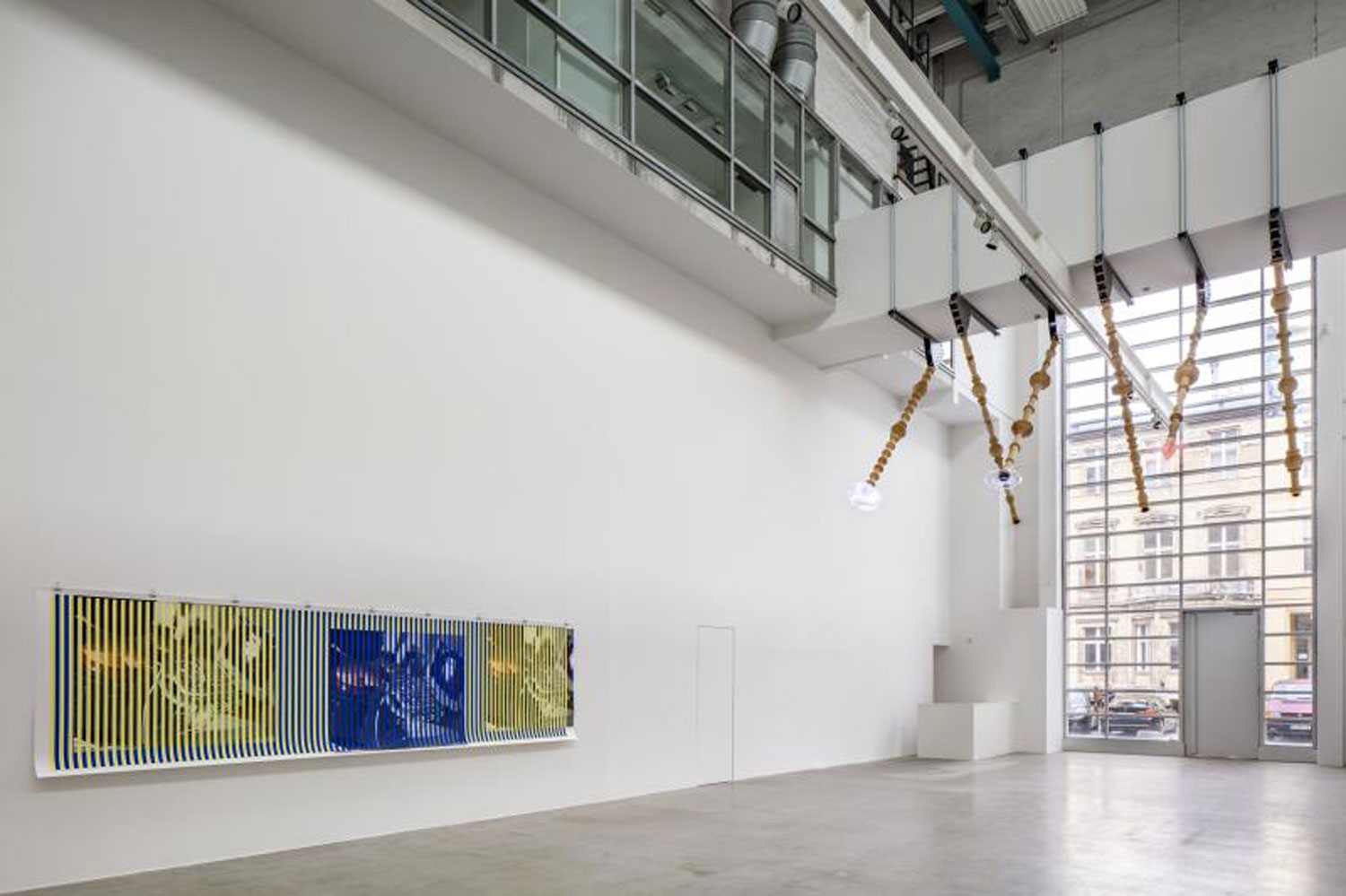 Becoming Another (2021) by Aleksandra Domanović.

Her Becoming Another asks, what does technology enable us to visualise? The multi-layered installation begins with the history of medical imaging -- in particular obstetric ultrasound images -- and offers an opportunity to rethink the relationship between seeing and perceiving.

Domanović reminds visitors of the link between this technology and foetal gender identification, and then points to the danger potentially posed by pyrotechnic devices sometimes used at gender reveal parties, which can and have instigated wildfires including the El Dorado fire in San Bernardino, California, in September last year -- one of the region's largest to date.

The artist shows how contemporary technology and culture are inextricably linked; how human perceptions evolve; and how easily one thing can become another.

"At its core, this project is about things becoming something else. Through the example of obstetric ultrasound images, we realise that perception is a political field. Looking at art changes you or makes you part of art. Similarly, through perception, a foetus becomes the ultrasound, a gender reveal becomes environmental catastrophe and an image becomes an object," said Domanović.

The site-specific Becoming Another was recently unveiled in Berlin from September 16 until October 10 at the former Der Tagesspiegel print house on Potsdamer Strasse.

The installation responds to the height of the vast exhibition space and features six large-scale video sculptures wrapped and hung from an overhead passage that was originally used by Der Tagesspiegel printing technicians to supervise machinery.

The video sculptures hang at alternating 45-degree angles and project down a collage of moving images via LED fan displays. The images, colours and overall visual experience projected from the video sculptures (titled by the artist Worldometers) vary depending on the viewer's point of view.

Installed on either side of the video sculptures are two large-scale prints -- one based on a computer simulation of an ultrasound beam; the other an image of the artist's mother performing an ultrasound on herself.

The prints employ the Bezold effect, an optical illusion that makes small areas of interspersed colour appear to change depending on adjacent colours. The largest realised by the artist to date, they represent the fraught distinction between what one sees and what one perceives -- underlining how contemporary art is about more than what you see. 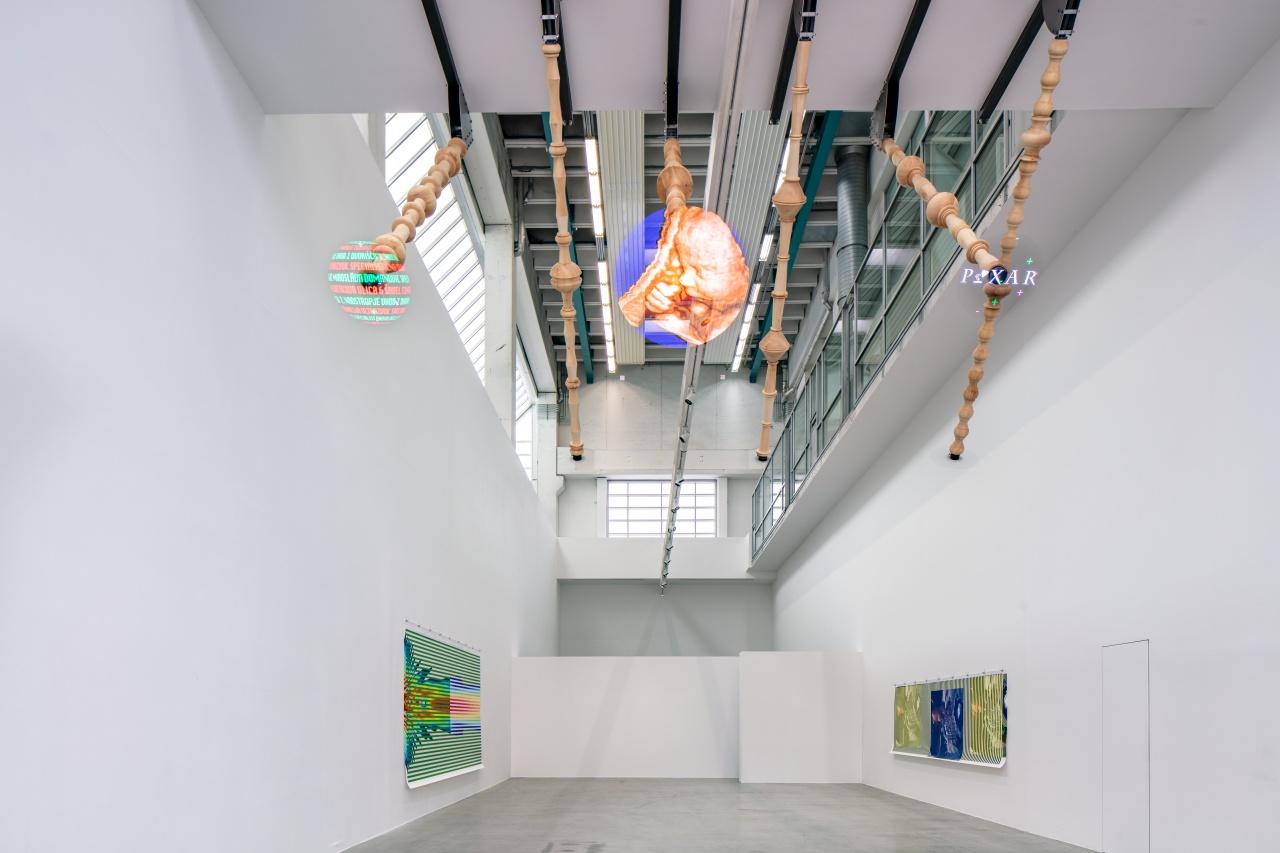 Becoming Another by Aleksandra Domanović.