While far from perfect, the Phuket Sandbox programme and new no-quarantine entry is raising hopes among hard-hit local businesses

For Chalong Loysamut, the Phuket Sandbox programme -- which has reportedly raked in over 2 billion baht from tourists since July -- has been a welcome sight given how local businesses have been hit by the Covid-19 pandemic.

"In my area, up to 98% of businesses have closed amid the several Covid-19 waves," said Chalong, who managed a cafe in a Phuket neighbourhood. "That is why the Phuket Sandbox brought hope.

"But in three months, I have noticed the number of tourists this scheme attracted is not enough to revive tourism in a way in which everyone gets a share of the pie."

For most businesses dependant on international tourists on Kata beach, it has been an emotional experience to feel the silence in this once-popular destination. However, the Phuket Sandbox coupled with Thailand reopening to fully vaccinated visitors from 46 countries next week has led to scepticism among businesses hoping for a better tomorrow.

Chalong believes that because the Phuket Sandbox is geared towards tourists with deep pockets who opt for an opulent lifestyle, local cafes such as his stand little chance of drawing visitors. People who have benefitted from a slight rise in tourism have been large hotels, their staff and hotel taxi services.

"It is not my desire to lambaste this scheme but to address the fact that it is not reaching the grassroots. The ones benefitting from this project are just a few. Tourism-related businesses managed by locals have received little to no benefit from this initiative. The bottom line is that the Phuket Sandbox is a good idea and I agree with it as we have been waiting for something for a long time, however, the question is how effective it has been as a whole," he said.

Chalong's hopes are now pinned on the reopening of the country. However, while it would be great to have a sense of normalcy on the island again after a lull in tourism, he admits to having reservations about foreign tourists arriving in Thailand without quarantine.

"Despite them having to meet seven conditions to enter quarantine-free, I don't have a good feeling about it. How prepared our medical facilities are to handle a new outbreak is hard to say. Conditions for arrivals who do not have to quarantine should be closely monitored. Having said that, we don't have any other option but to go ahead as planned because Phuket is designed for foreign travellers and without them we are doomed."

Anuchit Handee, the owner of a hotel taxi service in Phuket, said because the pandemic has left him with zero income, the Phuket Sandbox is his only hope.

The past two years have left him with nothing. He has been forced to use his savings and sell fishcakes to sustain himself and survive while waiting for government intervention. For Anuchit, the pilot scheme has had a small positive impact on his business and he feels grateful for whatever trickles in. He describes it as a change for the better.

"Income in the smallest form is welcoming, especially during a global pandemic," he said. "I was knee-deep in debt because I invested in an additional vehicle for my business just prior to Covid-19. Fortunately, my family are not financially dependant on me. However, I had to use my savings to support myself. 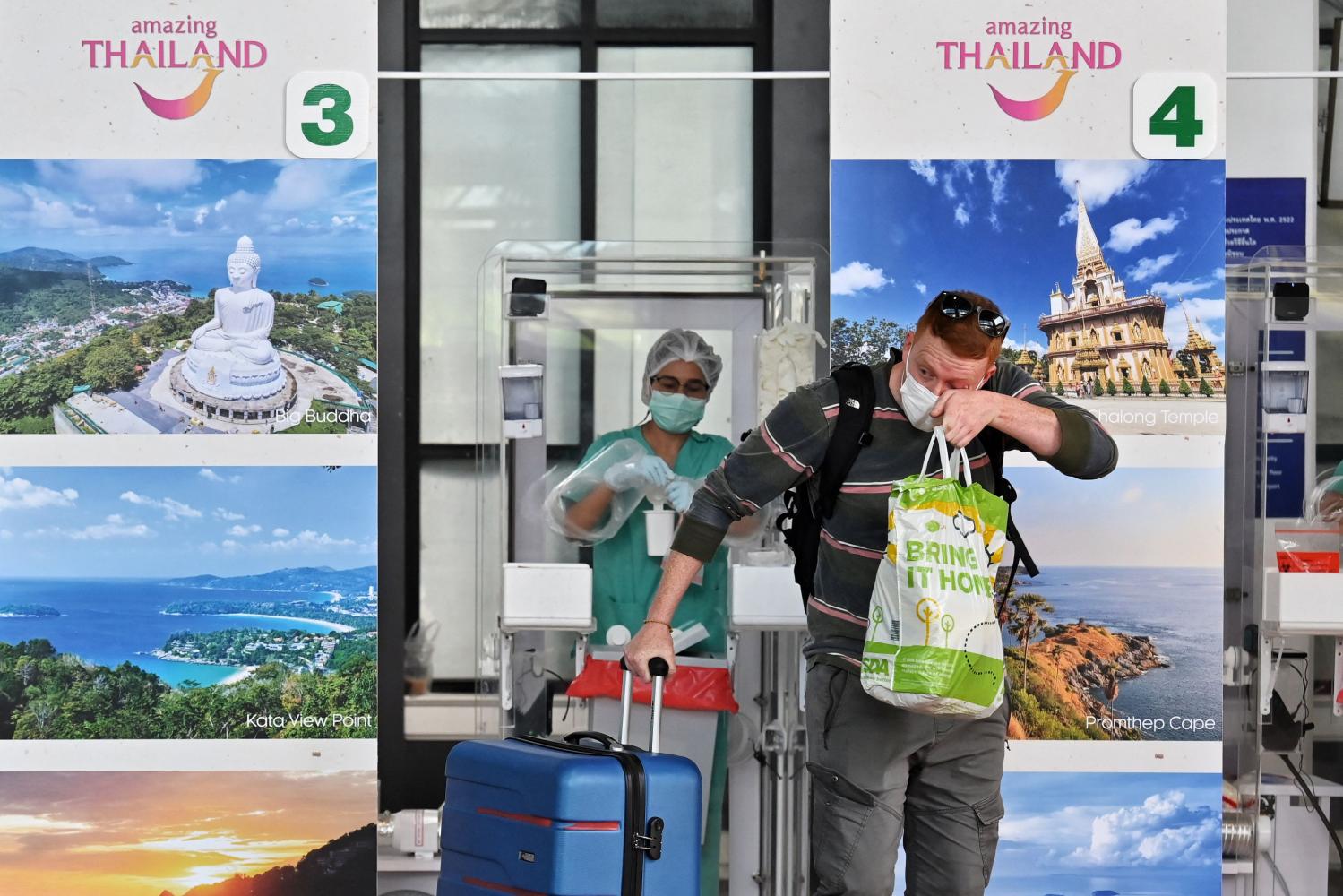 "When the idea of the Phuket Sandbox was first floated three months ago, I was excited because it meant there was hope to revive my business. The maintenance of my taxis, which includes a Camry, had a financial toll on me. For me, the pilot project has been effective so far. I can see the future of my business take a turn for the better. I hope the number of visitors will continue to grow with time. From having no business to just a handful of trips to pick up tourists can fetch me 4,000 baht. I give the Phuket Sandbox a 10 out of 10. There is nothing I would like to change or add to it."

Anuchit wants the government to stick with the seven conditions required for foreign tourists arrivals on Nov 1 and not change their minds.

"If it is stipulated that tourists can enter and travel the country without having to quarantine, it should be followed. I don't want the government to go back on its word for whatever reason. It is not fair for tourists from the 46 countries allowed to visit to have to shoulder the financial burden of paying for quarantine as well as hotels they have booked for their stay if you said quarantine is not required for visitors that meet the seven conditions.

"Reliability will be questioned if you continue to change your stance. We have lived with Covid-19 for close to two years and by now, we have learned sufficient lessons to help decide the course of our future endeavours to see the country prosper."

While Anuchit is ready to welcome foreign tourists, the fact that many will not quarantine makes him feel uncertain. "People travelling in large numbers during a pandemic is a recipe for disaster, so I hope the government has a backup plan just in case.''

An hour's drive from Phuket is entrepreneur Taweeroj Eawpanich, the owner of a surf school and diving shop on Khao Lak's Memories beach. He said that while the Phuket Sandbox initiative is reliable, it will take time for the benefits to reach the grassroot businesses.

Khao Lak, which has equally suffered as Phuket, has positioned itself to heavily depend on the high season which runs from October to March.

Instead of waiting for the government to intervene, business owners on the island came up with a novel idea to generate tourism-based income.

"Since the pandemic, we started a trend among Thais to surf in Khao Lak. This happened after the second wave as we began selling package itineraries to mirror surf trips sold in places like Bali and Australia," said Taweeroj.

"Khao Lak has become the top destination for surfing among Thais. Agoda has even reported that the surfing business has become the fastest-growing in Thailand amid the pandemic. We have surpassed Phuket in terms of local visitors and are experiencing an oversupply on weekends with full hotels and resorts.

"We have so many locals here that the numbers have even spilled over into Phuket. What this has done is create jobs and generate income for locals. However, the third wave of Covid-19 after Songkran brought us to our knees once again due to domestic travel restrictions. However, with the easing of restrictions, local travel has picked up again as we are seeing a rise in the number of tourists in Khao Lak."

Taweeroj said the Phuket Sandbox has supporters and sceptics. For him, it has helped jumpstart his stagnant tourism business. He has seen an increase in visitors during his latest trip to Phuket, which he believes will also benefit Khao Lak.

"I would say approximately 20% of tourists have returned. Tourism-related businesses are slowly opening. From absolutely no income, coconut vendors are now earning again, even though it might be a pittance.

"I believe we should be patient as this is just the beginning. We can fine-tune this pilot programme as we go along. We need to give it time."