published : 29 Nov 2021 at 04:30
newspaper section: Life
A photo from the exhibition. photo courtesy of SEA Junction

"Women Out On The Streets For A New Burma" is a photo exhibition that shows women challenging the dictatorship in Myanmar, at the Corner Space, 1st floor of Bangkok Art and Culture Centre, Pathumwan intersection, until Dec 5.

On display is a collection of photos that document the widespread, diverse and empowering women leadership and participation in opposition to the Myanmar army, or Tatmadaw.

They have been an integral part of the protest since the coup d'état led by General Min Aung Hlaing in February that brought an end to a decade of semi-democratic rule and returned full power to the military.

Representing striking unions of teachers, garment workers and medical workers -- all sectors dominated by women, they have gathered for daily marches in spite of the danger of being killed, wounded, arrested, tortured and the increased risk of sexual harassment and violence.

The idea of impurity of women and their relegation to the domestic domain has been confronted by exposing "feminine" attributes in public. The exhibition showcases photos of women during protests who proudly carried bras and sanitary pads. 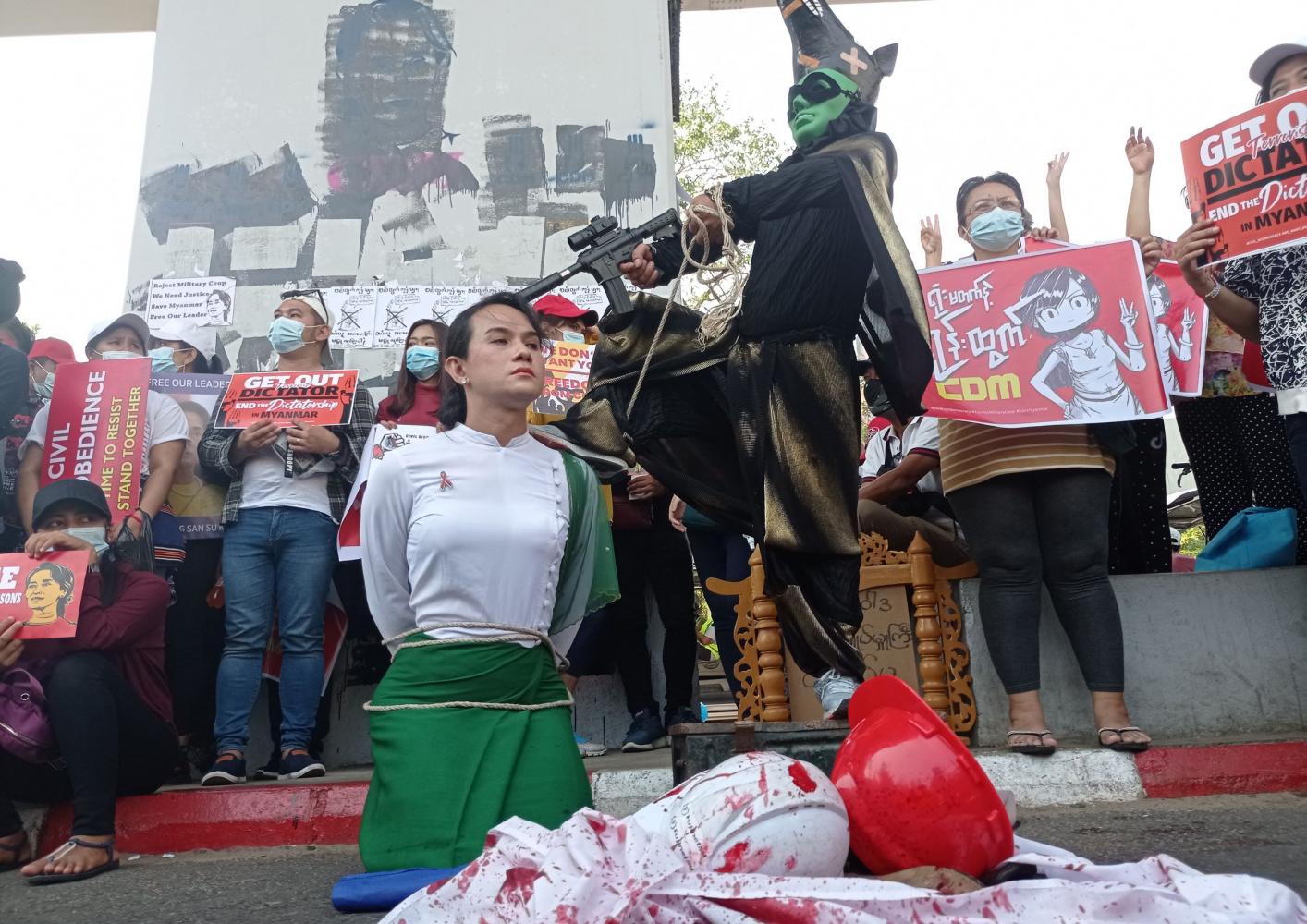 One of the photos on exhibit until Sunday. SEA Junction

Other photos also document the display of women's drying htamain or longyi (sarong), which traditionally is believed to harm men's hpon (mystical power), thus lowering the 'masculine status of the security force'.

The photos were taken by a collective of recent graduates in journalism in Myanmar who have been covering the protests from all around the country under the umbrella of the Myanmar Photo Project. Also exhibited are images collected by the member institutions of the Women's League of Burma.

The exhibition is organised by SEA Junction, Women's League of Burma, the Myanmar Photo Project Collective, and Asia Justice and Rights.

The exhibition is open for public viewing daily from 10am to 7pm, except Monday.