Leaving no one behind
Life
Social & Lifestyle

Women from different walks of life grace Omega's new campaign, matching their personalities and styles with watches from the Constellation, Speedmaster and Seamaster collections. 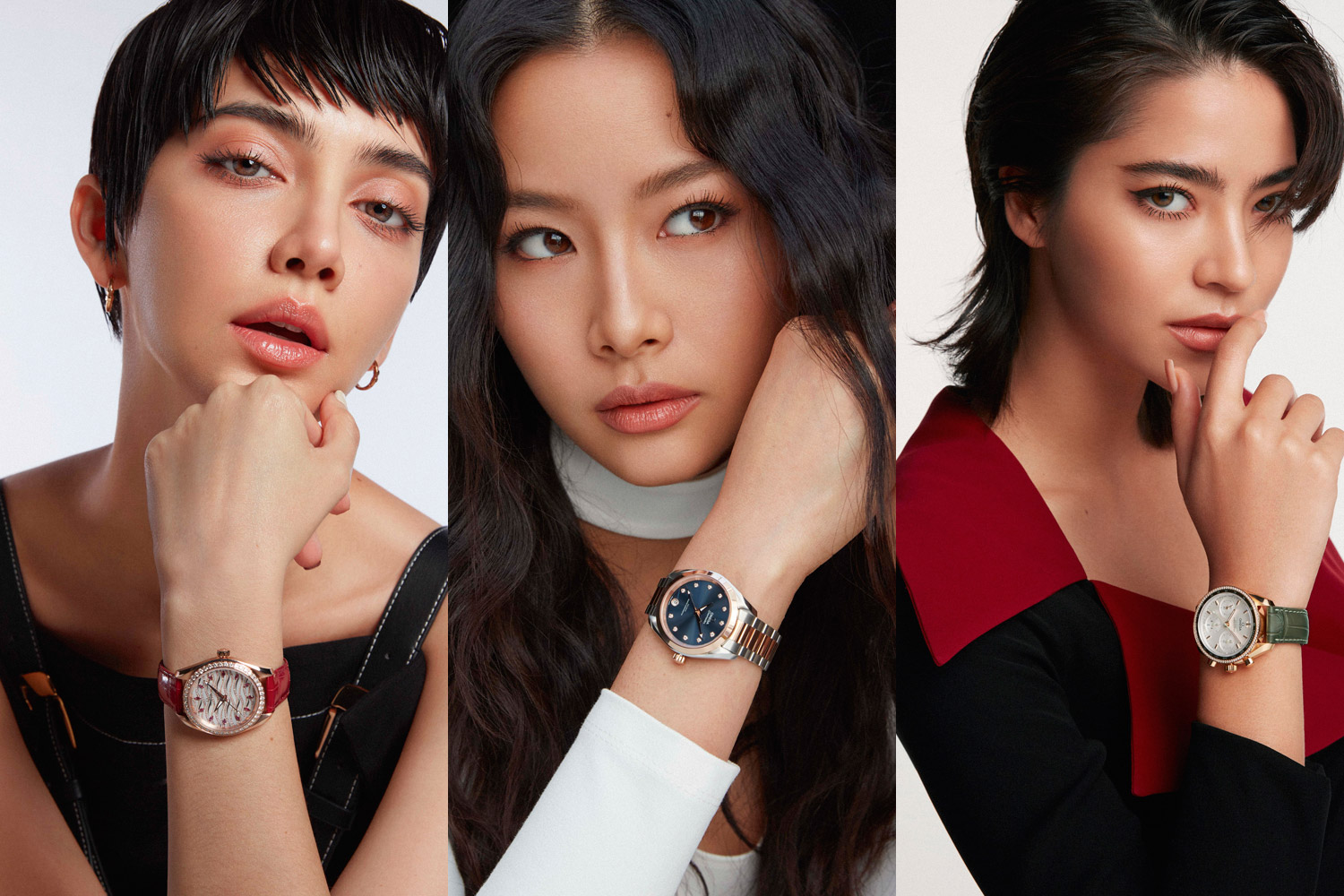 The case is also made from Sedna gold, a signature rose-gold alloy named after an orbiting planetoid that has been described as one of the reddest in the solar system.

Launched in 1952, the Constellation was created as a tribute to Omega's accomplishments in precision watchmaking throughout the early 20th century, including World Records and competition victories achieved at observatories at Kew‑Teddington, Neuchatel and Geneva.

The design of the elegant dress watch is characterised by half-moon facets and claws on the side of the case. 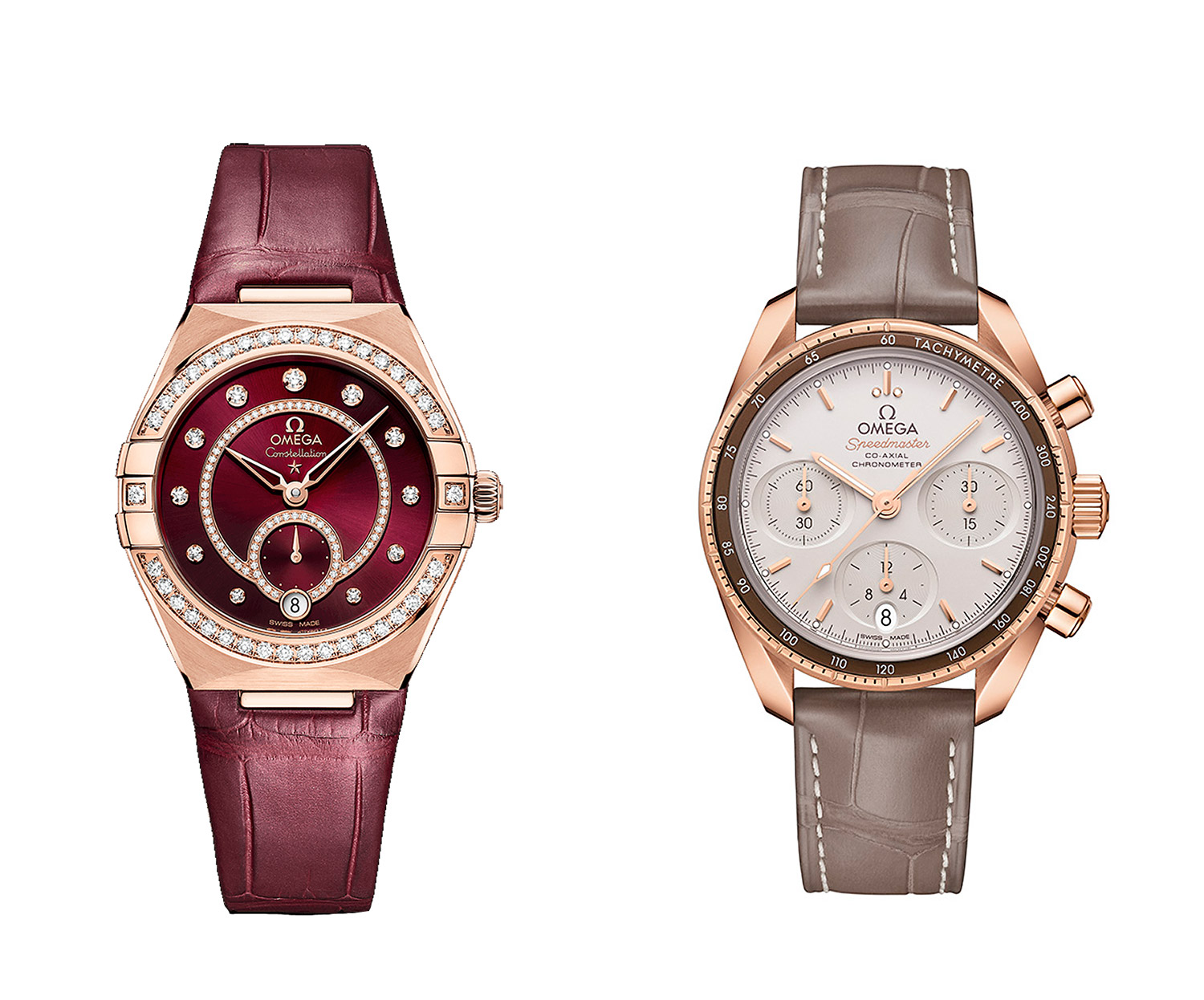 With a shimmering mother-of-pearl dial and diamond-paved bezel, a yellow-gold Constellation 29mm is the watch of choice for Matira Tantiprasut, whose TV dramas include May-December Romance, which aired recently on Channel 3.

Nuttanicha Dungwattanawanich and Marina Sadanun Balenciaga express their personalities through Sedna gold and yellow-gold versions of Speedmaster 38mm, whose masculine counterparts include the iconic Moonwatch.

The chronograph has been refined for smaller wrists while retaining its look and heritage that dates back to 1957. The dual bezel comprises an inner aluminium ring with a tachymeter scale, and an outer ring embellished with diamonds.

The dial is neatly arranged with horizontal oval subdials and a vertical oval date window at 6 o'clock.

Alongside the Speedmaster, the Seamaster 300 and Railmaster were launched under the Swiss brand's Professional Trilogy in 1957. Omega has extended the Seamaster family to include Aqua Terra, Diver 300M, Planet Ocean and Heritage models. 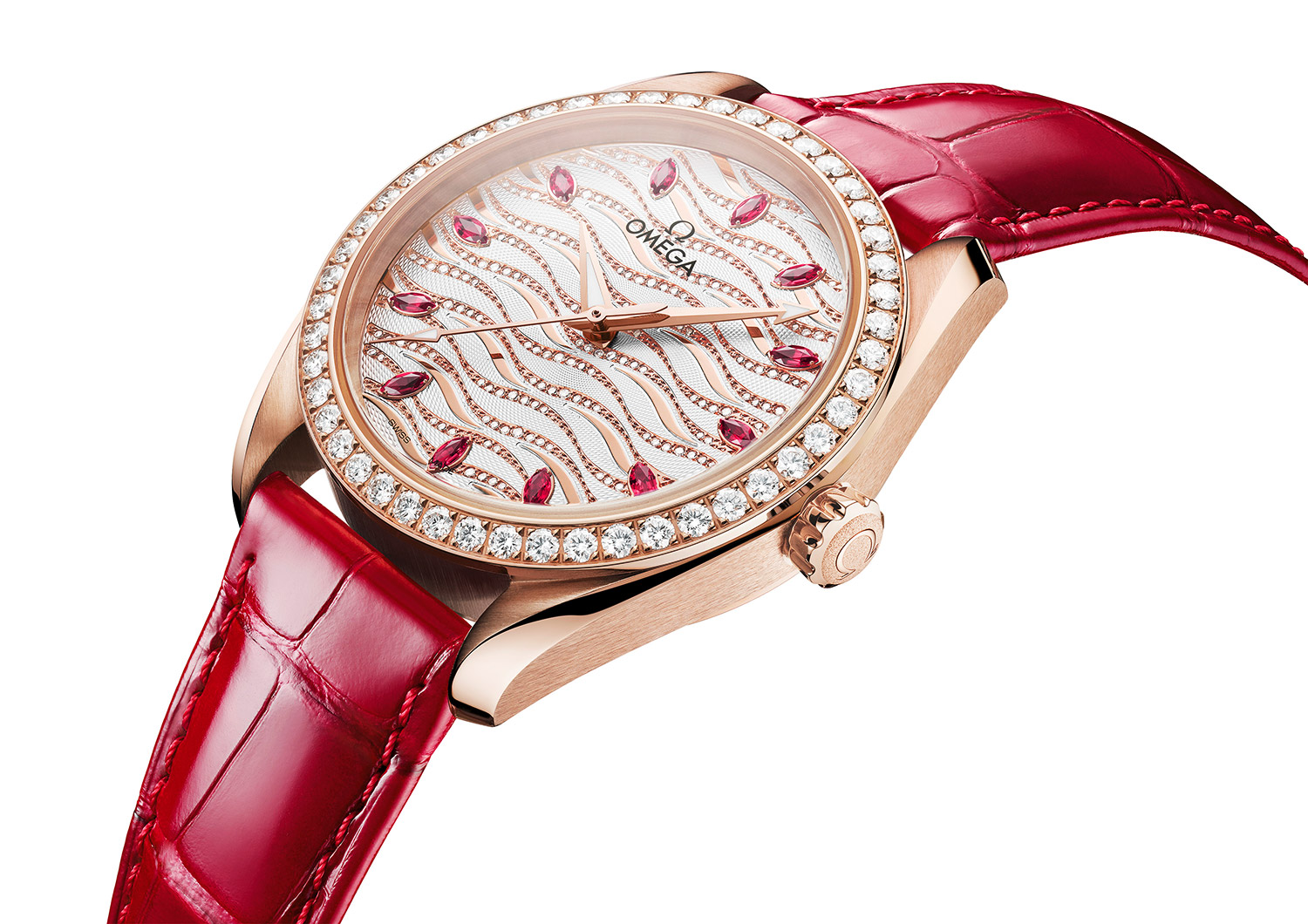 Sara Legge's wrist candy is a Seamaster Aqua Terra 150M jewellery watch housed in a 38mm Sedna gold case. Diamonds sparkle on the bezel while marquise-cut rubies serve as red hour indexes. On the dial, the mesmerising wave motif echoes the undulating rhythm of the ocean.

She dons a smaller Seamaster Aqua Terra 150M with diamond indexes on a glossy ocean-blue face that stands out against a 34mm case and integrated bracelet in Sedna gold and stainless steel.

The campaign's message is that there's an Omega model for every woman to match their style as well as different occasions. Moreover, the beauty of the watches is complemented by Master Chronometer certifications that ensure superior precision and magnetic resistance.