A voice from the web

A young man killed his romantic partner of the second gender because his online "wife" wanted him out of their lives. 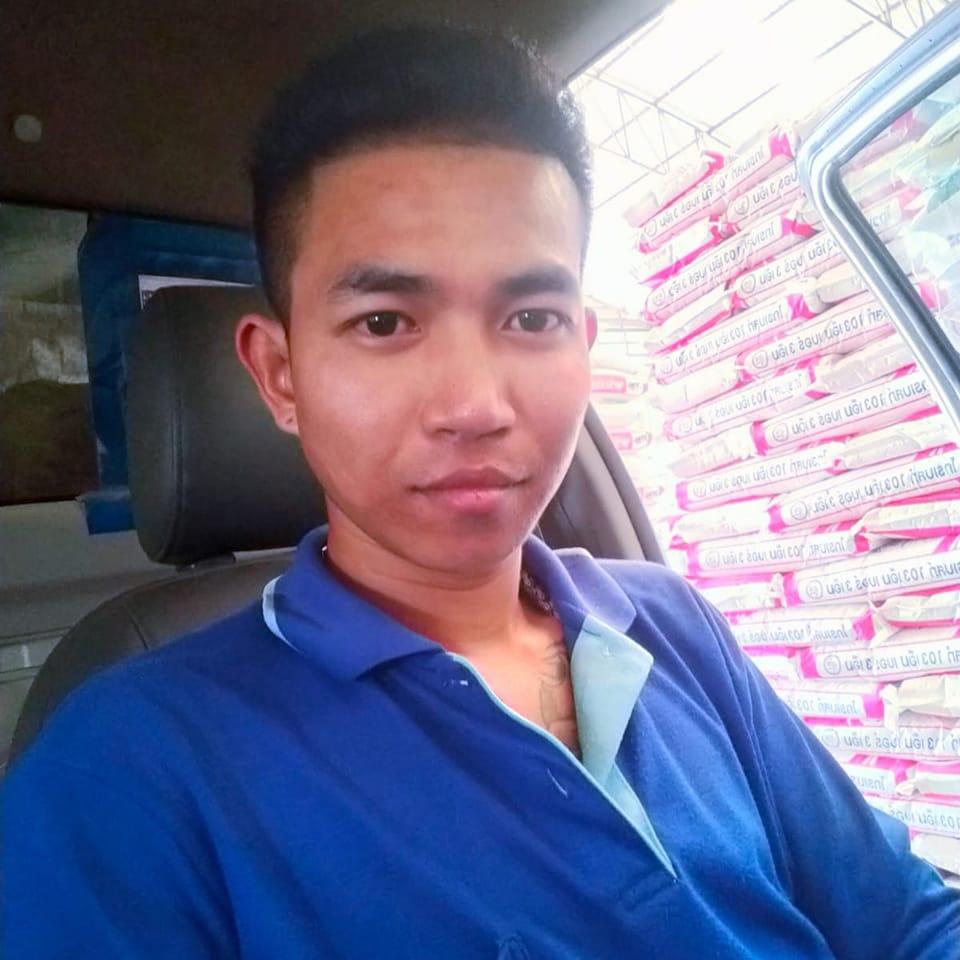 Bang Sang police in Prachin Buri on Nov 24 nabbed Worawat "Got" Chantiam, 26, for slaying Apinat "A" Plukpluem, aged 24, a young kathoey whom he had been seeing since late last year. His body was found in a canal in Village 11, Bang Yang, of Ban Sang with his throat cut.

The saga has its bizarre side, as Mr Worawat had never met in the flesh his so-called wife, who has a four-year-old son whom media reports initially claimed was his own. This woman lives in Laos and since news of the killing spread has disappeared, wanting nothing more to do with him. 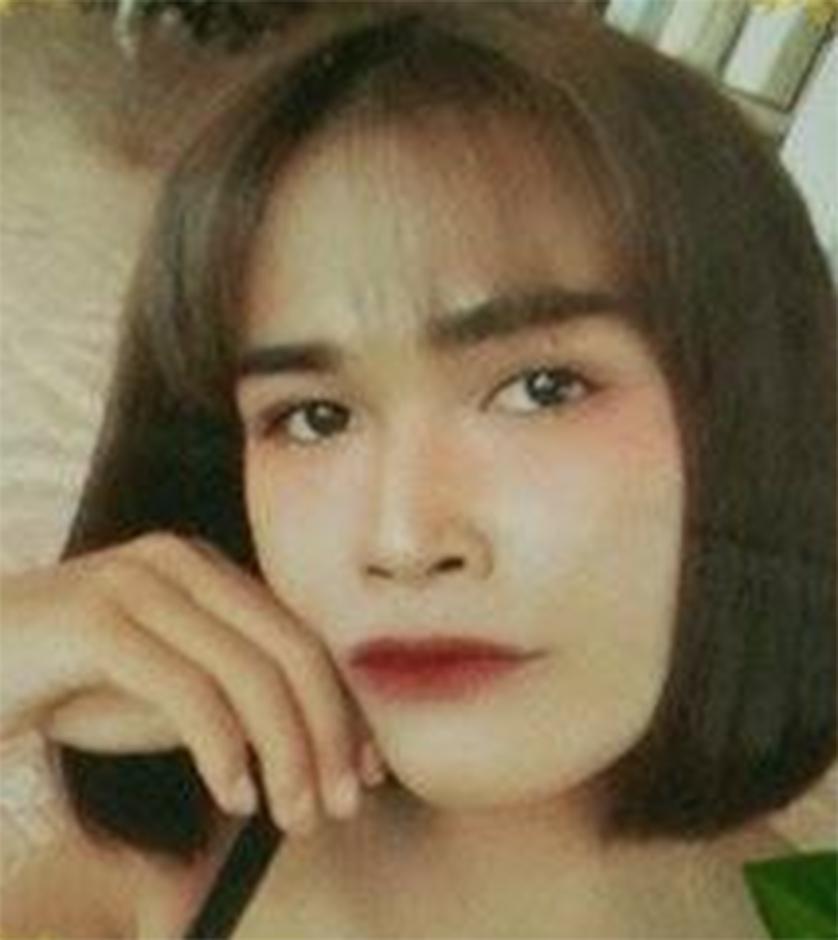 Mr Worawat said he met his "wife" over the internet and they had been talking for about a year. Their contact was almost entirely over the phone, although he had seen pictures of her.

His wife, he said, had found out about his relationship with Mr Apinat and asked him to stop. She and Mr Apinat started trading insults online, which carried on up until the young man's death.

Talking to reporters after his arrest, Mr Worawat said the woman in Laos asked in mid-year if he could be his girlfriend. She found out he was two-timing her when she kept being put on hold.

Taking the lead from his "wife" in Laos, the killer asked Mr Apinat if they could break up, but he refused. Mr Worawat could see he was making no progress, so asked to see the victim. He took Mr Apinat to the canal, about 14km from his home.

They started to argue and while the young man's back was turned, the killer pulled a kitchen knife from under his motorcycle seat and cut his throat. He told police that he had simply meant to "clear matters" and did not mean to kill Mr Apinat. The killer dumped the body in the canal and discarded the knife.

The victim's younger sister, Worasita "Pause" Saengyen, said their parents were in shock, as Mr Apinat was a mainstay of the six-member family. They knew about the woman in Laos but not the kathoey.

Talking to police, Mr Worawat said he knew the victim was a kathoey, but they got along well. "I never said I loved him but we had sex many times," he said.

A fight over a handful of ya ba pills led to an Udon Thani man's death, police say, which sounds rather humdrum.

However, the suspect insists the cause was a bizarre gay love triangle between her husband, the neighbour and the victim. 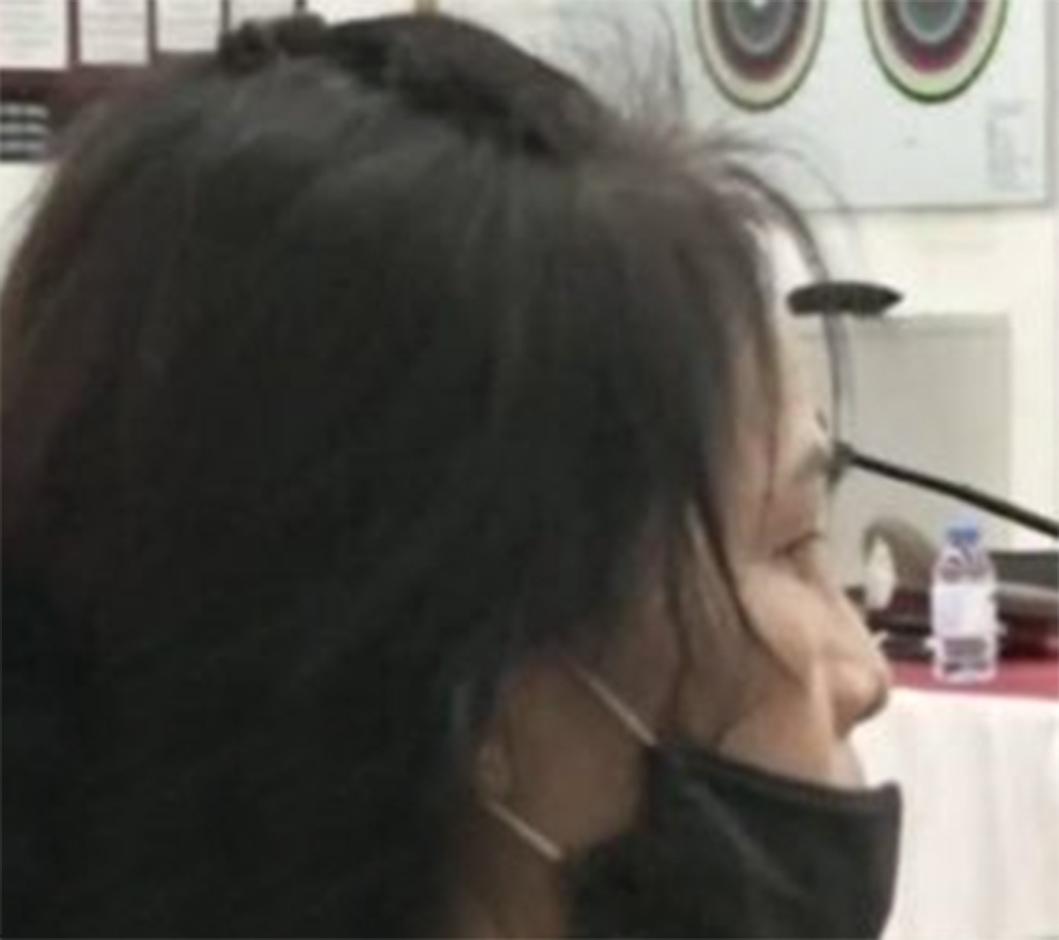 It has fallen to Pen police in the province to untangle this mess after they nabbed Pikul Liwlan, 51, last week for the murder of Jatupol Chaikamchan, 37, a friend who lived with his parents on a nearby rice field.

He took part in regular drinking sessions with the alleged killer, her husband and friends.

His body was found outside her house in Village 3, Ban Thon, on Nov 21. Police, who were alerted by the Village headman, say they found long marks on the ground as if his body had been tugged to its resting place. A search turned up a blood-stained machete hidden under the seat of Ms Pikul's Mazda Tribute. 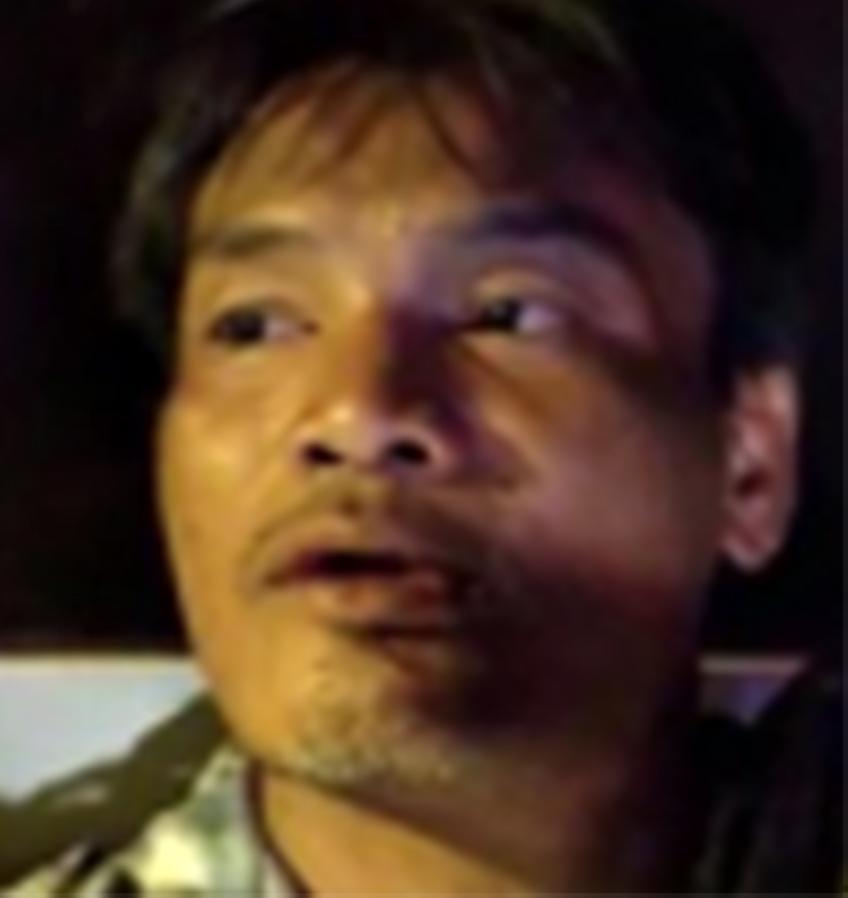 Officers brought in for questioning Ms Pikul, her husband, Worachai Wutthiwong, 50, and a friend, Sommai Harinthachart, 43. Reporters say they turned up at the station looking stressed. None would admit to the killing and instead blamed each other. 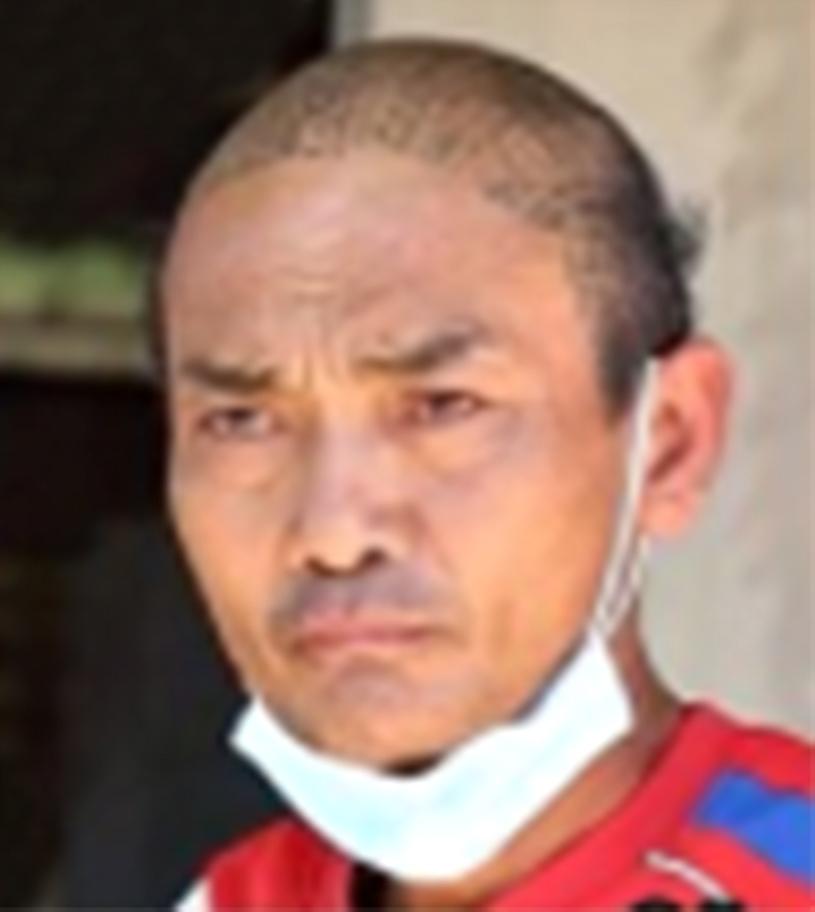 Mr Worachai said his wife told him she killed the man. Mr Sommai said he turned up briefly to see Ms Pikul attacking Mr Jatupol with the knife. However, he left them to it, as he didn't want to get involved.

Pol Capt Adulchai Khaowkham, deputy inspector of investigations, said the killing started in an argument over drugs. The victim had turned up at their house with six ya ba pills but he refused to share them. He is thought to have returned to his home about 300m away.

Ms Pikul and her husband Mr Worachai, who were unhappy about his lack of generosity, had Mr Sommai go and fetch him. Mr Jatupol returned to clear the air, after which he was killed.

Pol Capt Adulchai said police suspect Ms Pikul killed the man, as she was seen wielding the machete. She had also confessed to her husband.

Ms Pikul said her husband started drinking that morning. She went upstairs to bed and did not see what happened. "My husband and the neighbour killed the victim because they were fighting over the same man. The victim was gay, and I have known for ages that my husband was queer too," she said, adding she had seen them "swinging" (having group sex).

Her husband's extra-marital pursuits didn't upset her, as she was too old for such carry-on. She knew her husband told the village headman that she was the killer, because he did not want her standing in the way of his happiness.

She also denied claims by the pair that she traded ya ba in the village. "I merely buy it on behalf of the others because I like to please people," she said.

Mr Worachai, her husband, denied having sex with the victim. They were merely close, like father and son. The two met while harvesting rice about eight years ago. "I alerted the village head because my wife said she did it, though she didn't say why," he said.

After drinking with the other two he went upstairs to sleep it off. Later he went out to buy more alcohol and saw Jatupol lying on the ground. "I assumed he was drunk and didn't think anything of it, but when I came back I saw my wife standing there so went over for a look and saw he was dead," he said, adding his wife is mentally unbalanced and cannot be trusted. "She sits there sharpening her knife every day," he said, referring to the machete.

Apart from serving as the murder weapon, the machete was to play a minor role in the drama, with Mr Worachai, according to one report, asking his wife for 20 baht that morning so he could redeem the weapon from a pawn shop. 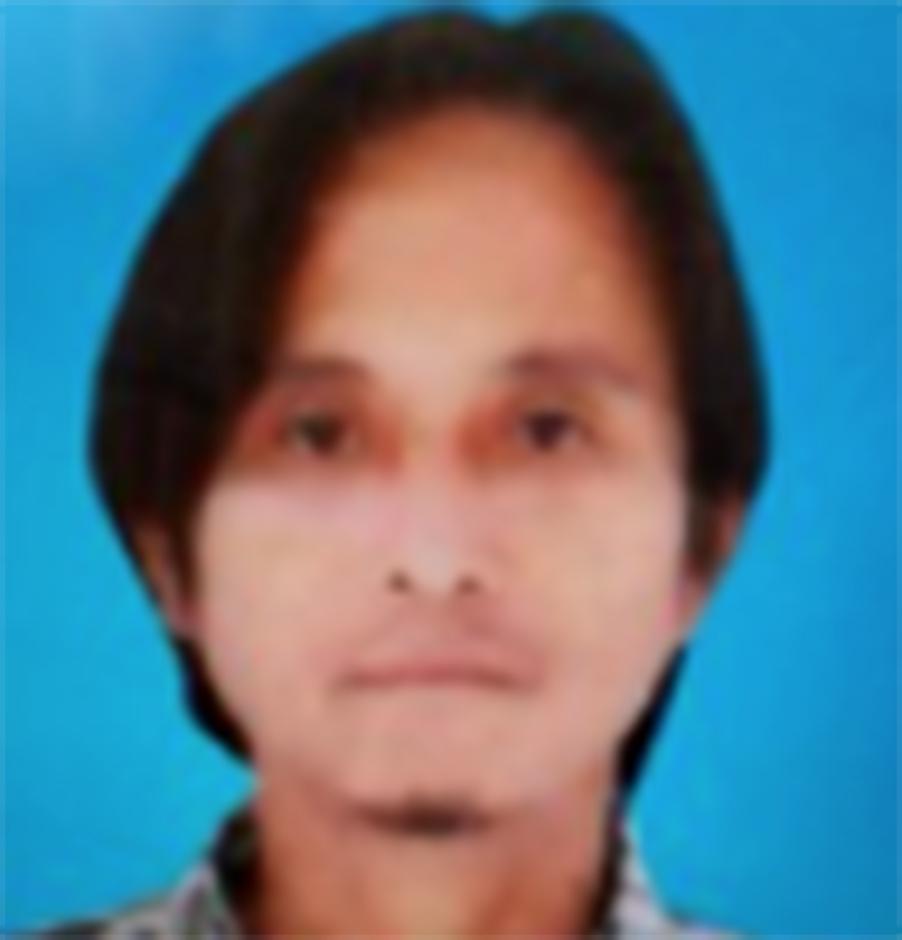 Ms Pikul was upset that Jatupol had taken the machete from the house and without her knowledge, pawned it. She lectured him about it before his death. Before she went to bed, Mr Worachai told her he wanted to drink, so she gave him her phone to exchange for alcohol at the local store.

Mr Sommai said he went to buy drugs at Ms Pikul's place on the day of the murder. When he arrived he saw Mr Worachai and his wife arguing, and assaulting Jatupol, who fell to the ground. "Pikul was holding the machete. I stepped in to break it up and drove home. I came back in the evening to buy more drugs, when I found Jatupol was dead," he said.

Udon Thani police chief, Pol Maj Gen Pissanu Oonhaseri, led the questioning himself, as Ms Pikul refused to admit to the killing despite the evidence. Ms Pikul was charged with slaying Jatupol but insists she will give evidence only in court. She also faces drug charges, as she was found with ya ba in her system. The other two also will face drug charges, though they are also being treated as witnesses in the case against Ms Pikul.

A colourful ex-monk from Samut Prakan who has tricked temples in three provinces into staging shows and paying for good works has been caught defrauding locals again. 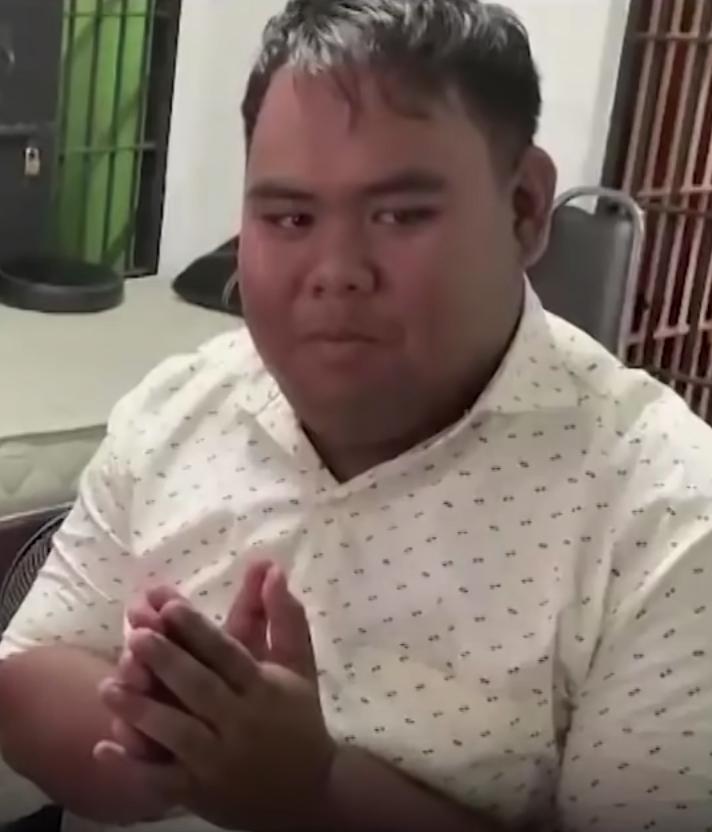 Prachin Buri police nabbed Somchart Phupeuk, or Nott 4G as he is also known, after he persuaded monks at Wat Phram Kaew Chaiya, in Bu Phram, to let him raise funds for a statue of a deity, and living quarters for monks, for which financial support from faithful was sought.

He also proposed a musical show to mark the thod kathin ceremony, for which performers were hired. Total damages from his latest escapade were put at 2-3 million baht.

Police say Nott was recently released from jail for defrauding temple followers, traders and performers of millions of baht in a series of scams hatched in Nakhon Si Thammarat, Nonthaburi, Chiang Rai and Samut Prakan in 2018 and 2019. Nott, who changed his name to "Got" after getting out of jail, approached Phra Sonthaya Santhamano, who oversees living quarters for the temple's monks, in July last year asking to be ordained.

Phra Sonthaya, who knew nothing about Nott's past, found him to be an attentive, hard-working monk. However, before long he was to fall back on his old tricks, claiming in August that his relatives wanted to sponsor a statue of Tao Wetsuwan. The temple arranged T-shirts to help raise funds.

A week later, Nott said his elder sister wanted to sponsor six living quarters for monks, and in October, he said his mother wanted to buy a 400,000 baht van for the temple.

"I couldn't see the harm and I trusted him. Builders, designers, and workers turned up along with steel and other equipment, but I thought nothing of it," Phra Sonthaya said later. He did not ask to talk to any of the benefactors.

The ever-generous, big-noting Nott said he also wanted to put on a show to mark the thod kathin ceremony. Thai traditional performers, a light show, sound system, and even an MC who would broadcast live, were to be hired for the Nov 6-8 event. Nott's usual approach is to arrange the shows and abscond before paying.

However, Phra Sonthaya said he discovered that Nott had taken a supply of steel from the temple, which a monk's relatives had donated for building works. "He claimed that rust had set in and he took the steel to be changed. However, I discovered that he actually took it to be sold. When I realised he was conning us, I laid a trap with police leading to his arrest," he said. Wang Khon Daeng police took him to be defrocked and charged him with fraud. Media coverage showed traders lecturing a dejected looking Nott from behind bars as he awaited the trip to court.