The lack of available verdant space has placed the City of Angels in peril. An environmental expert believes the creation of dozens of 'pocket parks' could be the answer

Surrounded by high-rises, large trees offer shade to urban residents, protecting them from all kinds of pollution. Nevertheless, the expansion of green space in Bangkok remains a tough nut to crack now that vacant land is harder to come by. But an environmental expert believes building pocket parks around corners and turns can help increase green cover and make the city more sustainable. 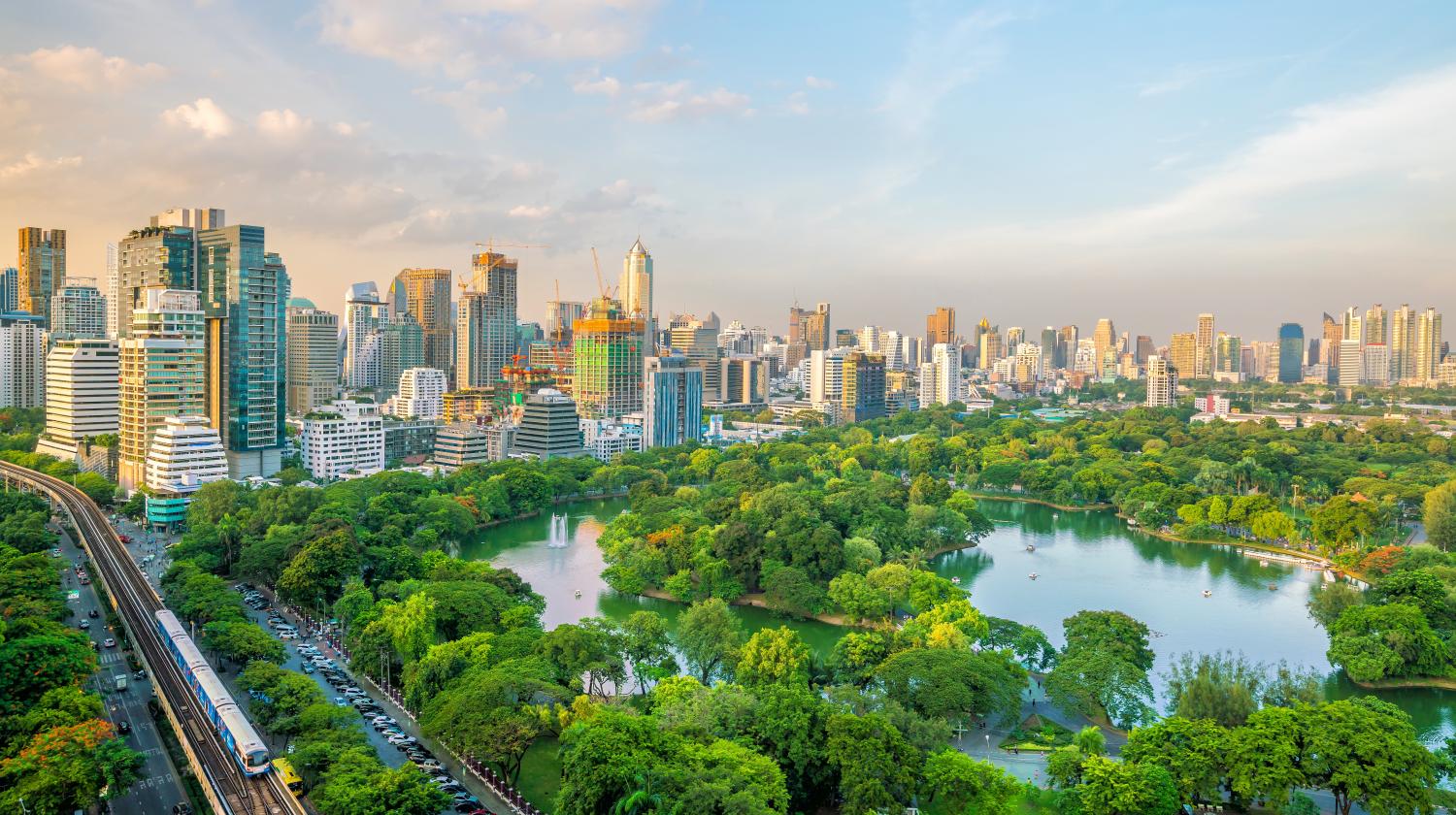 "In previous years, authorities sprayed water to curb the level of air pollution, but to no avail," said Asst Prof Ponthep Meunpong, a forestry lecturer at Kasetsart University. "It is the tree that will improve air quality because leaves can capture dust particles. For example, chamchuri trees can reduce pollution on Witthayu Road."

His remarks came while city residents are now bracing for the annual recurrent smog problem. According to the Pollution Control Department, the amount of hazardous particulate matter smaller than 2.5 microns (PM2.5) will soar this week due to air stagnation.

Certified by the International Society of Arboriculture, Ponthep is an arborist by trade. He knows that not all trees in Bangkok are feeling happy. Some that grow here can integrate very well with the environment; others that are transplanted mainly from the northeastern region are not in good condition.

"In recent years, deteriorating trees have been replaced. Replanting trees is like treating old people. It involves chopping roots. They can't live healthily [in Bangkok]," he said.

The Bangkok Metropolitan Administration launched the Green Bangkok 2030 campaign in December 2019. It plans to increase green space for the city's population to 10m² per person by 2030. Currently, it amounts to the equivalent of 7.3m². 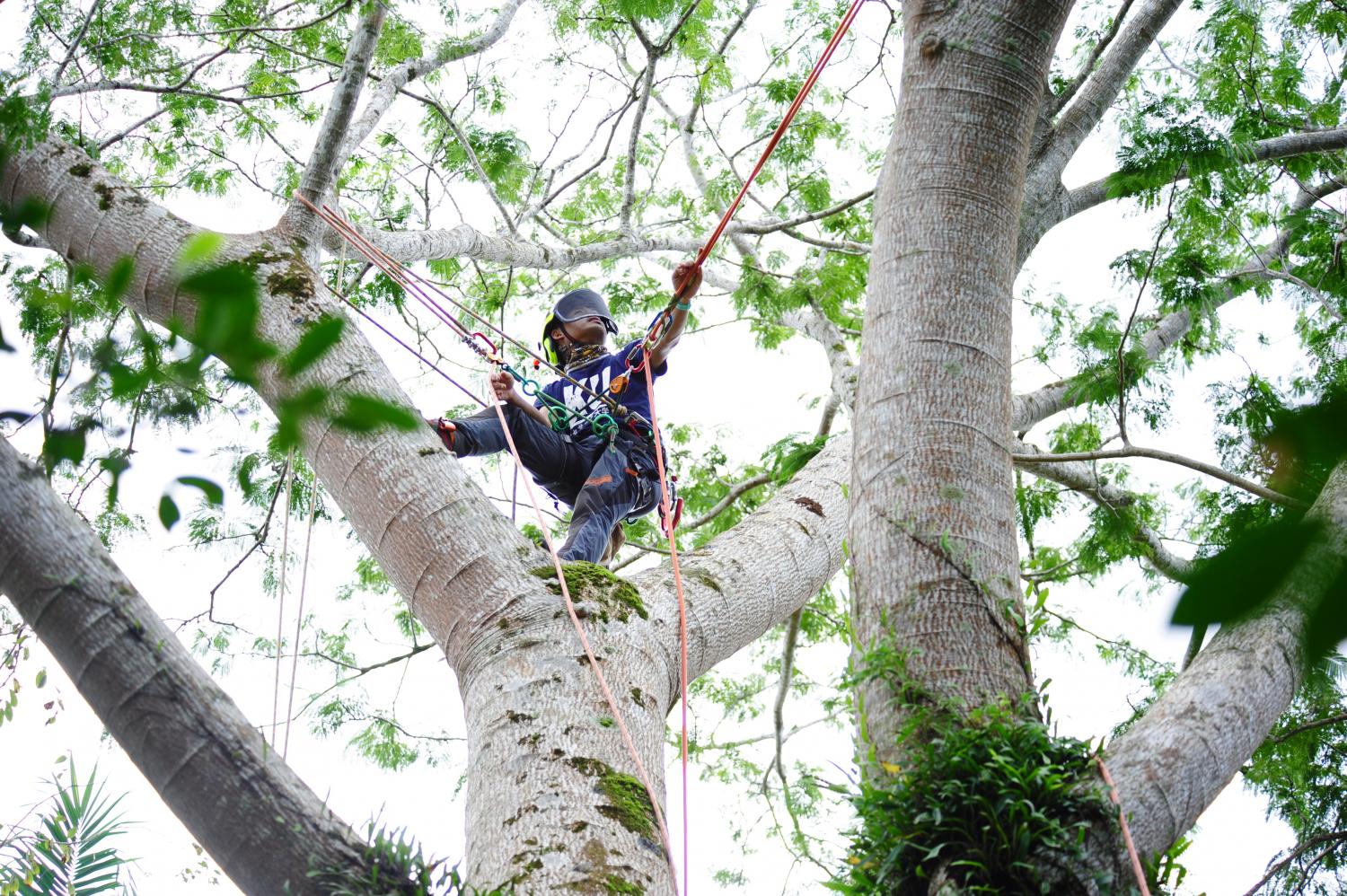 The project also aims to increase the urban tree canopy from 17% to 30% and green space accessibility within a walking distance of 400m from anywhere is the city. As part of this initiative, nine new public parks, covering 220 rai in eight districts, will open by the end of next year.

Ponthep, however, questioned the official figure of 7.3m² per person because it counts all kinds of green space, including street islands and wasteland. In his view, it should calculate usable land only. Currently, Bangkok has around 100 public parks, covering 4,000 rai (6 million square metres).

"Where can we find more land [in Bangkok]?" he asked. "Authorities should keep existing trees in good condition rather than pursue an unrealistic goal." Ponthep said that like other megacities, Bangkok can no longer expand. Instead, it should develop unused land across the capital into pocket parks, be it space under tollways or empty condo corners. Of 100 public parks, only 10 are large venues exceeding 100 rai each, such as Chatuchak Park. 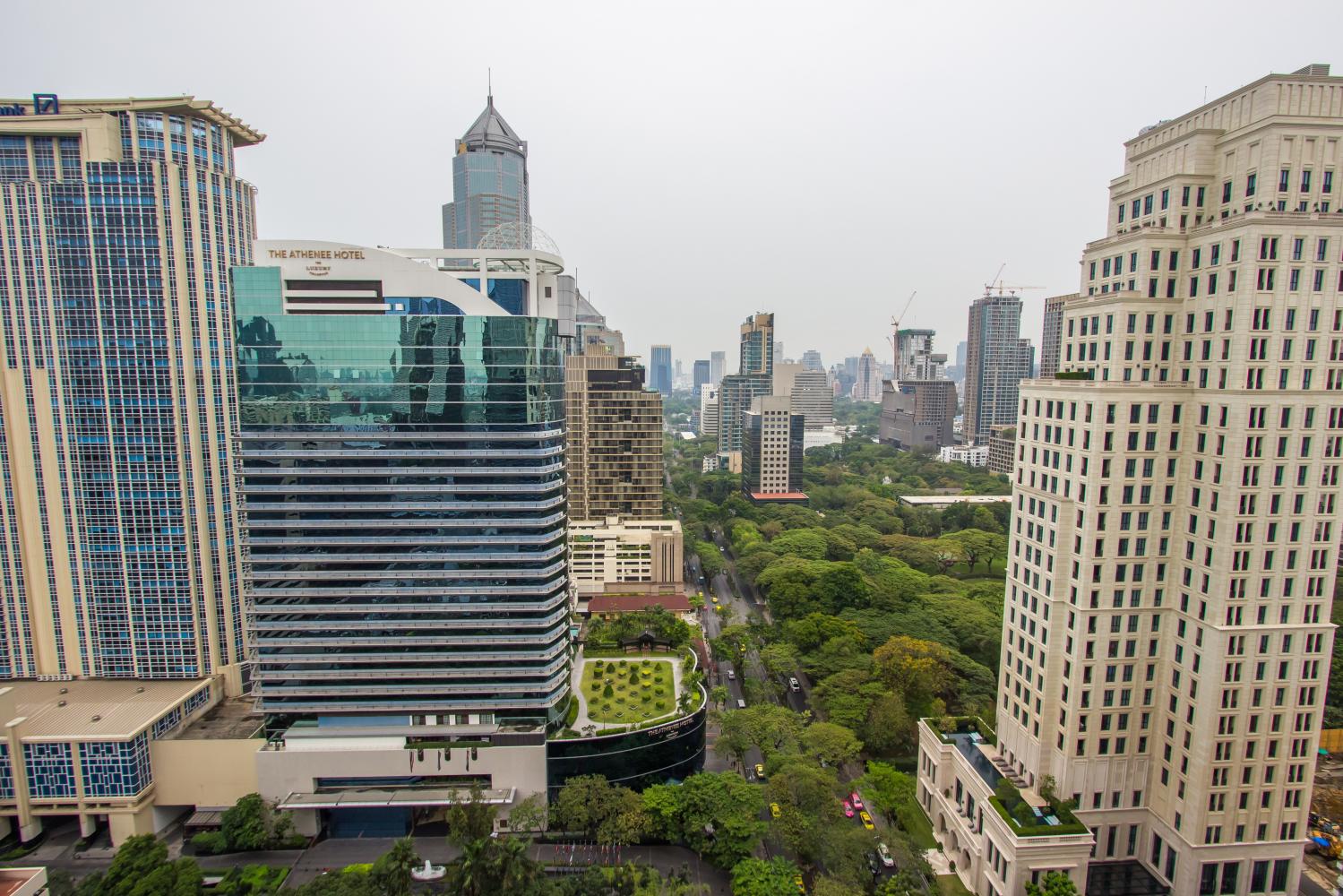 "It is very difficult to create another park of 100 rai. Authorities must come up with solutions. In fact, pocket parks fit our context. They are like warm trouser pockets for urban residents. Not big, but accessible and pleasant," he said.

Designed by Robert Zion, Paley Park in New York is considered the first of its kind. Surrounded by buildings on three sides, it features a high water wall, vertical garden and a seating area.

When asked whether the so-called Miyawaki method (planting two to four trees per square metre) can be applied in Bangkok, he said this technique involves growing different species of trees together to create urban forests, but it does not encourage public use like pocket parks.

"If unused land is nowhere to be found, authorities should consider expanding green space in suburbs like Rangsit and Bang Kachao and build public transport," he said.

The expansion of green space will make the city more resilient because it will be able to cope with other environmental challenges. According to Greenpeace Southeast Asia, seven cities in Asia could be impacted by sea-level rise and coastal flooding by 2030. Bangkok's vulnerability results from monsoon, soft soil, urbanisation and land subsidence. If a flood occurs in 2030, over 96% of Bangkok's land is at risk of submersion.

Ponthep said trees can cushion the impact of flooding, citing mangroves in Bang Khun Thian. Roots naturally prevent coastal erosion, but the transformation of swampy grounds into aquatic farms has worsened the problem.

"We build concrete walls. Still, we succumb to the forces of nature. The recovery of green space is the only solution," he said.

Building Sustainable Cities is a 13-part series that explores essential elements & insights on how individuals and businesses can take action to forge a cleaner, greener tomorrow in collaboration with UOB Thailand. You can view the whole series here.