Hom is where the heart is
Life
Social & Lifestyle

Hom is where the heart is

In Nakhon Phanom, rice fields in yellow-gold are gone with the wind. Late in the year, farmers expect to reap the fruits of their labours only to be broken by substantial loss. Harsh winds damage some rice crops, resulting in everything from bills to unpaid tuition fees. Year in, year out, nothing changes.

The National Centre for Genetic Engineering and Biotechnology (Biotec) recently unveiled a new strain of non-glutinous rice capable of withstanding an unfavourable environment and yielding higher crops than jasmine rice amid the country's drop in exports.

Hom Siam, which literally translates as "the fragrant country", is a new cultivar that descends from two parental rice varieties with resistance to blast disease and drought. Biotec is registering its brainchild with the Department of Agriculture. Once approved, it will be made available for public use.

Jonaliza L. Siangliw, a researcher for Biotec, had conducted research on Khao Dok Mali 105 (jasmine rice) in her postgraduate study. Fully aware of its shortcomings, she has been leading the project to develop a new cultivar. Hom Siam outperforms its predecessor in three areas. 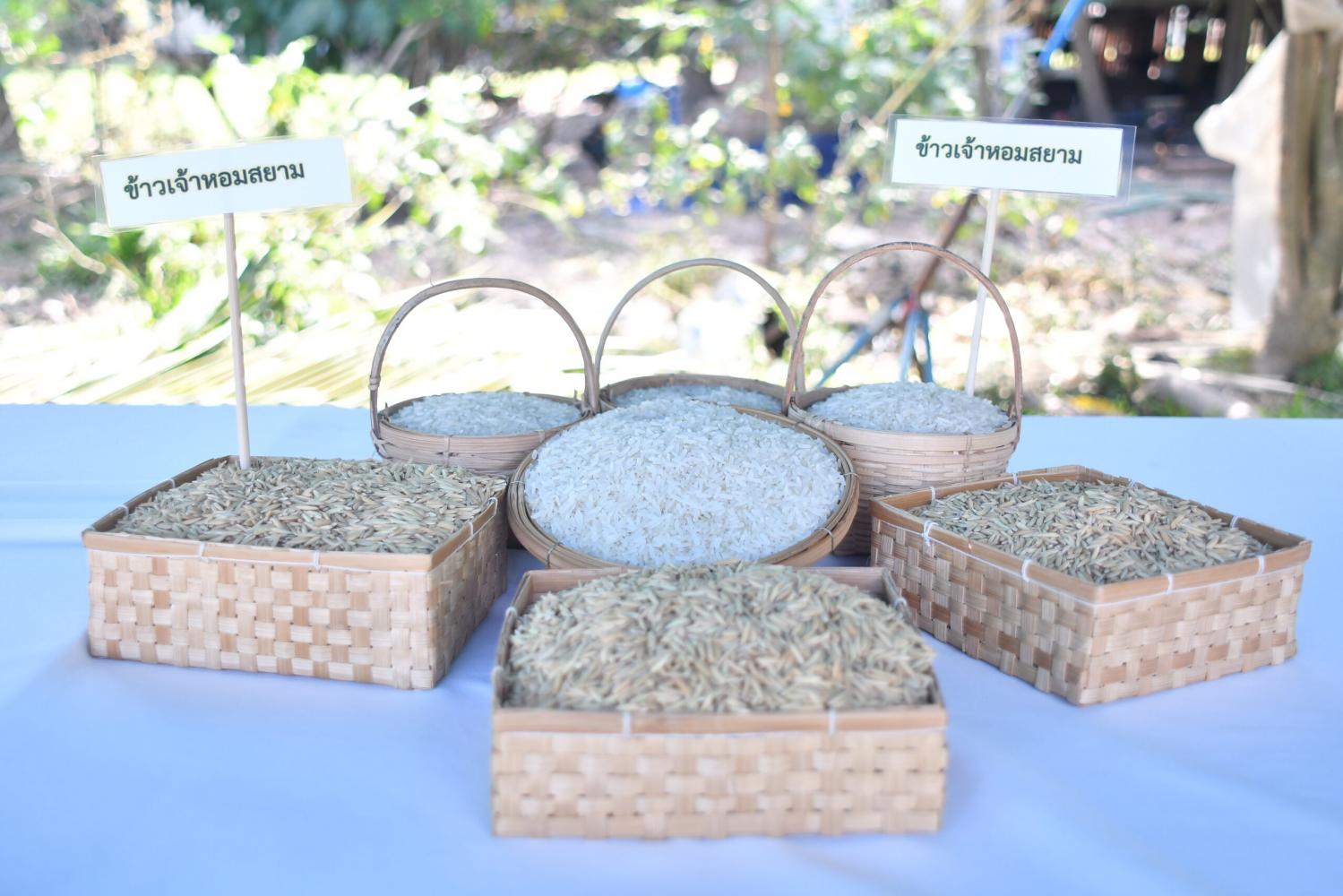 "In terms of sturdiness, the rice stalk is only 120cm in height, shorter than its counterpart being 150cm in height. It doesn't fall down easily in windy conditions. It is also more resistant to blast disease and more productive. The number of seeds per panicle is higher," she said.

In 2020, researchers put the cultivar to the test in Ubon Ratchathani, Amnat Charoen and Si Sa Ket. Results showed that its average yield is 532kg/rai, more than twice its counterpart's figure of 248kg/rai. Harvests in Si Sa Ket and Bueng Kan peaked at 800kg/rai and 1,000kg/rai.

"It can quicken the advancement of rice breeding. We want a premium rice strain for export. Of course, there is jasmine rice. But can other attributes be added? Bearing this in mind, our team have developed the new cultivar to increase sturdiness, immunity and productivity. 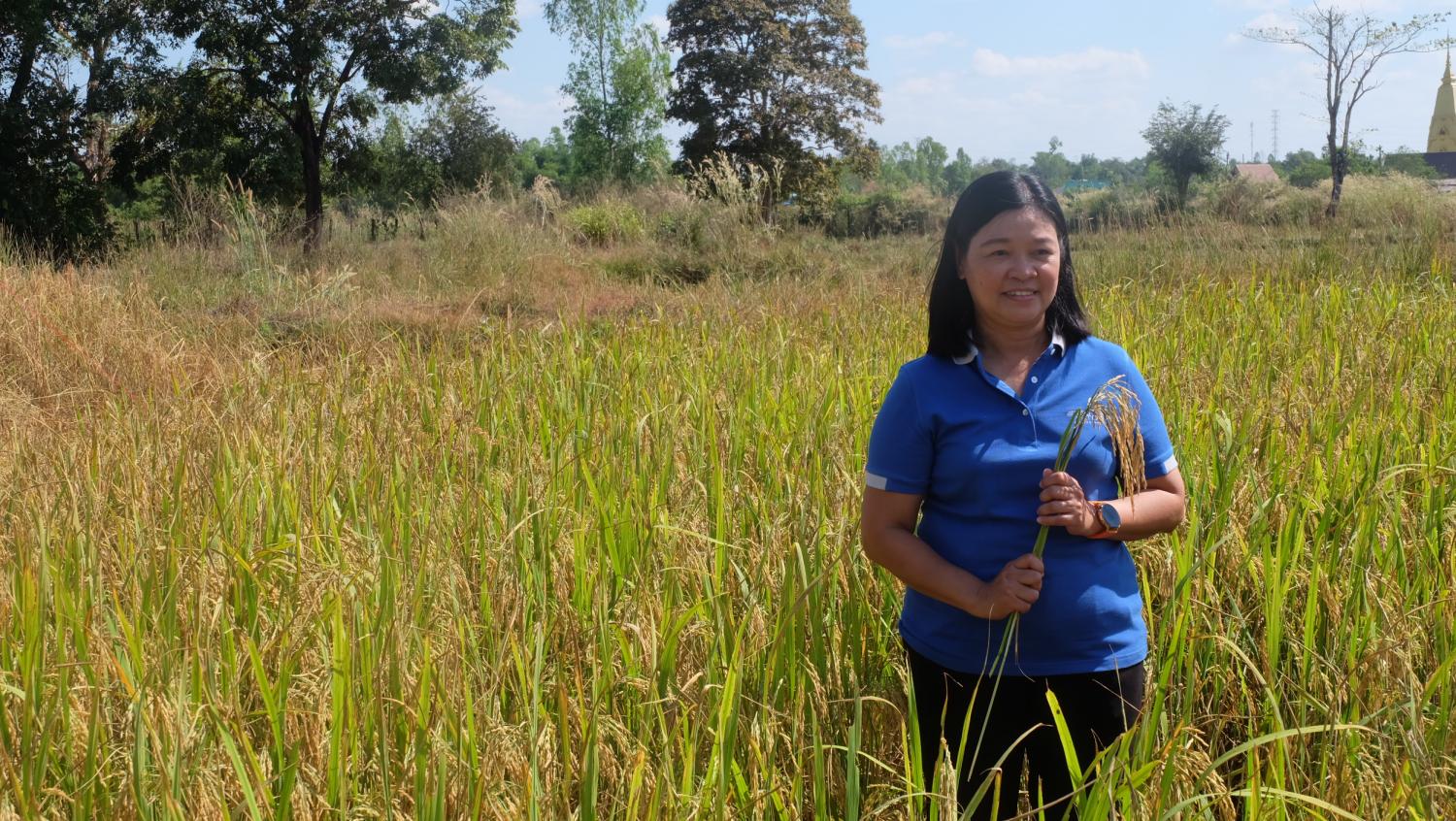 "The technique of marker-assisted selection has been around here for two decades. We have already decoded genetic materials from all rice varieties. Next, it is just the matter of reconstructing new strains and putting them to the test." Still, it has a long way to go. "We have created the new rice breed, but it is far from a success. It is still a nearly finished product," said Kanyanat Sirithunya, an expert in plant breeding. For her, success boils down to acceptance by farmers, business operators and exporters.

Ratthaphon Phoniyom, a local rice expert, collected samples from five plots of land in Nakhon Phanom. He expressed concern about bacterial leaf blight disease because Hom Siam is not yet resistant to it. Most fragrant rice varieties are basically affected by bacteria because they can grow in a tropical wet climate.

"It can damage crops completely. It is 10 times more severe than diseases caused by fungus. Factors include rain, urea fertiliser and lack of sunlight," he said.

The development of new rice strains is part of government strategy. Assoc Prof Somporn Isvilanonda, an expert at the Knowledge Network Institute of Thailand, said the country is losing its competitive edge because the cost of production is very high, thus raising export prices.

"Hom Siam will be a viable alternative. Farmers can reap less than 400kg/rai of fragrant rice, but it costs up to 10,000 baht/tonne. If Hom Siam yields double [to over 800 kg/rai], the cost of production will lower," he said. 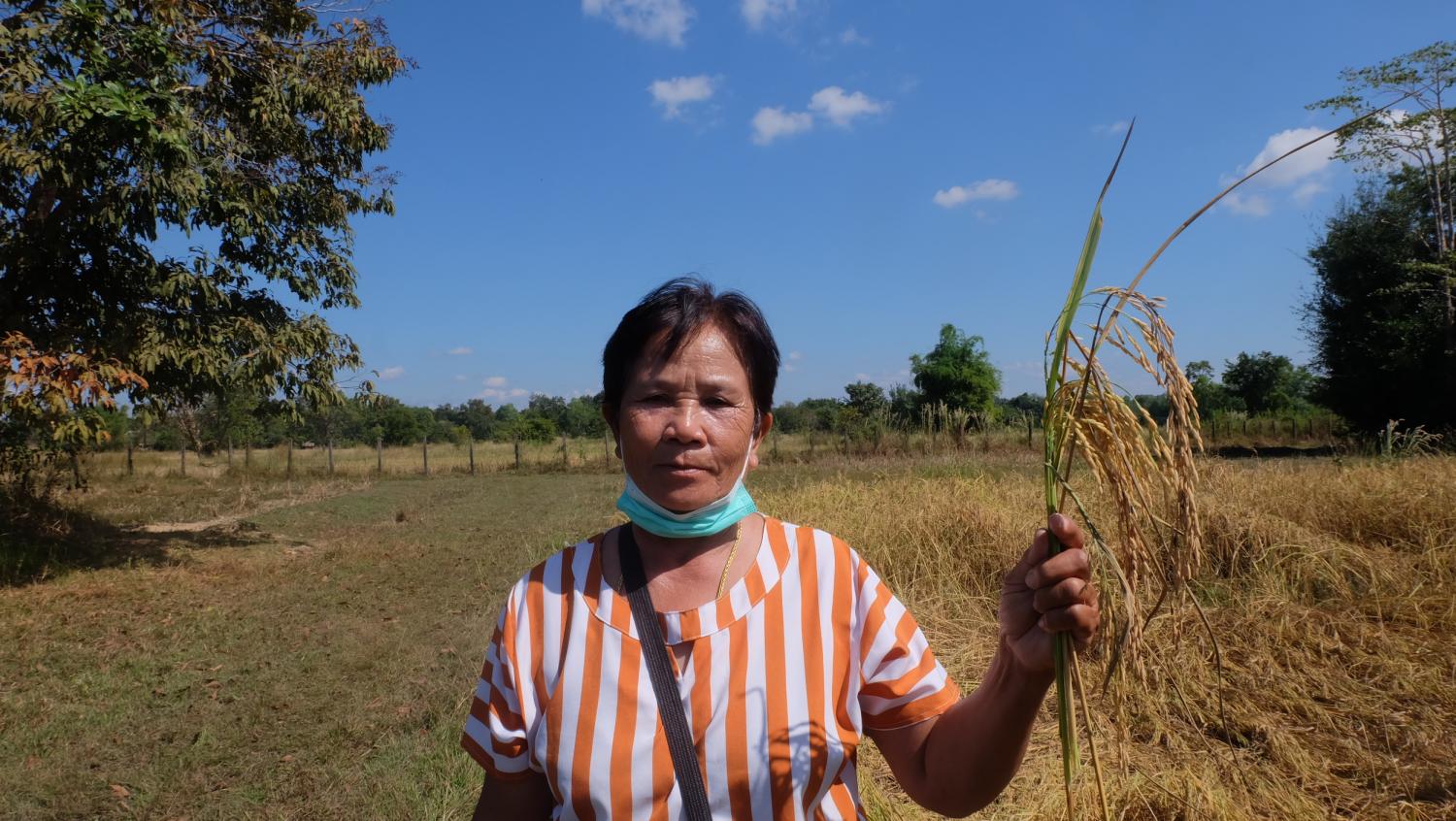 Somporn said Vietnam is leading the field because it has changed its strategic focus on rice varieties from hard texture to soft texture and invested in research and development, for example, ST24, Nang Hoa 9, Jasmine 85 and OM 5451.

"Hom Siam will reclaim the title for us, but we need further support. In particular, communities can play a crucial role in cultivating it and joining hands in managing farms. Don't forget that a high-speed train will run from Laos to China, creating opportunities for exporting rice," he said.

Vallop Manathanya, chairman of Bangsue Chia Meng Rice Mill, which produces and exports jasmine rice, said the supply chain should agree on reasonable prices because it is a win-win situation for all. He demonstrated that even though Hom Siam is sold for lower prices, it can double profits because it has a high turnover.

"We hope that the development of rice strains really benefits local people because it rarely happens," he said.

Meanwhile, the government has prepared supportive measures for farmers, including rice price schemes for those who grow five rice varieties, to ensure that they will continue to practise rice cultivation in line with domestic and international markets.