On Aug 13, 2021, aviation photographer Bradley Wentzel had to work quickly within the small window of the “golden hour” morning light to capture four vintage planes flying above Virginia Beach, in a dramatic tight formation that at times put them less than 3m apart at speeds of over 320kph.

The new Super AVI series is a celebration of aviation history with designs inspired by the four legendary planes and Breitlng’s Ref 765 AVI from 1953. Following its launch, the wearable flight instrument was an instant hit among aviators, who nicknamed it “Co-Pilot”. 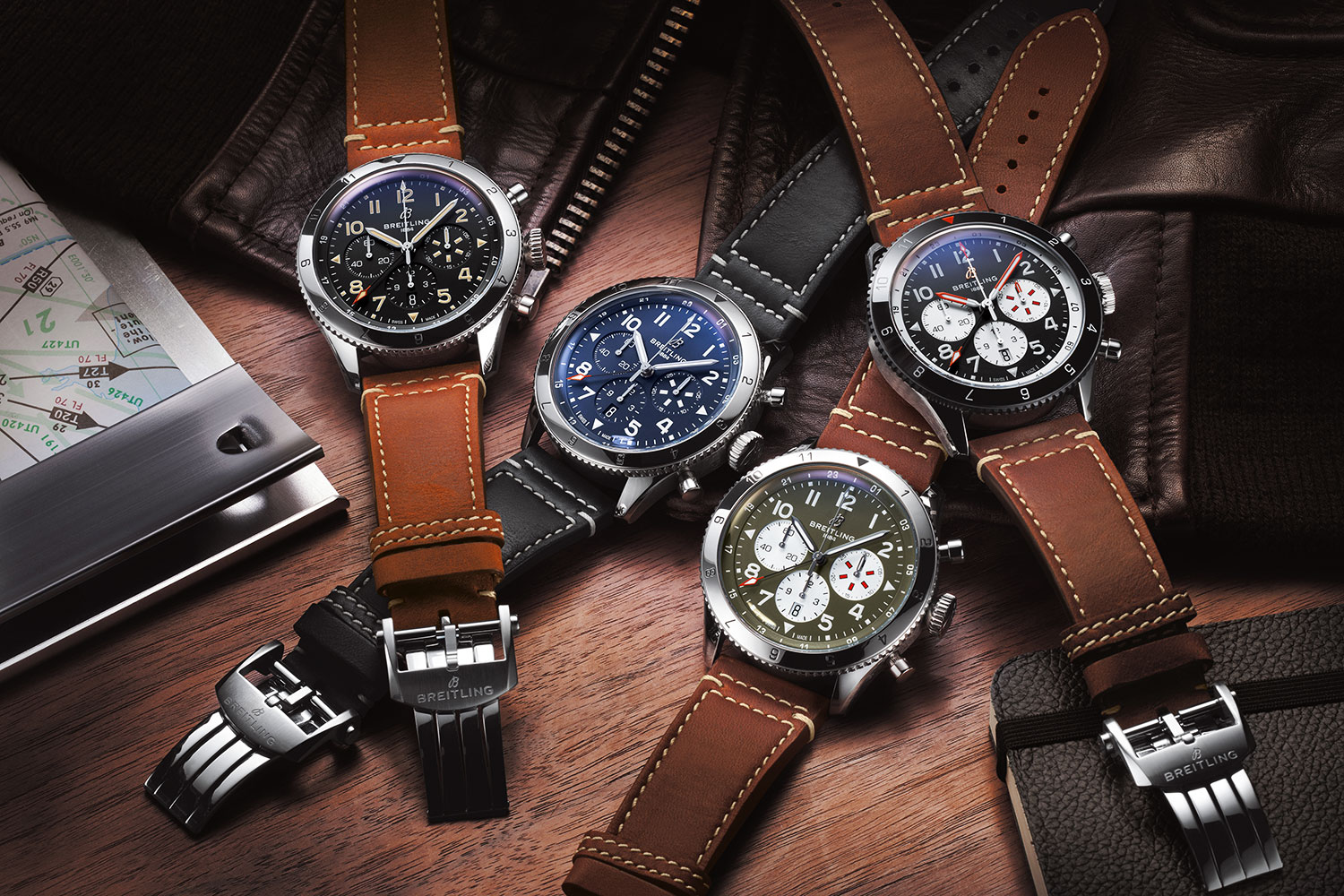 “We can’t forget that Breitling pioneered aviation tool watches like the Ref 765 AVI. That heritage is so strong, we had to not only keep it intact but rewrite it for the 21st century,” said Breitling creative director Sylvain Berneron.

The Super AVI chronograph GMT collection comprises five models, each presented in a sturdy 46mm case with an oversized crown at 3 o’clock. Knurled bezels provide optimal grip, and top-stitched calfskin straps give a nod to the seams found on leather flight gear of the era.

The dial and bezel feature large, highly legible Arabic numerals. A second time zone can be tracked using the 24-hour marking on the inner bezel and the red-tipped GMT hand.

“Our watchmaking DNA is what dominates here, while the interpretations of the four aircraft give the Super AVI series its emotion and bold graphic appeal. Taken together, these elements evoke the spirit of early flight,” said Berneron.

The Super AVI P-51 Mustang comes in two versions — one in a stainless-steel case with a black dial and gold-brown leather strap, and the other in a red gold case with an anthracite dial and a black leather strap.

The P-51 Mustang was built in a mere 120 days, and its developer, North American Aviation, didn’t anticipate that the single-seat fighter would be such a powerhouse when it took off in 1940. Its low-drag wings and engine-cooling system — considered experimental — gave it unprecedented speed and range. The addition of a Merlin engine expanded the plane’s performance to high altitudes, making it the best all-purpose fighter of its time. 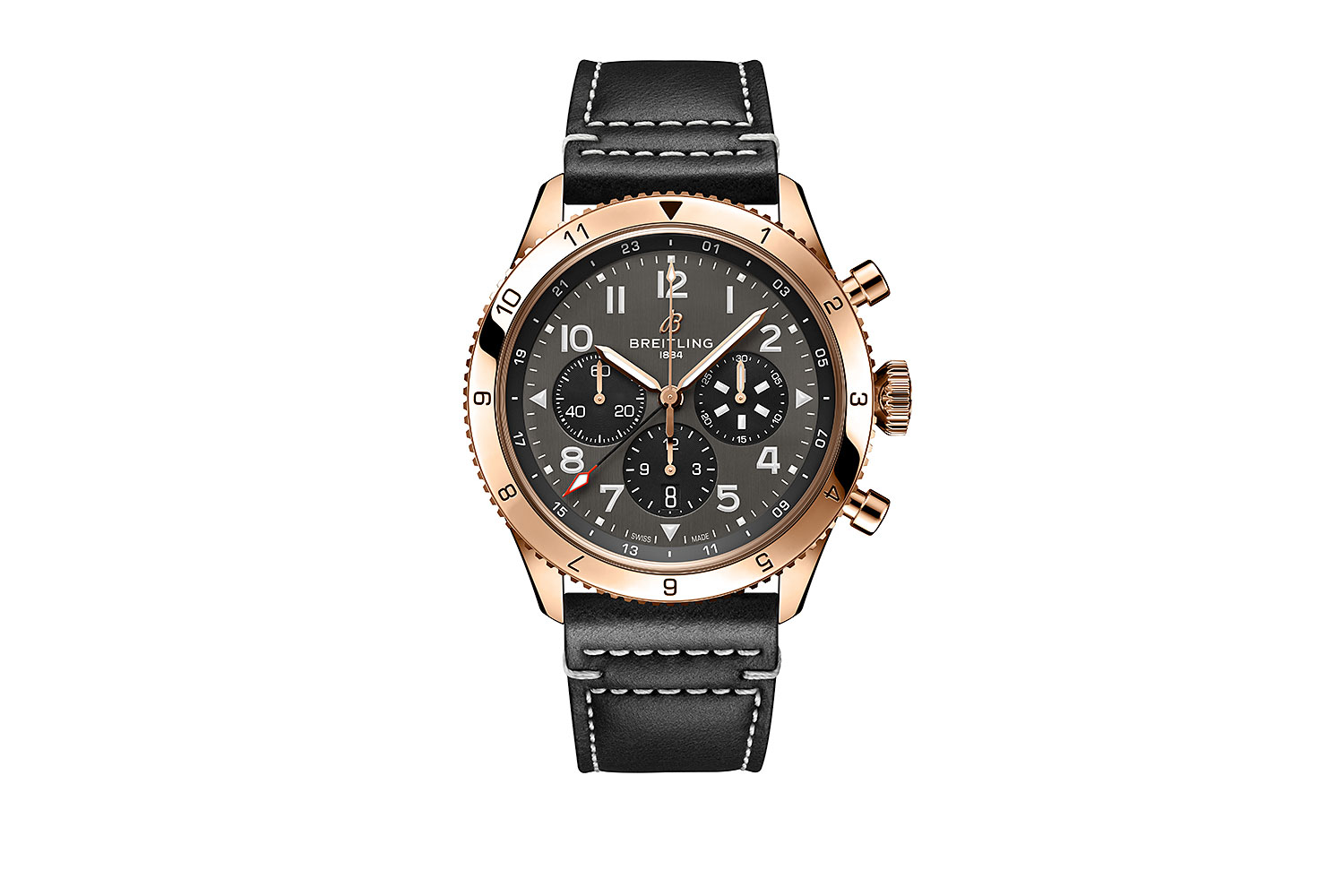 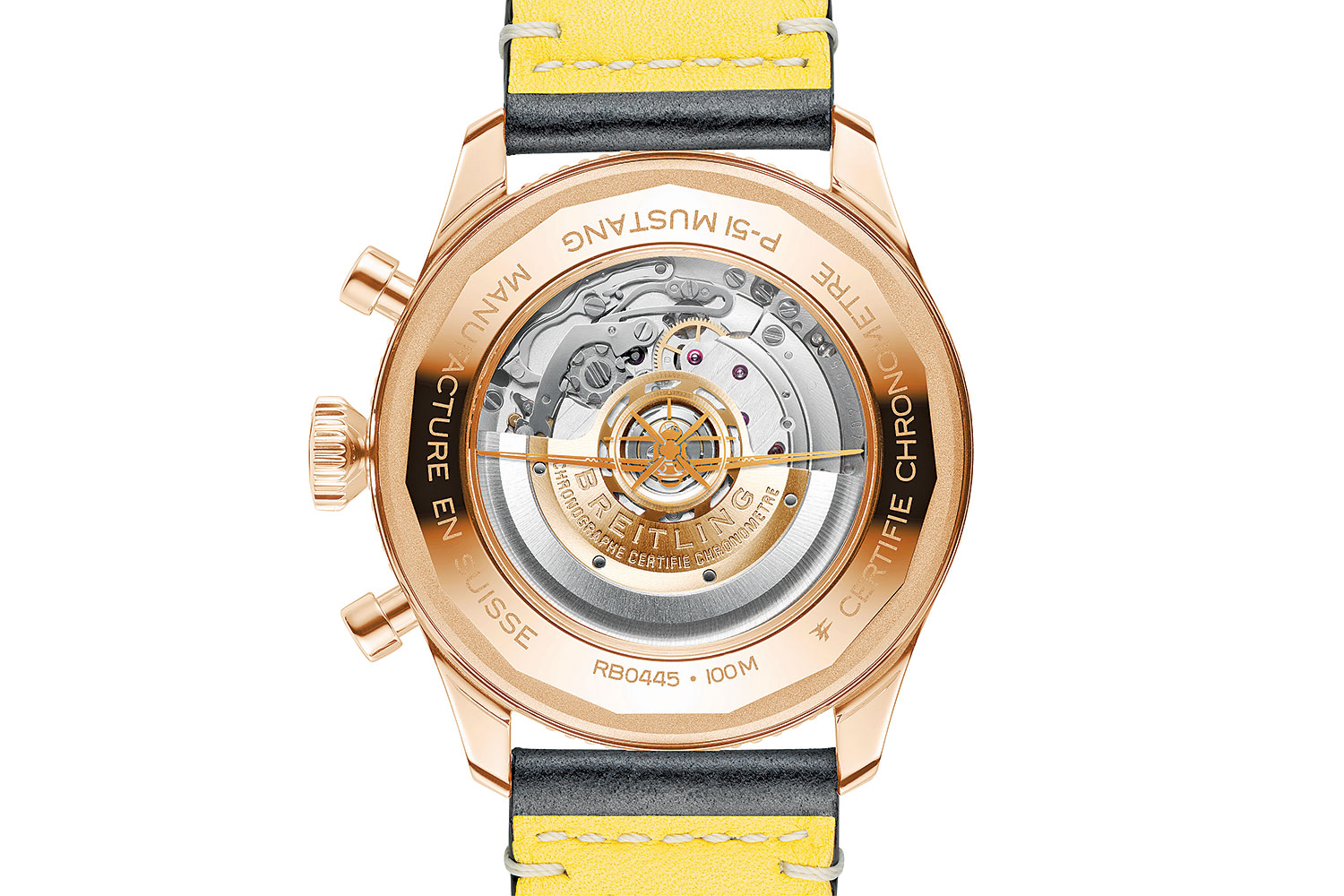 The Super AVI Tribute to the Vought F4U Corsair features a blue dial, tone-on-tone chronograph counters, and a black leather strap that take their design cues from the record-breaking WWII naval aircraft.

The Vought F4U Corsair had to make tricky takeoffs and landings from carriers and remote landing strips. Speed and lift were crucial, and the Corsair came through with flying colours, becoming the first single-engine fighter to crack the 640kph mark, while also providing an exceptional rate of climb. Its “bent-wing” design, oversized propeller and signature blue livery make it an emblem of aviation history.

With a military-green dial, white chronograph counters and red accents, the design of the Super AVI Curtiss Warhawk plays on its namesake’s shark-mouth nose that gave the pursuit aircraft its unmistakable identity.

The Curtiss P-40 Warhawk first flew in 1938 and quickly proved itself as a master of agility. It wasn’t just the plane’s capacity for pulling jaw-dropping turns that gave it an in-flight edge, but its robust structure meant it could tolerate harsh weather conditions and even many mid-air collisions.

The design of the Super AVI Mosquito combines a polished and satin-brushed black ceramic bezel with a black dial and white contrasting chronograph counters. Its red and orange elements recall the roundels and markings found on the versatile plane, dubbed the “Wooden Wonder”.

In an era when aluminium and steel shortages were common, the engineers behind the de Havilland Mosquito made use of a still plentiful material — wood. The “Wooden Wonder” caused shock waves when it outperformed its metal contemporaries to become one of the fastest planes built between 1940 and 1950. Its superior manoeuvrability allowed it to multitask in roles as far-ranging as a light bomber, night fighter, transport and photographic reconnaissance aircraft.