A contract labourer in Trang who tried to kill his ex-girlfriend's new lover has gone to ground, worried the pair will try to harass him, his mother says. 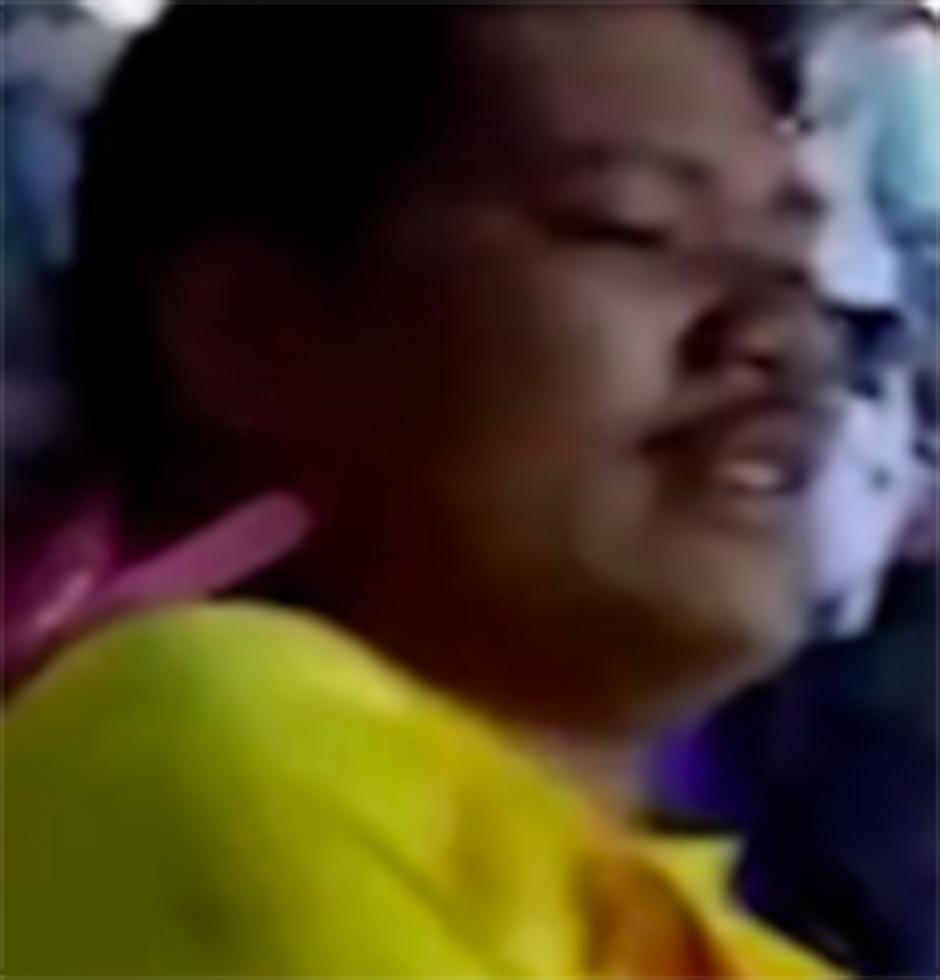 Saknarin "Phee" Saelim, 25, who cannot accept that his former girlfriend, who works in "entertainment", has left him, on Jan 8 invaded her home and lunged at her new boyfriend, Theerarat Prongdong, 34, with a knife.

Mr Phee, who was drunk and no match for the man he attacked, was himself stabbed during the melee and admitted to hospital. However, since being discharged, he has renewed his threats against the pair's life, even as police hunt for him.

Reporters who visited his family home were told by his mother that Mr Phee, despite being the aggressor, has gone into hiding, as he is afraid for his safety. 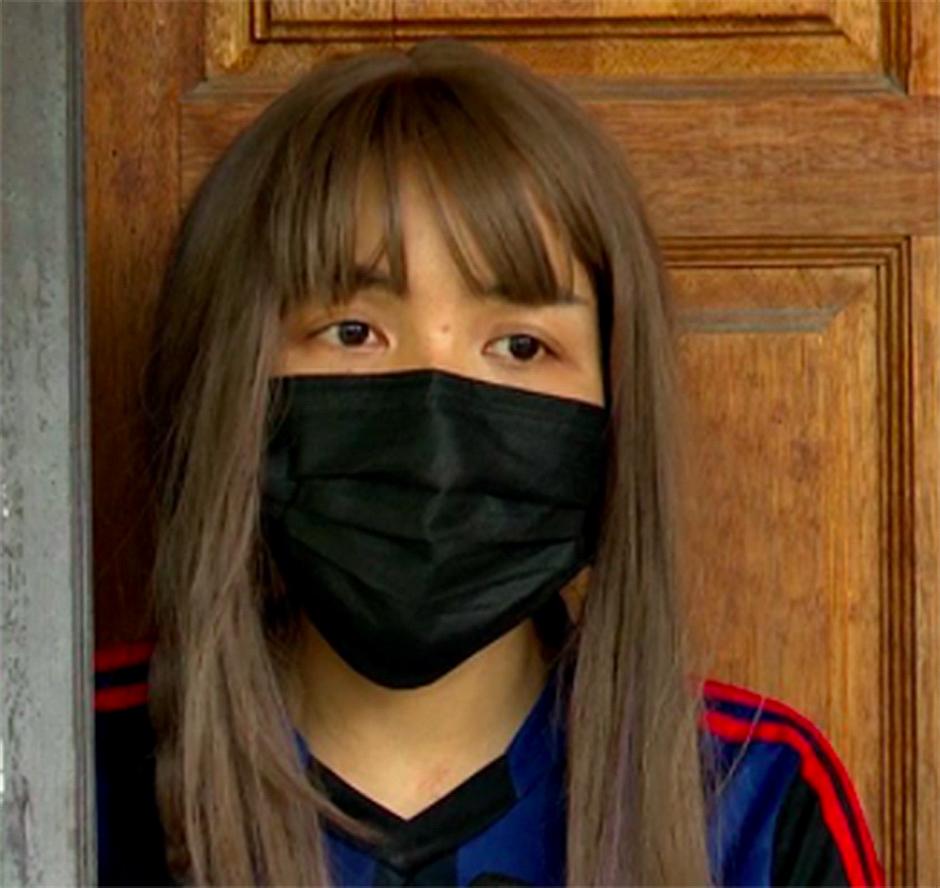 The bizarre twist in the domestic saga from the south has locals agog, and follows a string of violent incidents in which Mr Phee, who broke up with his girlfriend, Fasai Saisomjing, 32, a month ago, tried to show his "love" for her, culminating in the home invasion and stabbing.

"I have never loved anyone as much as you. If you and the boyfriend show up at the police station I will shoot you. I am happy to go to jail for 20 years," he tells her in an audio clip which Ms Fasai recorded as evidence after he was released from hospital.

Mr Theerarat, who emerged unscathed from the attempt on his life, said he is worried for his safety. After Mr Phee threatened to kill him and Ms Fasai, his own mother had forced him to leave home, as she is worried he could take out his aggressions on Mr Theerarat's family.

"I hope the pair can reach a better understanding," said Mr Theerarat, a fruit vendor, referring to Mr Phee and Ms Fasai.

Ms Fasai said she ended their three-year relationship because Mr Phee turns violent when he drinks. He had come to their place four times since mid-December making mischief, she said.

On the day of the stabbing Mr Phee turned up on his motorcycle at Ms Fasai's place in Thap Thiang, Muang district shortly after midnight, and hollered at the pair to come out.

Mr Theerarat and his girlfriend are shown in a clip refusing to open the door and telling him to leave.

After Mr Phee tips over Mr Theerarat's motorcycle, which has a fruit cart attached, he kicks in their doorway and lunges at Mr Theerarat with a knife.

However, Mr Phee is drunk, and Mr Theerarat is able to swat away the knife. A lengthy tussle follows before Mr Phee himself ends up stabbed twice in the chest.

Mr Theerarat was able to break free from Mr Phee's grasp and grab a fruit knife from the kitchen to defend himself.

The clip does not show him stabbing Mr Phee but seconds later breaks to a scene in which Mr Theerarat is helping his foe. Mr Phee notices he has been stabbed and is bleeding. Both men, having lost their fighting spirit from moments before, tell the woman to call an ambulance.

As Mr Phee dreams up ever more inventive and self-destructive ways to show his "love", the saga perversely has forced a strange kind of weary understanding between Mr Theerarat and the man he replaced. 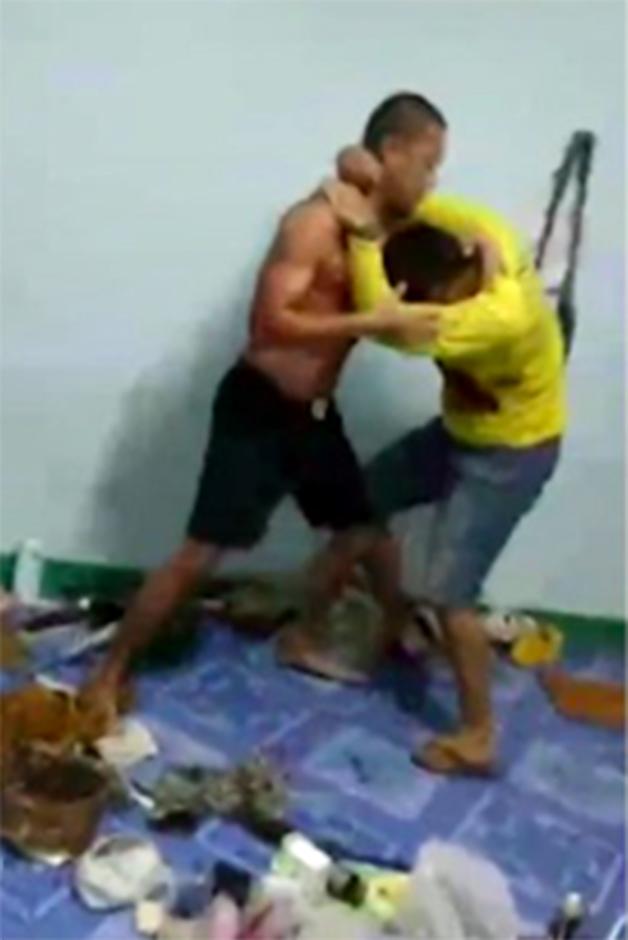 The guys fighting at Fasai's place. Saknarin, yellow t-shirt, was stabbed and admitted to hospital.

Last month Mr Phee tried to hang himself in front of his ex-girlfriend, but was saved when Mr Theerarat intervened.

Ms Fasai's new lover has also rescued Mr Phee from two other supposed attempts on his own life. When he tried to drown himself nearby, Mr Theerarat went in and saved him.

After that, Mr Phee lay down on the road hoping to get run over. Mr Theerarat, who called police to help, managed to drag him to safety.

The couple are worried about what the heartbroken Mr Phee will do next. Mr Phee threatened to kill them after the road stunt, prompting Mr Theerarat's mum to eject him from home. He moved into Ms Fasai's place.

In one of Ms Fasai's inevitable clips, Mr Phee is shown on the day he tried hanging himself at her house. He falls to the ground when Mr Theerarat intervenes. "Why do you have to do this?" she asks, almost sounding annoyed.

Ms Fasai said she did not get along with Mr Phee's family when they were seeing each other. "They are people of means and influence, and disliked the fact I am in entertainment," she said. "I have complained to police about his behaviour in the past, to no avail," she said.

A man who shot an ex-friend's pregnant wife as he chased the pair in Chachoengsao denies he meant to hit her, saying his real target was his former mate. 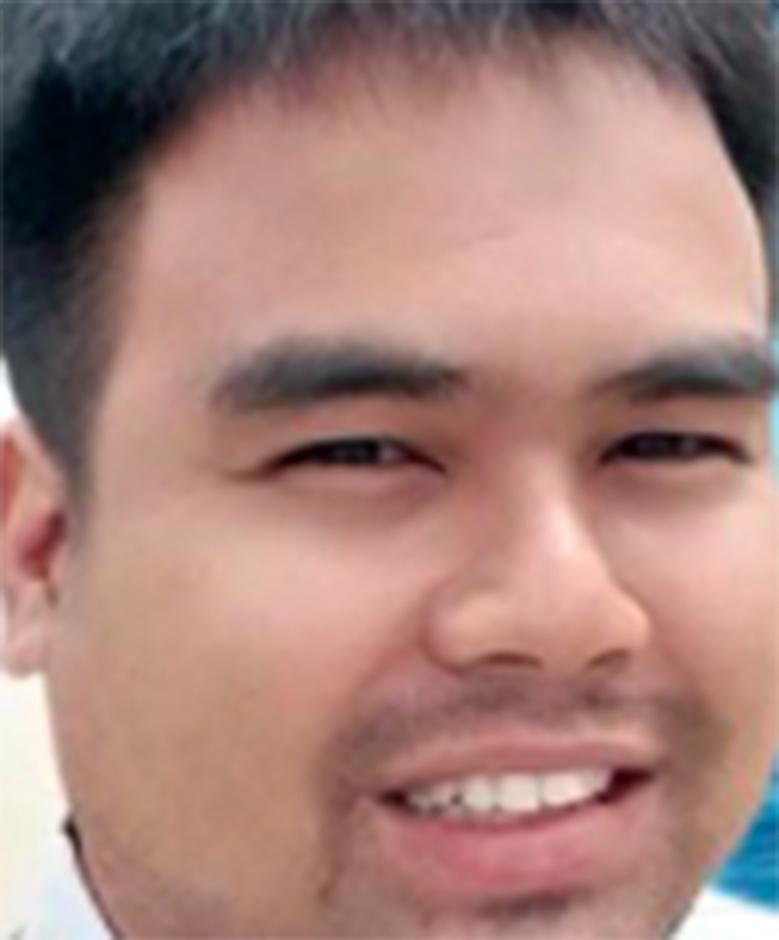 Santisuk Jaihuab, 27, admitted shooting at Piyapong Pukson, 35, and his wife in Bang Khla district on Jan 12 in anger over Piyapong having raped his ex-girlfriend 10 years before. He handed himself in to police later the same day.

Mr Santisuk, in a Toyota Yaris, lay in wait for Piyapong, who was taking his six-months pregnant wife, Kanokwan Nakkorn, 35, to her home at 8.30am. Piyapong was on a motorbike and says when he went past the Yaris and saw Mr Santisuk, he knew he should flee for his life. 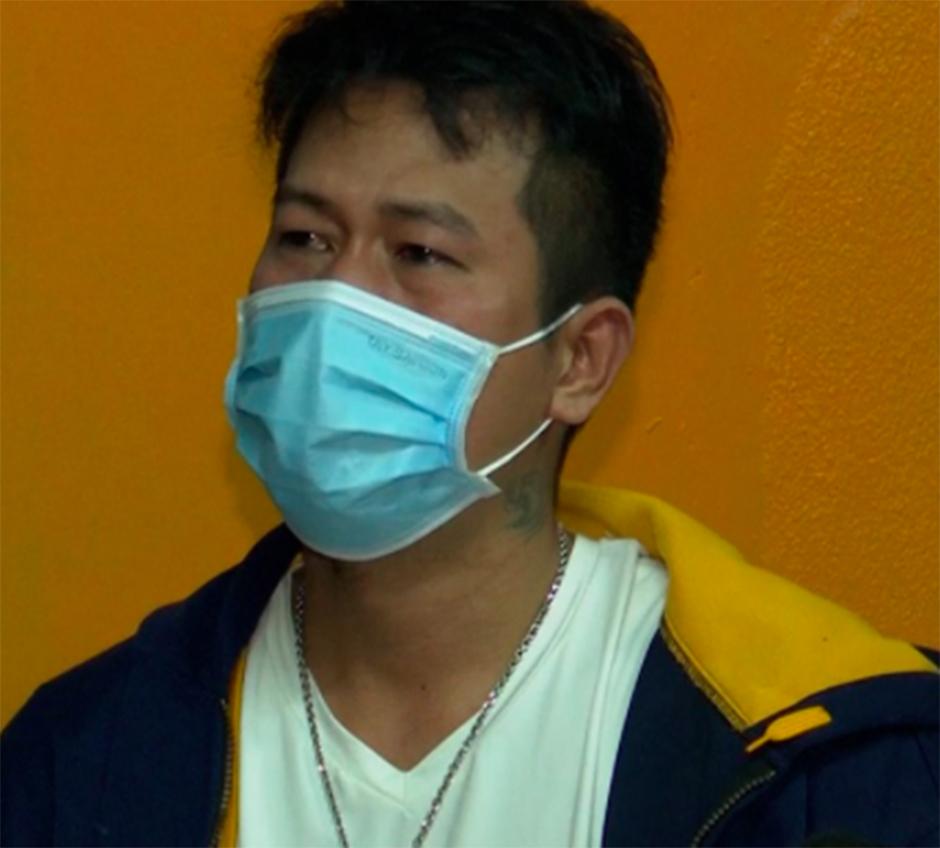 Piyapong, who served five years in jail between 2012 to 2017 for raping Mr Santisuk's former girlfriend, sped up in the hope of evading the larger vehicle.

Mr Santisuk shot at the pair eight times as he gave chase. One bullet hit Ms Kanokwan in the back and passed through her front. 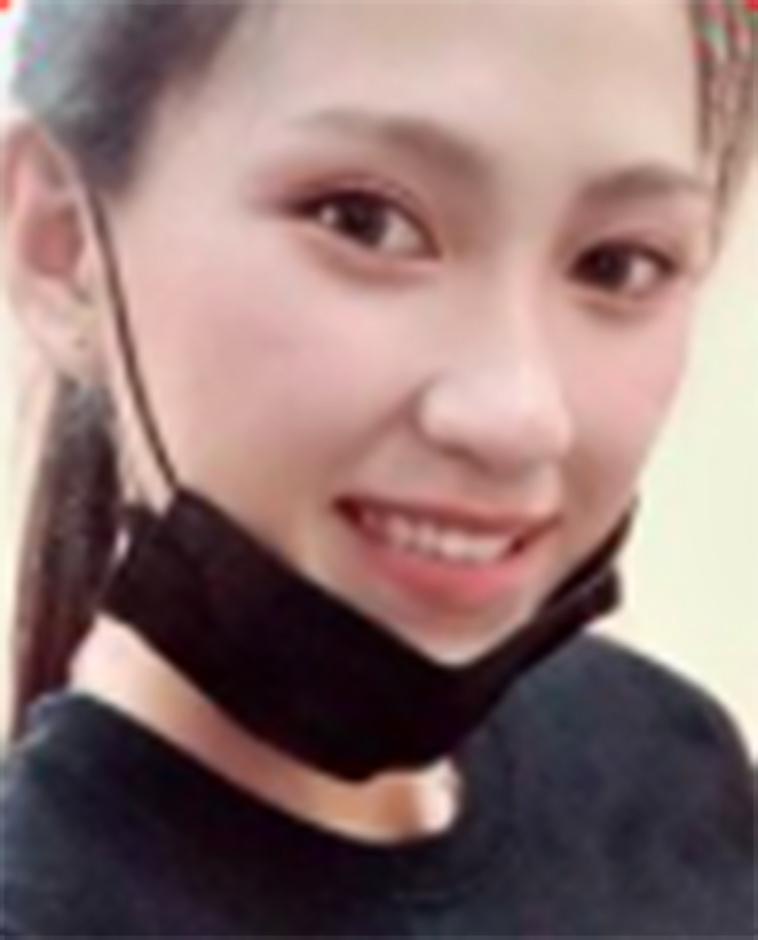 Piyapong lost his balance and tipped over. As he cradled Ms Kanokwan, Mr Santisuk got out and fired two more shots, which luckily missed the pair, before fleeing.

With the help of locals, Piyapong was able to lift his injured wife on the back of a pickup and get her to hospital.

At 5pm she underwent an operation when the doctor, according to one media report, told Piyapong he would have to choose between Ms Kanokwan's life and their unborn child. In anguish, he said he could not decide and left it to doctors.

Earlier, at 2pm, as Mr Santisuk handed himself in to police, he said he did not mean to hit Ms Kanokwan, merely Piyapong.

Recounting their dispute, Mr Santisuk said he and Piyapong were once mates who dabbled in drugs. Piyapong's account of events is that they were drinking when Santisuk's girlfriend lured Piyapong into having sex with her, only to claim later it was rape.

Mr Santisuk's side, however, said Piyapong tricked Mr Santisuk, father to three children, into leaving to buy alcohol, when he set upon his wife.

"We tried conciliation with him but Piyapong refused to talk, so finally we complained to police," said Mr Santisuk's elder brother, Anusorn, aged 30.

Mr Santisuk had since left his girlfriend and Piyapong had served his time but the dispute between the pair still festers, he said. Since his release from jail, Piyapong revs his engine whenever he passes their place, he said.

Mr Anusorn said he would like to say sorry to Ms Kanokwan, who was not involved. "I would also like to talk to Piyapong to see if we can put an end to the bad feelings before this back-and-fro quest for revenge causes any more damage," he said. Police are mulling charges.

Seeing off the intruder

A religious man in Satun shot and stabbed a flirtatious rubber trader showing indecent interest in his wife.

The case has sparked expressions of sympathy for Mr Abdul, who despite the brutal nature of the attack is a religious man who does good works for society. His victim, by contrast, was a known philanderer, who nonetheless also raises his own family.

Mr Abdul found him outside his house, trying to attract the attention of his wife, and shot him once in the back. When he fell, he stabbed him in a frenzy of rage, leaving him with wounds to the head, back and neck.

Speaking to police, Mr Abdul said he was at the mosque praying about 3km away when his wife called to say that Sulaiman, a trader whom the family had dealt with previously, had turned up at the rear of their property and was trying to gain entry.

She was alone inside with their three children, though relatives live in two or three houses nearby. All sell goods at the local market and come home late.

She had told her husband previously that Sulaiman flirted with her. However, she did not reciprocate the interest.

Mr Abdul raced home and found Mr Sulaiman still lingering at the rear of their place, where the couple farm bean sprouts. He said he shot him with a rifle given to him by the village militia.

"I also pulled out a knife I carry with me and stabbed him. I was so angry I can't remember where he stabbed him, but I did it many times," he told police. He did not flee, but calmly waited for their arrival with the village headman, Pramuan Saengwiman.

Mr Pramuan, a village head in Wang Yao, said the victim was a womaniser. "I told him not to go flirting with Mr Abdul's wife, but he refused to listen," he said.

Mr Abdul, who with his wife is also a religious teacher, is a good guy who works hard, he said.

Teeka Leemad, an aunt of the wife's, said the couple are rubber tappers and also grow bean sprouts for sale. "They are such hard workers they were able to build their own home from a young age," she said.

She heard from her niece that the victim parked his vehicle about 300m away and cut through palm and rubber plantations to get to the rear of her property. Locals believe he knew Mr Abdul would be busy at the mosque so took advantage of the timing to see his wife.

Pol Lt Col Songwut Wangmad, investigator at the station, said the victim had turned up uninvited at the rear of the place before. Police charged Mr Abdul with intentional killing and having a weapon without permission.