The world of Thai country music (pleng luk thung) was reeling from news of the death of luk thung legend and National Artist Waipoj Phetsupan last Wednesday. Waipoj, 79, was one of the Big Four central Thai luk thung stars -- Chaichana Boonachote, Chai Muang Singh and Kwanjit Sriprachan, all National Artists, are the others -- all of whom are masters of all the central folk styles. 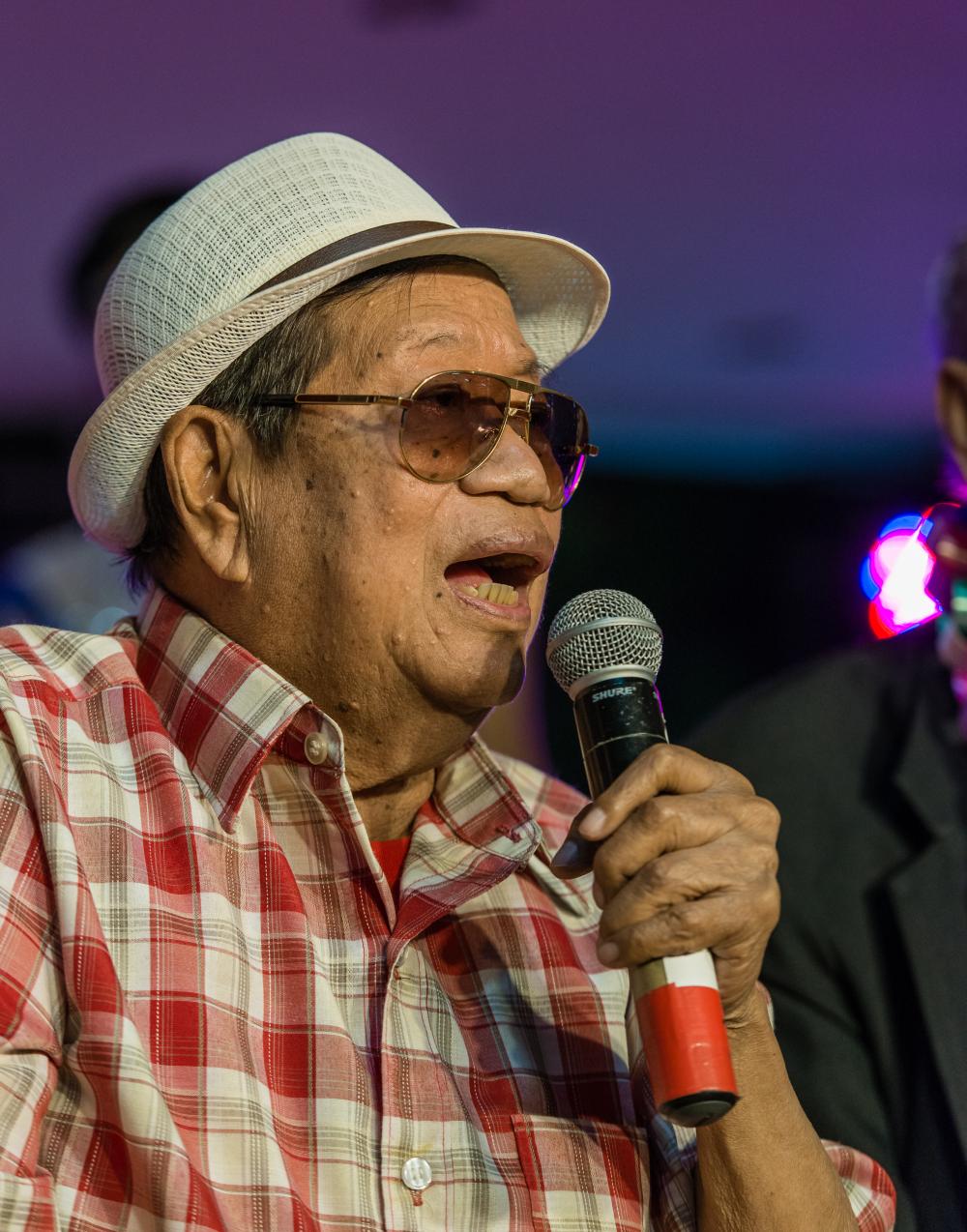 Born Phan Sakulnee in Wang Nam Yen in Suphan Buri province to a family with Lao ancestry, Waipoj learned folk music, especially pleng esaew, from his mother who was also a singer. He was also often dubbed Raja Pleng Lae (King Of Lae Song), for his mastery of this soulful folk style that developed from begging songs and is used for ordination of novices at temples -- he was not impressed with this term.

He started his career in 1962 and in that decade, he invited a young Kwanjit Sriprachan to join his luk thung band. The two formed a popular partnership and toured all around Thailand. He also mentored the late great Queen of Luk Thung, Pumpuang Duangjan, composing some of her early hits such as Kaew Raw Phee and Nak Rong Baan Nork (Countryside Singer). Waipoj told me that she was destined to be a star despite her background (she was illiterate).

I was very fortunate to see Waipoj perform lae songs for a fundraiser with Tossaporn Hemaphan at Pata Department Store in Pinklao. I got to see him in action close up, and was very impressed with his distinctive hard-edged voice and ability to improvise lyrics on the spot (as I made a donation, he quickly included me in the song).

Waipoj's influence on the luk thung genre is considerable and his humble approach to his craft was an inspiration for many singers and musicians. Check out some of his greatest hits, from Ding Dong to Taeng Thao Tai to Fang Khao Thit Kaeo to 21 Mithunaa-yon. There are plenty of Waipoj's old concerts and recordings on YouTube; if you're not familiar with this great artist do check out these clips. Waipoj was the real deal and was revered and loved across the Kingdom. Rest in peace.

Just prior to the sad news that Waipoj had left us, another Suphan Buri native luk thung star, Sornphet Sornsuphan, died. Born in 1948, Sornphet began his career in a ramwong band and rose to fame in the mid-1970s with Khao Mai Mee Khai, which won an award from a local radio station. Sornphet was famous for his sweet, distinctive, high-pitched voice and he enjoyed a string of huge hits in the 1970s and 1980s. In recent years, illness prevented him from performing.

Ronnie Spector, who died on Jan 12 at 78, was an influential style icon for rock'n'rollers, punks, indie singers and many more (for instance, think of Amy Whitehouse). Born in New York, she formed The Ronettes with elder sister Estelle Bennett and cousin Nedra Talley in the late 1950s. The band enjoyed a string of hits in the 1960s, especially in 1963-64, with Be My Baby, Baby I Love You, The Best Part of Breakin' Up and Walking In The Rain.

The Ronettes sound was created by mad producer Phil Spector, whom she married in 1968. He was abusive (and later convicted of murder) so she left him to start her own solo career; she would later successfully sue Phil Spector for royalty payments. In 1990, she published a colourful biography, Be My Baby: How I Survived Mascara, Miniskirts And Madness.

James Mtume (born James Forman) who died on Jan 9 aged 76 was a multi-instrumentalist who grew up in a jazz playing household in Philadelphia. He rose to fame in the early 1970s when he played with Miles Davis and was in great demand as a sideman and session musician throughout his career. He performed with McCoy Tyner, Gato Barbieri, Art Farmer and Eddie Henderson, among others.

In the early 1980s he formed a funk band, Mtume. He also developed a song writing partnership, Mtume-Lucas Productions, with Mtume band member guitarist Reggie Lucas. The two wrote R&B hits for Donny Hathaway, The Spinners and Teddy Pendergrass. His 1983 hit Juicy Fruit is perhaps his most famous song, and has been sampled in over 100 songs by mainly hip-hop artists from Alicia Keys to Nikki Minaj. Mtume's sparse, electro-funk really caught my attention when it came out in 1983. I ran out to buy the 12-inch single and I sometimes spin it on my DJ nights -- it's so groovy and lascivious at the same time. Highly recommended.