With Omicron taking hold worldwide, Life spoke to three health experts who warn new variants will continue to emerge and how Covid-19 is not nearing an endemic stage

Like all viruses, SARS-CoV-2 adapts for survival. First identified in South Africa in November, the new variant of concern, Omicron, has now swept across the world. It carries a large number of mutations, including those on the spike protein, which are thought to increase transmissibility. However, studies have found that it causes milder infection than previous variants.

After two years of battling the virus, some doctors began to float the controversial endgame theory early this month. It could be rooted in pandemic fatigue, but the beginning-of-the-end speculation has given a glimmer of hope that the new variant will offer herd immunity like a natural vaccine and bring an end to the cycle of infection, lockdowns and new normal.

Other doctors, however, have challenged such claims on the grounds that vaccines, by definition, do not cause illness. Moreover, exposure to the virus can still lead to severe cases and fatalities. Despite having little or no symptoms, some patients may develop persistent health problems after recovering from infection.

In light of this debate, Life spoke to three health experts who debunked the endgame theory. In their view, exposure to the virus can overwhelm the public health system and heighten the chance of viral mutation. While the current jabs are less effective, pan-coronavirus vaccines, coupled with other measures, can keep the virus at bay.

Can the virus act as a natural vaccine?

Dr Thiravat Hemachudha, chief of the Thai Red Cross Emerging Infectious Diseases Health Science Centre, dismissed such an idea because vaccines are not intended to cause illness and transmission. When it comes to herd immunity, it is a form of protection from infectious disease given a high percentage of the population is vaccinated.

"If Omicron is used to create herd immunity, we will sacrifice vulnerable groups like the elderly and those with underlying diseases. If this is the case, it shouldn't be called a vaccine," he said. "Such a comparison gives a wrong impression that the public should catch the virus." 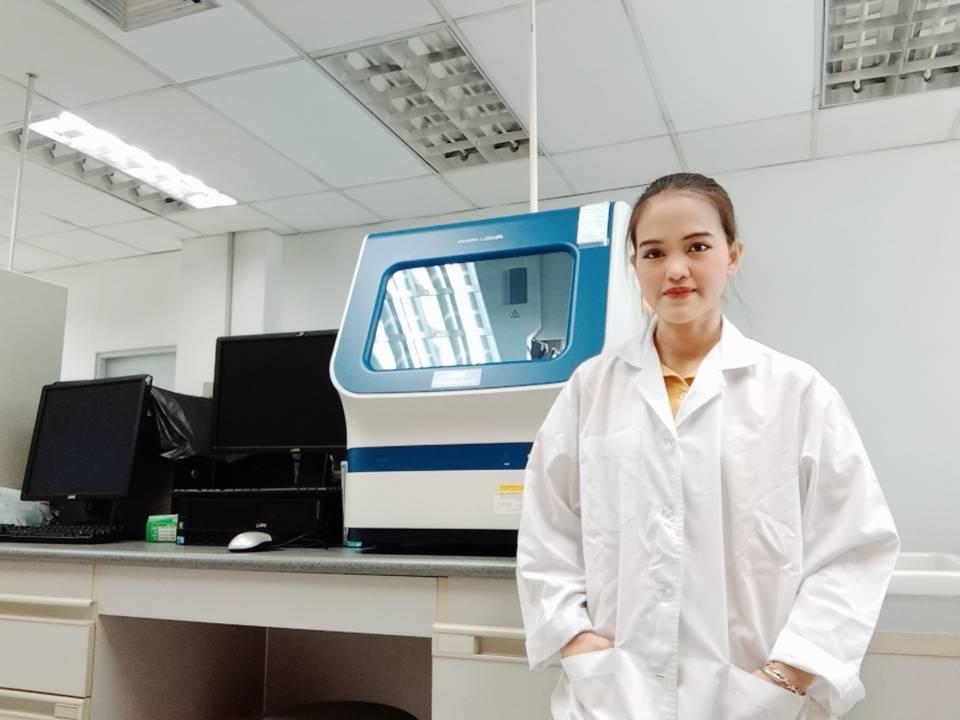 Patcharaporn Boonyos, a medical scientist in virology at the Thailand-Japan Research Collaboration Centre on Emerging and Re-emerging Infections, a collaboration between Osaka University and the Ministry of Public Health, similarly disputed the claim because mutations do not reduce virus pathogenicity.

"It is wrong to comfort people with the dangerous thought that it causes milder illness. In fact, those who have caught the new variant can still get sick regardless of vaccination status," she said. "There was a case in which more than 10 people, though fully vaccinated a month ago, caught Omicron and were given favipiravir, but the virus reached their lungs on the sixth day."

She differentiated a pathogen from a vaccine, which offers longer-lasting immunity without causing illness and undesirable symptoms. However, herd immunity has not been achieved yet, whether from infection or vaccination. Even countries that lead the world in vaccination are experiencing reinfection.

"Omicron is a case in point for what an emerging disease is like. It is a heavily mutated variant. Delta can infect eight people, but Omicron can infect up to 15 people," she said.

Are there undesirable consequences?

Dr Manop Pithukpakorn, head of the Centre of Research Excellence and Precision Medicine at Siriraj Hospital, said if Omicron is allowed to spread, it will lead to hospitalisation and increase the number of severe cases and fatalities since a mild infection does not preclude the possibility of illness.

"Thirty percent of those infected with earlier variants developed very little or no natural immunity. Previous infection doesn't guarantee protection. Vaccines still work even though stubborn variants can reduce their effectiveness. It is better than being unvaccinated," he said. 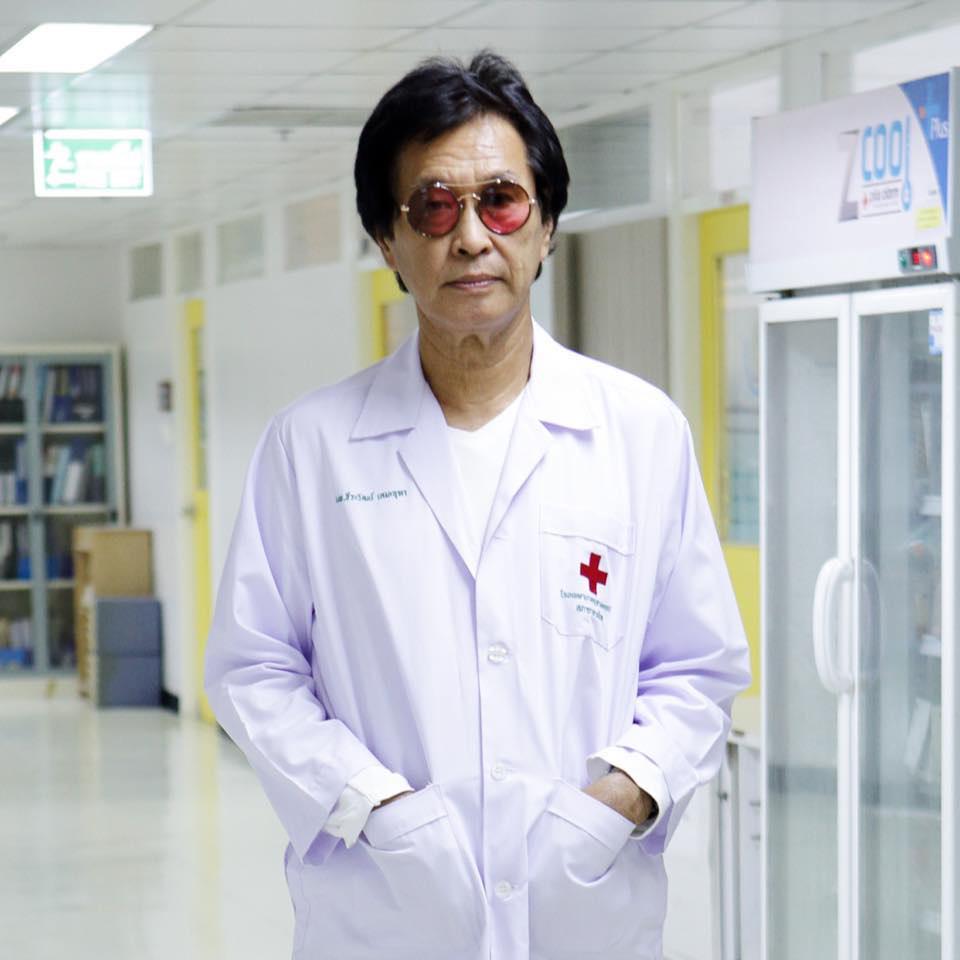 Dr Thiravat echoed the same view, adding that the coronavirus, regardless of variant, can cause patients to suffer from long Covid symptoms, including lingering problems, reemerging diseases, and new illnesses like dementia and diabetes.

"Don't let your guard down," he said.

Patcharaporn said complacency can lead to delayed treatment, which complicates infection in terms of an immune response. For example, a cytokine storm can cause a multiple system disease, which affects the nervous system, body movement and mental health. It can also lead to an autoimmune disease.

"Exposure to the virus is not recommended because it can cause short and long-term problems," she said.

She warned that transmission can lead to mutations because when viruses enter living hosts, they will replicate and cause errors in genetic coding, which can give them advantages, like better transmissibility and immune evasion. Viruses adapt not only in humans but also in animals for survival. When ping-pong transmission occurs, animals can give these viruses back to humans, which means that they are more efficient.

"Cross-species transmission can result in endless mutations. Omicron is not the endgame. If infections persist, viruses will mutate and there will be new variants. If they get into animals and jump back to us, they will develop greater potential," she said.

"It is not true that Omicron mutates in a way that allows human hosts to survive. In fact, viruses evolve in a random manner, but will keep what works best for them."

Dr Thiravat said his centre has followed up on five patients, whose condition deteriorated despite receiving the antiviral drug favipiravir for five days. Besides deteriorating pneumonia, they were found to have a higher viral load. Viruses also changed their genetic code compared to what it was on the first day of infection, making previous treatment ineffective.

"Is this Deltacron? It is basically Delta, but some parts of it are like Omicron. It is not a reassortment, but pressure forces the virus to adapt," he said. "But external and internal forces can keep the virus at bay. For example, China enforces zero-tolerance coronavirus policies, including lockdowns and thorough screenings, and provides immediate treatment."

He said the current shots were not designed for new variants, which explains why breakthrough infections occur. While pan-coronavirus vaccines are rolled out, other kinds of pressure should be applied to keep the virus at bay such as the use of local herbs like fah talai jone.

"It works in labs, field hospitals and communities. It can exert immediate pressure when an infection is detected. It might be an answer when vaccines and drugs can't handle the virus," he said.

Patcharaporn similarly stressed the need for multivariant vaccines because current jabs can bring the outbreak under partial control in light of mutations. However, they should be coupled with other measures, like pandemic surveillance, screening and personal hygiene. People must social distance and wear face masks indoors and outdoors. "Exposing yourself to the virus can put everybody in danger," she said.

Will Omicron become an endgame?

"Dreams must be grounded in reality. I have not seen any data that points in such a direction," said Dr Manop. "Those who claim that Omicron is milder often cite statistics of Africa and the UK where severe cases are not high compared to total infections. In fact, they should consider the absolute number, not the ratio.

"For example, the ratio of severe cases to total infections is 1:100. If new cases rise to 10,000, severe cases will be 100 compared to other virulent variants that spread slowly."

Dr Manop has not yet seen signs that the coronavirus pandemic will become endemic. This will happen when the virus is found in particular areas only. For example, the Spanish Flu caused great loss a century ago because people did not have immunity against it. As time went on, the mortality rate reduced to 1/1,000 (0.1%), which can be described as endemic.

"However, the fatality rate of Covid-19 remains at 1%, which is 10 times higher than influenza. Becoming endemic depends on the pathogen's behaviour and response by the population," he said.

Dr Thiravat also dismissed the endgame theory because other mutants will likely dominate. He will be able to assess the severity of the current variant and its impact on the public health system in mid-Feb. If the situation becomes more critical than other countries, it is possible that our population is more vulnerable.

"By the time Omicron infects everybody, other variants will emerge. Omicron is an endgame in itself and for Delta, but not for new variants," he said.

Patcharaporn said the emergence of a new variant challenges the conventional theory of a pandemic in which an outbreak dies down.

"From the original strain in Wuhan to Omicron, there is no tendency for the coronavirus to become endemic. What we mean by this involves bringing everything under control, which never happens," she said.