Short of breath at night, Ekkaluk Thongchan decided to ignore his doctor's instructions and rummage through his bag for herbal pills believed to treat fever and respiratory symptoms. Made of kot chula lumpa (sweet wormwood) and boraphet (heart-leaved moonseed), the temple-grown remedy gave him a new lease of life.

"After an hour, I could breathe and sleep. Since then, I took these pills on top of prescription drugs until I fully recovered from Covid-19," he said.

Ekkaluk had caught the new Omicron variant from musicians in Kalasin in late December. After being admitted to hospital, he was given a combination of favipiravir, prednisolone, fluimucil and other medicines. Staff told him not to use herbal drugs because it would cause his body to overwork but unfortunately, his condition had turned from bad to worse.

He initially doubted a friend who had bragged about the herbal pills, a creation of venerated monk Phra Ajarn Narong Chayamongkhalo. It was not until a few capsules threw him a lifeline that the words sank in. He ended up being the first to be discharged from the hospital early this month.

"I am not sure why I got better, but the drug helped me breathe," he said. It is the first known case reported amid the current Covid-19 wave.

In light of this controversy, health experts weighed in with different views on the effectiveness of the monk's herbal recipe, rooted in ancient literature. While some doubt remains, practitioners of traditional medicine hope that further research will shed light on its hidden potential to treat Covid-19. 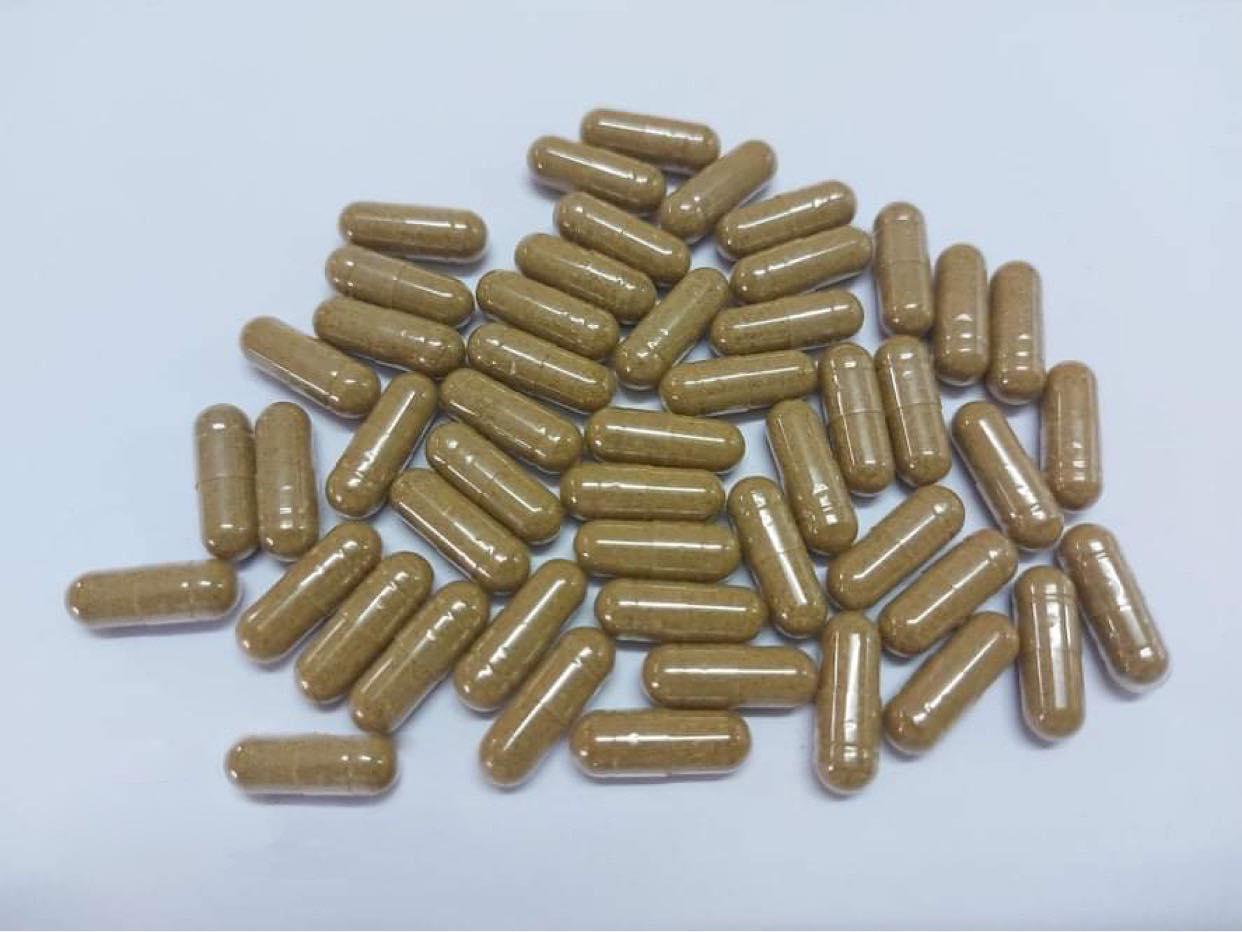 A matter of belief

Located on top of Phu Khao, Wat Puttanimit in the Sahatsakhan district of Kalasin is not only home to an ancient reclining Buddha, a wooden ordination hall and a collection of rare amulets, but also a dispensary. Here, Phra Ajarn Narong has researched and concocted herbal drugs to treat minor symptoms.

Saengchan Namsrithan, a disciple of the venerable monk, said Phra Ajarn Narong suffered from cancer and rejected chemotherapy, but studied traditional medicine for self-treatment and came across an ancient drug recipe containing nine kots (groups of herbs) nearly a decade ago. Amid the Covid-19 pandemic, he combined one of them called kot chula lumpa with boraphet last year.

"At first, it was offered to disciples only but when a large number of people returned from Bangkok, it was also given to relatives and friends who further spread them through word of mouth," she said. "Protected by a patent, the pills are intended for distribution only and more than 200,000 capsules were handed out last year."

Despite the high number of capsules, the medicine is made manually. Although kot chula lumpa can be obtained via a disciple of Phra Ajarn Narong, boraphet grows abundantly on the mountain. Initially, they had used fah talai jone until the plant ran out. After being ground up, the green herbal powder is loaded into capsules for distribution. Anybody who takes these drugs can donate to help support the production.

Saengchan said users have reported positive feedback. She and her mother-in-law were able to breathe again and remove phlegm. Others who have caught the coronavirus were able to relieve chest pain and breathlessness. Drugs can be taken regardless of coronavirus infection and when asked about doubt over traditional medicine, she said it boils down to a matter of belief.

"Personally, I think Phra Ajarn Narong's herbal recipe is a cure for Covid-19 because it targets our lungs. If doctors practice what they study and research for years, so do traditional healers," she said. 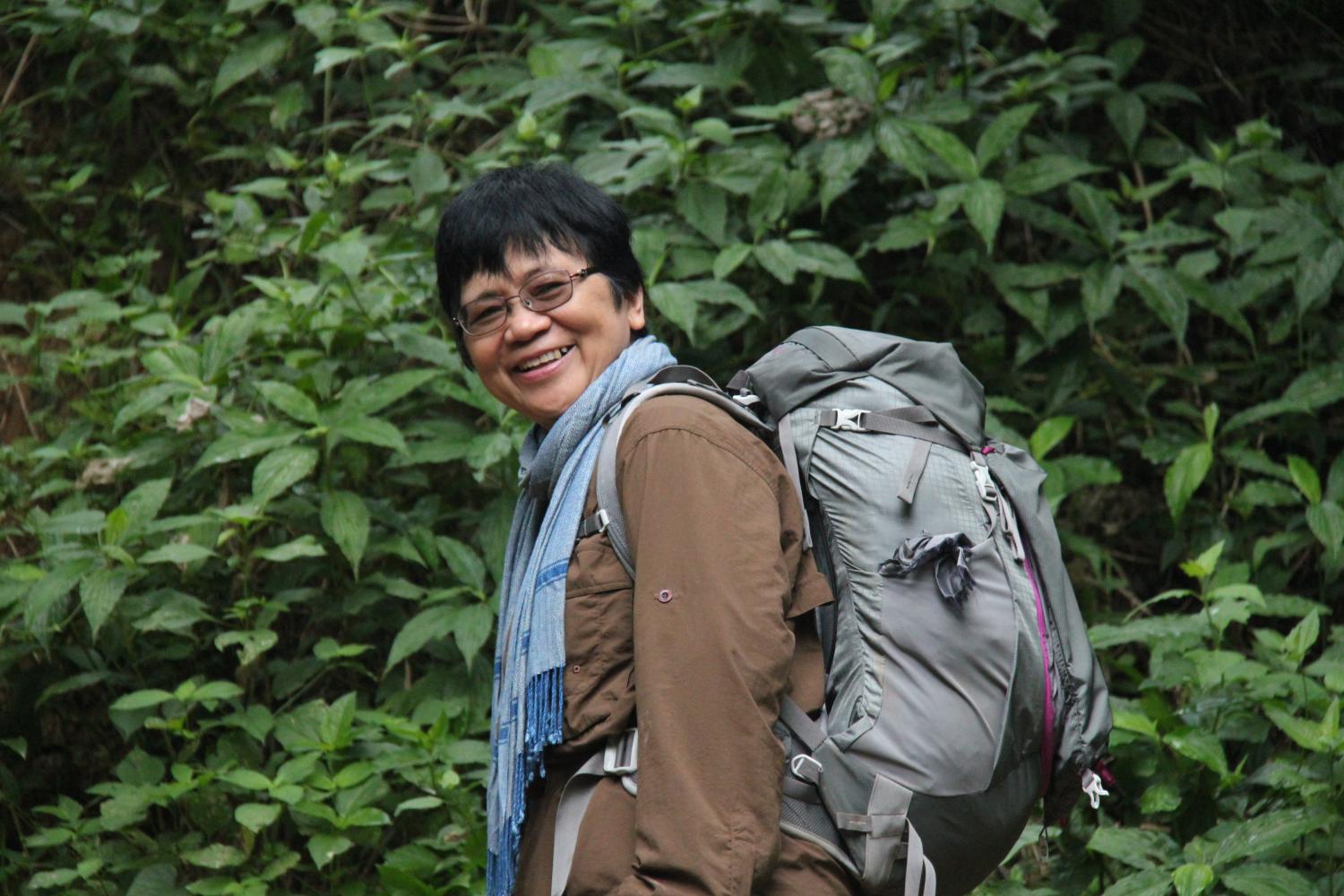 In need of further study

Santisukh Sobhanasiri, a certified practitioner of traditional medicine, said it is impossible to conclude that the temple's remedy will work on other coronavirus patients, but scientists should conduct studies on how effectively its extracts can fight the disease.

"If they yield a positive result in test tubes, they can be trialled on humans," he said. "It is an interesting case that should be pursued."

Santisukh said its ingredients are not unknown to traditional medicine. Kot chula lumpa is part of ya hom nava kots, which translates as nine groups of fragrant herbs, in the national list of essential medicines and the compendium of traditional medicine. In fact, these kots date back to the Ayutthaya period.

"Kot chula lumpa must be imported from China where its extract artemisinin [qinghaosu in Chinese] is said to fight malaria. It can improve the respiratory condition and relieve symptoms like asthma, cough and fever," he said. "Meanwhile, boraphet can cool down and cure fever. Monks meditating in the forest also use the plant fermented with salt to treat malaria."

Supaporn Pitiporn, secretary of the Chao Phraya Abhaibhubejhr Hospital Foundation, echoed a similar view. It is impossible to conclude that the combination of kot chula lumpa and boraphet can fight the coronavirus but they have "potential" because of its health benefits. In fact, this case should not be ignored. 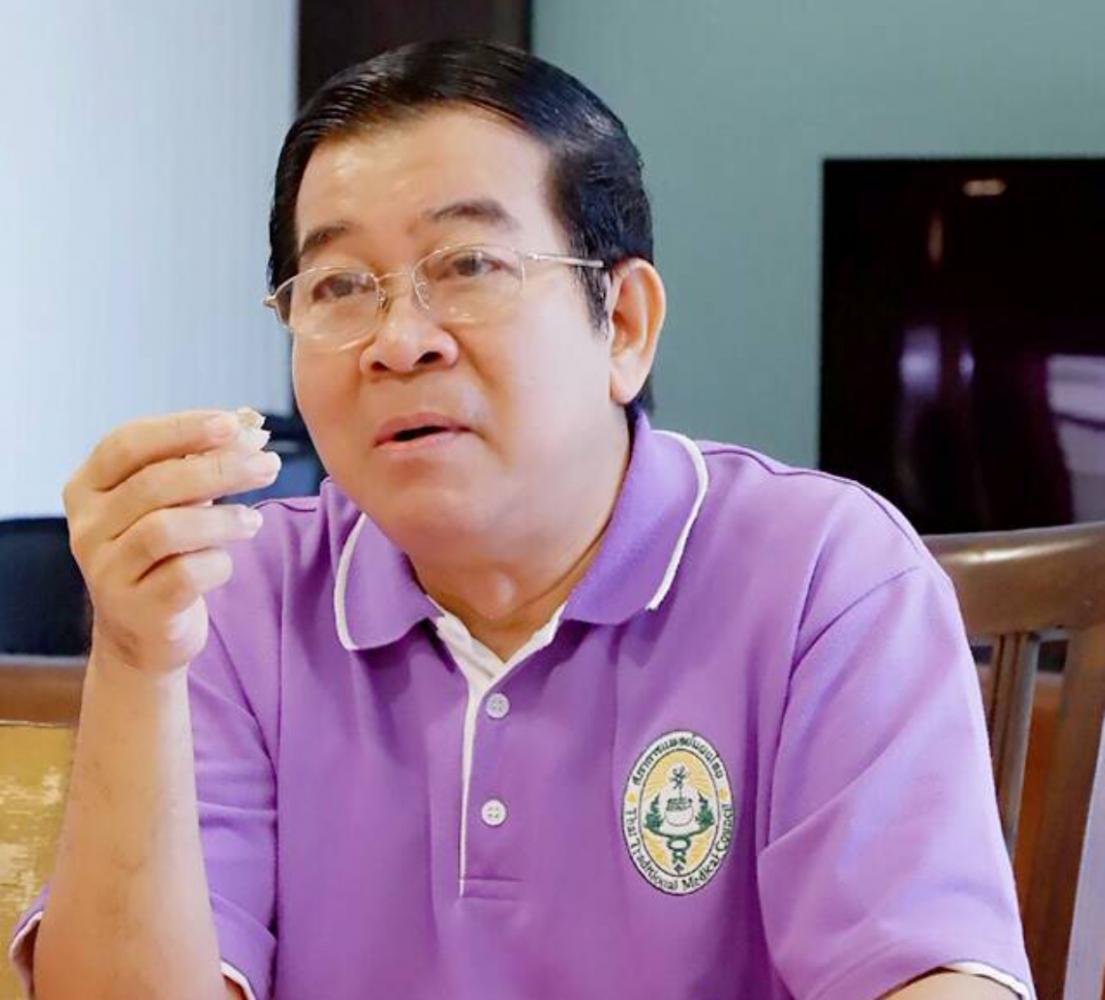 "Speedy recovery sometimes depends on an individual's prior health. But if patients are on the same footing, it is possible that he got better quickly because the body needs supplements [herbs] for better blood circulation, removal of free radicals, and to alleviate inflammation due to infection," she said.

At this stage, there is no clinical research to prove that kot chula lumpa, known by its scientific name Artemisia annua, is effective in treating Covid-19. Preliminary studies show extracts from the plant can fight the coronavirus, but it is unclear which ingredient possesses antiviral properties. On the other hand, boraphet is found to inhibit replication of the coronavirus.

Critics have said the herbal remedy is inferior to modern medicine, but recently officials have started to accept herbs like fah talai jone for coronavirus treatment. When asked about bias, Supaporn said they used specific drugs which worked against previous diseases.

"Research is falling behind in light of emerging diseases," she said. "If you have a fever, use boraphet. If you have respiratory symptoms, use kot chula lumpa. Healers use herbs from their experience and so do pharmacists. Actually, treatment should be grounded in [scientific] fact."

Dr Pichet Banyat, deputy director-general of the Department of Medical Sciences and former president of the Thai Traditional Medical Council, said the temple's herbal recipe is "an experiment" because it is not recorded in traditional medicine.

"It is difficult to conclude that he got better because of the herbal drug given there is an 80% chance of natural recovery," he said.

Scientists are preparing to study the effect of two multi-herb recipes -- ya ha rak which contains five plant roots and ya pra sa prao yai which consists of various parts of 18 medicinal plants -- on human immunity after a lab test showed promising results.

When asked whether they will study the temple remedy, Dr Pichet said there must be some evidence to the claim before conducting research. Theory should play a major role in medical treatment. "I doubt it because a patient may deteriorate in the early stages of Covid-19 and then recover [without having to take herbal drugs]," he said. "It is a coincidence."