Gucci has taken over Iconsiam's Thara Hall until Sunday to showcase the Gucci Tiger collection in a forest-like pop-up store.

A reflection of Alessandro Michele's fascination with nature, the tiger is a recurring creature in his collections. The new print is a reinterpretation of a late 1960s archival design by Vittorio Accornero -- the artist and illustrator who created the House's signature flora design.

The tiger appears against a colourful backdrop of greenery and flowers declined in a pastel colour palette.

The design of the new print echoes in the pop-up store, whose portal has an illuminated Gucci Tiger sign. Giant leaves are outlined by LED lights to form a canopy with the greenery contrasting with the checkered black and white flooring. Aged brass racks and shelves are used to display the products, illuminated by chrome spotlights placed on tripods.

The creative director uses the new tiger print in an all-over variation across the ready-to-wear assortment, from outerwear and denim to shirts and dresses among other items. Prints, patches and embroideries can also be seen on signature shoe and bag silhouettes, often combined with the GG monogram. 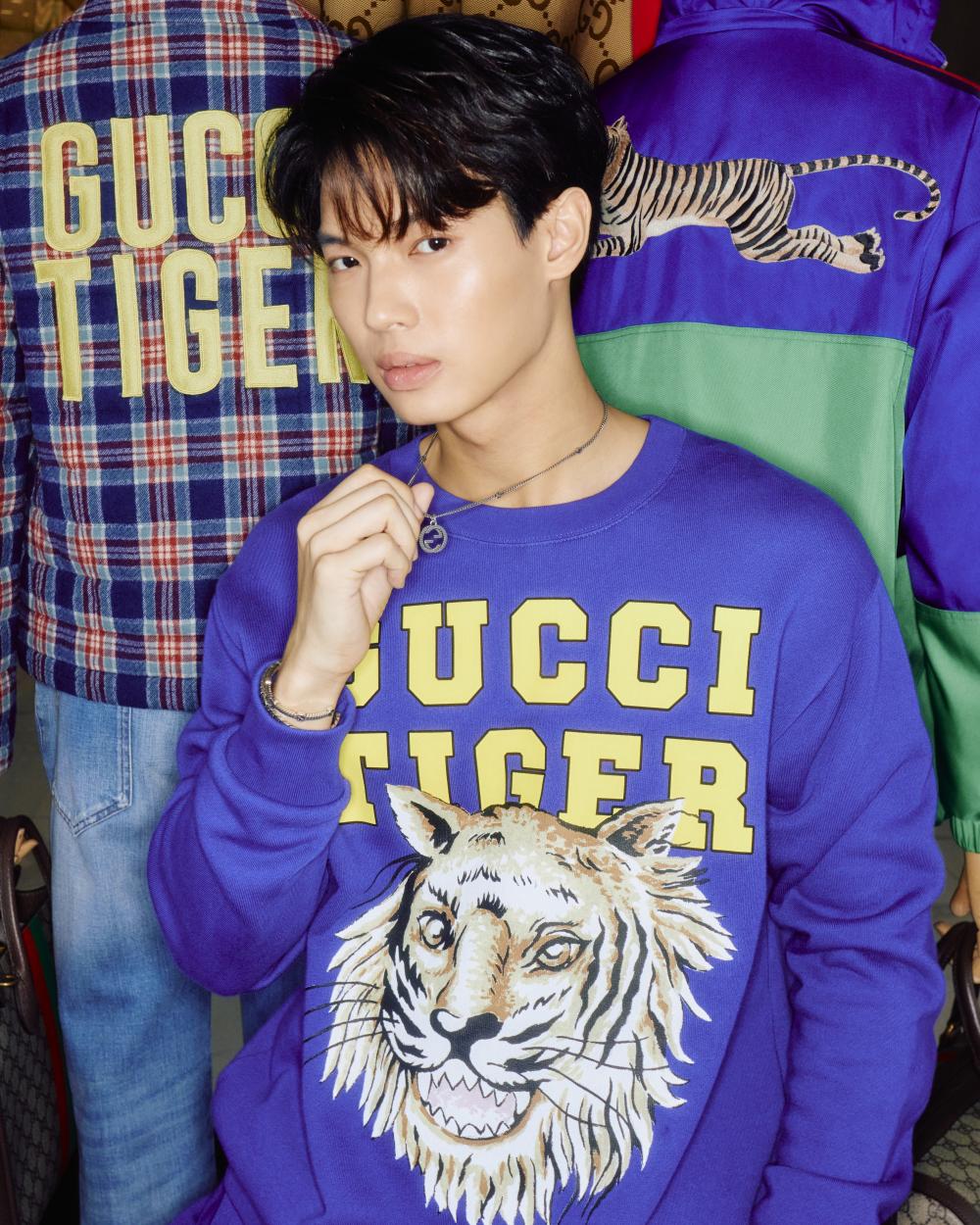 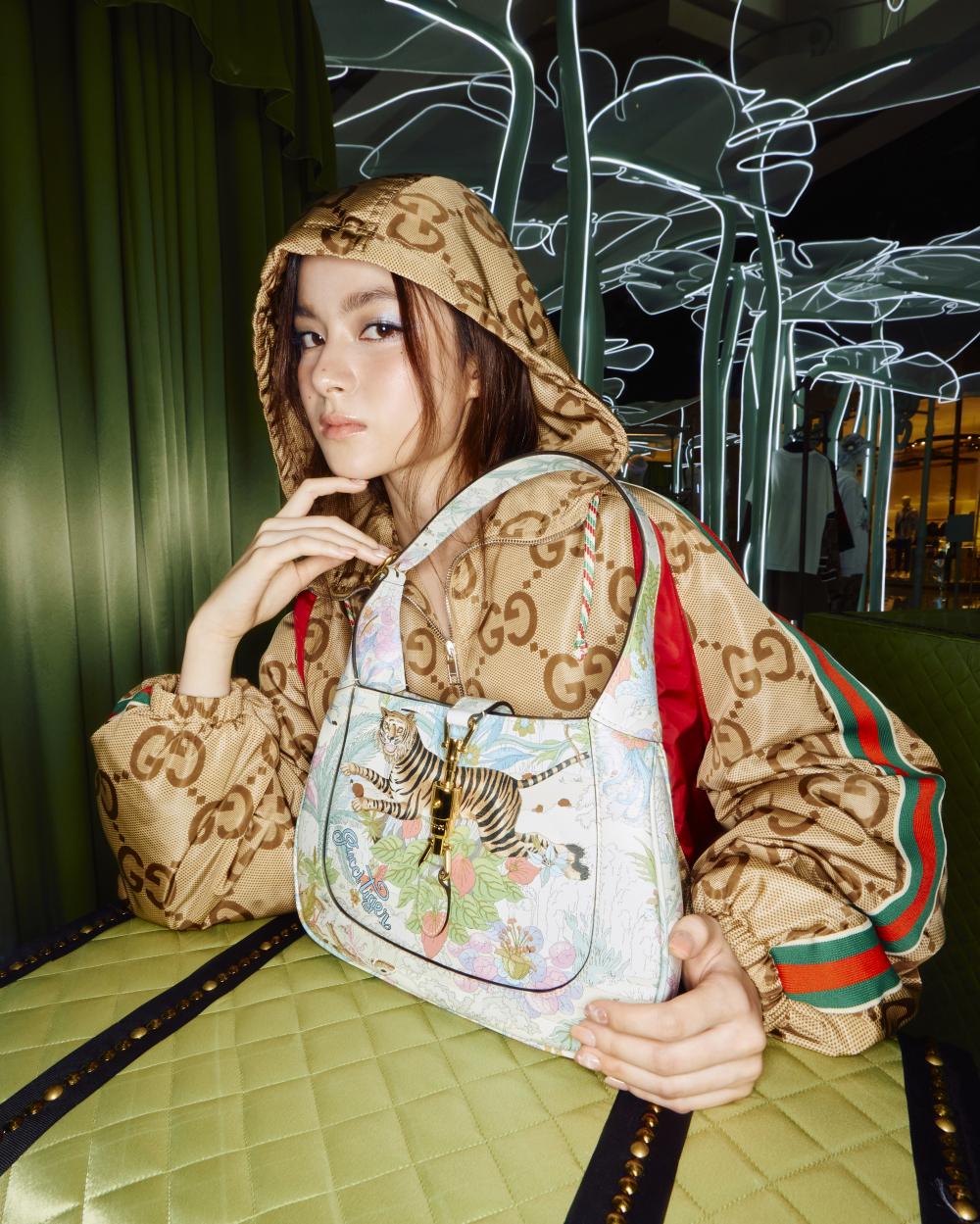 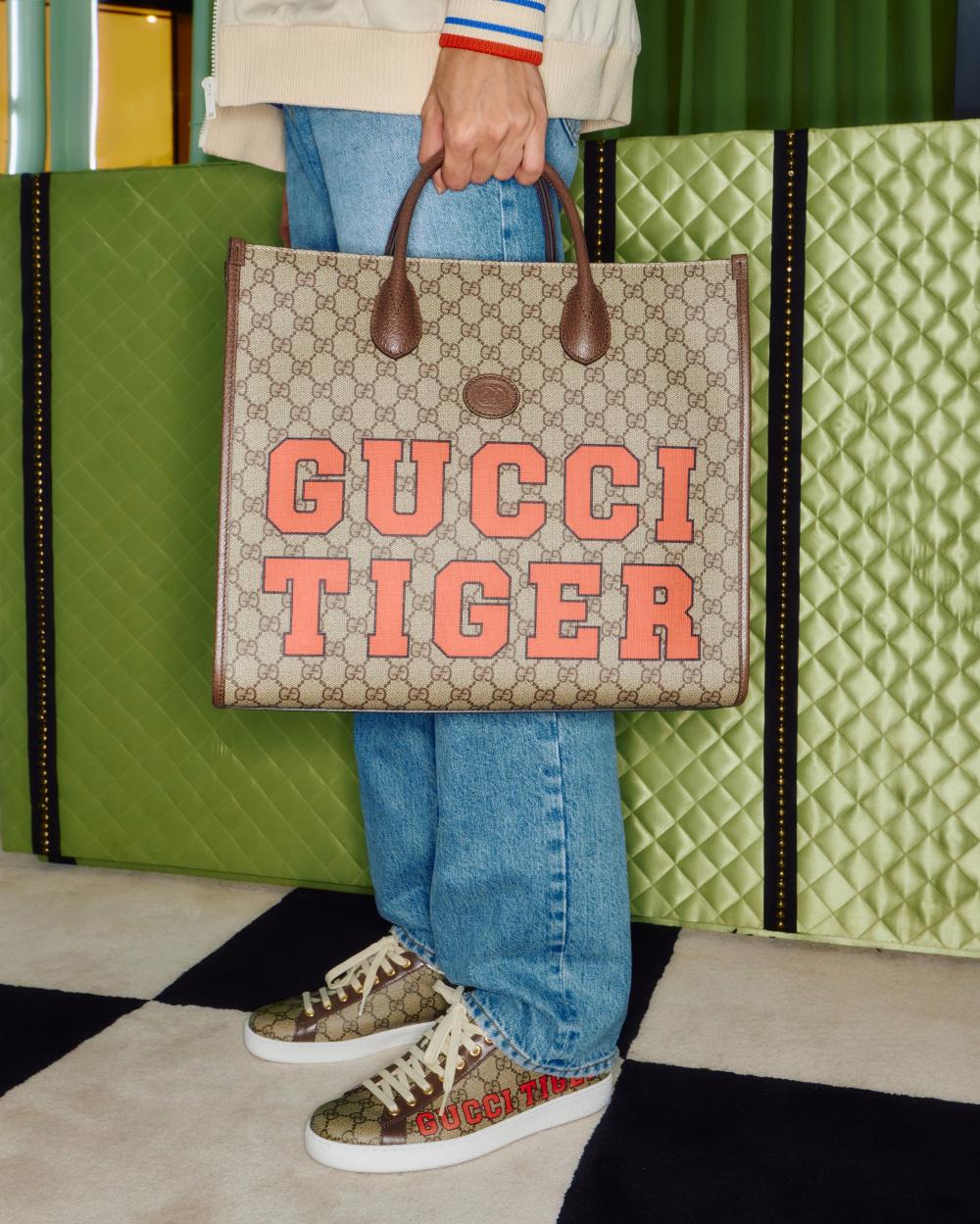 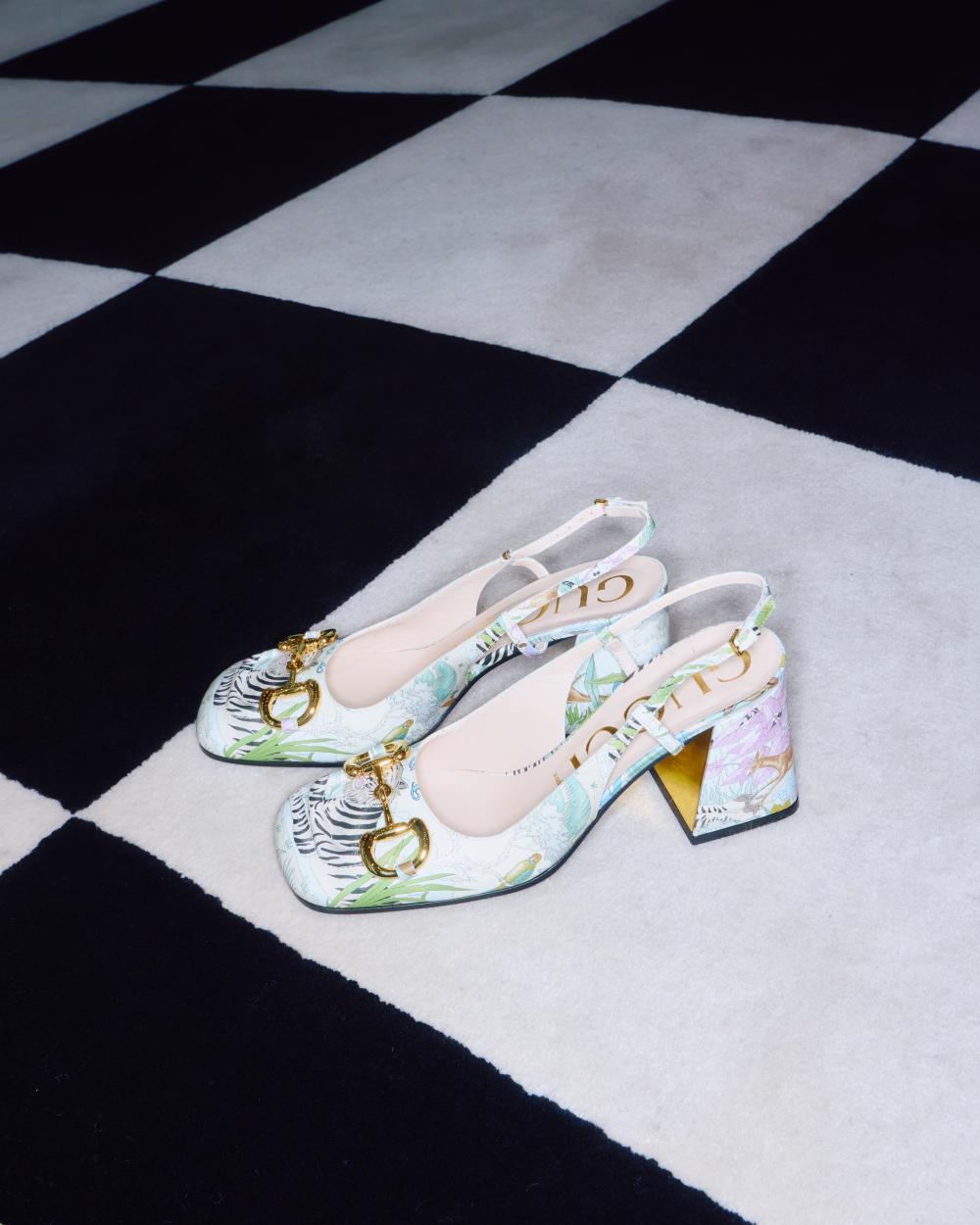