An ode to hot metal

Due to the world turning upside down and causing delays, Wes Anderson's 10th and much-anticipated film The French Dispatch is finally available in Thailand after a US release in October last year. It can now be streamed along with seven other classic Anderson titles exclusively on Disney+ Hotstar.

Just like his previous films, the first appeal of The French Dispatch is that it is packed with stars and sprinkled with magical cinematic experiences, such as stylish pastel visuals, quirky camera angles, and children's storybook-like design. Divided into chapters, this interconnected anthology was inspired by Anderson's love of The New Yorker, a weekly magazine he read as a teenager.

The movie serves as Anderson's love letter to journalists and some characters and events in the film are based on real-life equivalents from the magazine. The film features characters working in the fictional French town of Ennui-sur-Blasé, a French outpost for a fictional American magazine with roots in Kansas.

Arthur Howitzer Jr (Bill Murray) has been the editor of The French Dispatch from the 1920s to the 1970s, and his character is based on Harold Ross, co-founder of The New Yorker. The story begins with the sudden death of Arthur after a heart attack. According to the wishes expressed in his will, the publication of the magazine is immediately suspended following one final farewell issue. Along with Arthur's obituary, the rest of the team also looks back at some of the most famous stories in the magazine's history, namely three short films that make up the core of this anthology.

If you are a fan of Anderson's creations, then there's not much to introduce here as his visual signature and style are still intact. With a diverse colour palette, the film takes us on a tour of Ennui-sur-Blasé, involving a split-screen contrast between black and white. A simple visual language continues throughout the film and within each black and white flashback, bursts of colour envelop the screen as if these fleeting moments and sensations from long ago have lingered with the characters in the present. 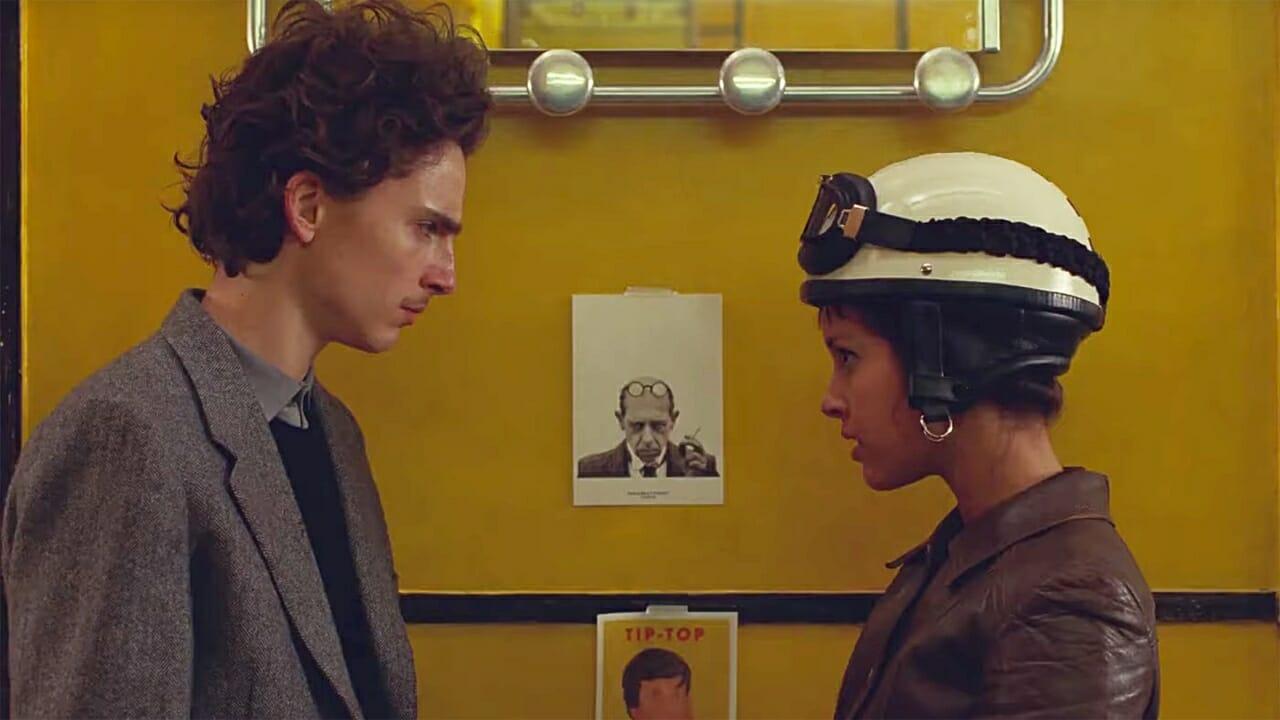 The first of these three main short stories begins with The Concrete Masterpiece, which stars Tilda Swinton as J.K.L. Berensen, a writer and art critic at The French Dispatch. It tells the story of long incarcerated abstract artist Moses Rosenthaler (Benicio del Toro) as well as his muse and prison guard Simone (Léa Seydoux) and the wild-eyed art dealer Julien Cadazio (Adrien Brody).

The second story, Revisions To A Manifesto, is about an on-scene journalist Lucinda (Frances McDormand) who wrestles with her place in shaping history as she chronicles a youth revolution led by Zeffirelli (Timothée Chalamet), a student revolutionary. And the third segment, The Private Dining Room Of The Police Commissioner, is about a queer writer and food critic Roebuck Wright (Jeffrey Wright).

There's a massive cast here. While some have big roles, some only pop up here and there as cameos. However, each of them has their own moment to shine as even the smaller roles are executed in ways that capture our attention and enhance the story. For example, Saoirse Ronan has a minimal role as a member of a kidnapping gang. However, there's a scene where she sings a few lines of a song and they're just simply mesmerising and one of my favourite moments of the film.

Despite a runtime of an hour and 48 minutes, there are some portions where the pace of the film seems to drag, making this feel a bit longer than usual. The Concrete Masterpiece was probably my favourite segment as it has a solid story and execution. I found the other two stories not as strong. While looking pretty, The French Dispatch is probably one of his less accessible stories. After all, this is us just watching the words and magazine articles come to life with small glimpses behind the scenes of how the magazine functioned in publishing those stories. 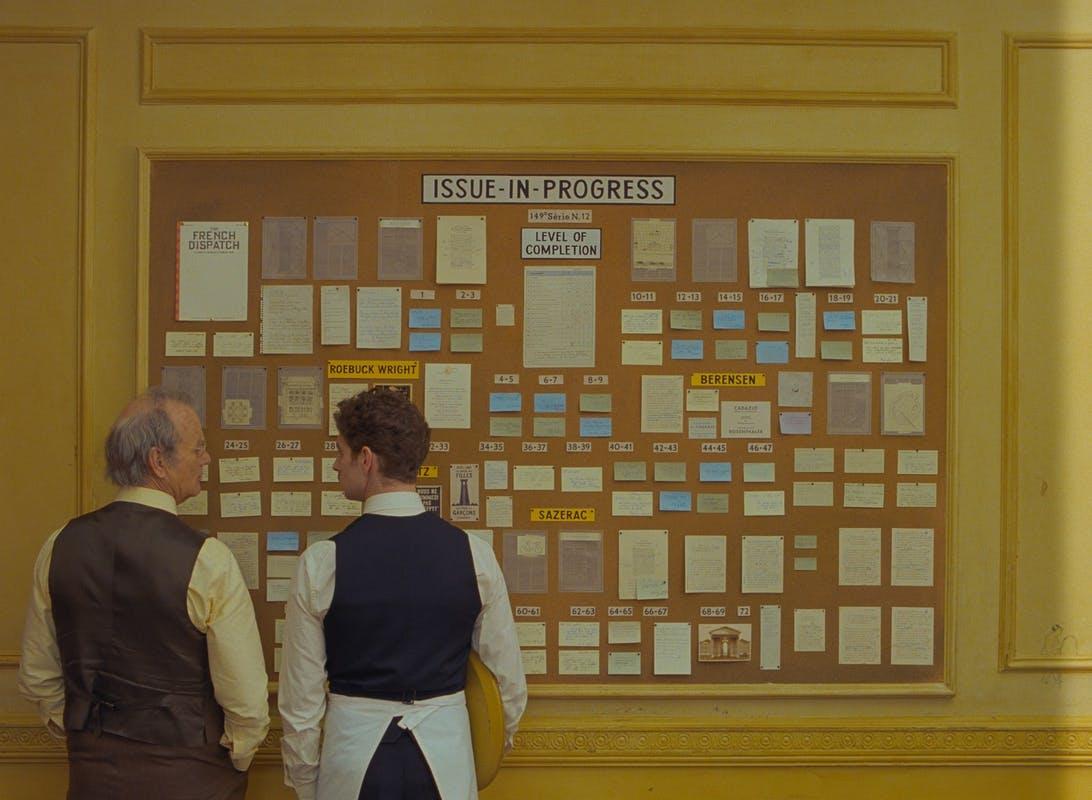 Of course, just like Anderson's other films, this movie will stimulate your imagination and your curiosity, but not necessarily your emotions. And if you have been following his work for the last 10 years, then you will notice the later Anderson movies are already kind of cold and distant on an emotional level.

At the end of the day, The French Dispatch is like watching an art movie as you see things you like and things you can go without. It doesn't really have a traditional storyline or any characters you want to root for, because we're getting three different stories and they aren't necessarily connected. So, unfortunately, I wasn't able to gravitate and connect emotionally to the story. And although the film lacks those qualities that make it easier to persuade new fans to get on board for the first time, The French Dispatch is still a very good collection of tales and people with stunning visuals and an aesthetic from by one of the best filmmakers in the business today.