Omega is Official Timekeeper of Beijing 2022, its 30th such honour

After the Summer Olympics in 2008, Omega is back in Beijing for a winter edition, which kicked off last Friday at the Bird's Nest stadium.

New technologies were introduced at the pandemic-delayed Tokyo 2020, from July 23 until Aug 8 last year, and the Swiss watchmaker has more up its sleeve for Beijing 2022.

Omega has been a part of the world's foremost sports competition since 1932, when only one watchmaker and 30 stopwatches were sent from Switzerland to Los Angeles for the Summer Olympic Games.

Four years later, a single watchmaker and 27 stopwatches timed the Winter Olympics at the Bavarian town of Garmisch-Partenkirchen in Germany.

At Beijing 2022, Omega celebrates its 30th occasion as Official Timekeeper of the Olympic Games, with a staff of 300 and 200 tonnes of equipment to precisely record 109 events in seven different sports.

Over 90 years, timekeeping and sports measurement have evolved with various equipment and technologies verifying the results. 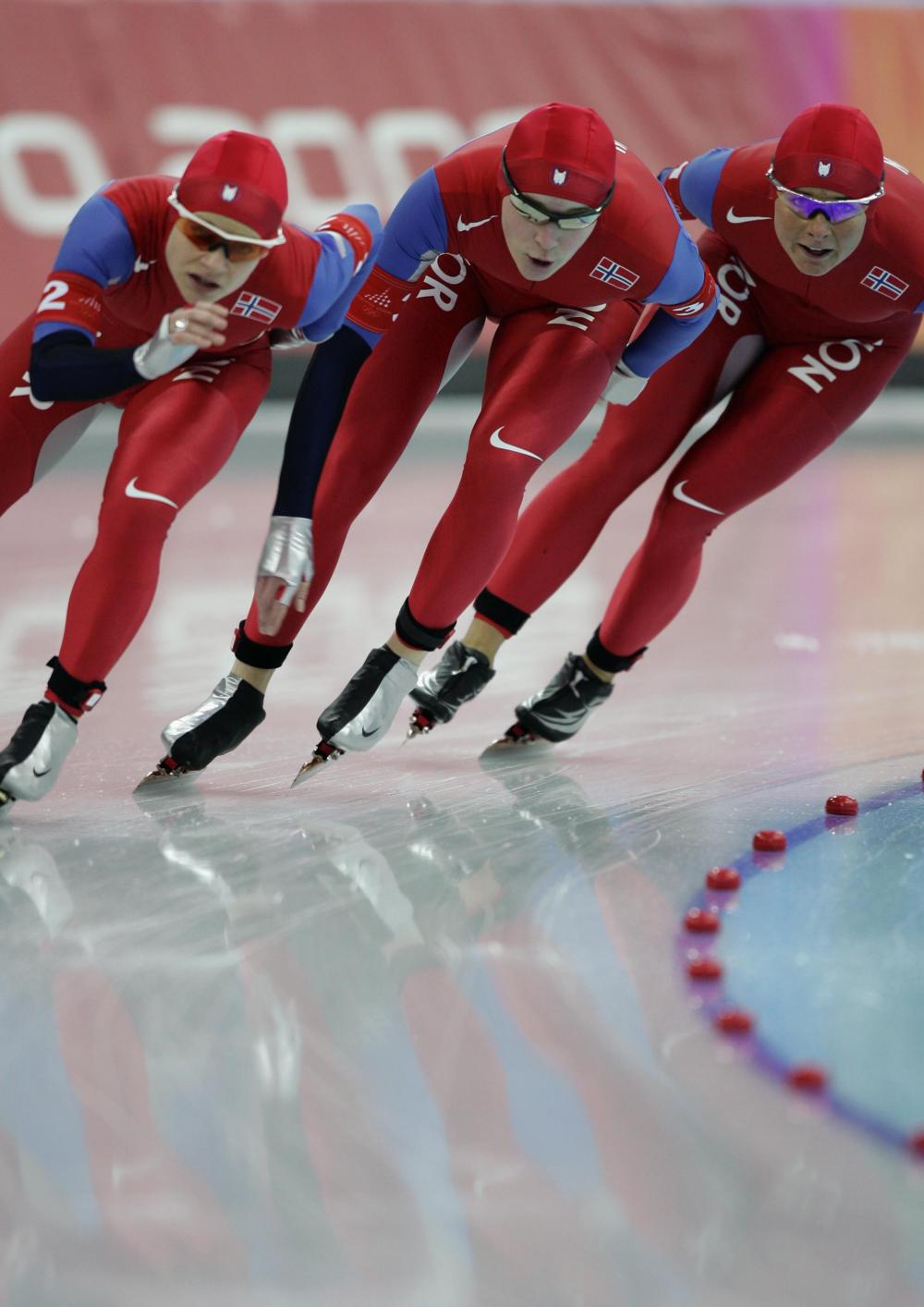 For example, starting gates in alpine skiing debuted at the 1956 Winter Olympics, held in Cortina d'Ampezzo, Italy. The gates signalled the beginning of each run, and the Omega Quartz Recorder was triggered as soon as the athletes passed through.

Today Snowgate technology, introduced at Vancouver 2010, emits a starting pulse when the "wand" is at precisely the same angle for every competitor. The timing system is then activated automatically when an athlete bursts through.

Introduced in 1980, Game-O-Matic technology with its own data processing equipment immediately calculated and displayed an athlete's ranking as soon as he or she crossed the finish line in alpine skiing competitions at the Winter Olympics in Lake Placid, USA.

At Albertville 1992, the upgraded Scan'O'Vision photofinish cameras digitally measured times to the nearest 1/1000th of a second. The improvement in precision heralded a new chapter in the science of timekeeping.

The advanced Scan'O'Vision Myria can further record up to 10,000 digital images per second, producing a composite photo that gives judges a clear view of the official rankings and times of each event. 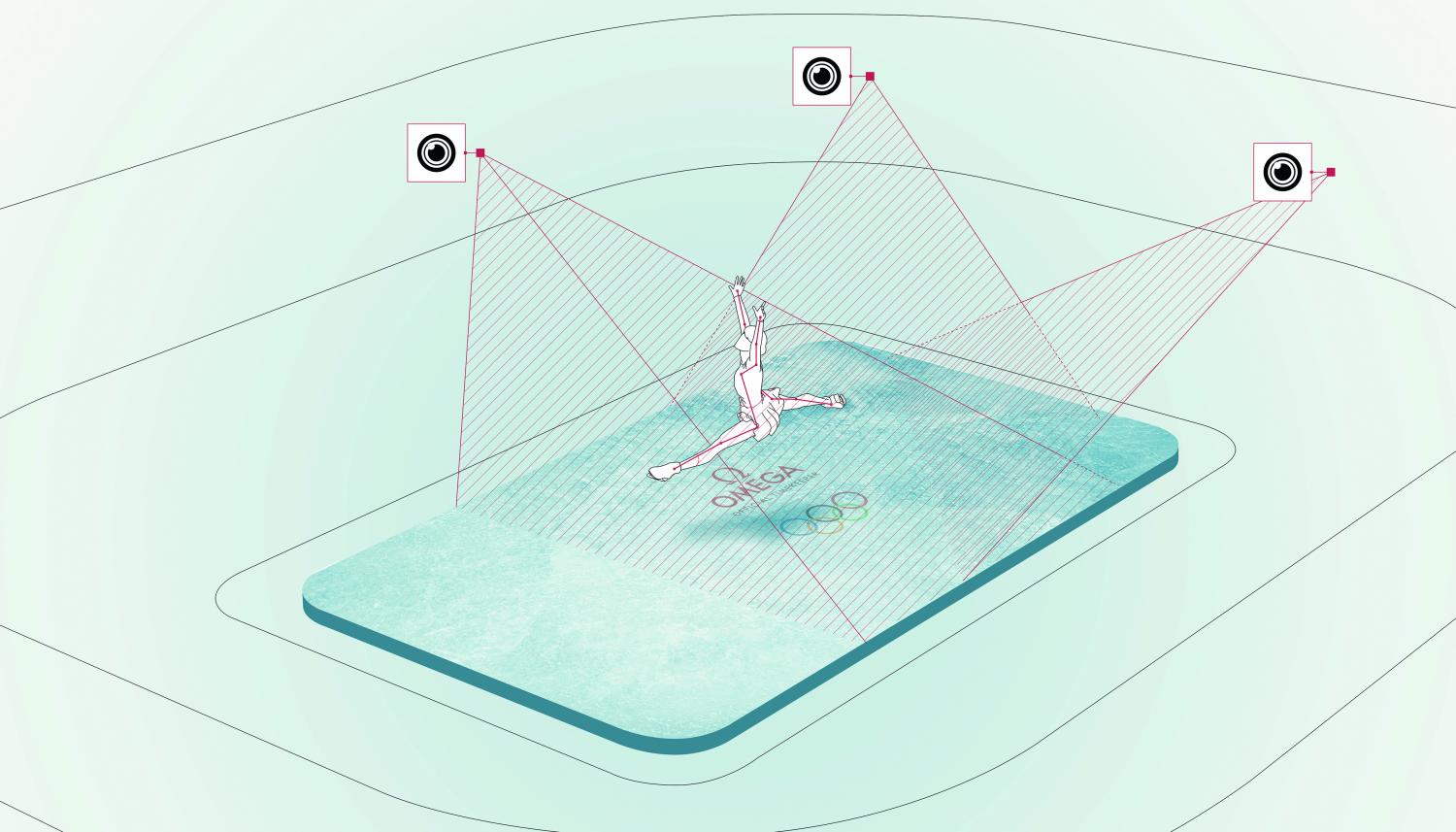 Figure skating will be analysed in greater depth through motion sensor and positioning systems.

New technologies for Beijing 2022 include jump analysis for figure skating. Six cameras will be placed around the ice rink, to capture a range of live data including the height and length of the jump, and the amount of time a skater spends in the air.

Lending a better understanding of the execution and comparison of competitors, the new system is a continuation of Omega's motion sensor and positioning system introduced at the previous Winter Olympics in Pyeongchang.

False starts will be revolutionised particularly for speed skating. Beforehand, the sport relied on the judge's eye to detect any movement of the athlete or their blades before the start of a race. Now, an image tracking system with one camera positioned in each lane will be used to detect a false start, providing much more reliability in this crucial moment.

The little red boxes placed on the finish line in speed skating contain ­photoelectric cells that emit beams of light across the line, just 2-3cm above the ice. As soon as the winning competitor's skate crosses the finish, the clock is automatically stopped to give the most accurate finishing time possible. 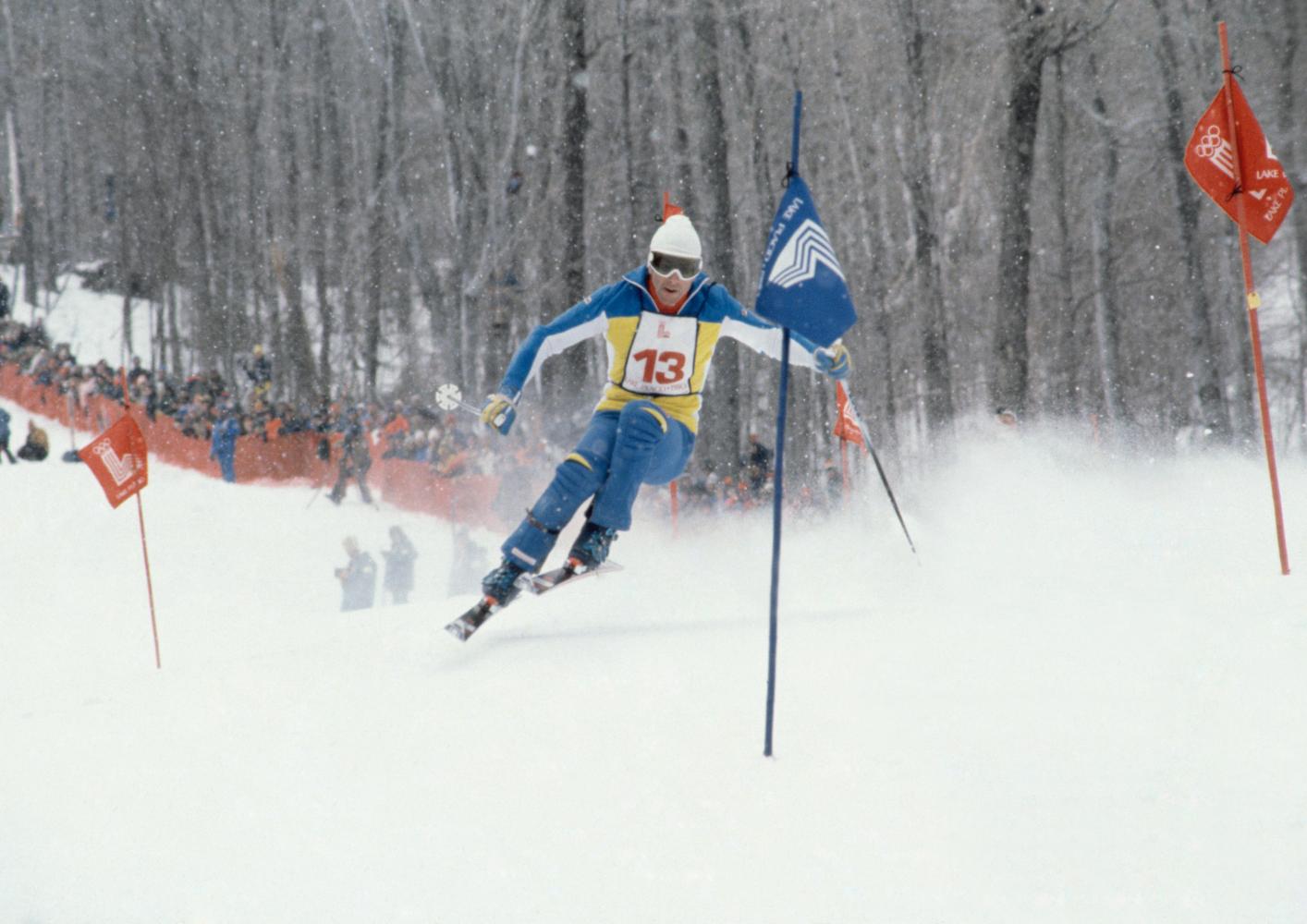 Omega will also introduce a new in-game display for ice hockey, with LEDs integrated within the plexi-glass around the rink.

The one-sided transparent clock will indicate game time and penalty time, shown in the middle of the rink between the two penalty boxes. This display will be of great added value to players receiving crucial information during the game.

Beijing 2022 will for the first time feature the monobob, which Omega pushed as a new event for the Olympic Winter Games. Ten years ago, the single-person bobsleigh sport debuted at the St. Moritz Olympia Bob Run.

Known as the Formula One of winter sports, it involves sleek rocket-like bobs, which are pushed, steered and braked by just one athlete. At 2.3m in length, the monobob is also quite light, weighing only around 130kg, and can reach speeds of up to 120kph and exert a gravitational force of 3-4g.

At Beijing 2022, women will compete in this thrilling sport, which requires a range of timekeeping equipment such as sensors to measure various factors such as the G forces, angles, trajectory and acceleration. Furthermore, thanks to antennas placed along the track, Omega will be able to transmit the monobobs' live and top speeds, allowing spectators at home to see exactly where a competitor won or lost time. 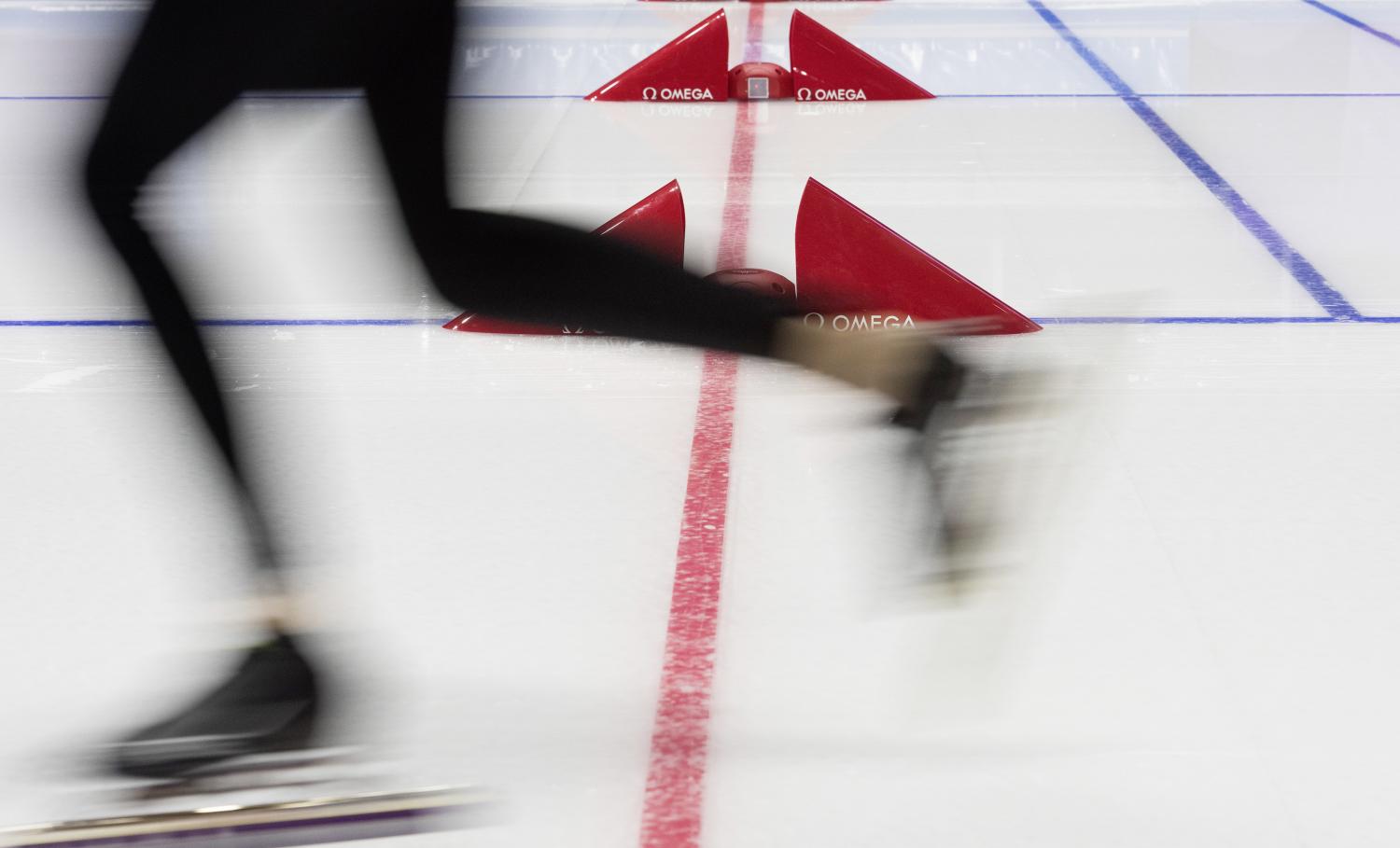