From the mists of time
Life
Social & Lifestyle

From the mists of time

published : 4 Mar 2022 at 04:00
newspaper section: Life
writer: Noko
The hour-marked knights appear in flux in their own unique postures.

The Geneva-based watchmaker, however, often looks to the past, as far back as the Middle Ages, to bring an Arthurian legend to life through the Knights Of The Round Table collection.

Several reinterpretations have followed the first stupendous edition launched in 2013. Micro-sculptures of 12 knights point their swords to the Tudor rose centred on the green and white enamelled dial, recalling the fabled round table hanging in the Great Hall of Winchester Castle.

The number of chevaliers vary in the literature and Roger Dubuis has once again summoned 12 around the dark dial of the 2022 version, matched with a leather strap featuring a Quick Release System for easy interchangeability.

Normally representing the equalising round table, the dial has previously been made of gems, precious materials or materials requiring specific techniques. 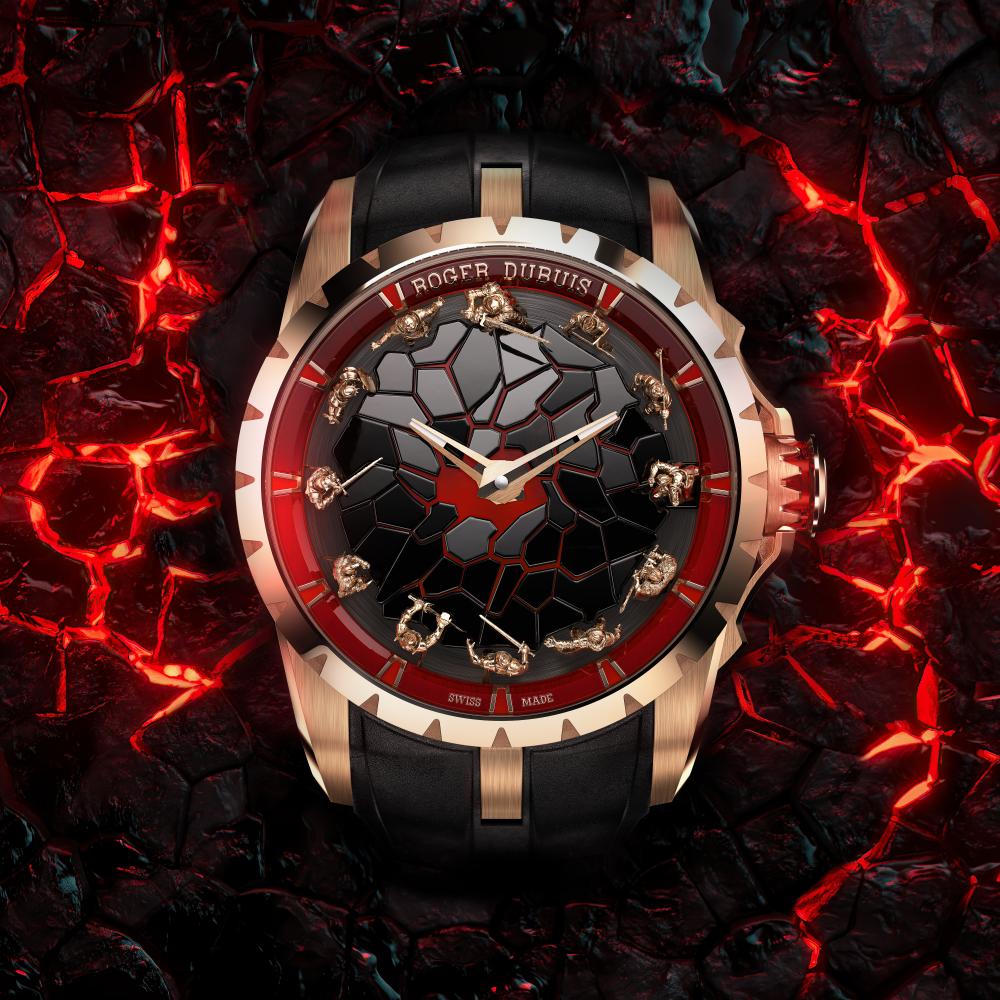 The 2022 Knights Of The Round Table with black Murano glass evoking cracking earth.

Stretching the imagination, the redesign portrays a fracturing ground with the brave warriors sensing the danger and positioning themselves to defend their kingdom against the power of gravitational force.

Roger Dubuis exalted its métiers d'arts in creating the dramatic scene. Each knight is settled against a transparent blood-red flange developed from Murano glass, which is also used to construct pieces of the black crust that are hand-assembled for a ruptured effect with red varnish evoking magma.

Cast in pink gold, the hour-marked knights appear in flux in their own unique postures -- this feat of hyper-expressive craftsmanship actually took 18 months.

Through the complex art of micro-sculpture, each character is complete with medieval armour, plates, shield and helmet, while their customised weapons are drawn ready to fight whatever bursts from beneath their feet. A transparent sapphire crystal ring under the bezel further provides a full view of the knights and their elaborate details. 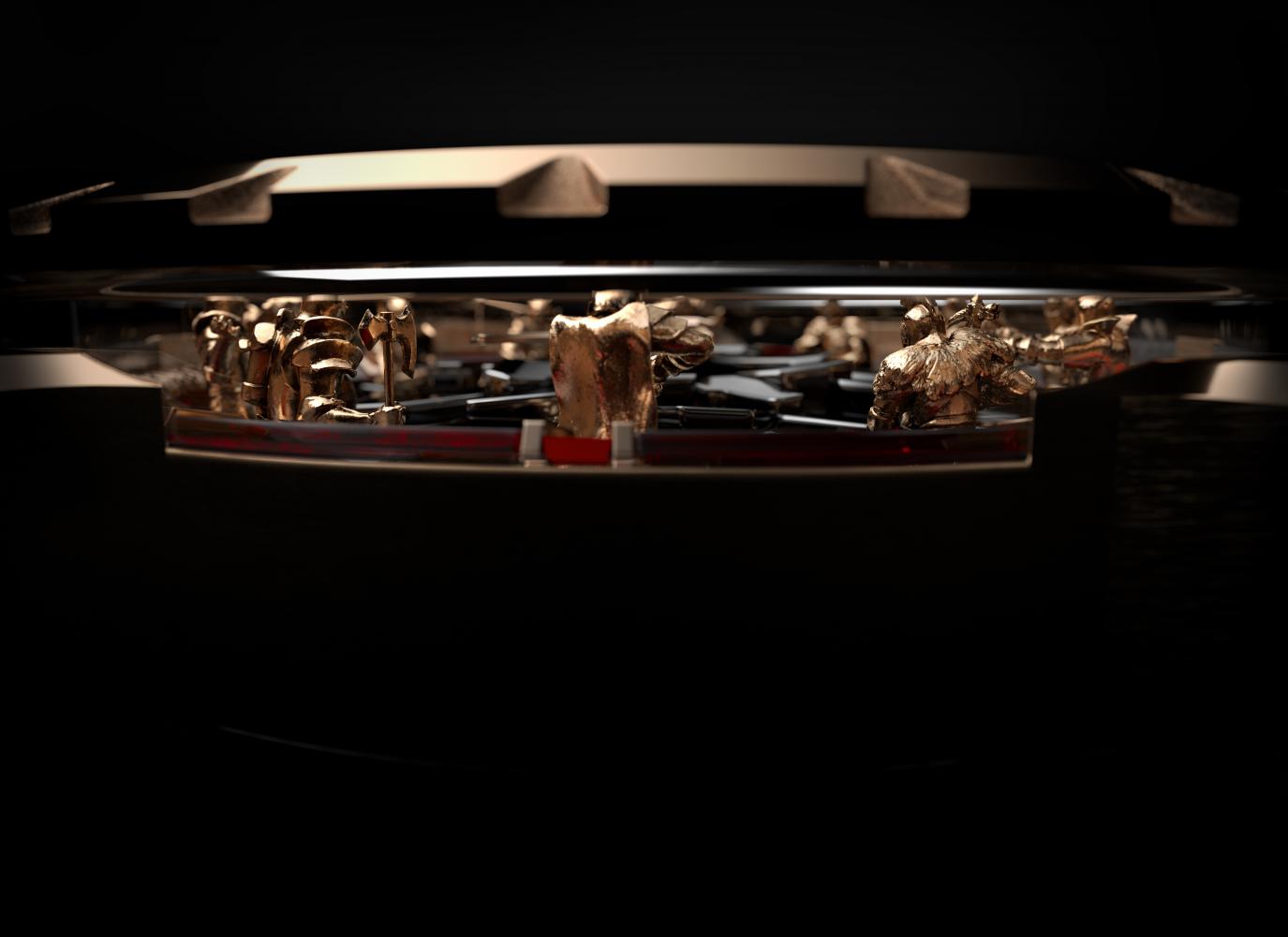 A sapphire crystal ring further provides a view of the details.

Also in pink gold, the clean-cut case features a crown and its protector, shaped like the guard of a sword. The design intends to make it appear like a blade stuck inside the watch, just like Excalibur -- the Sword in the Stone -- withdrawn by the young Arthur, which earned him the throne.

Available in 28 pieces, the new rendition is powered by an automatic Monobalancier RD821 calibre, whose parts are hand finished according to the criteria set by the Poinçon de Genève, one of the most demanding certifications in haute horlogerie.

The oscillating weight is completely redesigned with a circular finish comprising two woven layers of tilted pyramid shapes that create the appearance of castle-stained glass. Inspired by the triangular notches around the edge of the timepiece, this sophisticated design provides a mesmeric view of the weight moving inside the mosaic.

Faithful to the medieval myth, the caseback features an engraving of the famous oath spoken, as the legend goes, by King Arthur's knights, for owners of the watch to swear the Code of Chivalry. 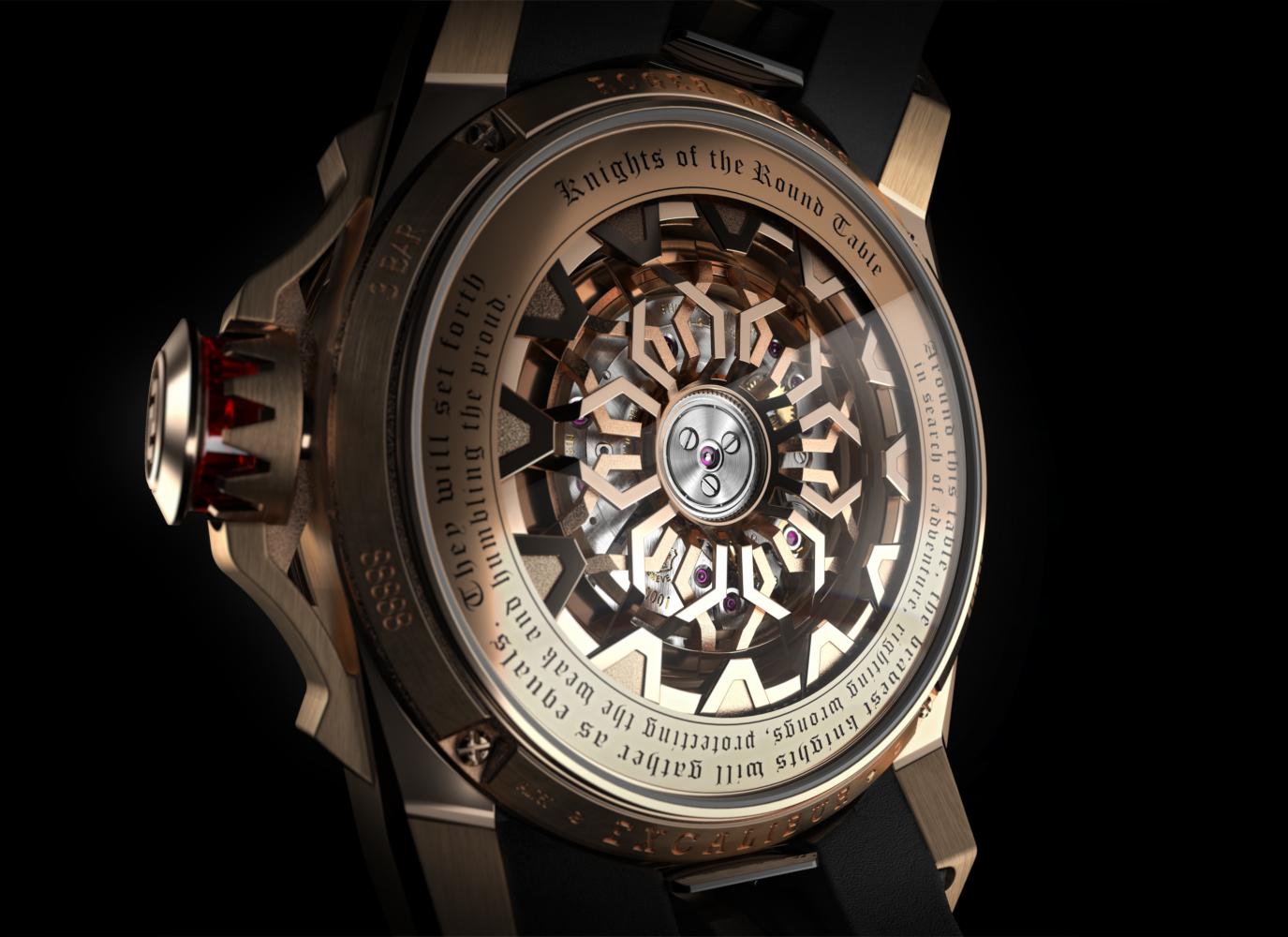 An engraving of the legendary oath on the caseback. 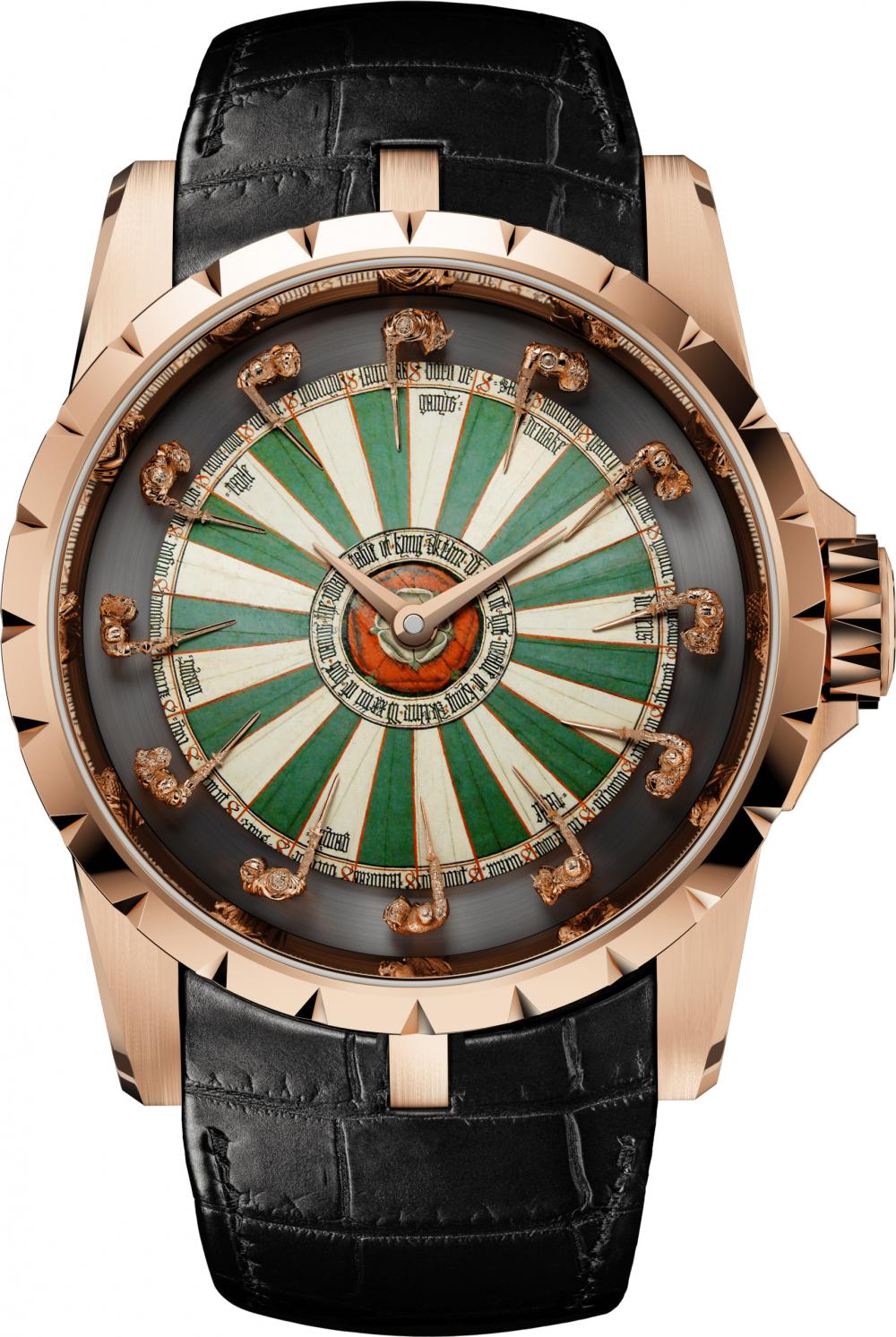 The original model with the dial recalling the round table hanging in the Great Hall of Winchester Castle.