Launched at Baselworld 1997, the first Urwerk watches featured the minimalistic "wandering hour", recalling a satellite or planet moving across the sky.

While departing from the signature indication, the new UR-112 models with digital time displays resemble a spacecraft for landing on the wrist.

Last October and again last month, Urwerk respectively launched the eccentric UR-112 Aggregat-bicolore edition and UR-112 Aggregat Odyssey under the Special Projects line.

"The sources of inspiration for the UR-112 are many and diffuse. Most obvious is the grille of the Bugatti Atlantique -- an exceptional automobile whose contrasting spine emphasises absolute symmetry," said Martin Frei, Urwerk's co-founder and chief designer.

Urwerk means "original accomplishment" while referencing the history of horology. In Mesopotamia, the ancient city Ur of the Chaldees is where Sumerian inhabitants first established units of time based on shadows cast by monuments. Ur in the German language also means primaeval or original and werk means an achievement or a mechanism.

"Bringing out yet another version of an existing mechanical complication was not our aim. Our watches are unique because each has been conceived as an original work. This is what makes them valuable and rare. Above all, we want to explore beyond the traditional horizons of watchmaking," said co-founder and master watchmaker Felix Baumgartner. 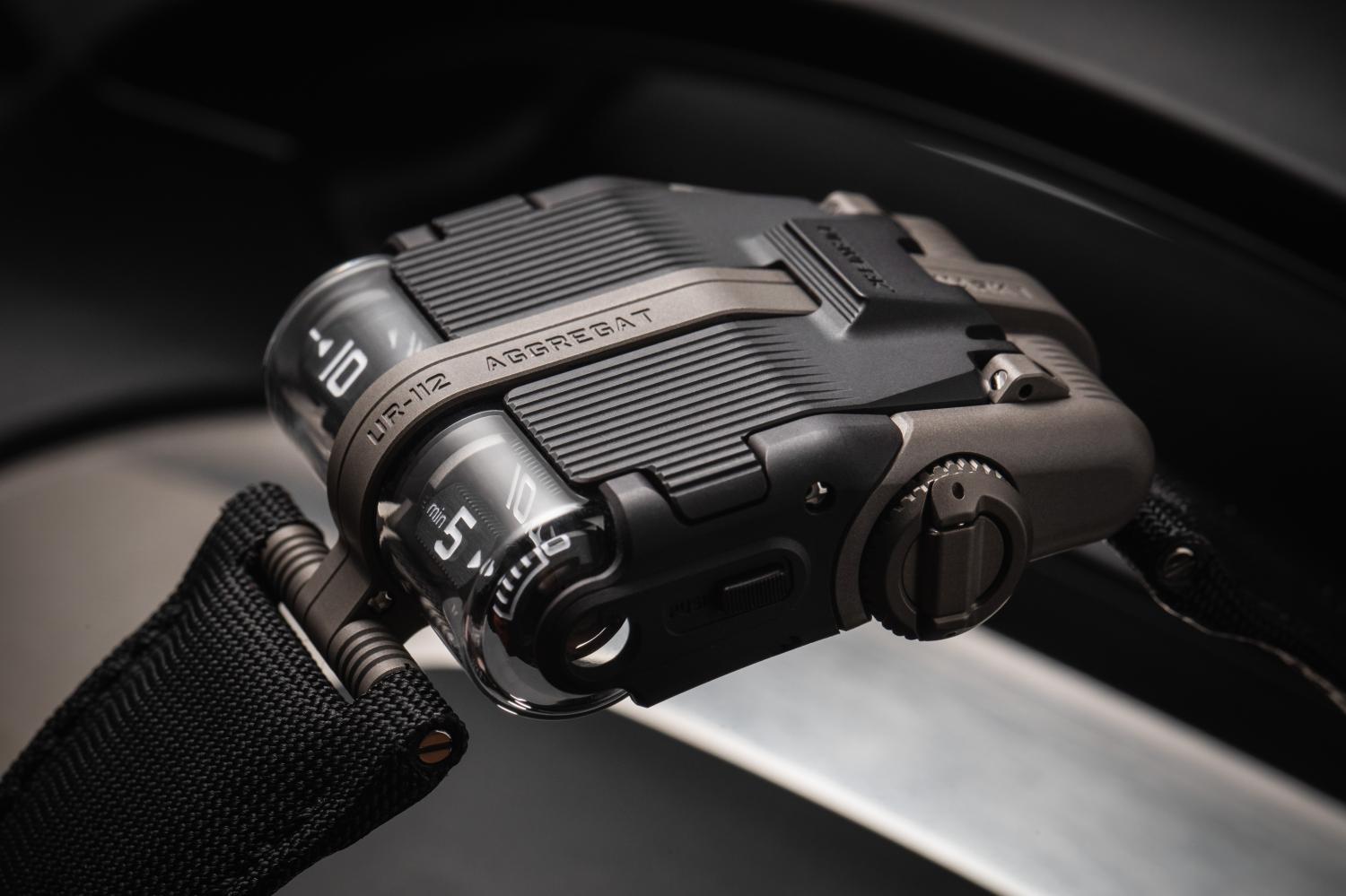 The beauty of the UR-112 lies in the complexity of its gears and near-manic assembly precision. The hour and minutes are displayed on triangular prisms operating under transparent cylinders, which appear as levitating mechanisms revealed by the sapphire crystal.

On the left, the digital hour display features 12 engraved numerals filled with Super-LumiNova. The transcription of time takes the form of a sign display switching sharply to a chronometric rhythm. On the right, the same system displays the minutes, free from the strain of the singular and instead jump in 5-minute increments.

The operation of the jumping hours display is driven by the advance of the minutes. At the 60th minute, the force accumulated during those last 3,600 seconds is released to change the time to the next hour.

But the primary source of all this power is rooted in the basic movement opposite this Dantesque construction. 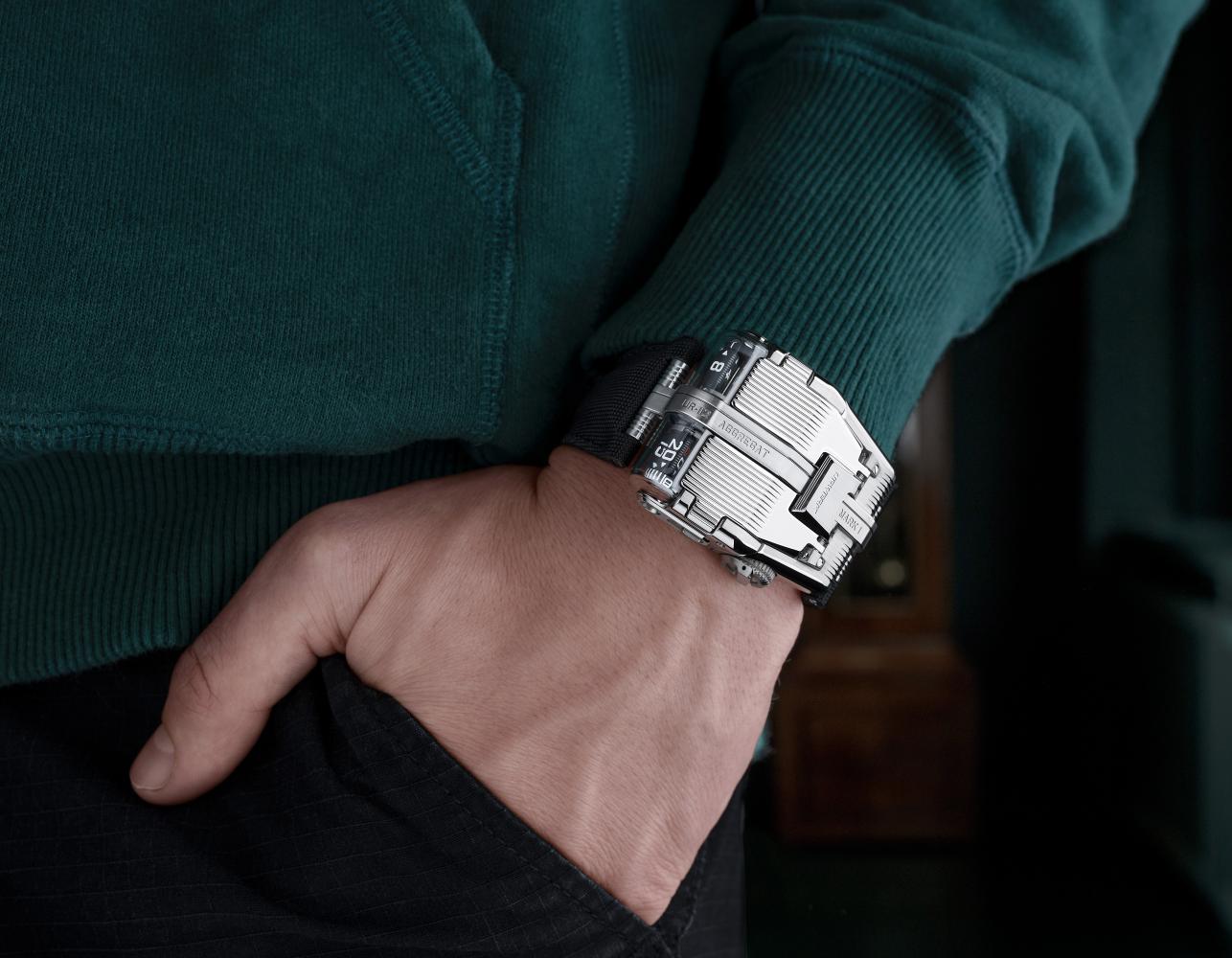 UR-112 Aggregat Odyssey with a titanium and steel fuselage.

A long, thin rod, called the cardan shaft, connects the body and head of the UR-112. A complex set of cogs and a succession of gears allow this axis to transmit all the energy required. This transmission shaft with double gearing -- one at each end -- is perpendicular to the horizontal time indication.

"We nicknamed this watch the Aggregat because the UR-112 brings different elements together. From a single source of energy, we power all displays and mechanisms of this UR-112. This force is distributed sparingly, some even 'recycled' so that from the digital second at the top of the dial to the dragging minutes and the jumping hours at the opposite extreme, each display receives precisely its required dose of energy with none wasted," explained Baumgartner.

The UR-13.01 calibre nestles inside a hunter case with a hinged titanium protective cover. Pressing the pushers on either side of the case unlocks the cover and it springs up, revealing the analogue power reserve indicator and digital seconds display.

The first two-tone edition has an anthracite body with black sides complemented by the cover in the same colour. 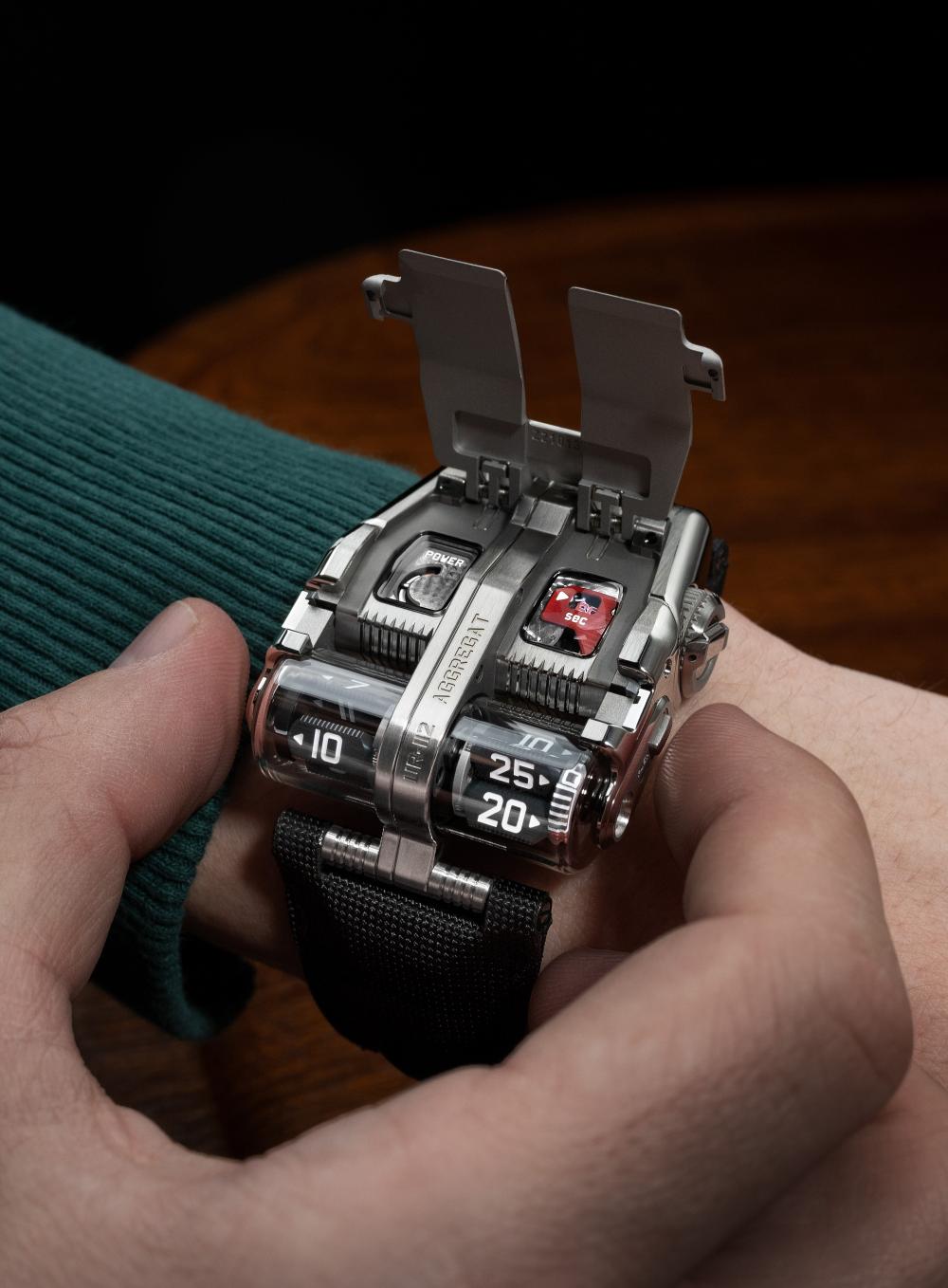 For instance, its central titanium body is satin-brushed, grooved, sandblasted and bead-blasted, thereby forming a field of functional microdots.

"I see the material come to life, and even more importantly, finishes that existed only in my mind materialise before my eyes," Frei said.

"Like the pencil strokes that draw and refine the outlines of the watch on paper, the traces of machining on the titanium and steel render its creative process visible. It then takes all the magic and mastery of the craftsman's hand to transcript this emotion in the finished product."

The two steel wings fit perfectly into this central body, which houses the movement with an automatic-winding rotor and a large barrel providing 48 hours of power reserve. 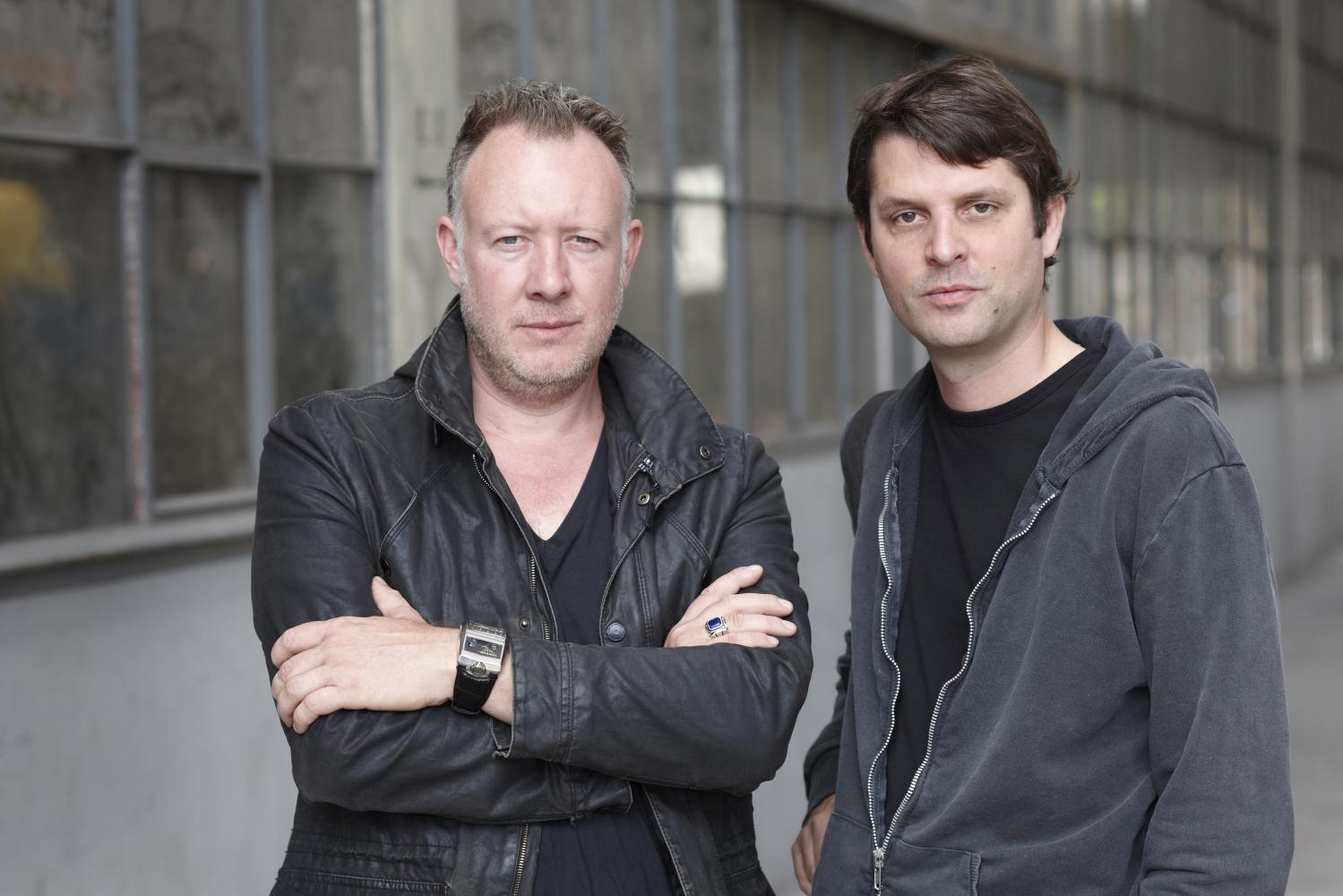 Made of titanium, the cardan shaft ensures the coupling with the display module, located at the front of the shell. It establishes this link thanks to a succession of gears that drive the hours and minutes prisms.

The jumping hours and trailing minutes are visible in their large sapphire crystal housings. As the hours jump on one side and the minutes advance in five-minute increments on the other, an additional trailing indicator shows the precise minutes.

Featuring grooved sides and enhanced with Super-LumiNova, the black aluminium prisms are secured by planetary systems that ensure they rotate both on their axis and in space. This kinematic approach calls for absolute precision and contributes to endowing the UR-112 Aggregat Odyssey with a totally unique and unconventional design.

"Once again we have let our guts speak for us in making a spaceship, a UFO that is a technical challenge. This UR-112 is pure madness in terms of the mechanics and the finishes," said Baumgartner.