In 1993, Chopard introduced a sporty timepiece based on an original and quirky association between steel and diamonds. Housed in a steel case with a supple pebble-link bracelet, the Happy Sport with a white dial appealed with seven dancing diamonds spinning freely between two transparent sapphire crystals. The choreography has enlivened a multitude of variations over almost three decades.

Held in Singapore's Paragon Shopping Centre, the "Happy Sport – Tale Of An Icon" exhibition portrays the inspiration behind the iconic timepiece and highlights Chopard's craftsmanship as well as how the collection embodies the spirit of joie de vivre and the free-spirited modern woman.

Staged by Chopard and Cortina Watch until Sunday, the exhibition also celebrates the latter's golden jubilee. The final of the six chapters presents the Happy Hearts and Happy Moon Cortina 50th Anniversary Editions that mark the milestone.

Five diamonds symbolising the five decades and a red heart dance across the white dial of the first commemorative watch housed in a 36mm stainless steel case and matched with a red alligator leather strap.

The red heart carries a deeper meaning. As a part of Cortina Watch's continued efforts to give back to the community, net proceeds from the sale of the Happy Hearts will be donated to the Singapore Heart Foundation (SHF). 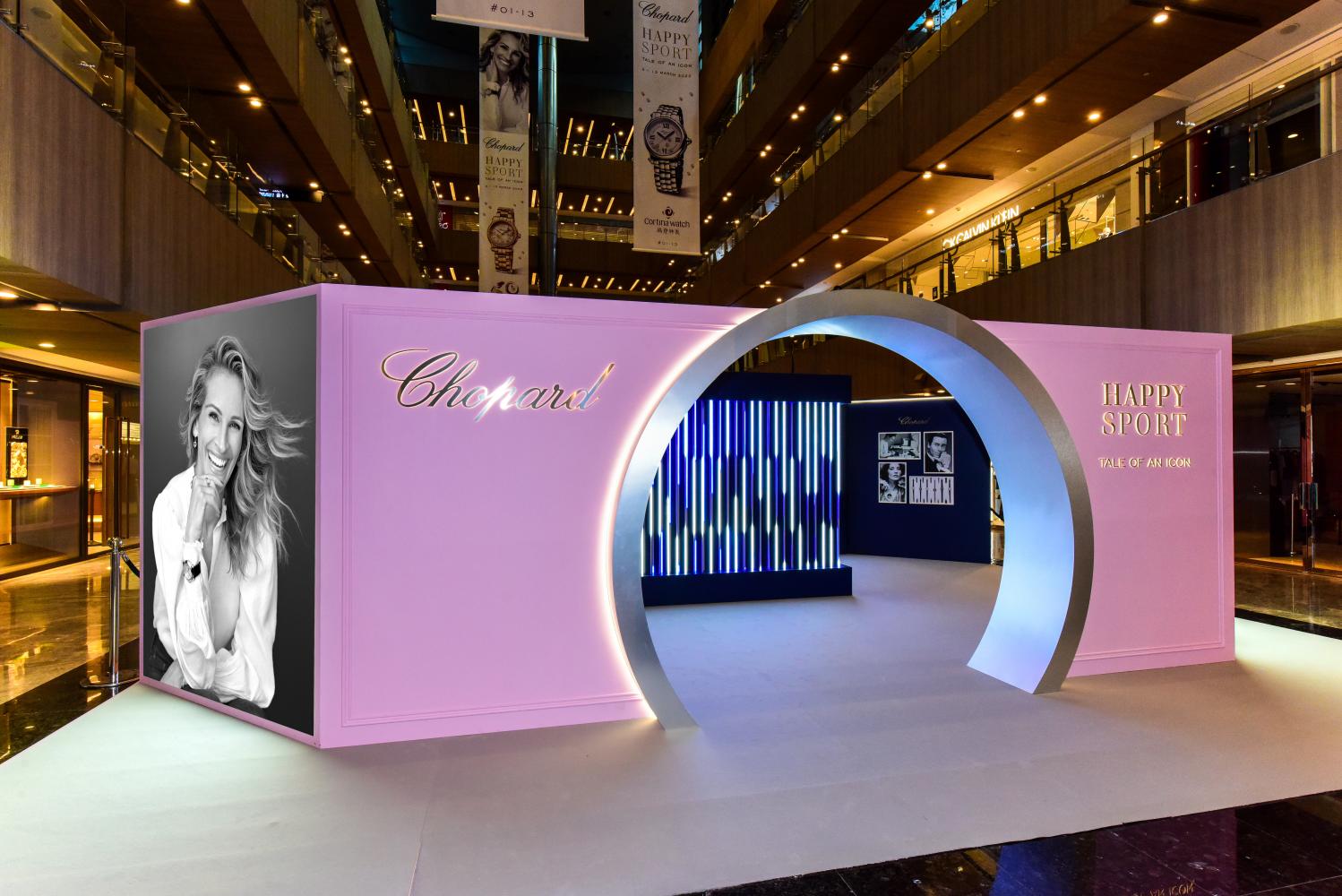 Until Sunday, the 'Happy Sport – Tale Of An Icon' exhibition runs at Paragon Shopping Centre in Singapore.

The heart-shaped logo of the SHF along with the "Cortina Watch 50th Anniversary Since 1972" inscription appear on the exhibition caseback that reveals the mechanical automatic winding movement with a 42-hour power reserve.

The Happy Hearts is a limited edition of 50 pieces while the Happy Moon is a poetic trio with an astronomical complication -- each version available in only five pieces.

The 36mm case is in ethical 18-carat yellow, white or rose gold, and the bezel sparkles with snow-set diamonds.

Seven dancing diamonds further whirl on the dial in green aventurine, blue aventurine or red mother of pearl, depicting the starry night sky with gold studs and threads tracing the outlines of the most famous constellations in the Northern Hemisphere. 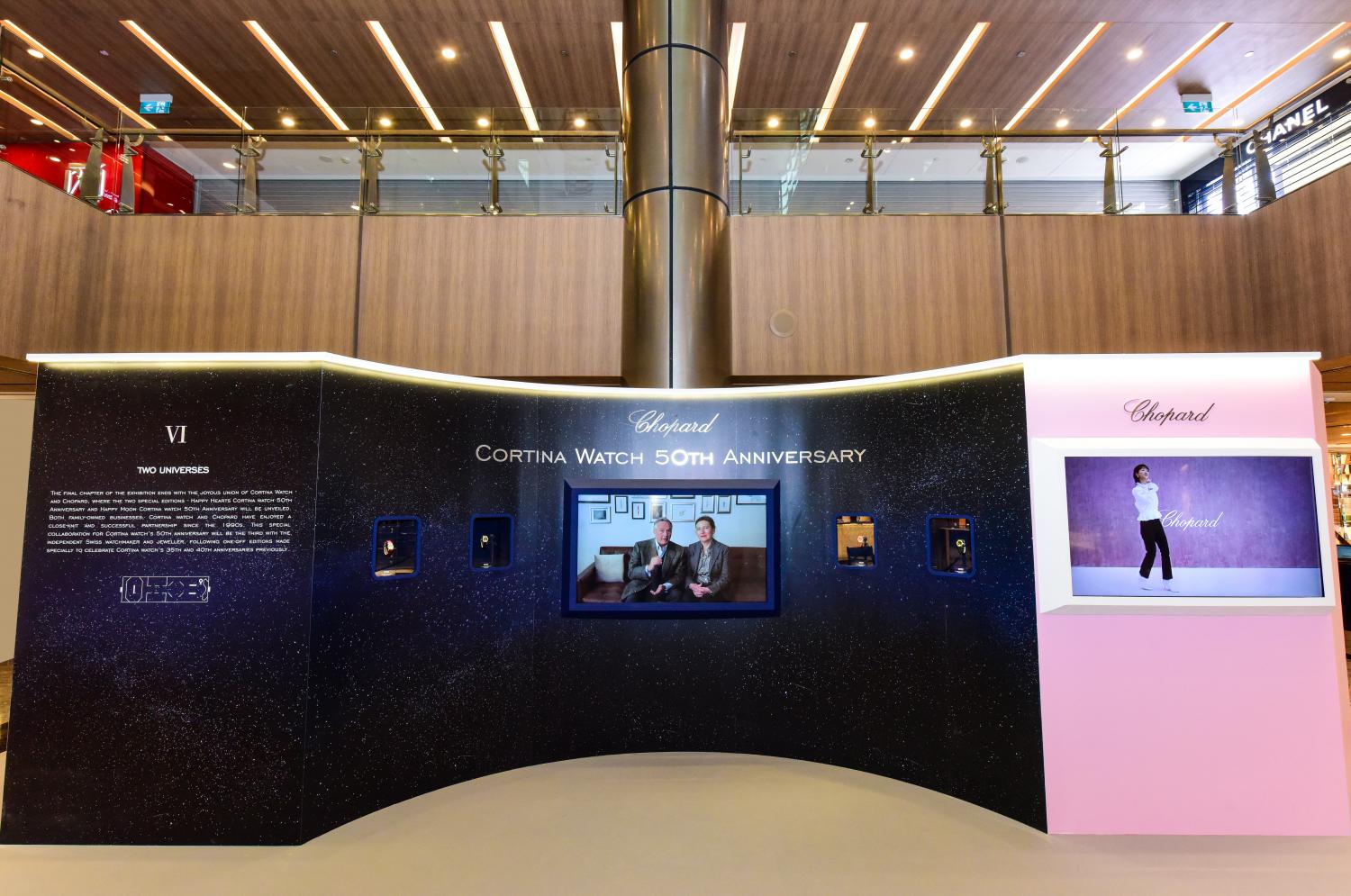 Opposing the moon phases beneath the Chopard logo, the small seconds at 6 o'clock takes the form of the North Star, finished with a classic textured goldsmithing technique.

Providing a power reserve of 65 hours, the Chopard 96.25-C calibre drives the Happy Moon with a COSC chronometer certification. The moon-phase display is so accurate that it will display a mere one-day deviation from the path of the heavenly body after 122 years. 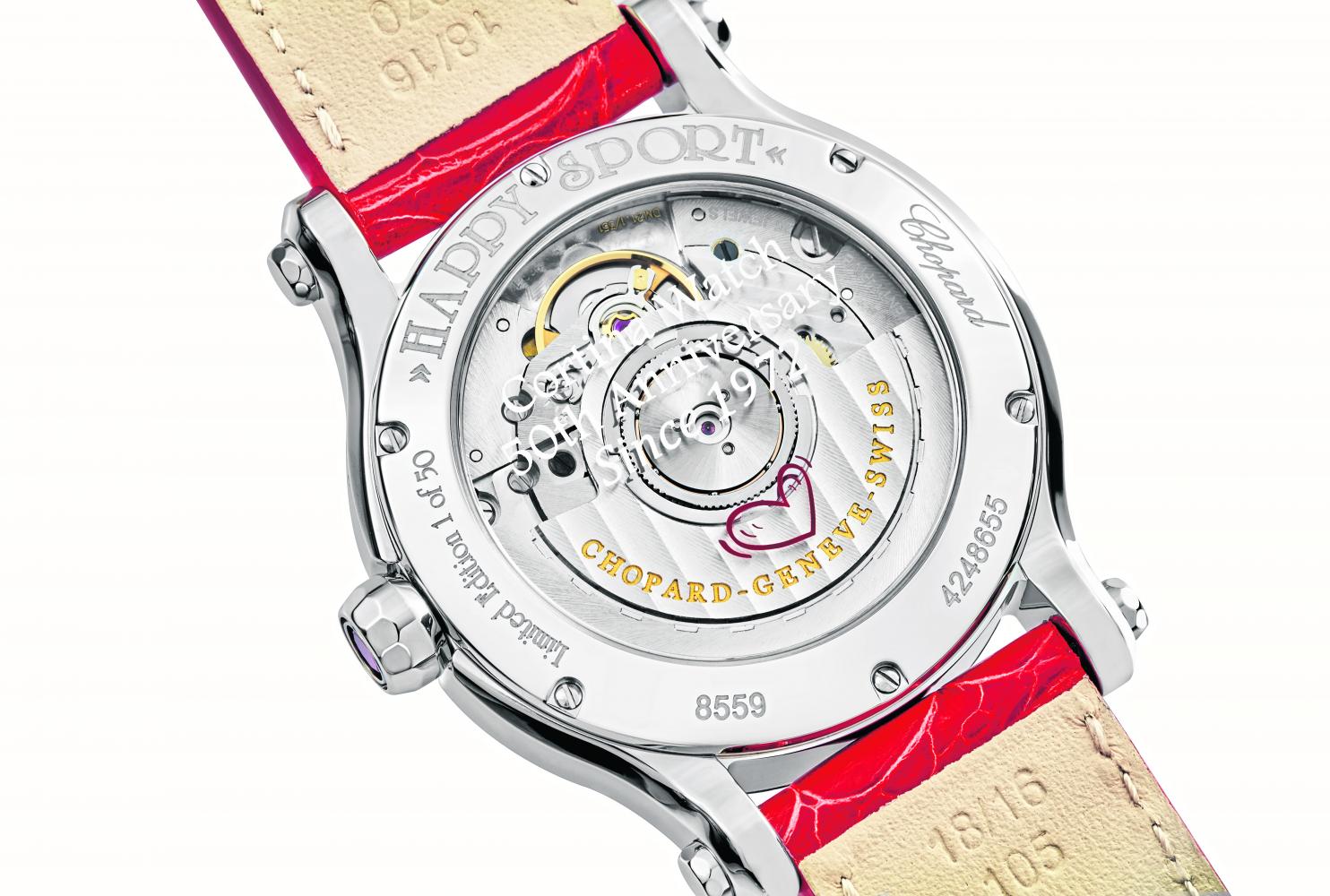 The caseback features the logo of the Singapore Heart Foundation. 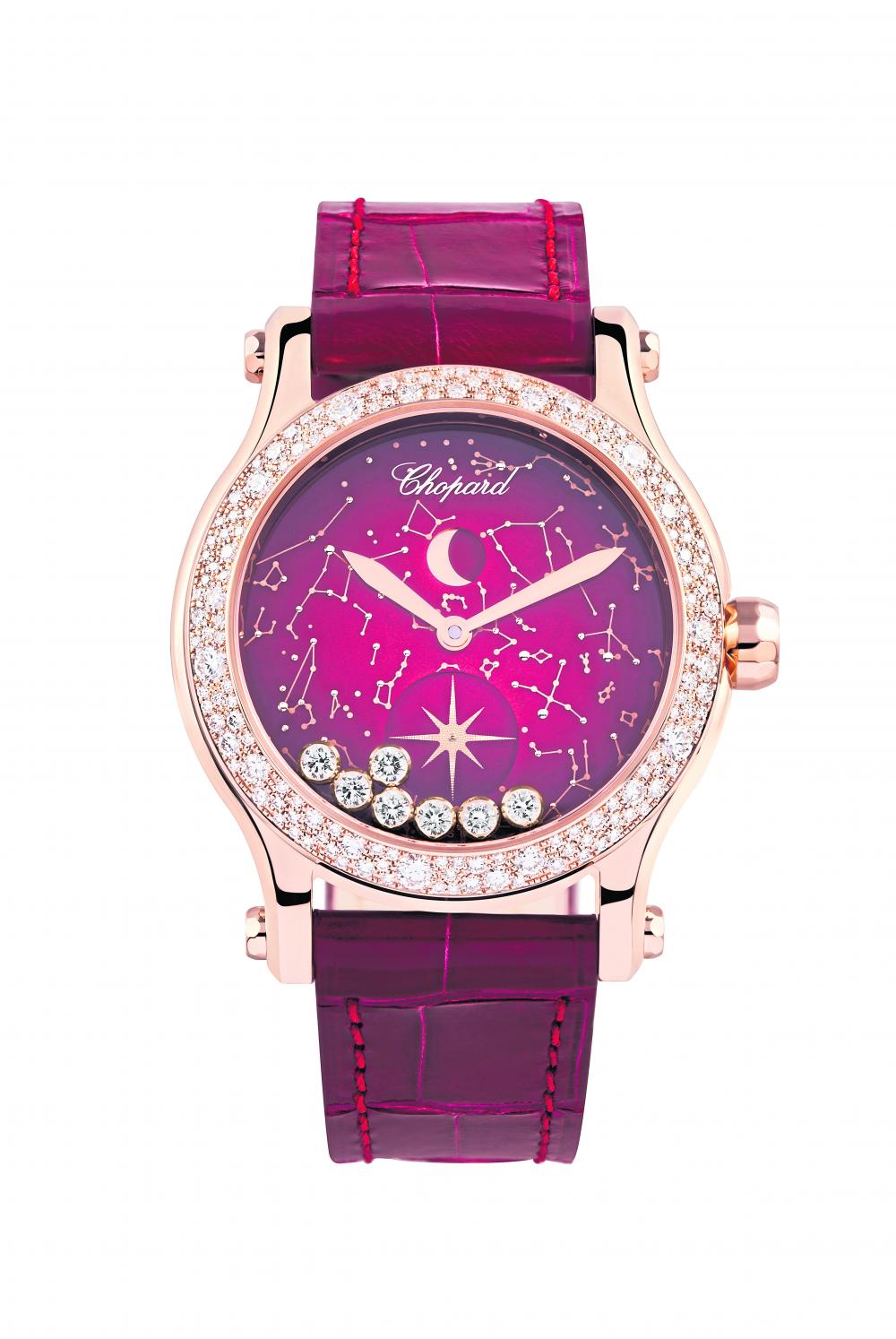 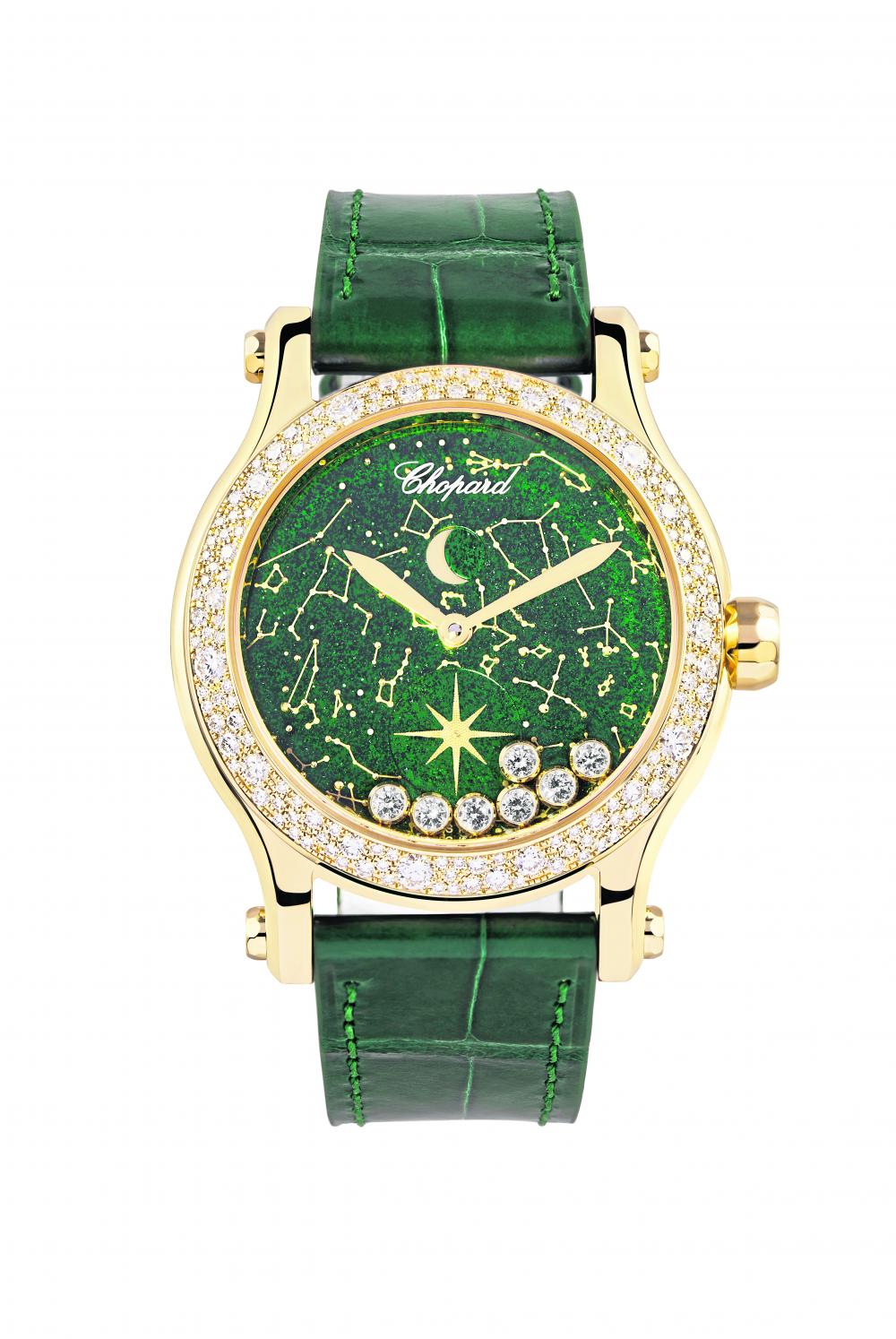 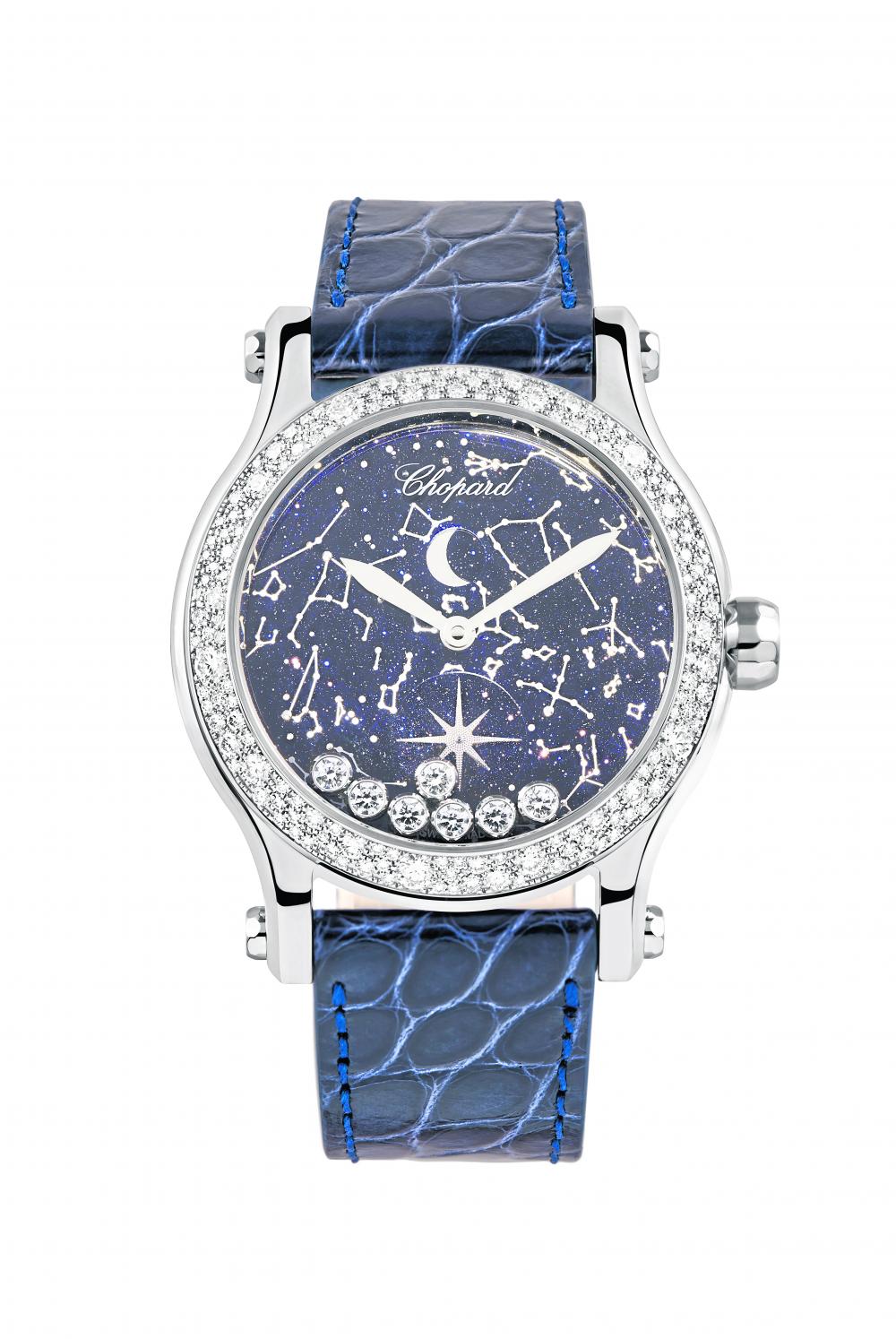