Much like the city he comes from, chef Marco Avesani's cooking is a labour of love. Born and raised in Verona, the city famous for being the setting of the greatest love story in English literature, Shakespeare's Romeo And Juliet, chef Avesani is the new face of La Bottega di Luca on Sukhumvit 49.

The Italian chef's cooking is, as he says, a story of himself and always focuses on the product and people. "Knowing the producers, where the produce comes from -- is important to me," says the young chef. At Thong Lor favourite, La Bottega di Luca, what is on chef Avesani's menu may look like traditional Italian, but "it is a new wave of Italian cuisine.

"There is more focus on what is found in Italy and what I have to work with. In other words, if you order a lasagna, it will not be the classic one. My culinary background is French so you will see a lot of sauces accompanying the dish. Like the simple tomato sauce is how we, Italians, connect the sauce to the ingredients. The sauce, technique and the kitchen are all about connecting each other," emphasises the chef. 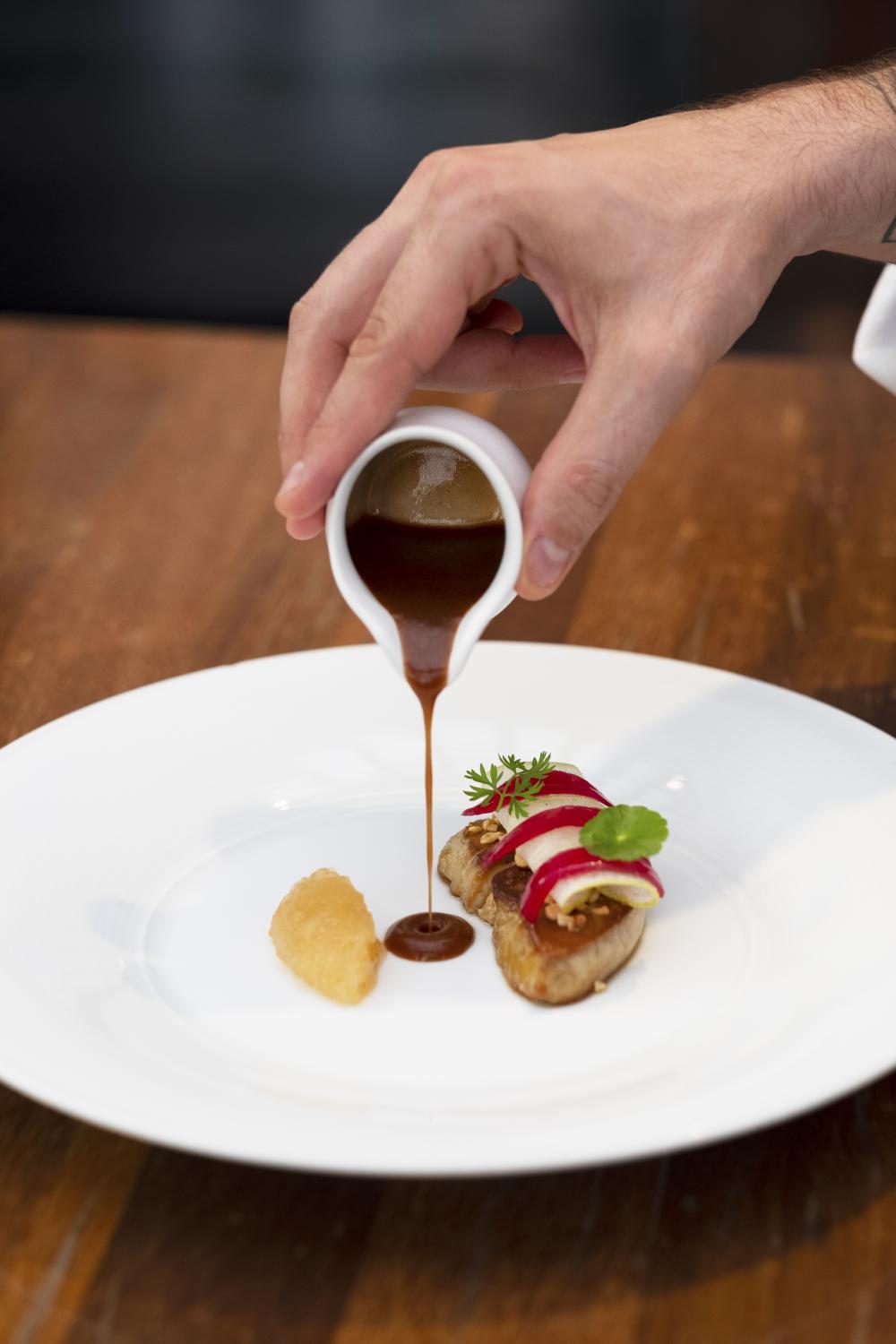 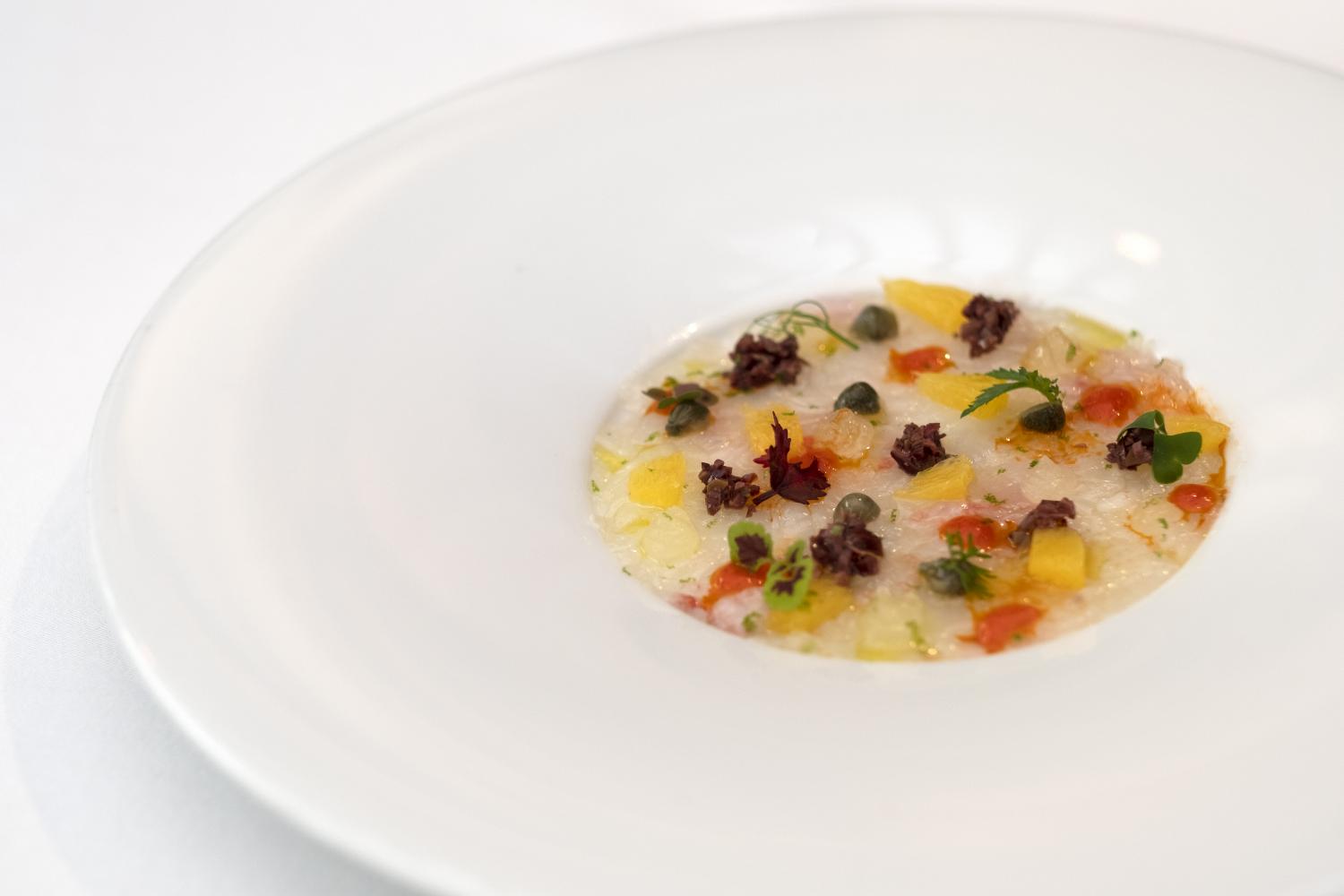 To taste his connections on a plate, the Langoustine carpaccio, sun-dried tomatoes, orange, yuzu, Taggiasche olives (B790) would be a good place to start. Slivers of raw langoustine are marinated in salt and extra virgin olive oil from the Lake Garda region, which is a fruity olive oil, for two minutes. The olives, which are grown in Ponente, the western part of Liguria, add a bit of sweet acidity, along with orange and yuzu zests, kissed with a bit of Campari and housemade sun-dried tomatoes. "I only use fleur de sel to finish the dish," adds the chef. Fresh, zingy and light, this is a dish to beat the heat.

Chef Avesani's passion for food originates from his father's restaurant in the Valpolicella region, where, he says, the quality of produces always came first. "Before it became a trend, my father used to visit every single producer, even those in remote areas, to choose only the best ingredients to serve his diners," says the chef.

Perhaps unusual for an Italian restaurant, but on chef Avesani's menu is the Foie gras, fresh pear, hazelnuts, apple jam with orange zest and a demi-glaze (B590). Having lived in Asia for eight years, the chef has also learned the beauty of Asian spices and fresh ginger adds that bit of mystery to the rich dish.

Risotto is probably northern Italy's greatest gift to the world. The Mediterranean seafood risotto (B850) is served at the table and is unlike any other seafood dish. The plate comes laden with lobster, tuna, scallops and snapper, with generous lashings of a gastrique of lobster head. "I always like to use fish, especially since Bangkok is close to Japan and getting fresh fish is possible," explains the chef.

Chef Avesani dresses almost every dish with olive oil, tableside. "In France, they have a fascination for dressing dishes with vinaigrettes and in Italy, it depends where you are and what olive oil comes from that particular region. It adds flavour to dishes and most of the time makes the dish lighter or adds flavour. Not all olive oils are the same so I use certain oils with certain dishes to make the products speak to you," adds the chef. Most of the dishes are dressed table-side so everything is as fresh as it gets. 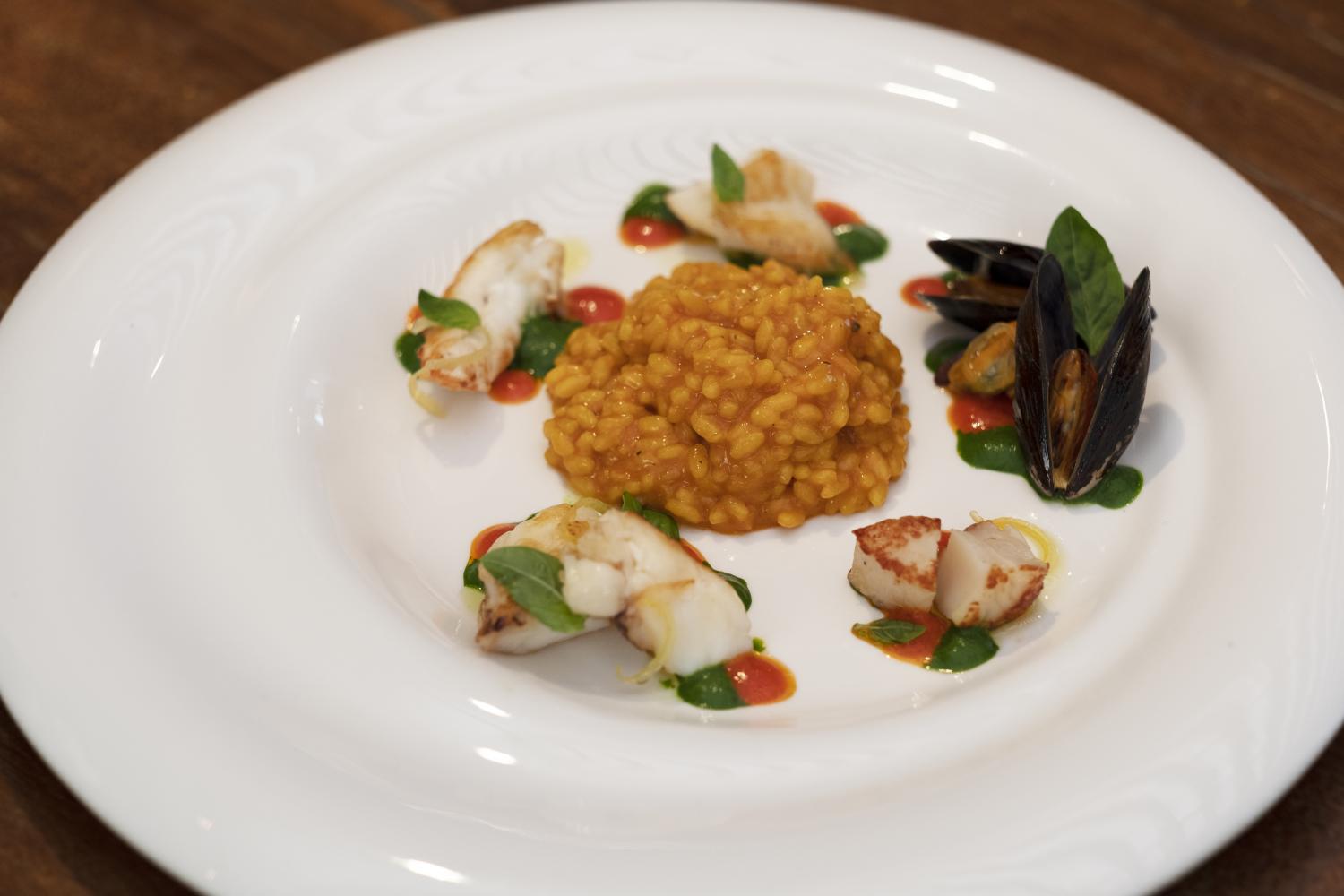 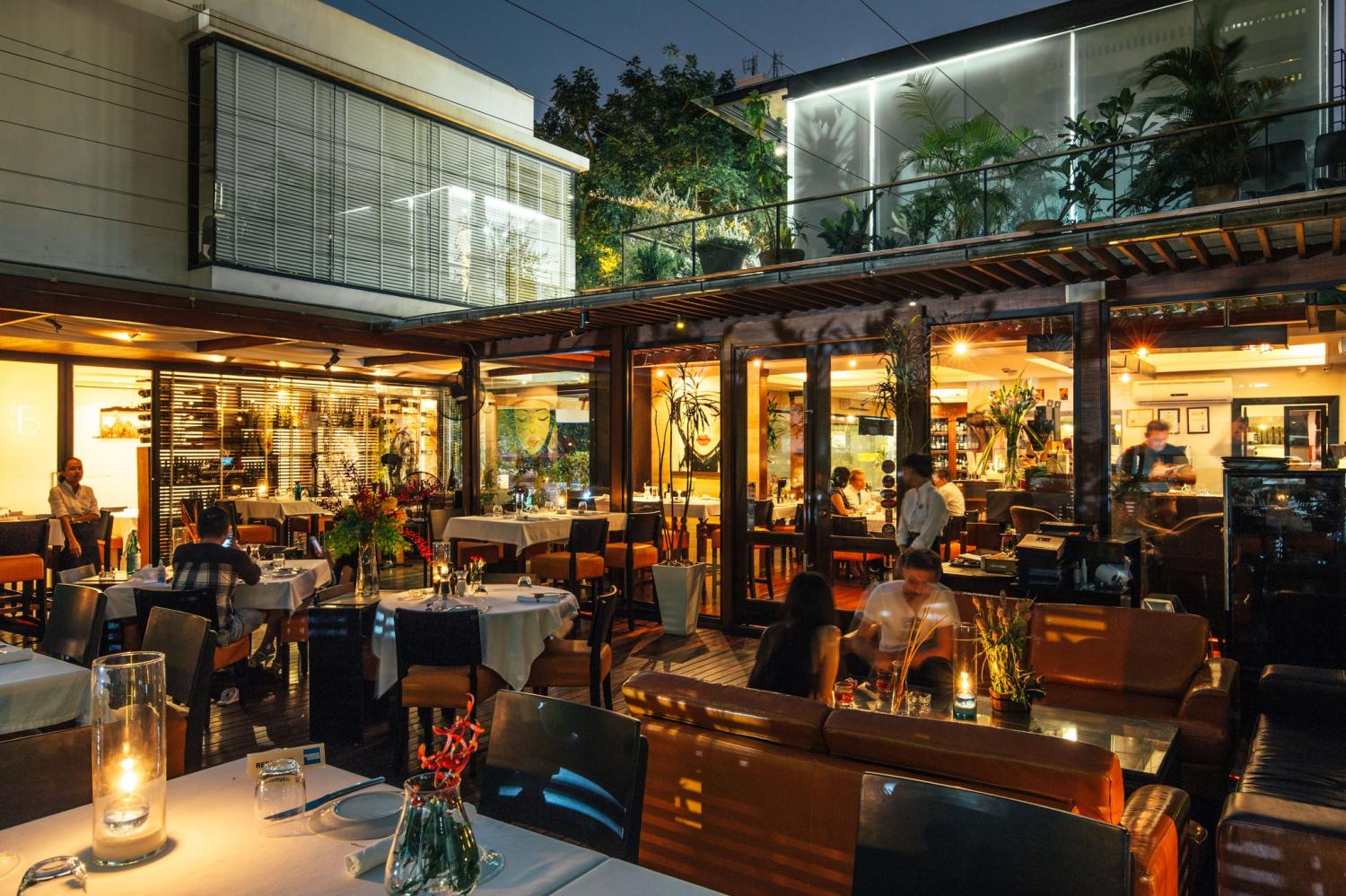 The menu is based on cuisine from the region chef Avesani comes from. Expect beans from the north of Italy and even the pasta differs, coming from the north. "I work with nature so even though the protein on the dish remains the same, the ingredients will change seasonally. I also use a lot of sour-tasting ingredients because I know that it elevates flavours.

"My dishes aren't heavy for Italian cuisine, they are more flavourful. In the north of Italy, we use a lot of flour and nuts. I don't want diners to leave with heavy stomachs so my desserts are light," says the chef. The Fresh figs tart, light mascarpone mousse, Bronte pistachio (B300) is proof in the pudding.

"I don't want to box myself as an 'Italian chef'; I don't like stereotyping. I want to be able to adapt my style of cooking to where I am," says chef Avesani. As the saying in Italian goes: "Liscio come l'olio" or smooth as oil. Call 02-204-1731 or visit labottega.name.