The quest for the truth
Life
Social & Lifestyle

The quest for the truth

The "compromised" nature of the crime scene in the drowning death of actress Pattarathida "Tangmo" Patcharaveerapong -- or Nida -- who reportedly fell into the Chao Phraya River from a private speedboat with fatal consequences, could well have been averted with better professional conduct by law enforcement and experienced police interrogators, according to former police investigator-turned-criminologist, Krisanaphong Poothakool.

While cyber sleuths continue with gusto to dig up proof of what led to Pattarathida's untimely demise, the Thai police have yet to offer a plausible explanation of the circumstances that contributed to the actress falling off the boat and eventually drowning that satisfies Thai society. This has largely been attributed to the fact that it has taken investigators a much longer time to collect evidence in this case due to the rather questionable nature of the eyewitnesses involved.

Krisanaphong said that while the type of evidence collected at the crime scene investigation varies according to the crime, physical evidence and testimonies are two general types of evidence that come into play. They are further investigated using science and law to determine an outcome.

He said physical evidence is comprised of data that can be measured or quantified. Examples include forensic evidence such as fingerprints, accelerants, hair or fibres, etc. Testimonial evidence comprises observations by eyewitnesses. There is also demonstrative evidence and documentary evidence that plays a role in establishing a credible scenario of what transpired.

He said all of this is required to make a plausible criminal case and bring justice to the victim. Circumstances that investigators encounter at the crime will largely dictate the approach used to process the scene. 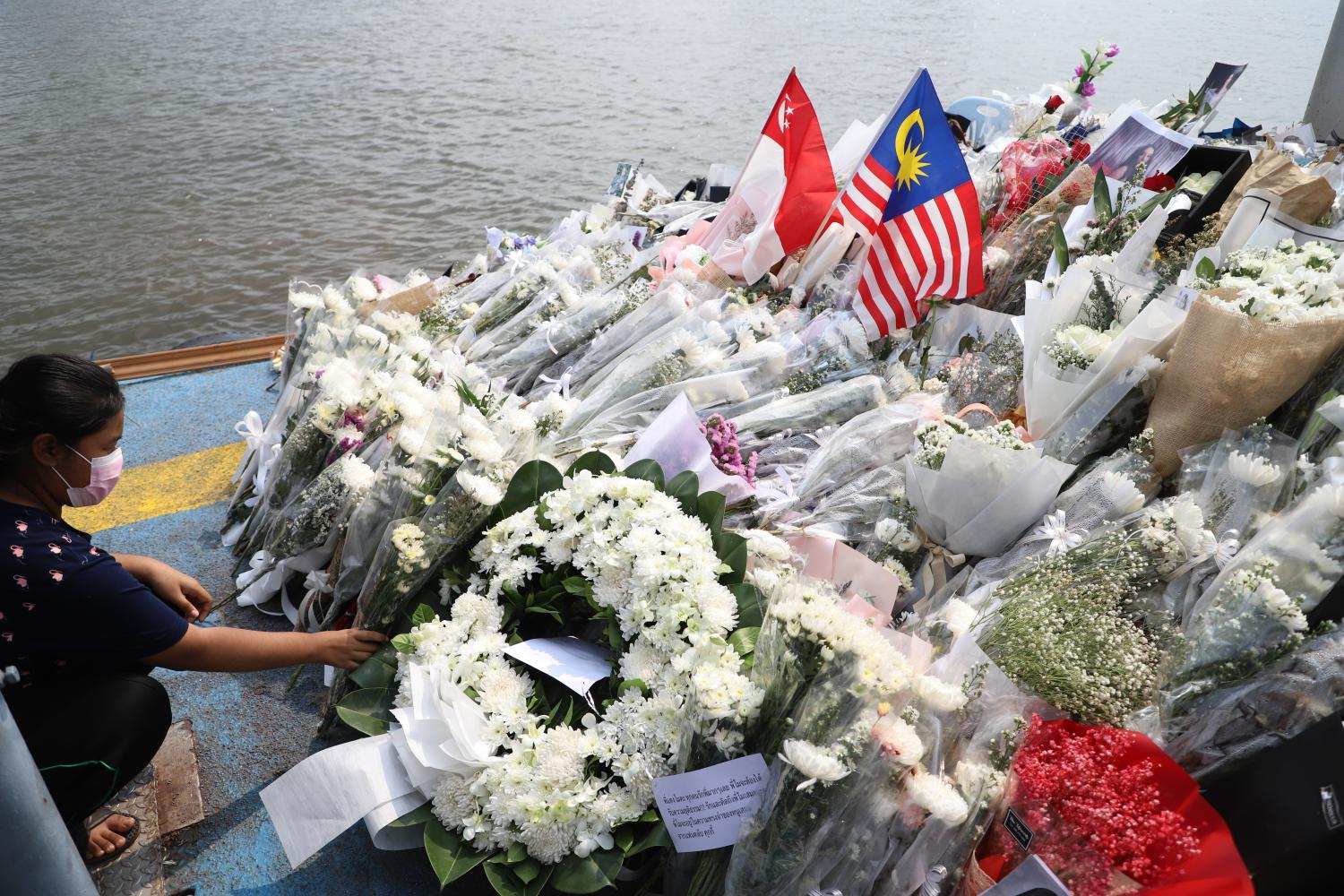 In Pattarathida's criminal investigation, Krisanaphong remarked that complexities arose due to a slew of reasons, starting from the fact that the incident occurred on a moving boat, with the remaining passengers the only ones there to offer eyewitness account of the incident.

The last person to see the actress alive was transgender Wisapat "Sand" Manomairat, who claims she was relaxing at the rear of the boat and using her mobile phone when Pattarathida showed up saying she wanted to relieve herself.

Wisapat claims that the actress then lowered herself down on the swim board, but lost her balance and fell sideways into the river.

Alerted by Wisapat's scream, the driver then turned the boat around to search for Pattarathida, but there was no sign of her.

According to news reports, when rescue workers arrived at the scene, the actress's friends gave confusing accounts of the incident.

Instead of offering full testimonies to police that night, they opted to stay away from the scene.

The rest is an ongoing saga that has put Thai police in a bind as fresh revelations of what might have most likely led up to Pattarathida's death have become a daily news soap opera.

Krisanaphong said while suspicions naturally arose from the fact that people close to the victim decided to leave the scene, police should have been more proactive in getting their testimony as soon as possible.

"A seasoned police interrogator would have taken the steps to question and test the five eyewitnesses immediately for drugs and alcohol," remarked Krisanaphong, who said police needed to assume the worst-case scenario in such situations, and thus conduct a thorough preliminary investigation even if it eventually turns out to be a case of accidental drowning.

"When you go with a proactive mindset into a possible crime scene, you will see the need to confiscate the speed boat long enough for the crime scene investigators to collect vital evidence which can later determine the course of the case. This is a crucial decision to make because forensic evidence can disappear if not collected promptly. The longer the delay in doing so, the longer it will take investigators to piece together what happened on the boat.

"By conducting a systematic examination of these areas, crime scene investigators can uncover the physical evidence needed to help identify what happened and who was involved. This process must be conducted carefully and thoroughly to ensure that crucial evidence is collected and fragile evidence is not destroyed in the process. The evidence which is collected can easily verify the testimony of eyewitnesses such as Wisapat for instance who claimed that Pattarathida was holding onto her legs while taking a leak. The evidence of urine stains and fingerprints on Wisapat of the actress would confirm if she is telling the truth."

While giving his take on the manner with which Pattarathida's case has been investigated thus far, Krisanaphong said the professional conduct of law enforcement that was sent to the scene of the incident at the beginning comes into question.

"A person with investigation experience, especially in interrogation, would right away have known the procedures to take when faced with such a situation," said the criminologist. "Without the experience, there is an obvious lack of skills and tactics in the officer's approach to the situation." 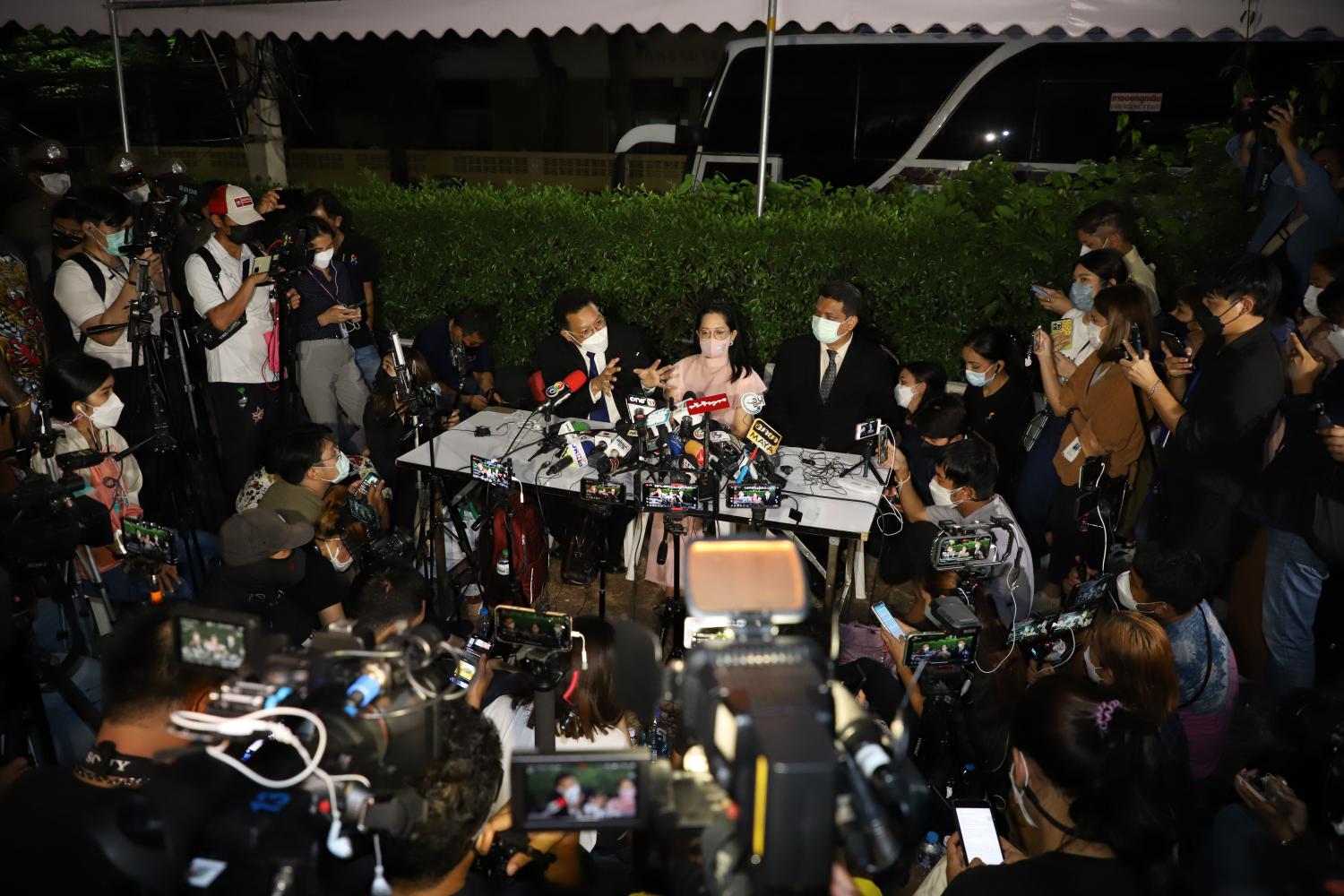 A recent press conference where Pattarathida's mother, police officers and lawyers revealed the results of an autopsy. (Photo: Varuth Hirunyatheb)

Krisanaphong believes that the state of the police force in the country mirrors its government, thus when Thai police are faced with solving criminal cases, they are hit by a roadblock.

Expounding further on his belief, he remarked: "The bureaucracy within the current governing system and the negligence in introducing police reforms continue to hamper among other related issues police investigations.

"Officers without higher connections find themselves in limbo as they can often be transferred to departments they are not personally ready to handle but have no say in the decision because it is an order from their supervising officers. What this means is that when cases such as Pattarathida happen, the first responding police officers don't necessarily have the experience and skills to know what is required of them as they might have zero experience in police interrogation and to a large part investigation. The bureaucracy involved can also become a stumbling block in the investigation for them.

"That is why I believe we need police reforms, which are part of constitutional law but have not seen the light of day to happen, so law enforcement with the proper know-how can play a crucial role in investigations like Pattarathida's and others which require the expertise of experienced police interrogators to ensure evidence at the crime scene is preserved and eyewitness account swiftly recorded."

When asked what he felt the direction of Pattarathida's case will take from the evidence the police have currently, Krisanaphong said: "One thing is for sure and that is that not the entire truth has been told by the eyewitnesses. It has also been confirmed that there was negligence on the part of the person who was driving the speedboat that made the victim fall to her death.

"We have to now conclude if there were others included that contributed to this negligence.

As for lessons learned, Krisanaphong concluded: "This case is a reminder that Thailand has to work harder towards making this a country where justice is served to all. If a public personality is finding it this difficult to get justice, how about the rest of us?"