Khao gaeng, a social staple n Thailand, isn't just limited to curry over rice. Its appeal is far more, especially with the vast array of salads and stir-fries. 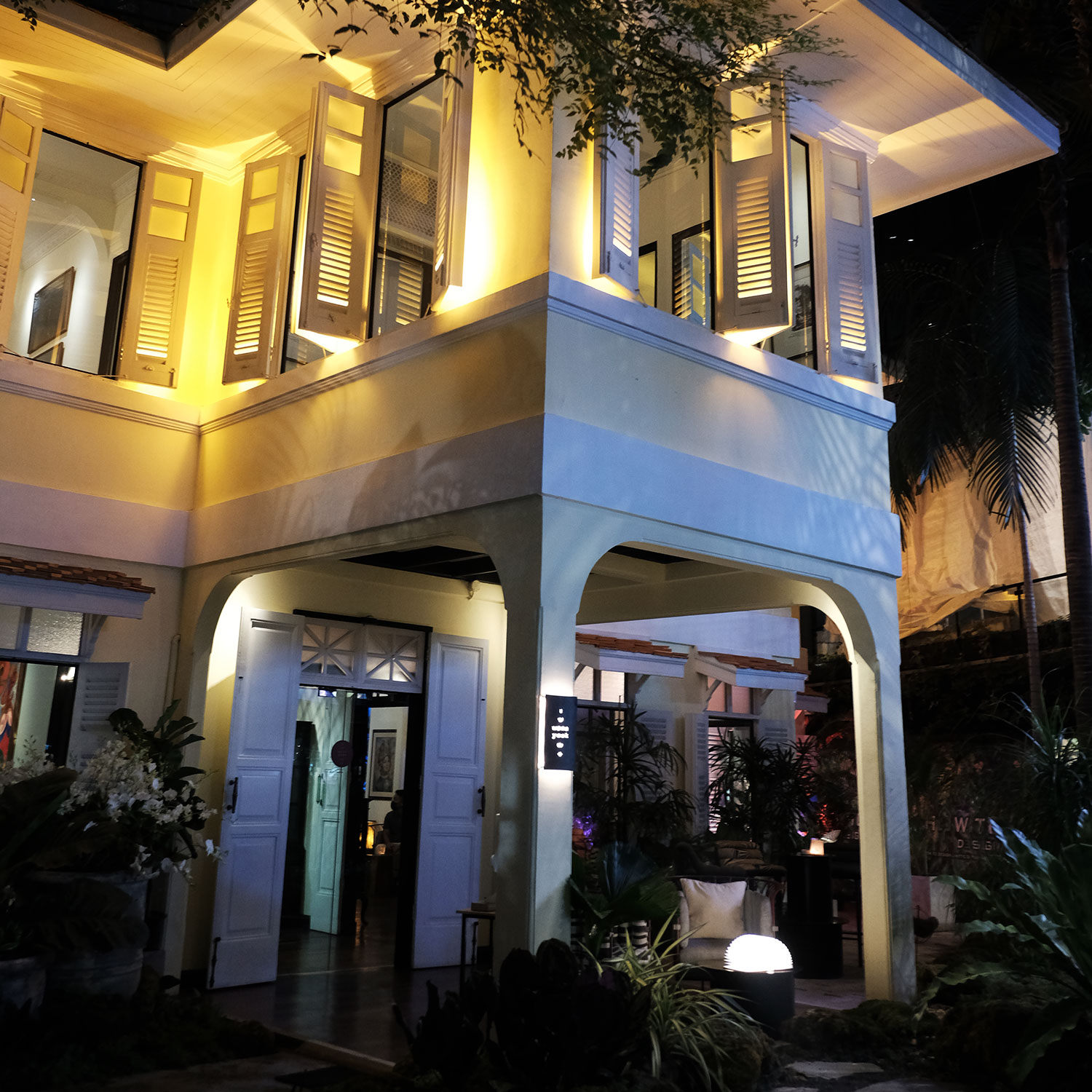 Wana Yook, which loosely translates as "tone of time" pays homage to the khao gaeng culture through the ages. Bringing the curry over rice meal to the fine dining table is chef Chalee Kader of 100 Mahaseth fame. At Wana Yook, chef Chalee transforms the simple, fast and efficient meal into new, modern-day experience. "Wana Yook is all about the rice and curry shops. Usually it's a quick meal in the morning or lunch. I have taken that idea of ingredients that compliment each other and created smaller dishes with them. By the end of the night, you would have almost eaten every flavour available at the khao gaeng shop," exclaims chef Chalee.

Set in an old colonial-style house, with a secret-like entrance at BTS Victory Monument, Wana Yook's almost 12-course menu (B2,950++) kicks off with "a few snacks". The street food favourite of mussels pancake takes the shape of a tartlet at Wana Yook, with oyster emulsion, housemade soy sauce and hairy aubergine, topped with egg floss. The tapioca crisp is made with shrimp and comes with a relish. Marian plums, which are in season and abundantly found on all menus, stuffed with minced pork.

The first course is all about the salted duck egg relish with fresh mackerel, with bilimbi and white turmeric. The cylinder-like "vol-au vent" is made from climbing wattle (cha-om). Rice plays as much a part on the plate as the ingredients and at Wana Yook, the various types of rice come from artisans and local suppliers from all over the country. Each paired with dishes to give you maximum enjoyment. If you are a rice and curry person, like me, you will know how important rice is to particular dishes. 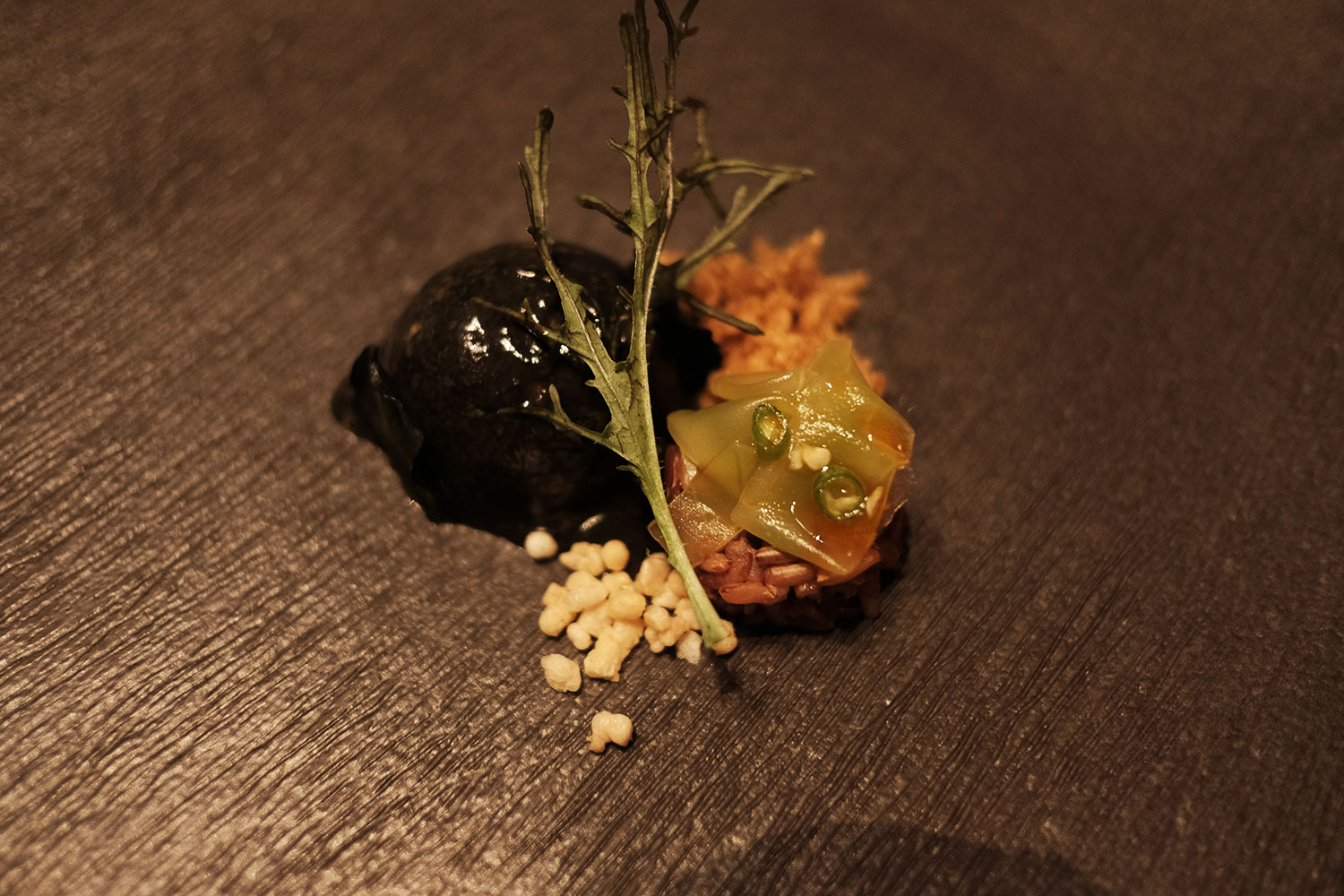 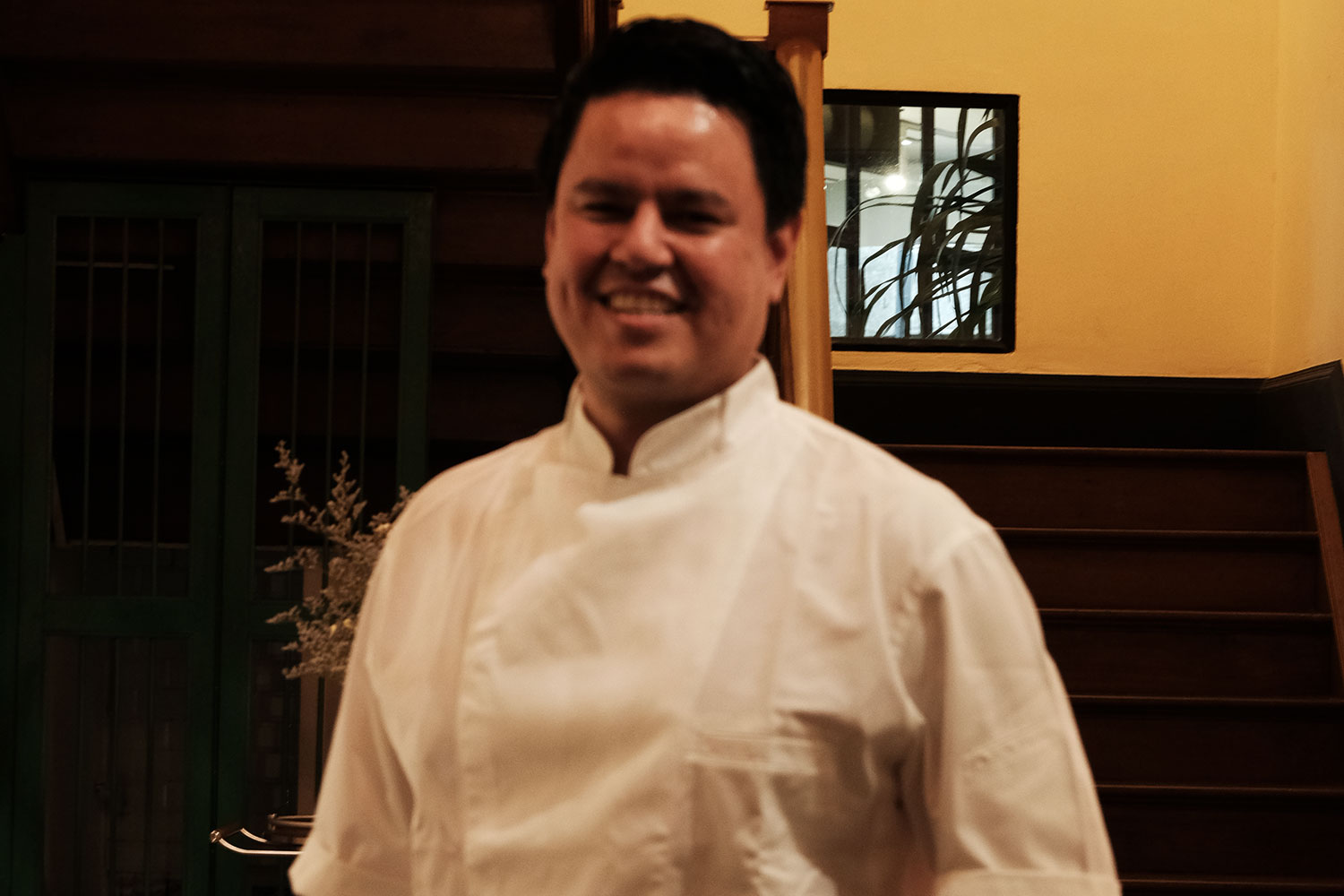 The second course is the chef's take on tom ka gai, which uses short-grained rice, almost like Japanese rice. Klong Prai chicken is used with curry-paste, flash-fried shrimp crisp. The bottom has tomatoes and chillies mixed with rice and pork fat. Yum! Rice-field crab in coconut cream is next and it is paired with tiger prawns and fresh vegetables to form one of my favourite Thai curries of all time -- gaeng tai pla. Instead of the usual fermented fish in a curry, chef Chalee serves it dry. The curry is turned into a powder; green for kaffir lime and coriander and brown for the dehydrated curry paste and vegetables. The dish is served with perilla seeds.

"In the South, they braise squid in its own ink to make a curry and that's where the idea for the next course comes from," says chef Chalee. The hor mok is glazed with this curry, which gives it more umami and comes with egg floss, Chinese kale or kalian and spicy bai yor, which is usually in the steamed hor mok. The steamed dish served with ruby rice, whose husk is very hard but once steamed the rice becomes soft. The gaeng liang course is served with fried gourami and is a good prelude to the next course.

Another one of my favourite southern Thai curries is Gaeng som (I'm partial to all the spicy ones). The next course was probably my favourite course, even though my mouth was on fire after eating it. But such is the joy of the dish, which uses pork belly as the protein. The pork being braised in palm sugar and fish sauce and comes with the gaeng som staple of giant catfish roe. The rice used for this is a hilltribe short-grained rice.

To cool down the palate before the main courses kick in is coconut granita served with in-season sea grapes. The beef masaman uses wagyu while on top is grilled Angus striploin and comes with pineapple salad garnished with chilli flowers and potato. The final course aka "khao gaeng Wana Yook" in all its splendour comes samrub-style, which really means it's not just one dish. Crispy fried egg whites come with a chicken egg yolk marinated in fish sauce and a duck egg yolk marinated in soy sauce. The crab curry comes with betel leaves and climbing wattle. The salad is sea blite, served with squid and stir-fried bai liang with egg. This is not a main course to be rushed, simply because by now you are full. Take your time, savour each bite. "At this time, this main course is very Southern-influenced. In the near future, I have an Indian-Muslim-influenced one, where the dishes will showcase curries that are semi-Thai and semi-Indian. This is why it just says "khao gaeng Wana Yook," emphasis chef Chalee. 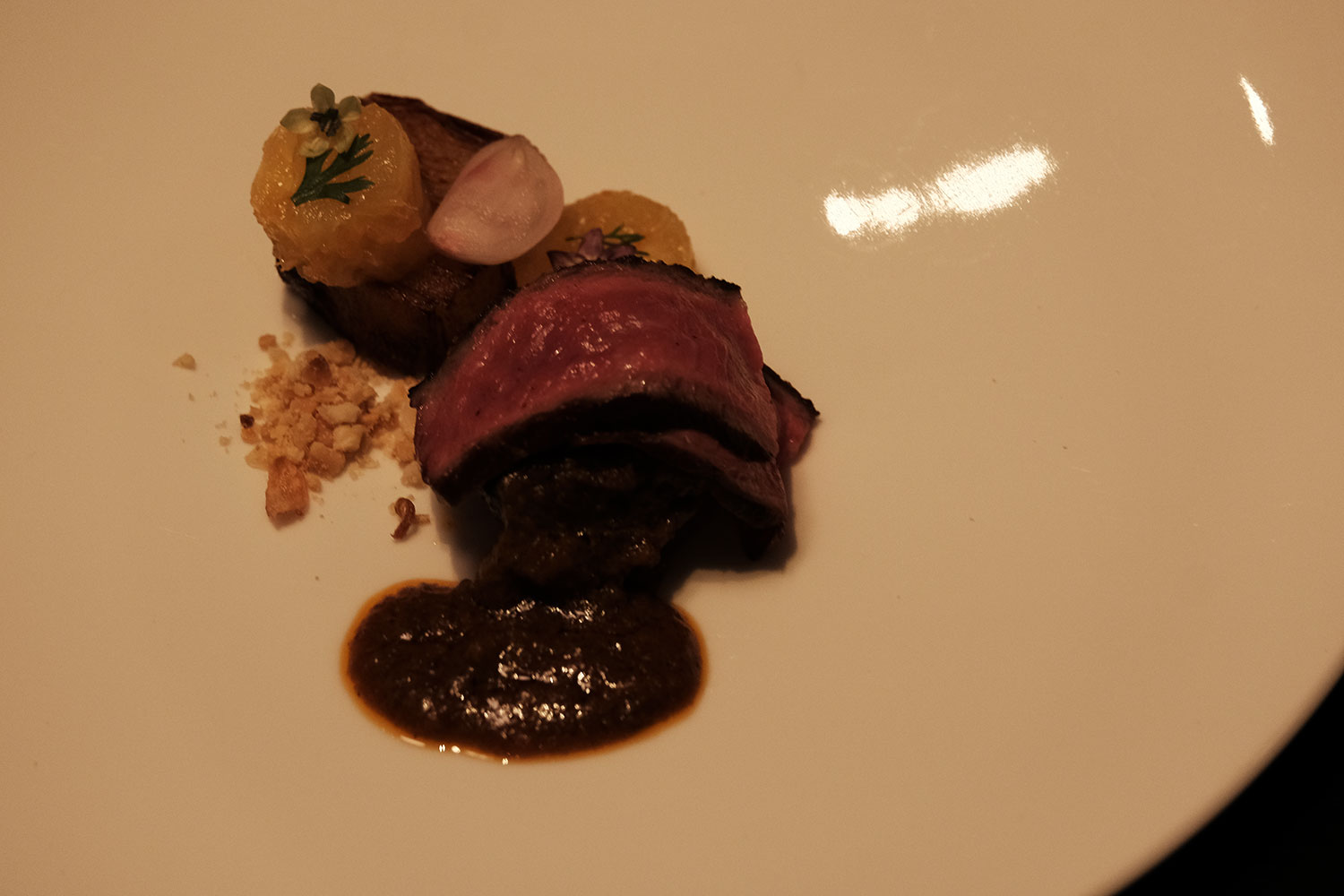 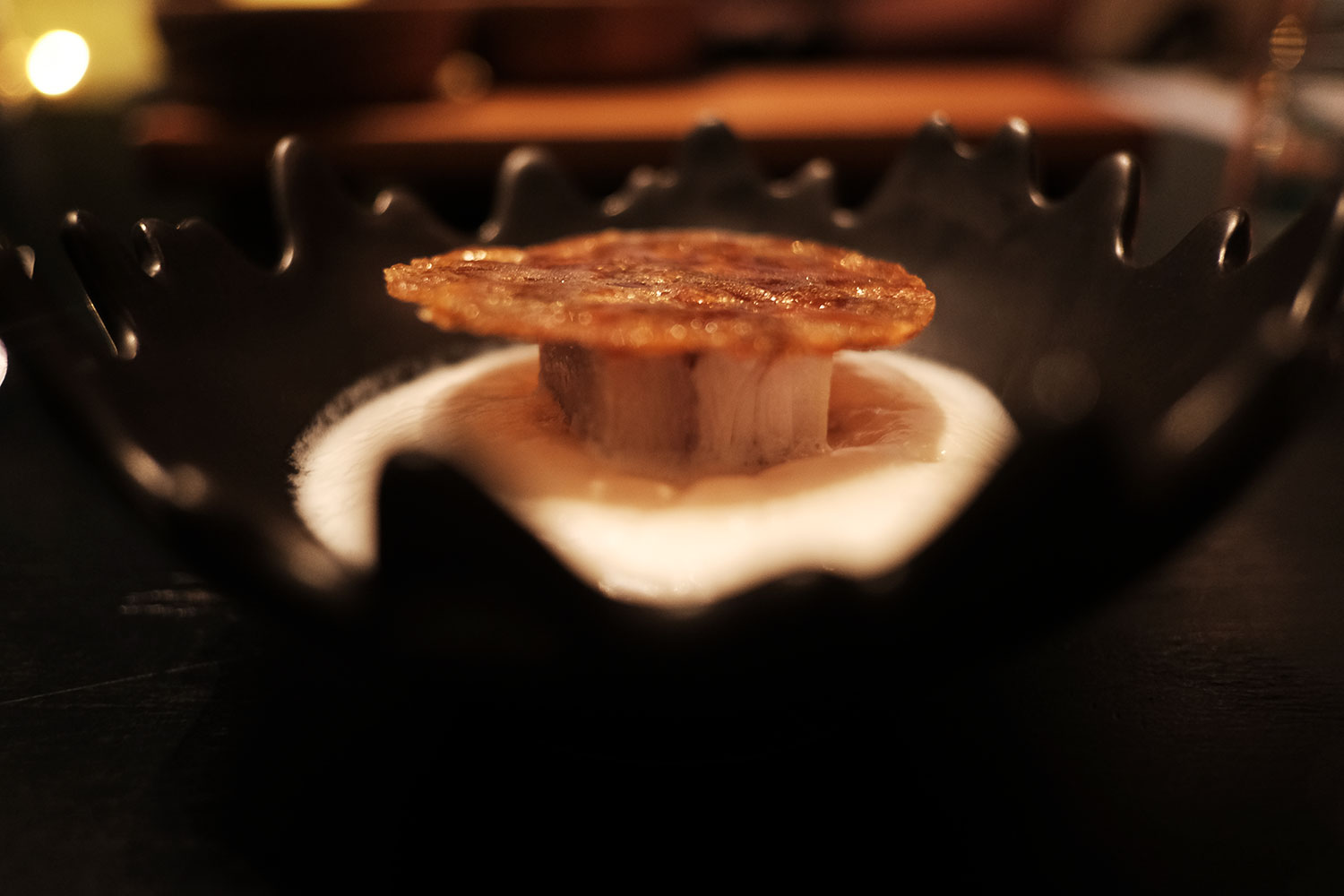 To end on a sweet note, a modern take on khanom piak poon, made from rice flour and coconut, and petite fours are served. If you do get the salted custard mochi, do take care to eat it in one bite or you may have remnants of your meal on your blouse like I did. But I remain unashamed, signs of a good dessert are always a pleasure. "Wana Yook doesn't sacrifice flavour despite its pretty form. It has a fun quirkiness to it," adds chef Chalee.

Due to the changing seasons and to keep returning diners happy, the dishes may be adapted or changed. After all, the beauty of khao gaeng is its vast repertoire of dishes that never seem to repeat. It is one of Thailand's food cultures that have stood the test of time. Call 096-793-3163. 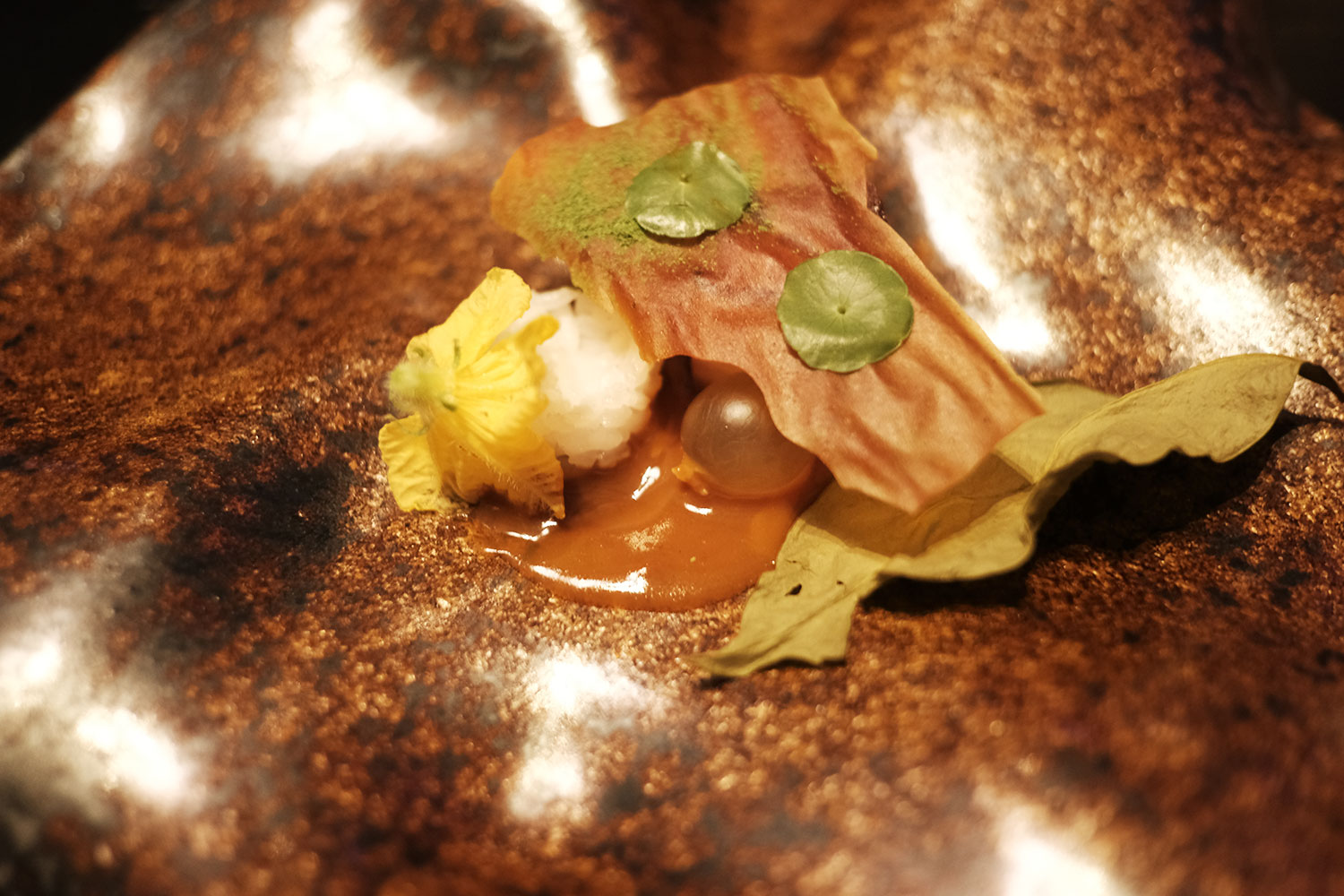