When they say rock never dies, it's probably because rock music is associated with youth and teenagers. The loud, heavy guitar riffs, intense drum sounds and emotional vocals resonate with adolescents fuelled by hormones, rebelliousness and teen angst. The same goes within the world of cinema, where we see the combination of rock music and teen movies pop up every five or 10 years to appeal to the young generation, from Rock'n'Roll High School (1979), This Is Spinal Tap (1984), Detroit Rock City (1999) and School Of Rock (2003), to name a few.

Netflix original Metal Lords is another addition to the list of teen rock band movies. It's about two high school misfits who decide to form a metal band and win the school's battle of the bands. Metal Lords is directed by Peter Sollett and written by D.B. Weiss. Despite the movie having a good cast, a classic heavy metal soundtrack, and even featuring the same creator as HBO's Game Of Thrones, Metal Lords feels nothing more than a generic teen film featuring a plot that is hardly memorable.

The story is centred around Hunter (Adrian Greensmith), a die-hard heavy metal fan with a ton of knowledge on all things metal. Hunter enlists his shy and nerdy best friend Kevin (Jaeden Martell) to his rock band Skullf*cker. The pair decide to play as a duo until they can find a worthy bassist. However, metal music has become outdated and most of their schoolmates are more interested in Justin Bieber than Black Sabbath, so finding a bassist is a struggle. That is until one day Kevin overhears Emily (Isis Hainsworth) shredding a cello at school. Impressed by her unique character and music skills, he convinces his narrow-minded friend Hunter to welcome Emily into the band. In between, they must contend with school, parents, friendship, first love and teen angst while trying to get along long enough to win the battle of the bands.

Sure, Metal Lords has its own entertaining moments, and the chemistry between the key characters is believable and likeable. I can't really tell if the actors actually play their instruments, but the stage performances are well shot and fun to watch. However, beyond the extensive playlist of classic metal jams, the film isn't particularly about the allure of this genre or its history, but rather uses it as a fashion gimmick. It feels like the filmmakers only wanted to reintroduce the genre for its look and glamour and paint metal to be angry and mean, as if that's the only way to be. I found the stereotypes in this movie to be off-putting and it felt like the movie was written by someone who appears to only have a view of the scene rather than ever being a part of it. 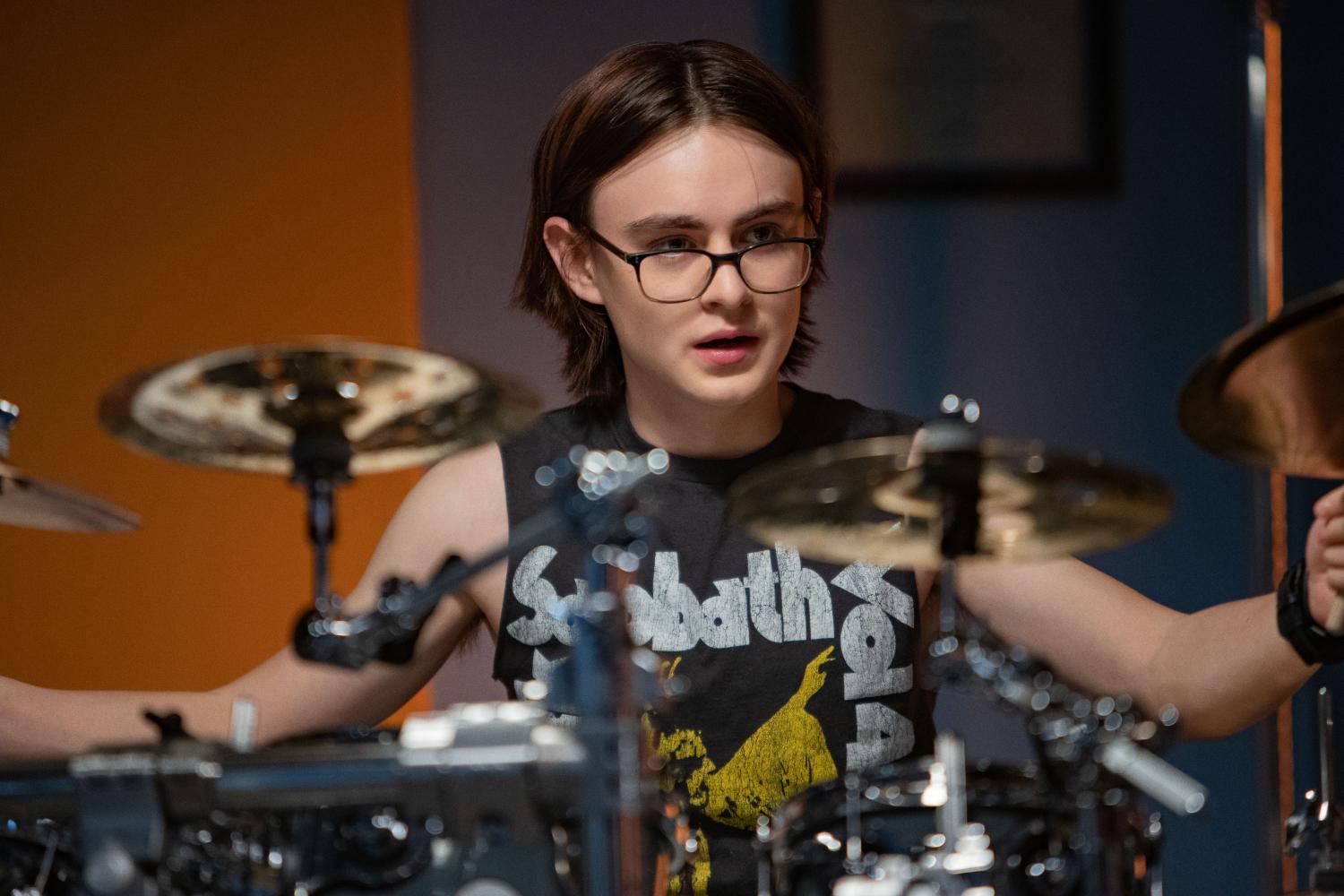 There are all kinds of issues at play here, from mental illness and social outcasts to school bullying, but those elements are on the surface. It seems like the creator could not really decide how to treat serious issues. The romantic side is quite odd and the friendship redemption plot is tepid. It's all over the place. It's disjointed and suffers from a bit of an identity crisis. For fans of oldie metal, there are some surprise cameos that are unexpected and entertaining.

I also found the climax of Metal Lords anti-climactic. It's too predictable, especially the idea of a battle of the bands which is not exciting anymore. It feels like it's trapped in the 80s and 90s, and a bit out of touch for a story in today's world. However, if you go into this movie without any expectations, Metal Lords can be entertaining to watch at times and some of the humour works, but the drive of this movie is actually the relationships which unfortunately don't get the time and effort they deserve.