Thailand recently exported its culinary charm to the world with the release of the locally-produced animated series, Tasty Tales Of The Food Truckers, which is streaming via Kidoodle.TV in Australia.

The series features three main characters: Sonny, a bear chef with a passion for food; Andy, a smart inventor who can plan and fix everything in every situation; and Tong, the social media savvy individual who lives for likes and followers. Tong's smartphone is always at the ready to broadcast special activities and adventures from the food truck. 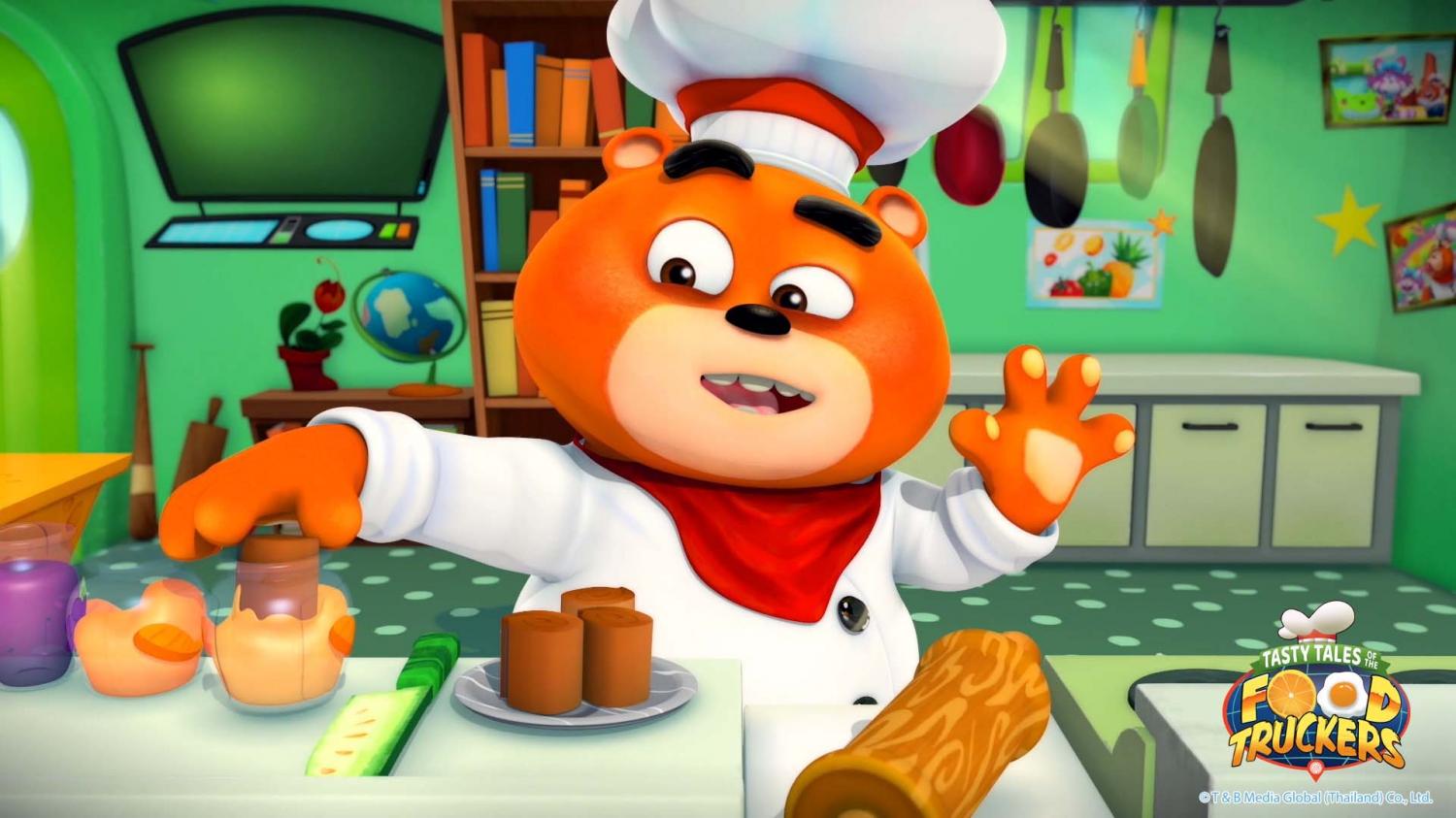 Apart from culinary techniques presented in a fun approach, the audience -- young or old -- will learn about cultural differences, friendships and food jargon from the series.

Tasty Tales Of The Food Truckers stars Dan Clark (Team Smithereen, Brats Of The Lost Nebula) and is directed by Bill Kop (Eek The Cat!, Tom & Jerry: The Fast And The Furry) and Bob Higgins

The release of Tasty Tales Of The Food Truckers in Australia is the first collaborative effort between T&B Media Global and Kidoodle.TV -- a streaming platform for children -- that welcomes the work of Thai animators to the advertising-based video-on-demand (AVOD) platform.

For viewers in Thailand, the 10-episode animated series is streaming on Netflix.