If you need one, just one, reason to visit Udon Thani in Thailand's Northeast, it would be to eat at chef Weerawat "Num" Triyasenawat's brilliant Samuay & Sons. Since I first wrote about Num in 2018, Samuay & Sons has gone far beyond its menu of local ingredients cooked with medicinal values in mind.

Last July, chef Num established Mah Noi Food Lab with chef Curtis Hetland, of the now-defunct Inua in Japan, to put more of a spotlight on the complexities of Isan produce, such as the region's famous fermented fish, or pla raa. With the main focus being fermentation, Mah Noi is an experimental project, which aims at using local ingredients, methods and techniques to develop new tastes. It's very à la Noma, one of the world's most coveted restaurants that focuses on foraging, seasonality and fermentation, and this shouldn't be a surprise considering Inua was Noma's sister restaurant.

"It's a 100% concentration on local ingredients and applying new techniques to them while respecting the traditions behind them. We don't interfere with traditional recipes. Though if we come up with something new, we develop it and turn it into a dish for Samuay & Sons," says Num.

The research at Mah Noi Food Lab, which translates as "little dog", however, has led to evolution, as its menu draws inspiration from global techniques. "The way we highlight those ingredients are as subjects to create dishes that may be something Mexican or Japanese. Just kind of all over the place," adds Hetland. 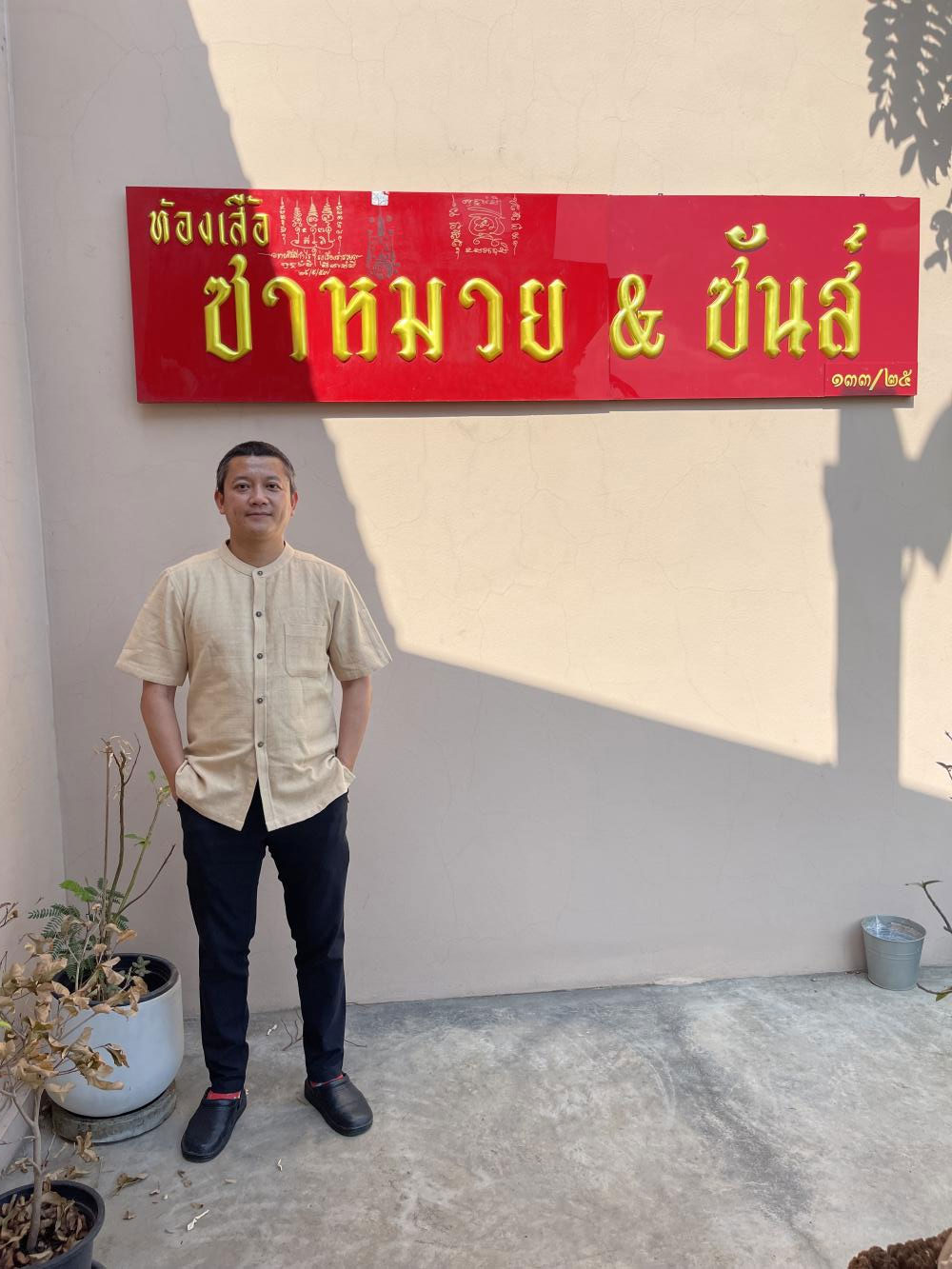 "Thai cuisine is more like a potluck of good things. Isan cuisine has a lot of things in common with Japanese in the sense that we enjoy seasonal ingredients and the food doesn't have a lot of complicated or complexity in flavours. Both cuisines allow the main ingredient to shine. At Mah Noi, we research local ingredients and conduct experiments on them, in terms of flavour, to turn exotic Isan ingredients into something more approachable. Then maybe, more people will understand it," says Num.

Since day one at Samuay & Sons, the focus has been on doing things based on local wisdom. But Num says that this generation needs to upgrade that wisdom and make it better.

"The Mah Noi Food Lab answers my vision, which is to take local ingredients and turn them into something new."

Though Mah Noi is under the Samuay & Sons umbrella, it doesn't necessarily follow the same direction. 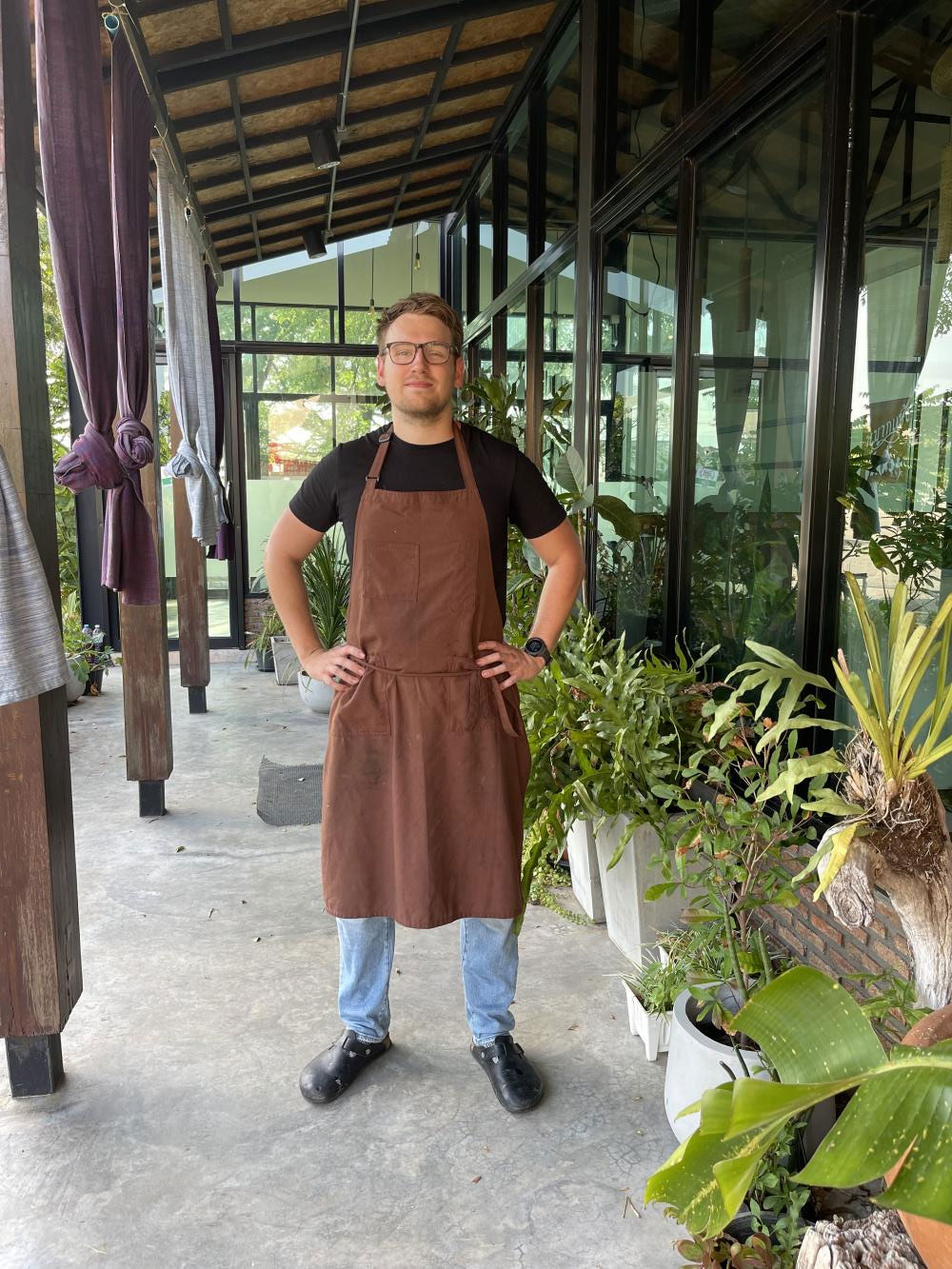 "It can be different but is still related. Mah Noi has a couple of different focuses," explains Hetland. In the first six months, which was their incubation period, the food lab explored the region and created new flavours with what they found. "That was just using the flavours as individual blocks to create dishes for Samuay & Sons. But now, we've expanded a little bit more. One of our focuses is to create products that we can potentially sell en masse or as a small craft thing. We also consult for tasting menus or other projects, private catering and events like exhibitions and food conferences where we showcase our methodology," explains Hetland. In the future, Mah Noi Food Lab plans to take things global.

All this comes out of the Samuay & Sons kitchen, which is a shared space. Much of Mah Noi Food Lab can be seen and tasted in the dishes at Samuay & Sons, which has a tasting menu and an Isan comfort food à la carte menu. The à la carte menu is simple enough that people can try it without qualms.

"In the tasting menu, we like to offer an experience. This changes around four times a year and is very season-driven. Every once in a while, a dish may change depending on ingredients that are in season for a short while," adds Hetland. 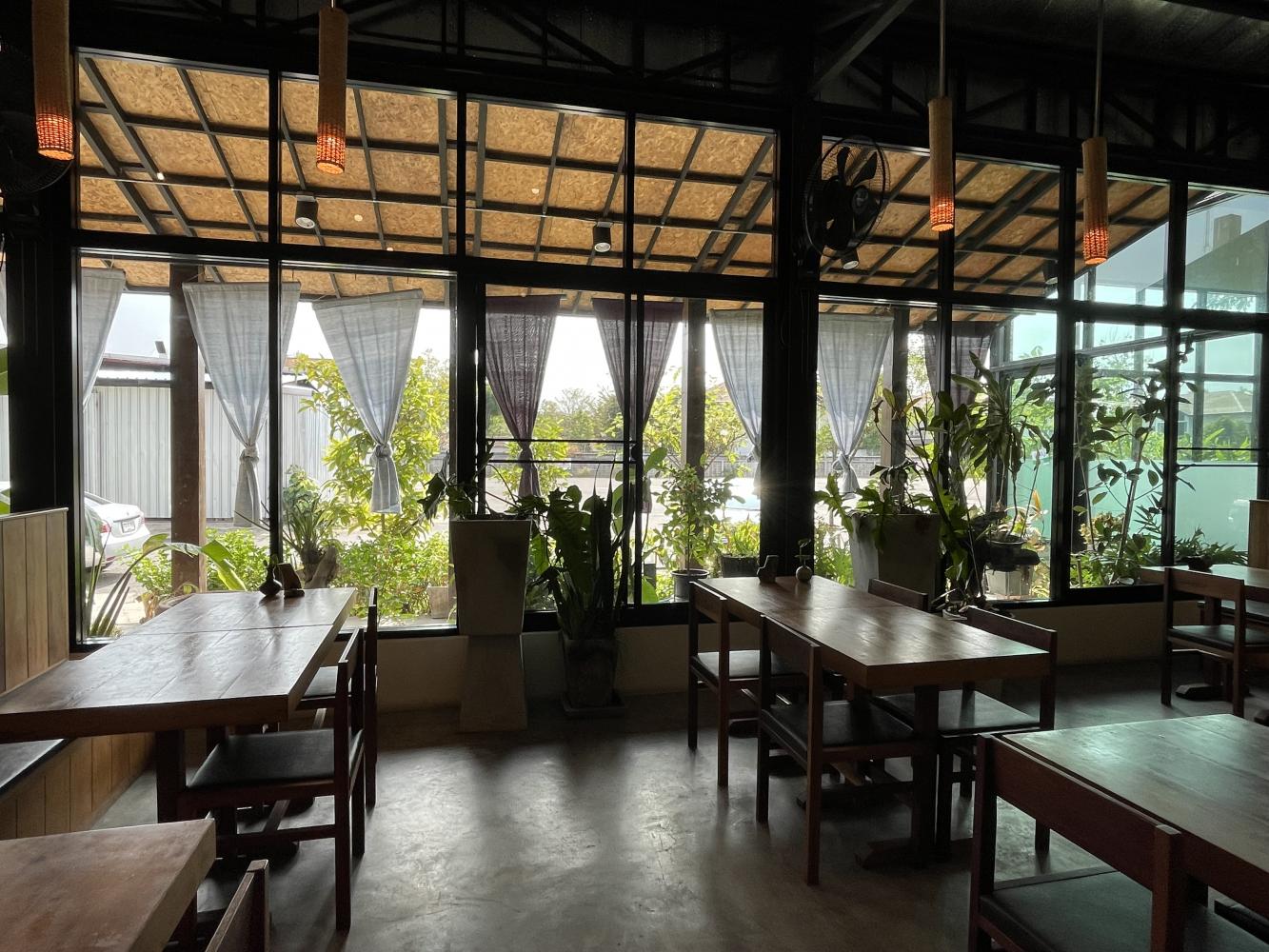 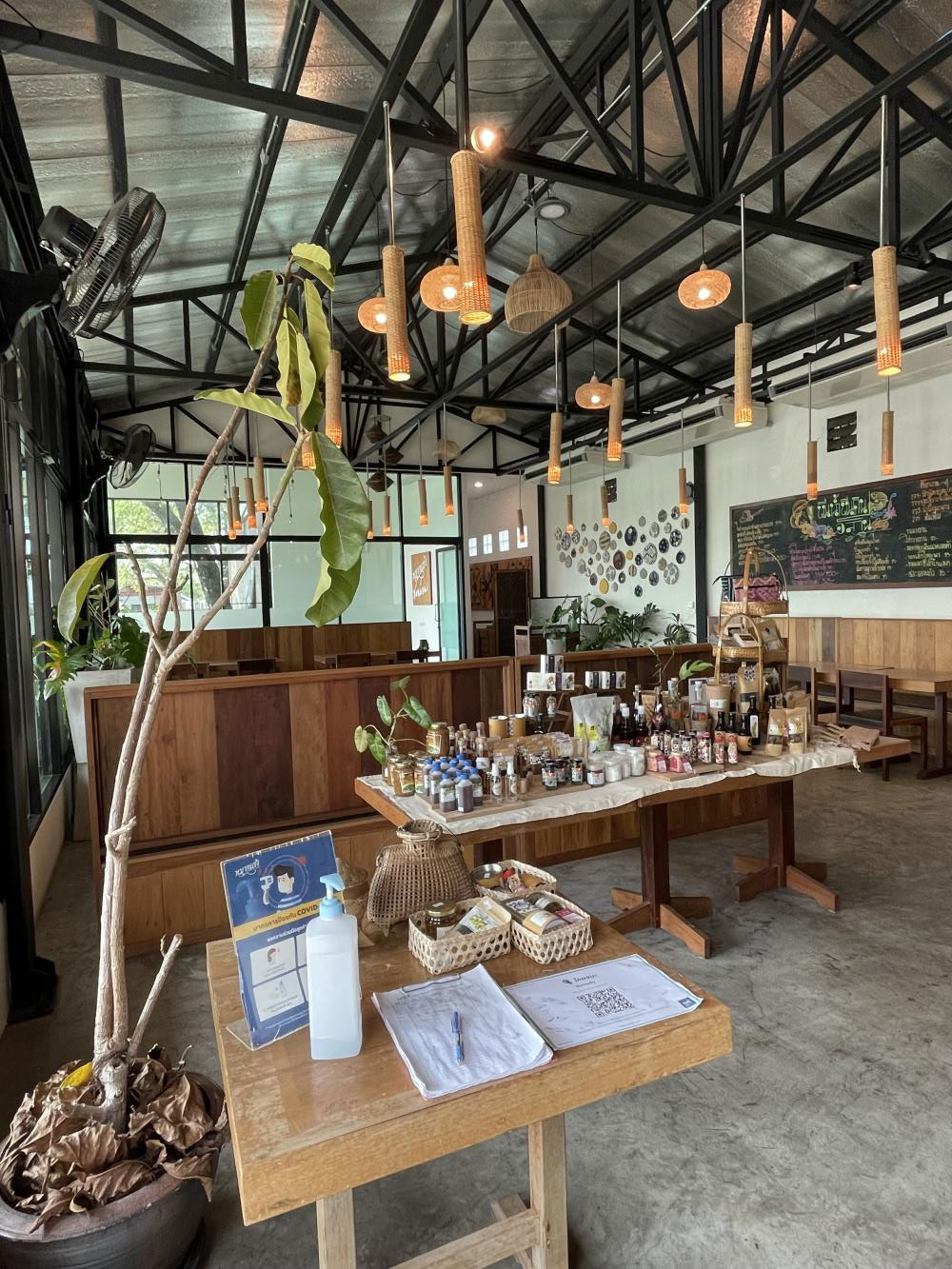 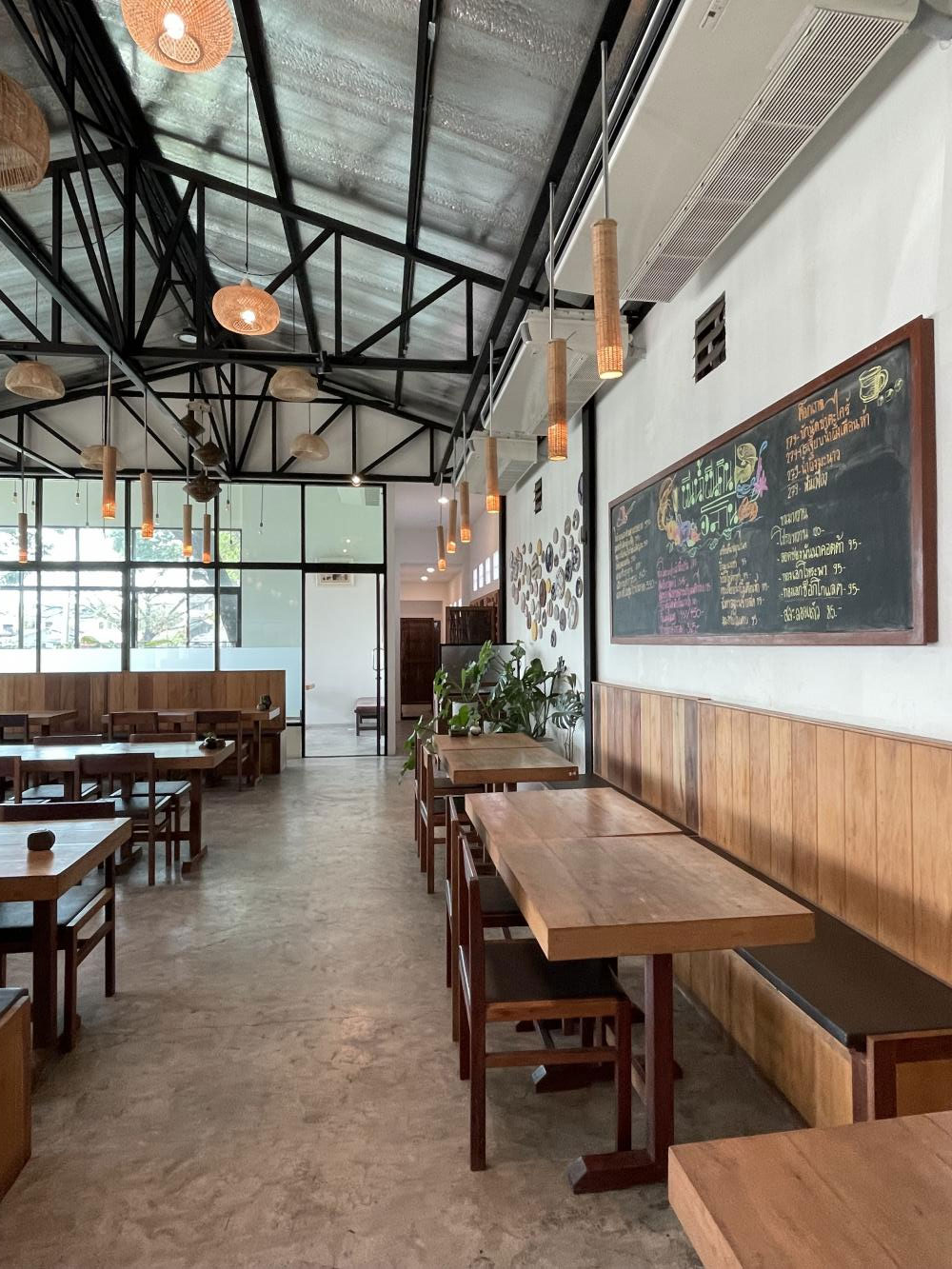 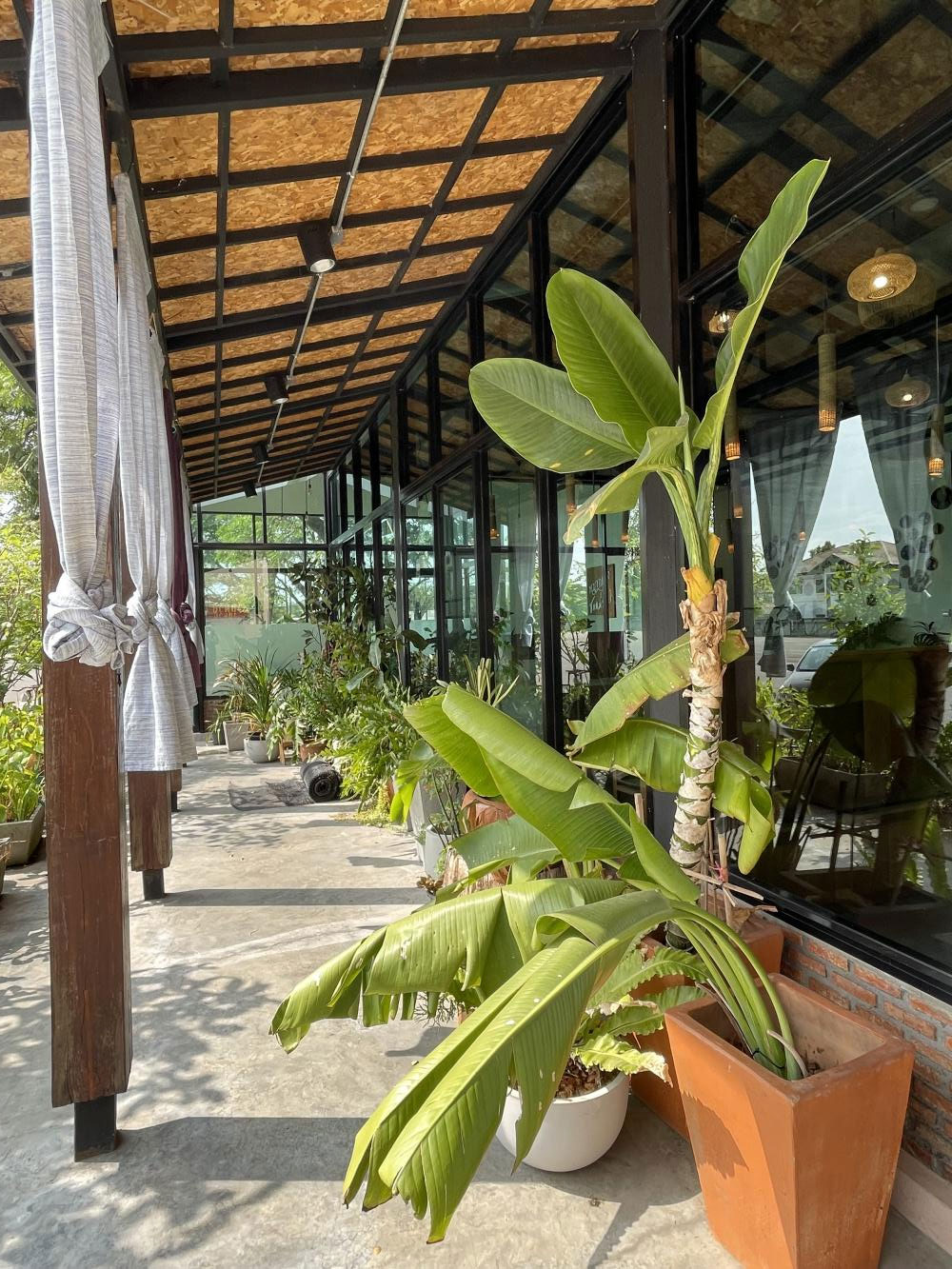 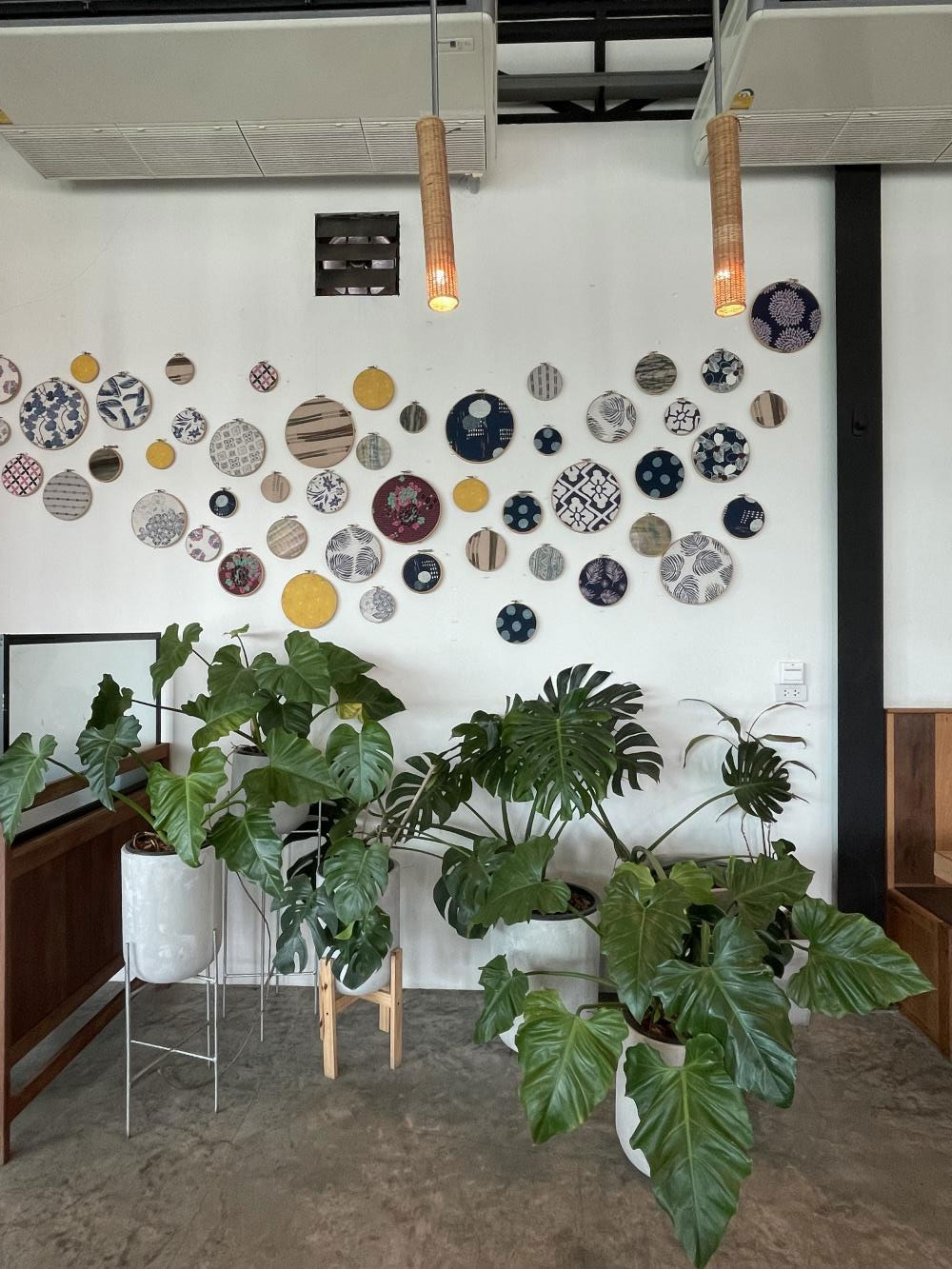 "There's still a lot of experimental things that are on both menus. For example, when we develop the tasting menu using seasonal dishes, which are good enough to be served, it means we have achieved a certain technique. This is when we apply that technique to the à la carte menu, too. And then by using the flavours from the tasting menu, it moves on to other dishes on the à la carte menu," says Num of the progression.

Initially, Mah Noi Food Lab concentrated on Isan produce but it has expanded outside the region. "We've tried to source unique and rare ingredients. We spoke to locals who use those ingredients. Once it enters the lab, we look at it from more of a scientific perspective, like what's the molecular make-up? What's the protein percentage? What's the sugar percentage? That helps us take a direction and leads us to what we do with it, whether it is distilled to vinegar or lacto-fermented by changing it with enzymes to create an umami-rich sauce. Maybe one ingredient will take five different identities. If we are lucky, one of those will be good enough to be refined into something that's like more of a finished product. That one product will become like a component of a tasting menu dish or maybe a product that we sell," explains Hetland. 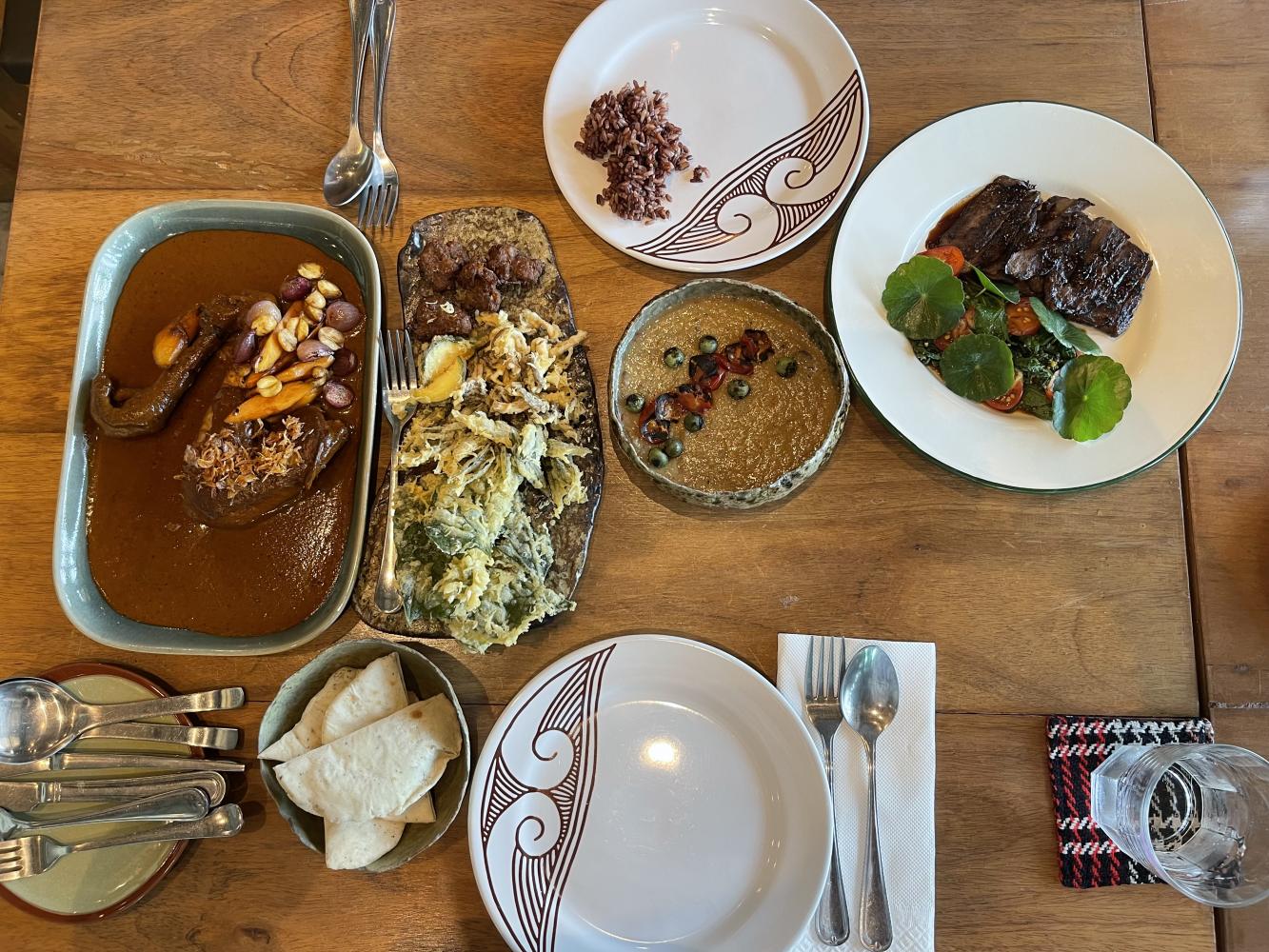 The one ingredient that surprised the chefs the most during their R&D has been the local varieties of rice. "The amount of things we can do with rice: we can grow edible moulds on it; we can lacto-ferment it; we can turn it into a sweet rice beverage; we can reduce it to a glaze… It's so versatile. For me, that's the one ingredient that really stands out," says Hetland.

"Since I am familiar with Thai ingredients, what amazes me the most is the technique that is used for each ingredient. Once we pick up something, we expect that the end result is going to be good. But at Mah Noi, we aim for less and try not to have too many high expectations. Once we create a new flavour and people taste it and like it, we then use the technique and turn it into something that never existed before in Thai cuisine. That's the real challenge," says Num.

"We hope to share this love with the public, to train or teach people, especially within the community because one day we hope that what we create in the food lab continues to be practised elsewhere. We aim to make it easy for people and to pass it on so they can do it in their homes and it becomes part of the local wisdom. That's my personal vision and what I am ultimately aiming for," says Num.

Though Num doesn't spend all his time in the kitchen experimenting. He is still very much "the forager chef", a term I coined for him because of his love for foraging. Num is often seen on social media leading visiting chefs and food enthusiasts into the forests of Isan to hunt for ant eggs and moles. And perhaps, this love of foraging is the reason why moving Samuay & Sons or Mah Noi Food Lab to Bangkok isn't even a thought.

"While I still do collaborations in Bangkok and share the knowledge and experience, I'm happy being based in Udon Thani," beams Num.