Crack a joke or two on May 1

With only a mic and spotlight, stand-up comedians can turn any daily grind into laughable material. With World Laughter Day (May 1) around the corner, Guru speaks to Thai stand-up comedians and an improv comedian/coach about their background and life on stage. We also asked them to crack us a one-liner with the theme "Only In Thailand." Get ready to 555! 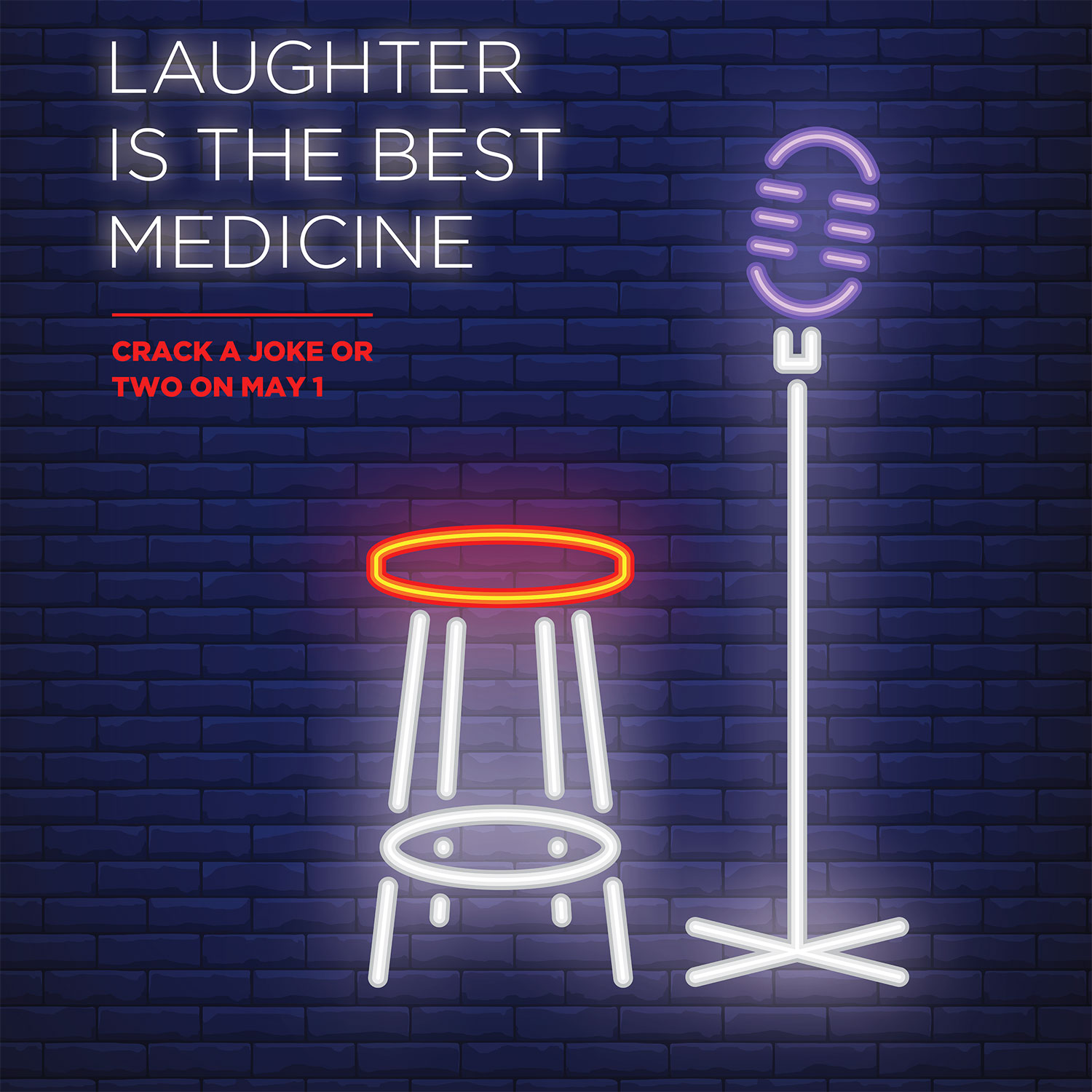 Joke journey: When I started in 2016, Thai stand-up comedy was seen as a tough nut to crack. Working as an event emcee, I've always wanted to master the art of storytelling, learning new and exciting ways to communicate with my audience. It seems that luck was on my side. Once I was invited to do stand-up comedy for the first time. It was a fulfilling experience for me. It made me realise that I can be a stand-up comedian and I'm good at it. My style is to crack jokes about the story of my life. I don't set a specific boundary on the topics, but I consider the context in terms of the event and the audience instead. I've experienced dead air, a lot, actually. Mark my words, don't worry too much about it and try to see it as your feedback and homework to work on your next show. 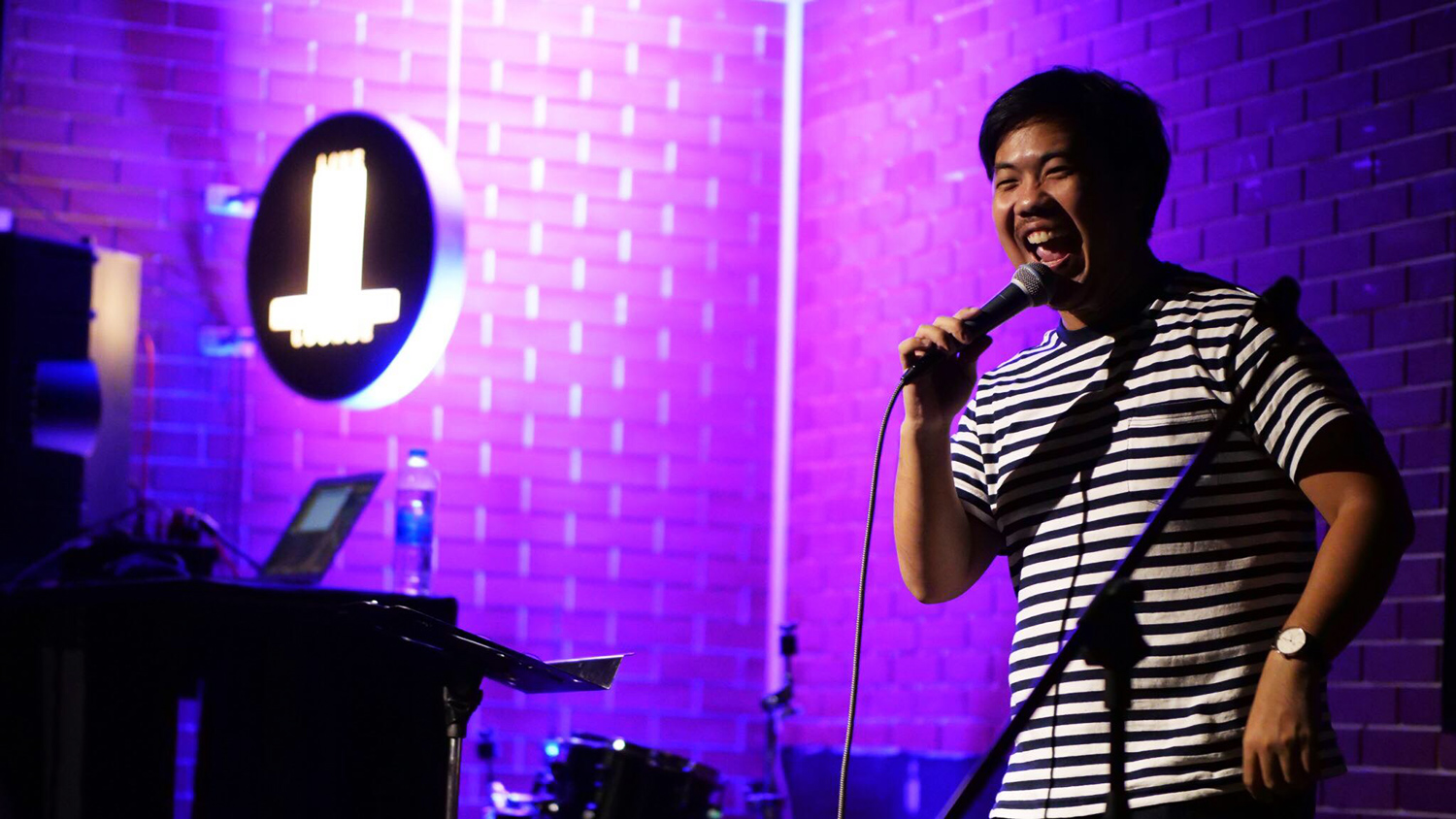 To me, stand-up comedy has its own vibe. A stage is a playground for comedians to play with words, showcasing their unique storytelling format and style. I've had countless memorable moments on stage that I wanted to share. But, for this time, can I bring up my moment backstage instead? At my previous stand-up show, "A Katanyu & Friends", one of my script-writers wrote a funny joke. His name is Flat and he has never done stand-up before. So, instead of cracking it myself, I gave him a shot and he nailed it! For me, he reminded me of my first time doing stand-up comedy and I was grateful to encourage someone. After years of being on stand-up comedy stages, I decided to take Thai stand-up comedy to the next level. So, I co-founded Standaloneco, the first official Thai stand-up comedy community, with my fellow jokers. We offer a space for comedians and laughter for fans.

One-liner: "Have you noticed how Thais greet each other less? It's because we don't know how else to greet besides comment on physical appearance. You just don't want to get slapped or cancelled."

Joke journey: I fell in love with improvised comedy, or improv, since the very first show I watched while in high school. I wanted to join my high school's improv troupe so badly, but I never gave it a shot. I lacked the confidence to be on stage. When improv came to Thailand, I knew I couldn't pass up the opportunity again. Improv allows me to play different characters, put on different hats and get into the mindsets and thoughts of different people. To me, it's my way of thinking outside the box and the laughter from the audience is always encouraging. On an improvisation stage, everything is done on the spot. No script or materials are needed to prepare for the show. We go with the flow, which is the best part. The jokes really come from how absurd yet relatable the conversations are between each character on stage when we are bantering back and forth. 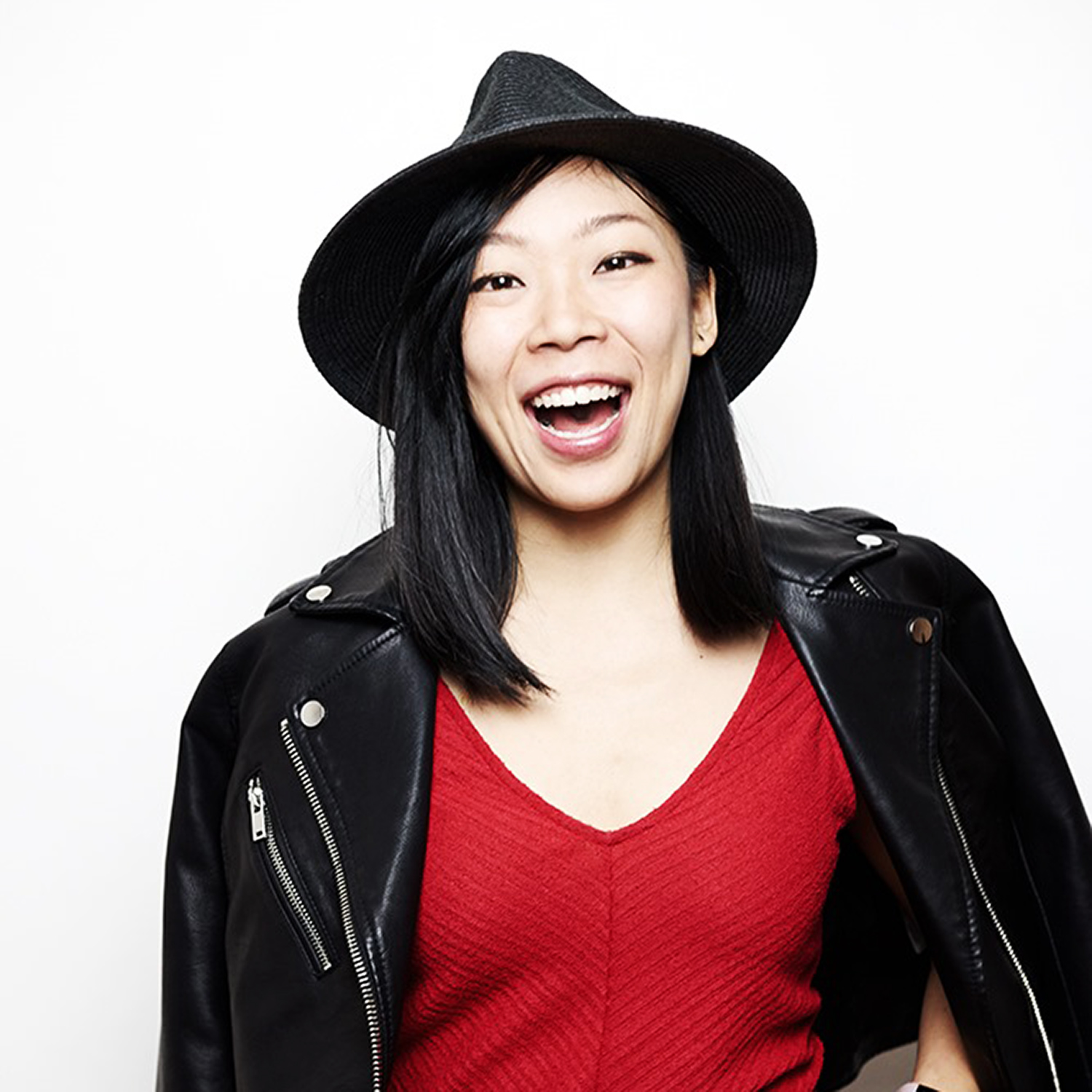 My advice for those starting out is to try anything new in life. You only live once, so just give it a go. Don't overthink what gonna happen on stage. And don't have too high expectations either. In short, have an open mind and enjoy. There is nothing to lose and only fun improv games to gain! In improv shows, there is hardly any heckling, which is unlike in stand-up comedy. But if any mishaps happened during the show, we would typically soldier on and continue.

One-liner: "I applied for Miss Thailand once, but the organisers said I was too Thai-ny."

Joke journey: I never imagined being a stand-up comedian. I wasn't sure I had enough guts to talk or joke in front of a crowd, although I have some experience with public speaking as I worked as a tour guide. My friend showed me a Young Man Stand Up Show poster while pestering me to enrol in the contest. It's a stand-up comedy contest by Standaloneco for aspiring comedians. Fortunately, I was selected as one of the 15 finalists from more than 100 to perform live in front of stand-up comedy legends, judges and audiences. I was shocked. After I was selected, it was like one of my feet had already stepped onto this path, so I decided to go all-in for stand-up comedy and the contest. In the end, I didn't bring down the house, yet I found out that I'm passionate about stand-up comedy. 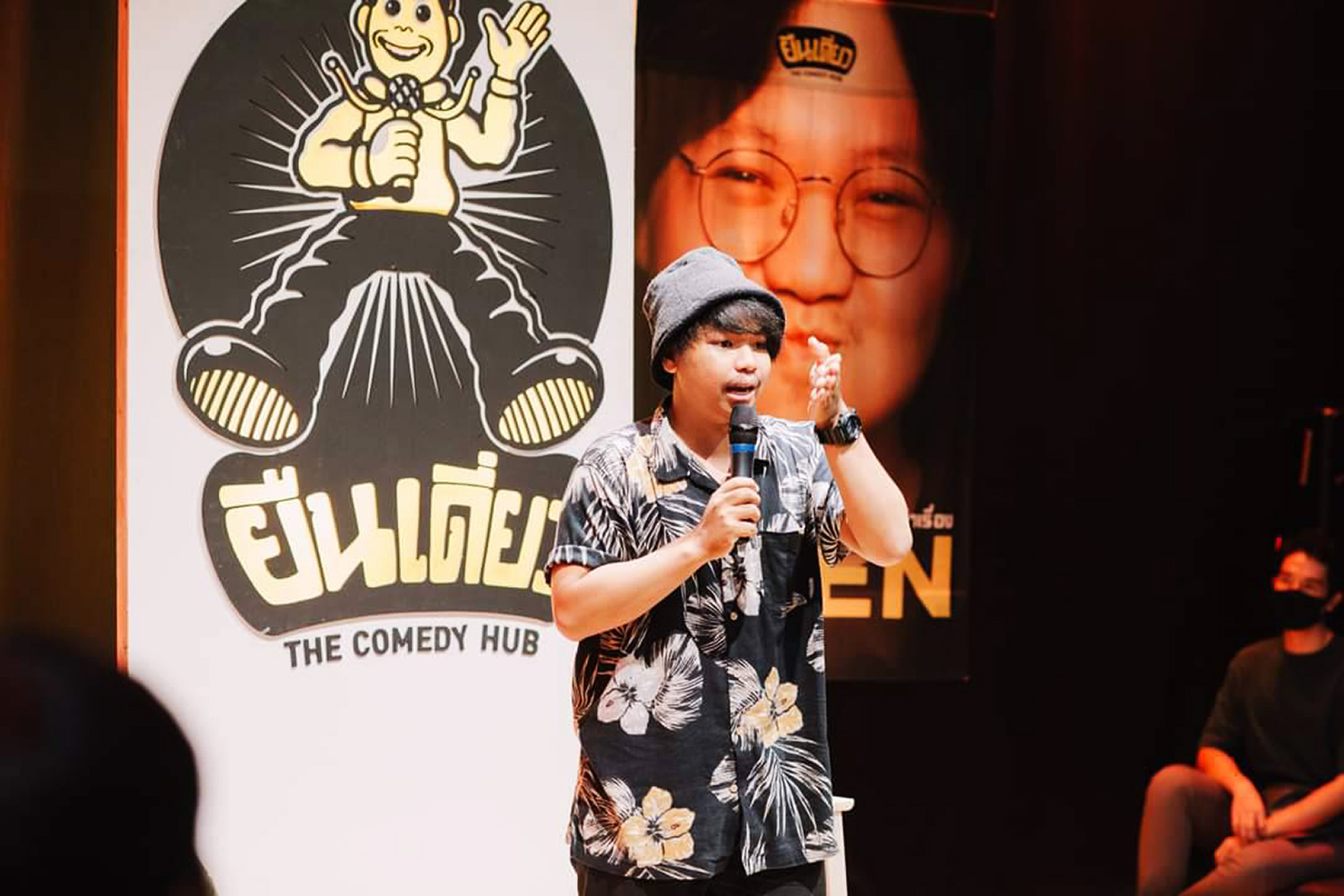 What makes a stand-up show so exceptional is that comedians can turn any daily life story, even the most unpleasant, into a humorous anecdote, providing a fun and creative way to perceive your surroundings and look back on your memories with fondness. My golden rule on stage is that I won't joke about naughty stuff or people's appearances, especially women. Since I was bullied before, I understand how it feels to be made fun of in front of a crowd. It's not funny at all. I will focus on the stories I've experienced because joking about something I don't know inside out may cause a misunderstanding, and I can't bring out the whole of it. The moment I won't forget since I'm doing stand-up comedy is when I got a heart-warming message from a fan saying that my show helped them deal with grief during the death of a relative.

One-liner: "A Thai barrack feels like a different world. Things that are normal in there are so strange in the world. You sternly salute each other instead of wai. You walk or eat your meal with your back straight up. You have to walk in sync with fellow conscripts. I woke up at 4.30am and went to bed at 9pm. I probably was more of an early bird than most Buddhist monks!"

Places to go for a laugh. 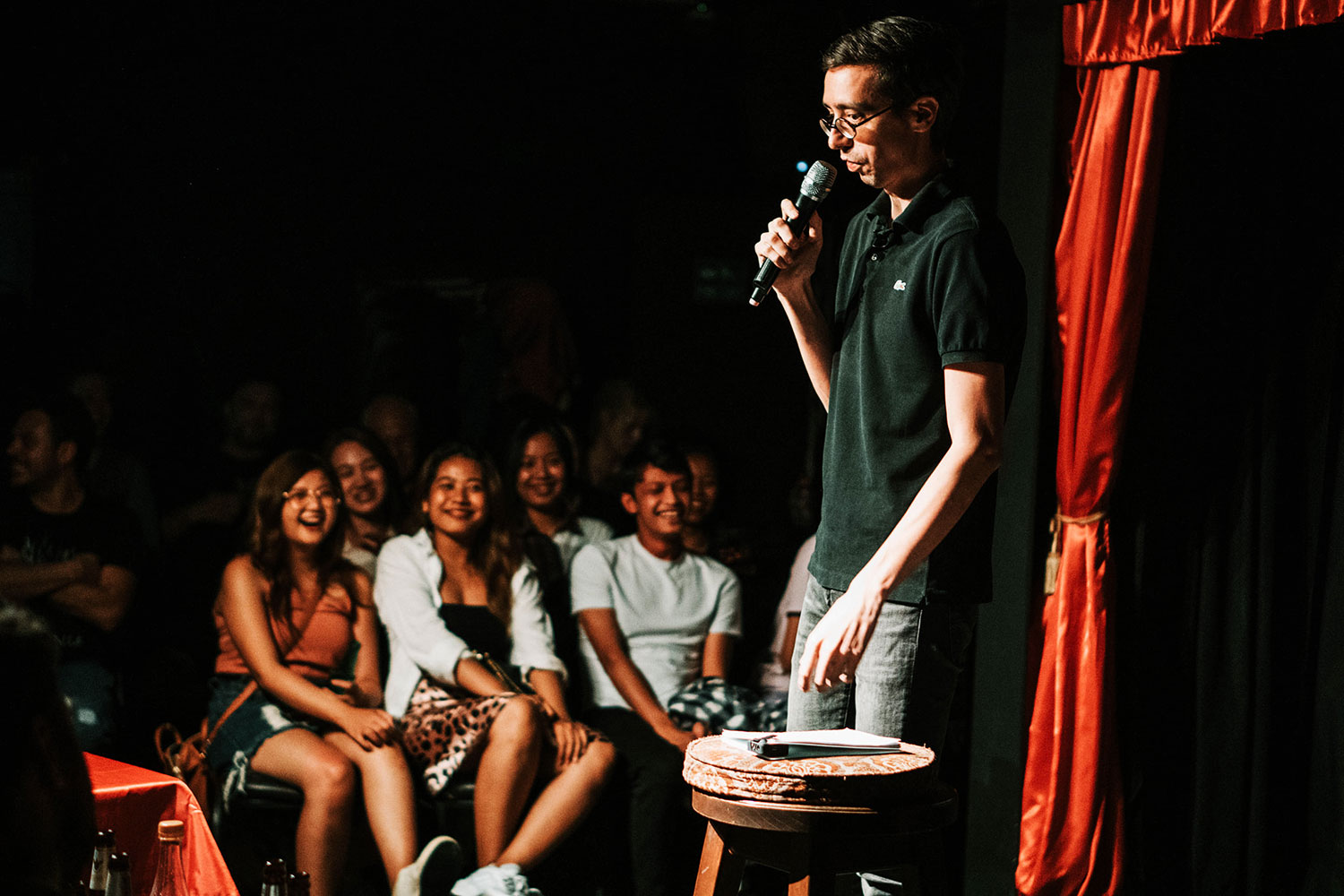 - Comedy Club Bangkok (http://comedyclubbangkok.com), the comedy club at The Royal Oak pub in Sukhumvit 33/1, is known as the most established comedy club in the city. The clubhouse is famous for its English stand-up comedy and improv gigs, brimming with laughter since 2014. Expect rotating guests and international headliner showcases. The club also welcomes newcomers and aspiring stand-up comedians to join the open mic night. 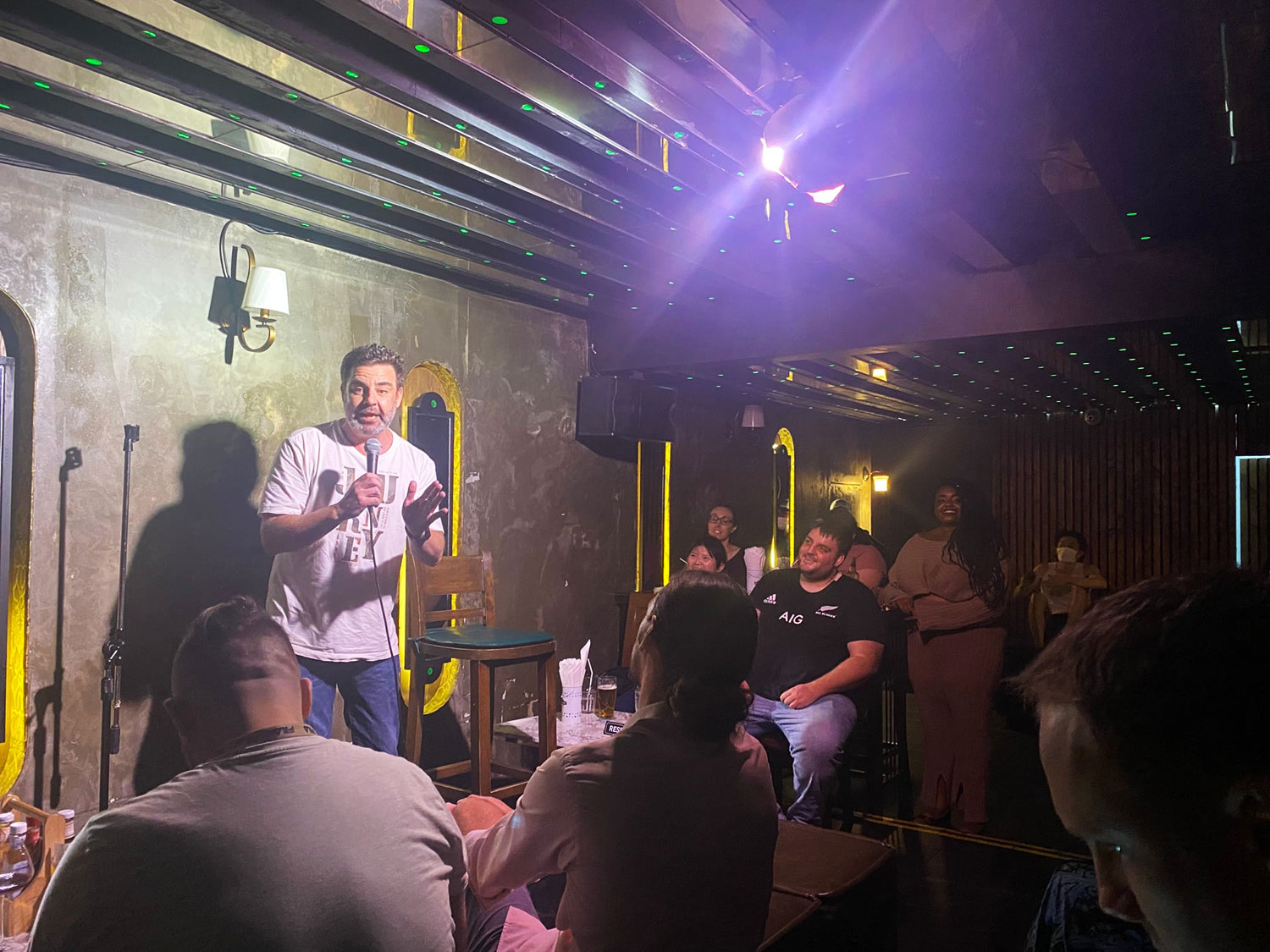 - Nestled right above P.J. O'Brien's near BTS Phra Khanong, the Bangkok Comedy (fb.com/BKKComedy) is the latest comedy club in Bangkok. With only professional stand-up comedians as performers, the club is a must-see for fans of the art form. Tickets for the gigs normally cost B300 per person and include a complimentary drink from the Irish pub. 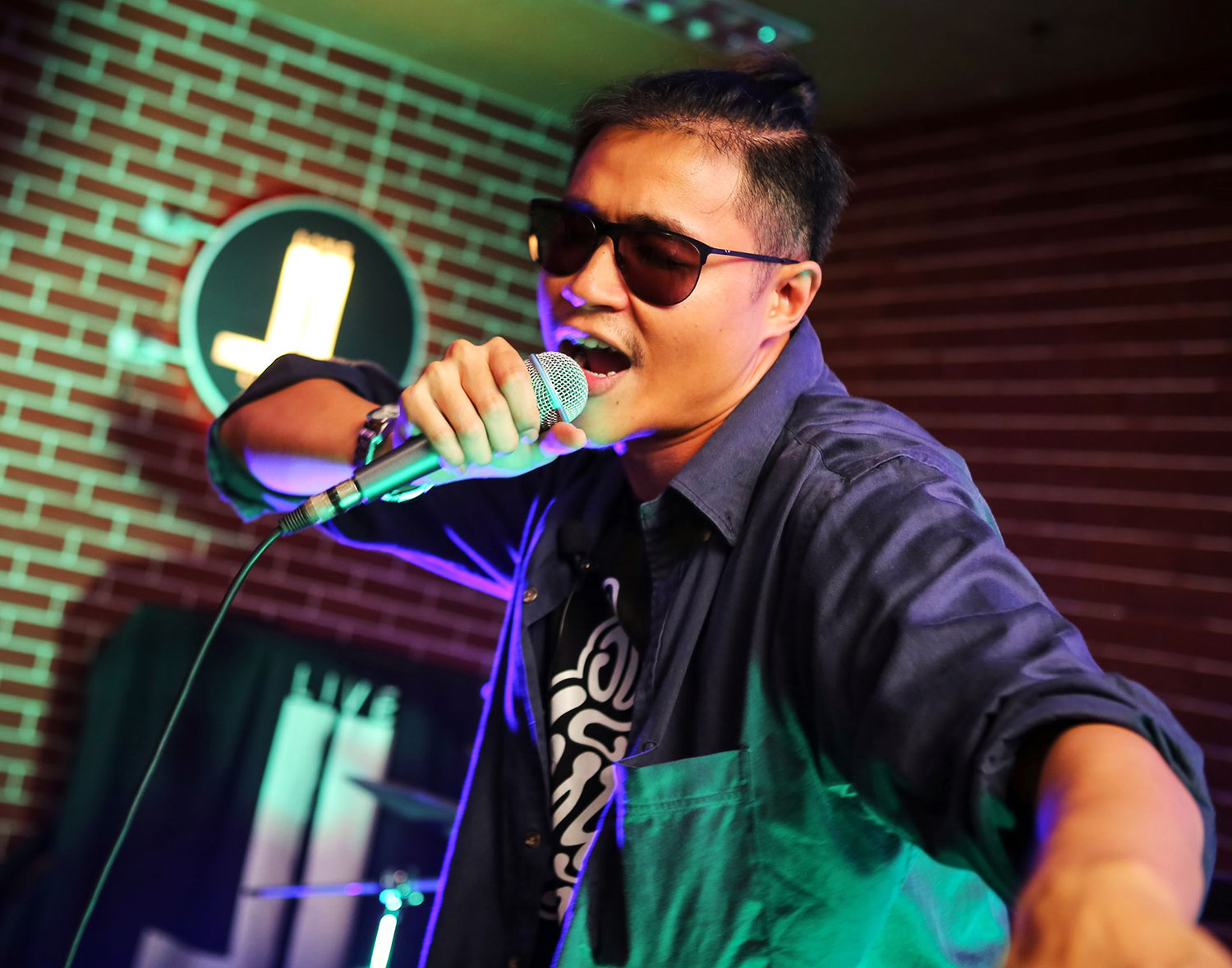 - Live Lounge Bangkok (http://liveloungebkk.com), a showcase venue for art and live performances on the second floor of Sportsman's Bar on Sukhumvit 13, hosts an open mic every Wednesday. Organised by Raw Comedy Asia, "Open Mic Wednesday" is where you can either enjoy being among the crowd or a star on stage, for B200 per person. They also host other types of open mic like poetry and music, set up by Bangkok Lyrical Lunacy. 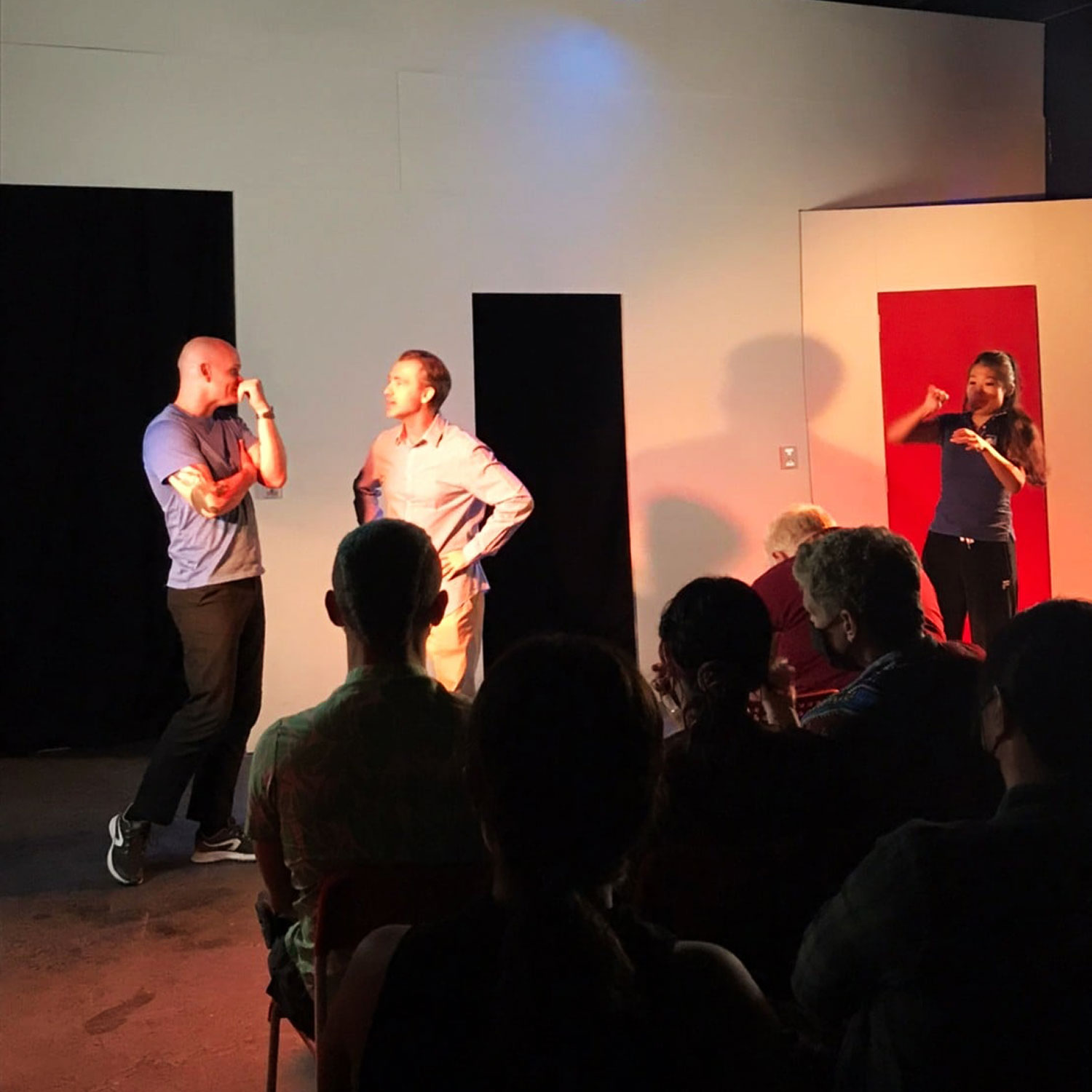 - A night out at Long Time No Laugh (http://bit.ly/3Ldt0jj) is always anticipated, especially when improv comedians turn into different people when they raise the curtains. They are best known for their improvisation theatre, as well as stand-up and sketch comedies in English, French or Thai. Ekkolo Theatre on Soi Saphan Koo is their go-to stage to host the gigs. Newcomers can check their official page for a monthly improv workshop.

Laughter at your fingertips

Tickling your ears with these Thai comedy podcasts. 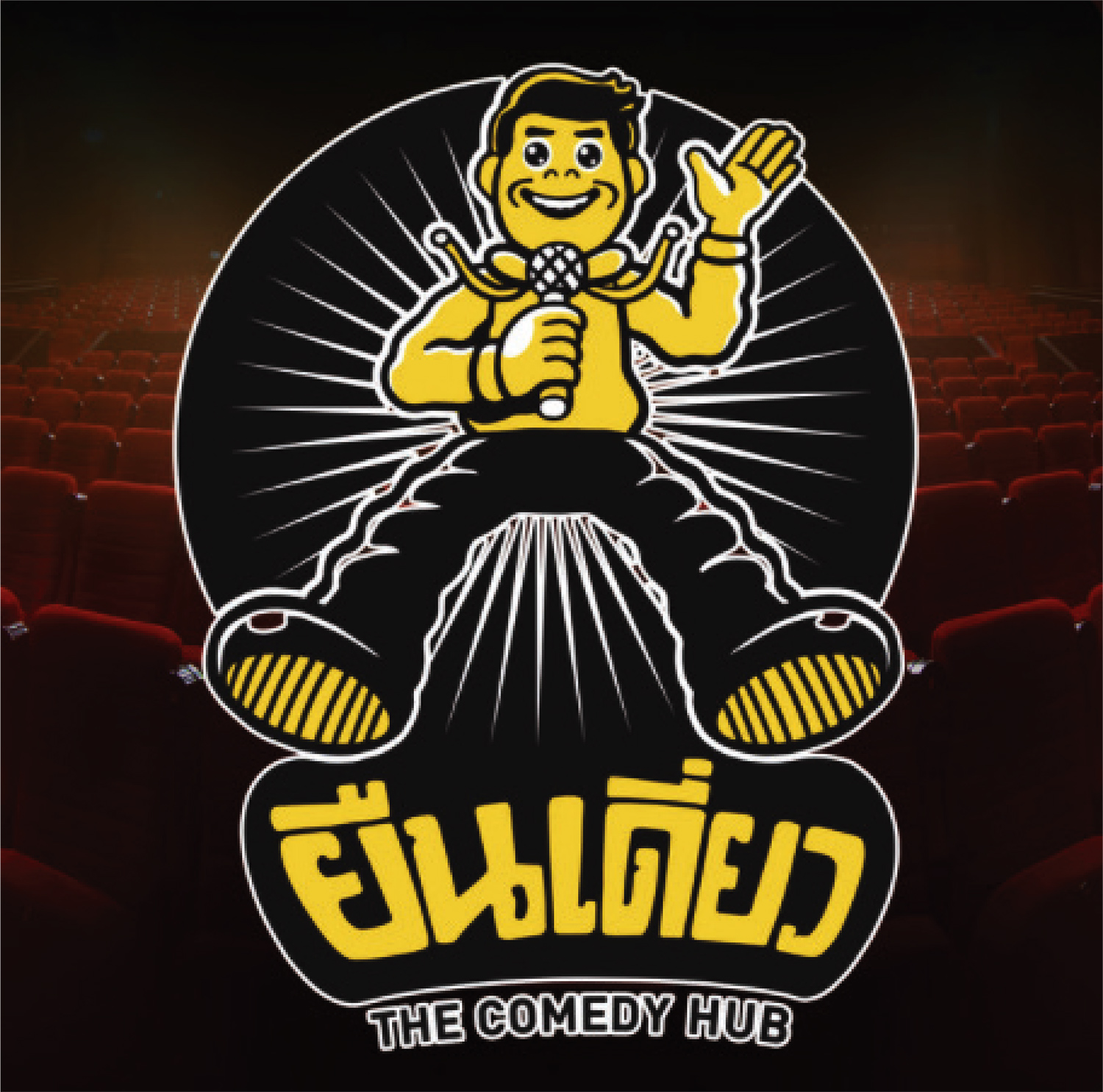 - Fans of Thai stand-up comedy can catch all the shows under the umbrella of Standaloneco (http://spoti.fi/36wWYQ2) on Spotify. It's an official channel of the Thai stand-up comedy community. Recently, the podcast channel has added highlights of each up-and-coming comedian, who cracked jokes on the "Young Man Stand-up Show", which is a contest stage for new blood. They also stream full shows from big names, such as Je'Ling, Linen and Isora Hata, as well as big stand-up comedy events. 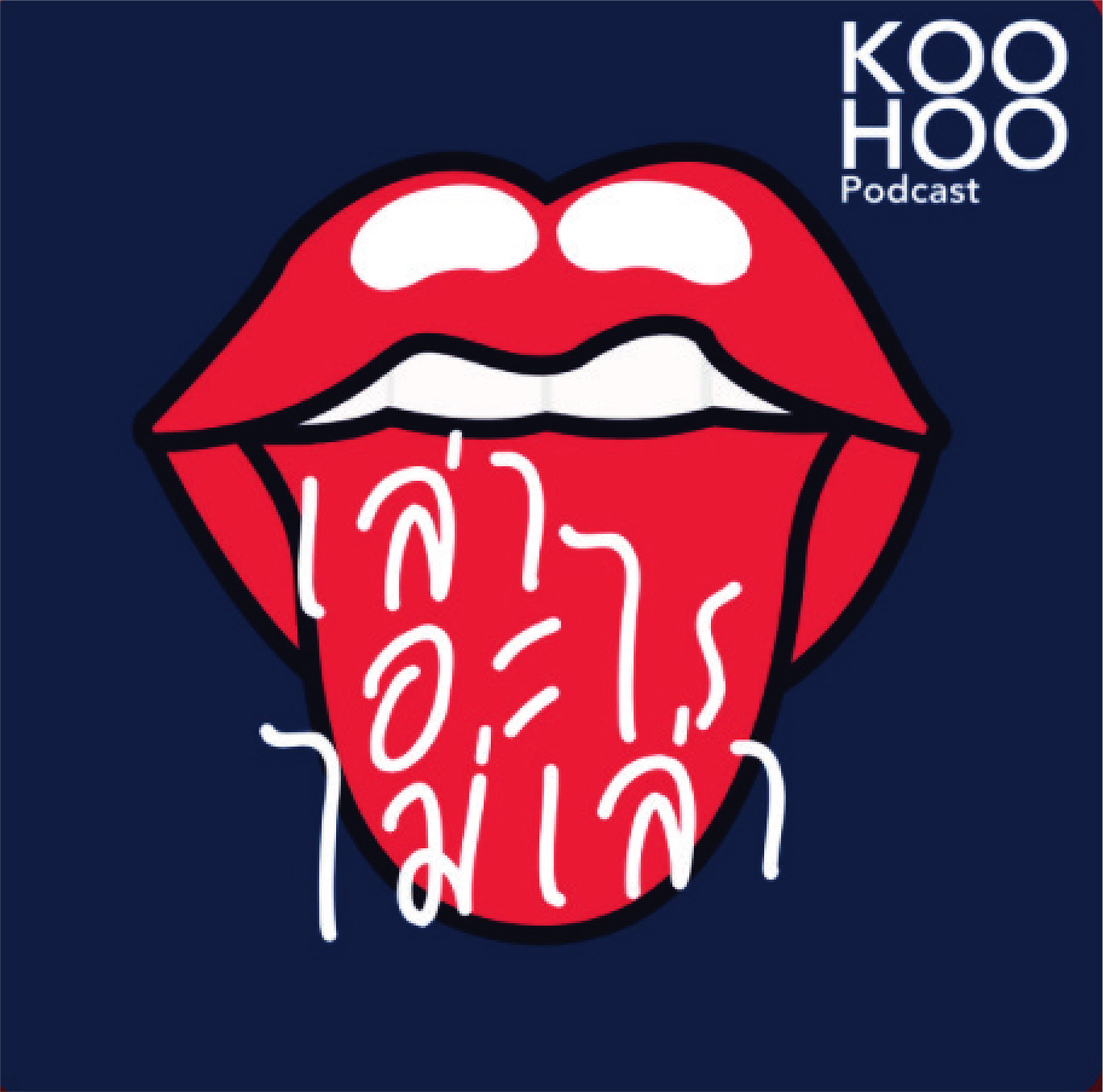 - Pongsatorn "Bebenz" Thitisarun, better known by his stage name "Bebenz Stand Up", has shown that daily life events aren't always dull. Every little detail in his life, like his malfunctioning GPS and his dating game on Tinder, have been converted into humorous anecdotes and told on the LOL (Lao Arai Mai Lao) series on his KooHoo podcast (http://spoti.fi/38UDJ3J). 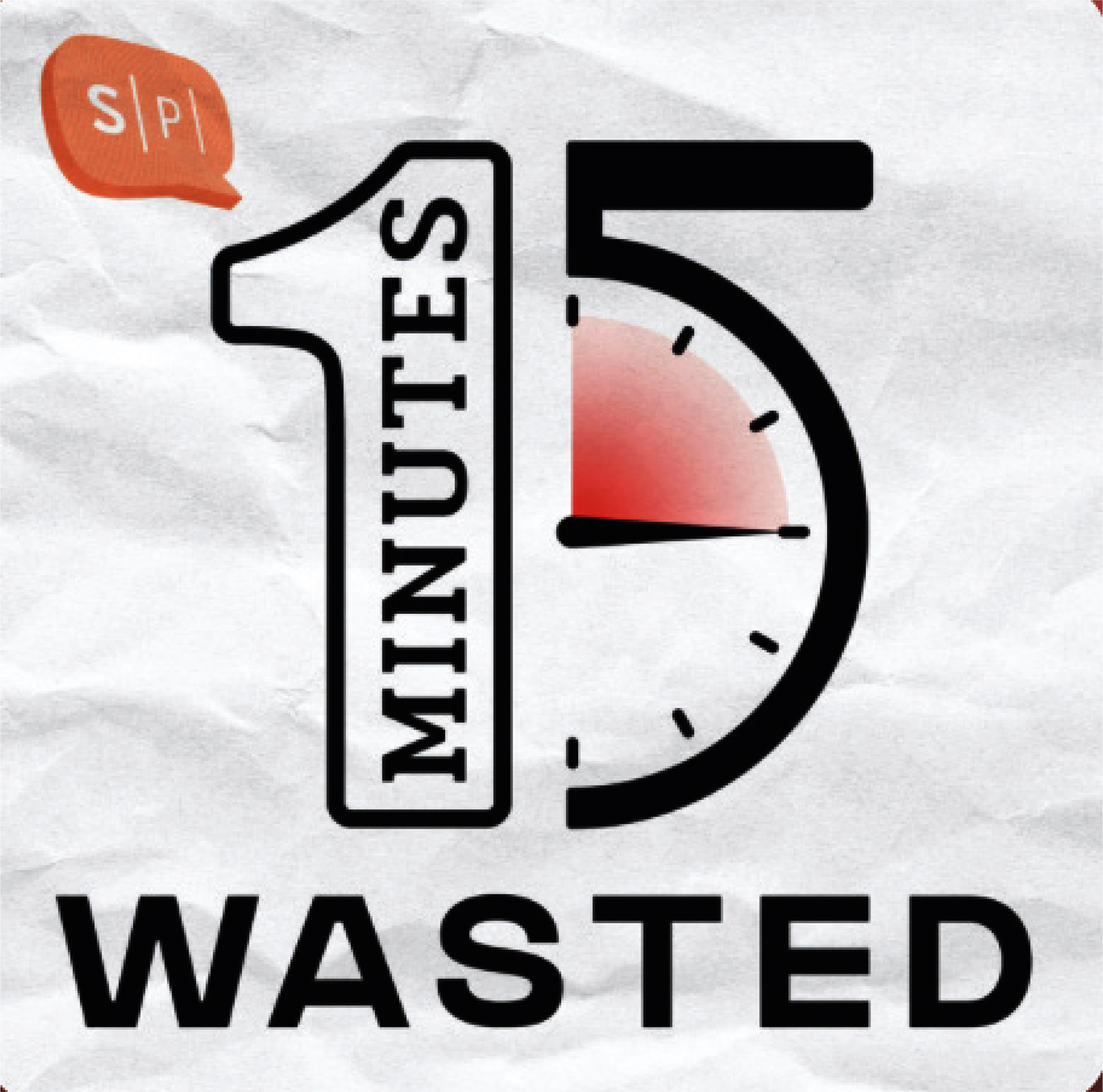 - Although the name suggests it'll waste your time, it makes your stomach hurt with laughter. Sila "Gap" Simmee, host of the 15 Minutes Wasted series on Salmon podcast (http://spoti.fi/3K424RI), talks non-stop for 15 minutes about the theme of each episode while cracking jokes with his rotating guests. They may make you go "huh!" during their conversations, as their storytelling style is to finish each other's sentences. You may lose track of the main topic, but it's easy on the ears, which is like listening to your friends being at each other's throats, in a funny way, though.

Aspiring funny people should check out these workshops with comedy pros. 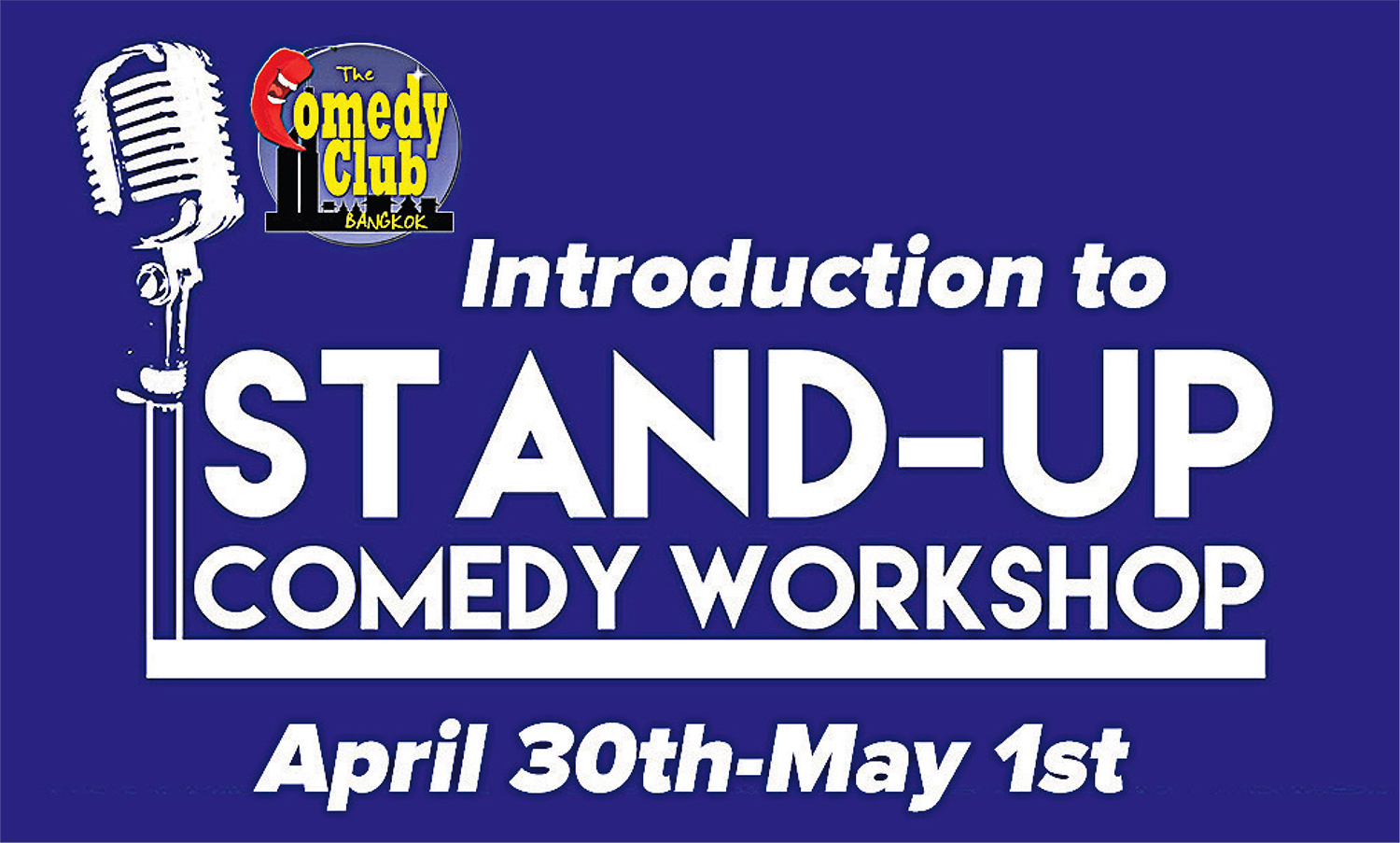 - If you think you're funny and thinking about giving yourself a shot at comedy, check out introduction workshop for serious aspiring comedians this weekend, priced at B2,500 per person. Within a two-day course, you will be introduced to stand-up comedy 101 by the creative director of The Comedy Club Bangkok, Chris Wegoda. The workshop is great for developing your self-confidence and public speaking skills while having fun with something different and meeting new people. Book a seat via http://eventpop.me/e/12788. 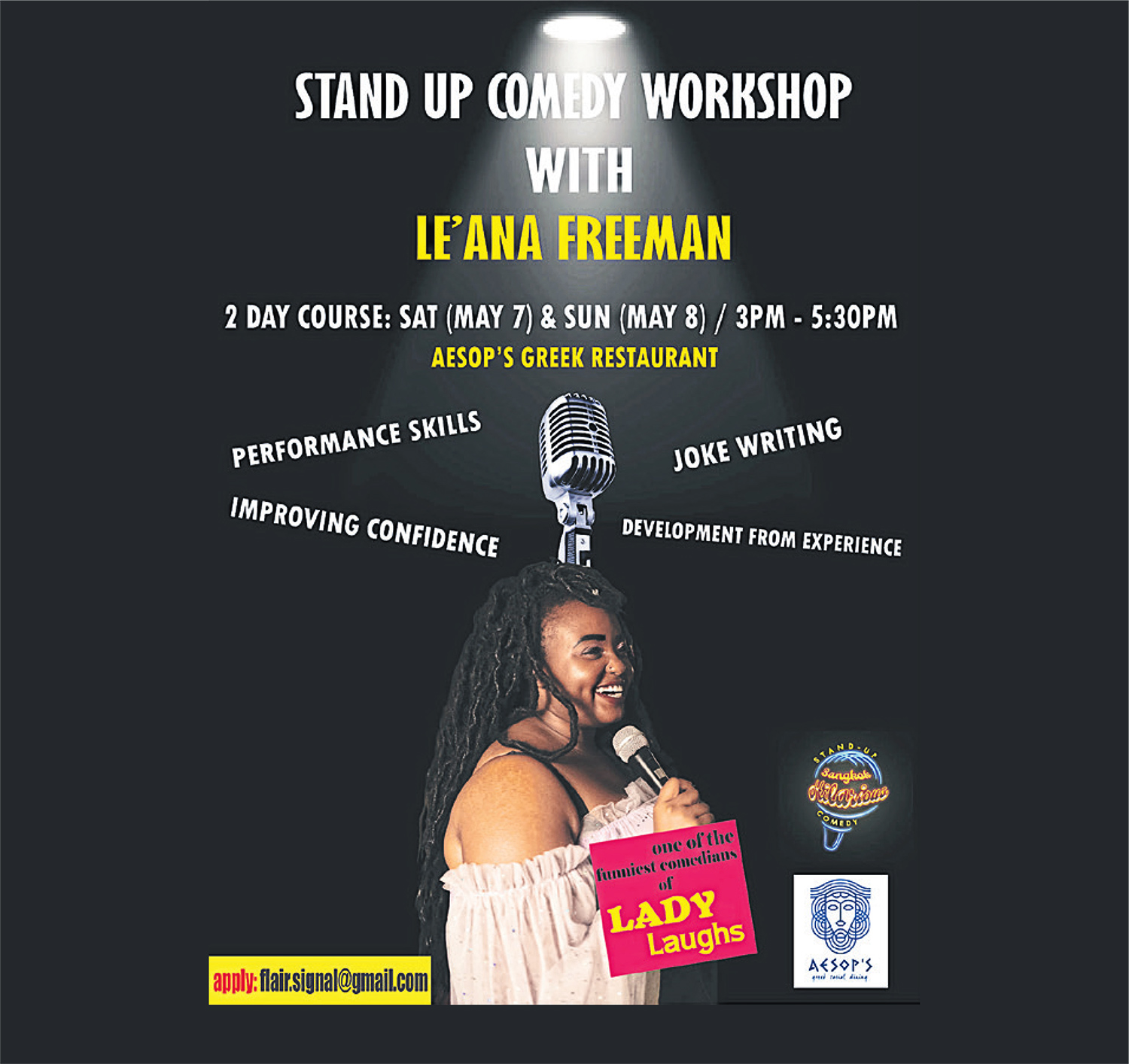 - Take your first step towards the comedy stage at a weekend stand-up comedy workshop on May 7 and 8 by Bangkok Hilarious Comedy Club. Le'Ana Freeman and Delfin Solomon will be in charge of a two-day class. They will guide you on the essentials of performing stand-up comedy, focusing on performance, joke writing, experience development and confidence building. B2,000 gets you a seat at the workshop, which will take place at Aesop's Greek Restaurant on Soi Saladeang 1/1. Contact flair.signal@gmail.com for bookings.

Special events that will have you all in fits.

- On May 7, join Long Time No Laugh and their Improv Comedy Night at Ekkolo Theatre on Soi Saphan Koo. The night with the team of improv experts is filled with quick-witted gags, games, sketches and songs. Tickets are priced at B300 for advance purchase and B500 at the door. Reservation at http://bit.ly/3k7c5mr. 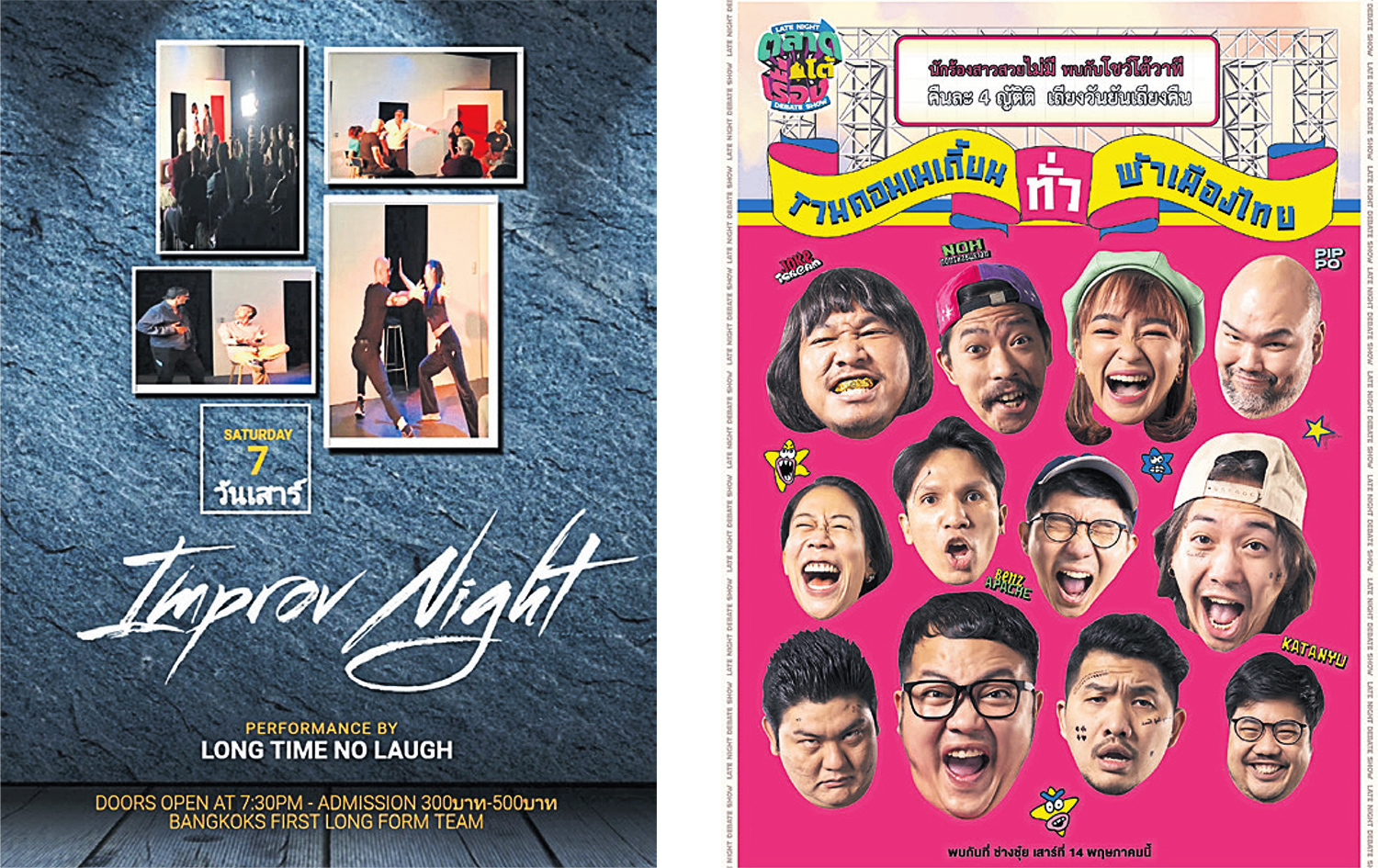 - On May 14, Standaloneco takes Thai stand-up comedy to a whole new level by hosting a comedy show in a debate format. Hosted by the famous Yutthana Boonaom, or "Pa-Ted", the "Late Night Debate Show" event features well-known Thai pros, who will battle it out for laughs with quick-witted gags inspired by argumentative topics about Thailand. Tickets cost B800 for general admission and B3,000 for VIP. The event will take place at the Gallery Studio of ChangChui on Sirindhorn Road. Ticket via http://bit.ly/3LfVf0P.