Where's The Food, you ask? At WTF, we say

Some things never change, they only get better with age and this is true of wonderful Thai friendships, and WTF (pun intended). 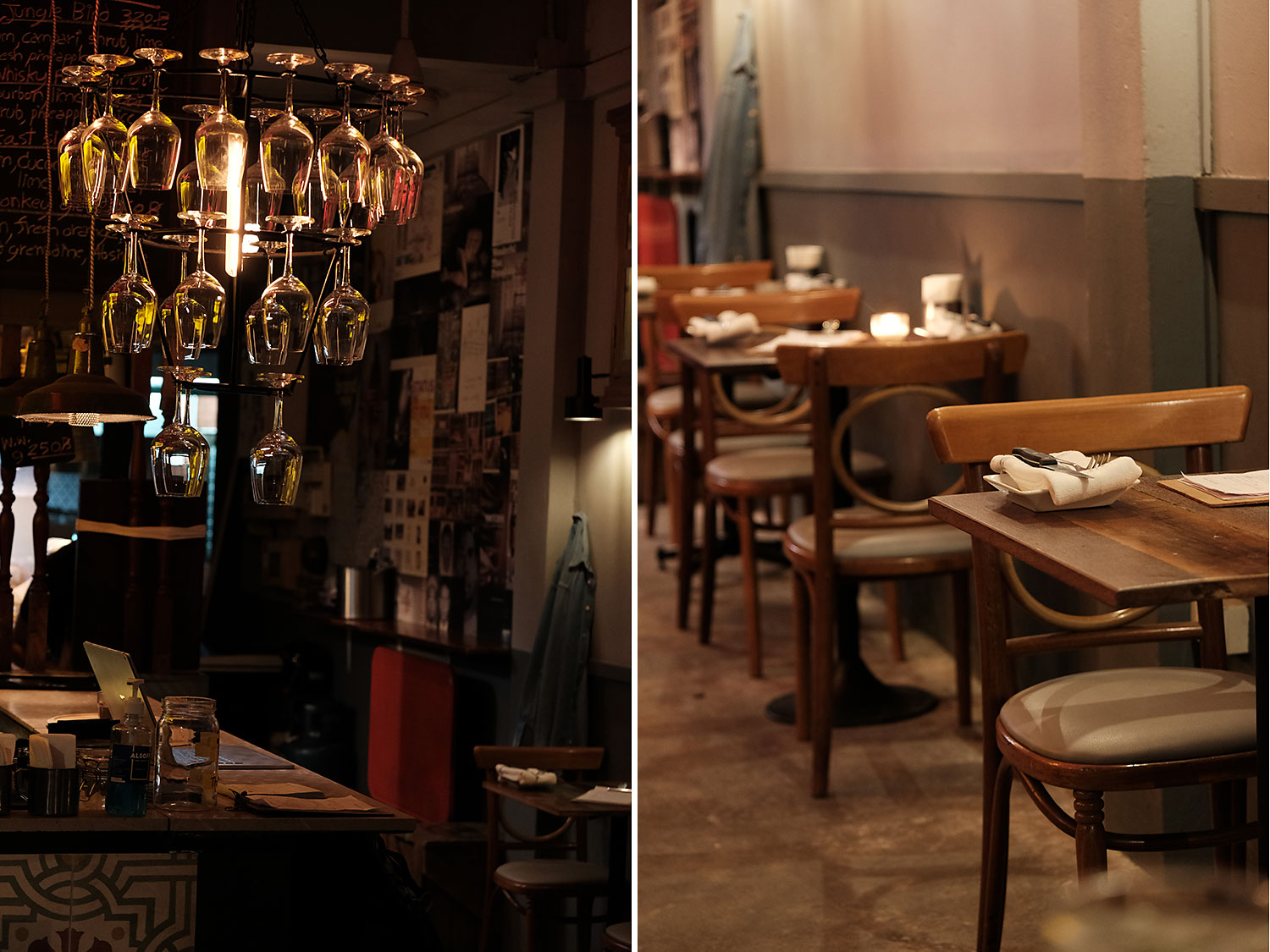 Full confession: I have been a fan of WTF since it first opened its doors 12 years ago. Part bar, part art gallery with a strong will to move against the currents, after nearly 12 years in the biz, WTF has transformed itself. Partly due to the pandemic and the laws that govern it. Like most drinking holes, WTF has added a dining component to their regular menu, under the watchful eye of Jorge Smith. The bar has also got a bit of a makeover with new cabinets and furniture, a tad more "grown up", as Smith says.

It is divided into snacks and appetisers, mains and desserts, or you could do three courses for B640. Right off the bat, I'm gonna tell you that you're gonna want to try everything and that means needing more than three courses. With one of my fav sundowners, the WTF G&T (B220), order the Croquete de carne served with a robust Romesco sauce (B220). According to legend, meat croquettes were created in the court of King Louis XIV and come from the French word "croquer" or "to bite". The good sized croquettes at WTF are royal enough and are what they promise to be -- beefy, without being too breaded like other places. A classic Portuguese dish!

The Gambas al ajillo (B280) or Spanish garlic prawns are served on crisp housemade Country bread and can be eaten like an open sandwich. The bread soaks up all the garlic, olive oil and marinade. It's so enjoyable that I prefer to eat the prawns first and then bite into the garlic-chilli bread. Yum! 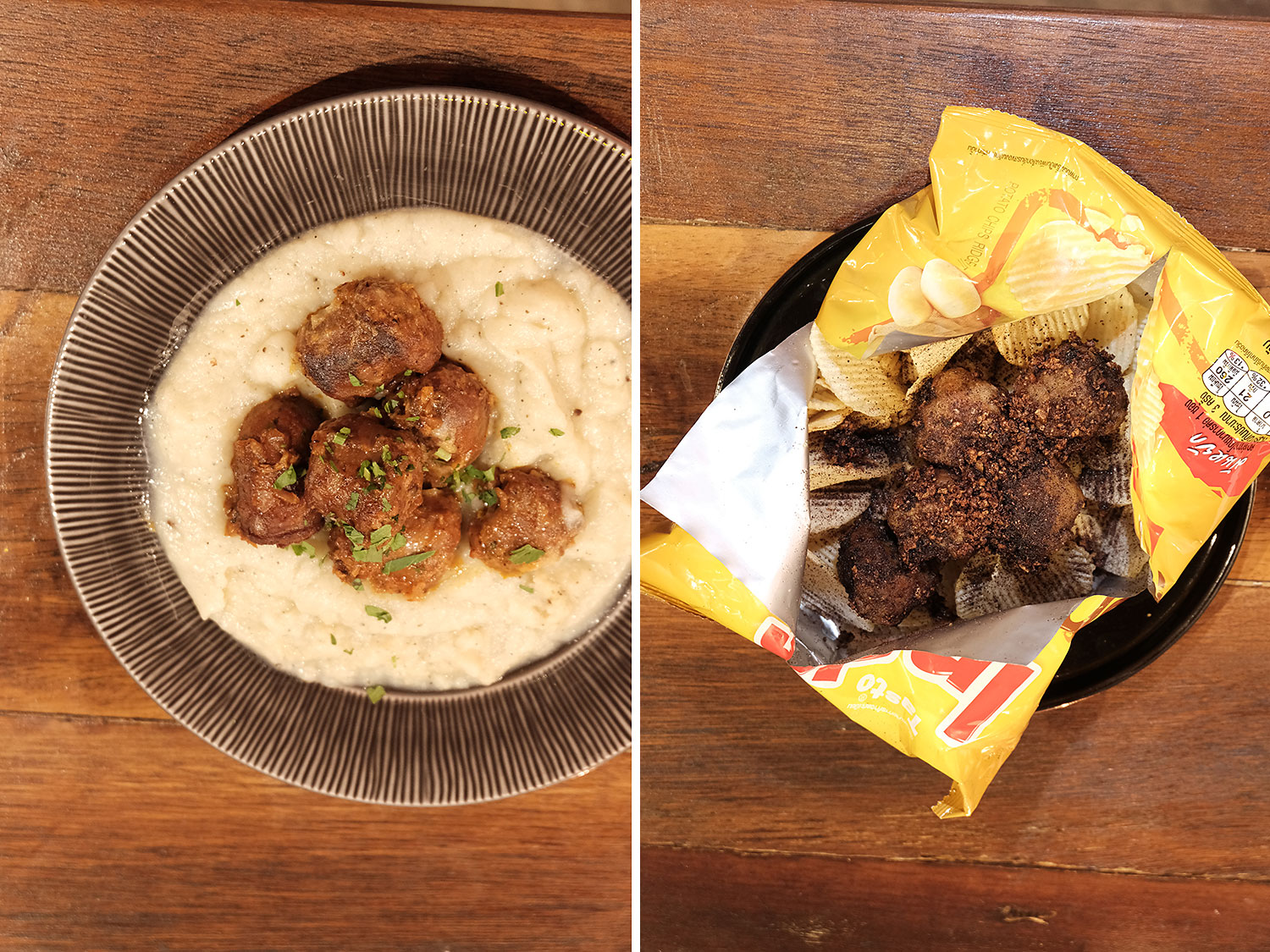 If you're like me and love meatballs, look no further than the Lebanese lamb kofta (240). Served in the most unique way I have ever seen, these luscious, moist balls of meaty glory are served in a packet of Testo original potato chips. Is there anything better than meatballs with a crunch? Yes!

It's the Flame-grilled spicy chorizo (B290), which Smith hand-carried all the way from Lisbon, Portugal. To say this dish is deliciously hot would be an understatement. It arrives at the table lit! Another pun intended. Sandwich the slices between slices of bread and you're laughing.

Fear not veggies-lovers, there are a couple of appetisers for you -- Ovos verdes or deep-fried eggs with parsley (B130) and Mushroom, onion and carrot paste on toast (B180). For mains, I went for the Braised Italian herbed pork sausage with cauliflower puree (B330). The Fried fish fillet with tomato rice (B330) is so good and takes me to the Portuguese tomato seafood rice, the ultimate Portuguese comfort food. (I would know as my mum has Portuguese roots). 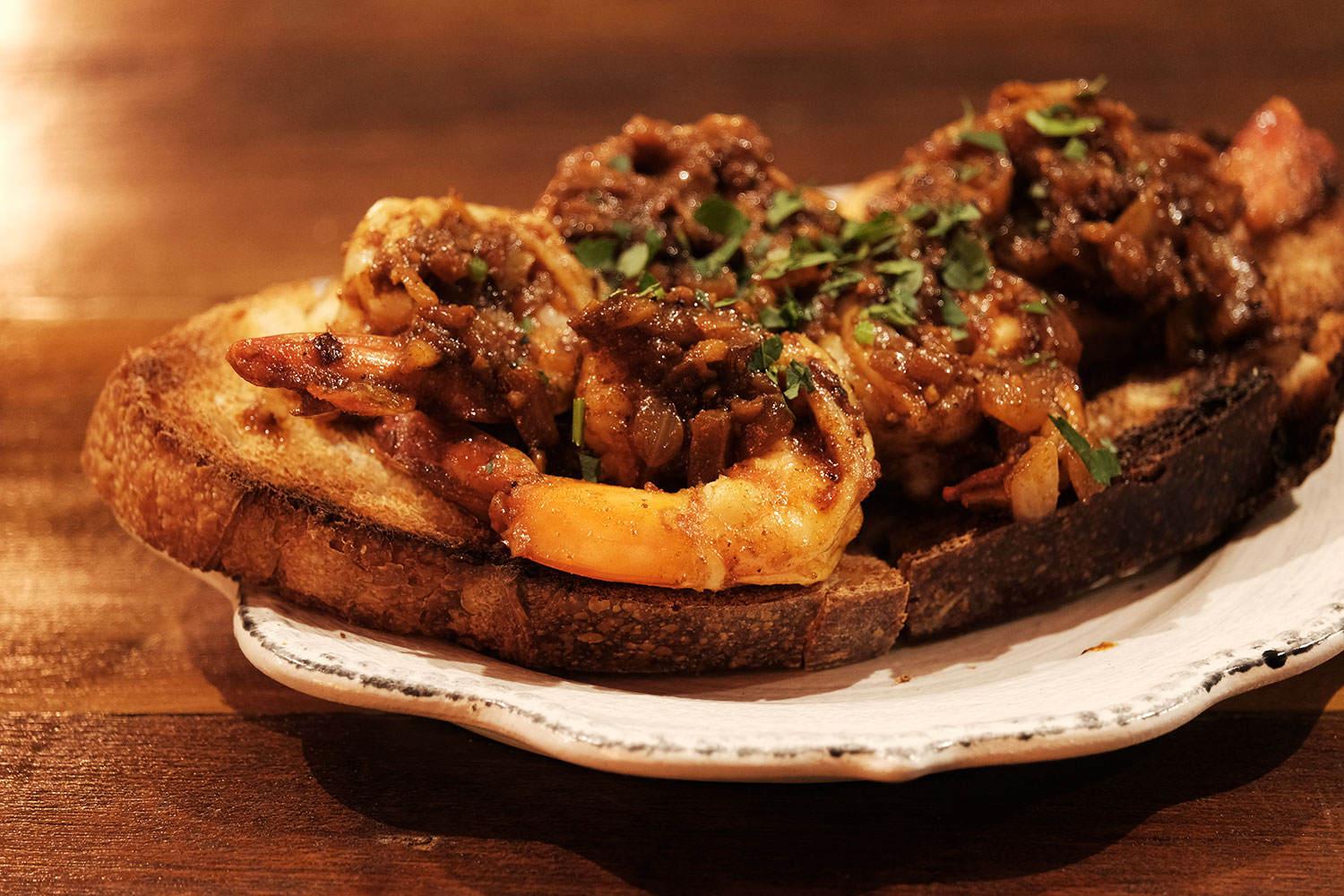 Chocolate fiends should definitely get the Chocolate mousse (B220), which if you're in a sharing mood easily serves two. The Portuguese tarte de amendoa or Caramelised almond tart (B240) is light and pastry-perfect!

When I say save the best for last, I mean it. At WTF that isn't a drink any longer, it is the gloriously indulgent Queijo de Ovelha, beira alta, doce de figo (B290). This mouthful translates to Portuguese sheep's cheese with fig preserve. Beira Baixa is one of the regions where some of the most traditional Portuguese cheeses are produced. Another delicacy that's been hand-carried by Smith from Lisbon, this would be the only way to end a night at a place where time forgets -- WTF. Call 02-662-6246 or visit wtfbangkok.com. 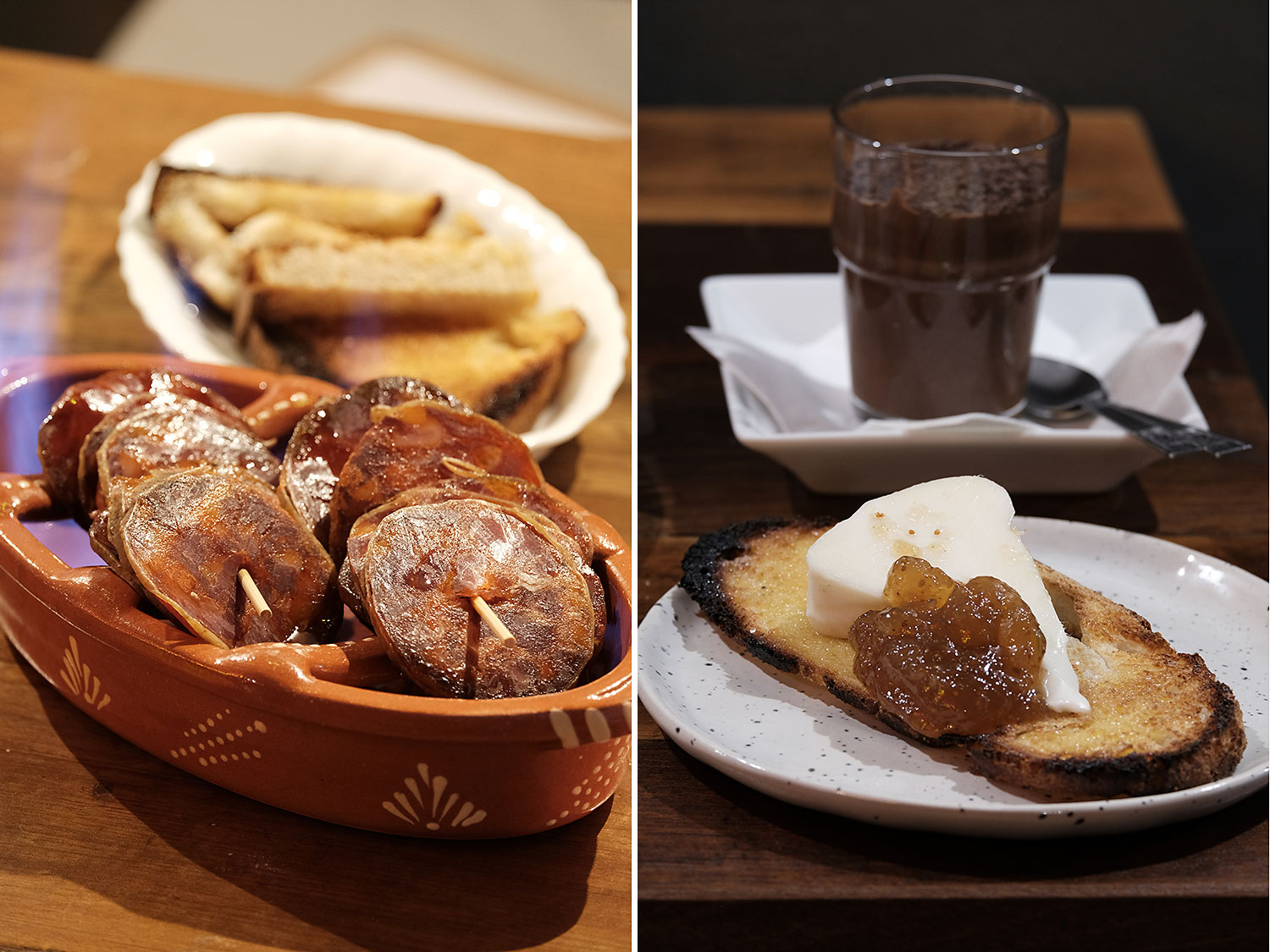 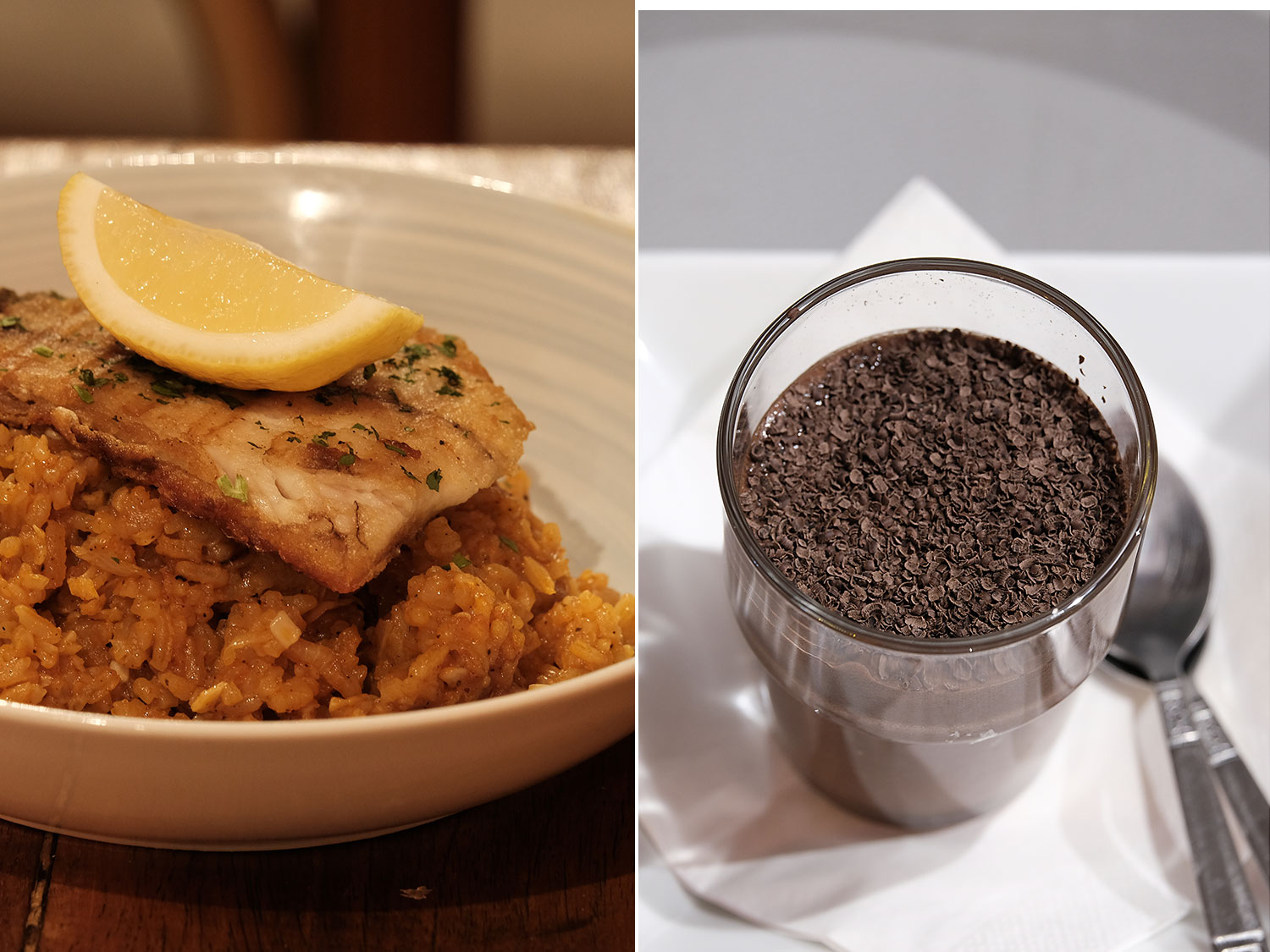