A personal reflection on Thailand as a nation
Life
Social & Lifestyle

A personal reflection on Thailand as a nation

Historian alone is an inadequate description. Charnvit Kasetsiri is a historian-activist. In 1973, he wrote a pioneering history of Ayutthaya as a Cornell University doctorate, published by Oxford University Press. He taught at Thammasat University for five decades and briefly served as rector. He has presented on Thai history at countless international gatherings. He has promoted the work of his students and colleagues so often that his prefaces for their works fill a fat book. 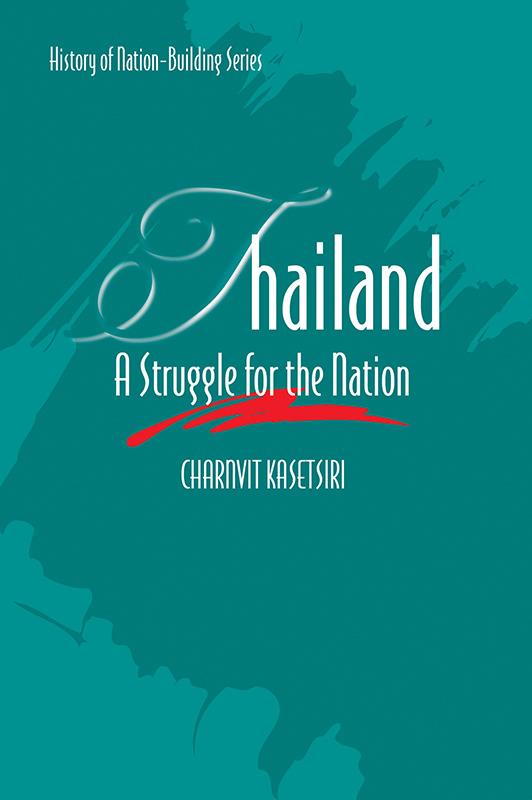 All that is part of the historian's day job, though exceptionally well done. In addition, Charnvit has been an activist and entrepreneur for history as a discipline and a social force. Working with the Toyota Foundation, he inspired a series of conferences and associated volumes on aspects of Thai history and arranged the translation into Thai of many classics of Western scholarship on Thailand and Asia. He kickstarted the study of Southeast Asia in Thai universities in the hope that better knowledge might underpin better relations with neighbours. He promoted the infusion of new ideas into the teaching of Thai history at schools. He has led tours to historical sites throughout Thailand and its Asian neighbours.

Charnvit has also led highly visible public campaigns on historical issues. He lobbied to change the country's name back to Siam on the grounds that Siam reflects the country's cosmopolitan population, unlike the narrower Thailand which effaces the enormous historical role of the ethnic Chinese. He has promoted the history of Ayutthaya as the foundation of the modern country rather than the history of Sukhothai, which earlier historians identified with "Thainess". He worked with Cambodian colleagues to defuse tensions over the Preah Vihear heritage. He campaigned to revive attention to the role of Pridi Banomyong in Thailand's modern history and to give proper recognition to the pioneering work of Jit Phoumisak in history and philology.

Perhaps most of all, his enthusiasm is an example to all. He personifies the joy of knowledge without the formality that often cramps academia. The hilarious title of the book in preparation to celebrate his 80th year, The Old Man And SEA (meaning Southeast Asia), captures this spirit wonderfully.

This book, Thailand, A Struggle For The Nation, is part of a project on "The History Of Nation-Building In Southeast Asia", initiated by the veteran historian, Wang Gungwu. Charnvit has given this theme a typically idiosyncratic spin.

The first chapter traces the development of the standard framing of Thai history by royal and royalist writers between the mid 19th and early 20th centuries. The three phases of Sukhothai, Ayutthaya and Bangkok were connected in a single chain to give history depth and continuity. Kingship was stationed at the core of the story, which showed that Thais fought off their enemies and absorbed their friends.

The second chapter focuses on the change of the country's name from Siam to Thailand in 1939. Despite his earlier campaigning, Charnvit here accepts that the change reflected internal and international forces at a critical moment in history and that it is unlikely to be reversed.

The remainder of the book is a celebration of King Bhumibol Adulyadej. This celebration begins with two prologues. The first focuses on the reign of King Chulalongkorn as a precursor and model. King Chulalongkorn was active in domestic reform, played a major role in finding Siam's place in the international context of European colonialism, and reigned long enough to accumulate a large stock of barami, which Charnvit defines as "reverence, awe and moral authority". King Bhumibol was similarly active in promoting domestic reform, played a prominent role in Thailand finding its place in the international context of US supremacy and the Cold War, and reigned even longer, acquiring barami that was "immense".

The second prologue concerns the king's mother. She was born as Sangwan Talapat in a modest Chinese-Thai family, became the mother of two kings, and was celebrated in later life as Somdet Ya, the Royal Grandmother, and Mae Fah Luang, "Heavenly Royal Mother". Most of the prominent men in the Chakri lineage married their close relatives or ladies of elevated class. Sangwan brought in new blood and a very different social awareness which helped shape her son's reign.

Charnvit attributes King Bhumibol's remarkable popularity to several factors. Most of all, he took the monarchy to the people by travelling and residing in all regions of the country, and by showing himself and his family in person or through media, especially television, the outstanding innovation of his era. He identified himself with modern education by presenting degree certificates to almost half-a-million students and identified himself with development through his Royal Projects. He defused political crises. He wrote books and composed music which could be both enjoyed and admired. His popularity was especially great among the new middle class that developed over his reign.

His passing in 2016 was thus a turning point towards an uncertain future. In the epilogue, Charnvit writes: "HM King Bhumibol was extremely successful in constructing a new monarchy with extensive barami. However, according to Theravada Buddhist concepts, personal barami is untransferable. His successors most work to achieve it for themselves."

Charnvit fears this will not be easy. He notes that the aftermath of the Chulalongkorn reign, which he presents as the model and precursor of the Bhumibol reign, was far from smooth. Recent years have shown that the poor, the provincial and the young are fed-up, frustrated and impatient. Charnvit looks around Southeast Asia and finds a trend of rising authoritarianism, defied only by Malaysia and Indonesia and perhaps only "for the time being".

The title of the book, A Struggle For The Nation, is a mystery. The word "struggle" does not appear even once in the body of the text. There is plenty of conflict in the background of Charnvit's story (most of it in the footnotes), but almost none in the foreground. Perhaps the struggle in the title is yet to come.