An ex-conscript who killed his ex-girlfriend and new lover says the pair taunted him about their relationship. 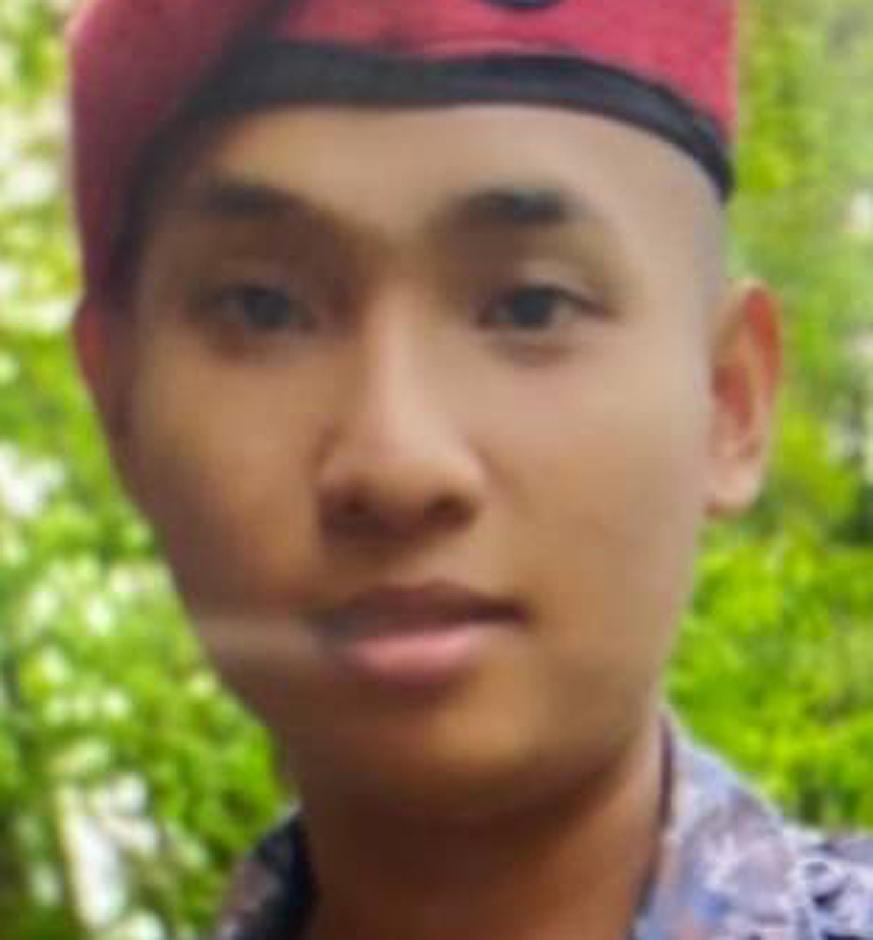 Phaya Thai police on Wednesday arrested Pvt Morakot "Chert" Prapharot, 24, for the double killing at the Sa Kaew railway staff housing community in Ratchathewi. Police nabbed him in Pathum Thani where he had gone into hiding. 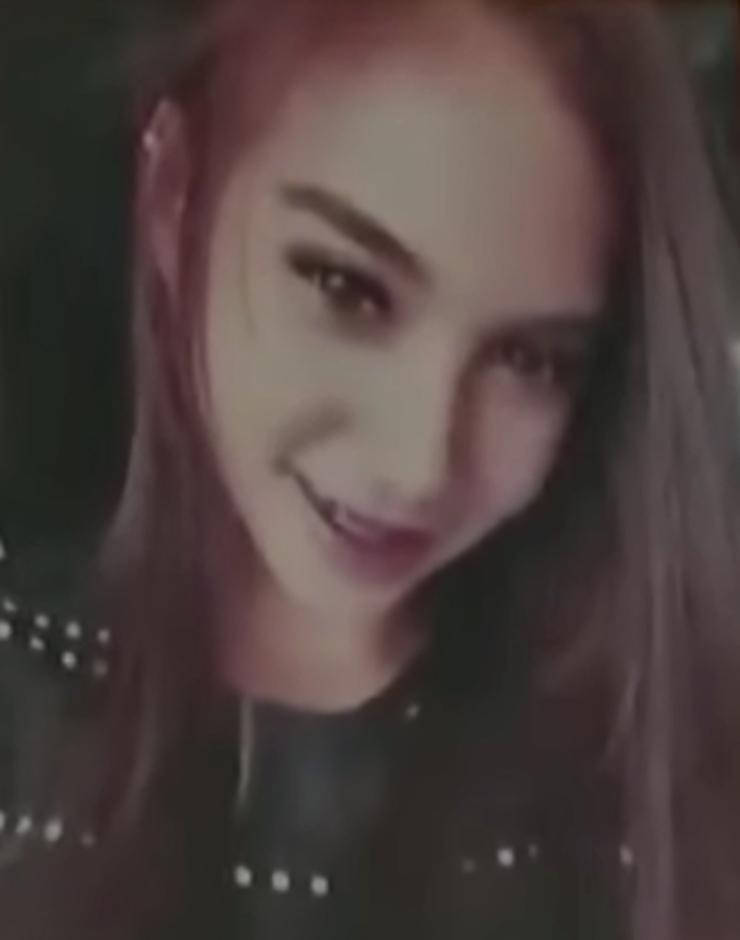 Pvt Chert shot Pratana "Pla" Kaewkerd, 23, his former girlfriend, and Korakot "Art" Muenprab, 25, her new lover, at his two-storey family home the day before with barely a word. 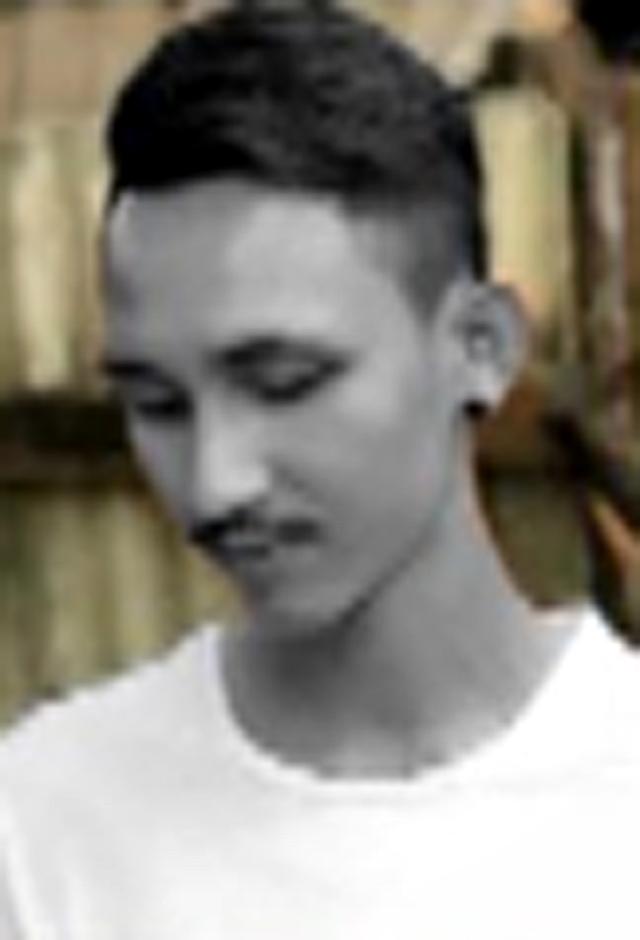 The killer, who was discharged as an air force conscript just days before, was taken to the house by a mutual friend, Phattanachai "Oil" Inkam, 25, who also lives in the community.

He assumed Pvt Chert simply wanted to clear matters with his ex-girlfriend, who started seeing Art over his objections. "I feel sorry that my actions led to their deaths. We are all friends from school," he told reporters.

Pvt Chert, accompanied by Mr Oil, had met Art's mother Kruewan Khampleew, 46, outside moments before. She recognised Mr Oil and assumed Pvt Chert was another childhood friend of her son's. Neither knew he was carrying a gun.

Pvt Chert, she said, called her over and asked where he could find her son. "He's sleeping upstairs. Go on up," she said.

Ms Kruewan was getting ready for work and thought nothing more of it until the shots rang out.

Mr Oil said Pvt Chert had asked him to help track down his ex-girlfriend. He came to see him at home on May 21 and asked whether Pla was living inside the housing community.

Pla, unbeknown to Mr Oil, had moved in with Art the week before, as she was too scared to stay at her own home. Pvt Chert, who would beat her out of jealousy, had threatened to track her down and kill her and her family.

On Tuesday at 1am, Pvt Chert contacted Mr Oil online and asked if Pla was staying with Art.

Art, he said, had told him himself that he was with her. Pvt Chert dared Art to see him and clear the air.

Mr Oil said Pvt Chert turned up at his house at 5am the same day, following their chat online. He asked Mr Oil to escort him to Art's place, as he didn't know where he lived. "I saw my friends were having trouble so wanted to help them," Mr Oil said.

"When we arrived we found Art's mum outside. I stayed below while Chert went upstairs to see them.

"I heard Chert call out Art's name and he opened the door. As I was waiting I heard the shots ring out. I ran upstairs, just as Chert was running back in the other direction," he said.

He found the pair shot dead in their room. Chert had barely spoken a word to them before opening fire, he said. "I didn't know he had a gun and didn't take him there to help him carry out his crime," he said, adding he had apologised to the victims' families.

Art's mother said has no hard feelings towards Mr Oil, who was born in the community. She had seen him around since he was a child.

Ratchanok Funchantra, 60, Pla's mum, said her daughter tried to escape from Pvt Chert many times but he would come after her. "He said if she quit seeing him he would kill us. He scared everyone in the family. In the past week Pla wasn't game to return home as she was worried we would come to harm, so she moved in with Art," she said.

After Pvt Chert had done the deed, he sent a gruffly worded message to her gloating that he had killed her daughter.

The young killer told police that the couple sent pictures of them together to taunt him. He bought the .11mm calibre gun he used to shoot them when he was serving as a conscript. Police charged him with intentional killing and firearms matters.

A jealous former inmate in Trang tried to make good on a promise to kill his ex-girlfriend's new lover but failed when his gun misfired. 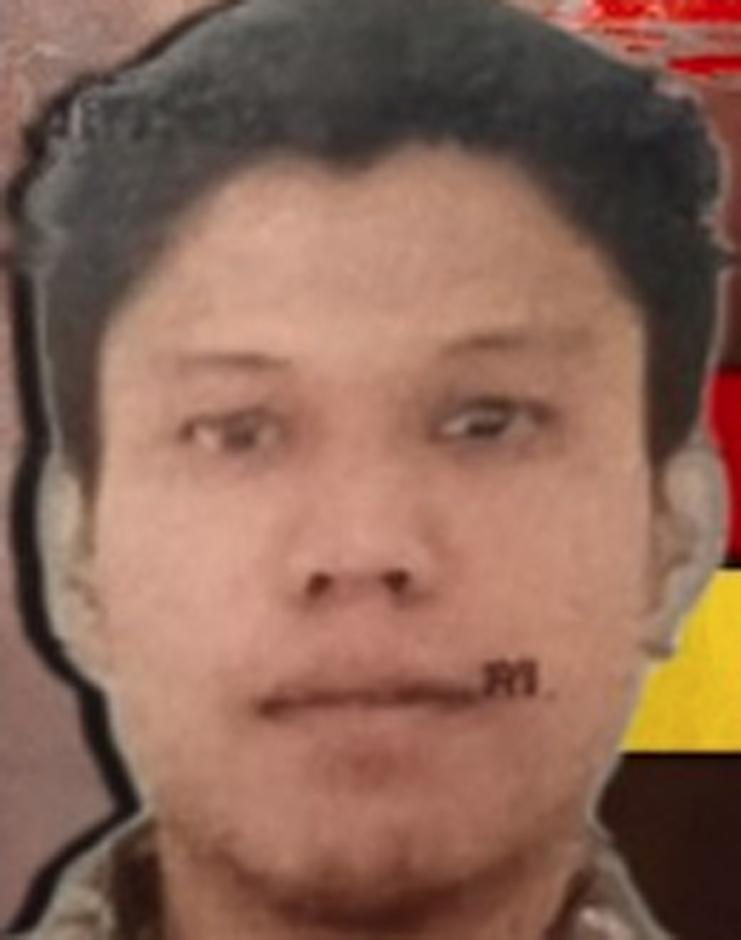 Customers fled in fear when Somlak "Fak" Mobphichit, 33, and his mate, Anusit "Bo" Nurueang, on May 22 opened fire at a makeshift coffee shop at the rear of the Cinta Garden Walking Street in Thab Thiang, Muang district. 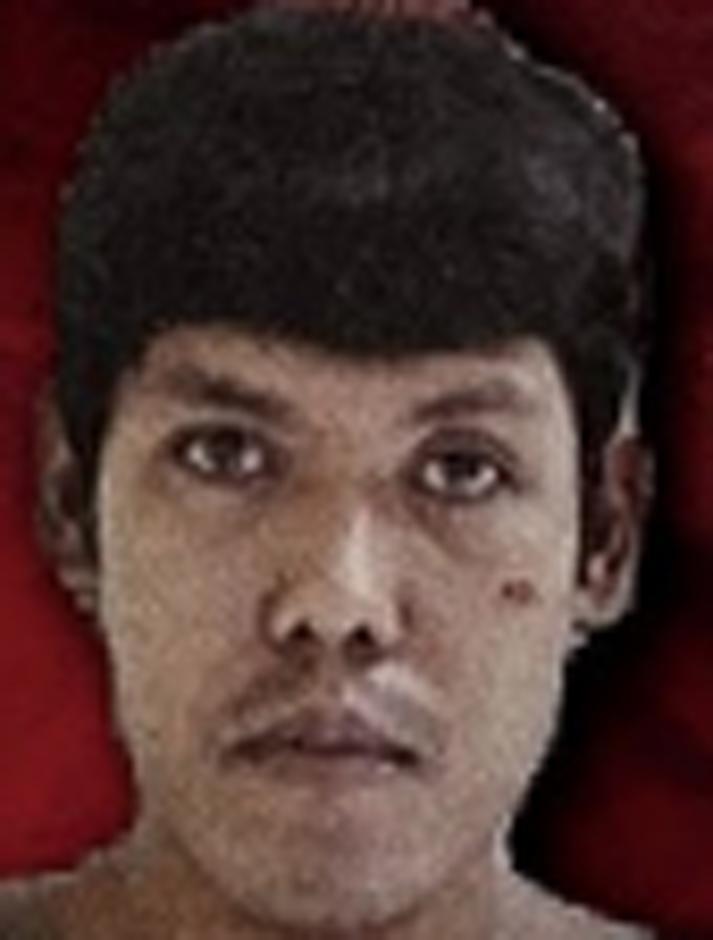 CCTV vision shows Fak, who has served time for drug offences, buying a drink from a van converted into a serving area. He casts a sideways glance at a table where his ex-girlfriend, Waraporn, and her new lover, Anucha Anuwongsakul, 31, were sitting.

Mr Anucha and Waraporn were sitting in a group of five, the pair having just returned from Phuket where they had been working to pick up a motor vehicle in the province. A mutual friend invited them for a coffee that night when Fak and his mate showed up.

Waraporn saw her ex-boyfriend first and nudged Mr Anucha to say she had spotted Fak.

Mr Anucha said he was aware that Fak had threatened his girlfriend previously. He had said if he ever met Waraporn and Mr Anucha together he would kill them both. 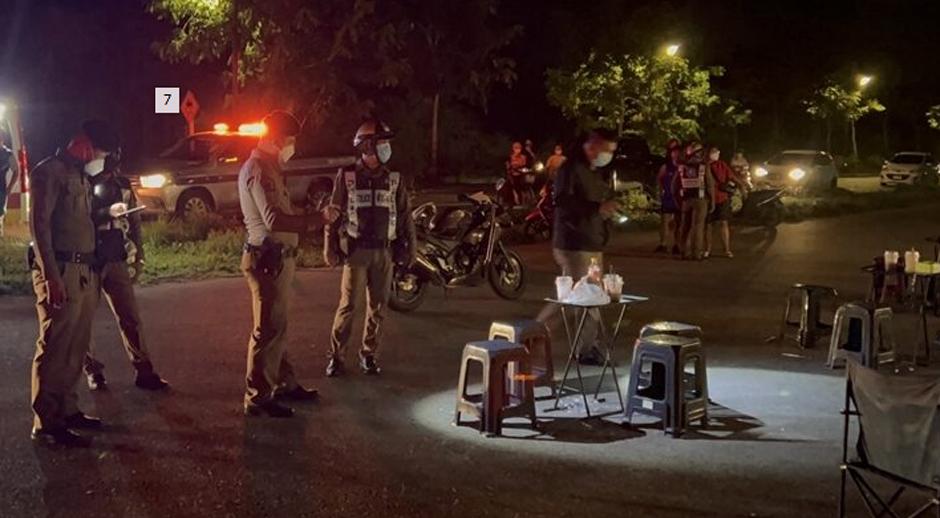 The scene of the shooting.

A moment later, Fak grabbed Mr Anucha in a headlock from behind and demanded he step away from the table to "clear" matters.

After a brief tussle, Mr Anucha refused. "I'm not going, if you want to talk it has to be here," he said.

Fak then tried hitting Waraporn, though Mr Anucha stepped in to protect her.

"So you want a fight?" Fak asks. He and Mr Bo returned to their pickup and came back carrying handguns.

Fak fired the first shot, but the weapon misfired.

He shot at Mr Anucha again, once again without success.

Mr Anucha saw a table in front so flung it at his attacker and a struggle over the weapon followed.

Fak jumped on his back and shot him twice, hitting Mr Anucha at the top of his left arm and shoulder. Friends later took him to Trang hospital where he was patched up and declared out of danger.

Hapless Fak fired his .9mm calibre weapon some 10 times in total, but managed to hit his target just twice. Otherwise he missed or the gun jammed.

Perhaps despairing of his poor shooting skills, Fak called out to his friend that it was time to go and the pair fled the scene, handing themselves in to police the next morning.

They were charged with jointly attempting to kill, and firearms charges.

Waraporn said she saw Fak from 2009 to 2015, when he was jailed for drugs. They quit on good terms the next year.

She said she started seeing Mr Anucha the year after, but Fak would call her regularly threatening to kill them both until she blocked his number.

A Nakhon Si Thammarat man wanted for murder allegedly contacted a moving company a day after the killing to get his belongings shifted to a new location. 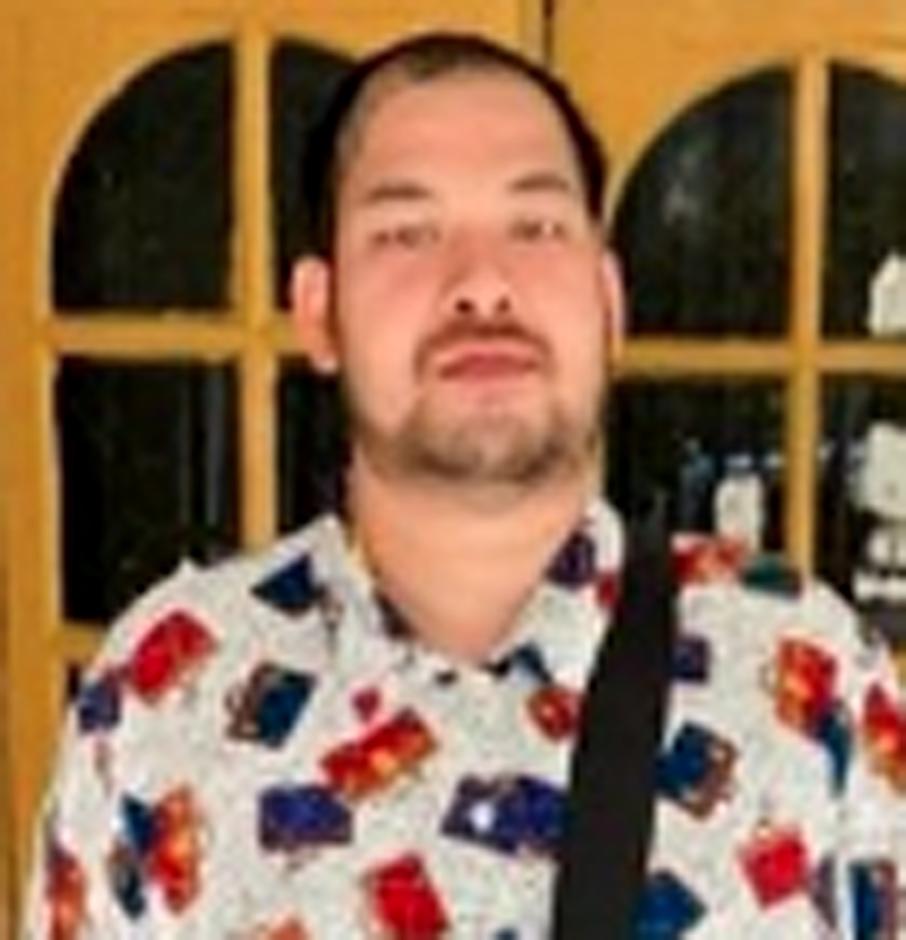 Nonthachai "Pom" Petchyoi, 30, fled a townhouse in Thung Song's Pak Phraek on May 19 after allegedly killing his boss, Winai Paeklang, 40, in an argument over unpaid debts. 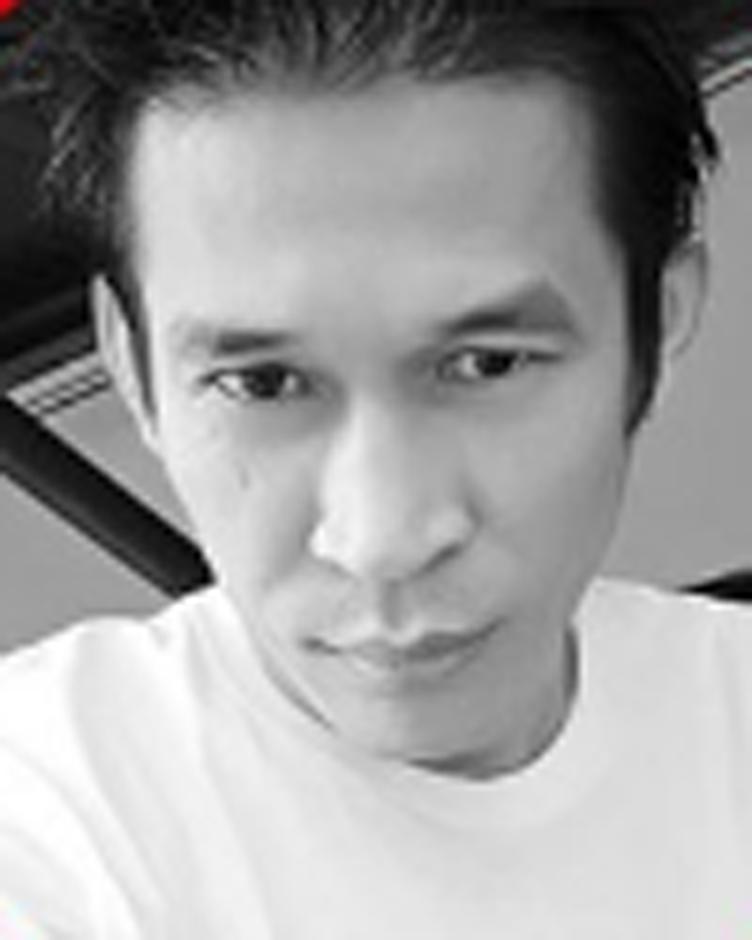 Winai was shot three times, in the neck, cheekbone, and back. Police found him dead in front of the house, after his attacker shot him in the middle of their drinking circle.

The head of a team of construction workers including Mr Pom, Winai had chided him earlier for failing to collect various debts owed by customers.

Mr Pom complained that he should keep such requests for work hours, but went out and did as he was told, returning half an hour later with the money.

However, the pair argued again and Mr Pom, out of patience, allegedly pulled out a gun he kept tucked into his waistband, and shot him in the neck.

The second bullet grazed his cheekbone. Winai tried to flee but fell over, when his attacker shot him in the back. He fled on a motorcycle, and his victim died of his injuries at hospital.

The victim's wife, Thanyamat Phonraj, 46, said Winai had just bought a drink for his workers when the row erupted. The men were close friends, she said.

Reporters from Amarin TV visited the shooter's home in Pak Phraek, they found a moving van there. Two or three men were loading a motorcycle, fridge, air con unit, toys, and clothes into the back.

Asked where they were going, they said a customer had asked them to clear the house of its belongings and take the lot to Prachuab Khiri Khan. Once they had set out, he would call with more precise directions.

Assuming the customer was in fact the suspect sought by police, the TV host said: "For those watching, we should say again, they are going to Prachuab Khiri Khan."

Thung Song police, who were looking for the shooter at press time, obtained a court warrant in which Pom is wanted for intentional killing and firearms matters.