Out and Proud
Life
Social & Lifestyle

Saroj "Ark" Kunatanad lives out and proud is his personal and professional lives. As an OG member of Trasher Bangkok, he has directed parody music videos and organised inclusive parties pre-Covid-19. He has also explored photography skills with intimate and sensual male portraits, adding "director” of music videos and commercials to his CV. Ark makes his directorial debut with Getaway, a Singaporean BL (boy love) web drama shot in Bangkok, for Asia's leading LGBTQIA media publication Dear Straight People. Ark tells Guru about the new web series and his creative journey. 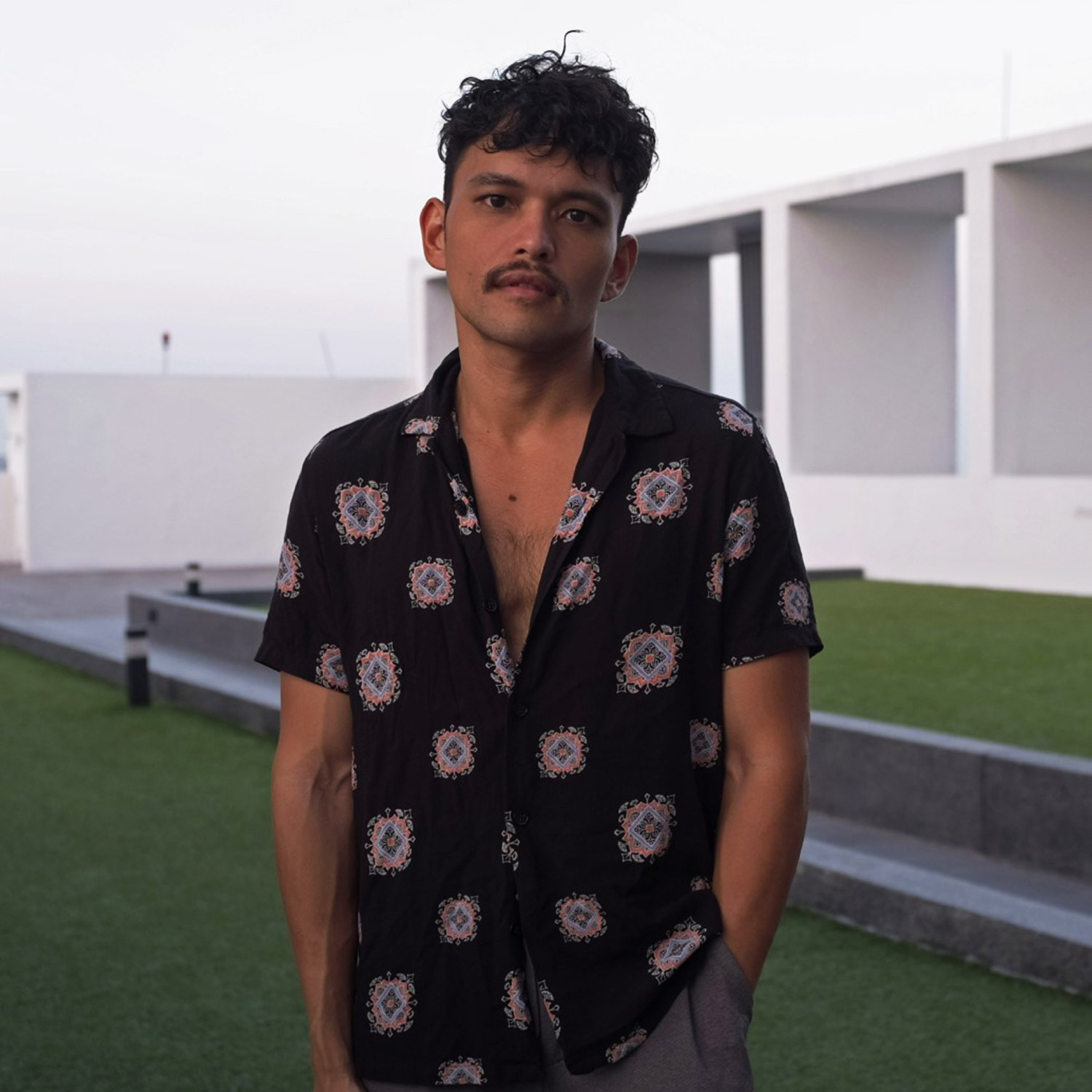 How did Getaway come about?

It came from Sean Foo, the founder of Dear Straight People, which publishes LGBTQIA content in Singapore about coming out, rights and sexual health. He noticed how popular BL series are in Asia, especially in Thailand, so he thought of making one for Singapore. To my best knowledge, Singapore has its own LGBTQIA series such as People Like Us, which was released a few years ago but there had been nothing like that after. We brought easy-to-digest BL to Singaporean audiences in the form of a web series. Combine that with Thai production and a few Thai cast, [hunky Paween "Snooker" Naliang who starred in Gay OK Bangkok and fashion model Sirinutt “Sean” Cholvibool] and we have Getaway.

Steven Lim, who portrays the father, is also an acting coach for the series, and was looking for a director, who understands English and the LGBTQIA community. Since production took place in Thailand, the director had to be fluent in Thai and English. Someone mentioned my name and I happened to be a good fit even though I had never directed a series before, except for commercials and music videos.

Were you involved in any other creative process of Getaway?

Sean wrote the script. He also already has the cast in mind but I picked Zymone [a noted party MC and entertainer] to join the cast. Someone pulled out so I cast Zymone so we can have a trans character for more diversity.

How does Getaway differentiate itself from other BL series?

One way that Getaway is different from other BL series is that our cast consists of openly gay men, who play gay men. Plot-wise, we touch on topics such as coming out and family acceptance, which I feel is Getaway's cornerstone. The love story feels secondary to me as it's about two men who meet each other as they truly are. There's no guessing if someone's still in the closet or if one of them may discover something about themselves as the story progresses. That's another difference. However, there's is a sentimental and romantic side to Getaway like other BL series, too.

What do you think of the popularity of the BL series in Thailand?

Thai BL series has a lot of good points. The genre helps normalise the LGBTQIA community. On the other hand, there's not enough progress on legalising same-sex marriage and sex work in Thailand. These two issues go hand-in-hand as they highlight inequality and that people aren't treated equally. Lawmakers still look at the world from a binary perspective where you're either a man or a woman while the LGBTQIA community doesn't feel that we're inferior in any way. We just want to be treated equally. 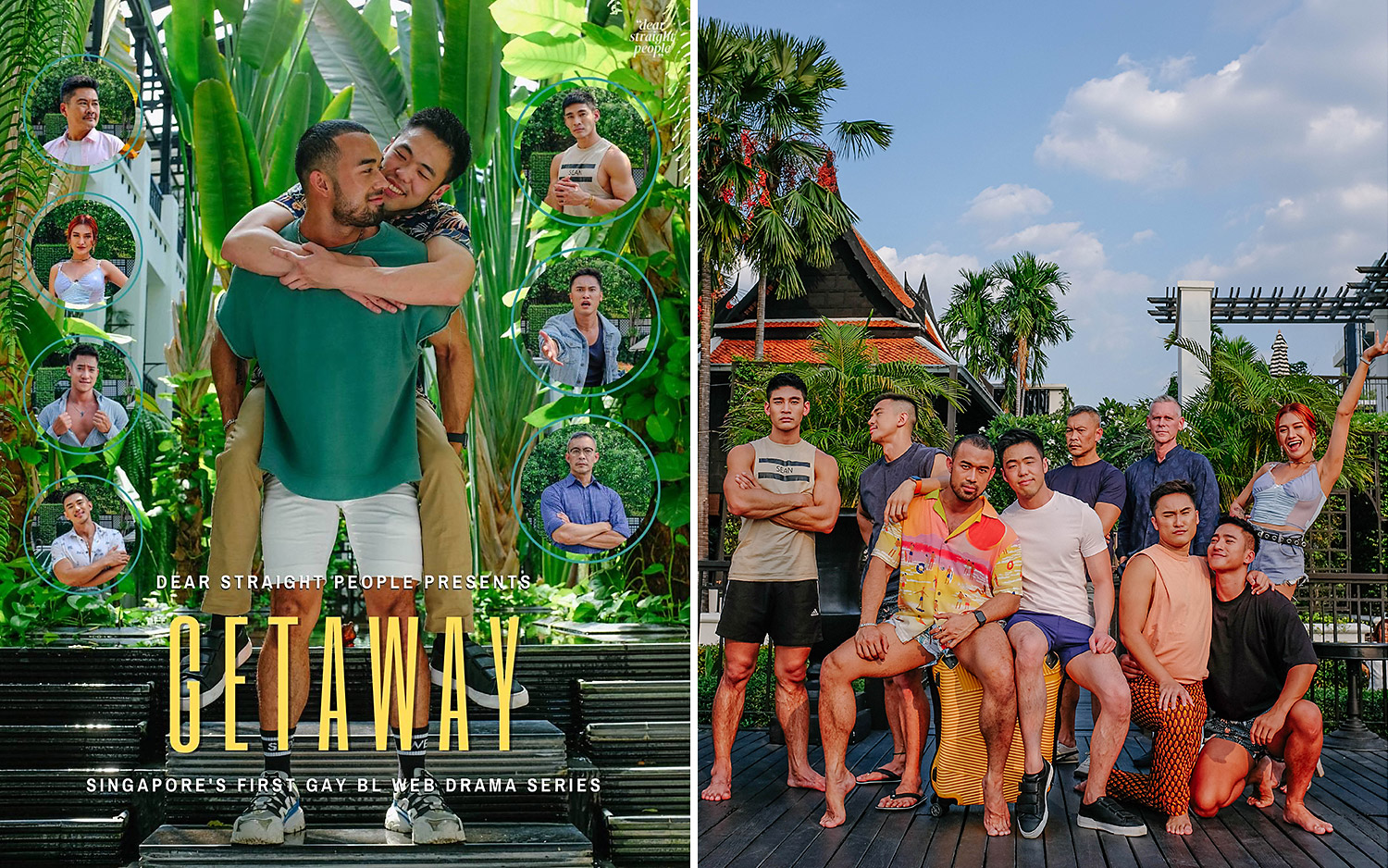 Therefore, BL, especially when it's told through an LGBTQIA lens, helps make people outside the community understand what the community wants and what kind of life we want to lead. However, as BL series gains popularity, it's confined within the entertainment sphere and, unfortunately, it doesn't extend to LGBTQIA rights in real life. You can jin [the act of pairing two characters romantically] two leading males [who are played by straight actors] but that's for the sake of entertainment. I believe that entertainment can also inspire changes. By giving LGBTQIA characters the spotlight, they are given significance.

Do you consider working with LGBTQIA characters a form of campaigning?

Looking back, I feel like I always provide space for minorities through my work whether it be a Trasher party or an erotic photo exhibition. It's my nature to pay attention to small details or niche communities in society. When the audience of my work grows, it makes me realise that there are people who are open to my niche, to people with specific sexual preferences or fetishes and to minorities represented in my work. It doesn't surprise me that people would classify my work as LGBTQIA because I'm a member and I try to tell stories from the community so we can have more space and visibility. 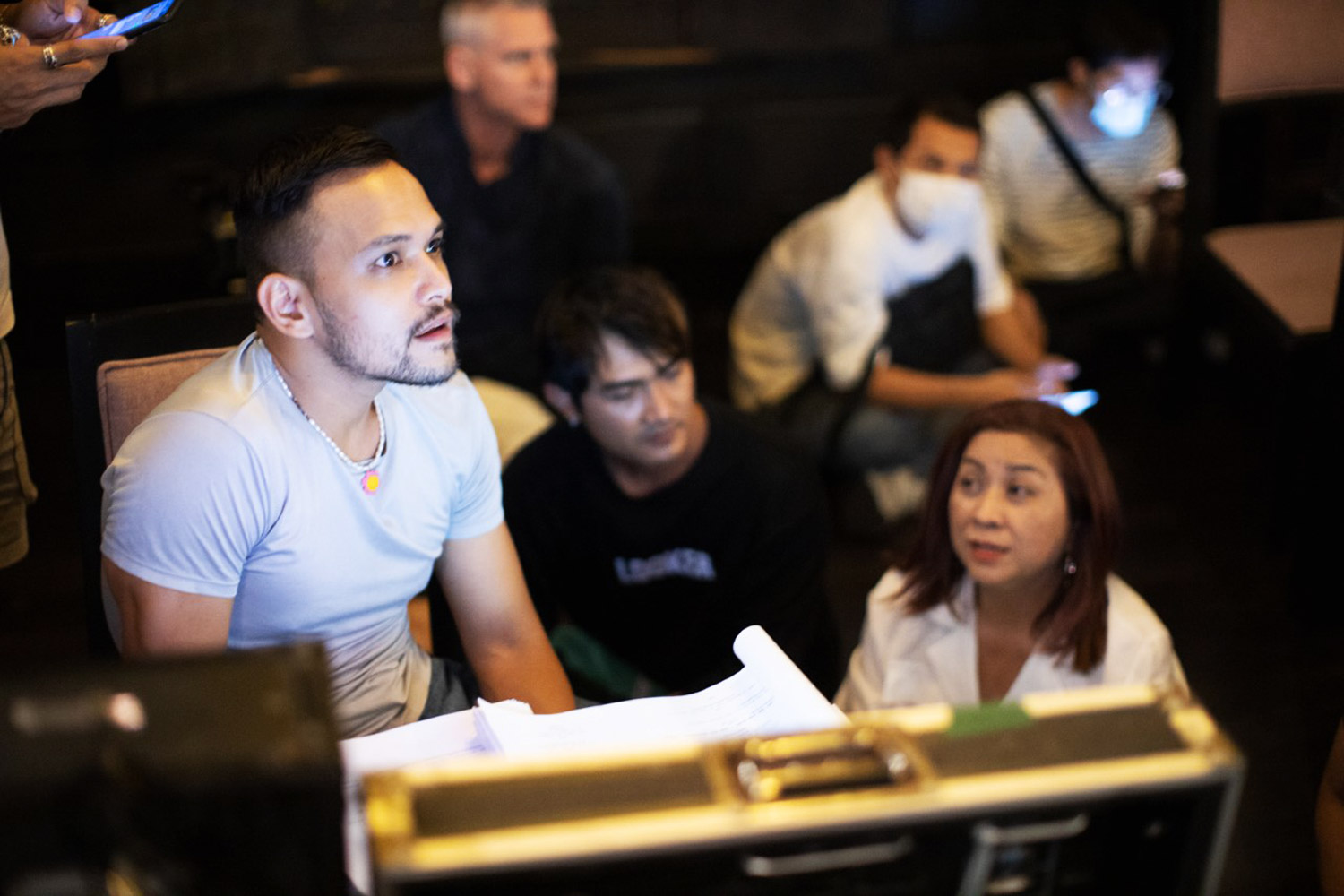 What kind of impact do you think the series will have?

Getaway considerably deals with family acceptance as it should as, in Asian cultures, family is very important. How does a family learn to embrace an LGBTQIA member? How does an LGBTQIA person deal with expectations from their family? These are impactful messages of this series. Sean highlights this issue in his script. In Asian cultures, acceptance from family is very important for someone's coming out.

What are you currently working on?

Another series called Shadow. I'm polishing the script and it'll be created in collaboration with Viu Thailand and made available regionally and through free TV channels. It also contains some BL elements but is explored in another way. Stay tuned!

Check out Getaway on Dear Straight People's YouTube channel. There are five episodes, each last about 10 minutes. New episodes are added each week.