Ojo takes your breath away with stunning views and exciting flavours

Launching ahead of the much-anticipated opening of The Standard, Bangkok Mahanakhon in Q3, is Ojo Bangkok, a Mexican restaurant on the 76th floor of King Power Mahanakhon on Naradhiwas Rajanagarindra Road. 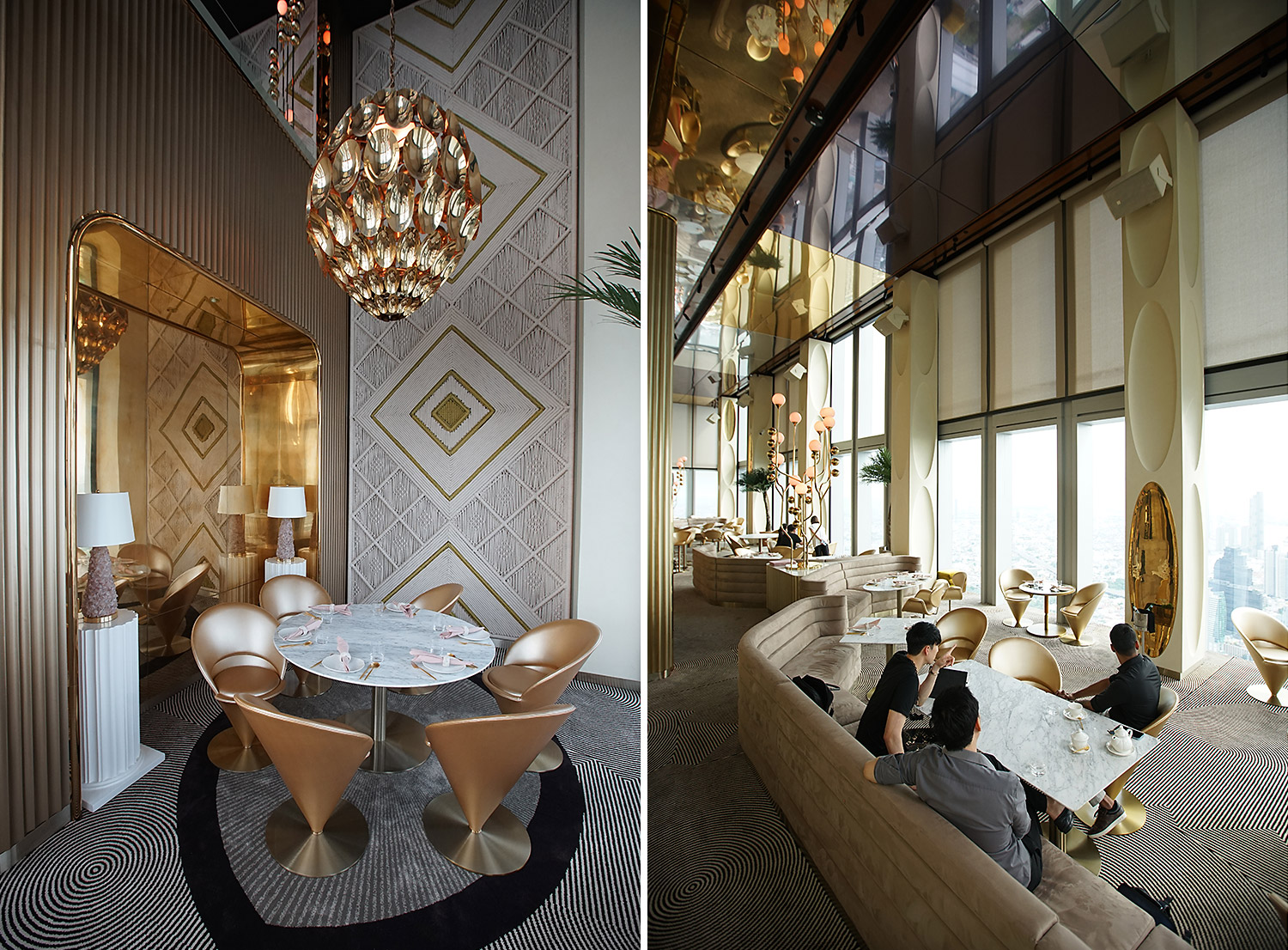 Ojo (o-ho), which means eyes in Spanish, will be one of the culinary highlights of the upcoming Standard and, in keeping with the brand’s upside-down philosophy, the Mexican cuisine has been taken to new heights, figuratively and literally — 300m above the ground to be exact— with bold flavours and eye-catching finesse. Befitting its name, Ojo overlooks the city, offering a stunning view of the cityscape and the Chao Phraya River from its indoor and outdoor areas.

Ojo is the brainchild of Francisco “Paco” Ruano, one of Mexico’s most exciting chefs of his generation, and The Standard’s executive chairman Amar Lalvani who personally recruited him. Recalling how Ojo came about, chef Paco said, “A very good mutual friend mentioned my name after Amar told him of opening a Mexican restaurant in Bangkok. I got a phone call [from Lalvani] and there wasn’t much to talk about as I was on board the moment he said ‘The Standard’ and ‘Bangkok’. Some 48 hours later, we started developing the concept for Ojo.

“Amar still feels that there is a lot to explore in terms of Mexican food in Thailand. Mexico is having a good moment internationally. We’re exporting really good cooks abroad but Mexico is kind of misunderstood in terms of food because what is usually seen is Tex-Mex. It is its own thing but it’s not everything that there is so he thought it was a good opportunity to have a Mexican restaurant in Thailand.” 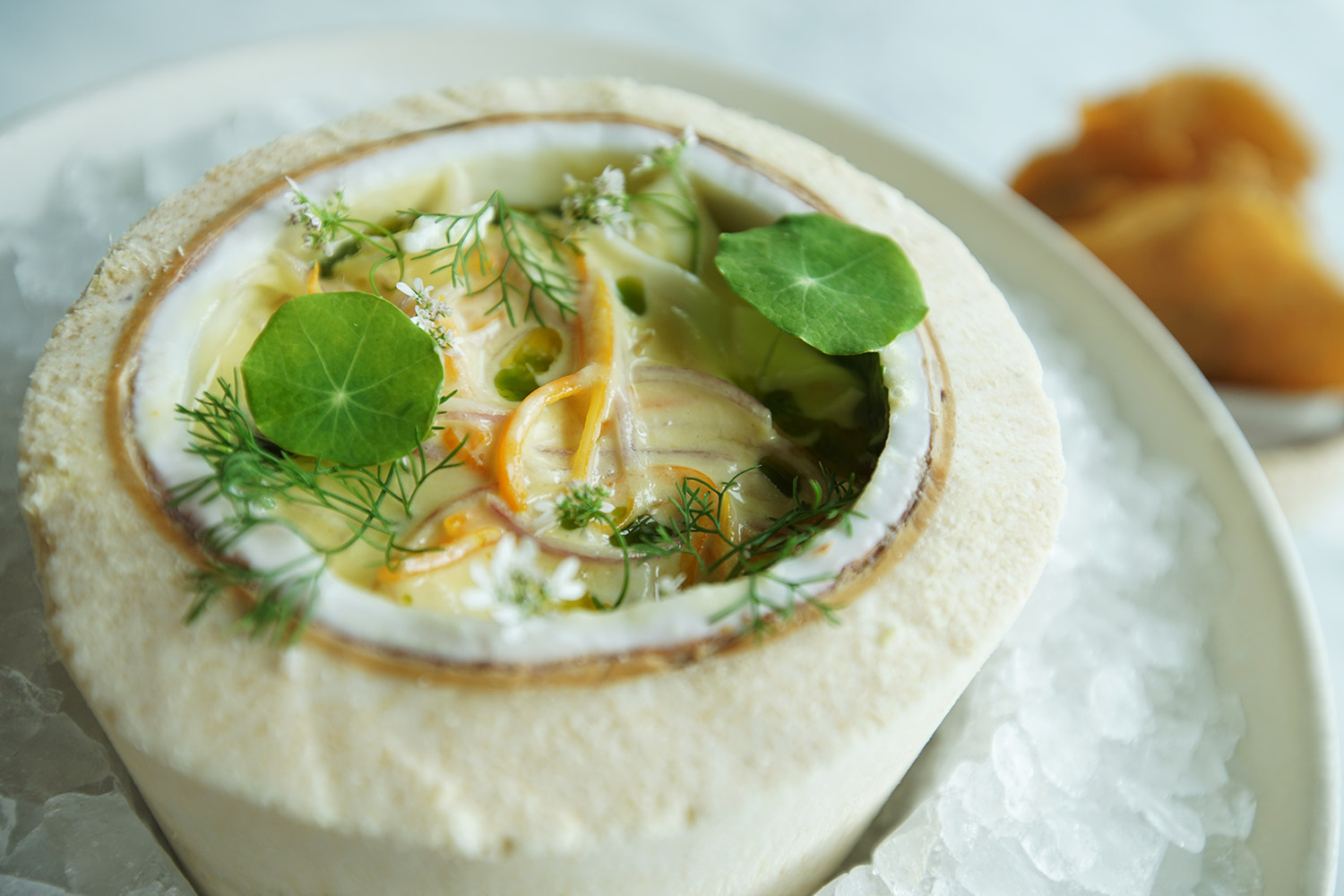 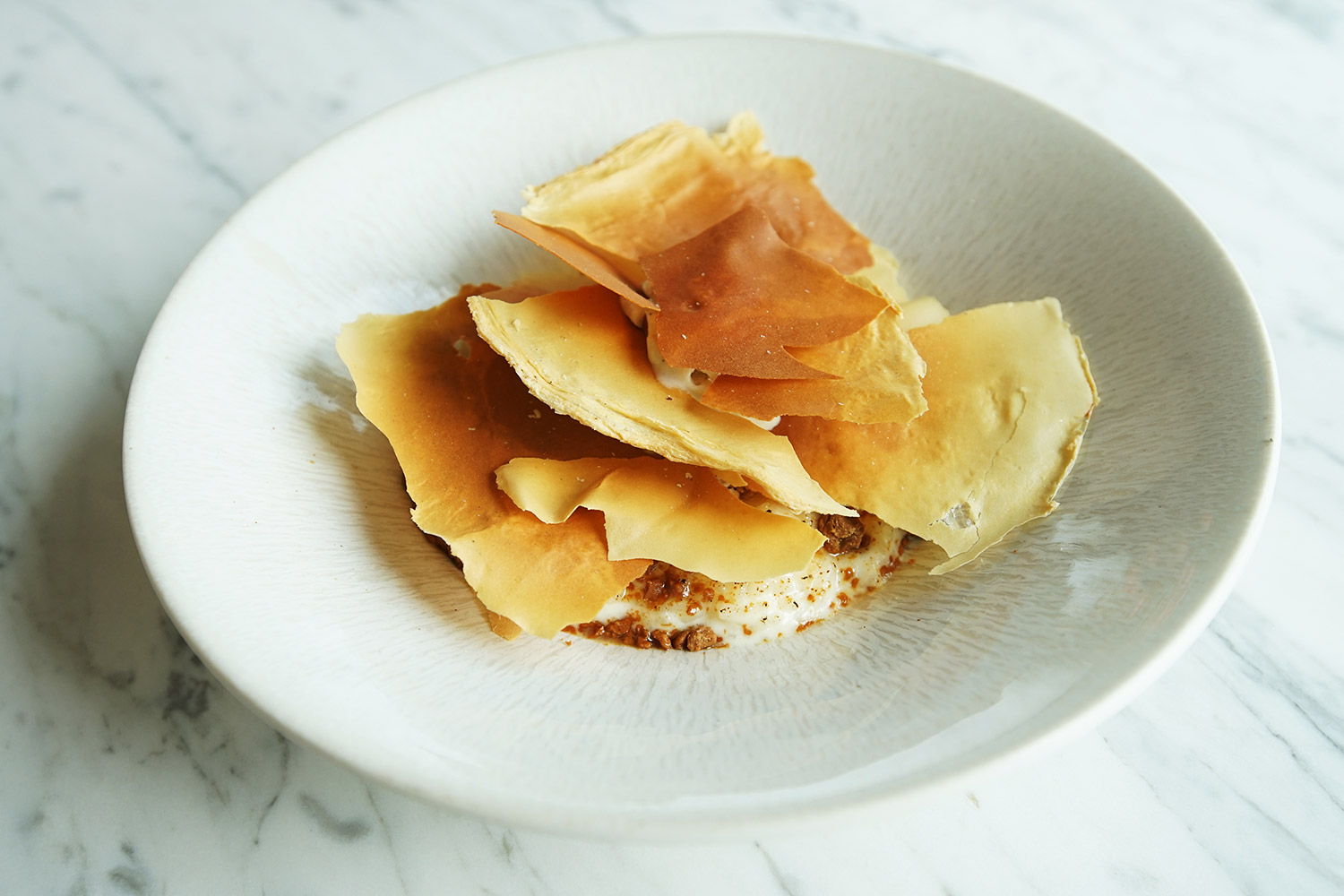 Shattering preconceived notions about Mexican cuisine in Bangkok requires a chef of a certain calibre. Chef Paco credits the initial spark, that set him on the culinary path, to his mother and grandmother from whom he learned the way around the kitchen before enrolling in a culinary school in San Sebastian for formal education. Currently regarded as one of the most important figures of Mexico’s next-generation culinary scene, he trained under the tutelage of culinary heavyweights at Mugaritz and El Celler de Can Roca in Spain and Noma in Denmark. He became a celebrated chef in his own right through his restaurant Alcalde, which opened in 2013 in his home city of Guadalajara and went on to collect various awards, including a place on Latin America’s 50 Best Restaurants list.

Not replicating the success he has with Alcalde, Paco went on a research trip in September in search of inspiration for Ojo. “I went to a few farms, talked to suppliers, walked as many markets as I could and ate on the streets a lot. Also got a glimpse of what Mexican restaurants here are serving. Then I started to research suppliers to decide which ingredients I needed to bring over, like cornmeal and chillies from Oaxaca. We include a few hints that this is my kitchen but we create a rainbow of flavours of Mexico at Ojo. Ojo is custom-made for the space, the size and the clientele coming in.”

When asked what makes Ojo stand out from other Mexican places, he said, “I offer fresh, vibrant and a lighter version of Mexican food. I want to take down this idea of Mexican food being about heaviness, spiciness and fat. We’re doing a balance point of view on Mexican cooking.” 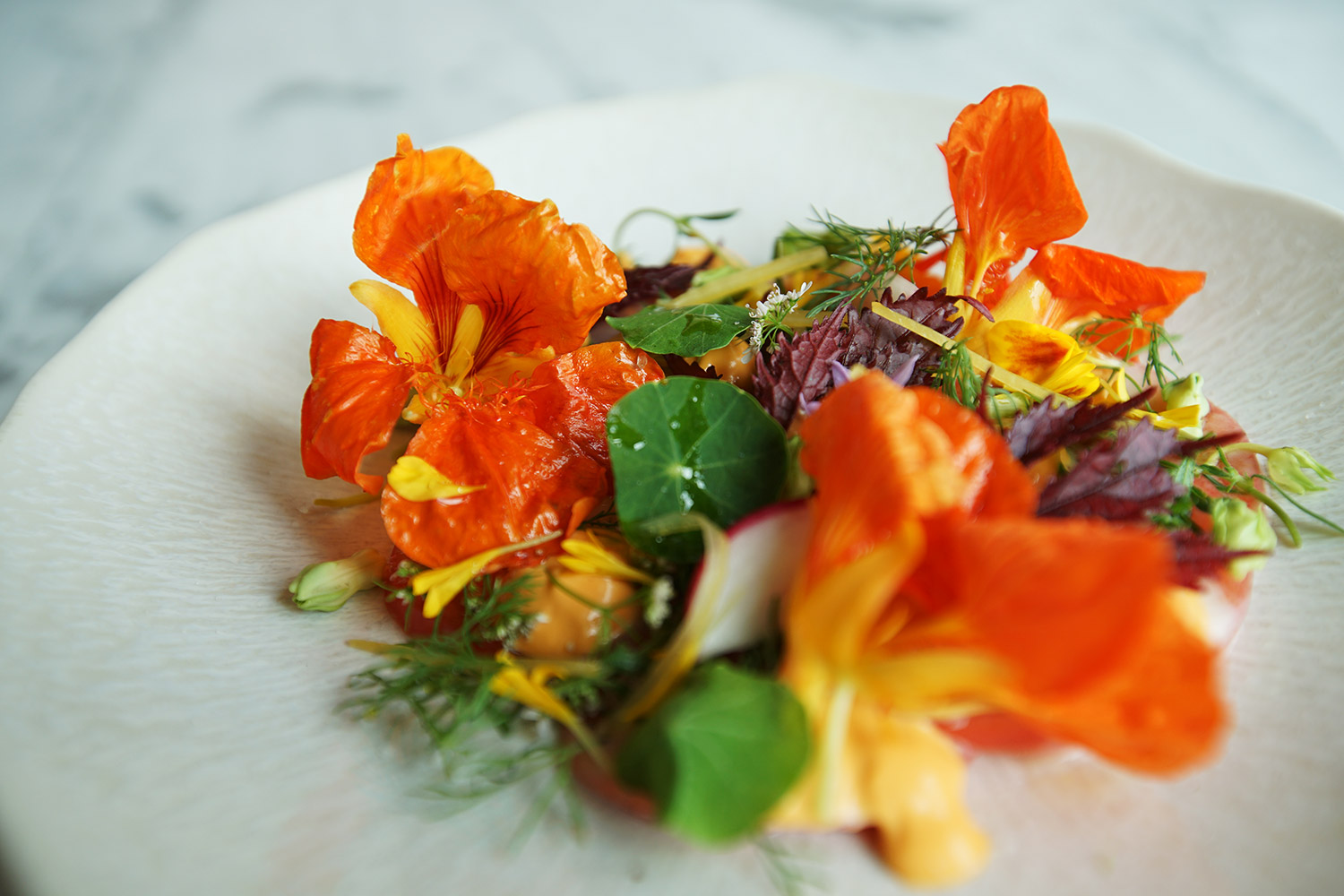 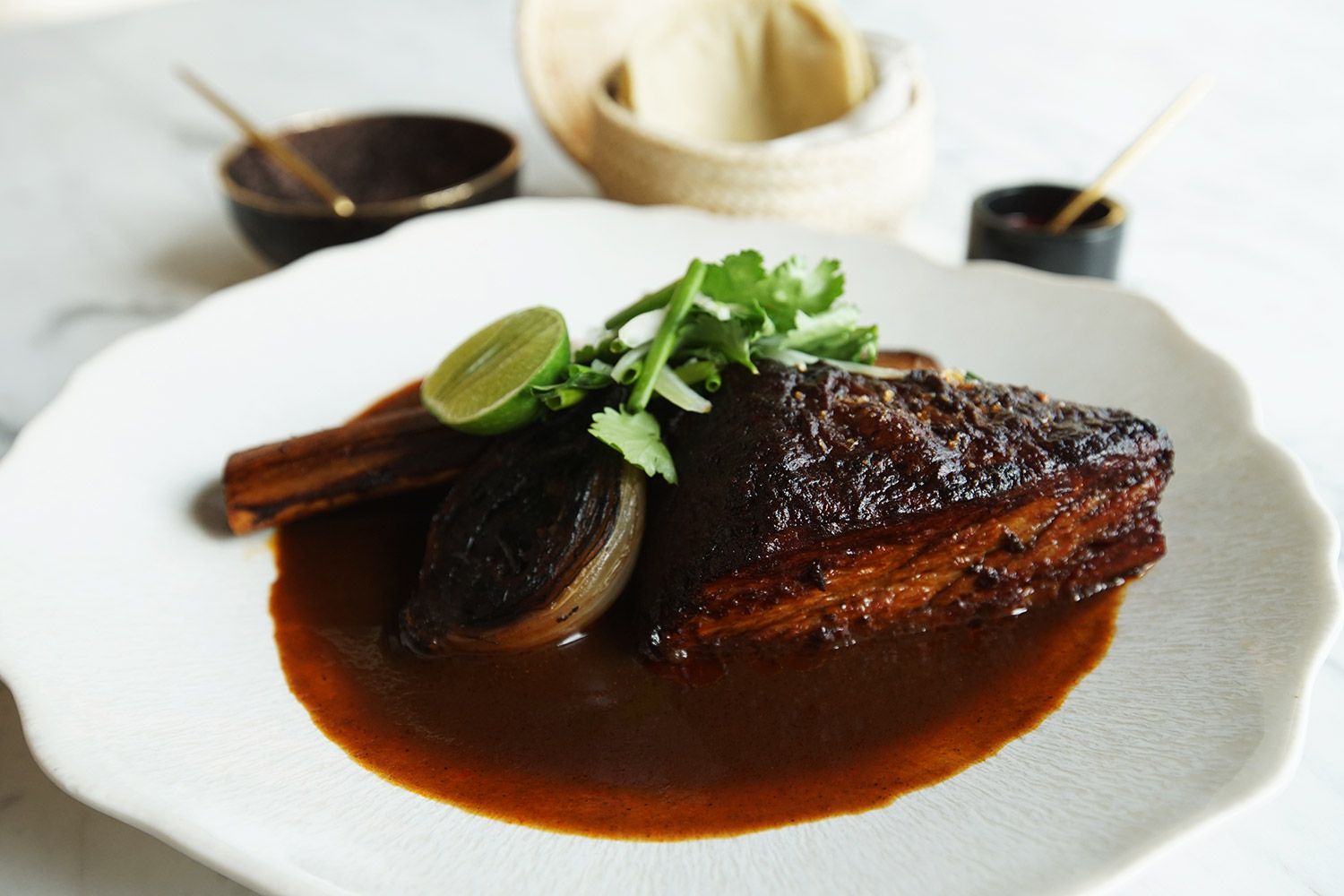 Although he hadn’t been to Asia a lot prior to opening Ojo, he had a sort of premonition with Thailand. He recalls, “When I was a kid, I used to go through the pages of Thailand The Beautiful Cookbook and dreamed about the country. Twenty years later and I’m here.” As a result of his research, he incorporates Thai ingredients while avoiding falling into the fusion food category. Thai herbs here and Thai chillies there. He adds “things that make sense” and this is evident in the dishes.

For a refreshing and flavourful start, Coconut ceviche (B420) more than does the job. You’ll get young coconut in fermented soy tiger’s milk (leche de tigre) and yellow chill served in a coconut on ice. The usually citrusy and acidic marinade becomes more mellow and slightly creamier. This vegan take on the famous South American looks as good as it tastes. To round out with crunchiness, slightly fried tortillas accompany the Peruvian yum.

Another highly Instagrammable dish is the Chiang Mai tomato salad (B380). It may look different from the one pictured here as flowers and vegetables will change according to what grows at the Chiang Mai farm that provides them but the base of juicy tomato, salted lemon oil and fermented chilli mayonnaise will be the mainstay of the savoury salad.

It takes chef Paco’s team 14 hours to make Birria (B2,500), a very popular dish from Guadalajara. Instead of using veal or goat, he chooses beef to give the dish broader appeal. The result is beef short ribs slowed-cooked in Jalisco adobo that falls off the bone. The flavourful sauce is made from chilli, dried ginger, cumin and marjoram to complement the tender meat. Soft tortilla, black bean paste and fermented chilli sauce accompany the ribs so you can make yourself flavourful pockets to really sink your teeth into. 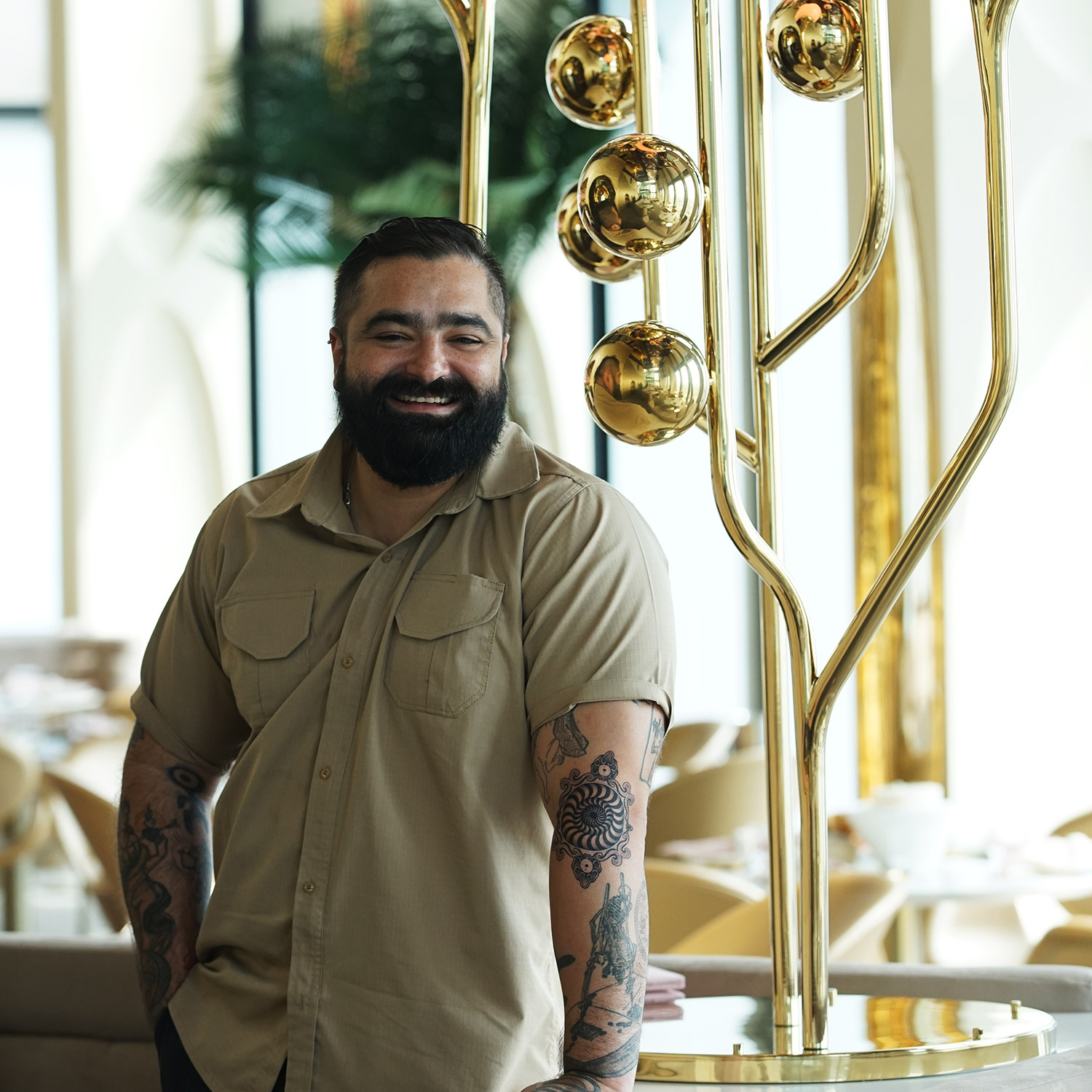 Chef Paco elevates rice pudding with Arroz con leche (B350) or simply milk and rice, to create a, in his words, “sexier” version. While I’m not sure about the sexiness, I would vouch that the dessert has many elements about it to enjoy. Soy milk flakes hide many surprises from caramelised sugar, crispy rice, vanilla cinnamon ice cream and toasted chocolate. Drink-wise, the bar is agave-based with a few labels of mezcals, tequilas and raicilla so you can come by for a few drinks on the terrace with an amazing view of Bangkok.

To match chef Paco’s eye-catching dishes, Ojo’s gorgeous interiors are envisioned by creative talent Ou Baholyodhin, who derives inspiration from a journey he took across Central America. This results in Ojo’s rich, jewel-toned aesthetics along with subtle references to the mysticism of Latin America’s ancient civilisations. Definitely a show of interior theatrical down to the restroom.

A meal at Ojo is an experience. It’s not every day that you get on Bangkok’s fastest elevator to the 76th floor to indulge in Mexican food in a glitzy atmosphere with an unmatched view of Bangkok. Ojo’s menu will continue to be an eye-opening experience since chef Paco promises updates on a regular basis to keep patrons interested (and salivated). Visit http://standardhotels.com/bangkok/properties/bangkok. 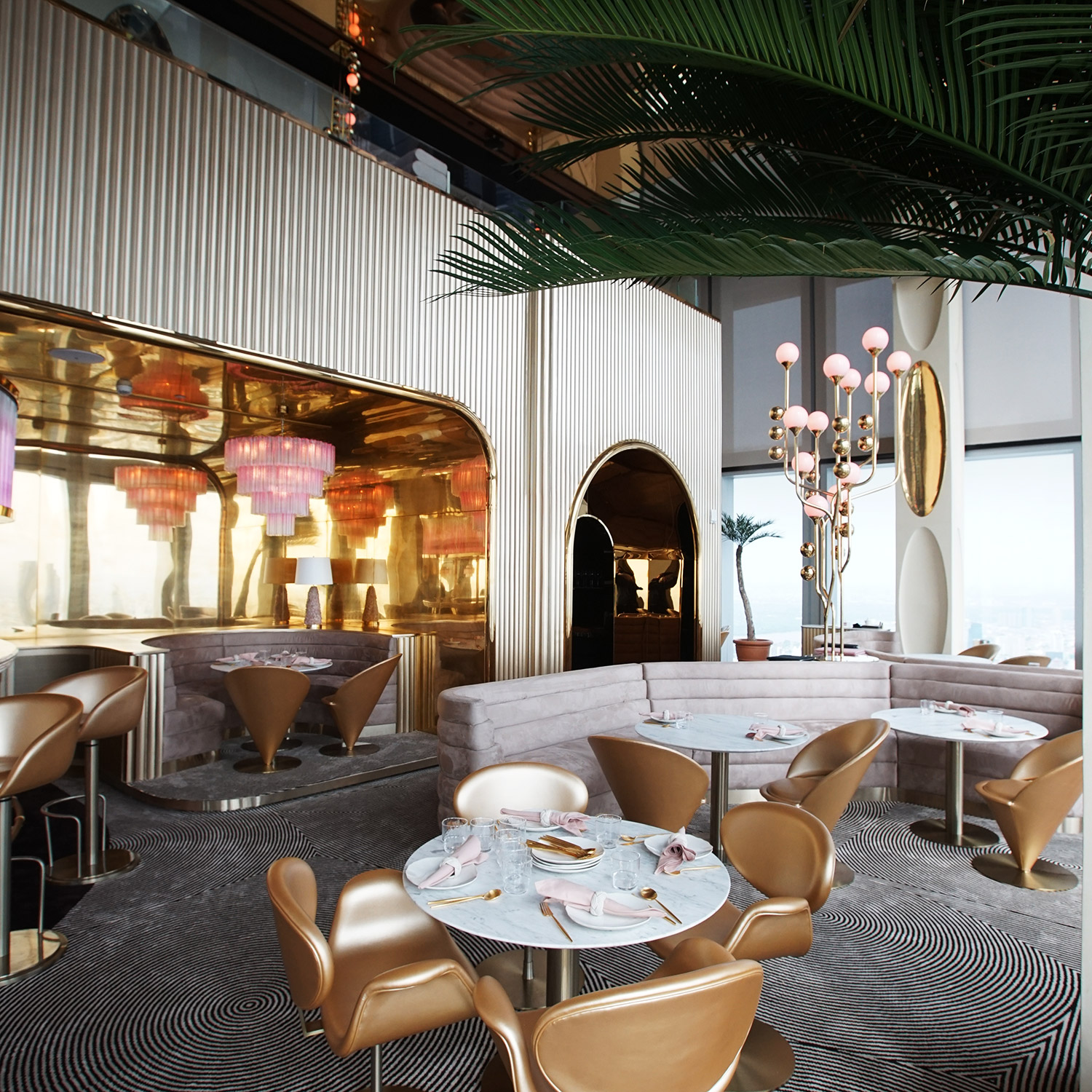