Adopted for the modern lifestyle

In the early years of the quartz crisis, Audemars Piguet stirred sensation along with criticism by introducing a stainless steel model, priced like a gold timepiece, at the 1972 edition of the Swiss Watch Fair in Basel.

The independent watchmaker looks back on the original Royal Oak and its reinventions to remain relevant over 50 years.

Former managing director Georges Golay revealed in an interview in 1982 how the Royal Oak was conceived following the suggestion of general agents who doubted the marketing value of gold alone for the promotion of luxury timepieces.

"They did ask us to design a stainless steel wristwatch more in tune with the way we live today. We had to invent a model both sporty and stylish in spirit, suitable for evening wear and for the daily activities of today's man of taste," said Golay. 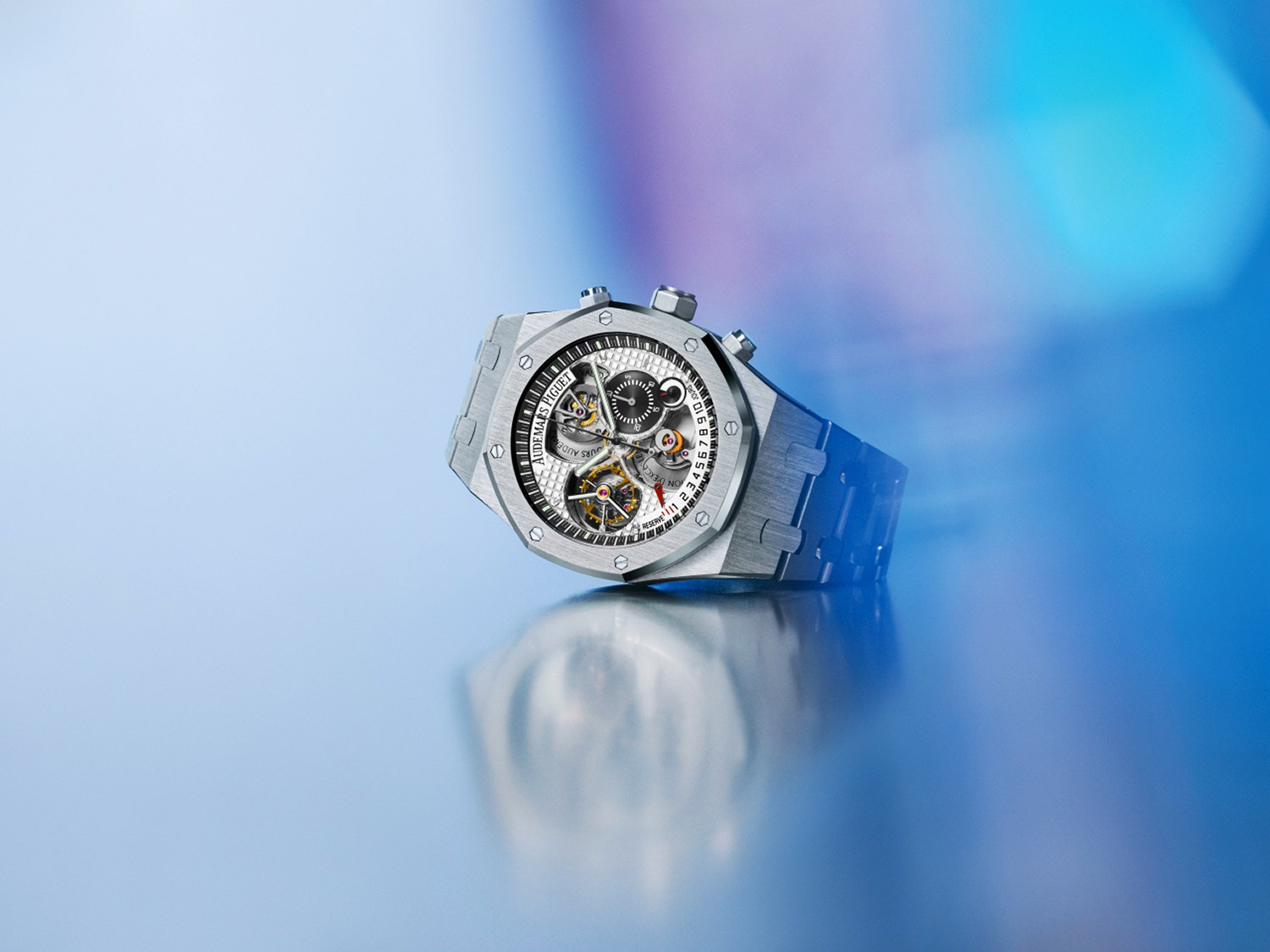 Platinum Tradition d’Excellence N°4 offers a power reserve of 10 days, thanks to its double barrel.

The resulting Model 5402, powered by the world's thinnest self-winding movement with a date indication of its time, revolutionised haute horlogerie in 1972.

It was named after the HMS Royal Oak, which takes reference from the tree in which King Charles II hid after he had escaped from the Battle of Worcester.

Despite sceptical clients as well as difficulties in manufacturing and delivering the watch's first examples, 490 pieces were sold in the first year.

Based in Le Brassus since 1875, the Swiss brand cautiously produced only this 39mm model nicknamed Jumbo until 1976, when a smaller 29mm Royal Oak, designed by Jacqueline Dimier, became available to women. 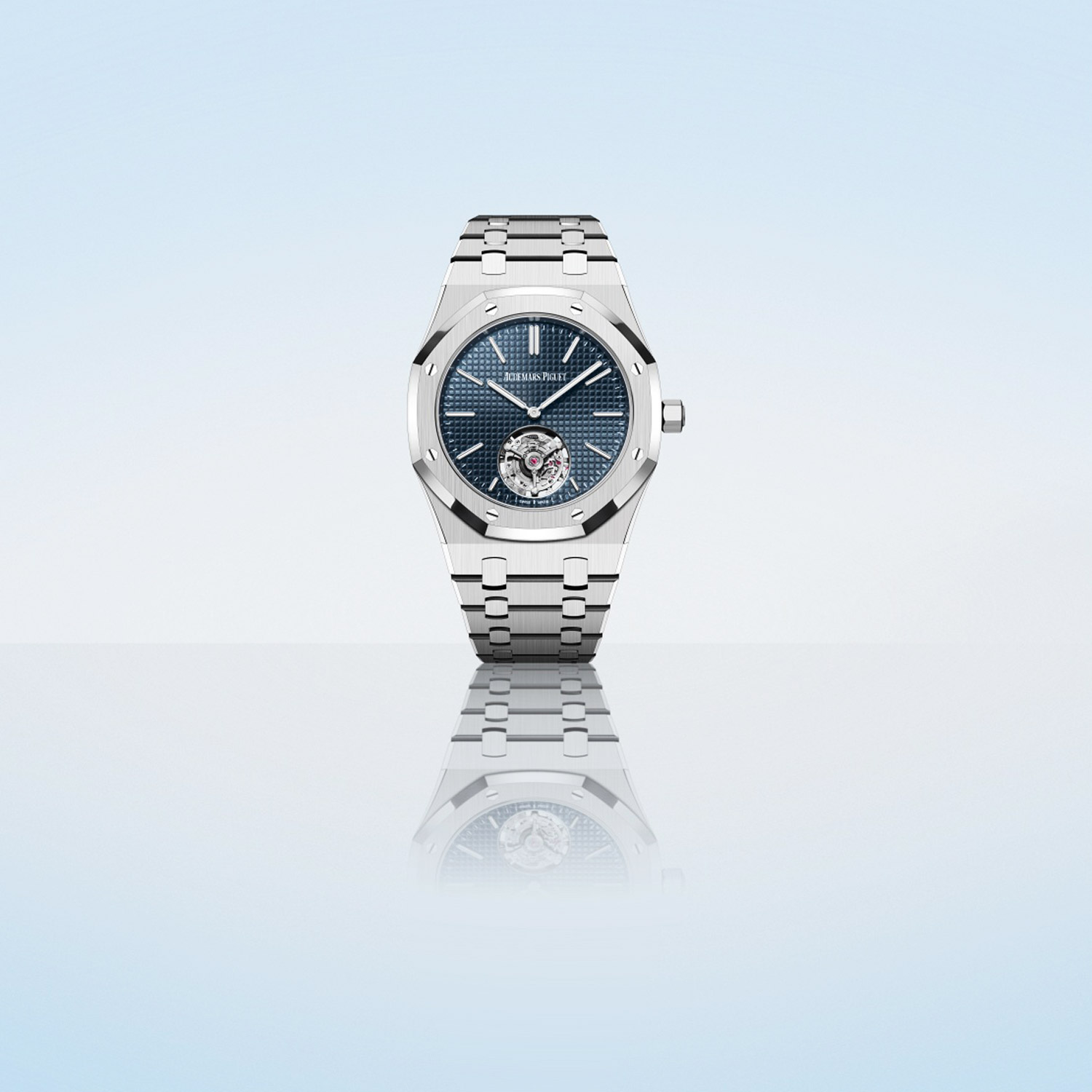 Reinterpretations followed in yellow gold, white gold and a two-tone combination of steel and yellow gold.

Even though Audemars Piguet had experimented with quartz technology, such as in the model released in 1978, the brand revived classic complications in Royal Oak models with multiple calendar functions, a perpetual calendar movement, and its openworked version, launched in the 1980s.

This decade also saw the Royal Oak in other sizes and precious materials, often accompanied by a gemset dial or bezel.

The proliferation of styles, diameters and movements continued into the 1990s. An atypical Royal Oak was fitted with a leather strap, and the case middle was hollowed out in the centre to allow the attachment by means of mobile pivot bars.

The Royal Oak Offshore debuted in 1993 in a 42mm case, which quickly appealed to a younger generation favouring an adventurous lifestyle; while the smallest 20mm quartz model was created for women in 1997.

That year, a Royal Oak Tourbillon with an octagonal-shaped aperture at 6 o'clock marked the 25th anniversary. Moreover, a chronograph and Grande Complication with a minute repeater, a perpetual calendar and a split-seconds chronograph were added to the collection. 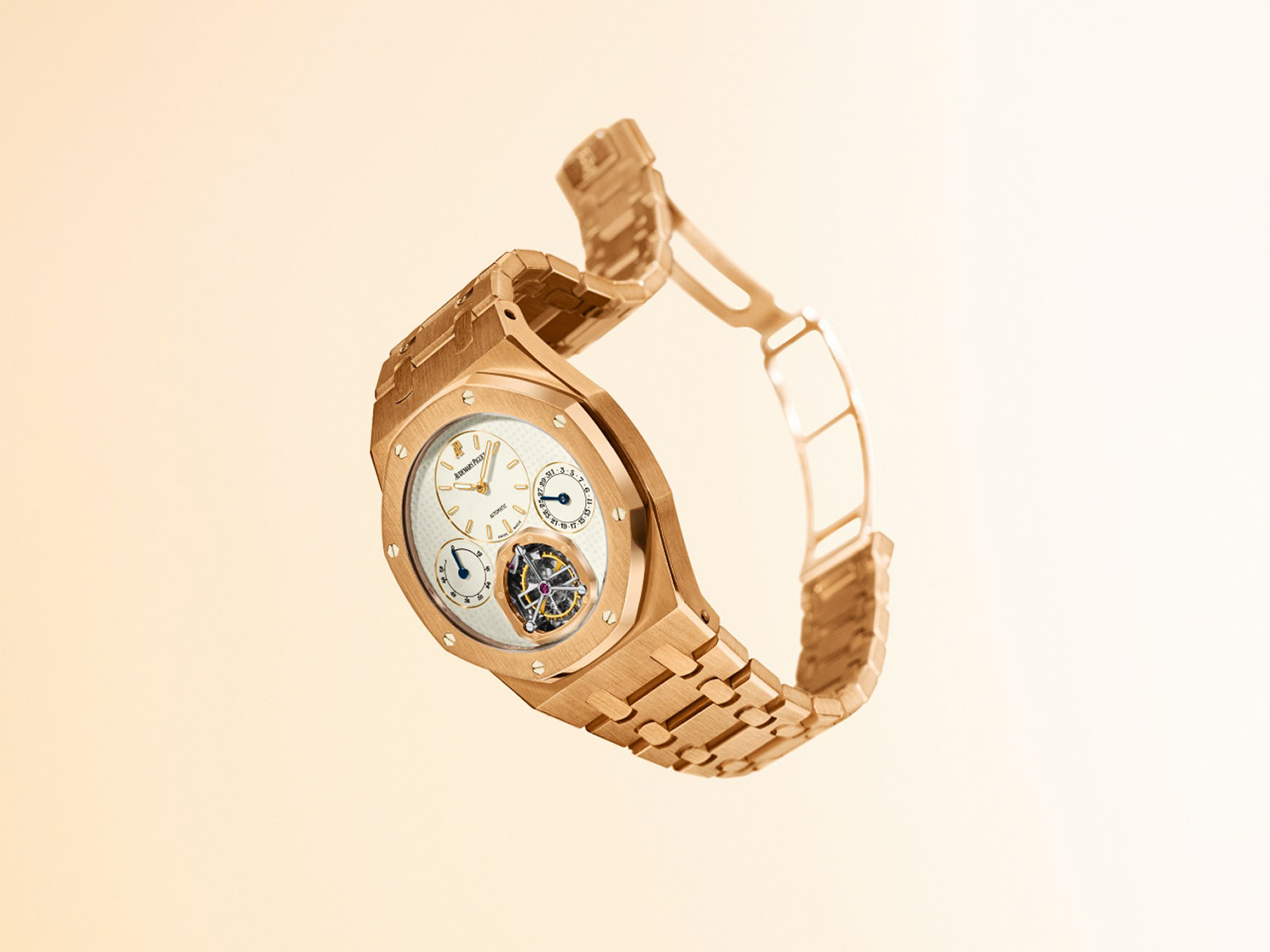 Pink-gold Royal Oak Tourbillon, from 1997, with an octagonalshaped aperture at 6 o’clock.

Complications were innovatively combined in the Tradition d'Excellence cross-collection series, launched in 1999.

The new millennium saw the birth of the Royal Oak Concept in 2002, in celebration of the 30th anniversary.

Inspired by concept car, the futuristic 44mm limited edition featured an Alacrite 602 case, titanium bezel, a shock-absorbing tourbillon bridge, and innovative functions such as a dynamograph.

An array of refined and ergonomic aesthetics, materials, dial animations and latest-generation movements have been incorporated into the 2022 collection, which include the new generation of 39mm Royal Oak "Jumbo" Extra-Thin watches and a model equipped with a flying tourbillon.

Regarding movements, Calibre 7121 replaces the historic Calibre 2121 while Calibre 2968 meets the added challenge of combining a self-winding mechanism and a flying tourbillon without altering the case's proportions. 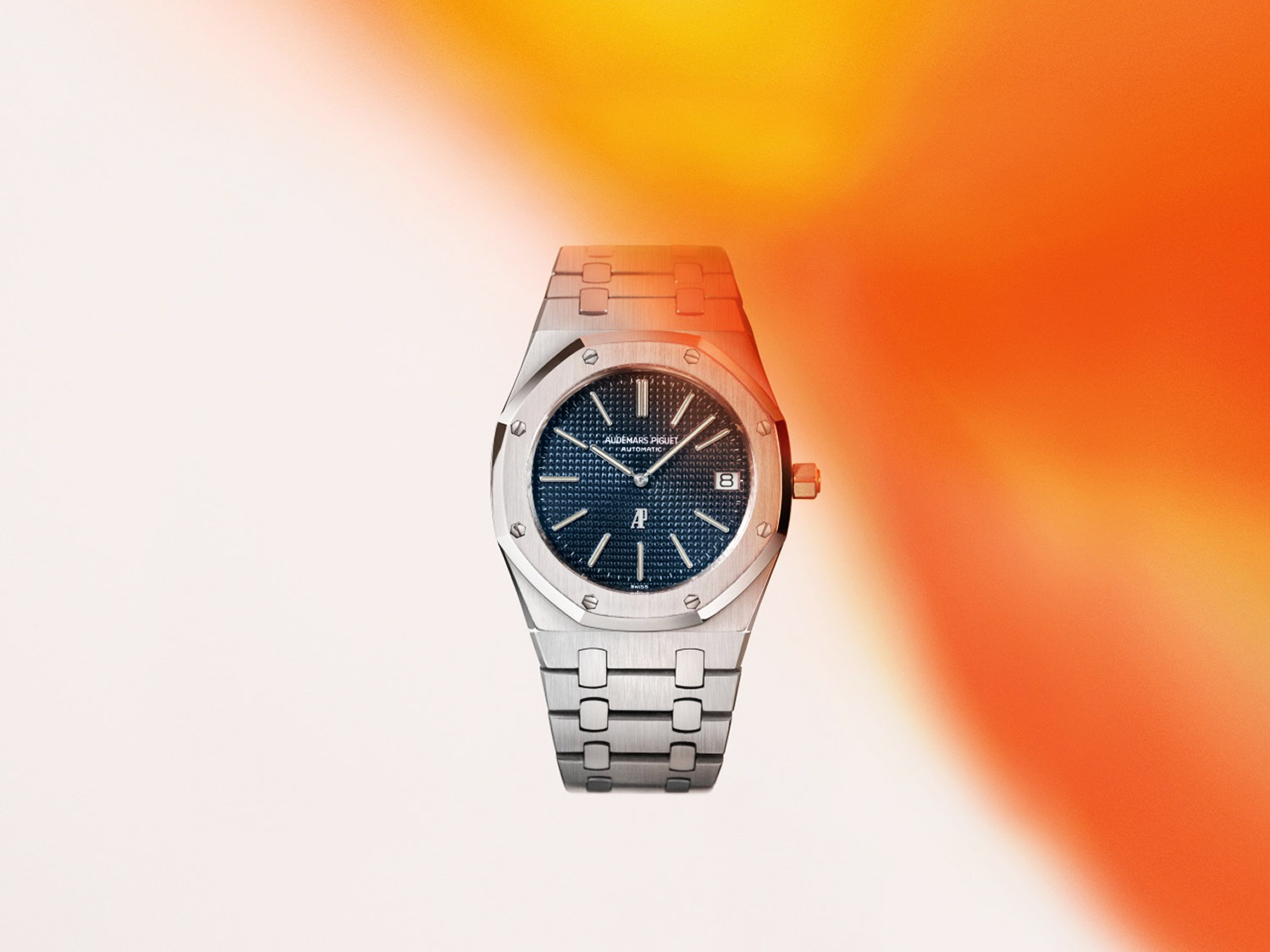 Original Model 5402 in a handfinished stainless steel body with an integrated bracelet. 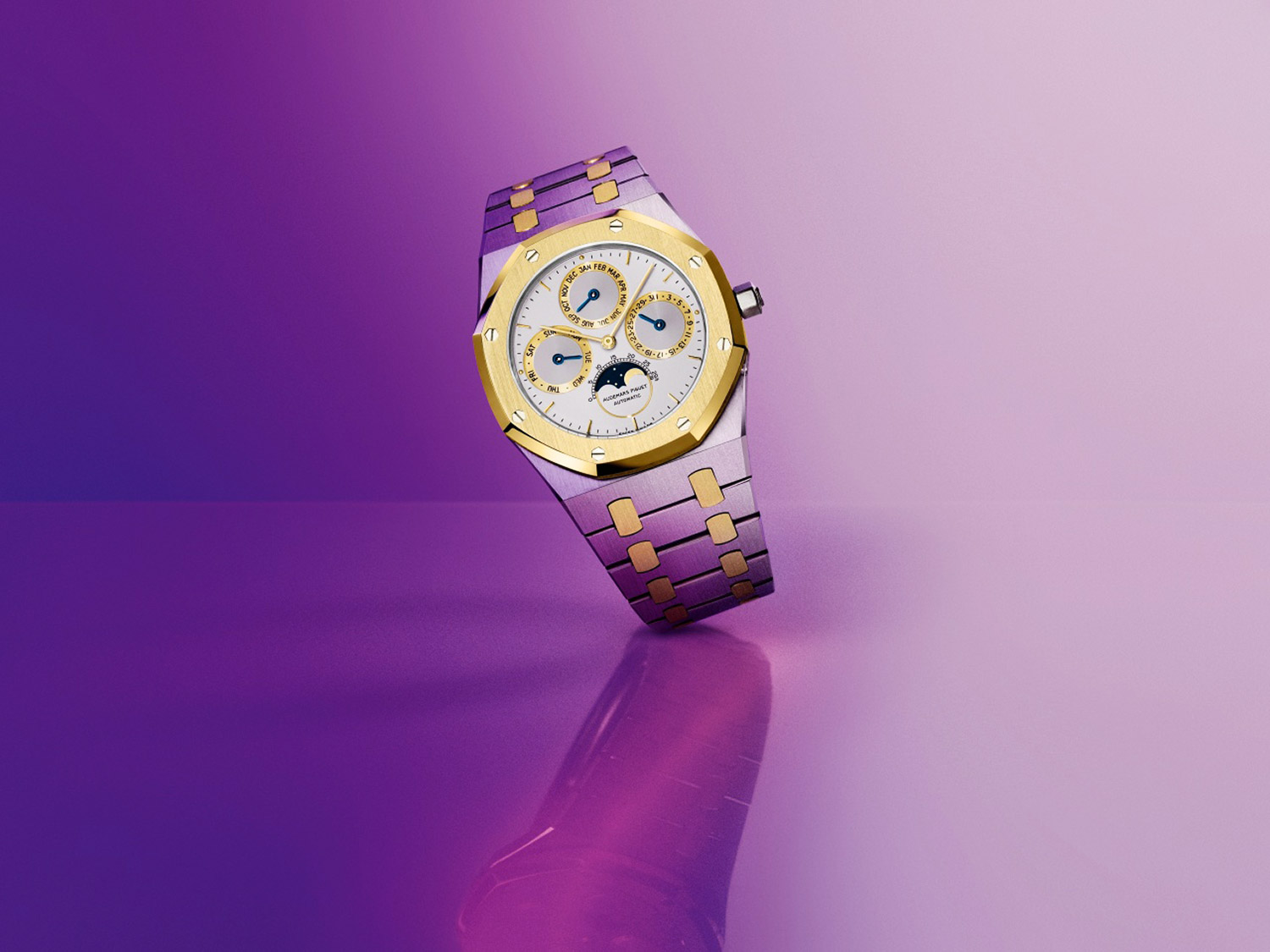