Belga Rooftop Bar and Brasserie at Sofitel Sukhumvit is taking Belgian cuisine beyond the fries, waffles, beer and chocolate, that is it most known for. The new menu, created by hotel executive chef Nicolas Basset, focuses on seasonal Belgian ingredients.

Going beyond the signature Moules Frites (small B590, large B1,090), which are pretty pretty good here, is the Crab and endive bites (B390). A mix of the Thai crab with Belgian endives, the crab is marinated with a bit of chilli, ginger, coriander and shallots, served with an avocado mayonnaise. Light, refreshing and a good way to begin any meal.

Move onto the Flemish Leek quiche with truffle (B390), which is filled with mushrooms, bacon, a bit of truffle and topped off with Brillat-Savarin cheese, which is one of chef Basset's favourite cow's milk cheese. A Flemish-style quiche is usually leek and potato, and sometimes bacon, in case you're wondering what makes the quiche Flemish. The quiche is drizzled with Belga's signature vinaigrette, which has ingredients like garlic and honey, and has sweet and sour flavours. Along with the cheese, it adds a bit of saltiness to the dish. Delish! 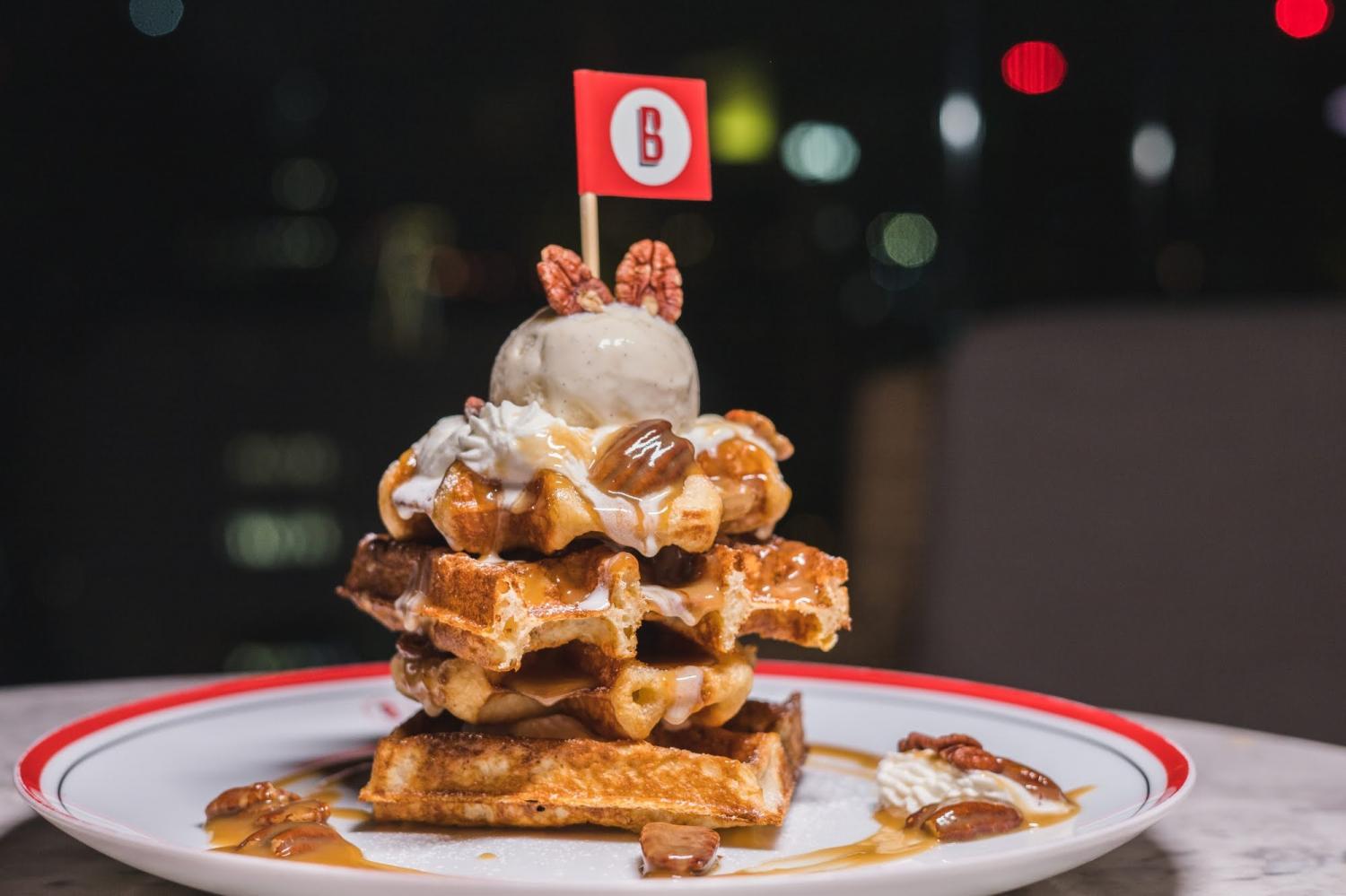 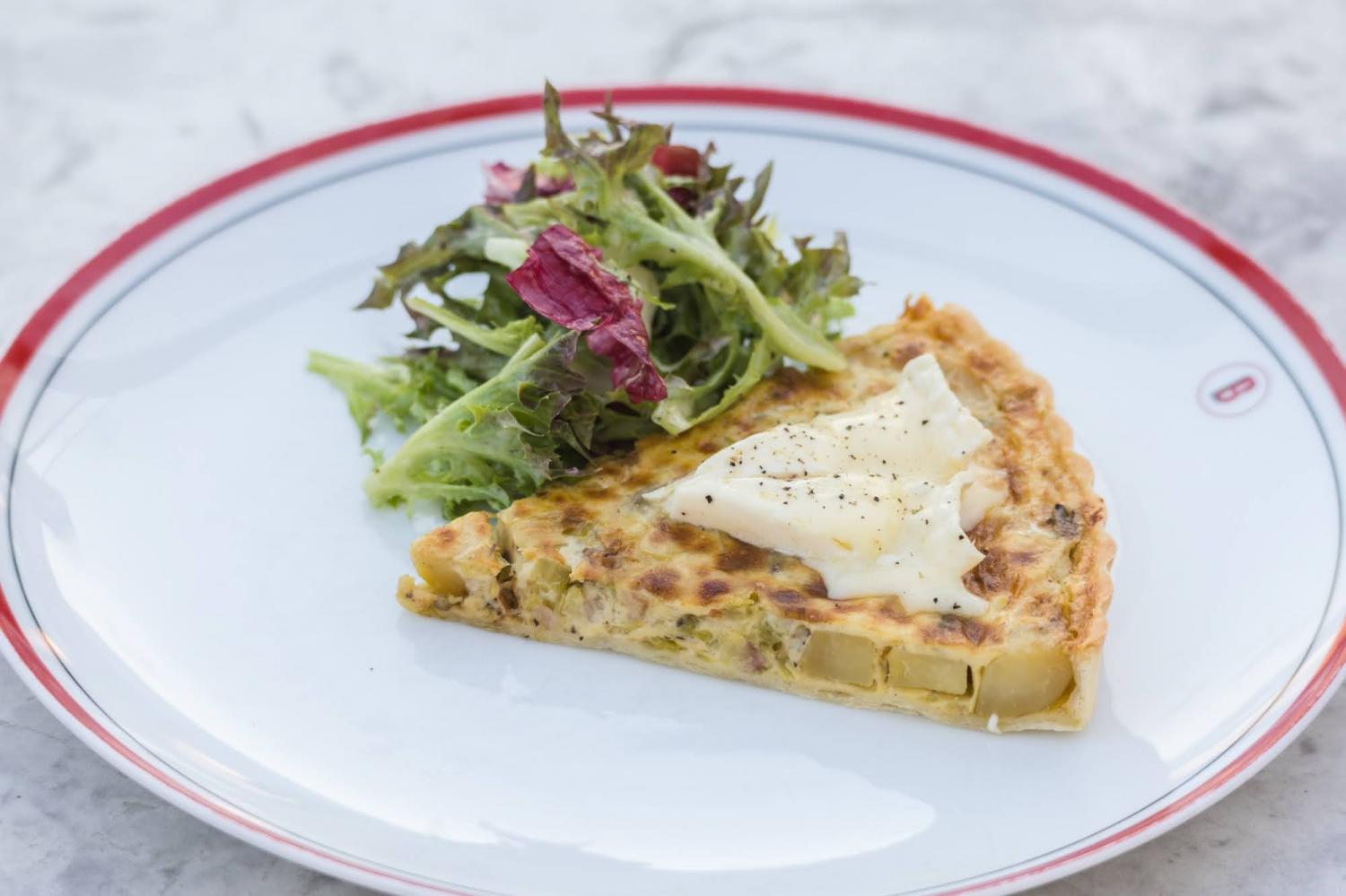 "We had many brainstorming sessions when deciding on this menu," says chef Basset. "We had to keep in mind what locals like, so the new menu has a lot of seafood but sticks to the character of Belga and Belgian food. Endives are fresh, crunchy and very Belgian. The blue swimmer crab is local, so that's a nice mix," he adds.

"Belgian food is very heavy and there aren't many light dishes, so we have to cater to local palates and this is just a continuation of it," the chef explains, which leads us to a soup. Though Bangkok weather at the best of times isn't really conducive to eating soup, on the 27th floor of the hotel, high amid the rooftops with spectacular city views, once the sun sets you're transported to another place. "The idea behind the Curried mussel soup [B290] is because we wanted to use the staple mussels but in a different form. Something with mussels and for guests who don't want to get their hands dirty eating the moules frites. While working in the UK, this was one of the first recipes I learnt. A curried mussel soup is very common in the UK. We use Madras curry powder with cayenne pepper so it's quite strong in flavour and the dish has no salt, because the mussels are salty by themselves. The soup has a bit of chicken stock for that extra hum and a bit of cream and butter," says chef Basset. The soup also has a hint of saffron, leek and potato.

I am not a fish person, but one of my all-time favourites is a sole meunière, made with the classic Dover sole. "The Dover sole is a famous fish in Belgium and in the past we've had the classic sole meunière but I wanted to do something different," says chef Basset. The Pan-seared fillets of Dover Dover sole (B950) are "dressed" with a tomato, olive and basil relish. A light dish for those warm tropical nights, amid the lights beyond.

It wouldn't be Belga without the frites and the Barbeque-style pork ribs (small B790, large B1,490), which are dry-rubbed over night and braised with beer and finished in the oven with a BBQ sauce. The ribs are served with housemade coleslaw and duck fat potatoes (yum). And all these dishes are well accompanied by beers brewed in Belgium. The 10 draught and 50 bottled beers, including Duvel. Selection includes ales, pils and trappist (beers brewed by monks at monasteries in Belgium).

To end on a sweet note, order the Dame Blanche (small B250, large B390) which is the Belgian (or Dutch) version of a sundae, and consists of vanilla ice cream, Chantilly, peanut praline, rum and a generous slather of Belgian chocolate sauce. Lots of sauce. Savour the new menu from 5pm onwards. Visit belgarestaurantbangkok.com. 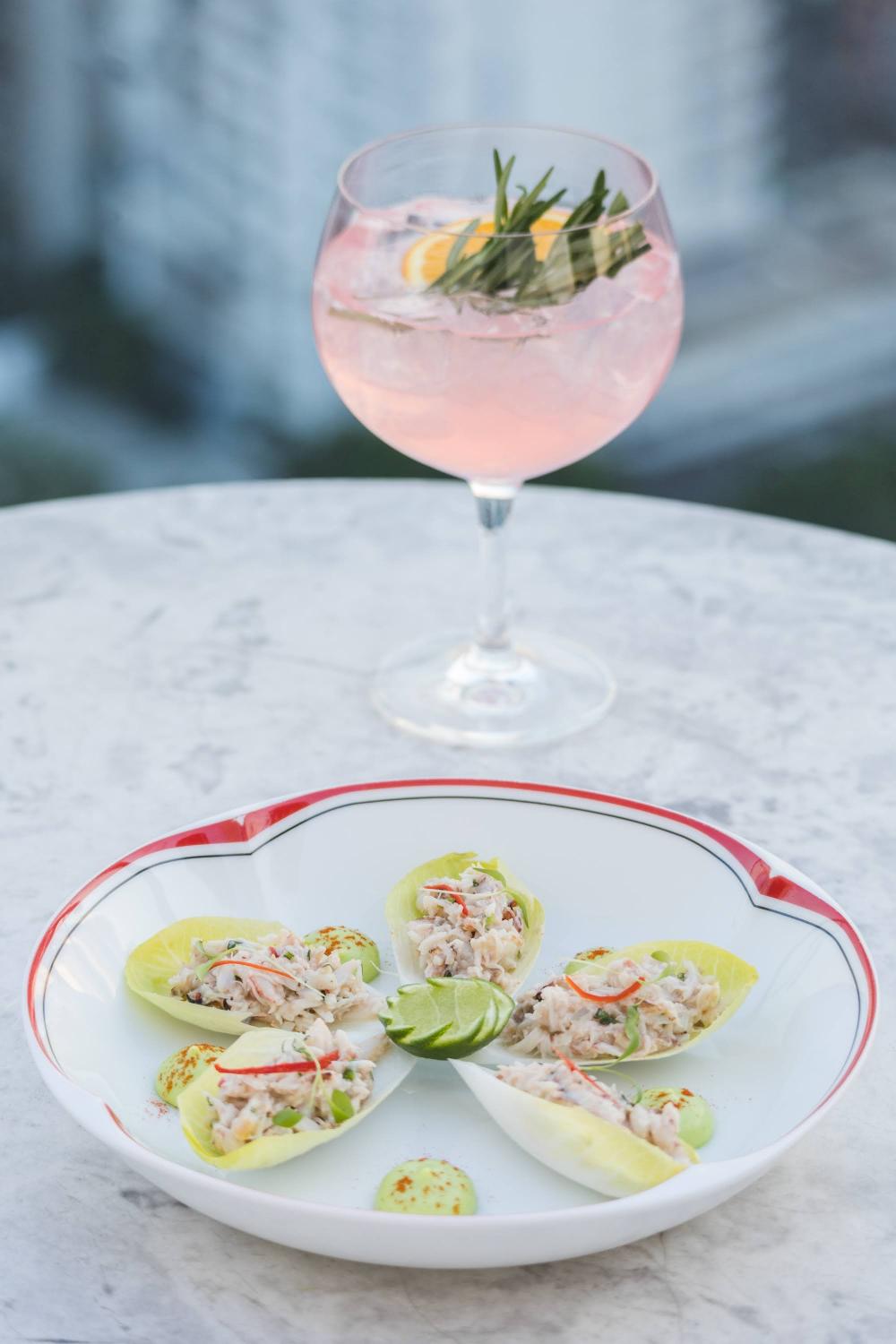