Jatenipat Ketpradit, aka JKBOY, works full-time in interior design and spends his leisure time taking photographs in remote areas such as the Altai Mountains in Mongolia, Siberut Island in Indonesia and Ethiopia.

Jatenipat's photographs are mesmerising, capturing exotic cultures of different tribes in isolated areas. His photo series of reindeer herders in Mongolia and tribes in Ethiopia recently won three Gold awards from the One Eyeland Photography Awards in people culture ("The Reindeer People" and "The Ethnic Earth") and people portrait ("Ethiopia – The Ethnic Earth"). Jatenipat also won a gold award for amateur photographer of the year. His works have been published in local and international magazines such as Lonely Planet, Digital SLR Photography and National Geographic.

On view now at RCB Photographers' Gallery 1-2 of River City Bangkok are photos of indigenous people at his first solo photo exhibition "People And Their World". The exhibition is arranged chronologically from the first group that Jatenipat met from Burgedchin, the Eagle Hunters, a group of hunters living in the Altai Mountains who inherited the use of golden eagles to hunt prey for more than 250 years; the Tsaatan or "reindeer people", a nomadic group living on the Mongolia-Russia border; the Mentawai people living on the remote island of Siberut in Indonesia; and Ethiopia's Hamar, Mursi, Suri and Karo tribes. 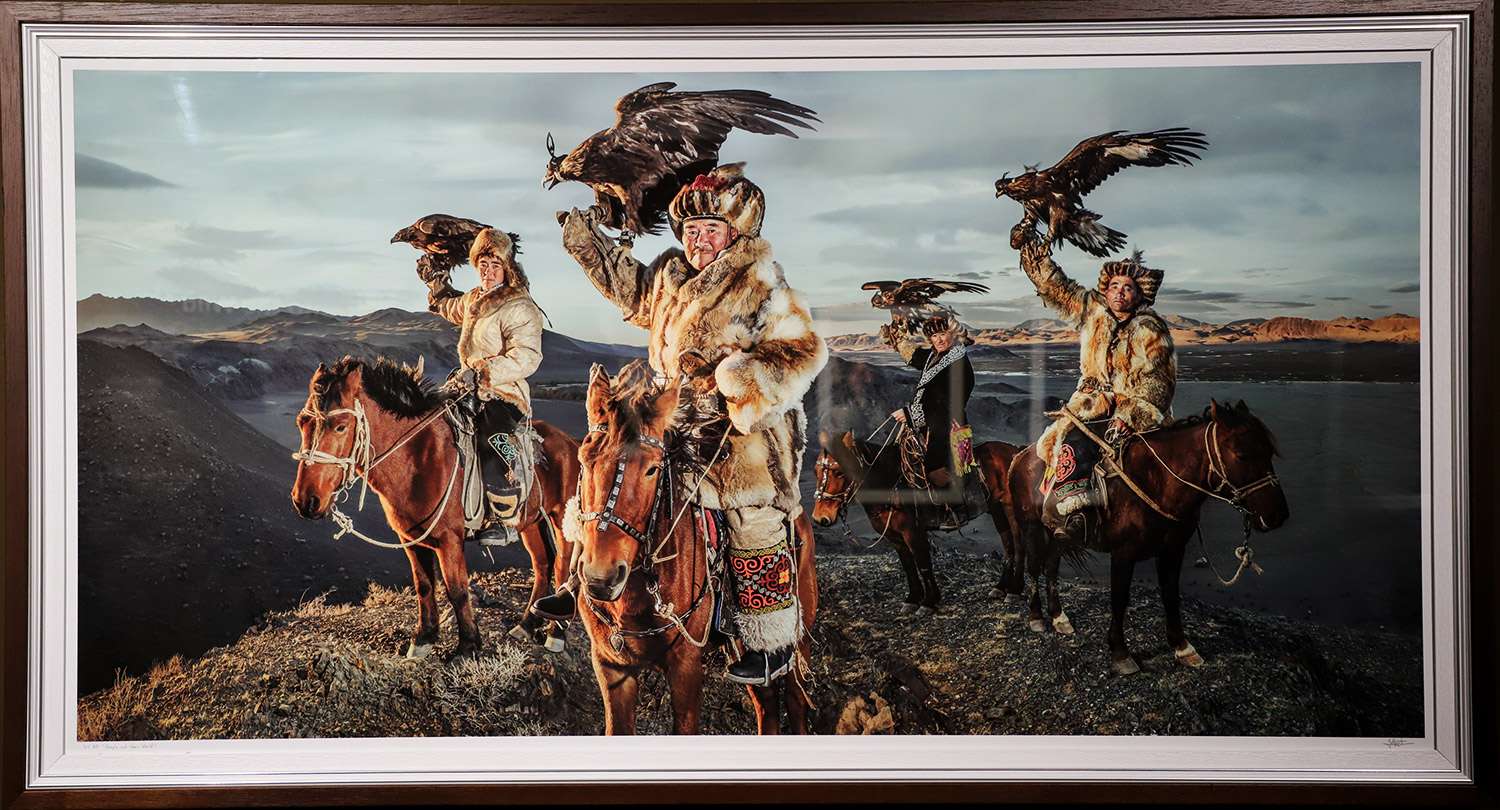 "During the Covid-19 pandemic, I could not travel and heard news reports about the number of deaths from the virus. I was thinking that I should organise a photo exhibition before I die. Also, when I started taking photos I looked up to experienced photographers as my role models. Their photos inspired me, so I hope visitors may be inspired by my work," Jatenipat said.

Jatenipat's photos are impressive with combinations of poses, documentary visuals and spectacular sceneries. At the exhibition, many photos were printed to the actual scale of the subjects, creating a sensation of actually meeting the tribespeople in person.

"I wanted photos that are bigger than computer monitors and mobile screens; which can make a stronger impact on viewers. Viewers will feel like tribal people are right in front of them or looking at them. I am satisfied with the exhibition; I feel like I travelled back to those places again," he said.

Life spoke to Jatenipat about his adventures and the hard work behind the exhibition.\

Why did you decide to take photos of tribes?

I started from travelling in India and went to Maha Shivratri, a Hindu festival, where yogis around the world gather. I was interested in the exotic textures on the yogis' bodies since those textures can tell stories. I feel that when I capture photos of yogis, the lines and scars on their bodies as well as their clothes can tell stories of their cultures.

Why were the Eagle Hunters the first group that you photographed in the tribe series?

They live closest to Thailand. In the past, we could fly directly to Mongolia by Thai Airways in five hours. I was interested in the history of the Altai Mountains. I saw a photo of a male Eagle Hunter on the BBC website and wanted to have the same kind of photo. I found information for a guide from Lonely Planet, contacted him and flew to see him in Mongolia. I wanted the guide to help me look for the guy in the BBC photo and other Eagle Hunters, so that I could photograph them. We drove around the mountains to find photo locations and made appointments with Eagle Hunters for a shoot. After that, the guide used locations that I picked for my background shoots as tourist attraction spots. Many Eagle Hunters who worked in the city returned home after tourists began visiting the tribe.

After the first trip, how did your work evolve?

In the past, models stood very stiff without any emotions. I didn't carry enough batteries. After that, I carried 10 batteries and came out to charge them every two days. I needed to plan better for the photo shoots. I needed to be aware of where to take photographs in the morning and evening for the best natural light. During the day, I photographed portraits in their shelters.

What factors influenced your decision of which tribe to photograph?

I look for tribes that have never been photographed before -- tribes that people are not familiar with and tribes that are difficult to get to. I saw photos of the Tsaatan, or Reindeer People, during my trip to Mongolia. I contacted a guide to help me find these people. Since they are nomads living on the Mongolia-Russia border, we had to drive and continually ask for help in finding them. We had to communicate with the Tsaatan chief and gifted him vodka and cigarettes. Unfortunately, there was a snow storm, so we had to leave immediately. If not, the road would be shut down. I returned there another winter because I wanted to capture the white atmosphere and photograph the reindeer with their beautiful antlers.

Which tribes were the most difficult to visit?

The Mentawai tribe on Siberut Island in Indonesia and the Tsaatan on the Mongolia-Russia border. We had to take a 12-hour ferry trip from Padang city to Siberut Island and then paddle four hours by boat to meet the Mentawai. It was raining and on the way we saw some pythons and crocodiles. When travelling to find the Tsaatan, we had to drive on gravel roads for three days before reaching them.

Were there any unexpected incidents during your trip?

There was a tyre blowout while we were in Ethiopia. After changing the tyre, we were tired and it was dark, so we set up a tent and took a bath in the river. There were many fireflies; we felt it was a beautiful night. However, the next day, we saw a sleeping crocodile near the river that we had bathed in. It was a surprising discovery. 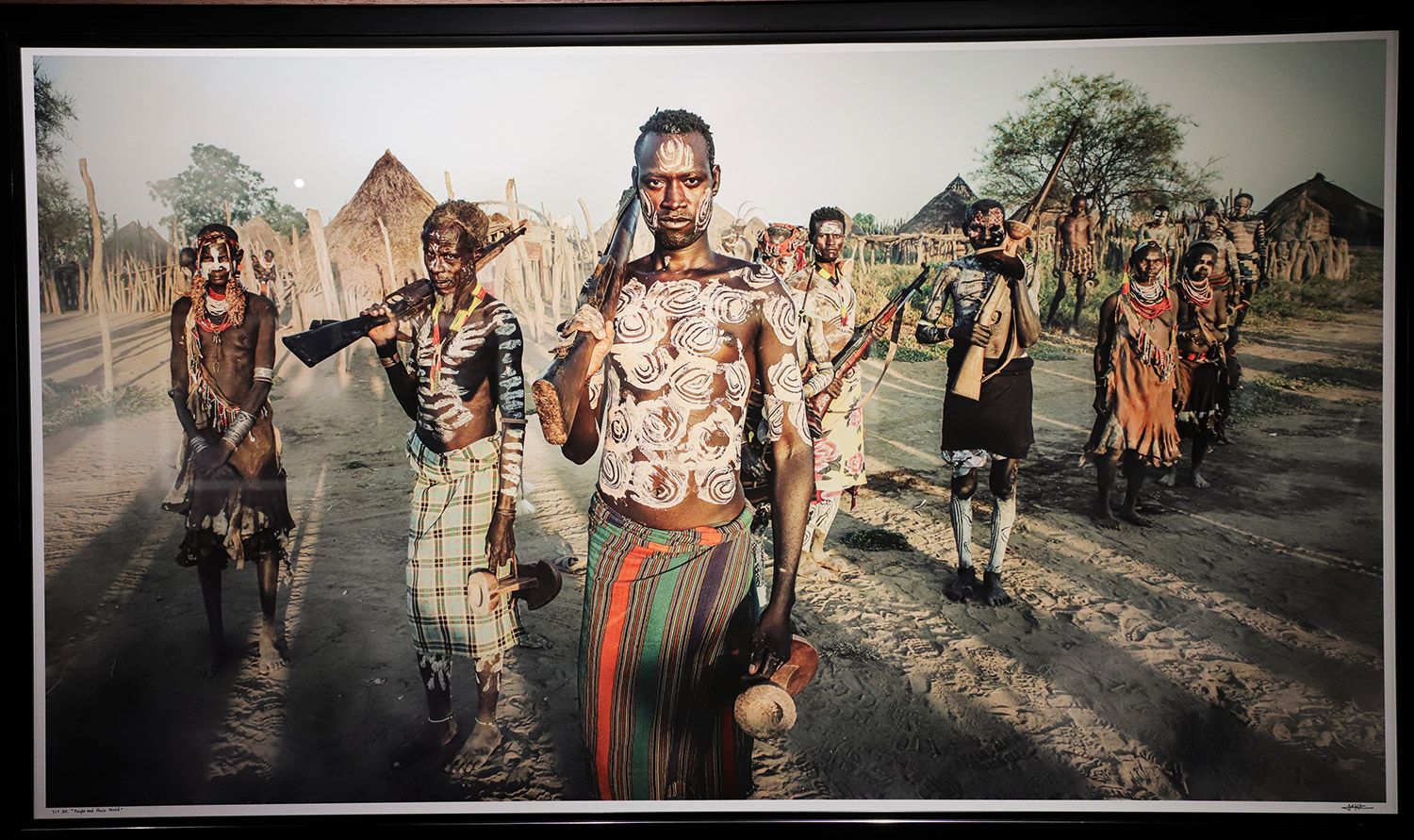 The Karo tribe in Ethiopia.

Did you ever experience a culture shock?

When I visited Mongolia the first time and they cooked the head of a goat for me. I was stunned to see them kill a goat and serve me the boiled head. This dish is cooked for an honoured guest, so I had to eat it, but it was delicious.

Can you tell us about the photos of the Hamar tribe in Ethiopia?

Scars on female bodies are their identity. Women will give men branches and the man will use the branches to beat a woman he likes. A woman who is beaten by many men means she is very beautiful. A woman who has many scars means she is very patient and charming. If a woman with many scars wants help, people will help her because she is patient and has pride in her tribe.

What did you learn from taking photograph of so many tribes?

After I travelled and discovered unfamiliar cultures, I realised that things that I thought mattered did not affect me when I was in other places. I was burdened with irrelevant ideas and traditions. I discovered that I am a tiny spot in nature. I learned to be more humble and more open to new ideas and people.

"People And Their World" runs at RCB Photographers' Gallery 1-2 of River City Bangkok until June 30. Admission is free. For more information, visit facebook.com/RiverCityBangkok.