Tucked away in Tehran's famed Grand Bazaar, Iran's oldest pistachio wholesaler quietly prepares a small revolution -- he will hand his business to his youngest daughter, in a trade dominated by men.

Abbas Emami, 88, began working for his own father at the age of 15. More than seven decades on, bags of pistachios at the family shop are emblazoned with the slogan "over a century of experience".

He does not know exactly when his family first got into the business.

But "my father worked in the nut shop of my maternal grandfather, before striking out on his own," Emami recalled.

"I helped my father during the day, and I studied by night," he said. "It took me a decade to learn the secrets of the trade."

Emami is now in the process of transferring that expertise to his 50-year-old daughter Marjan, who will also take over his firm, Shams Roasted Nuts. 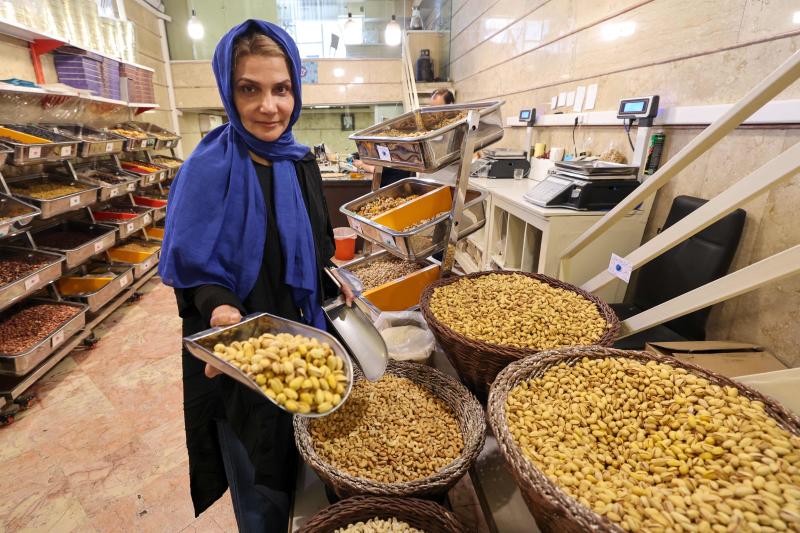 The pistachios are generally grown in the provinces of Kerman and Semnan.

Every two or three months, agents working on behalf of the growers come and place orders.

Competitors attest to the fact that Emami -- who took over the business from his father in 1975 -- is the oldest pistachio wholesaler in town.

Iran's last pistachio harvest, in October, yielded 280,000 tonnes, of which half was consumed at home and the rest exported to around 75 countries.

The exports brought in the equivalent of $900 million, making the industry a sizeable contributor to Iran's economy.

Emami is reluctant to divulge too much about the know-how he is passing on to Marjan.

"It's important to buy at the right moment," he said, adding that adequate refrigeration was also important.

Marjan, who first took on duties in her father's shop owing to concerns about his vulnerability to coronavirus, was a little more forthcoming.

"Sourcing the product at the right price is not easy," she said. "It's crucial also to monitor processing, hygiene and storage."

Iran is one of the top three global consumers of pistachios, after Turkey and China, and demand is particularly high during Nowruz, the Persian new year celebrations.

"With the spread of the coronavirus, my father was not able to come" to the shop, said Marjan. "So, during Nowruz, I stood in for him with my own two daughters, starting as a cashier and then staying on."

Roasting the nuts is a crucial part of the process.

A few streets away from Emami's shop, in the Ahangaran district of the capital, 80-kg bags of raw pistachios are piled high.

"Once the drum has been cleaned with coarse salt, we roast the pistachios before mixing them in a blender with salted water or saffron, before drying them," said Majid Ebrahimi, 31, who roasts two tonnes per day. 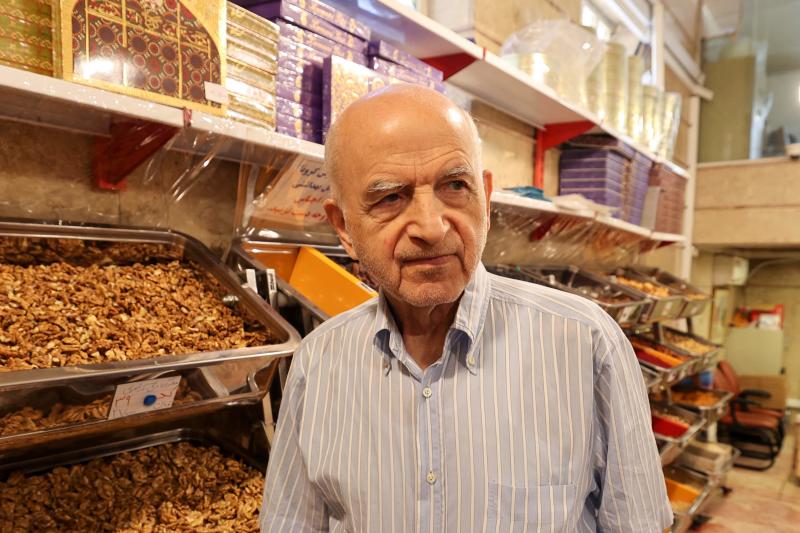 The pistachio trade has evolved considerably since the 1950s, according to Emami.

"At the time, the pistachio trade was a domain of the rich. When I was an adolescent, there were only four wholesale trading houses. Today, there are 10 times that number," he said.

"It became more accessible in the 1950s. Part of the population grew wealthy and so the clientele grew. I still have around 100 clients," he added, sitting in the back of his shop, below a black-and-white photo of his father.

But despite working for more than 70 years, he is not quite ready to relinquish the reins to his daughter yet.

"First of all, it is necessary to learn," he said, with a mischievous smile.

"It is not an easy trade, but she will learn."