MCU delights with a new face in Ms Marvel

The days of superheroes being limited to one ethnicity are over. In the past few years, it seems that Marvel and Disney have realised that audiences want more stars to look up to. Last year, we saw Shang-Chi And The Legend Of The Ten Rings become the latest record-breaking Marvel Cinematic Universe (MCU) movie that gave Asian actors an opportunity to be a superhero, the same that Black Panther (2018) and Captain Marvel (2019) did for black and female-led casts.

MCU continues to grow, as there is now a new female hero in Ms Marvel, a six-episode limited series on Disney+ about a 16-year-old Pakistani-American high school student and Avengers fangirl. She struggles to fit in until she gains her own superpowers. The third episode recently premiered on the service, with new episodes expected every week until July 13. The series will also serve as a set-up for next year's release of The Marvels. As we're now halfway into the series, Ms Marvel is an entertaining ride with its refreshing depiction of Muslim practices and a Pakistani family.

In Ms Marvel, Iman Vellani stars as Kamala Khan, a Muslim-American teenager growing up in Jersey City. She's an avid gamer and a superhero fan who adores Captain Marvel. She's got posters, costumes and even has an entire YouTube channel that's about how great Captain Marvel is. Yet, Kamala feels like she doesn't fit in at school and sometimes at home. That is until she comes across superpowers like the heroes she's always looked up to.

From the first episode, which goes out of its way to help us get to know Kamala, you can tell that she's a free spirit stuck in a family full of rules and expectations. Kamala seems to have a lot more on her plate in the second and third episodes, as her to-do list in the current story includes superpower training, investigating her old family secret and developing a romantic crush on Kamran (Rish Shah). However, that complicates the relationship with her best buddy Bruno (Matt Lintz). These relationships add new mysteries to the mix and maintain the vibrant aesthetic established in the premiere. 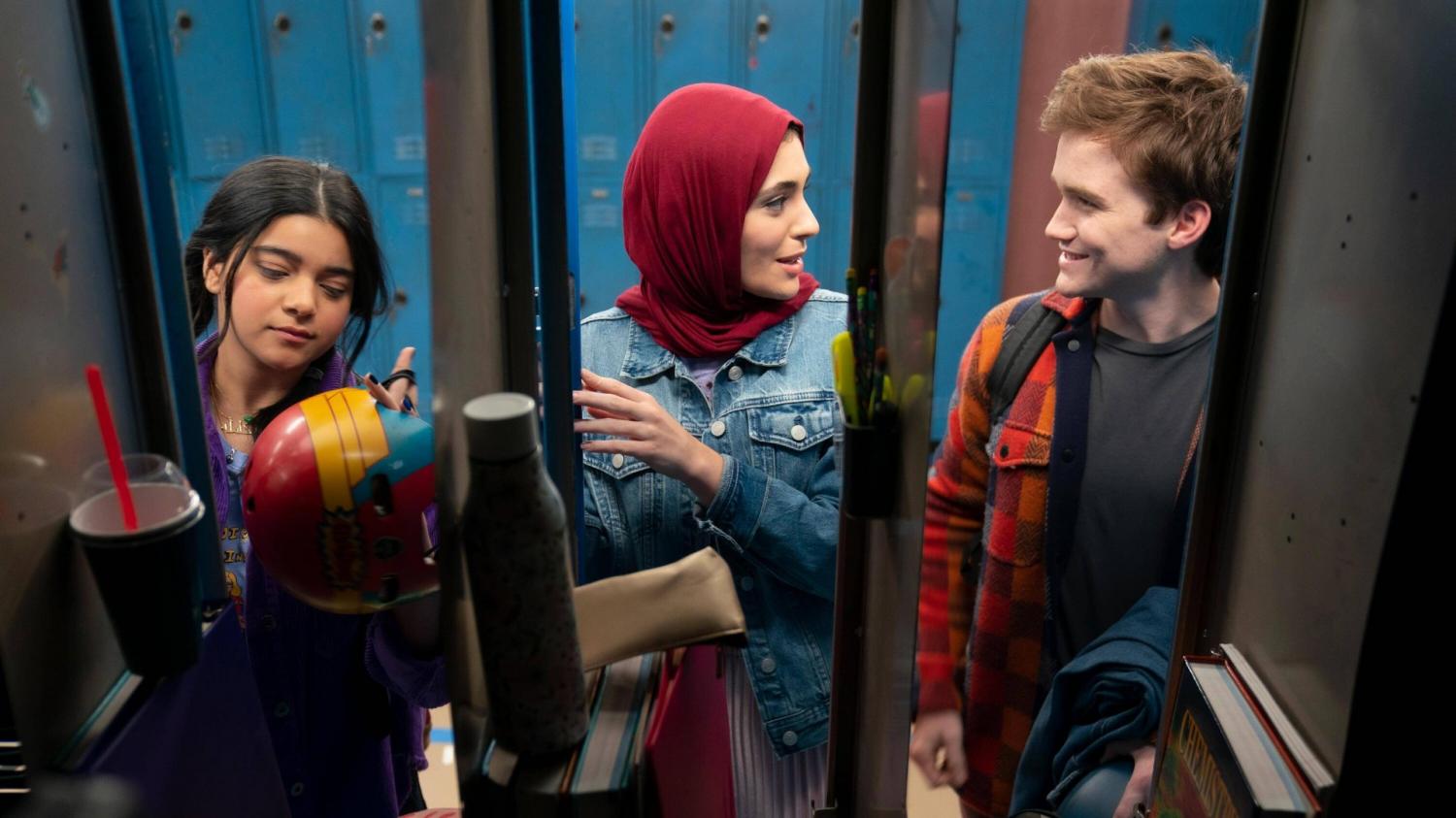 Whether you're going to like this show or not depends on what kind of expectation you have. I mean, if you understand that Ms. Marvel is geared towards younger audiences and families, then you may actually have a good time binge-watching. There are many coming-of-age storylines, finding one's place in the society and wanting to be accepted. In a way, Ms. Marvel feels very much like Spider-Man: Homecoming on the small screen.

The visuals in this show are fun and colourful, and the music is on point. The art reminded me of Scott Pilgrim Vs. The World (2010) with the way it presents certain things like text bubbles popping up next to a character when someone's on their phone, or how we see animated graffiti appear on the side of the wall while the characters walk by. There's lots of playful stuff going on here.

Apart from the action and comedy aspects, what made Ms. Marvel unique from other superhero stories is the portrayal of religion and family issues, which are spot on culturally. The show is also considerate and respectful in balancing the dynamics between following your purpose and honouring your parents and your place in the community. However, this show is not a judgement or a criticism of that particular way of life, but rather an exploration of how those values can factor into the whole saving the world business. Much like WandaVision, Loki and Hawkeye, phase four of MCU on television is still as exciting as ever, and Ms. Marvel is already making a strong case for Kamala Khan as an exciting new addition. This story includes some familiar elements of a teenager struggling to figure out the path ahead, cultural differences, the teenager's Muslim faith and her parent's expectations, all of which offer a new perspective. 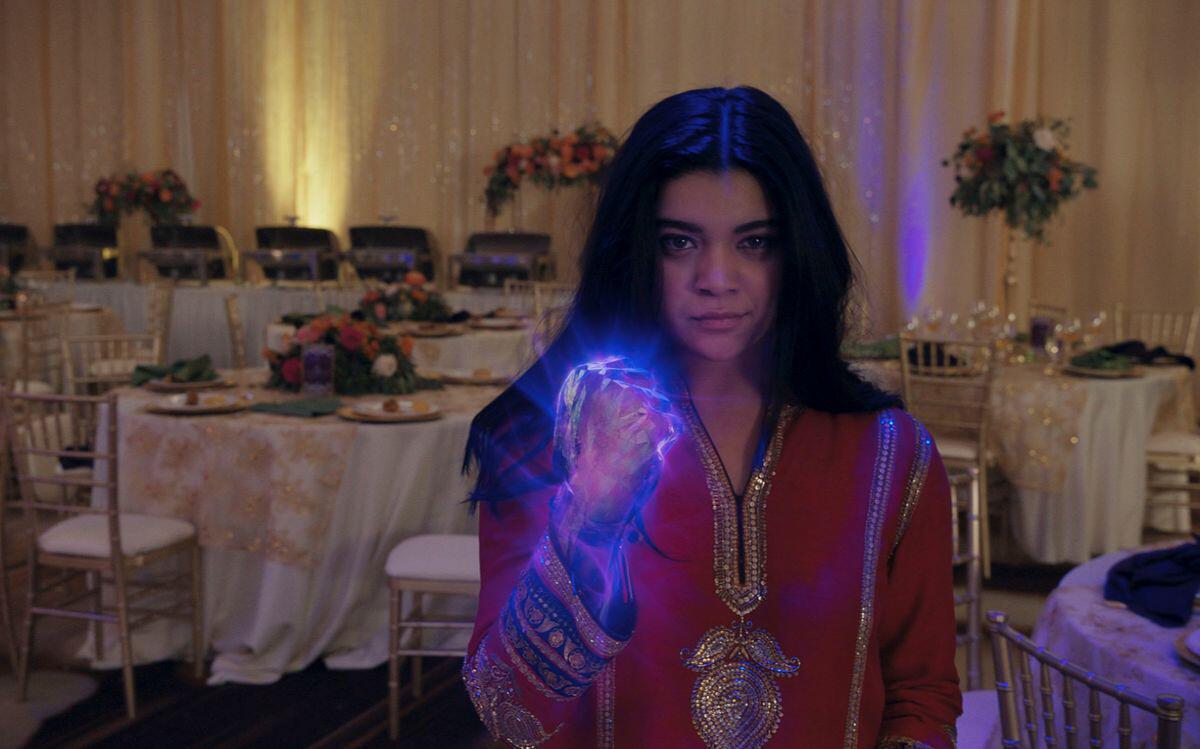 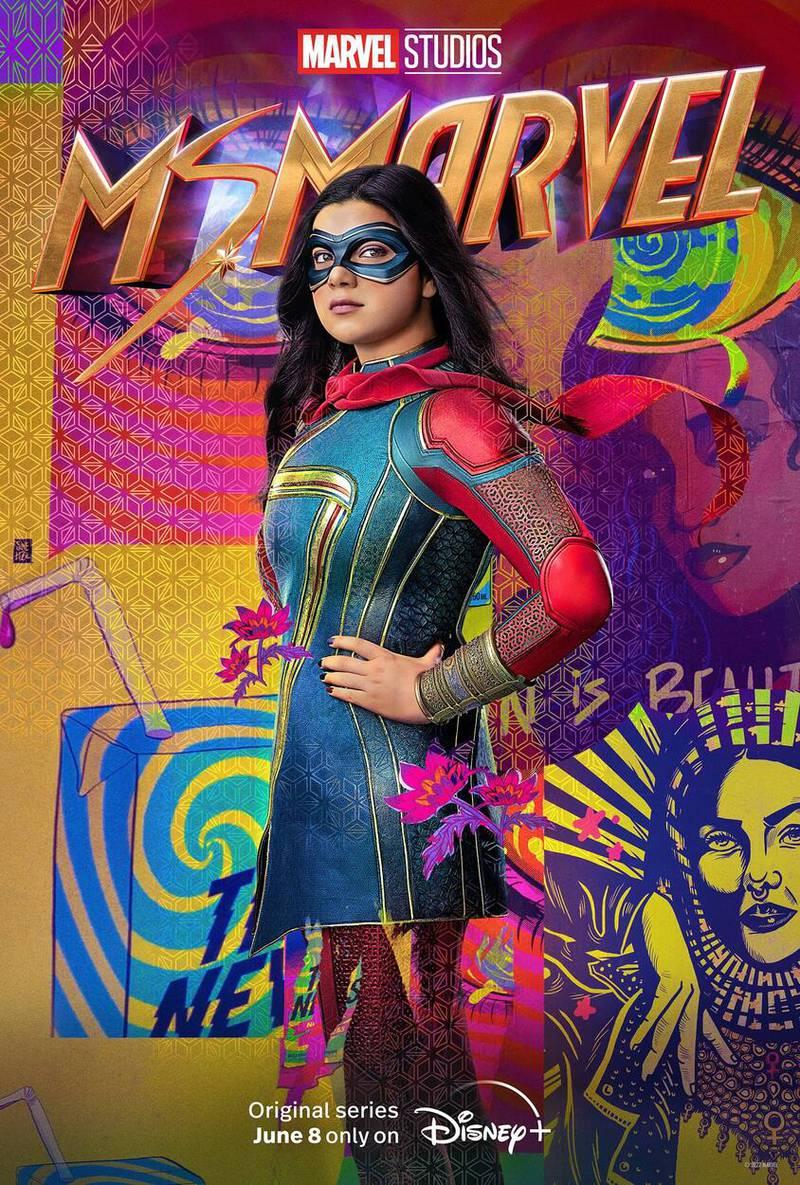