A collection of 14 surreal and hyper-realistic paintings by Filipino master Andres Barrioquinto are showcased during "Realistic Abstraction" at Tang Contemporary Art, until July 30.

The solo exhibition portrays his art in a new dimension -- a cosmos of almost immaterial images, where the constant tread is the vanishing of the physicality and carnality.

With this distinctive style, his subjects are almost dematerialised yet hyper-realistic, in an apparent contradiction that he wisely developed to reach excellence. In fact, his subjects, so realistically painted, become pure immaterial concepts and ideas.

This is to imply that abstraction is not simply the opposite of naturalistic or representational art but it can also be an attempt to explain, depict, allegorise or imagine the intangible with tangible ideas. 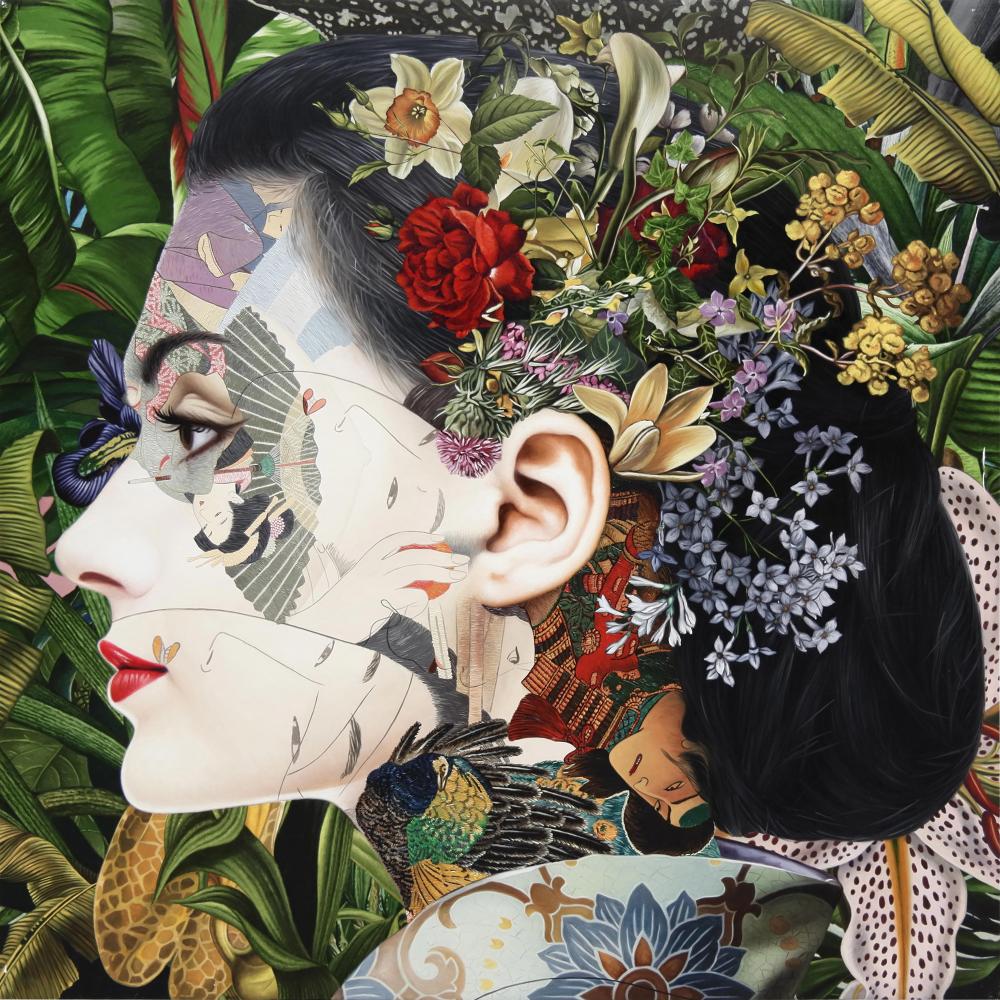 An oil on canvas by Andres Barrioquinto. photo courtesy of Tang Contemporary Art

Presented with fine strokes mostly in acrylic and oil, the artist renders recognisable faces in subdued tones. His portraits are enriched with details taken from a dream world -- mushrooms, birds, butterflies, flowers, all archetypal symbols that do not fly but float, in a timeless suspension.

Even though Barrioquinto is influenced by the great renaissance and modernist periods, traditional patterns belonging to Japanese culture, specifically ukiyo-e woodblock prints from the Edo period, are featured in some of his newer works.

An oil on canvas by Andres Barrioquinto. Tang Contemporary Art

His exquisite image overlaying, patterning, and image appropriations from various Asian cultures create dynamic juxtapositions and open up numerous possibilities of interpretation, earning him both critical and commercial attention, locally and abroad.

Barrioquinto is currently residing in Manila, the Philippines. His works are collected by important institutions like the Singapore Art Museum.

Tang Contemporary Art is located at Room 201-206, River City Bangkok, Charoen Krung 24 and opens Tuesday to Saturday from 11am to 7pm.