After his parents took him to a watch restorer's workshop, teenage Christophe Claret became fascinated with complicated timepieces, and particularly attracted to minute repeaters that strike hours, quarters and minutes on demand. 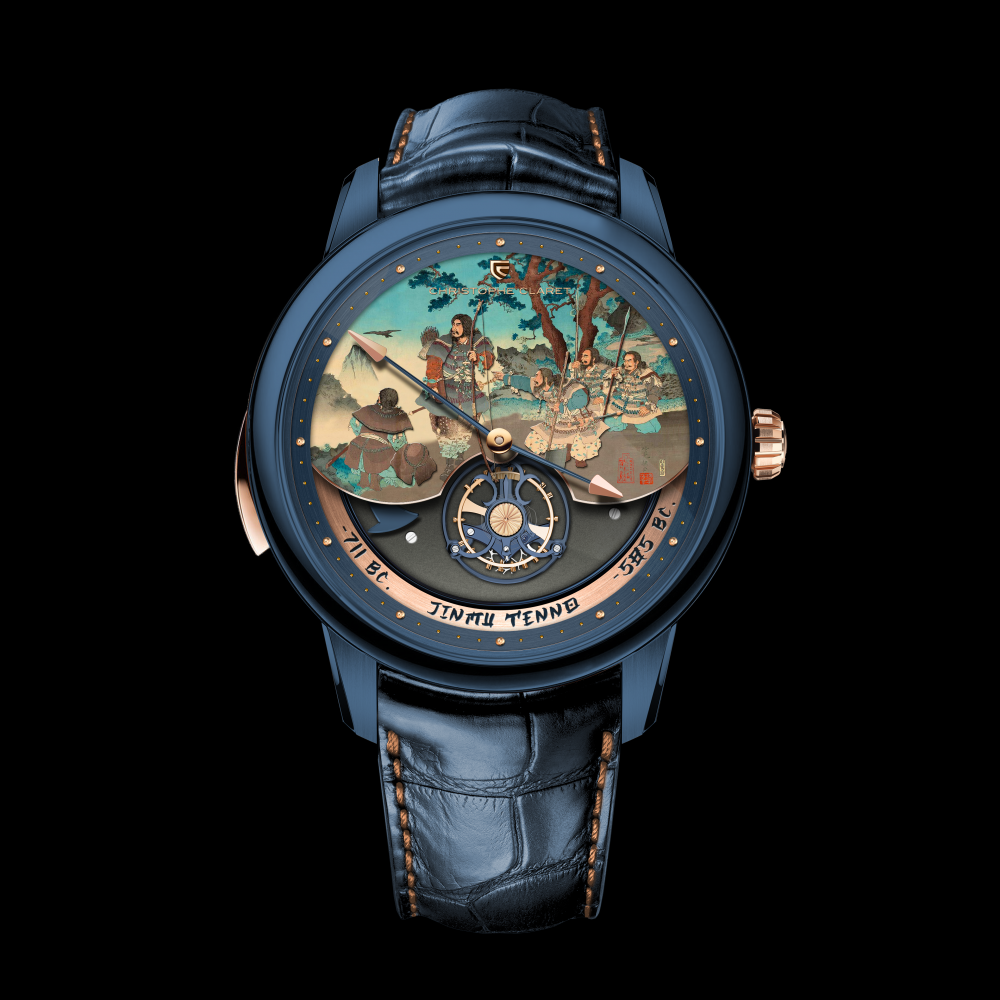 Years later, he followed his passion and became a sought-after watchmaker who developed complex movements for leading brands. When he established his eponymous atelier in Le Locle, Switzerland, the first calibre signed by Christophe Claret was a musical grand complication, introduced in 1989.

This mechanical expertise is aesthetically combined with miniature paintings in the Legend collection of unique pieces that pay tribute to five nations and their leaders.

The Westminster minute repeater along with cathedral stamps, a flying tourbillon and Jacquemart automata make the masterpieces audibly and visually come alive.

The new models are a sequel to a limited series released last year, to mark the bicentenary of Napoleon Bonaparte's death. 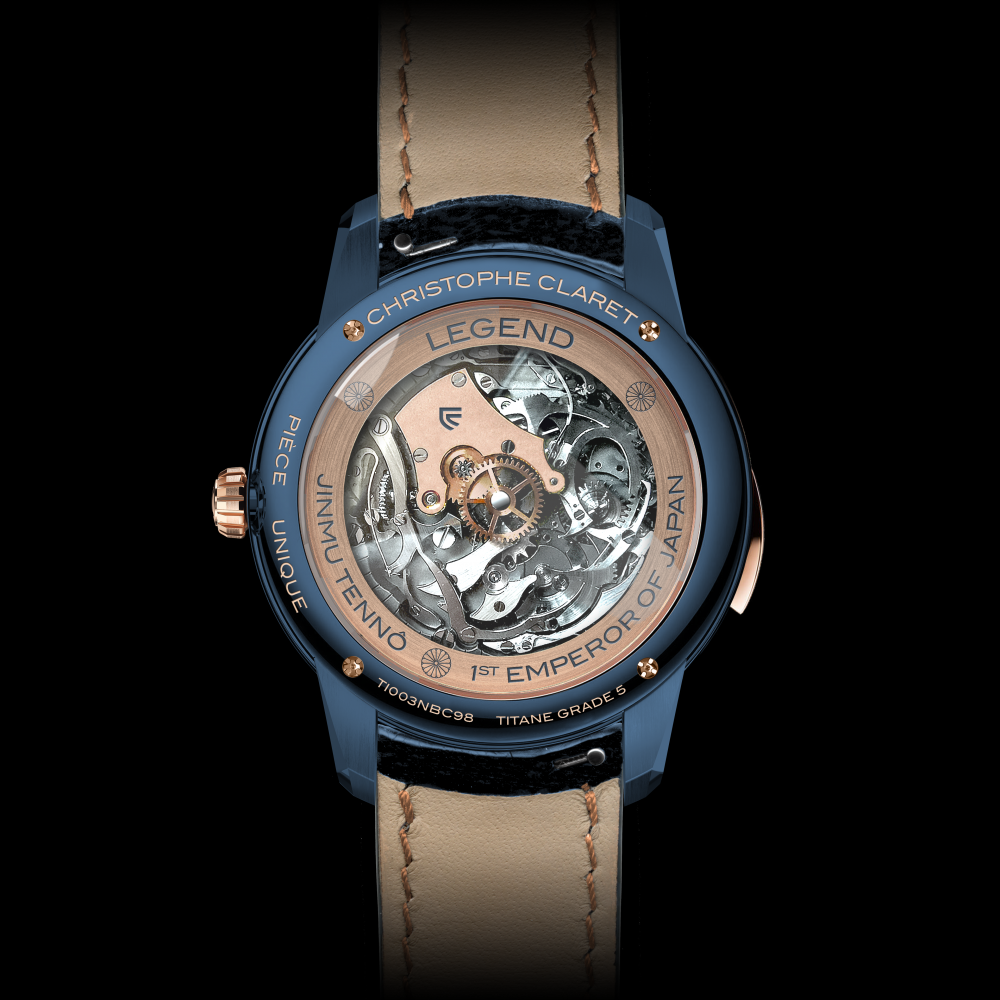 Japan's first emperor Jinmu Tennô (711-585 BC) was considered a direct descendant of the Sun deity, Amaterasu. Martinez's work of art portrays him and his soldiers following the mythical crow Yatagarasu, sent from heaven to guide the emperor.

Formidable warrior Amir Timur (1336-1405), better known as Tamerlane, conquered part of central Asia in 1360. Ruling Transoxiana, he built an empire based on military power and terror. On the back of the timepiece, he's honoured as Amir of the Timurid Empire.

Suleiman the Magnificent (1494-1566) ruled the Ottoman Empire from 1520 and became its longest-reigning sultan. Expanding from the Balkans to Saudi Arabia via North Africa, the empire was the centre of interactions between the Eastern and Western worlds. 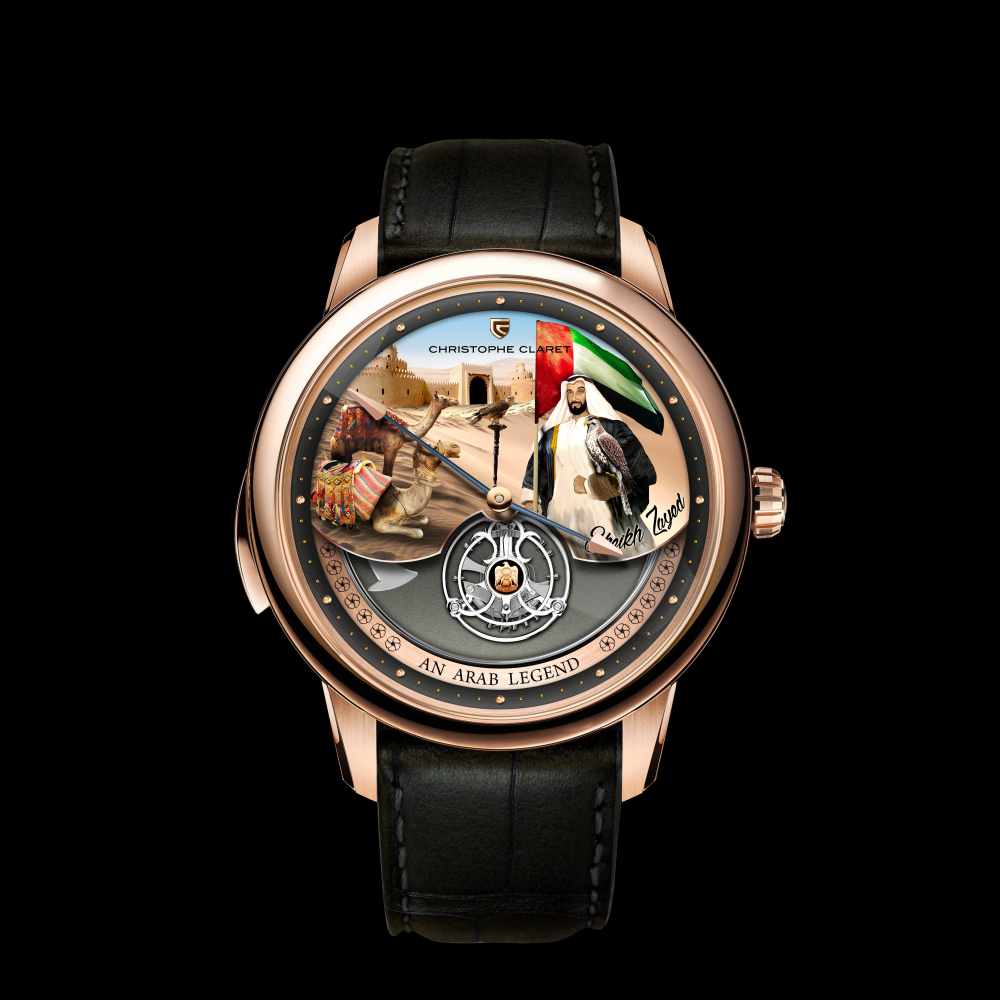 Ibn Saud (1876-1953) is the founding father of the Kingdom of Saudi Arabia, established in 1932. As its legendary King Abdulaziz, he modernised the country in various aspects, from building infrastructure to improving education and healthcare.

Likewise, Sheikh Zayed (1918-2004) formed the United Arab Emirates (UAE), a federation of seven states, in the early 1970s. UAE's first president along with the nation's flag and emblematic falcon appear on the right side of the miniature painting.

The royal falcon is also a decorative element on the flying tourbillon's cage bridge, where the other models feature an imperial chrysanthemum, the breastplate of Amir Timur's armour, the Ottoman flag, and the Saud family crest.

The new watches are housed in a 5N red gold or a Grade 5 titanium 47mm case with the polished and satin finish highlighting the play of light. The titanium is combined with blue PVD in the second Jinmu Tennô and the third Suleiman the Magnificent versions. 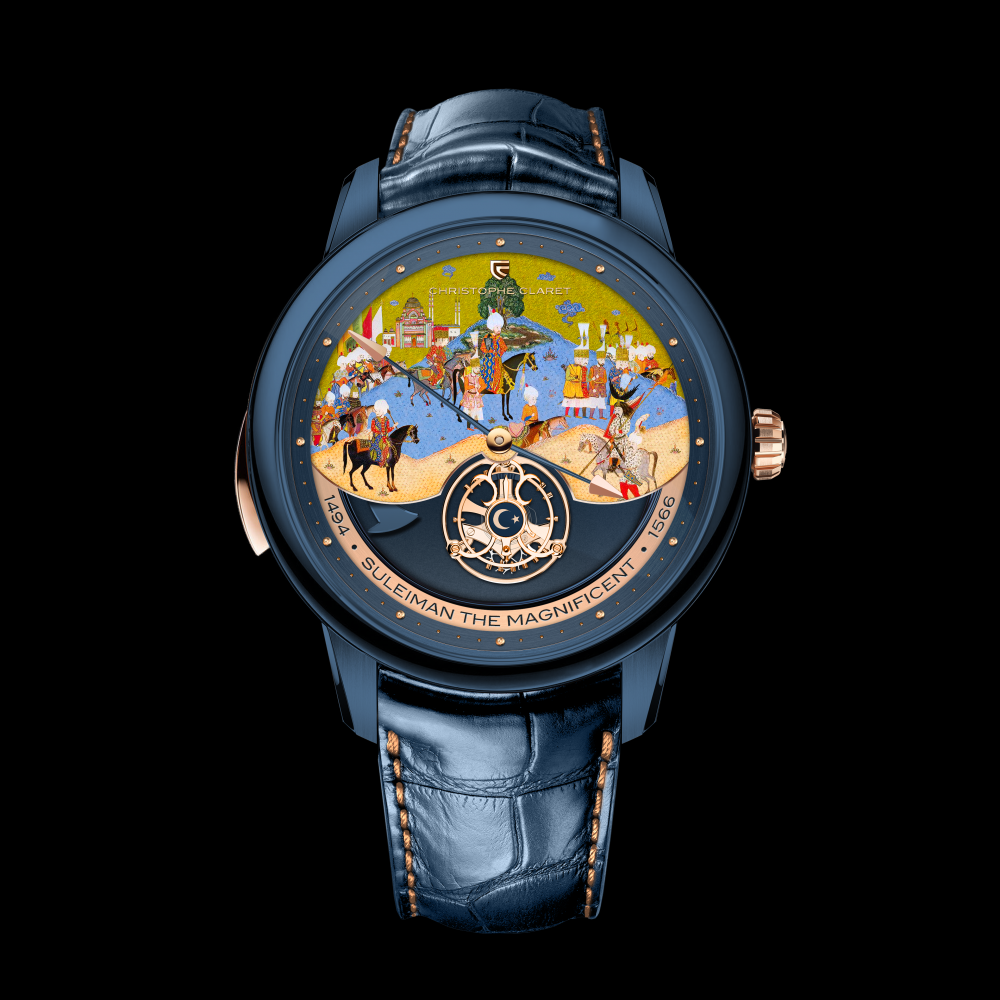 Suleiman the Magnificent — Sultan of the Ottoman Empire.

Each model is powered by an NBC98 calibre providing a power reserve of 60 hours. The Westminster minute repeater mechanism allows playing a different tune at each quarter of the hour, with the ringtone composed in collaboration with a violinist.

The request for the minute repeater is traditionally made through a sliding pusher on the case's left side. The animation of the Jaquemart automata accompanies the melodious sound of time by the Westminster cathedral ringing, with the bells going around the movement twice in order to achieve longer, clearer and more powerful sounds. 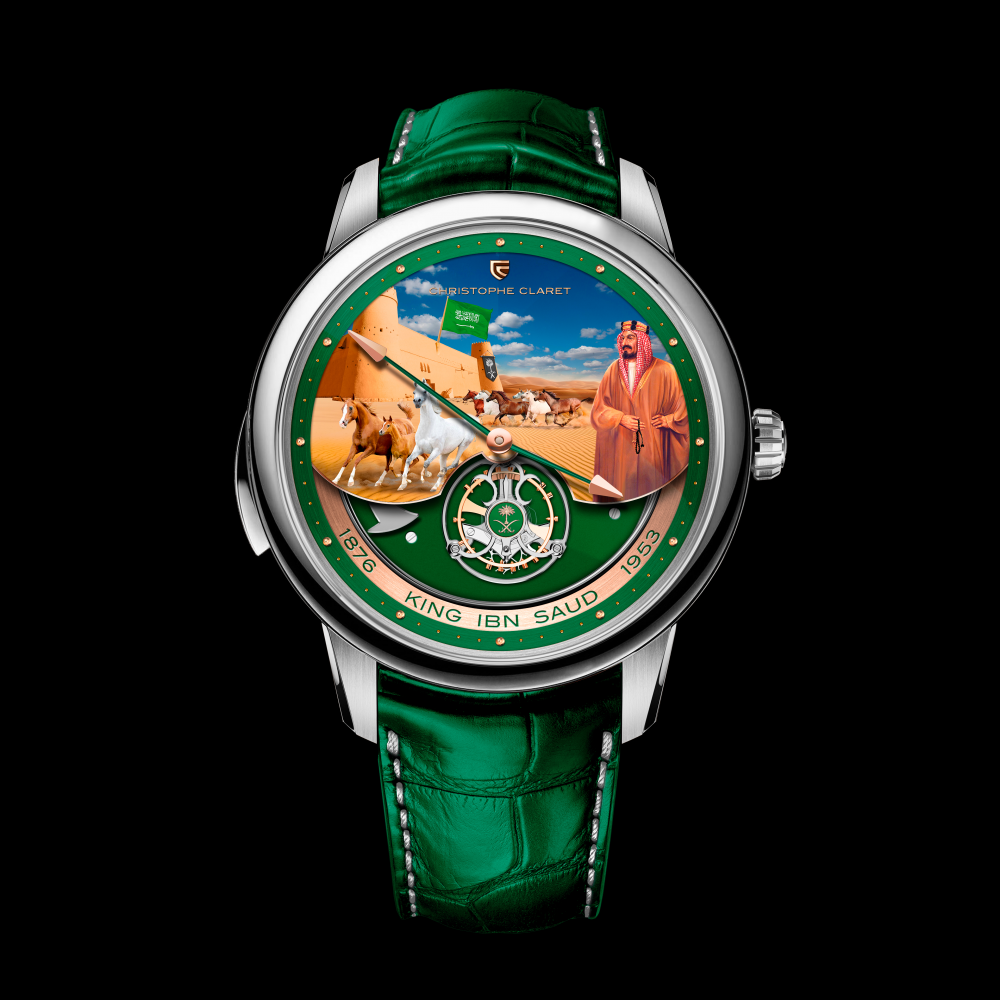 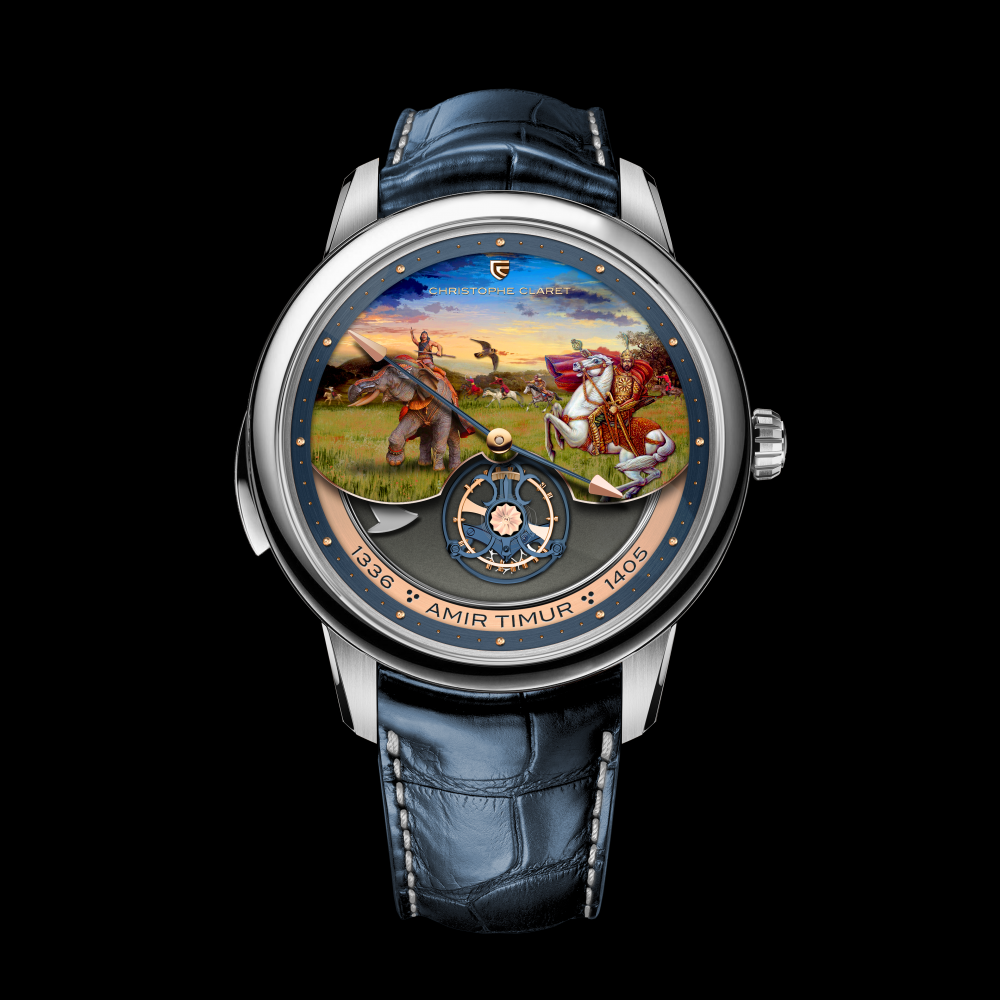