Welcome to the second half of 2022, officially! Things are looking up as the mask mandate has been lifted and Miss Rona is considered an endemic, starting from today. To celebrate getting back to the old normal, we think it's fitting to present exciting openings of hotels that you can look forward to. 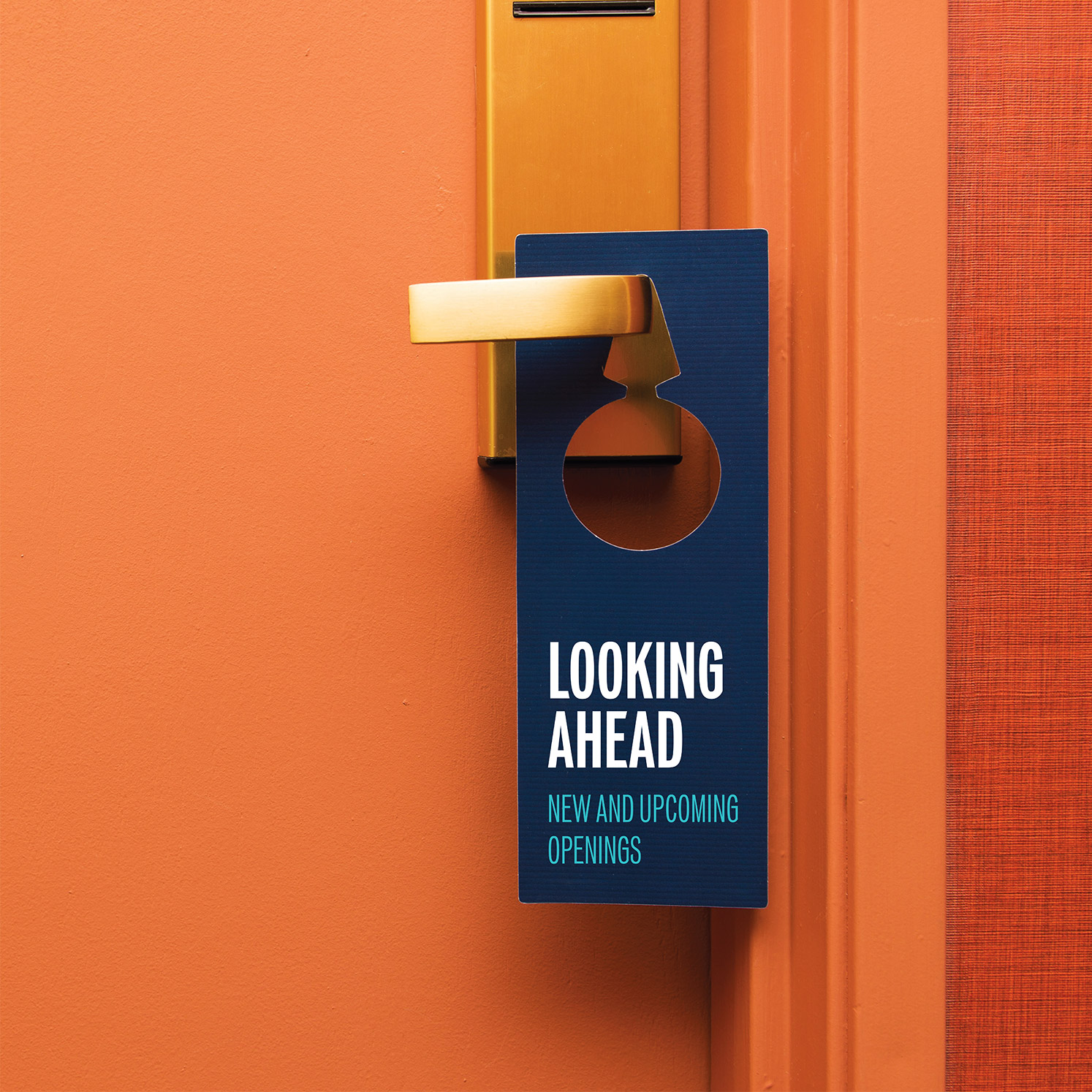 Despite its previous announcement to officially open in May, The Standard, Bangkok Mahanakhon, this year's most anticipated hotel opening, is now gearing towards a launch within the third quarter of 2022. Ahead of its opening, Ojo Bangkok, one of its many epicurean spots, has already opened for business on the 76th floor of King Power Mahanakhon where Mahanakhon Bangkok SkyBar used to be. It has emerged anew, creating a buzz with an elevated Mexican cuisine by chef Francisco "Paco" Ruano, decadent decor by Ou Baholyodhin along with breathtaking views of Bangkok. 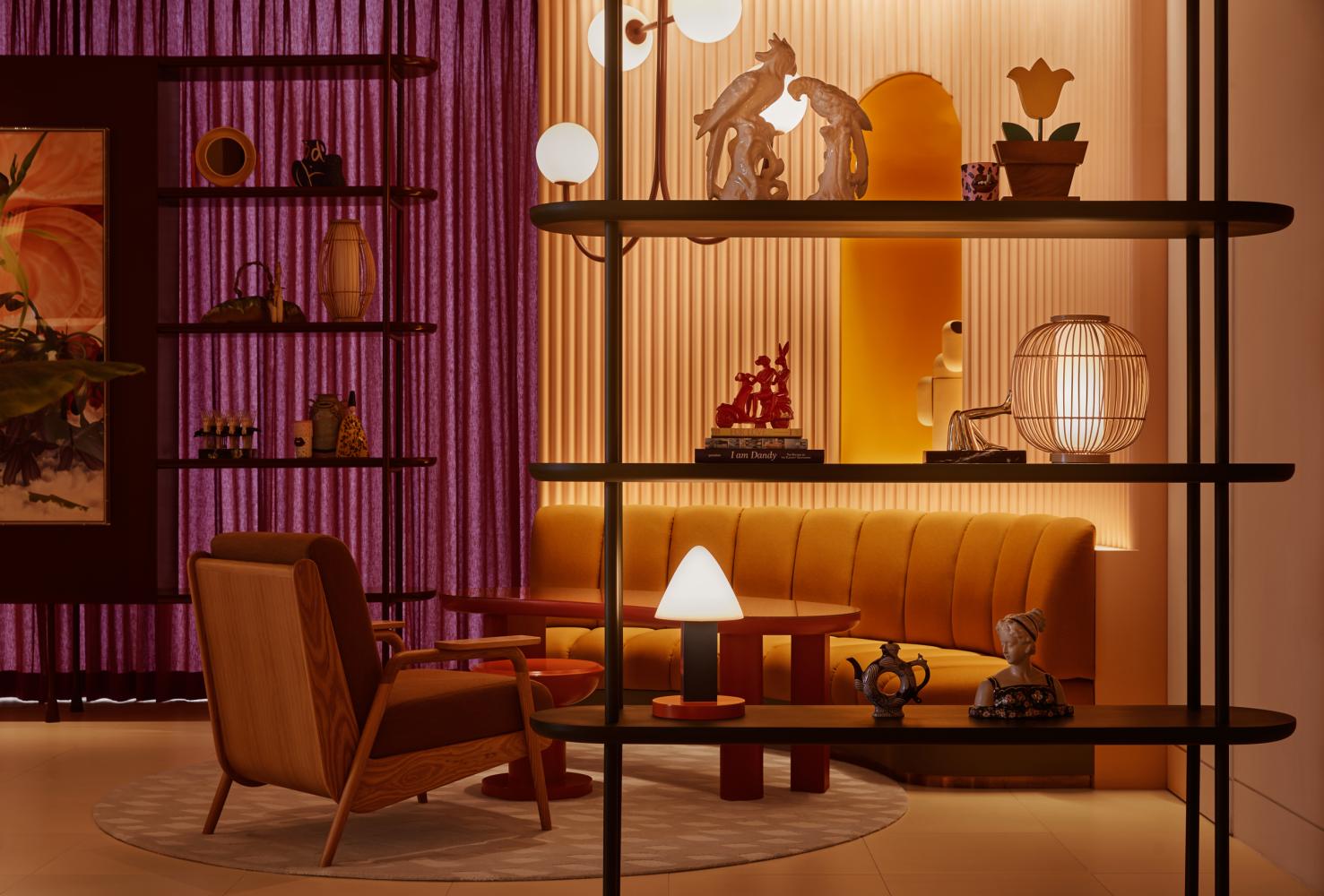 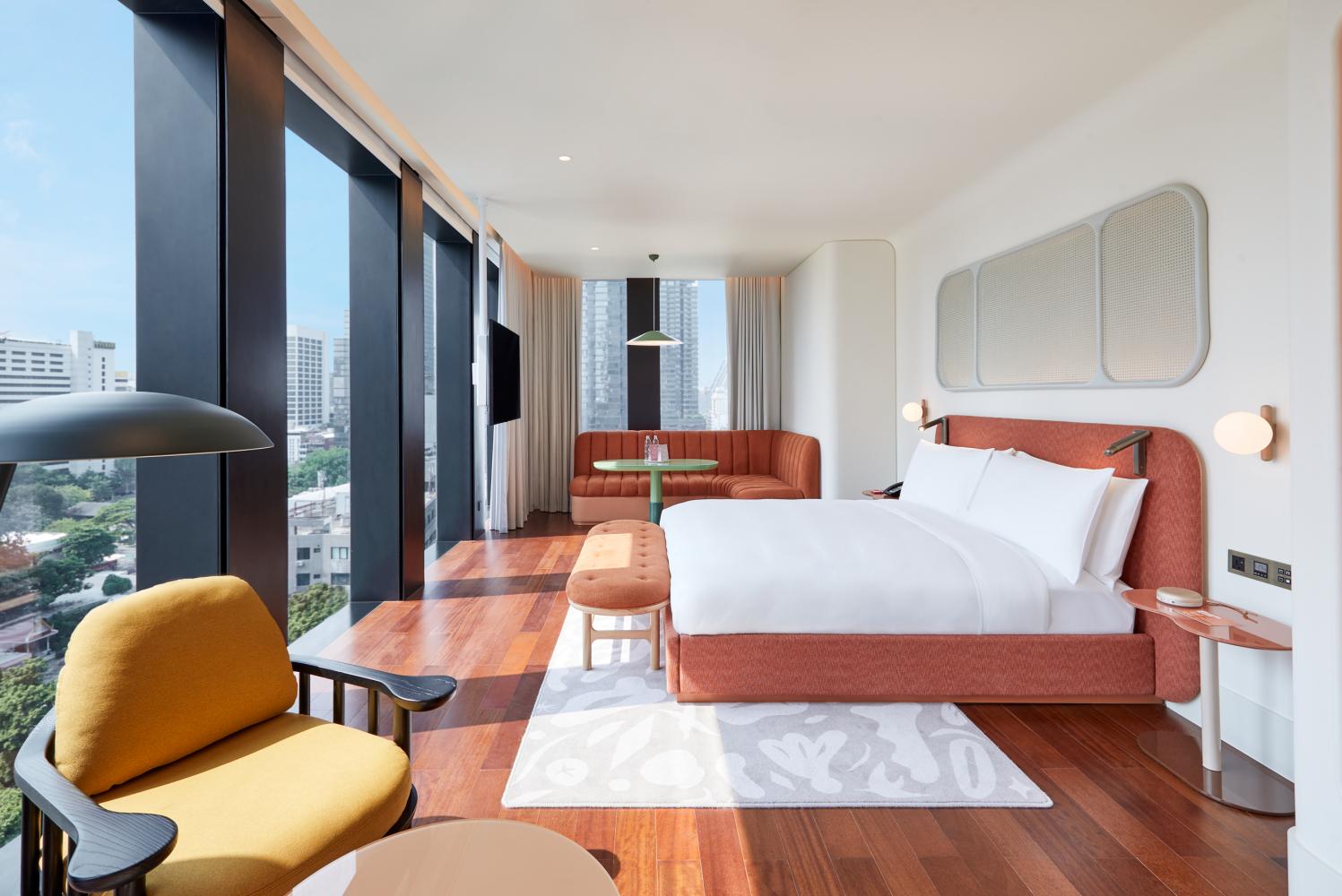 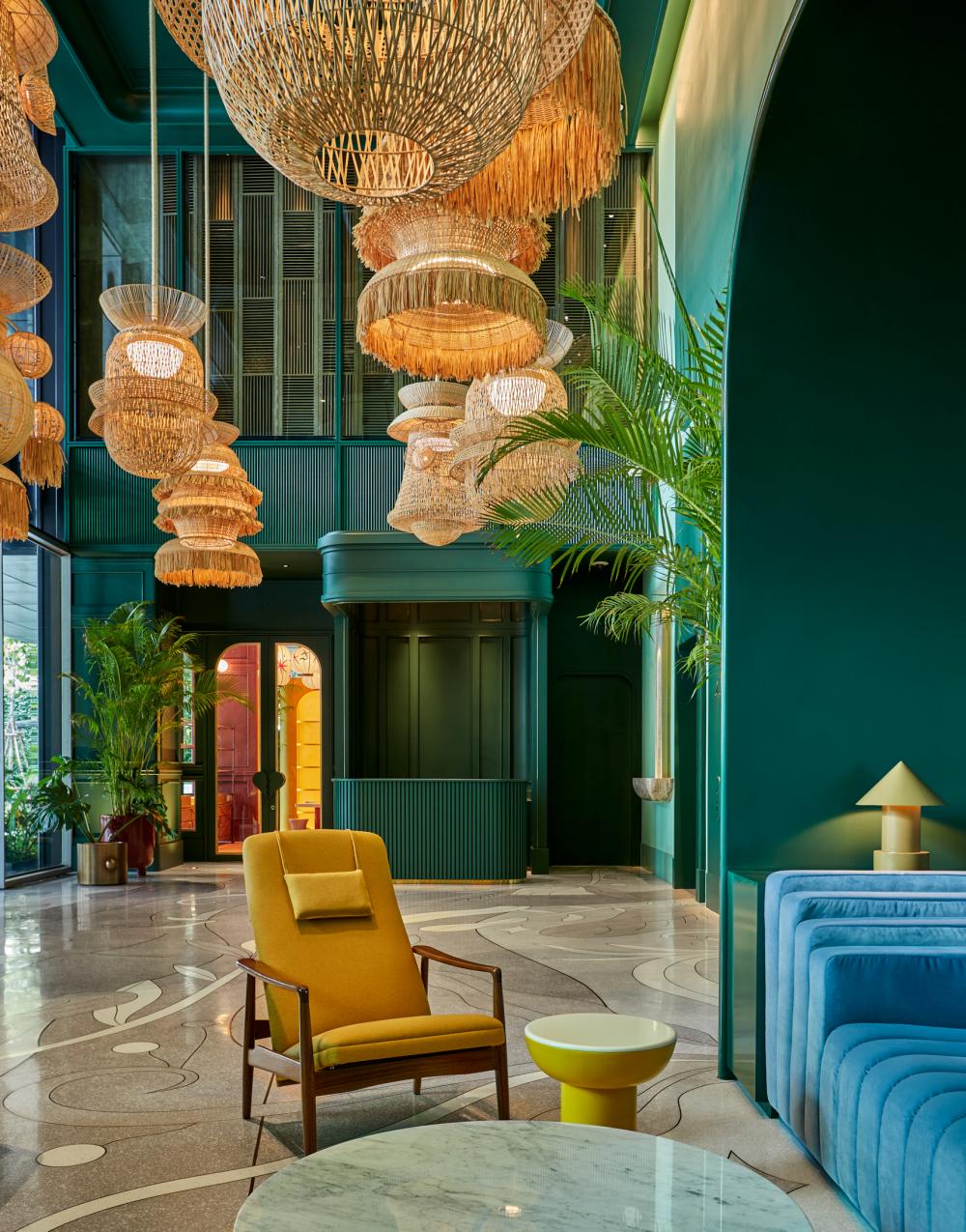 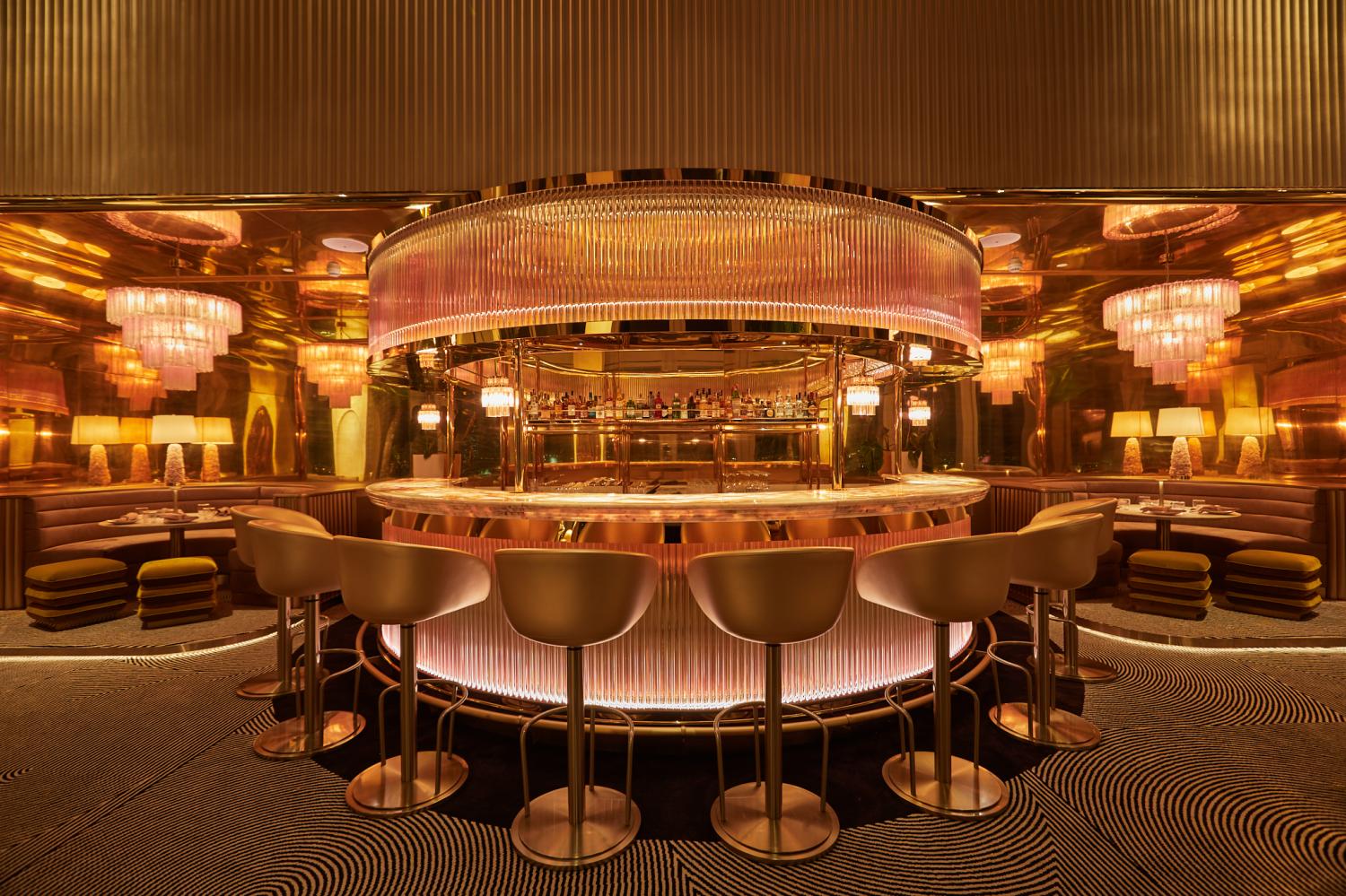 Located on Narathiwat Ratchanakharin Road in the middle of two of Bangkok's CBDs namely Silom and Sathon, the 155-room hotel is in King Power Mahanakhon, one of Bangkok's most iconic skyscrapers with rooms ranging from 40m² rooms to a 144m² penthouse while the facilities include a terrace pool, fitness centre, meeting rooms and a variety of restaurants and nightlife venues, each with its own distinct character and offering. The Parlor aims to be the hub of the hotel for socialising, cocktails, work, lounging, live music, lectures and more while Tease is dubbed an eclectic and unexpected tea room. Meat lovers should consider The Standard Grill, which offers American steakhouse classics while Mott 32 will serve award-winning Chinese cuisine. There are two high-altitude options including the previously mentioned Ojo and Sky Beach, which is the highest alfresco rooftop bar in Bangkok.

Spanish designer Jaime Hayon is behind the interior design of The Standard's Asia flagship hotel. The rooms come equipped with comfy beds and the usual comforts with special touches such as Bang & Olufsen Bluetooth speakers, floor-to-ceiling windows to properly take in city views, access to Mahanakhon SkyWalk, 24-hour gym access with Technogym machines and Davines bath amenities. A stylish stay here starts with a Standard King for up to two adults and one baby. For a bit more space and better views, there are Corner King and Corner Double, which are 56-57m² in size. Suite Spot and Balcony Suite are big enough for two adults and two kids or three adults and one kid but the latter, of which there are only three units, features two big interior spaces and a private 4.7m² balcony. There are only two penthouses namely Penthouse and Bigger Penthouse, the latter boasts 144m², full kitchen with Gaggenau appliances, a dining area for eight, a proper living room with a connecting powder room, a master ensuite bedroom and more. Keep up to date with The Standard, Bangkok Mahanakhon via standardhotels.com or fb.com/thestandardbangkok.

Fans of Sex And The City's ears may perk up when they hear that Soho House is opening Bangkok branch soon. That one from the series was in the Big Apple but the upcoming one will be in the Big Mango (sorry, I couldn't help myself). 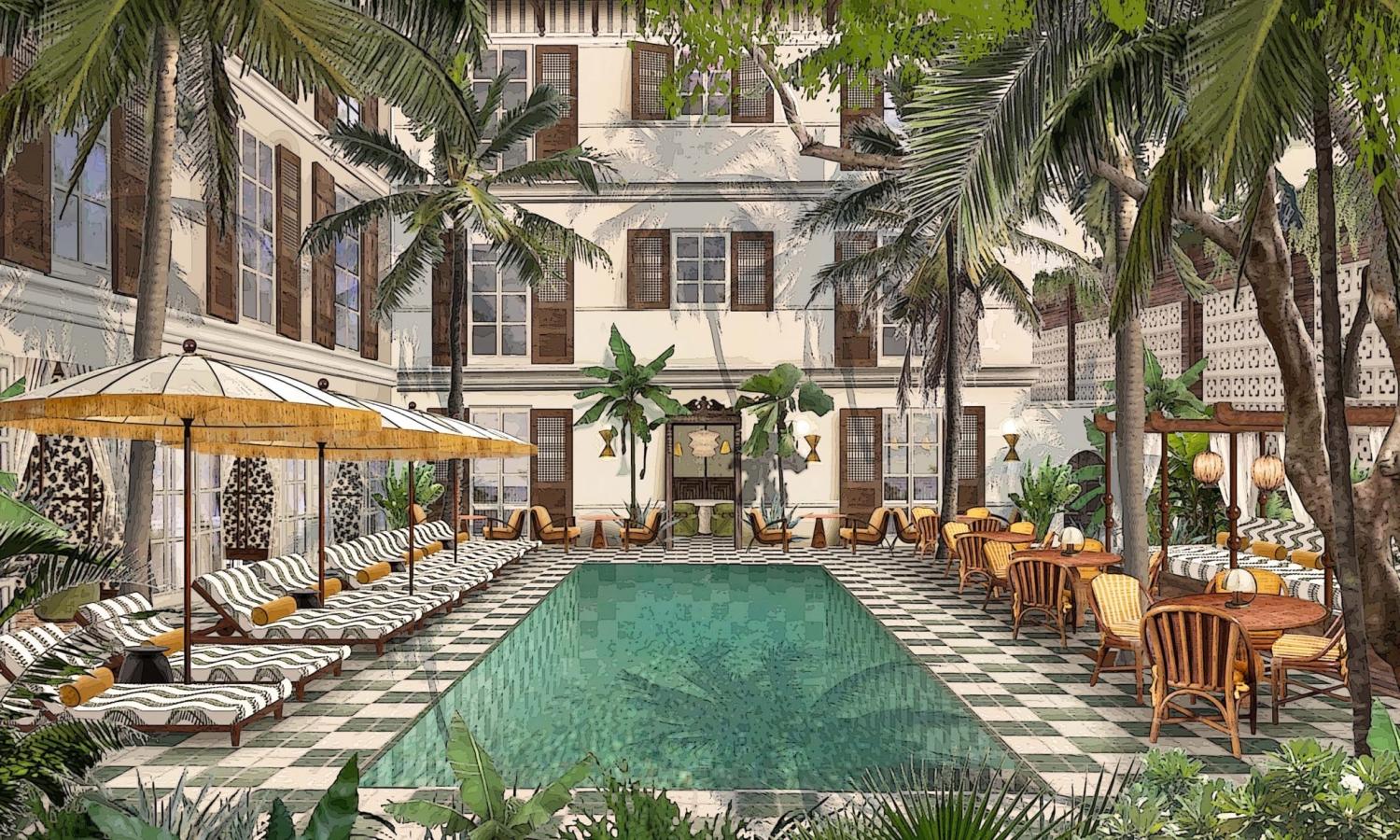 Said to be opening in the winter -- if they mean Thai winter, it may launch around the festive period since our winter starts in November -- Soho House Bangkok will be the first in Southeast Asia and fittingly lands on Sukhumvit. Their club is said to be "a hub for the like-minded, and a quiet oasis away from all of the noise" across three floors. The highlights include an in-house restaurant, dining area, social space but their crowning glory is an outdoor pool under the shade of palm trees.

If you want to mingle and expand your connection with the city's creatives and who's who, apply for the membership to get into this exclusive club. There are several types of membership. For example, you can either apply for your local house or all houses and perks include relaxing at the house, bringing up to three friends at a time, connecting with other members around the world through their app and member rates at their restaurants, member-only bedrooms and access to daily events. Soho House currently has almost 40 locations in the UK, Europe, Middle East, North America and Asia.

Designed by renowned architect and interior designer Bill Bensley whose portfolio includes 200 hospitality projects in 50 countries, InterContinental Khao Yai Resort brings luxe railway inspiration to life as Khao Yai in Korat is considered a gateway to the northeast of Thailand. Sitting on 253 rai where 50,000 trees grow with views of seven lakes, the new property will initially launch with 45 luxurious rooms within the third quarter and 19 more units of repurposed heritage railcar suites and villas will be added to the accommodation range before 2022 ends to give guests a unique stay experience. A spa, a fitness centre and five restaurants and bars await early guests. The property will also become the first of InterContinental to use Byredo toilet amenities. More info at intercontinental.com/khaoyai. 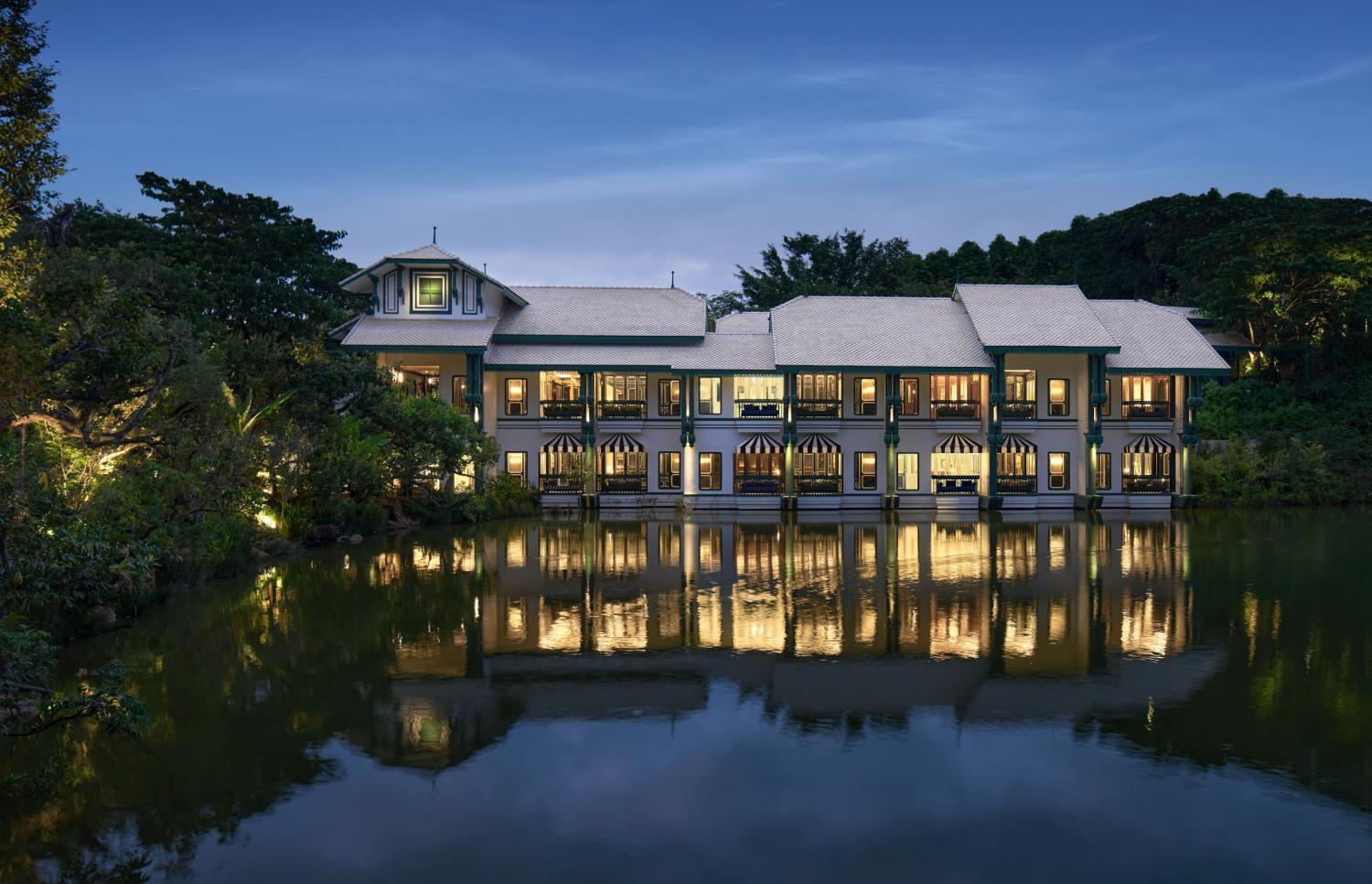 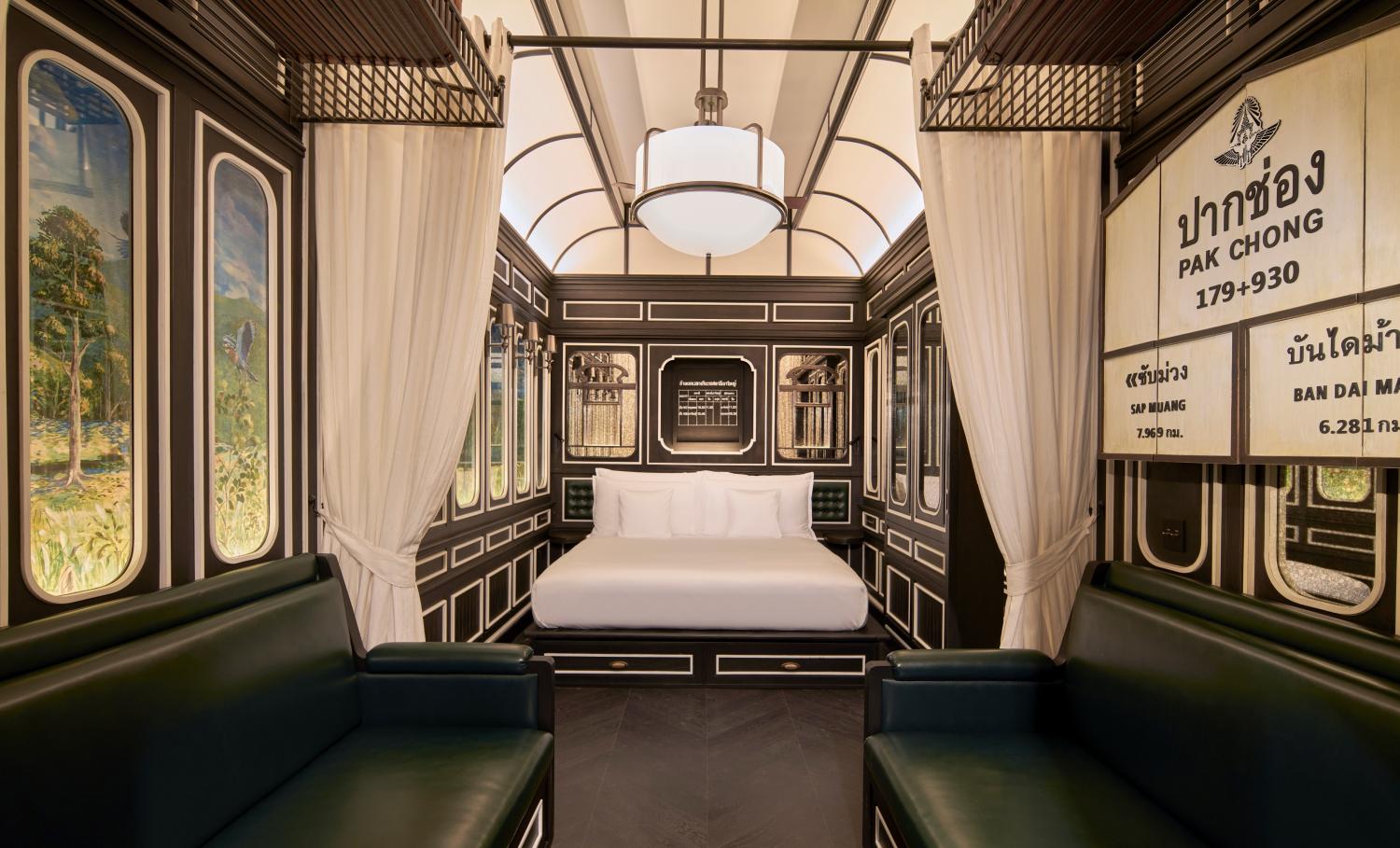 Another big rebrand. The Imperial Mae Ping, which has been a leading hotel for three decades, is transitioning into the mouthful, InterContinental Chiang Mai Mae Ping, while keeping its timeless Lanna appeal. Scheduled to open in December, the hotel is in the city of Chiang Mai, in close proximity to night market, Tha Phae Gate, Wat Chang Kong and many more attractions. 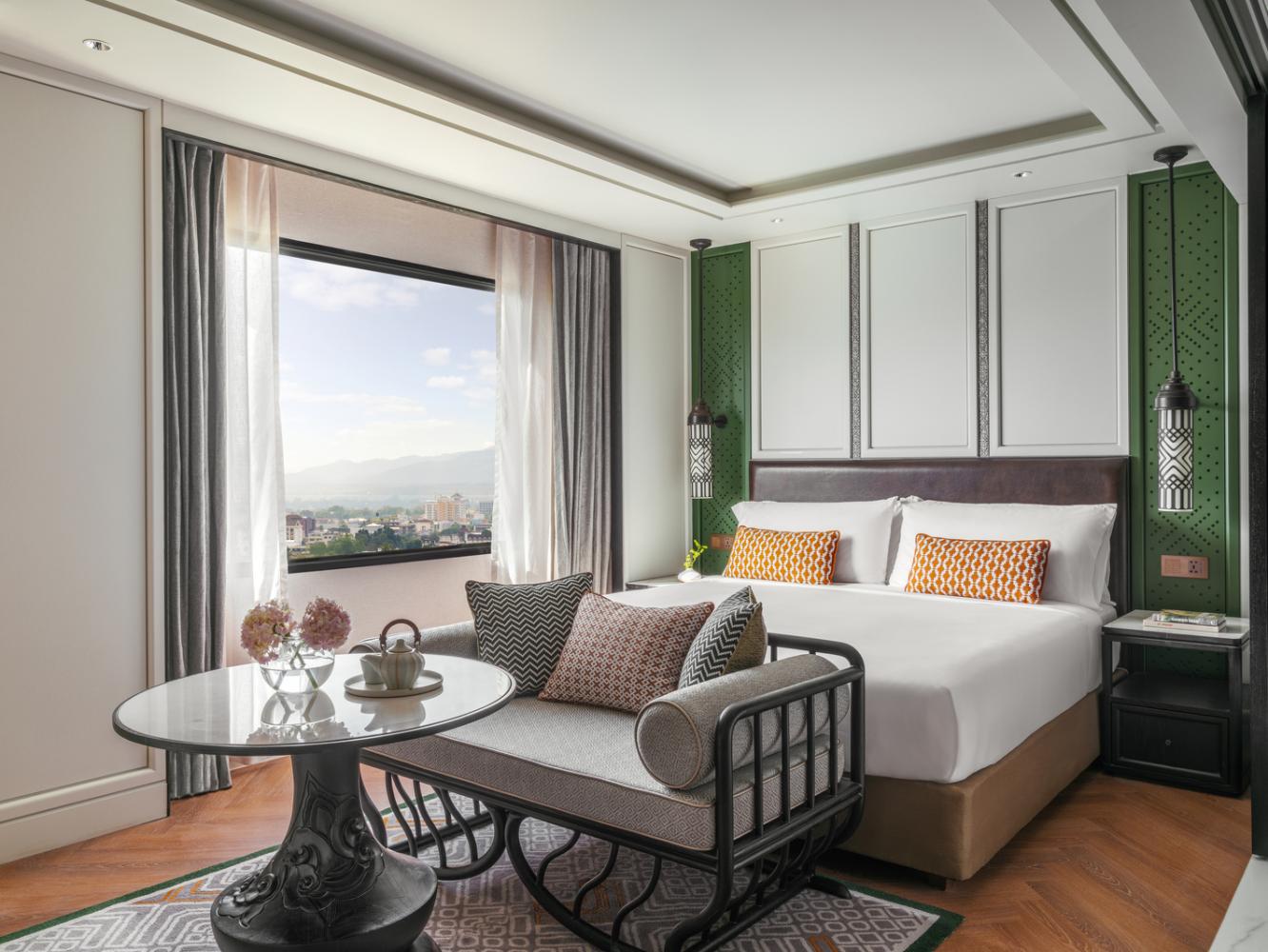 Grande Centre Point Space Pattaya, Thailand's 1st space-themed hotel, is gearing up for Aug 1 launch. Its eye-catching extraterrestrial exterior will surely catch your eyes but there are more awaiting you inside. From what the property has revealed so far, they take their space theme quite seriously, from the front to the interior and services. 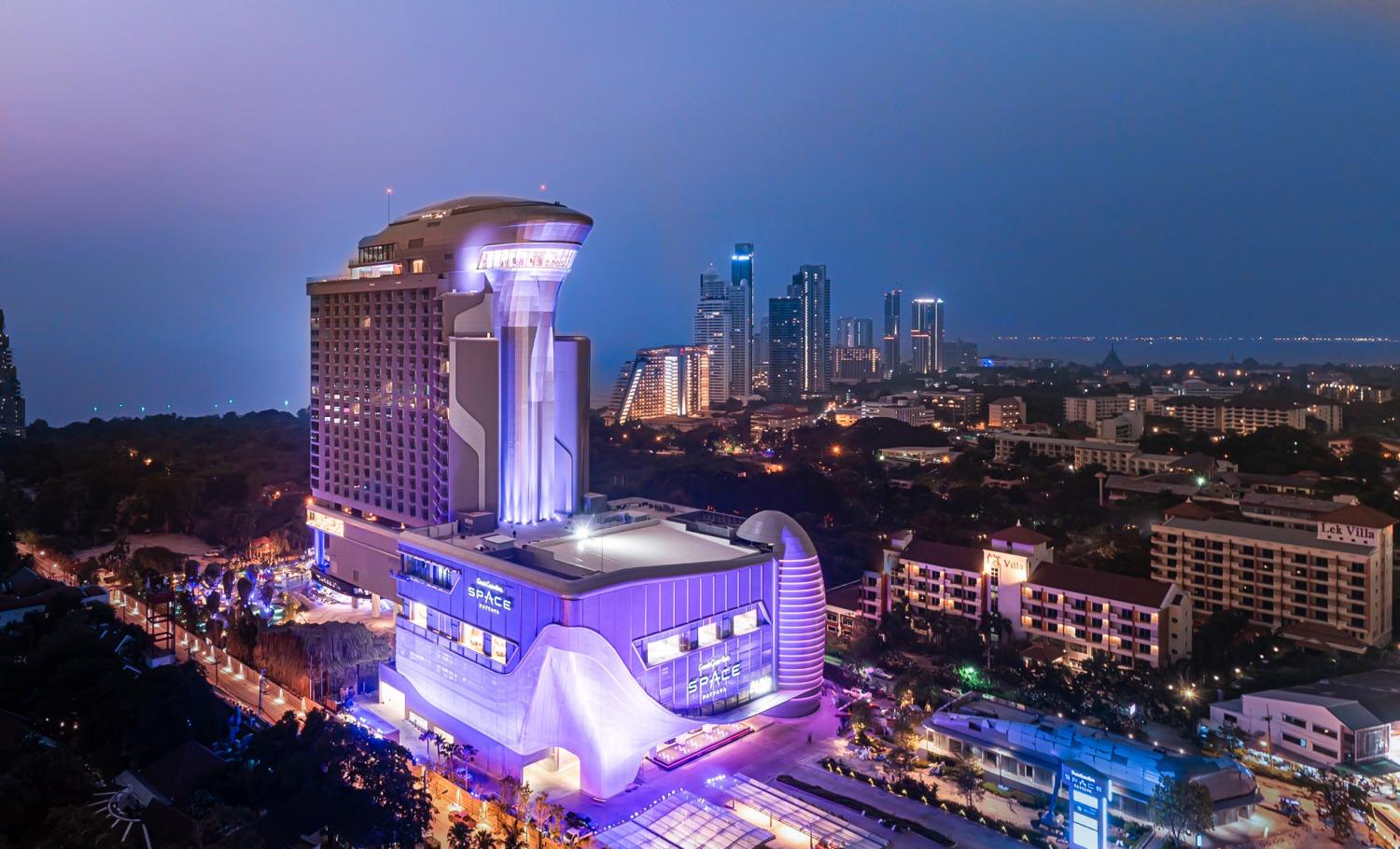 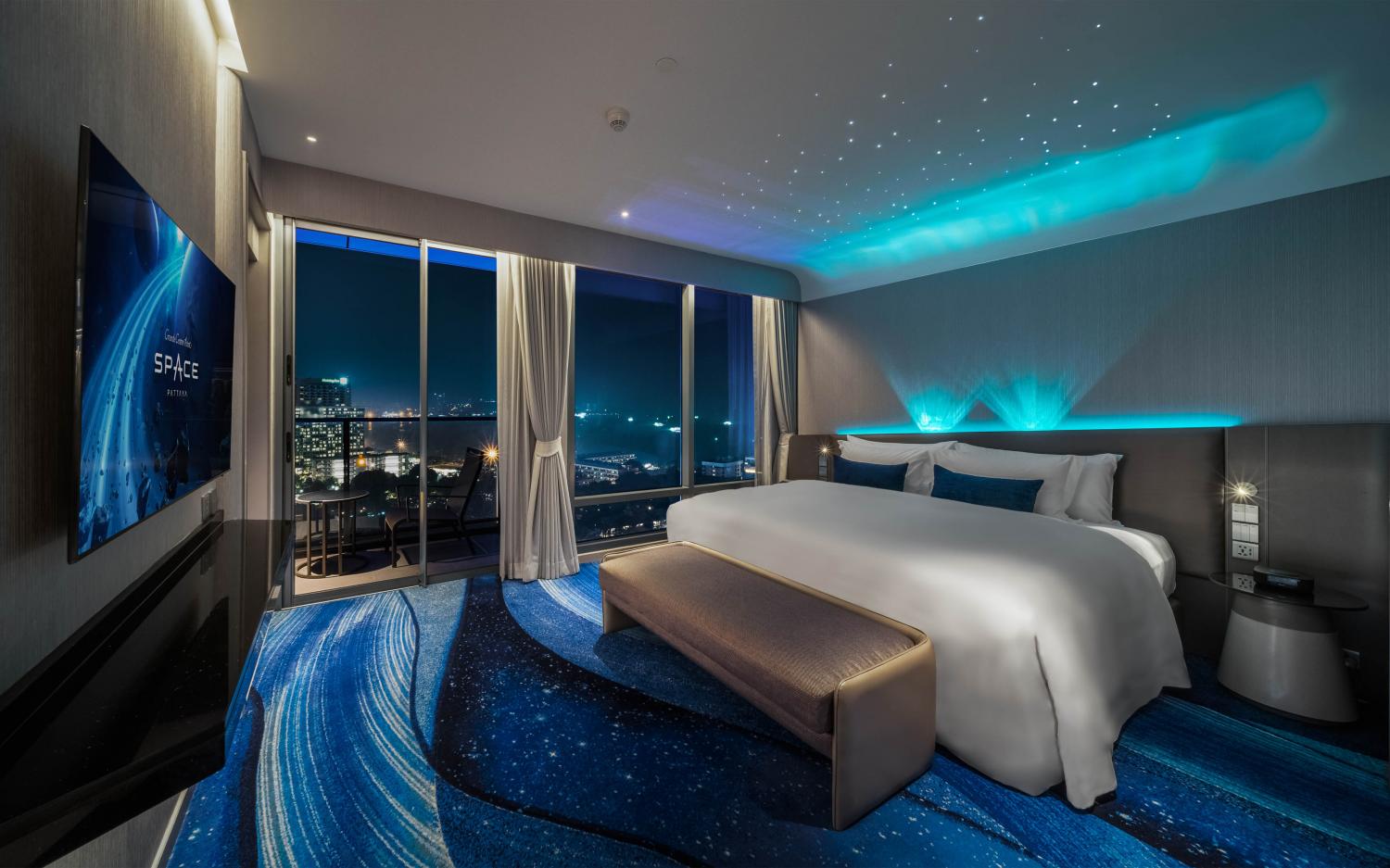 Inspired by space travel, 490 rooms are equipped with aurora and star lights on the ceiling to create a spaceship vibe. Every room has its own balcony for an ocean view and room sizes range from 45m²-133m². To go with its futuristic gimmick, expect high-tech like a washlet, smart mirror and 55in smart TV. LH Mall & Hotel, which is behind Grande Centre Point hotels and Terminal 21 malls, goes big with this property, offering the Space Water Park spanning 11,500m² in four zones. Waterbabies can enjoy a space pirate beach with white sand and realistic-looking waves. Or float down a lazy space forest river, drifting through caverns, waterfalls, jacuzzis and intergalactic jungles. The space theme is carried onto a kids club and games room, as well as outdoor activities such as playground, sandpit, and mini-golf. Other facilities include restaurants, cafés and rooftop dining and a huge conference room that can host gatherings for up to 900 people and has cutting-edge equipment such as a 12.48x5.40m LED screen. Its Let's Relax Onsen & Spa, with a space of 3,000m², will be the first onsen with a sea view in Thailand. Go to spacepattaya.com to book.

Avani Hotels has announced the opening of Avani Chaweng Samui Hotel & Beach Club, a 1950's inspired resort on Chaweng Beach, Koh Samui, in August. The upcoming property will offer bold and fresh designs inspired by the retro-chic of mid-century America and its crown jewel Seen Beach Club Samui aims to be the island's hottest beach club. Its three-storeyed building houses 80 stylish rooms and suites while being close to both the beach and the island's hub of shopping and dining. It's also only a 10-minute drive from Samui International Airport. 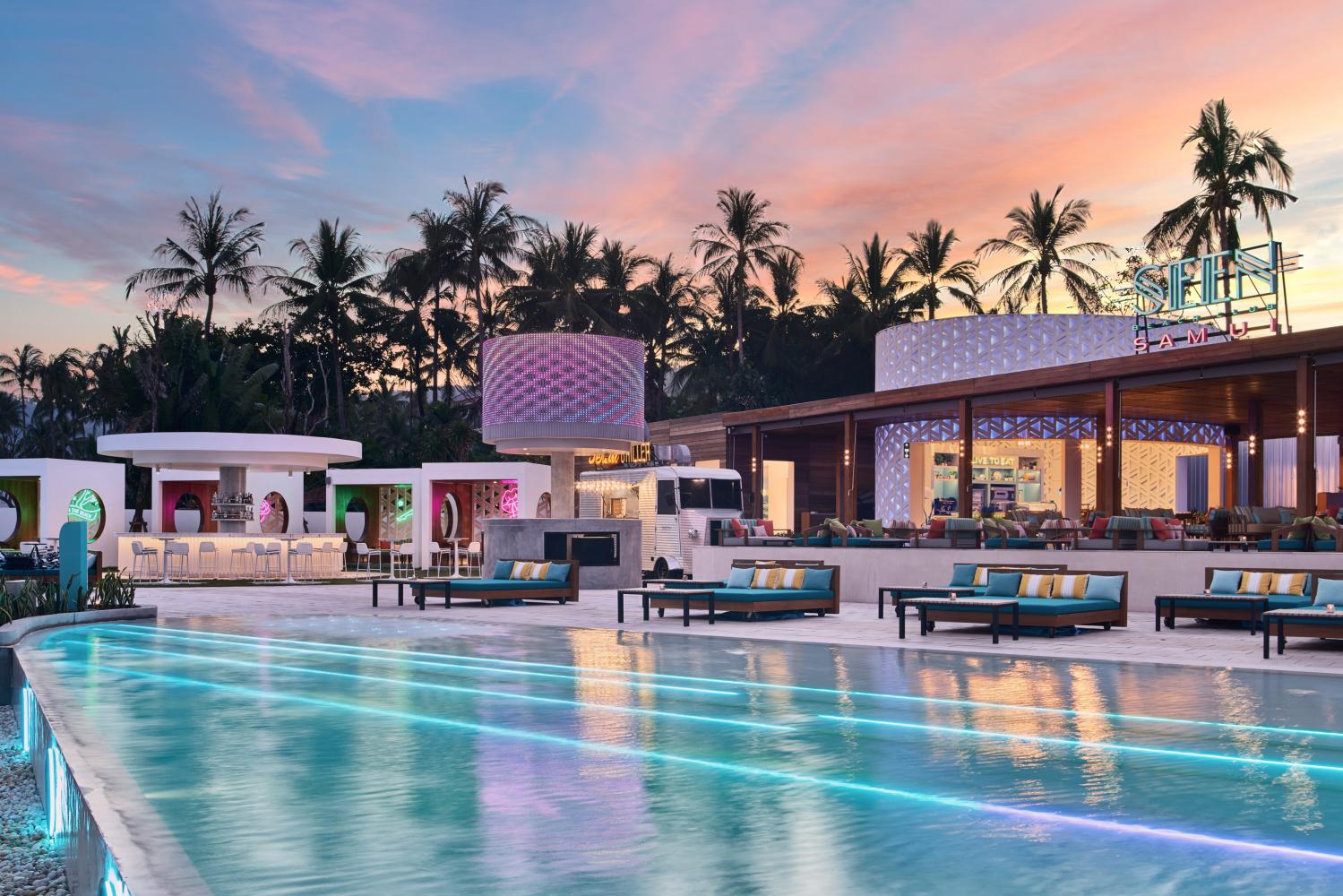 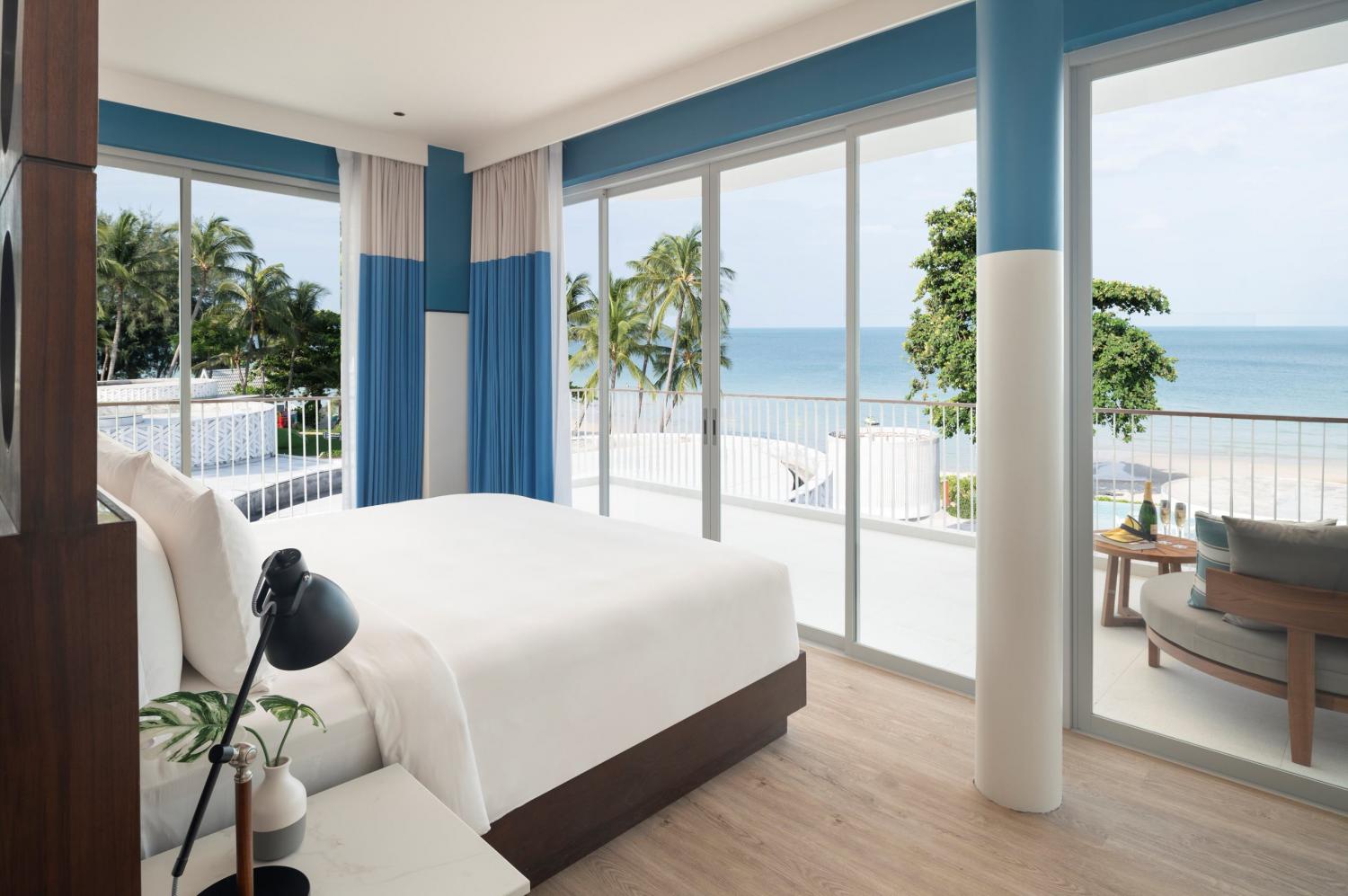 This one isn't a new opening but a rebrand of Sindhorn Midtown, a collaboration between IHG Hotels & Resorts and Siam Sindhorn Co., Limited, to be the first Vignette Collection hotel in Asia, starting from today. Vignette Collection is IHG's latest luxury and lifestyle brand and each property is said to have its own distinct outlook and story to tell. Daily complimentary rituals at each property also create a sense of anticipation and connection for more thoughtful travel experiences. 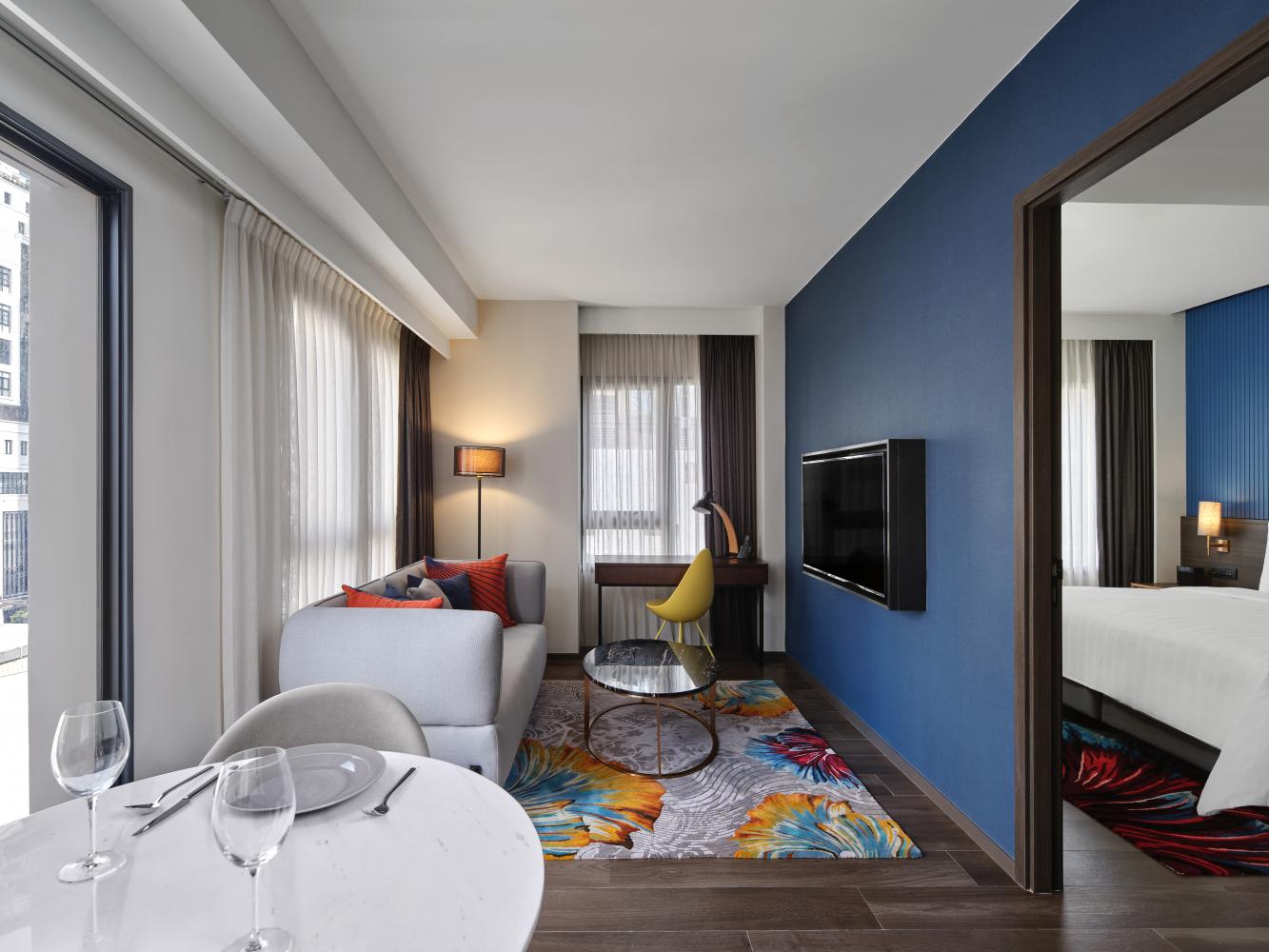 Surrounded by leafy surroundings, Sindhorn Midtown's Langsuan location offers easy access to Bangkok CBDs from Sukhumvit, Silom, Siam to Chidlom while being an oasis in the city. A complimentary lao khao shot is served with pickled fruits from 5-6pm daily so guests can pregame before an evening of exploration. For young guests, they can dial the Emergency Popsicle Line on the hotel's second floor to receive an icy treat from a dedicated "Popsicle Butler". Vignette Collection prioritises creating a sense of place. With this in mind, P49 Deesign derived inspiration from the Bangkok Tram in the design of the hotel's lobby area. Therefore, dark metal is used to cover the front desk of the hotel lobby, representing the tram tracks that used to run by the hotel.

After launching Centara Reserve, its ultra-luxury brand, with Centara Reserve Samui, Thailand's leading hotel operator Centara Hotels & Resorts has revealed its future plan for 2022 and beyond. 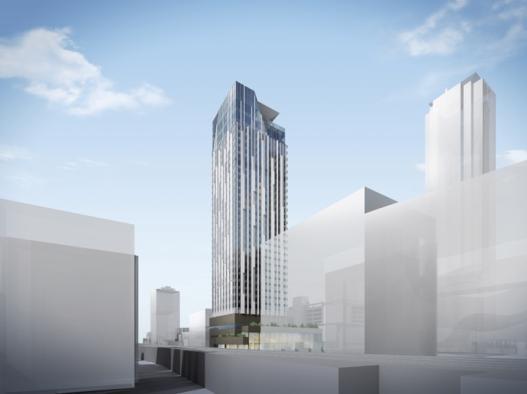 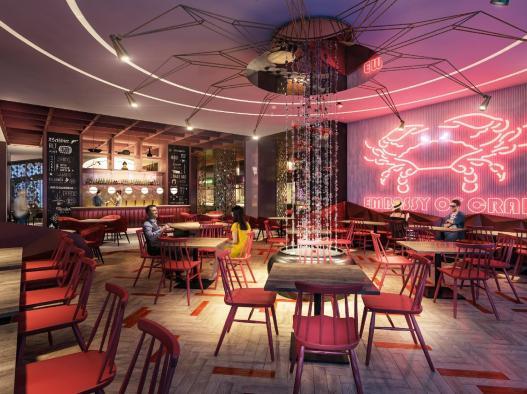 Centra by Centara Hotel Surat Thani, a partnership between Centara Hotels & Resorts and Baansuay Group, will open for guests after a complete renovation of an existing low-rise hotel, which will consist of 110 rooms (24m²-36m³), an all-day dining dim sum restaurant, a casual Japanese restaurant and a meeting room. The anticipated opening date is slated for July 1, 2023 while the completion of the second phase of the project is expected to be completed by early 2025 and it will see the construction of a new building for additional facilities such as a large function room, fitness centre and swimming pool. It'll be twelfth Centra by Centara-flagged property and Centara's first hotel in Surat Thani. Centra by Centara Hotel Surat Thani is located in the city centre, a 15-minute drive to Lomprayah Tapee Pier and Tha Thong Pier, and a 30-minute drive from Surat Thani International Airport.

Gearing up for a launch date in the same month but in another country is Centara Grand Hotel Osaka, which will be Centara's debut in Japan. The hotel opens in July 2023 on Namba Street. The 35-storeyed structure will feature 515 premium accommodations, including rooms with bunk beds and connecting rooms, making it a good fit for families, ­leisure and business travellers. The hotel will house a unique rooftop dining destination, as well Spa Cenvaree, fitness centre, co-working space and sophisticated events ­spaces. Centara Hotels & Resorts' foreign portfolio now includes Maldives, Sri Lanka, Vietnam, Laos, Myanmar, China, Japan, Oman, Qatar, Cambodia, Turkey, Indonesia and the UAE.