As new deputy governor pushes for positive change, he wants residents to see the 'promise of Bangkok'

'Honestly, I feel like I am doing my dream job," Sanon Wangsrangboon answered quickly when asked about his first few weeks as Bangkok deputy governor.

"I get to do social development, tourism, culture and sports -- things I have aspired to do all my life," he said.

His being seen as a representative of the more progressive youth groups seems to have become a factor when generational conflicts are lurking in society's background.

Sanon's involvement in the civil society movement -- often viewed as the opposite of the bureaucracy that he recently joined -- has also pushed him into the public focus.

Is he a beam of hope? Not just for the new generation, many of whom have become disillusioned with mainstream politics, but for the millions of people of different ages and social backgrounds who have made a home in Bangkok? 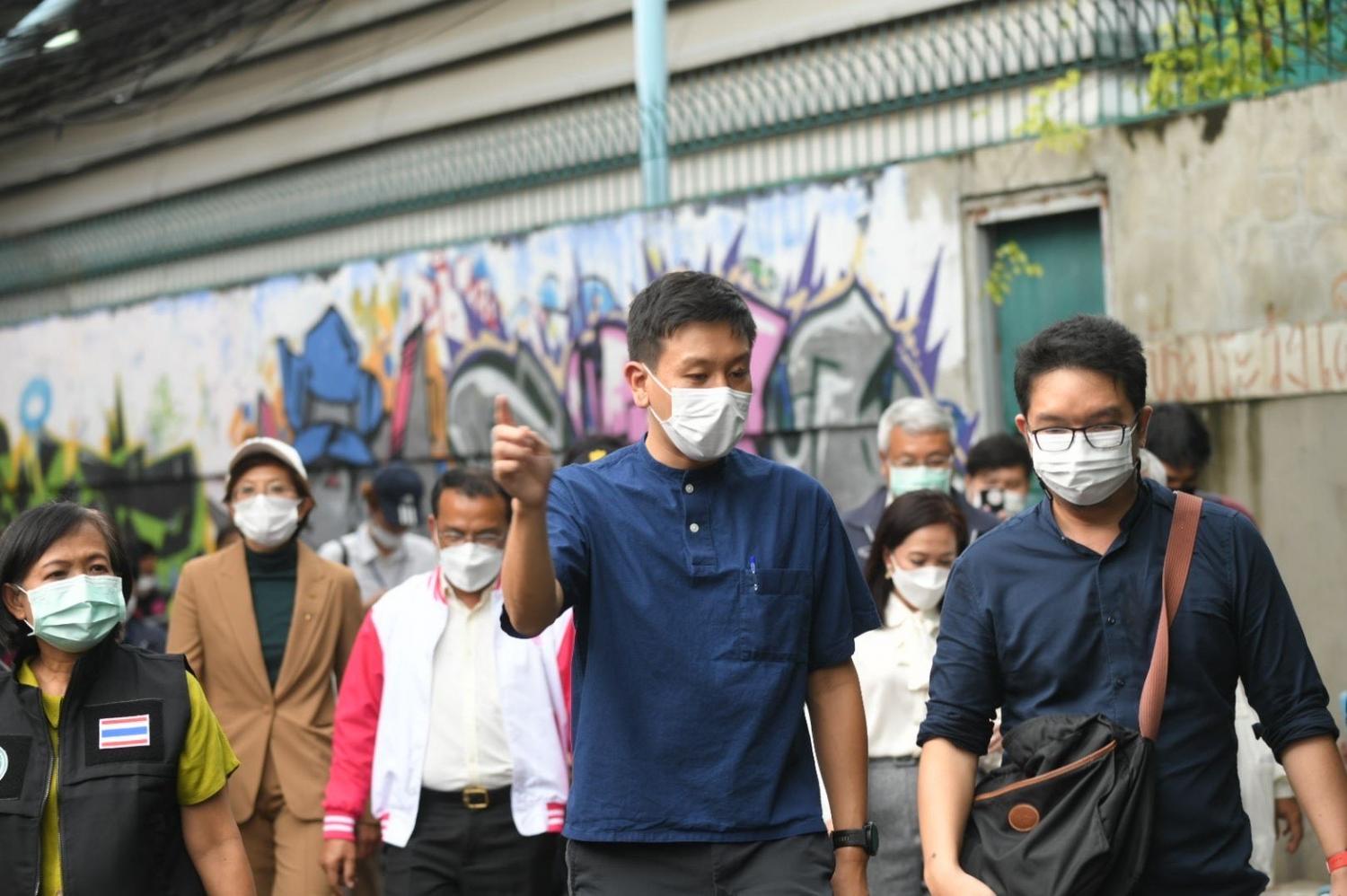 Or is he a disruptor? A digital agent who is set to open up Bangkok -- to tear down the old system and expose all the hidden problems in hope of finding a better future?

A Chulalongkorn University engineering graduate, Sanon became known as an activist fighting for the centuries-old Mahakan Fort community to be conserved as a "living museum" instead of being torn down.

He lost. The entire community was uprooted by none other than the Bangkok Metropolitan Administration he is steering.

Sanon took the lesson. In 2016, he co-founded Satarana, a civil society network aimed at promoting public participation and citizen engagement to build a better city.

Among his many projects are Once Again and Luk hostel, based on the idea of cultural and inclusive tourism, and Mayday, which seeks to make public transport accessible to all.

The recent success of the Music in the Park series of free concerts and Traffy Fondue, the smart city platform that has reduced the time from complaints to solutions from days to within hours in some cases -- both of which are under Sanon's responsibilities -- has raised expectations on the youngest deputy governor even further.

Is the good reception part of a honeymoon period?

Maybe, Sanon said. But one thing should be clear: it shows that these things can be done.

Sanon does not play down the age factor.

"My very existence in the city administration can give members of the new generation some hope," he said. "Since City Hall's role is to bring together people from all walks of life and ensure that they coexist in harmony, it is crucial for its staff to come from different generations. Otherwise, certain groups may feel left out," Sanon said, adding that the need for inclusiveness is not limited only to age groups but gender and people with disabilities. 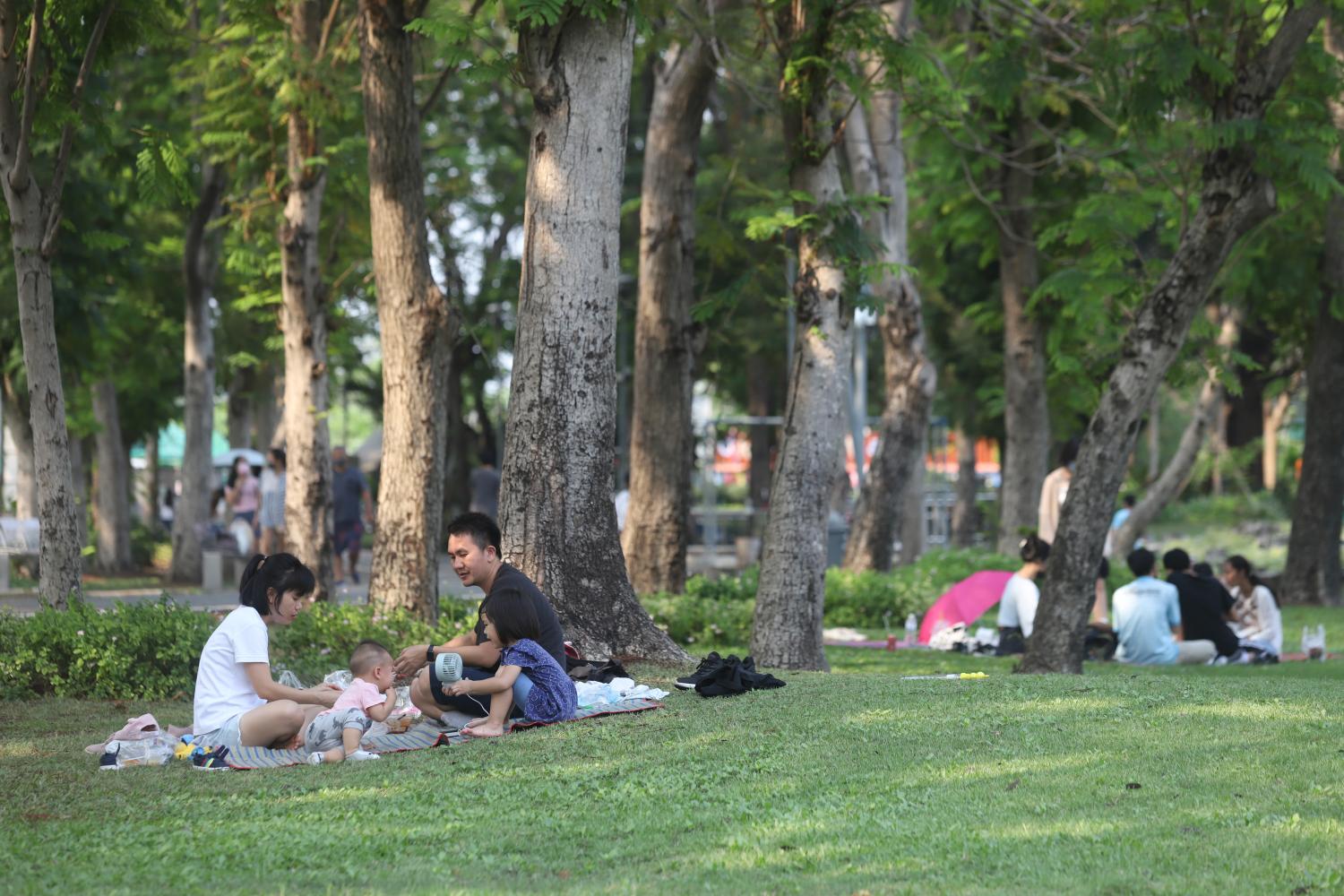 He believes the strength of his generation, or Gen Y, is in their being a connector. "Some people think of us as a lost generation, in a sense that we are not as focused as Gen X nor are we digital natives like Gen Z. But since we share a bit of everything from different generations, we can serve as a link," Sanon said.

He did not shy away from the sensitive sentiment that some youngsters have become so hopeless with the way the country is going that they would rather leave it in search of a better future overseas.

"It is the truth," Sanon said. "I am not saying this to drive the rift. I am only putting the reality on the table. I am here to help."

The ongoing anti-government protests led by youth groups is evidence, he added.

Can the generation-based divide be solved by driving young people away?

"Does that mean we want Bangkok to become an ageing city?" Sanon asked.

To him, it would be more constructive to focus on what can be done to re-engage the youngsters. 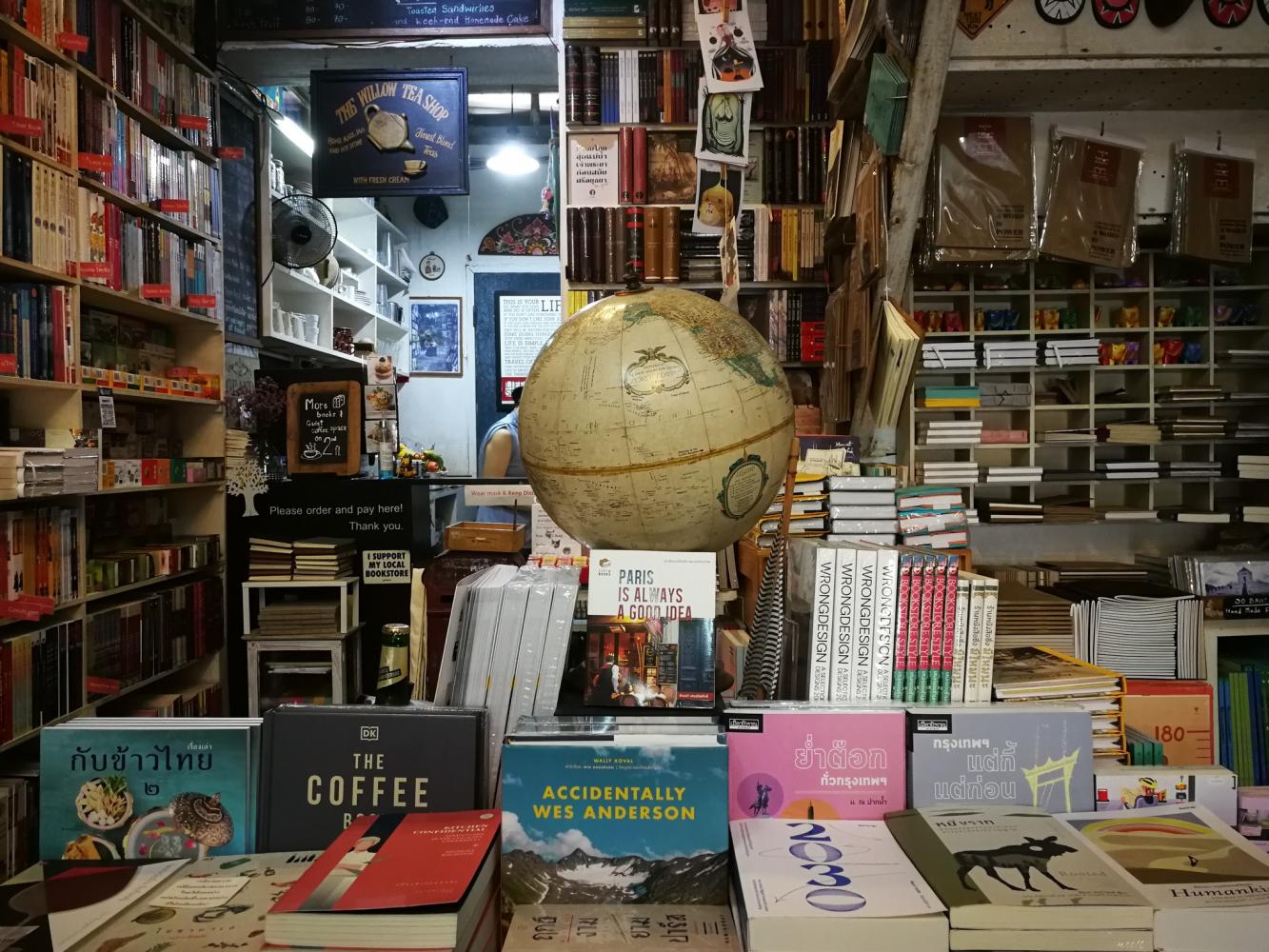 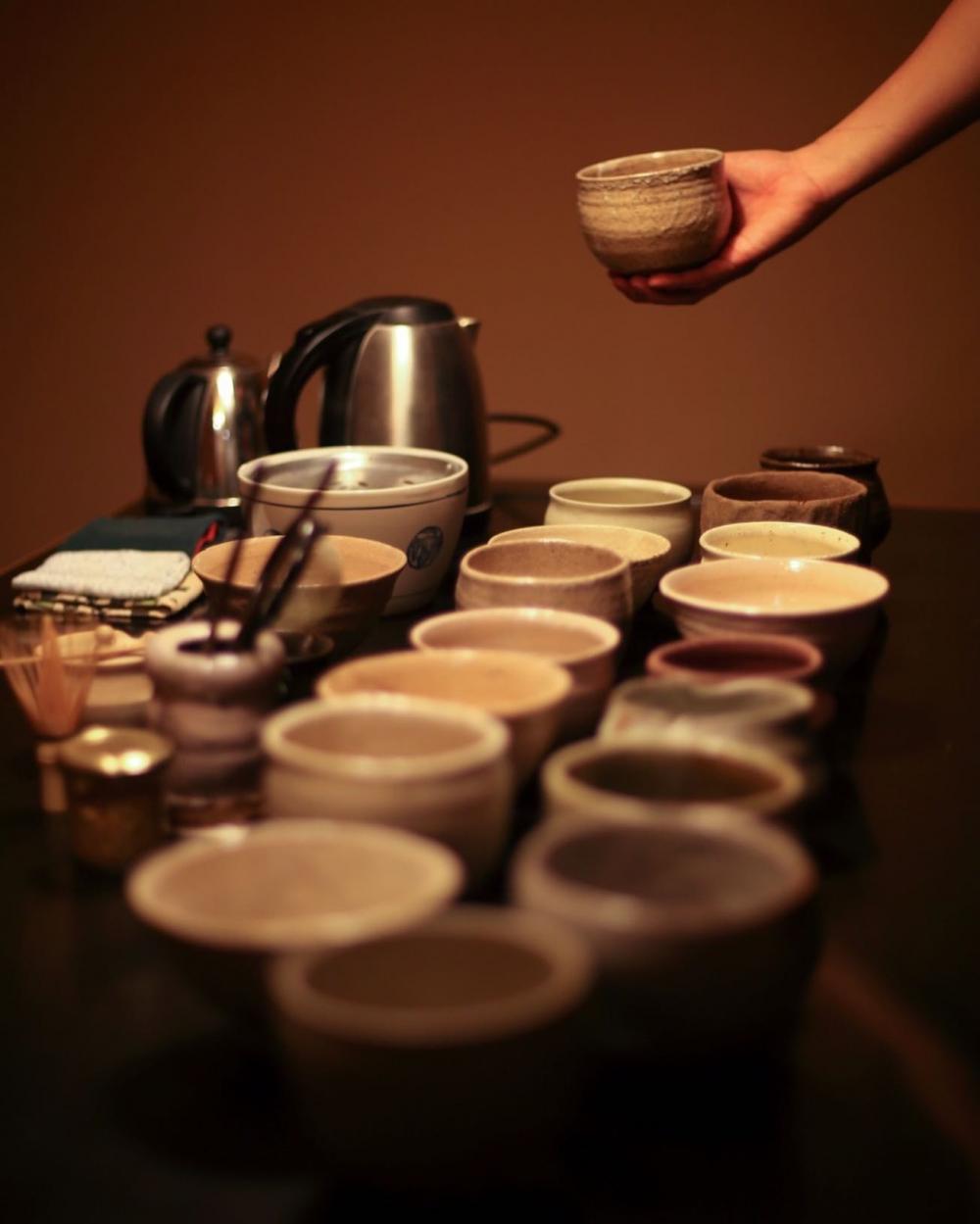 He also believes that people who express a wish to leave the country are in fact those who love it very much. He believes so because he felt like them in the past.

"They want to leave because they want a better life. Instead of chasing them away, the answer should be to make the city and the country a better place, to convince them that they have a chance to make the change," Sanon said.

For him, Open Bangkok is the key to Better Bangkok -- a nod to the Team Chadchart's key messages.

Engagement. Empowerment. Decentralisation. Citizen-centric approach. Public participation. These ideas constantly flew from Sanon's lips as he outlined what he will do immediately and what he will try to achieve in the four-year term.

It is because City Hall can only fix the problems after it gets to know them, Sanon said.

"Each day, we see a host of problems from the Traffy Fondue application. When we open things up we have a feedback loop and citizen participation that are helpful in making everything better." 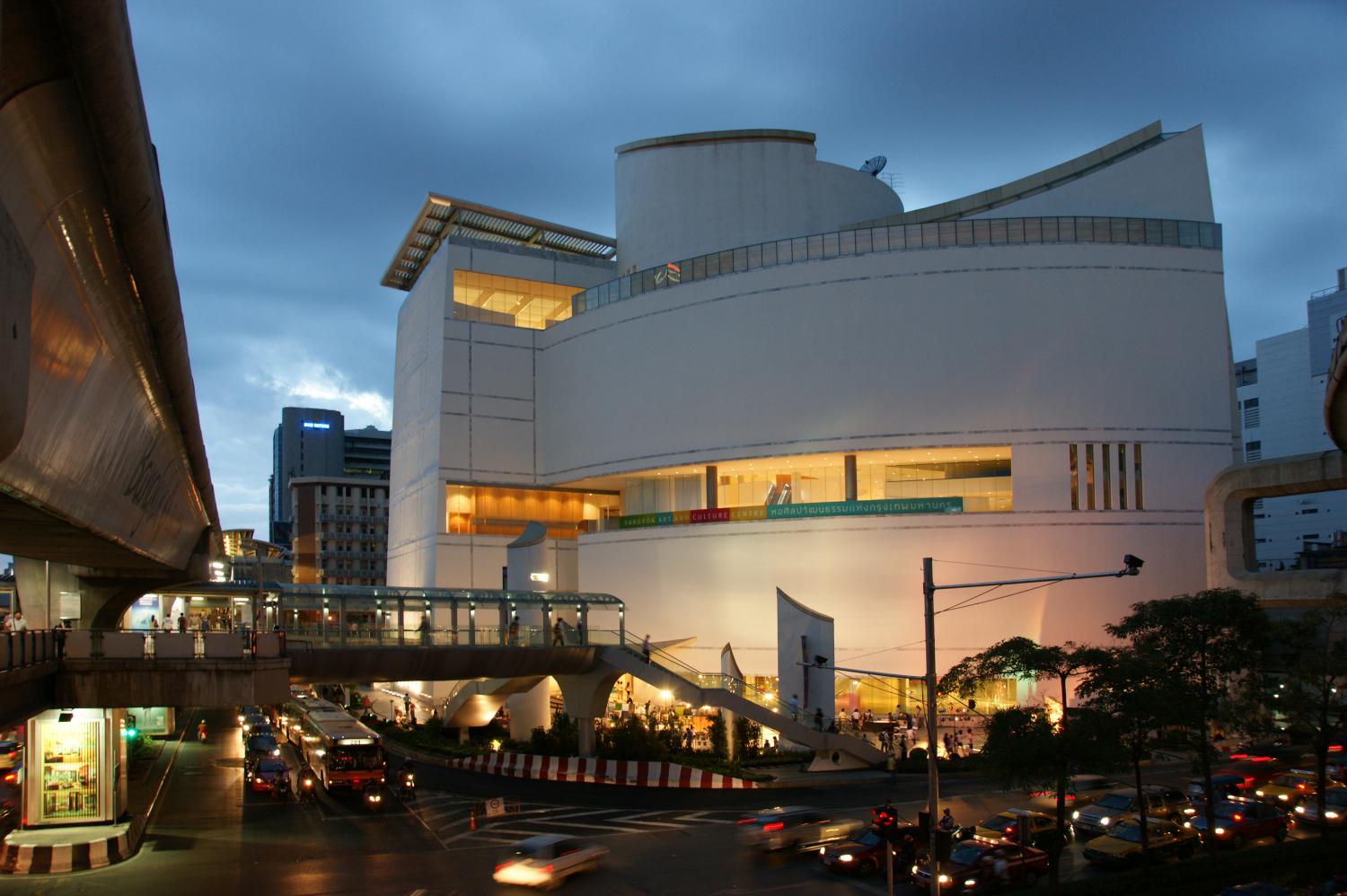 Sanon wants people to see the BMA as a helper, not a hindrance.

"The default mode should be: yes, we can. If there are obstacles, we will find a way to deal with them. But we will no longer put problems first. We put our dreams first," Sanon said.

After launching the soft-power music series, the deputy governor set his sights on rebooting the city's economy.

People have suffered a lot during the Covid-19 pandemic. It is crucial for the BMA to support their livelihoods.

"The BMA cannot give away freebies. What it can do is to open up space in communities around Bangkok and turn them into economic and creative areas. People can visit these places instead of going to malls. We can also give access to these spaces to SMEs," Sanon said.

The power of events is it can shine the light into a dark, forgotten place and bring it onto the public radar.

Sanon cited as an example the recent concert held in the crowded Klong Toey area. Before, few people knew about its existence.

The BMA is no event organiser. It only uses events to organise and empower communities.

This month, the BMA will hold outdoor cinemas in locations around the city. Pedestrian streets and community marketplaces -- part of the administration's plan to develop cultural identities for 50 neighbourhoods -- are also in the pipeline.

A former activist, Sanon is a true believer in the power of civil society.

"These groups, whether they are musicians or LGBTI activists, are brimming with passion and ready to contribute. Bangkok will become better if we can reach out to these interest groups whether they are in communities or the private sector," he said.

Sanon said professionally, he will be judged by the success of the 80- plus action plans under his respon- sibility. 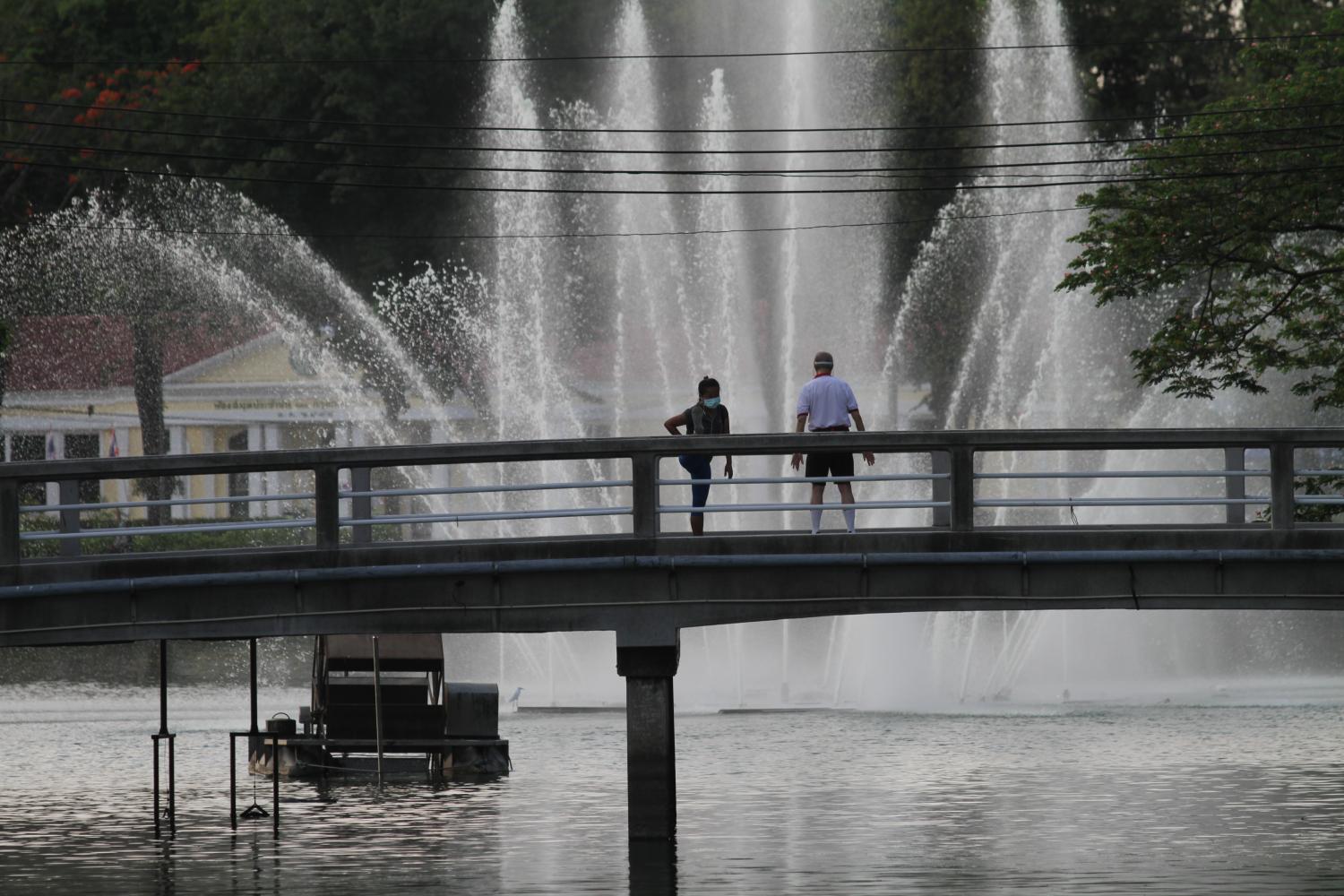 Personally, however, his goal for the next four years is for people to look at the BMA and see possibilities -- to foster a better partnership between City Hall and city dwellers.

"It may be difficult to gauge but a liveable city is often about feelings. Bangkok should be a city of hope.

"In four years or whatever time I have in my tenure, people should see the promise of Bangkok, to think that things are okay, or where they are still not okay to believe that they will be. Momentum is the heart of positive change," Sanon said.

When Sanon Wangsrangboon feels down, he goes biking. "I cracked some hard tasks when cycling. The speed is human, not motorised. Biking also allows me to see the city for what it is, to spot something new. It is probably a form of meditation for me," Sanon said.

His favourite spaces in Bangkok are:

"It is a unique space right in the heart of the city. Its character is like an uncle sitting quietly at a busy junction full of youngsters. It is a giving space that does not demand anything from us."

"I went by the bookshop frequently. The owner recommends good books. The latest one I bought is Paed Khunkhao (Eight Mountains, the Thai translation of Le Otto Montagne by Paulo Cognetti).

"The pottery studio belongs to my friends. It is located in Chinatown. It is a place to sit, a comfort zone."

"It is one of my favourite parks because of its bike tracks. It is also good for family outings and picnics."

"Good for running and several other activities. It is also a great meeting place."