More than 130 artworks by leading Thai artists will go under the hammer during "Let's Crossover" at RCB Auction Room, 4th floor of River City Bangkok, Charoen Krung 24, on Saturday at 2pm.

Presented by the Art Auction Center, this ultimate art auction is a rare opportunity for collectors to bid for outstanding works by both respected masters and emerging artists, many of whom are recognised internationally.

The creations show their perspectives on various facets of society and reflect their inner emotions as well as hidden myths. They address various issues that can be loosely divided into six themes -- "Scenery", "Site Of Beliefs", "A Part Of Mind", "Surrealism", "Nature In Abstraction" and "Social Criticism".

The most valuable artwork for this auction will be Spirit To The Nirvana, a 2006 acrylic on canvas by master Chalermchai Kositpipat. It is estimated to be worth around 6-7 million baht, but its bidding price will start at 4.9 million baht.

An interesting piece is Silpa Bhirasri, a large portrait of Ajarn Silpa (Corrado Feroci) in his younger years while in Florence, Italy. It was created by Sakwut Wisetmanee for a poster marking Silpa Bhirasri Day for Silpakorn University in 2019. The successful bidder will also receive the original poster with the artist's signature along with NFT images. 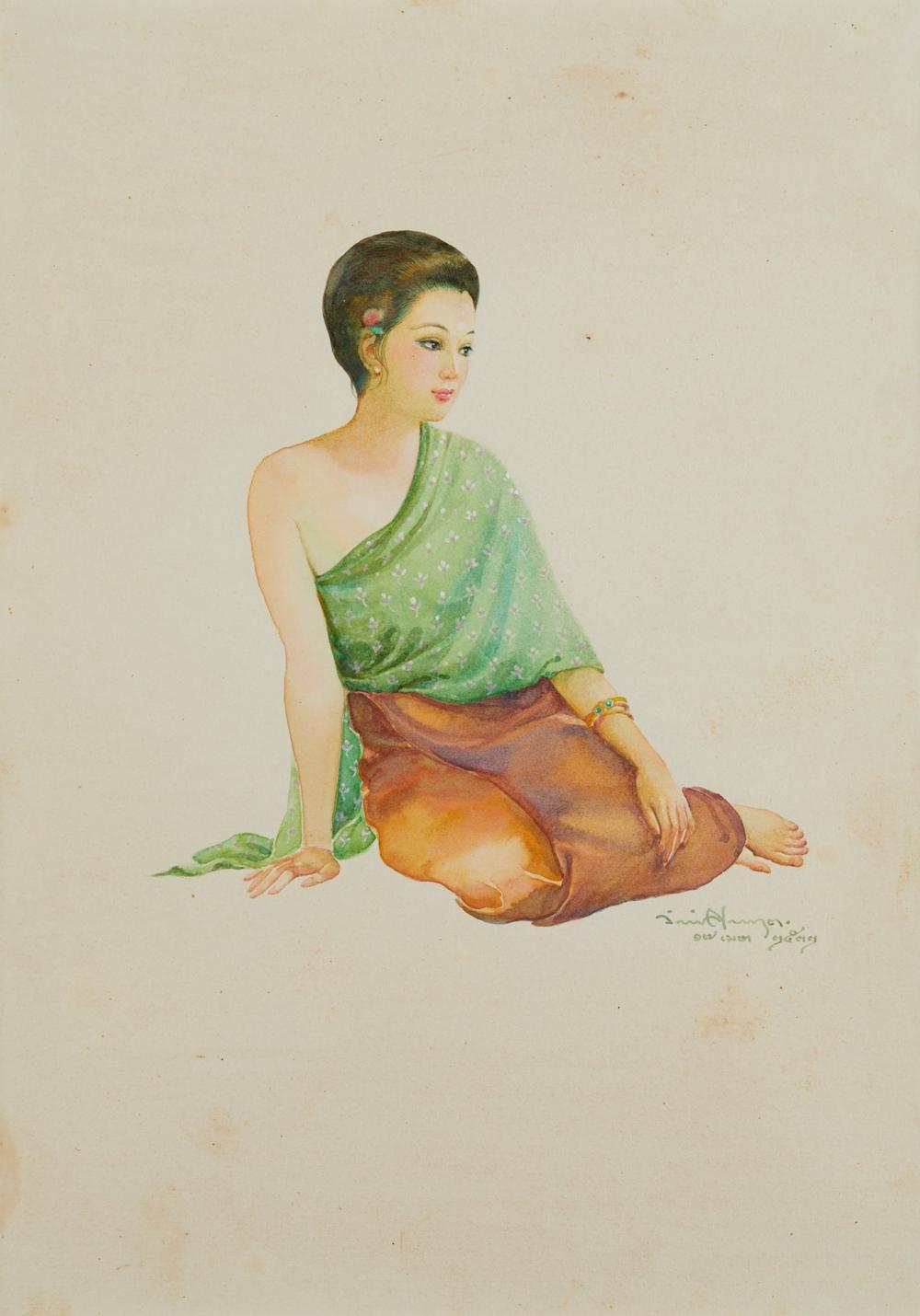 Hailed as one of the most famous and rare pieces in the auction is Pangrum, a watercolour painting of a woman in a Thai traditional costume by Chakrabhand Posayakrit. For this work, he painted without sketching first, a procedure achieved by very few artists in the country.

The auction will also feature Emerald Lake, an abstract in oil on canvas by Pratuang Emcharoen, a highly successful artist whose works normally fetch very high prices, including the one that was recently auctioned by Christie's for 20 million baht.

Other highlights are works by new generation artists including Appear by Gongkan, Where No Once Stands Alone by Suntur, Forbidden Suit by Line Censor, and People Always Leave. Don't Get Too Attached by Molly.

Also, expect to see artworks by three actors from GMM -- Bright, Tay and Earth. They are auctioning their creations to raise money for charities.

All works are currently on display at the RCB Galleria 1 and RCB Photographers' Gallery 1 on the 2nd floor, daily until 12.30pm on Saturday.