The new Tourbillon 24 Secondes Architecture is both style and substance

published : 5 Aug 2022 at 05:00
newspaper section: Life
writer: Noko
A large synthetic sapphire crystal ring envelopes the periphery of the caseband for an intimate view of the movement.

Each year Greubel Forsey makes around 100 watches only, and the 2022 production will include 11 of the new Tourbillon 24 Secondes Architecture.

Imaginatively described as "a city on the wrist", the timepiece is a feast for the eyes, occupied by a vibrant and urban movement yet with space for it to breathe and precisely beat at 21,600 vibrations per hour.

Since 2004, the avant-garde brand has disrupted haute horlogerie through its Art of Invention and Ar(t)chitecture concepts.

The latest member of the Collection Convexe, the Tourbillon 24 Secondes Architecture is unlike previous Greubel Forsey models, due to the aesthetic and technical integration that include the atypical case, purposeful construction, sculptural components and mechanical movement.

From the dial side, the titanium case seems perfectly round while from other angles one can see the convex shape, which despite the large dimension, ergonomically ensures comfort on the wrist.

The diameter around the caseback (47.05mm) is wider than the bezel (45mm). The resulting volume fully showcases the movement architecture while at the same time giving the impression of being significantly smaller than its actual size. 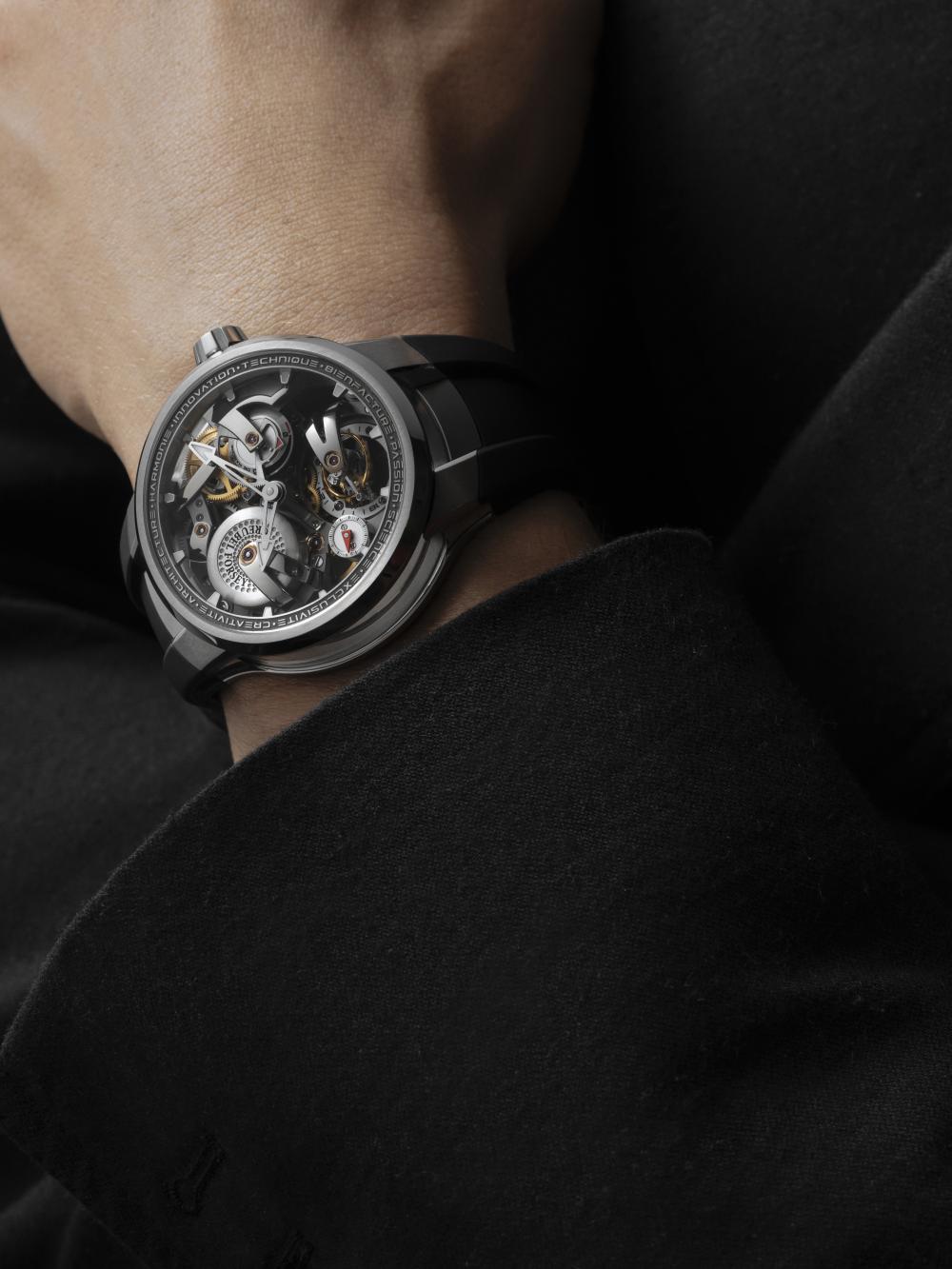 From the front, the titanium case seems round but from other angles its ergonomic convex shape ensures comfort on the wrist.

Pushing the envelope further still, the case also resembles a conical frustrum in its geometry.

A large synthetic sapphire crystal ring envelopes the entire periphery of the caseband, which makes the movement visible from above, below and from every angle around it.

This new case construction enables an unobstructive view of even the smallest detail while allowing light to penetrate almost unhindered to reveal the architecture, along with a play of shadows and reflections.

The horological landscape is centred by two curved, open-worked and polished steel hands indicating the hours and minutes. The time indication is completed at 8 o'clock by a small second display on a cylinder with polished flanks.

The three-dimensional hour-ring is encircled by the bezel, engraved with the Greubel Forsey cardinal values. 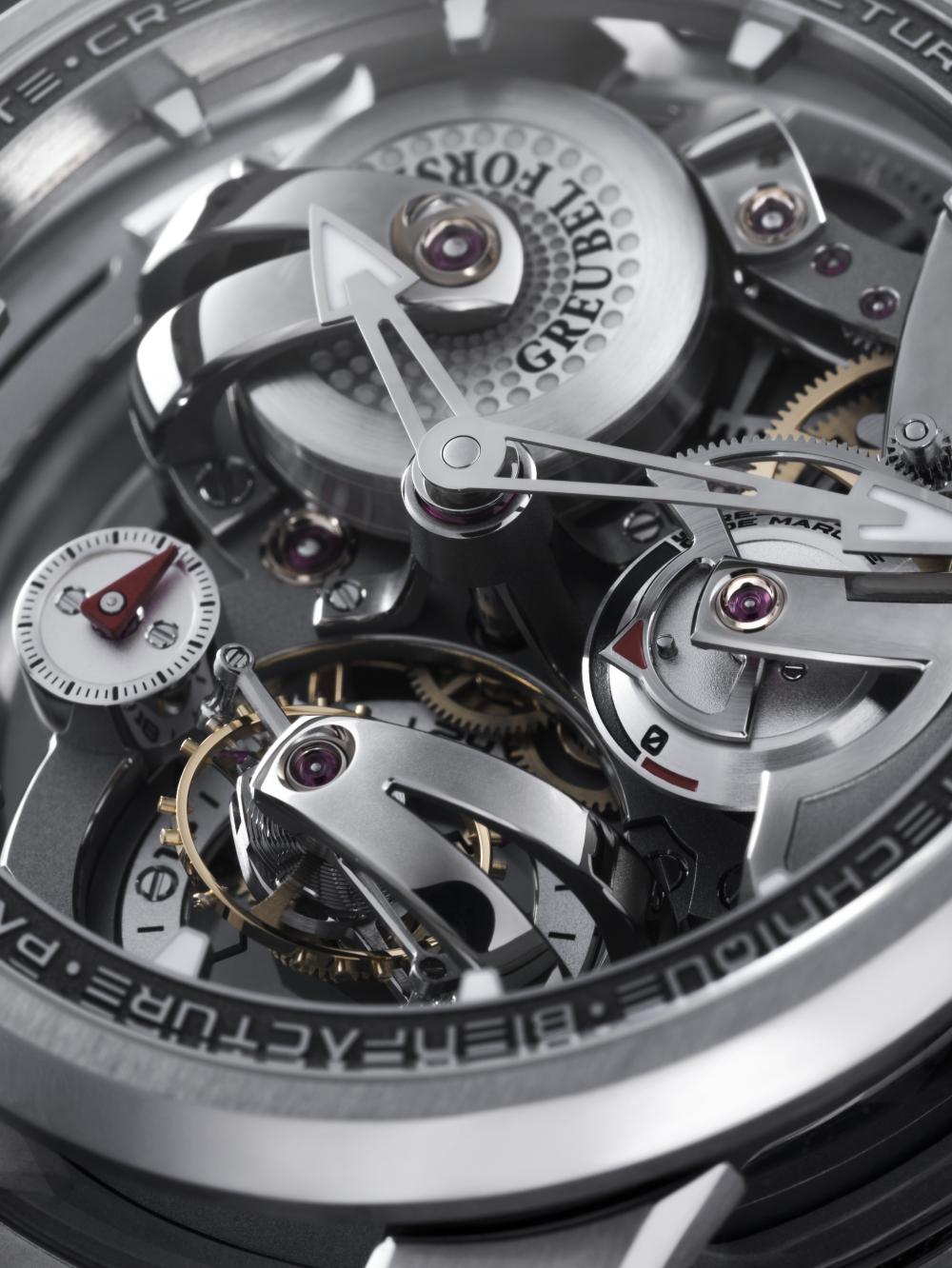 Polished titanium bridges wind their way through the movement.

Architecture, Harmonie, Innovation are three of the nine values instilled by founders Robert Greubel and Stephen Forsey, who respectively oversee creative design and lead technical development at a futuristic atelier in a historic farm located in La Chaux-de-Fonds, Switzerland.

The French and British watchmakers have improved the performance of existing complications and radically advanced haute horlogerie through inventions such as Double Tourbillon 30°, Quadruple Tourbillon and Tourbillon 24 Secondes.

To solve the problem of the oscillator's critical positions in relation to gravity, the Tourbillon 24 Secondes uses a fast rotation speed in addition to a 25-degree inclination that contribute to superb chronometric performance.

On the Tourbillon 24 Secondes Architecture model, the mechanism is moored at 6 o'clock from a large spherical and openworked bridge, whose base remains hidden by design.

Polished titanium bridges immediately stand out from the frosted finish of the mainplate and weave through the hand-wound movement boasting two patents. 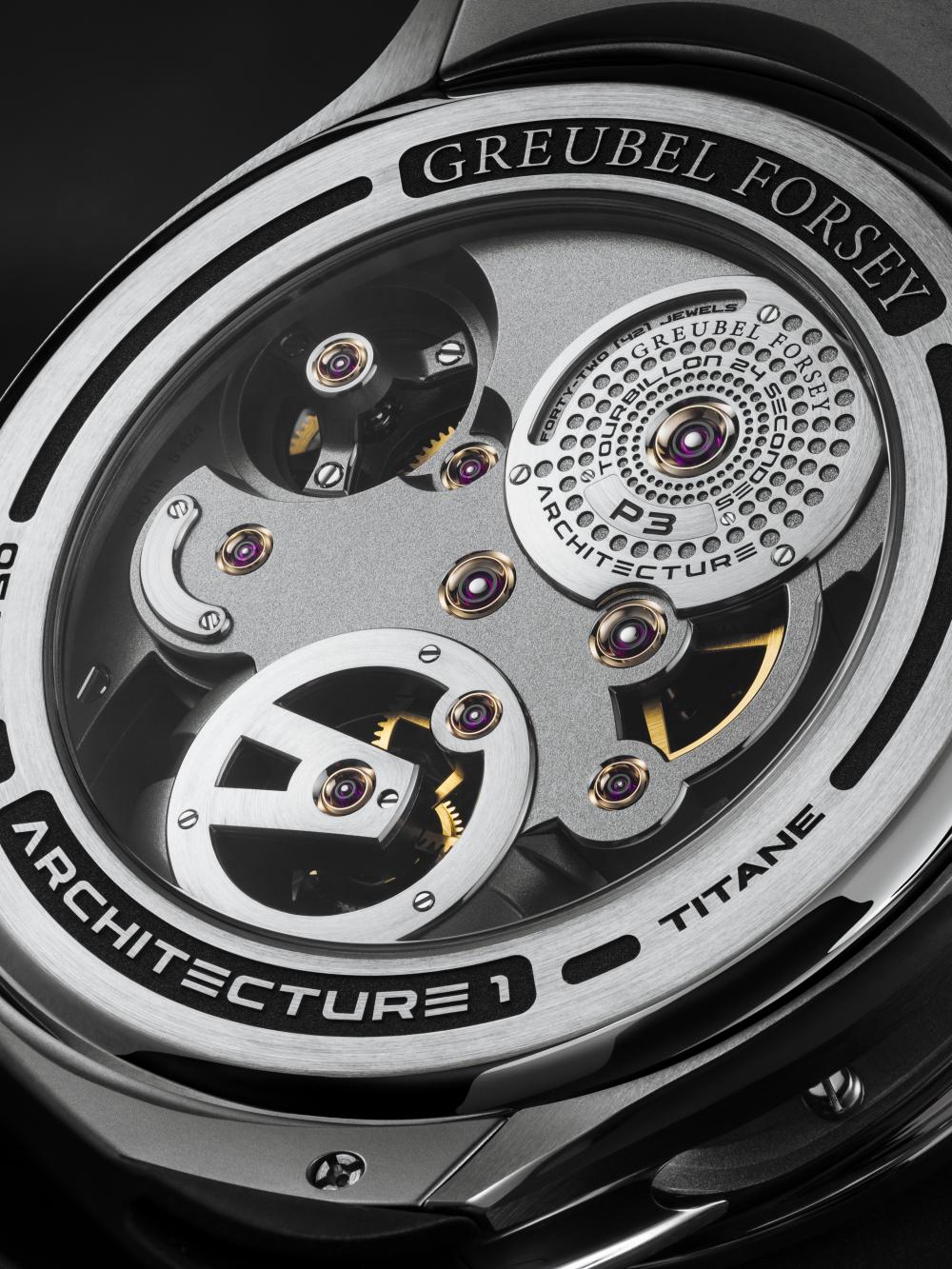 The 354 parts are sculpted and arranged asymmetrically yet harmoniously. Each component is suspended in an unexpected three-dimensional plane, yet it is exactly where it should be aesthetically and technically in relation to every other part.

At 10 o'clock, the sculpted barrel bridge draws attention to the engraved, lacquered and circular-grained barrel cover.

The caliber's energy source provides 90 hours of chronometric power reserve, indicated at 3 o'clock by a moving red triangle over a conical disk, held in place by another polished titanium bridge.

After the first issue of 11 pieces, Greubel Forsey will produce 18 pieces a year between 2023 and 2025, totalling 65 of the standout Tourbillon 24 Secondes Architecture. 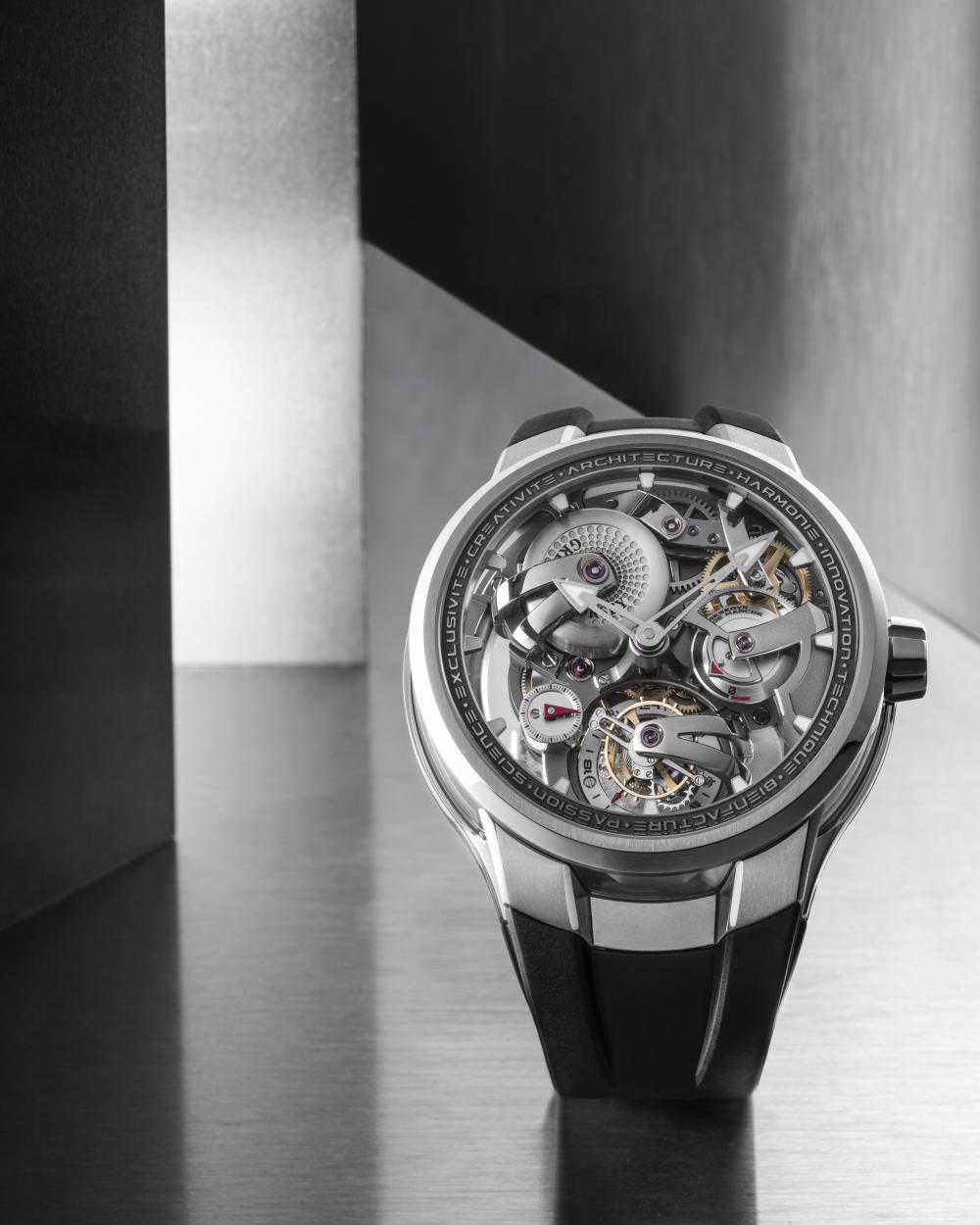 From the front, the titanium case seems round but from other angles its ergonomic convex shape ensures comfort on the wrist. (Main pictures)

Polished titanium bridges wind their way through the movement.