Broaden your horizons with new skills

Learning doesn't always have to be all about academic matters. You can still pick up new skills and hobbies no matter how old you are. Guru has gathered a list of interesting workshops and private classes for you to never stop growing (metaphorically). We also asked workshop instructors what they have to offer their students and their backgrounds as food for thought. 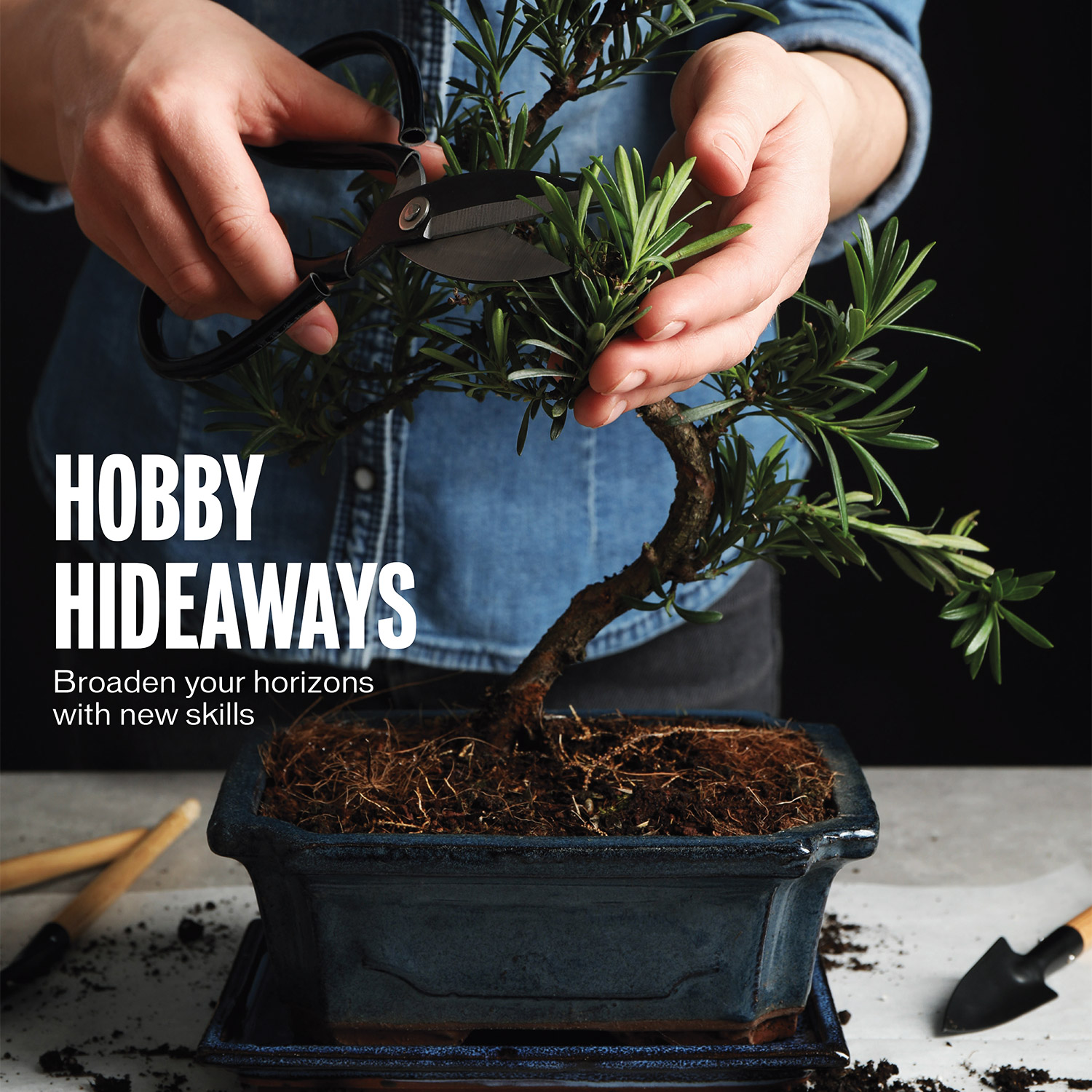 If you're looking for a relaxing way to bring out your softer side while getting in touch with nature, you will love a bonsai workshop with Pongsai5 (bit.ly/3cPFuRT). "Pongsai5" is the code name of Ittipol "Pong" Hutchavalun, an experienced bonsai artist and instructor, who has been involved with the Japanese art of growing ornamental dwarf trees for more than 30 years. His background shows the endeavour of a man who has turned his passion into purpose. "I started making bonsai when I was a desk worker decades ago. Well, I shouldn't say "make" because I came about as a bonsai collector as my hobby back then. I'm impressed by the delicacy and beauty of a well-manicured bonsai tree, which, to me, is an art form that depicts the discipline of an artist. It's always a light-hearted activity for me to take care of a plant while designing a scenic landscape, in which the only space I've got is in a plant pot." 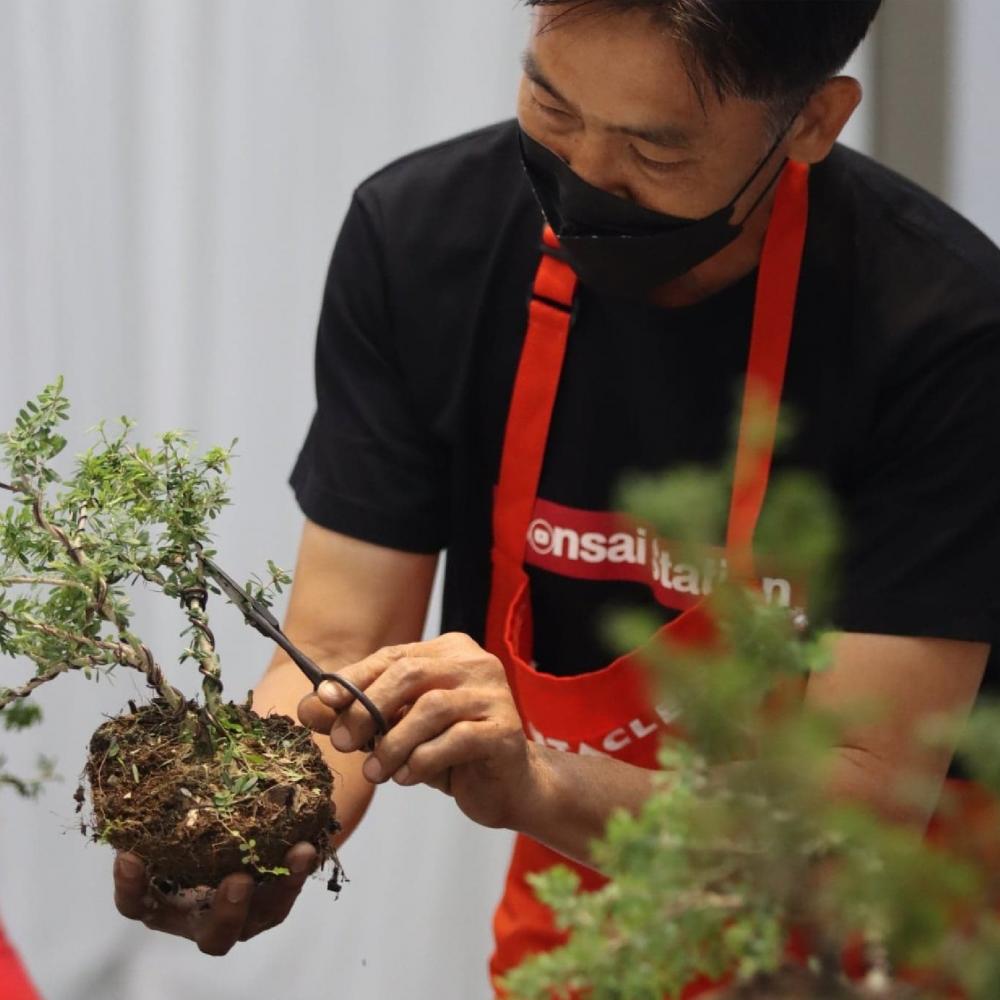 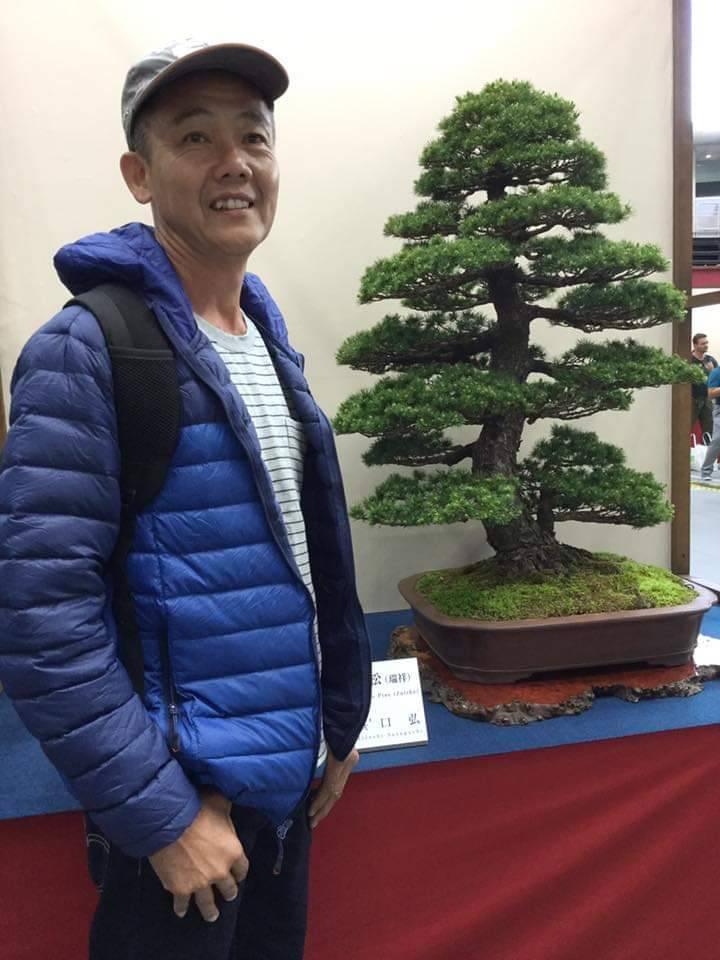 Pong says back when he started, bonsai was a niche in Thai society. Even though he knew a couple of bonsai vendors, finding someone or somewhere where he could hone his skills was rare. "It was just trial and error if you ask how I became a bonsai artist. I learnt most of everything by myself and from books." After years, Pong decided to step forward, becoming a bonsai instructor to pass on his knowledge and experience. "I spent years mastering bonsai and it paid off at bonsai contests. I was also invited to be a judge in regional competitions, which proves that I can be a bonsai sensei.

"In my class, you will learn the ins and outs of bonsai, which is divided into two sections, theoretical and practical." Aspiring bonsai artists can book a seat at "Bonsai Workshop by Pongsai5" on Sunday, hosted at Narathiwas 22 (fb.com/TentaclesN22), which will set you back B2,700 per person. "You will be covering shape and design theory, followed by a hands-on session where you can do some trimming and wire-bending to make basic shapes."

It's in the cards

Fancy learning witchcraft? You have to meet Atiwan "Wine" Kongsorn, who is probably the closest thing to a sorcerer. He is a professional tarot card reader at the witch-themed cafe in Lat Phrao, Ace Of Cups (bit.ly/3bafvUU). He says the perception of tarot reading in Thai society are misunderstood and many are unaware of the purpose of the sacred ritual. "In the public eyes, tarot reading may often be perceived as just another form of fortune telling." He says that all the shuffling and reading he and his people do enlighten their spirits. The workshops he hosts offer the core of tarot-reading and how to apply it to everyday life as a tool to uplift your spiritual growth. 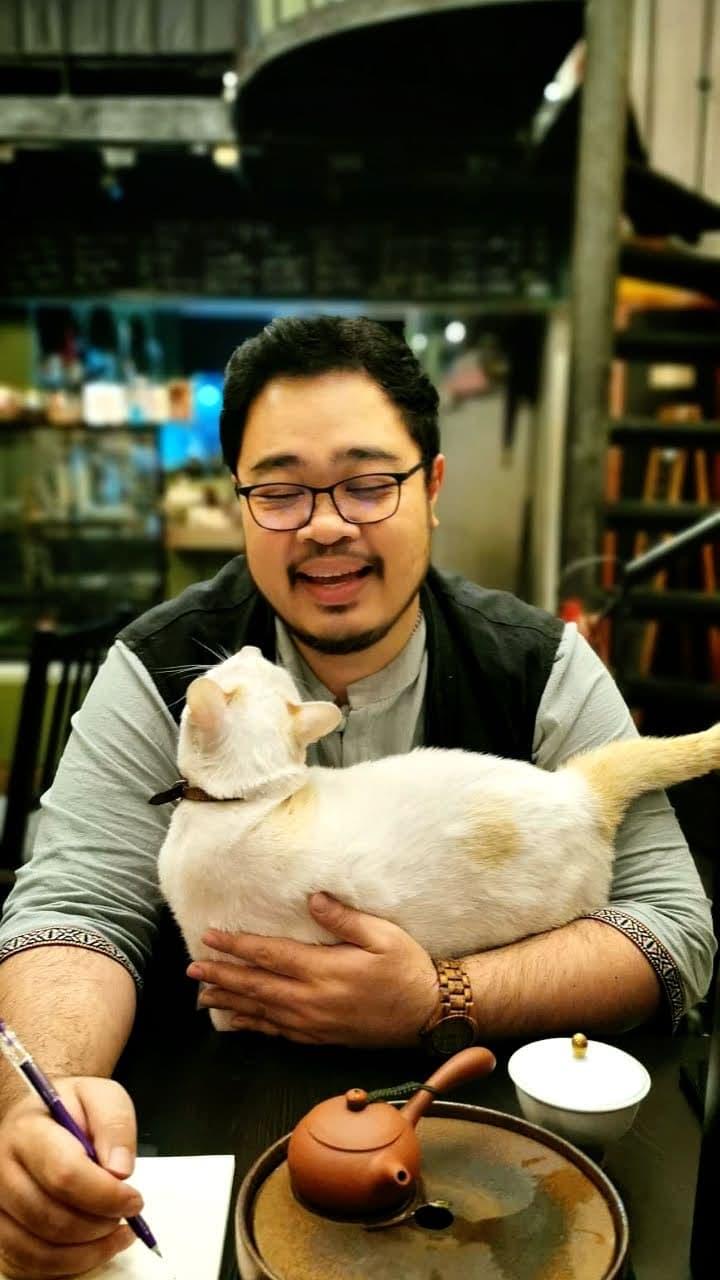 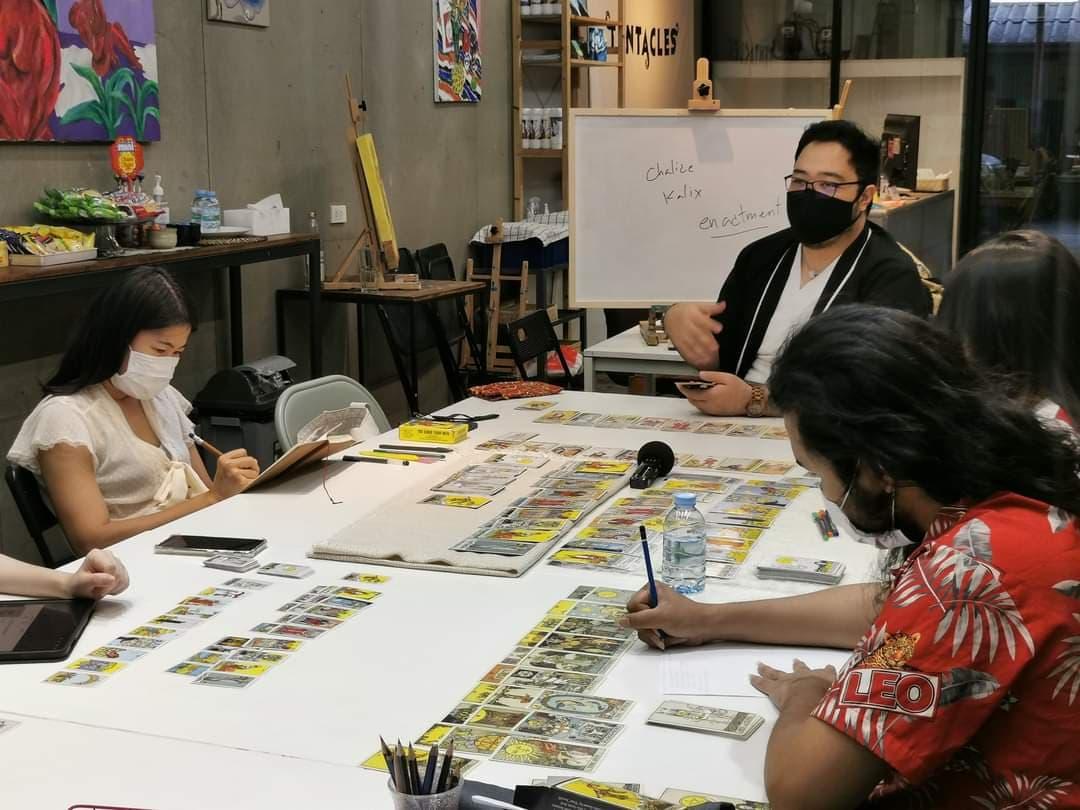 Join Wine at Tentacles Workshop on Narathiwas 22 (fb.com/TentaclesN22), where he will be guest instructor for a four-day class. Scheduled on August 6, 13, 24 and 27, the course introduces the meanings of each major and minor arcana and how to shuffle and read them for spiritual growth and divination purposes. Aspiring future readers are required to bring their own deck of Rider Waite, which is available at bookstores. The workshop costs B5,000 and you get a B100 discount per person if you come in twos or a group.

Palanont "Earth" Chantarasian quit his regular 9-to-5 job to pursue his passion for terrarium landscaping. He founded Curve Studio (fb.com/curvestudio.bkk) in Lat Krabang, where he teaches a private terrarium workshop. "Around five years ago, I suffered from burnout at work. I decided to take some time off for myself while I found a hobby that helps relieve stress and regain my balance -- that was making a terrarium." Earth says that making a terrarium evokes memories of his childhood when he used to make his own garden with rocks, flowers and plants he found in his parents' backyard. "To me, making a terrarium or garden landscaping in a sealable glass container is my way to be calm while embracing nature. I can also unleash my creativity, portraying picturesque scenery in my mind and make it come alive." 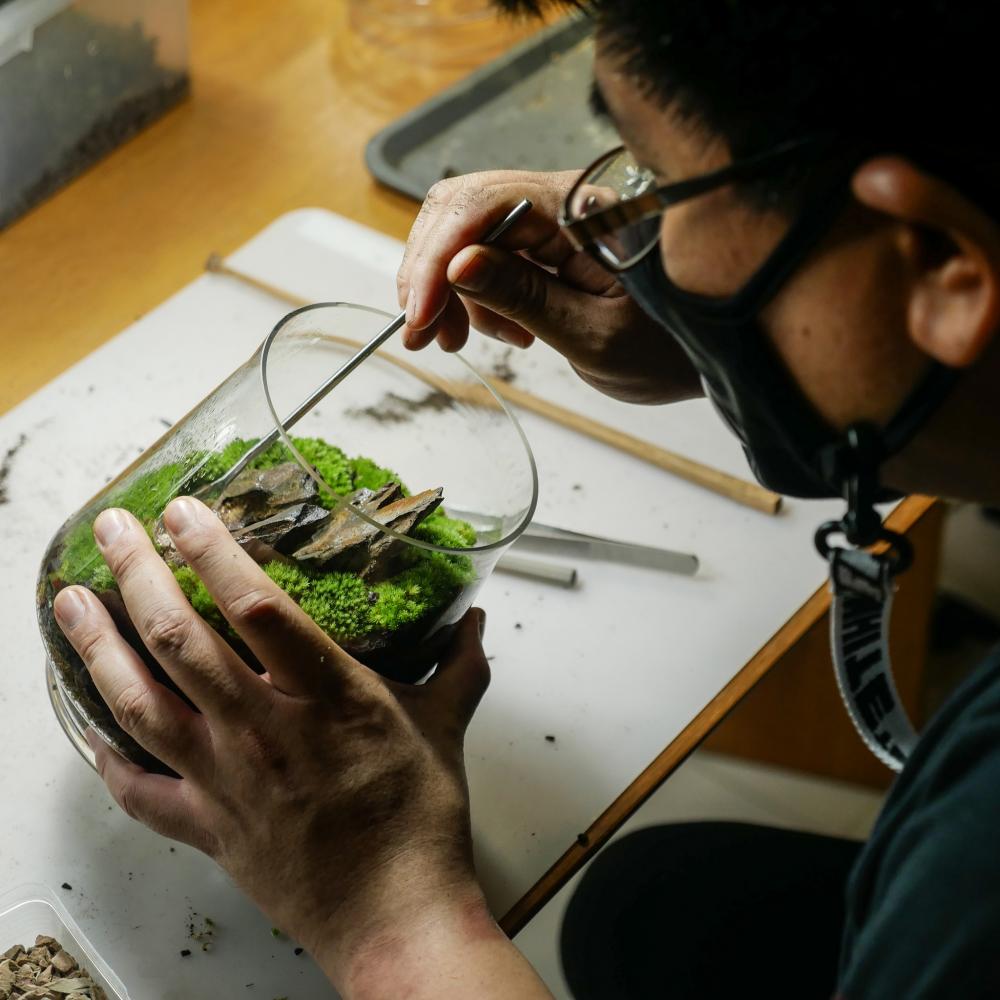 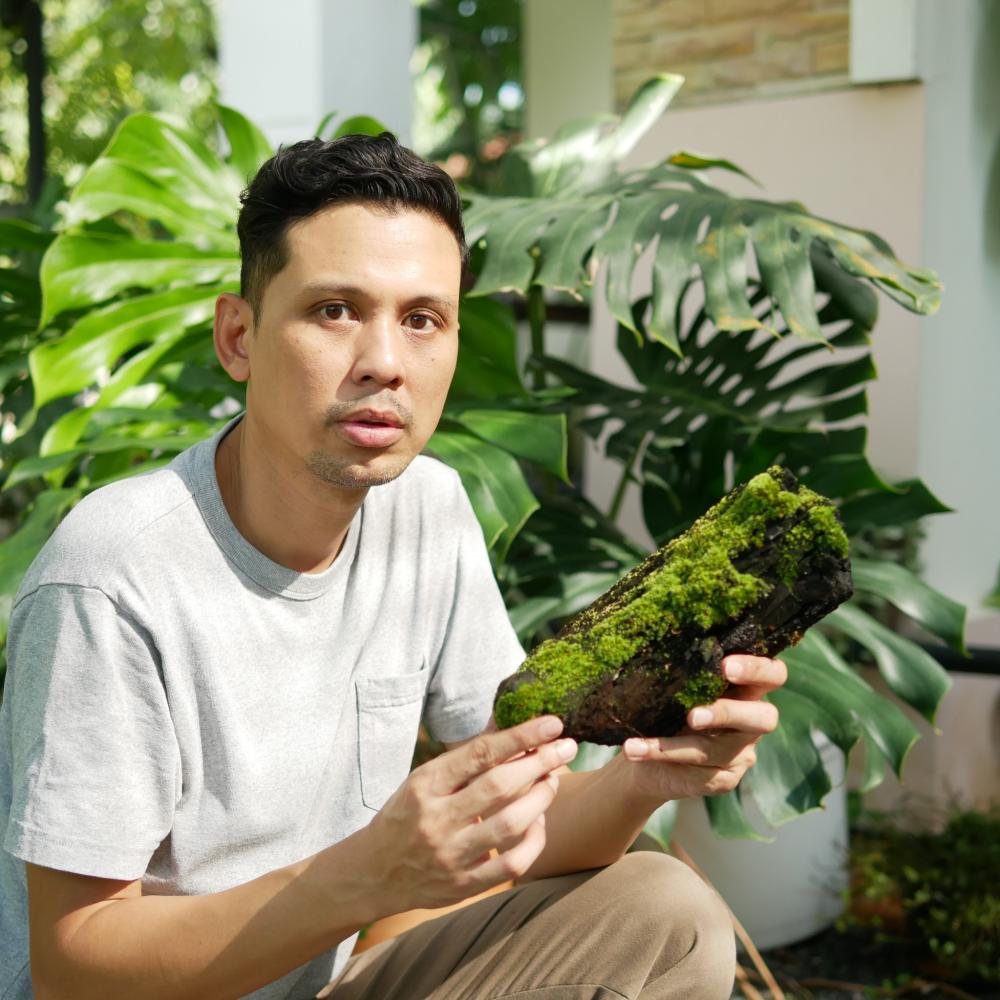 One of the pain points he found about terrarium-making (after his students complained) is that the garden in a jar dries up or goes rotten quickly. "I've been asked by my students why a terrarium they've bought or made dies after a few weeks." For B4,000 per class with only two students, Earth will teach you the basics of making a terrarium, while explaining the ecosystem inside a terrarium. "I'll guide you on everything you need in terrarium-making, starting from how to choose and where to find materials and equipment, how to treat moss, which is the heart of your tiny garden in a jar, to how to maintain the terrarium in the long term and tip off problems you might encounter." No more dead gardens in jars.

If you think shooting analogue is tricky, you should see how to get photos out of a roll of film. Peera "Pee" Wongpanya, a workshop instructor at Analogue (fb.com/AnaloguebyFotoinfo) runs rotational photography classes for aspiring film photographers. The studio where he works is under Fotoinfo (fb.com/Fotoinfo.online). It's a photo club tucked away on the third floor of Seacon Square on Srinagarindra Road. 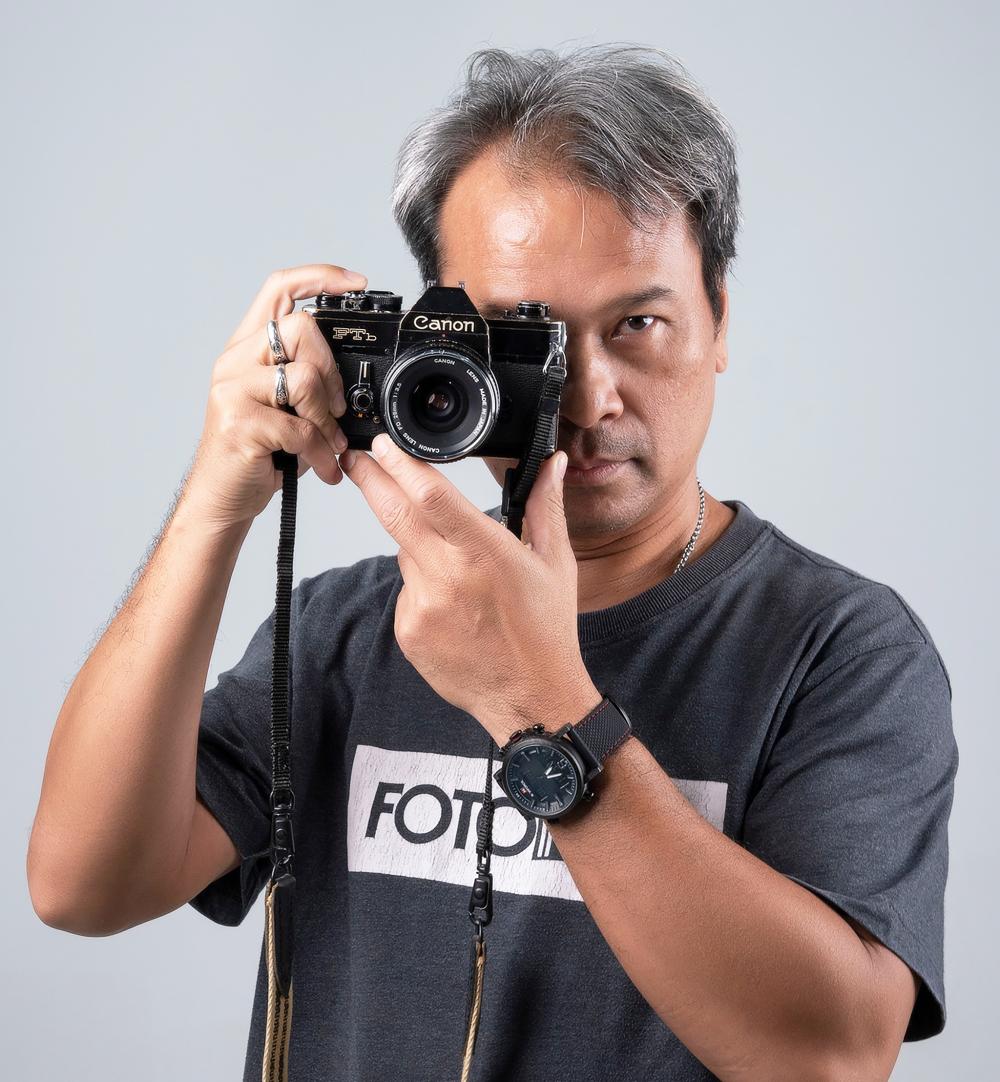 "For as long as I can remember, I've shot films." After graduating, Pee got a job in a dark room and photography set for a local magazine, where he took photos and was responsible for laying out the magazine's artwork. "Working as a photographer in the analogue era was challenging yet fun because every shot had to be perfect as shooting film has its limitations." When digital took over, he stopped shooting with a film camera until he joined Analogue by Fotoinfo. Photography enthusiasts, especially those who love the clicking sound of a film camera, can book a film-developing workshop with Pee at Analogue for B399 per person. This month's special class is a B&W film development and the next class will be hosted on Aug 6. For digital photographers, check out photography classes at Fotoinfo's Facebook page, which offers basic to advanced courses.

Get in touch with Thai culture through traditional floral garland classes at Rrin ThaiCraft (rrinthaicraft.com) on Rama III Road. Coming straight out of the Royal Traditional Thai Crafts School for Women, Rrin "Ple" Pattarapornpaisarh spent a year mastering traditional Thai crafts, learning from the Thai royal households of the Grand Palace. "You may be surprised if I told you what I did before teaching Thai crafts. I was a marketing officer who never took my eyes off computer screens. However, I decided to take a break from working nonstop. Crafting a floral garland was on my bucket list, so I enrolled in the Royal Traditional Thai Crafts School for Women. Studying there was like going back to high school, where I had to wear a uniform and study from Monday to Friday in a classroom, not to mention exams and semester breaks. 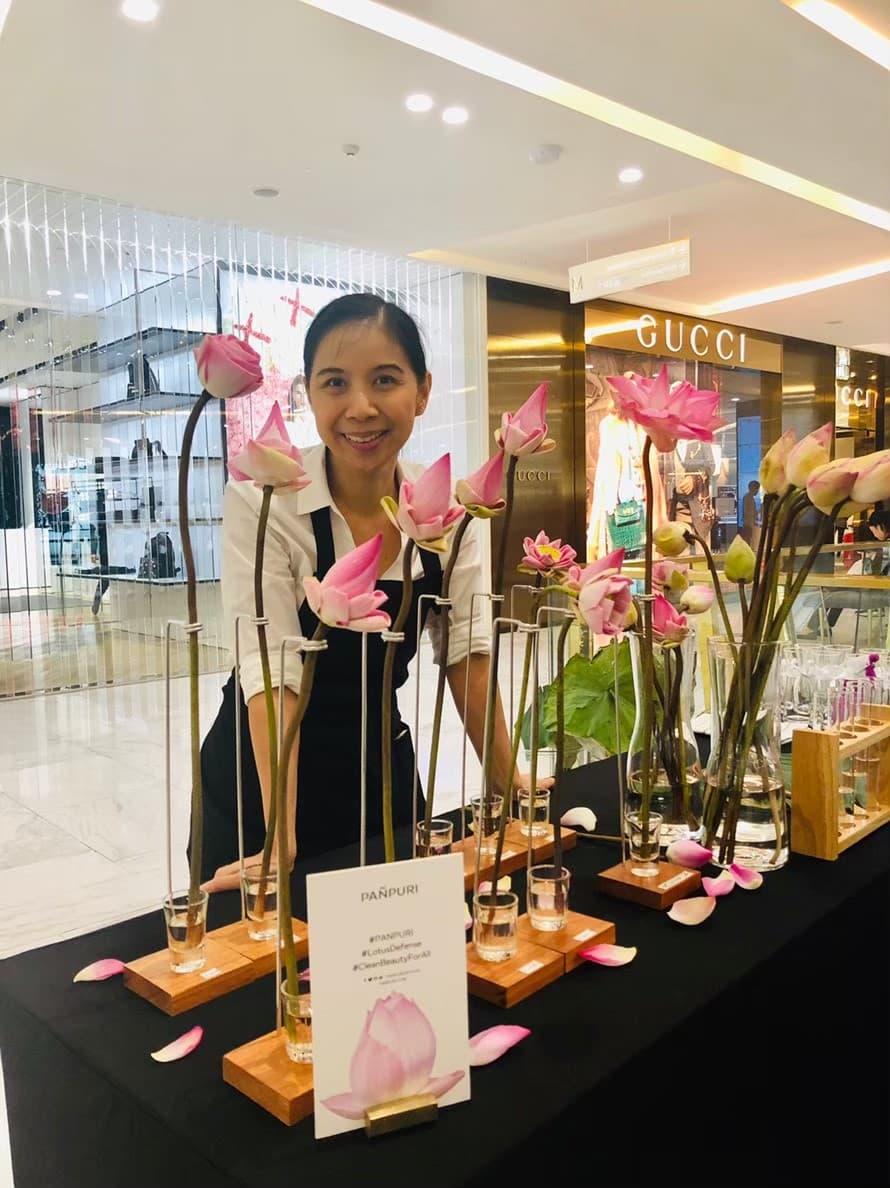 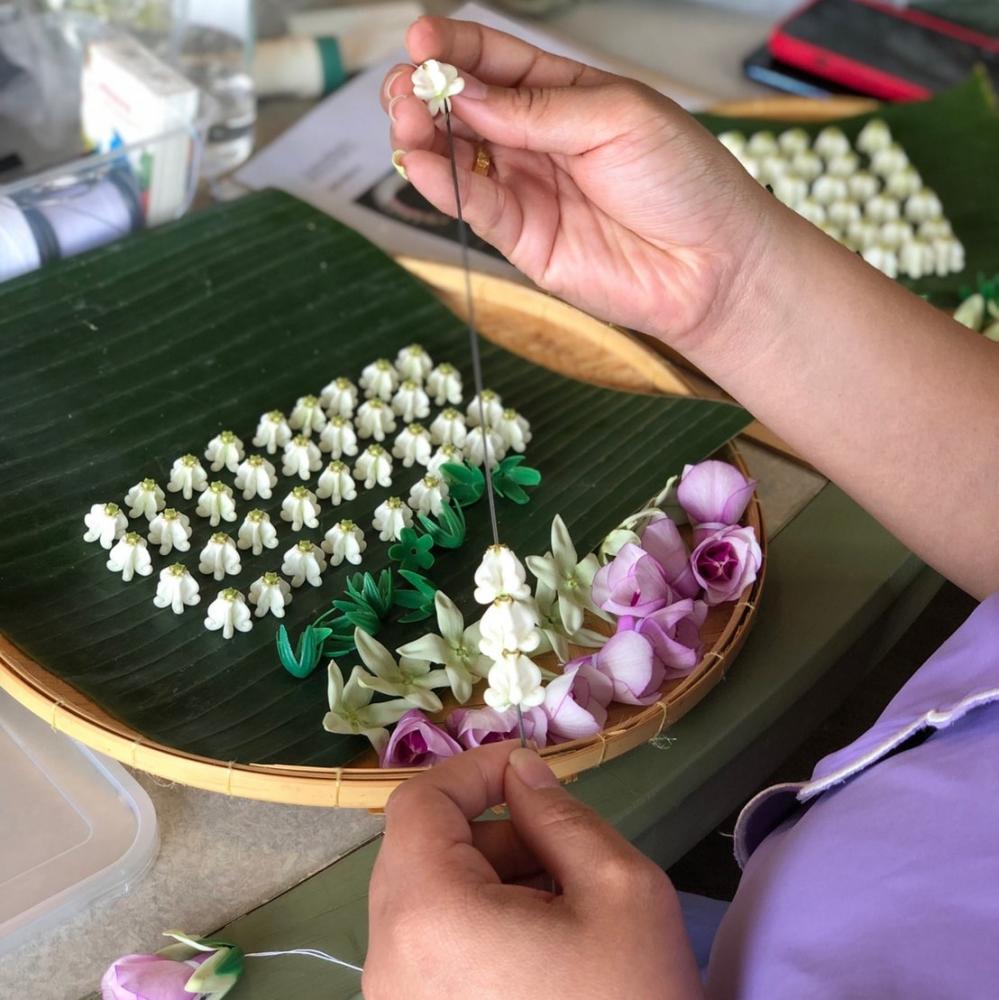 "I was taught about crafting Thai handicrafts that are used as decoration in royal ceremonies. The time I spent studying wasn't only about getting crafty but also embracing Thai culture and you can't find this experience anywhere else." The teachers spoke in an old tongue and gave lectures using royal Thai words, with the rule that students must follow their teacher step-by-step without question. However, she was afraid that this noble heritage of Thai crafts would be forgotten as it's too difficult to understand and accessible. Therefore, after graduating, Ple opened a studio, where she conveys knowledge and Thai culture to others at her private Thai craft classes. "It felt like a duty to me to pass on what I'd learned to others in order to preserve Thai culture."

She has compiled everything about making a Thai traditional floral garland and other forms of floral arrangement into a series of classes, which students can complete in a shorter amount of time. "I titled my course 'Lady Sri Rattanakosin', which comprises 10 fundamental classes in learning how to make floral garlands." Ple offers the foundations of floral garland-crafting, including how to make each style and part of a floral ornament in traditional ways. "By teaching my students the basics, they will be able to adapt to something more advanced, which they can mix and match their crafts with my techniques, as everything is adjustable." She also gives tips on the technique of how and where to buy the freshest and finest flowers.

The workshop at Muchimore (fb.com/muchimorelife), a mind-relaxing sanctum in the Srinagarindra neighbourhood, isn't about picking up new skills -- you learn more about yourself. Nuttapong "Snutt" Sotornwattana is dedicated to building a community that encompasses the understanding of a balanced life. The name "Muchimore'" is derived from Pali, which translates as "balance". The classes are focused on developing activities and self-awareness workshops, with a "self-dating experience" class being one of the recommended ones. 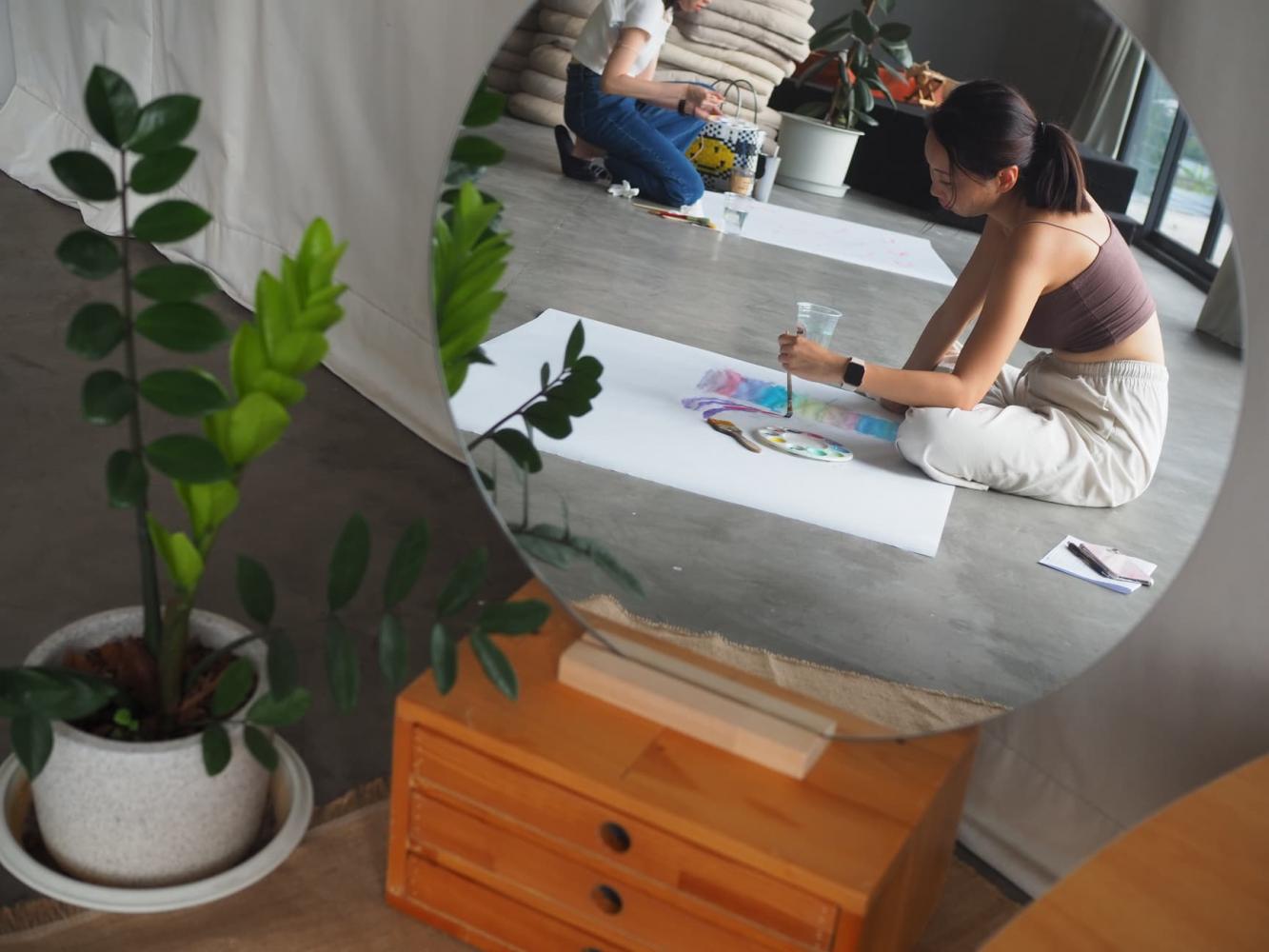 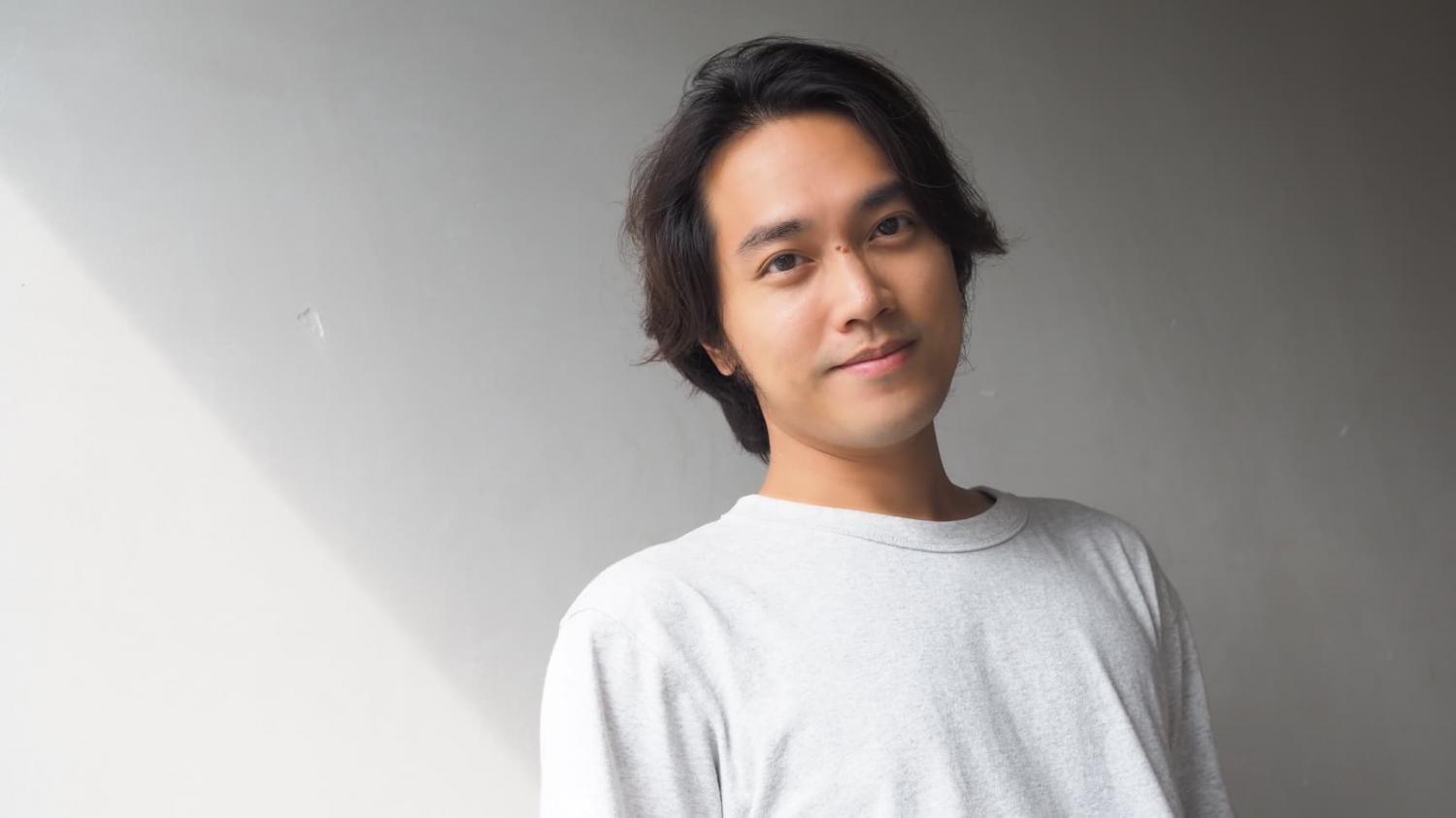 "Bangkok's traffic makes me sick, which triggers imbalances and unpleasantness I feel about struggling in this concrete jungle. However, the chaos I see is often caused by selfishness, especially in the competition for survival. But it's okay to put yourself first I guess," says Snutt. Therefore, he has created a community where everyone can regain their balance while listening to their inner voices. "There is much more inside," Snutt adds.

On August 12, 20, 21 and 28, his "Self-dating Experience" class (B1,450/person) lets you reconnect with yourself through self-awareness activities, such as body fine-tuning, self-letter writing and emotion painting. "The class is built on three pillars: awareness, authenticity and balance. All help you feel comfortable in your own skin, which results from reviewing and having a deep conversation with yourself. It might unlock something in you or find what you've been missing."