Making the least most

Its independence gives the freedom to be such a very rare company, whose portfolio ranges from minimalist to exceptional timepieces.

For example, the "less is more" Endeavour collection is a reinterpretation of a classic round watch while Pioneer is a family of classy yet robust sports watch.

The quintessence of the minute repeater has been extracted, and the complex chime mechanism for the hours, quarter-hours and minutes appears on the upper left of the dial.

The hammers and gongs twirl in a consummate ballet, accompanying the dance of the one-minute flying tourbillon behind a skeletonised bridge at 6 o'clock. 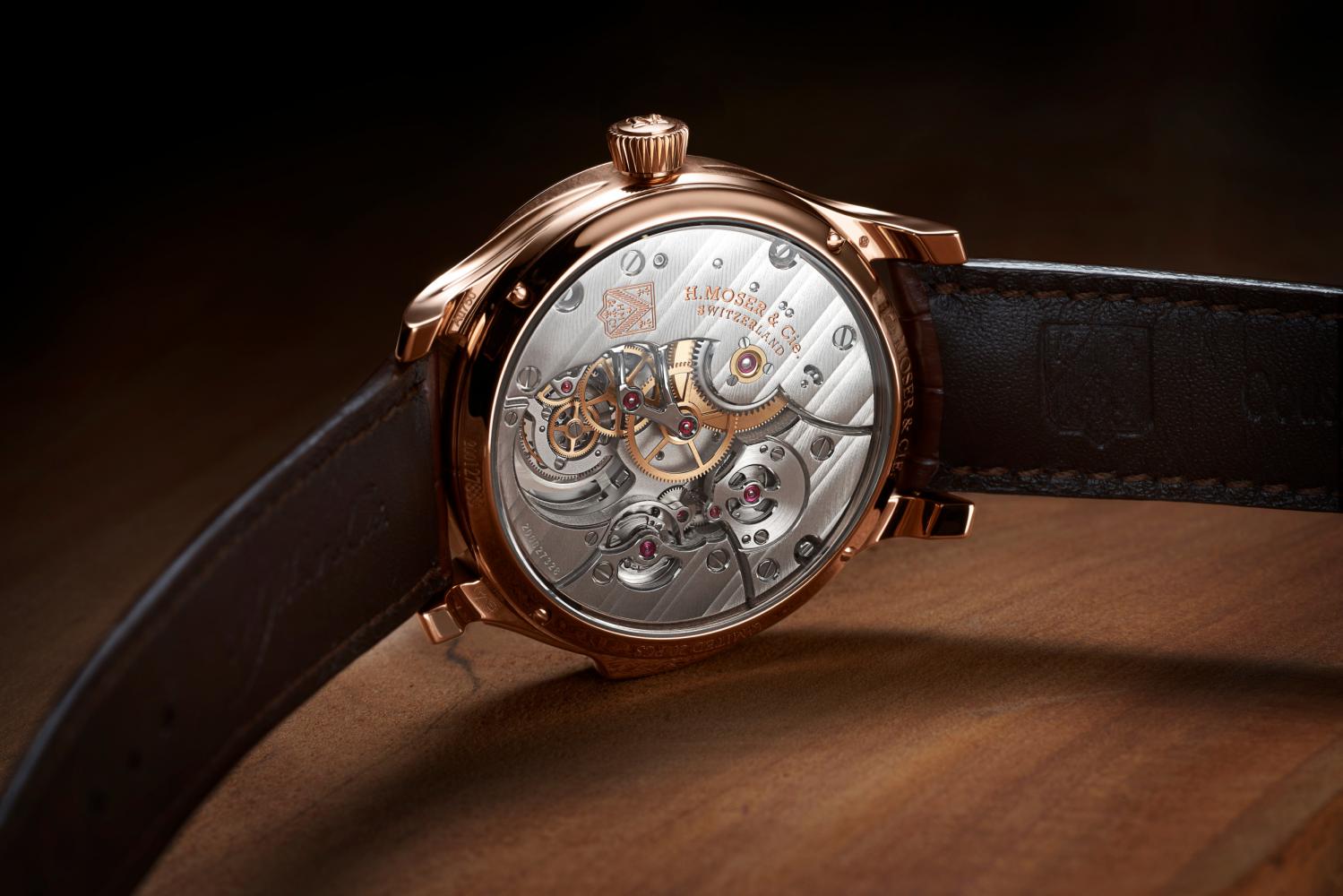 Achieving a balance between volume, resonance and harmony, the sound is optimised by the construction of the 40mm case, available in red gold or titanium.

The case middle has been widened to the maximum in order to accommodate the movement while allowing enough space to create a soundbox in order to amplify the chiming of hours, quarter-hours and minutes by two gongs, onto which fall two hammers.

The choreography is staged on a Grand Feu enamel dial, stripped of logos and indices, on a hammered-texture gold base.

Four different colour pigments are washed, finely crushed, then applied to create an ombré effect. It takes the master enameller approximately one hour to painstakingly apply the pigments, adding them one by one so that the colours oxidise and meld together when heated in the furnace without any pixellation.

The translucent Grand Feu enamel dial must be fired 12 times to create the hallmark fumé effect. 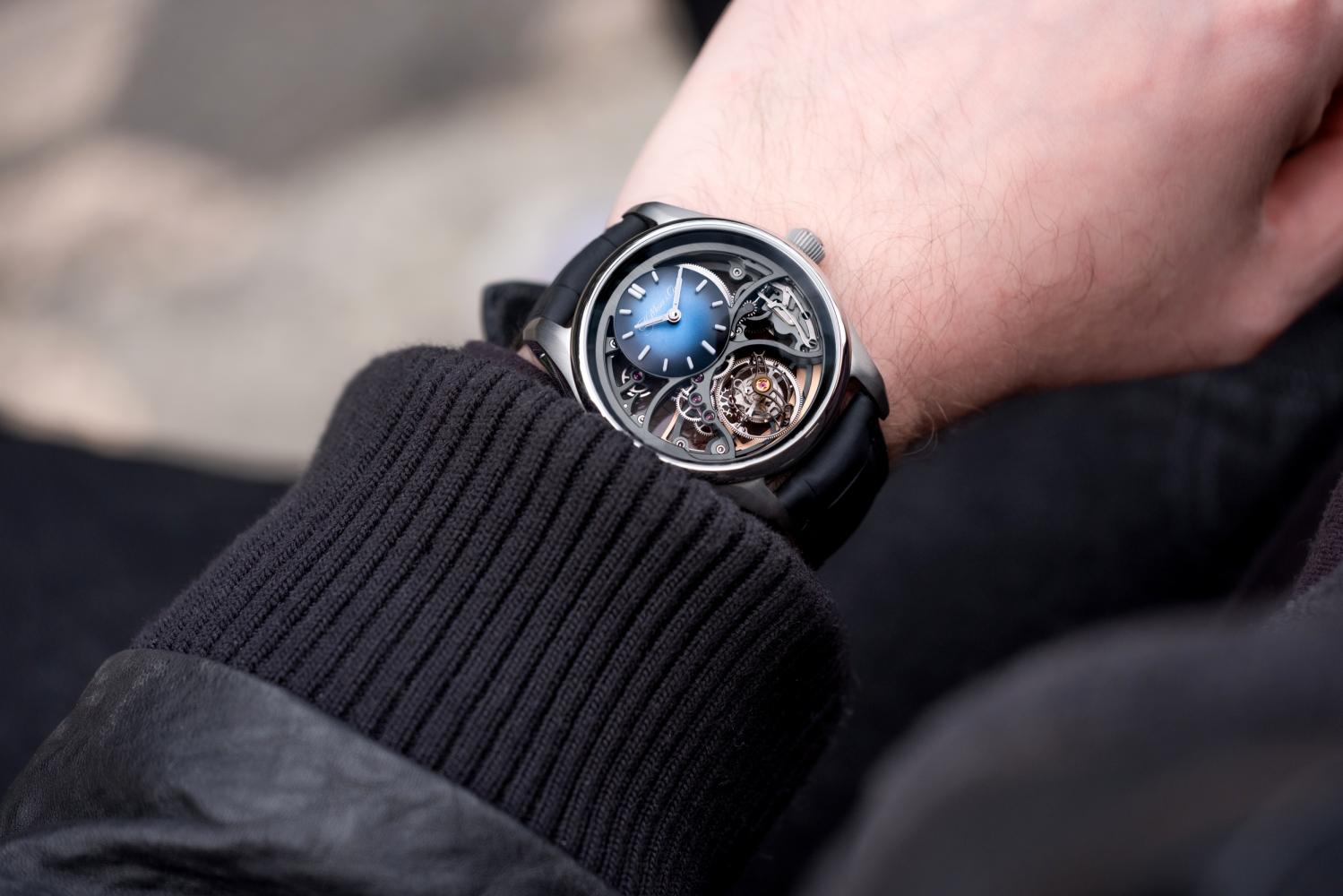 Powered by the hand-wound HMC 904 calibre with a power reserve of 90 hours, the Endeavour Concept Minute Repeater Tourbillon Aqua Blue is a limited edition of 20 pieces.

The Aqua Blue is a new colour for the fumé effect while the signature Funky Blue shade radiates on the domed sub-dial of the new Pioneer Cylindrical Tourbillon Skeleton.

H. Moser & Cie. was revived in 2005, and through this model the Swiss brand has redefined openworked timepieces and entered the skeleton watch segment.

The history of the brand dates back much longer to 1828, when Heinrich Moser established a watch trading business in St Petersburg, Russia. The native of Schaffhausen later returned to his hometown to set up a factory to supply his prosperous company and play a pioneering role in industrialisation.

Today, the development and production of movements and watches take place at H. Moser & Cie.'s completely-integrated manufacture in Neuhausen am Rheinfall, located in the canton of Schaffhausen. 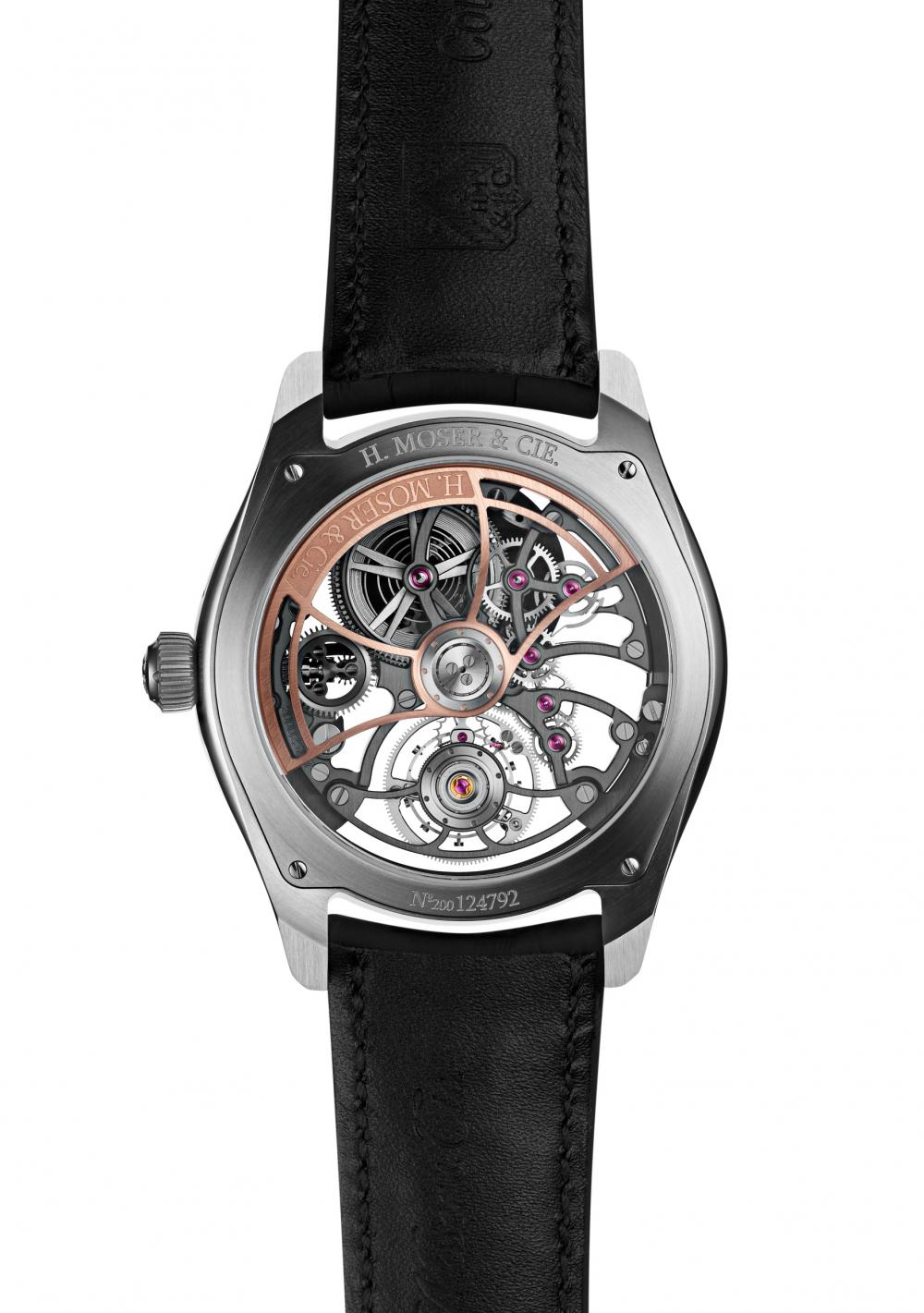 Compared to a traditional hairspring, it takes 10 times longer to produce the hand-shaped cylindrical version.

A common feature in 18th century marine chronometers, the cylindrical hairspring improves isochronal properties, even more so when it is combined with a tourbillon.

This synergy is featured in the Pioneer Cylindrical Tourbillon Skeleton. Equipped with a cylindrical hairspring, the eye-catching one-minute flying tourbillon and its skeletonised bridge are located at 6 o'clock.

The opposing domed sub-dial with a sunburst pattern features Globolight inserts topping the hour and minute hands. Indices are also made with the ceramic-based material containing Super-LumiNova.

The contemporary look of the 42.8mm steel case is inspired by the industrial world, while the see-through caseback reveals the fully-skeletonised self-winding three-dimensional HMC 811 manufacture calibre, which provides a minimum power reserve of 74 hours.