A husband and wife couple in Buri Ram have been nabbed for stealing water pumps from villages across the province in a crime spree going back three years. 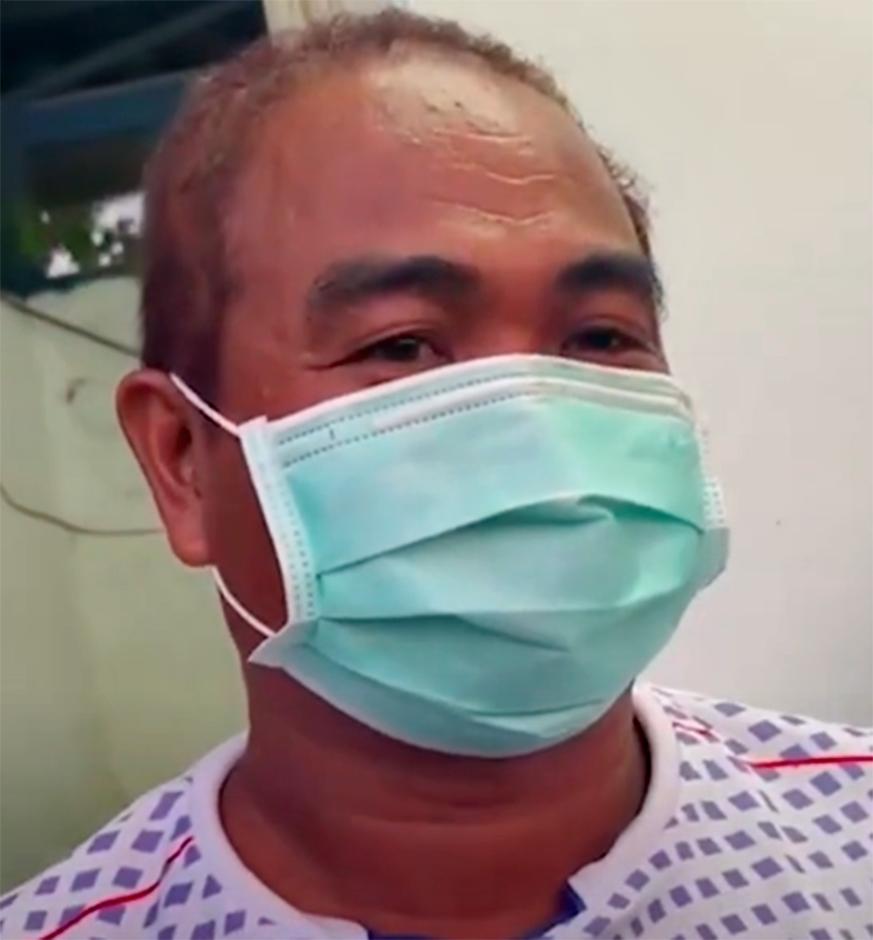 Mr Noi would head out at night, find a pump he hadn't yet stolen, and bring it home with a plastic or metal basin covering his misdeed. When morning broke he would strip it down and ask his wife to take the parts to the obliging second-hand goods store.

Mr Noi put the proceeds towards investing in gold necklaces. While his wife was initially sceptical, she said his efforts at saving money were starting to bear fruit at the time of their arrest.

"Most recently he was able to buy a necklace worth two baht gold weight, though he didn't want me wearing it, as he wanted to show off to the ladies. I was quietly pleased for him that he was able to save that well and decided he might just reach the five baht goal eventually," she said.

Police said they have been pursuing the case for months. Locals in at least 14 districts of the province and on the border with Nakhon Ratchasima had complained that someone had stolen their water pumps, leaving them high and dry. Villages in remote areas rely on pumps to provide running water.

"They stole from more than 50 villages; in some cases the pumps had been stolen twice," said Pol Maj Gen Ruthapol Naowarat, head of Buri Ram provincial police.

Announcing the arrest, police laid out the stolen property they seized at the couple's house, including so many motor parts from pumps that the scene looked like a trade fair.

While it is unclear how they cracked the case, Ms Liam said she had an inkling that something was wrong on the night before their arrest. "A crow landed on the fence of our place and nodded his head three times. I took it as a bad sign. Then, as I was preparing food to give the monks on their morning alms round, police turned up at our place and charged us."

Asked why he chose water pumps, Mr Noi said they made easy targets. "They are easy to steal, as all villages with running water have their own pump. The pumps are usually located outside the community, and easier to rob than people's homes. When you see a water tank, you know a water pump must be nearby," he said.

Ms Liam claims she didn't know her husband was stealing them.

"When I asked where the pumps came from, my husband would say a friend gave them to him," she said. Unpersuaded, police charged the pair with stealing goods.

Gold haul in a rice hut

A Sa Kaeo man who stole 1.8 million baht worth of gold from a local store says he needed money to pay off debts. 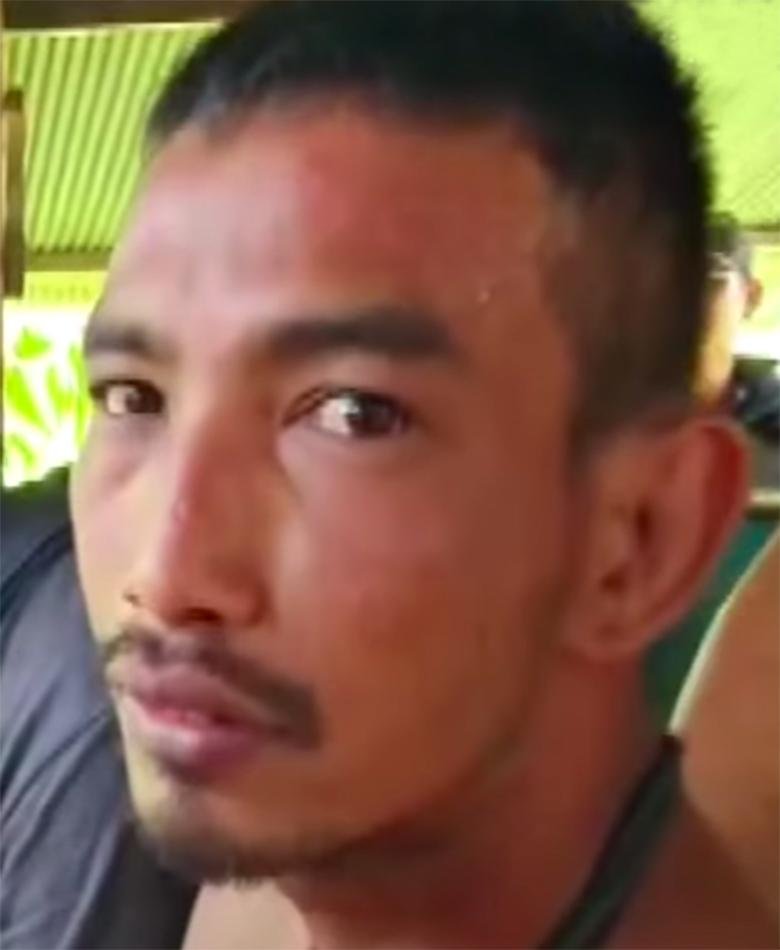 Chotphong "Pee" Thumprada, 35, robbed a gold shop in the Tesco Lotus store in Aranyaprathet district of necklaces worth 61 baht gold weight, or 1.8 million baht, on Sept 8.

While his haul was impressive, his chances of getting away with it suffered an immediate setback when shop staff asked him to remove his motorcycle safety helmet and his sanitation mask. Mr Pee did as he was told, revealing his identity to the store's CCTV cameras.

He asked to see some gold necklaces. As staff were helping him, CCTV vision shows him pulling out a gun from his bag, jumping on the counter and grabbing a handful of necklaces, which he stuffed in his bag. He fled the scene on his motorbike.

Police identified Mr Pee and turned up at his home in Nong Sang sub-district that afternoon, only to find the suspect had fled moments before. They did, however, find his "gun" -- a fake weapon -- inside. 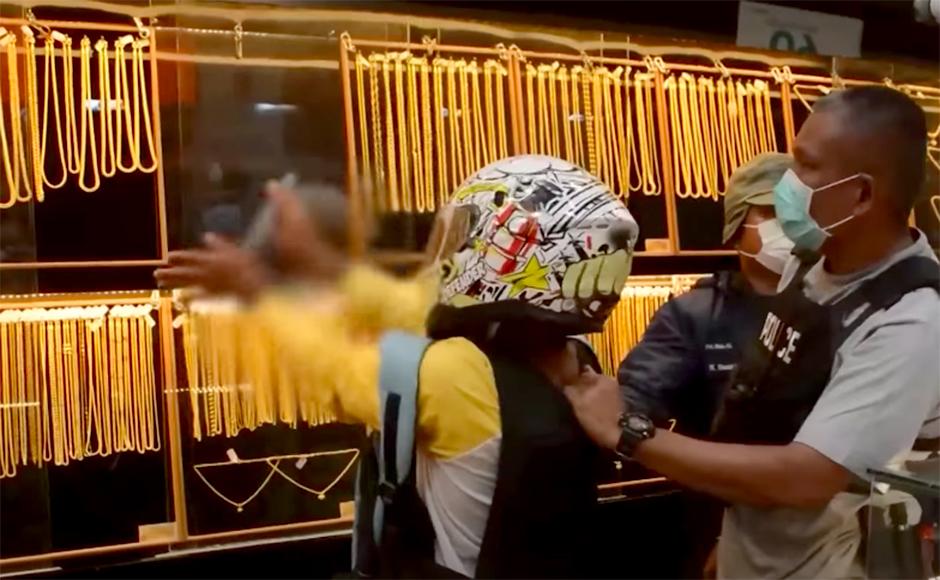 Chotphong 'Pee' Thumprada shows how he stole 1.8 million baht worth of gold from a shop at the Tesco Lotus store.

Police heard Mr Pee had fled to a hut by the river, some 2–3km away. About 100 officers surrounded the spot but he fled into a forest, where officers sealed off the area and kept up the pressure for almost 24 hours until they caught him, hungry and tired, the following afternoon.

Officers say Mr Pee took the gold with him, but had no food or supplies to keep him going. As he gave himself up he offered a wai of apology. Later, when his mother visited following his arrest, he prostrated himself at her feet to say sorry.

Aranyaprathet police charged him with the gold theft. They say they are not sold on his story about financial hardship, as Mr Pee has a history of drug use.

A Chiang Rai man who started arguing with a friend at a funeral was to die hours later after threatening him with a gun. 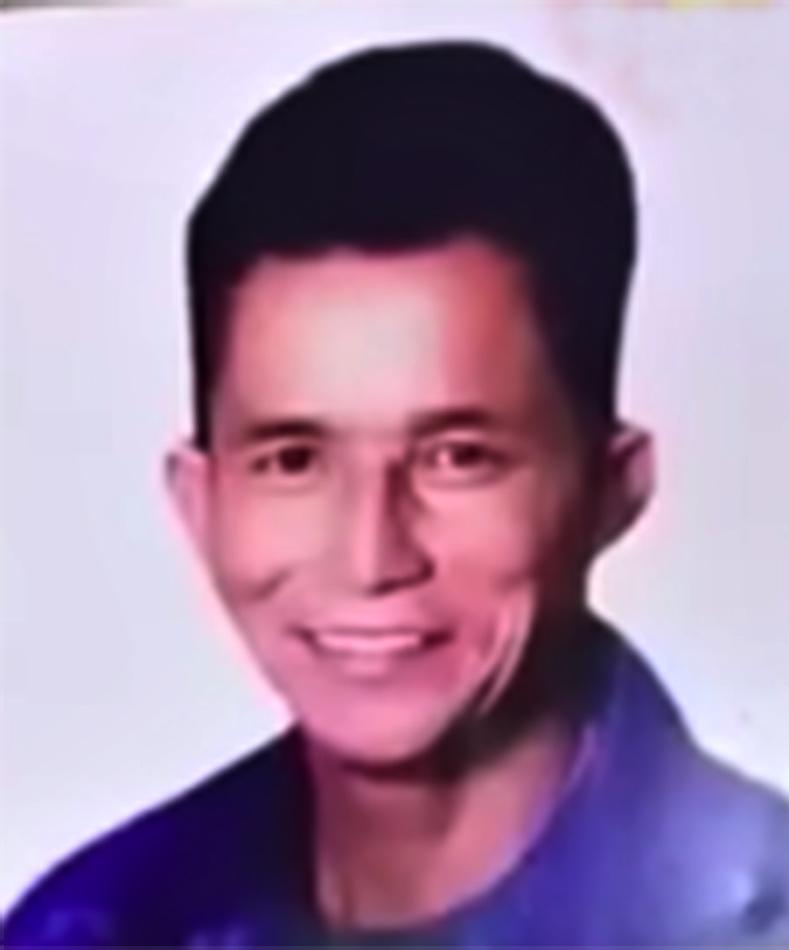 Jirayut Kamsamorn, 53, attended a funeral in Phaya Mengrai district on Sept 7. He had too much to drink and when he went out to fetch his motorbike could no longer find it.

Mr Chan denied it but Jirayut was adamant and the two started exchanging blows. Locals broke them up and sent them home.

The victim, still angry about their altercation, turned up at Mr Chan's place a short time later with a Thai-modified rifle. He stood at the door and threatened Mr Chan, who had been sleeping.

Alarmed about the turn of events, Mr Chan raced inside, grabbed a 30cm fruit knife, and stabbed Jirayut with it repeatedly. He said he feared for his safety and that of his wife, who was also at home.

Chatchawan Khamsamoi, a relative of the victim's, said he tried to get Jirayut to calm down at the funeral, but he refused to listen.

"I raced out there and found the victim lying on the ground. Chan was running away, heading towards the village head's house where he was to give himself up," he said. 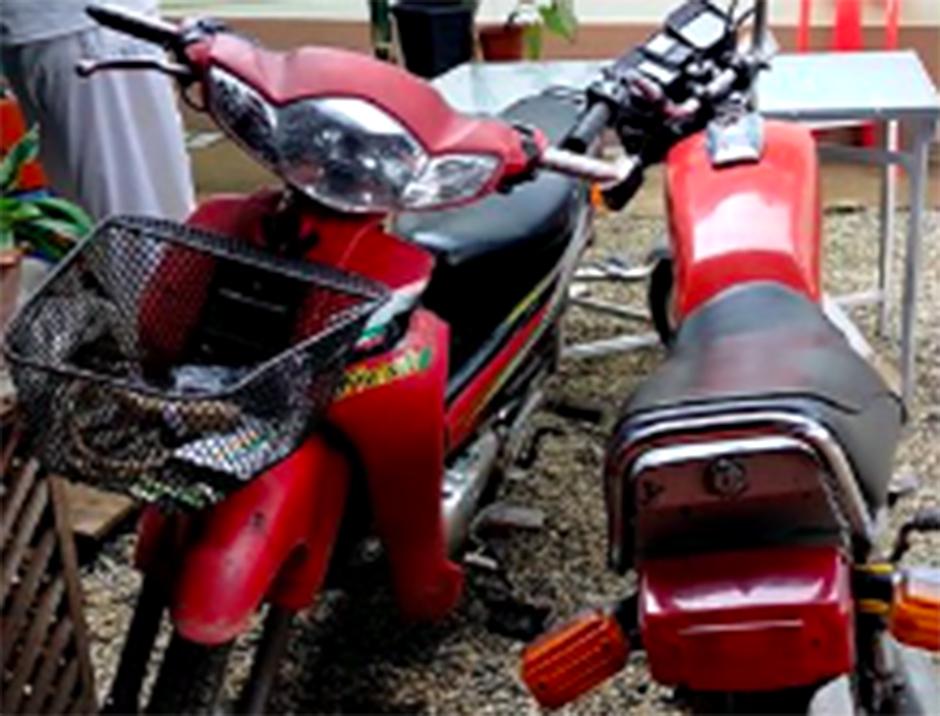 Jirayut Kamsamorn's motorbike triggered a row leading to his stabbing.

Mr Chan told police that Jirayut accused him of taking the bike, which was not true. The victim was drunk and merely forgot where he left it, he said.

Mr Chan had given up drinking during Buddhist Lent, so still had his senses about him. As he was stabbing the victim, the top of Jirayut's gun barrel struck him in the eye. He grabbed the top of it and kept stabbing, news reports said.

The accused's family said they were worried about their mother as Mr Chan was her principal carer, and the household's financial mainstay. He knew he would have to go to jail for the killing.

Both families had met to clear the air since the fatal stabbing.

Victim Jirayut's family had given them 10,000 baht to help meet expenses as both sides had suffered losses.