The story behind the global success of Squid Game

South Korean thriller Squid Game made history when it became the first foreign-language show to win top honours at the 74th Primetime Emmy Awards last week. Actor Lee Jung-jae won the Emmy for Best Actor In A Drama Series, becoming the first person to take the top award for a performance not in English. Director Hwang Dong-hyuk also won an Emmy for Outstanding Directing For A Drama Series. The nine-episode series is streaming on Netflix and a second season is confirmed.

Following the achievement, let's look at the behind-the-scenes production and how the series came to life. 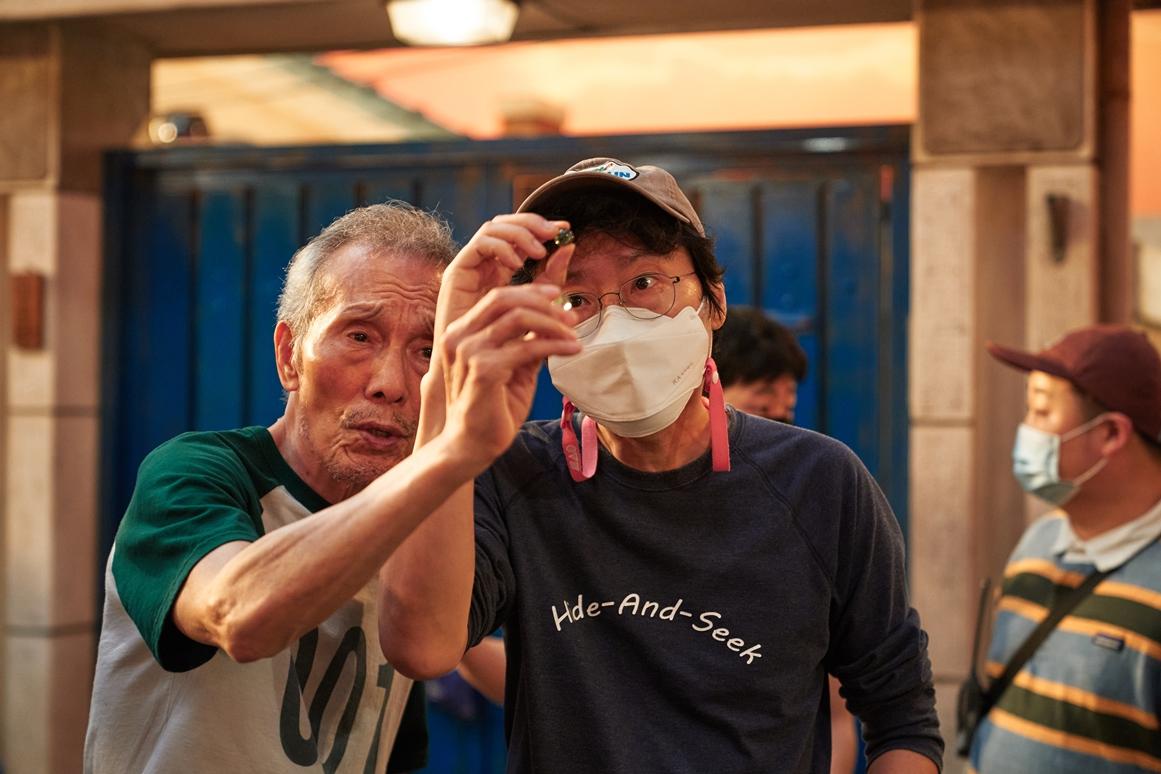 The filming of Squid Game. (Photos courtesy of YOUNGKYU PARK)

How it all began

Director Hwang conceived the idea and began writing in 2008.

"The year 2008 was actually right after my debut. That was a time when I frequented comic book stores. As I was reading a lot of comic books, I thought about creating something like a comic book story in Korea, and I finished the script in 2009." As a film director, Hwang originally planned for Squid Game to be a film.

Despite finishing the initial screenplay for Squid Game in 2009, Hwang had to shelve the idea and work on films like Silenced (2011), Miss Granny (2014) and The Fortress (2017) before being able to create the series.

"At the time, it seemed very unfamiliar and violent. There were people who thought it was a little too complex and not commercial. I wasn't able to get enough investment and casting was not easy. I dabbled in it for about a year, but I had to put it to sleep then," he said.

About 10 years or so after conceiving the idea, Hwang was finally able to start working on it. 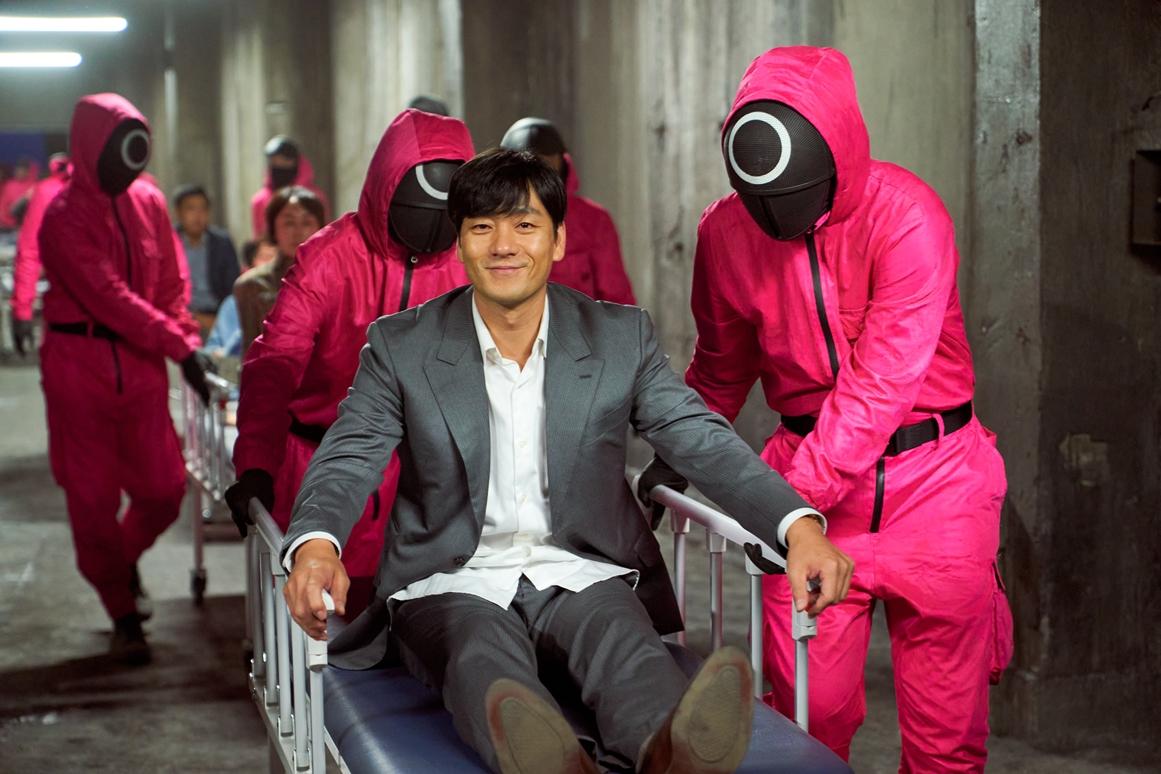 The filming of Squid Game.

Hwang deliberately selected childhood games that are relatable and easy to understand. However, the details behind the games show how much planning went into each round. For example, the first game is Red Light, Green Light, which most should be familiar with. The robot is modelled after a girl from children's textbooks making the scene all the more shocking as childhood fun transforms into a harrowing fight for survival.

Making the story universal and Korean

All of these aspects combine to create a story that is both universal and Korean. Most childhood games are ubiquitous and some of them are uniquely Korean. The human emotions and struggles the characters go through strike a chord in many people irrespective of where they are from. 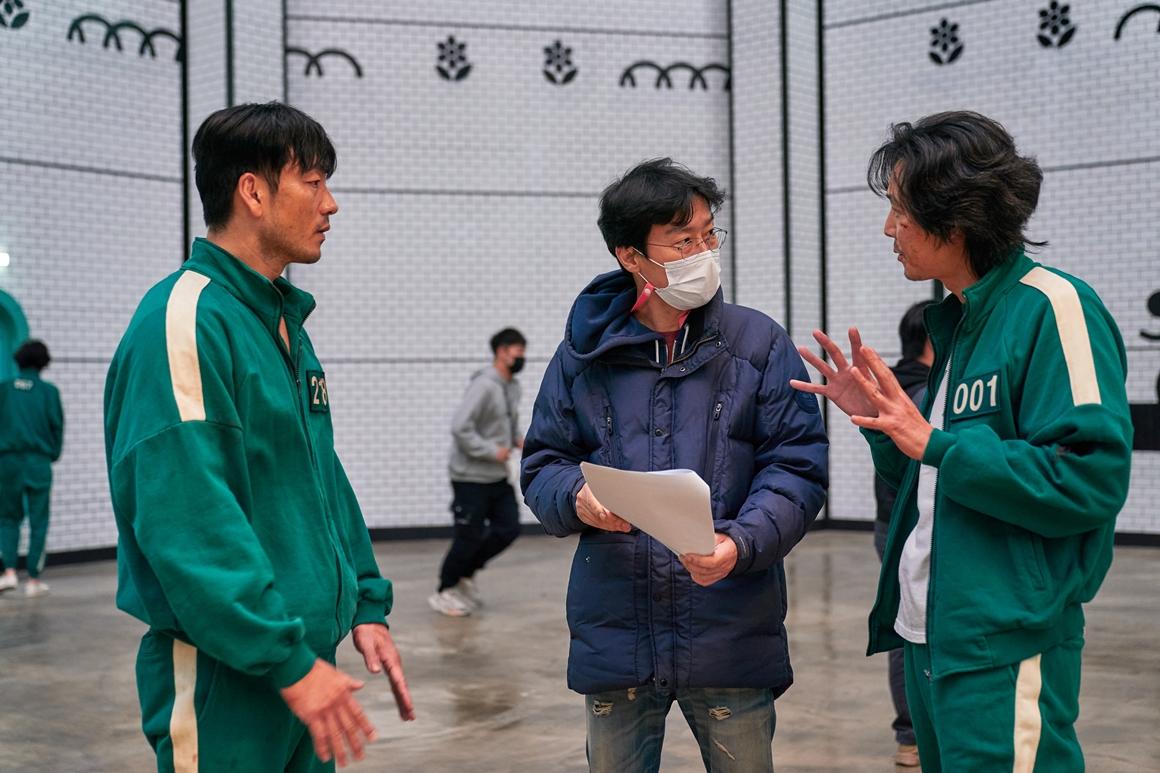 The filming of Squid Game.

The series examines human nature and how we change from childhood to adulthood by showing adults revisit and play children's games.

It's not all depressing though, as we see the characters hold onto their humanity and hope. The commentary on human nature and society is definitely thought-provoking.