The family of an Udon Thani woman killed on a cornfield suspects opportunistic thieves are responsible for her fatal stabbing injuries. 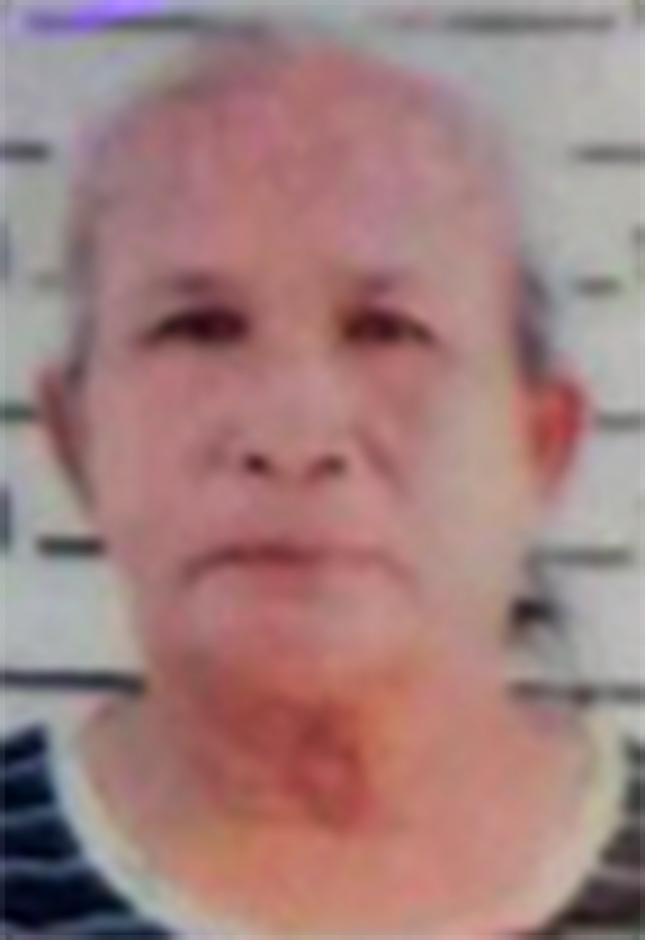 The brutal murder, which has shocked locals in Ban Dung district, comes five months after the victim, Sombat "Noi" Ritmontree, 56, and her husband, Prakong Ritmontree, also 56, sold a prized family buffalo and one of her offspring for 36,000 baht.

Mr Prakong said his wife had spent most of the money paying off debts and had just 1,700 baht left when the killers struck. They took the cash, but left her with two old-model phones and her carry bag.

She was stabbed nine times and beaten over the head. Her body, discarded in the field where she had been gathering crops, also showed signs of a struggle as if Sombat had tried to run from her attackers but failed. A bag in which she was collecting corn was found about 6m from her body, which is where family members suspect the attack began.

Mr Prakong said he and his wife split up about midday on Sept 18 to work the fields. The pair regularly sleep in their hut, looking after the family buffaloes.

He took 12 buffaloes that morning to the opposite side of the creek; at about 3–4pm, he brought them back but could see no signs of his wife.

When he called on her phone, no one answered. "I called my daughter, who said my wife hadn't come home, so she went out in search of her," he said.

She called her mother while walking into the cornfield, and started to hear the ringtone. The sound led her to her mother's body.

Mr Prakong said he suspected a family inheritance dispute might lie behind the killing, or opportunistic thieves. He said his wife had clashed with her younger sister over land left to them by their mother.

Regarding his second theory, he said three local men had come to see him at the field hut two days before. They said they were hunting for frogs. They stopped for a chat and Sombat, as was her generous way with locals, gave them some farm produce before they left.

Police called in the three men, Jaruad, Uwan and Mol, who said they hadn't been back to the hut since that visit two days before. Sombat's body was found about 500m from the hut, and about 2km from the village.

Mr Prakong said another possibility was that some locals, having heard about their sale of the buffaloes in April, turned up hoping to rob her of the proceeds. Theft was a common problem in the village.

Rampan Seesing, 36, a niece of the victim, said the inheritance motive is a non-starter as no one in the family was so brutal they would kill each other over land. However, the village has many people hooked on drugs, and farm gear such as fish nets, tyres and scrap metal goes missing constantly, she said.

Samret "Hum" Seesing, 67, an elder brother of the victim, denied his younger sister had any issues with Sombat, as their mother had divided up her land equally: seven rai for each of her five children.

He suspects simple robbery as the motive, as someone had stolen his tractor and water pump, kept by the side of the hut, shortly before.

Udon Thani regional police, and officers from Ban Dung district, are investigating. They say they have ruled out no motives, including the family inheritance angle.

Too handy with a weapon

A former contract painter who tried his hand at gold robbery was shot in the back for his troubles and died shortly after. 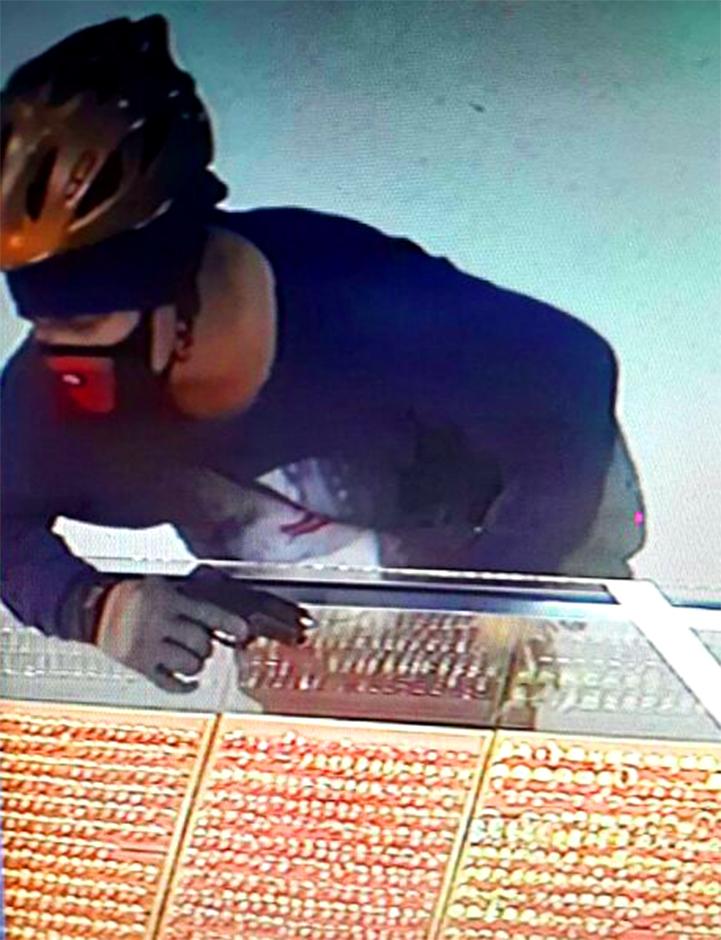 CCTV footage shows Prakit Keowsen while he is robbing the gold shop.

Prakit Keowsen, 35, was found slumped in front of a shop in Pak Chong, Nakhon Ratchasima on Sept 16 after robbing a gold shop in a nearby Tesco Lotus store of 34 strands of gold, or 68 baht gold weight worth about 2 million baht.

The owner of the store, Weerawat Asaitham, 38, pursued him from the store.

Prakit shot in the air with his 9mm calibre handgun to clear an exit path. He also fired at Mr Weerawat, but missed.

The owner returned fire three times, with one bullet entering Prakit's back and lodging in his lung.

Outside the store, he tried to steal a woman's motorcycle but failed when she grabbed her keys and fled.

Prakit did not make it much further as his injuries grew too much to bear. News footage showed him moaning in agony outside a nearby store as rescue workers treated him. He succumbed to shock later and died.

Police found a homemade smoke bomb in his bag, and another 9mm calibre gun along with eight bullets.

The resort in Toscana, Khao Yai, said he painted out the place three years ago, but were not sure what happened to him after that.

His wife also worked in Samut Prakan. Prakit held a bachelor's degree and before the robbery told his family he was heading to Pak Chong to look for work. He liked to play the share market and may have run into debt, Pol Lt Col Worachai said.

Police charged shop owner Mr Weerawat initially with the shooting, though they are also taking into account his argument that he acted in self-defence and was protecting his property.

A man who fled a police holding truck into a nearby forest lasted just two hours before police found him, naked and covered in insect bites. 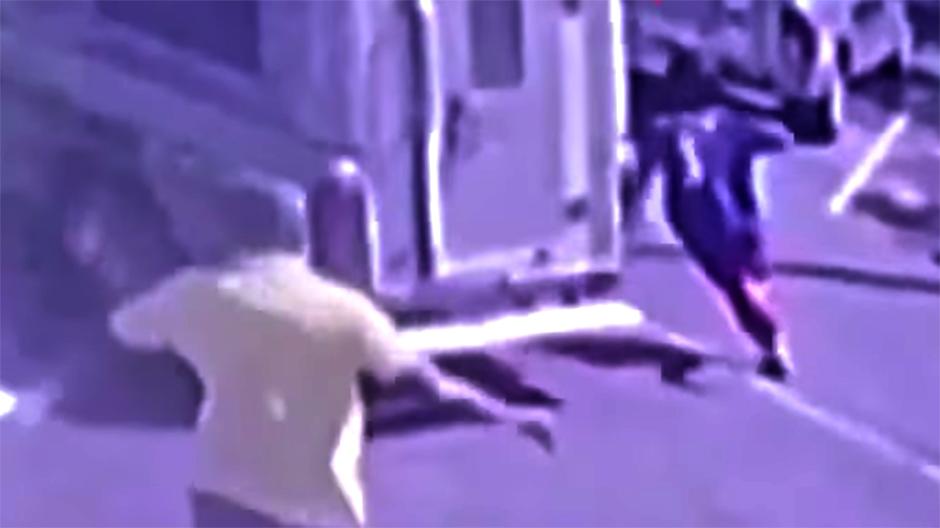 Anon fled a police holding truck into a nearby forest, lasting just two hours before police found him, naked and covered in insect bites.

Anon (no surname given), 24, was being led from a police holding van up the stairs to Phra Samut Chedi station in Samut Prakan on Sept 15 when he bolted from the sole police officer's custody.

He ran down the road and dived into a dense 20 rai forest about 100m away.

Two hours later, aided by an aerial tracking drone, police found him covered in grass, hiding, though reports say he seemed pleased to see them. He did not know the area and was having a tough time in the dense forest, they said.

Anon was set upon by mosquitoes and wasps and the bites grew so bad he shed his clothes. News footage showed him being led naked from the forest until a policeman wrapped a white towel around his waist. His face and body were covered in bruises and welts from the encounter with the insects.

Sakla sub-district police nabbed him that morning on firearms charges and after questioning the suspect were transferring him to the larger Phra Samut Chedi station in a van to await a court appearance.

Sakla police have to send their suspects to the larger station as they are renting commercial premises and do not yet have a station of their own.

Before the journey Anon asked if he could travel without the customary handcuffs, claiming his wrists were sore.

Anon is being led from the forest wearing just a white towel.

Police obliged, only to find later that he wanted his hands free so he could escape. Asked by reporters as he was being led from the forest why he did it, Anon offered a one-word, cryptic explanation: "I was scared."

Police have charged him with fleeing custody in addition to the original firearms charge.