WEDDING OF THE YEAR

The team behind the successful Naruemit Pride, which took Silom by a storm in early June, has revealed the next big event on their agenda: a wedding.

Not just any wedding, of course, but a massive queer wedding planned for Valentine's Day 2023. At a recent press conference, the organising team -- made up of a network of activists, students, businesses and more -- unveiled the Naruemit Vivah event to celebrate diversity and advocate for marriage equality in Thailand. They plan to welcome 100 LGBTI couples from all over the world to the mass wedding, to be held in Bangkok. Deputy governor of Bangkok Sanon Wangsrangboon, who attended the press conference, made a statement that the Bangkok Metropolitan Administration will support this event.

The press conference also saw a woman propose to her partner. The two were the first to register to be a part of Naruemit Vivah. More couples have since joined them to get hitched next Feb 14. This will be an event to watch. If the success of Naruemit Pride is any indication, Vivah could further raise visibility and increase momentum for the advocacy for marriage equality.

The conversation surrounding marriage equality is getting louder. Earlier this month, the Office of the National Human Rights Commission of Thailand released a statement in support of marriage equality and civil partnership bills. Shared on NHRC's Facebook page, the statement encourages Parliament to support the bills that would recognise same-sex relationships, reasoning that these bills protect the rights and freedom in choosing spouses and building families for people of all genders. It says passing these bills will uplift the level of protection of human rights and dignity of LGBTI people, while also diminishing discrimination on the basis of gender in Thailand.

LGBTI couples who wish to be a part of Naruemit Vivah can register at naruemitpride.com. For updates, visit facebook.com/Naruemitpride. 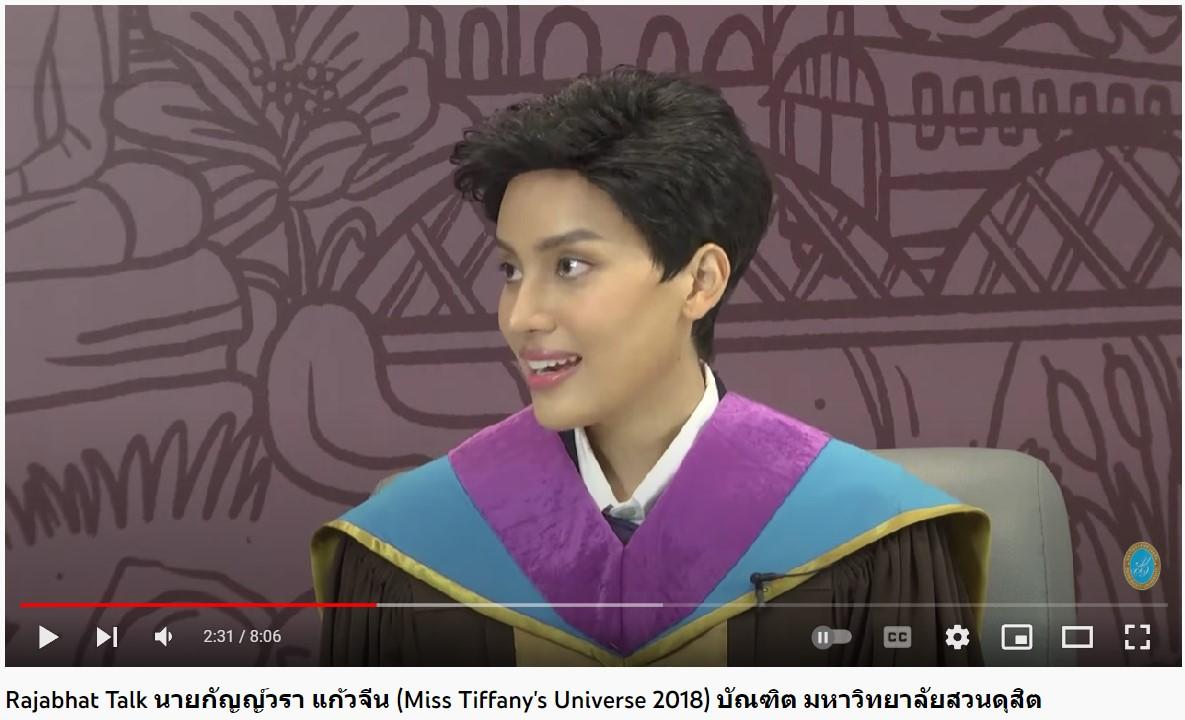 Several Thai educational institutions have strict rules when it comes to appropriate hairstyle and length a student should wear. And if they break that rule, some teachers take matters -- and scissors -- into their own hands and forcibly cut the students' hair themselves.

Just two weeks ago, a post made by a trans university student on her graduation day went viral. Her long hair, originally styled neatly for the occasion, was cut short by a teacher. She claimed that no teacher made any comment during dress rehearsals. But on the day, one teacher told her the hair was inappropriate and said she can't attend the graduation ceremony unless she cut it short. Having waited years for the ceremony and wanting to have the graduation photo for her family, the student reluctantly agreed. She later shared the incident on her Facebook account, with photos showing her carelessly chopped hair. The post was quickly picked up by netizens who criticised the outdated rules and the teacher's action.

The student later took down her Facebook post, saying that the university would like to have a discussion with her about the incident and that she will update on how the talk went. To date, she has made no further post about it. The university has also not made any comment about the issue but, interestingly, its Facebook page released a video interview with Kanwara Kaewjin, the transgender beauty queen who won Miss Tiffany's Universe 2018, who also was graduating from the same university. In the video, Kanwara briefly discusses how she dressed for class (she was allowed to dress as a woman) and also why she wore a short-hair wig and dressed like a man for graduation. Kanwara said it's not about gender but it has to do with understanding and respecting the rules of society.

"If we respect the rules of society, we can live happily," said Kanwara. "I don't mind it. I'll take off the wig after this and take pictures with my family."

Rules are made to be followed. That is true in most cases. But with certain oppressive rules, shouldn't we question why, or should, such rules still be applicable today? More importantly, what gives teachers or anyone the right to enforce it and violate students this way?

I can understand Kanwara's decision to follow the rules (but not for condoning it). She may prefer her graduation to be trouble-free. It's true that just because she is transgender and famous, she doesn't owe it to anyone to advocate for the rights of transgender people. I only hope she (and all LGBTI celebrities out there) knows she has a voice -- one that is much louder than that of so many LGBTI people combined. Had she chosen to use it for the cause, it would've added to the movement many LGBTI students have fought for so they -- and subsequent generations of queer, trans and non-binary people to follow -- can be recognised and be themselves on their important day.

If everyone yields to the way things have always been, how are we making any progress as a society? We wouldn't have any rights to begin with. 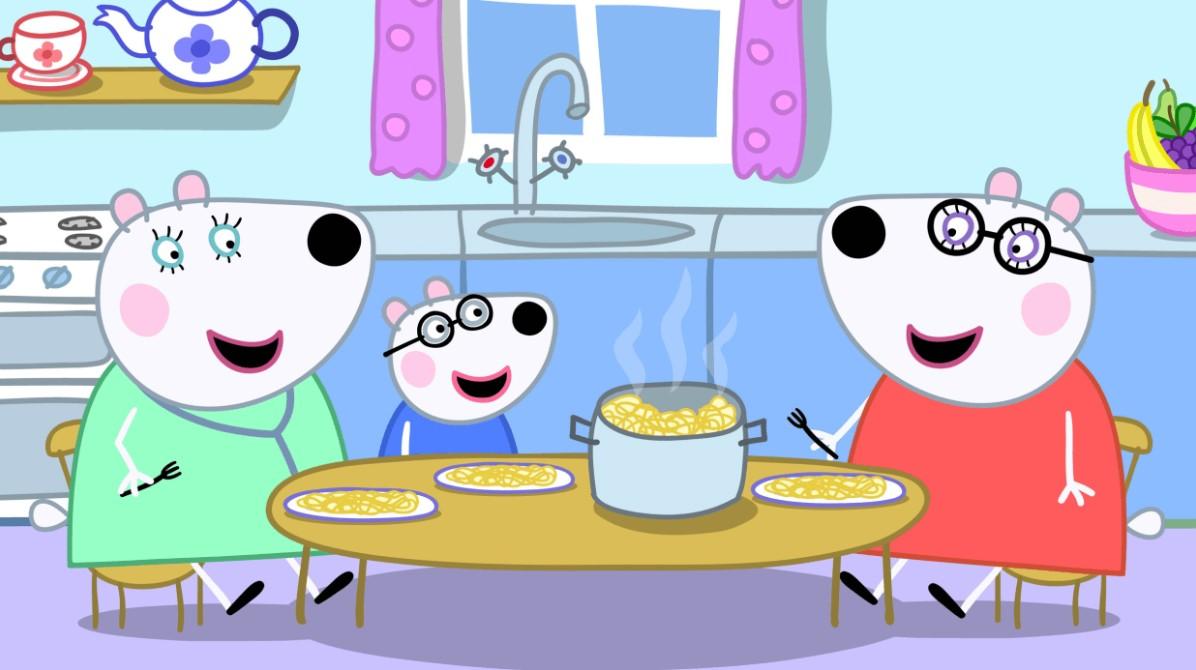 Having aired since 2004, the show featured a same-sex couple for the first time in an episode called Families aired early this month. At a playgroup, Peppa and friends learn about each other's families. A character called Penny the polar bear introduces her lesbian mums, saying: "I live with my mummy and my other mummy." The scene shows Penny drawing a picture of herself and her mums, and the family eats spaghetti together.

This introduction of same-sex parents was well received for its representation and followed years of criticism of the show's lack of diversity in its portrayals of family. In 2019, an online petition demanded a same-sex family on the show. To date, almost 24,000 supporters have signed it.

"Children watching Peppa Pig are at an impressionable age, and excluding same-sex families will teach them that only families with either a single parent or two parents of different sexes are normal. This means that children of same-sex parents may feel alienated by Peppa Pig, and that other children may be more likely to bully them, simply through ignorance," says the petition.

"Peppa Pig is not just for entertainment, children are inevitably learning from it too," it concludes. 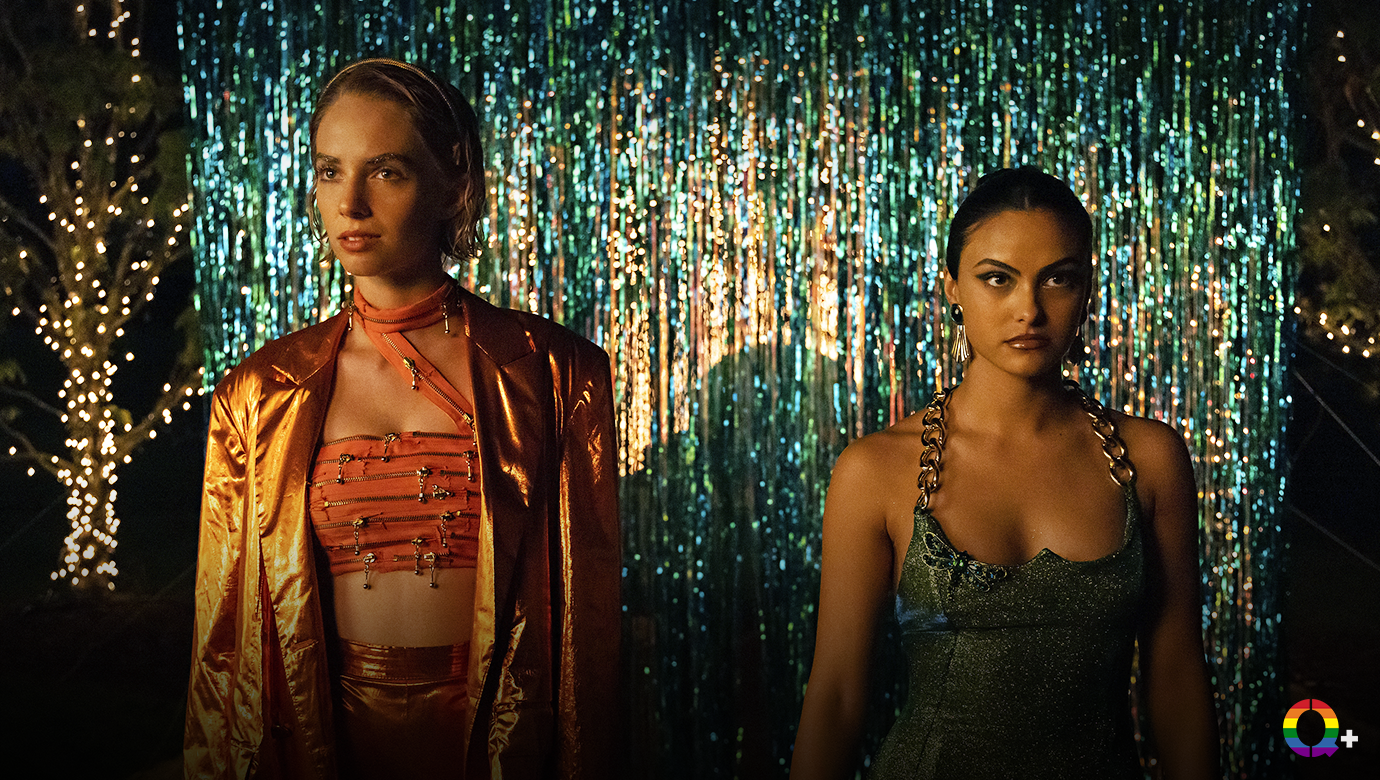 The new Netflix's teen comedy pays homage to teen romcoms of the past, with a modern queer spin. It follows Drea (Camila Mendes), the dethroned "It girl", as she forges an alliance with Eleanor (Hawke), a new girl at school, to get back at those who've wronged them. Drea, whose private clip was leaked by her popular ex-boyfriend, asks Eleanor to get revenge on him. Meanwhile, Drea will go after the girl who outed and spread rumours about Eleanor years before. The plot was loosely inspired by Alfred Hitchcock's Strangers On A Train.

Think makeover, stylish pastel costumes, witty dialogue, and Sarah Michelle Gellar as the school headmistress. Despite some loose ends, the film is fun and chaotic, with enough twists and turns to keep it fresh. Throwing a lesbian kiss or two in there doesn't hurt as well.

Do Revenge is now streaming on Netflix.