published : 4 Oct 2022 at 17:48
writer: Reuters
A medium woman with her mouth pierced is portrayed while in trance during the Jui Tui Shrine procession amidst celebrations of the annual vegetarian festival, observed by Taoist devotees from the Thai-Chinese community in the ninth lunar month of the Chinese calendar, in Phuket Town, Phuket on Sunday. (Reuters photos)

The Nine Emperor Gods Festival, which was suspended during the coronavirus pandemic, drew thousands of people from the ethnic Chinese community, who marched from a temple in traditional costume.

Devotees, who abstain from sex, alcohol, and meat during the festival, say the piercings symbolise repentance for sins and is meant to ward off evil spirits.

"We may have spoken good or bad things, so the piercing is for us to feel the wrong and sins we've committed," said Patcharaporn Phromchai, after she removed a metal spike skewering her cheeks.

The tradition goes back some 150 years.

Legend has it a Chinese opera troupe fell ill in Phuket but made a full recovery after observing a vegetarian diet and performing rituals to the Emperor Gods.

The piercing is believed to have been influenced by the Indian Thaipusam festival. 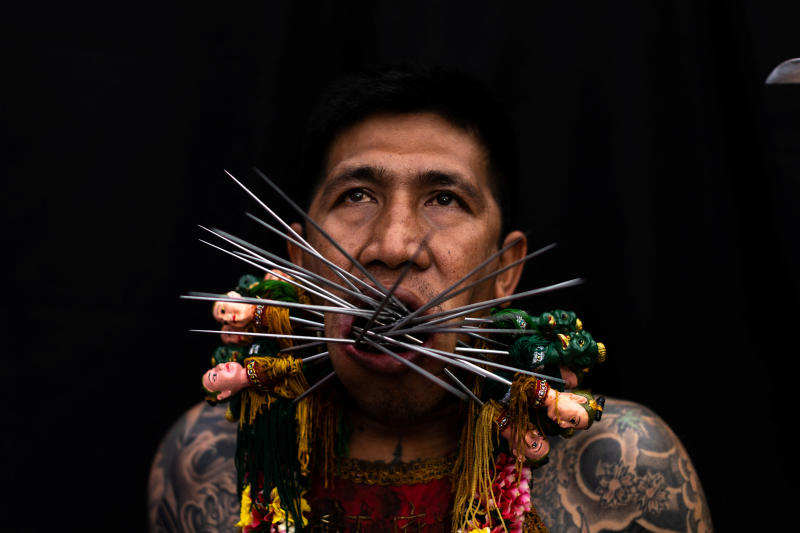