Besides nostalgic vibes, My Best Friend's Exorcism fails to deliver scares and laughter

I have never read My Best Friend's Exorcism by Grady Hendrix, but over the years, I've heard how great it is and how it is a horror favourite. The book was published around the same time as the hit series Stranger Things, and both have become known for their horror/comedy and coming-of-age stories with strong 1980s retro vibes. While I may not know how closely it resembles the novel, going into a comedy horror adaptation of My Best Friend's Exorcism, the poor screenplay, character development and overall execution give an impression that this movie does not achieve the charm of the original.

The movie takes place in the late 80s and opens with A-ha's synth-pop hit Take On Me. From here, we follow besties Abby Rivers (Elsie Fisher) and Gretchen Lang (Amiah Miller) who just started their sophomore year of high school in South Carolina. As Gretchen is moving away over the summer, the two decide to spend time together and go to a cabin one weekend with two other school friends. Soon, the girls stumble across a creepy-looking abandoned home and after entering, they experience something very dark and ominous inside. When a friend begins to act strangely and is not the same again after coming back from the cabin, Abby decides to investigate to find out the truth and save her friend before it's too late.

For the visuals alone, My Best Friend's Exorcism is a pretty-looking movie. It's also nostalgic due to the setting, costuming and music, appealing to Gen X. There are a few themes addressed in the story and they fit well without feeling shoehorned in. One theme is body shaming as well as different sexualities, and while the latter wasn't tackled as in-depth as it could have been, body image is examined through different characters. 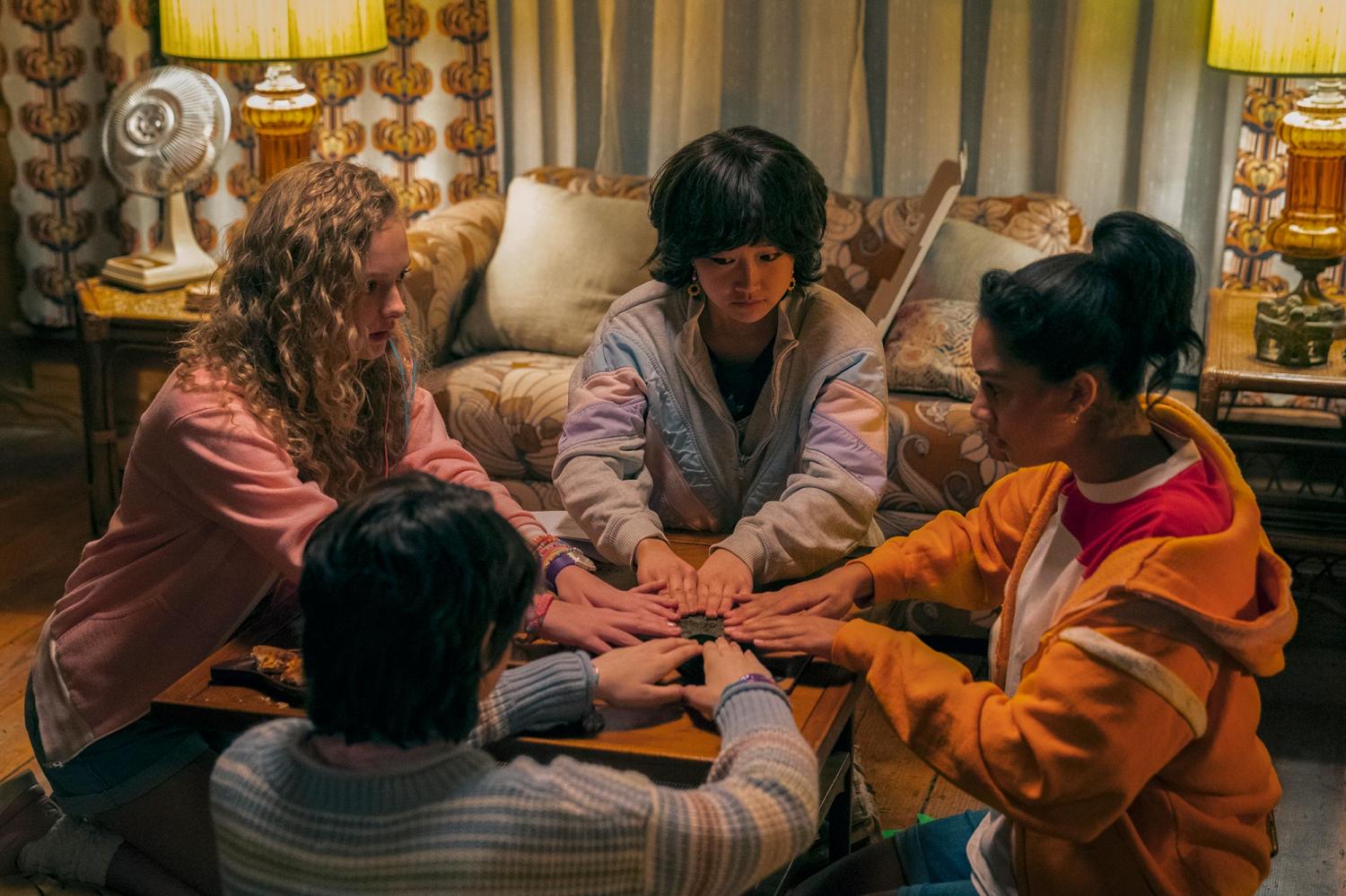 However, with a runtime of 97 minutes, this movie felt rushed and all over the place. There's a creepy element, with graphic imagery due to the supernatural angle. But at the same time, there's also a Mean Girls (2004) or Do Revenge (2022) vibe as well as some odd romance. While the plot itself seems interesting, experiencing this horror/comedy movie as a whole isn't terrifying nor funny. In fact, it never even really feels like it is trying to be either of those things. I can think of only a handful of times where the film attempts to get audiences to laugh, and it never comes off. The main characters are also incredibly bland and barely have any backstories or development. Most of the acting here is wooden throughout. Fisher, whom we have seen in the indie film Eighth Grade (2018) and the recent Texas Chainsaw Massacre is mediocre despite her stellar performances in those films.

There are moments where certain events took me out of the movie, whether it was things, places or characters that just didn't quite seem likely. The parents of the characters and the way they're depicted makes it seem as if they are the worst as they don't care about anything crazy that happens in their children's lives. I guess the blame goes to the writer and director who are not up to the mark. With a little hard work and effort, this movie could have been funnier, scarier or more entertaining, but it is not.

If you are planning to watch My Best Friend's Exorcism and expecting it to be a solid horror comedy you might be a little disappointed. But if you aren't planning to read the book, or just want to kill your free time, this should be worth a one-time watch.