It's all relative
Life
Social & Lifestyle

Albert Einstein's ­special theory of relativity assumes that the rate of passing time depends on the frame of reference, and accordingly time is relative rather than following a universal beat.

Space and time are interwoven into a single continuum, and Einstein's mathematics professor Hermann Minkowski announced the concept of four-dimensional space-time in 1908.

Bell & Ross took that to the next level by adding another dimension. For the launch of the BR-X5 advanced time instruments, the innovative watchmaker amazingly created five dimensions from X-1 to X-5 at a high altitude with a breathtaking view.

A newcomer to Kuala Lumpur's skyline, Exchange 106 topped by a prismatic capsule served as the majestic venue for "The Continuum Of Time X Space" event hosted by founders Bruno Belamich and Carlos A. Rosillo, and Bell & Ross Asia general manager Tong Chee Wei.

"Considering the numerous lockdowns due to Covid-19, space and time have become even more precious, often described as the luxury of space and time," said Tong. "The concept of space and passing of time are irrevocably intertwined; one allows the other to exist in our minds as dimensions that make it possible for us to tangibly consider our presence in the world. Hence, we feel it is only timely that we present the BR-X5 within the settings of space-time defined by Bell & Ross' own dimensions." 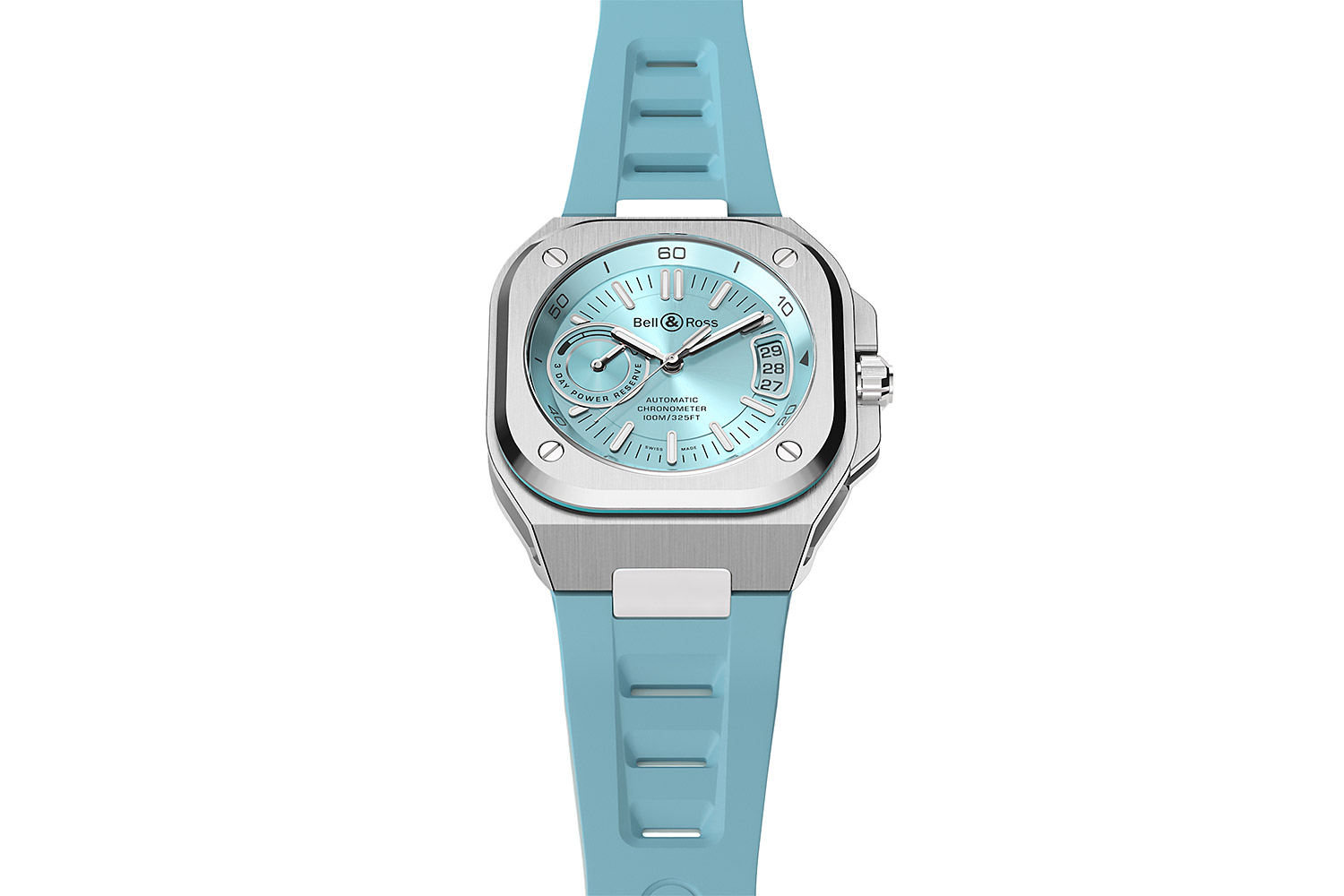 Level 57 of Exchange 106 was transformed into a mysterious labyrinth for exploring the five dimensions, designed to arouse the five senses, in discovering the BR-X5.

The first area was washed out naturally with the setting sun and characterised by a certain lingering scent. After a relaxing start in the X-1, a dizzying adventure began in the second dimension featuring optical illusions, a mirror maze, among other mind-bending installations.

Crossing into the X-3 dimension, the founders of Bell & Ross addressed the guests and unveiled the BR-X5 collection with Kuala Lumpur's picturesque skyline at night as a stunning backdrop.

Rosillo is behind the business strategies while Belamich oversees the creative watchmaking and production in La Chaux-de-Fonds, Switzerland. Headquartered in Paris, Bell & Ross was founded in 1992 with the brand name referencing the founders.

Aeronautical instruments are a main source of inspiration. Introduced in the BR 01, the visual signature "circle within a square" recalls clocks in an airplane cockpit.

Over three decades, the French-Swiss brand has expanded its portfolio from professional time instruments to urban, vintage, haute horlogerie and concept watches.

Launched in 2019, the BR 05 boasts a resolutely urban look with an integrated bracelet that has the first link as an element of the case. Perpetuating the aeronautical heritage, the BR-X5 is positioned as a superlative BR 05 powered by a manufacture movement. 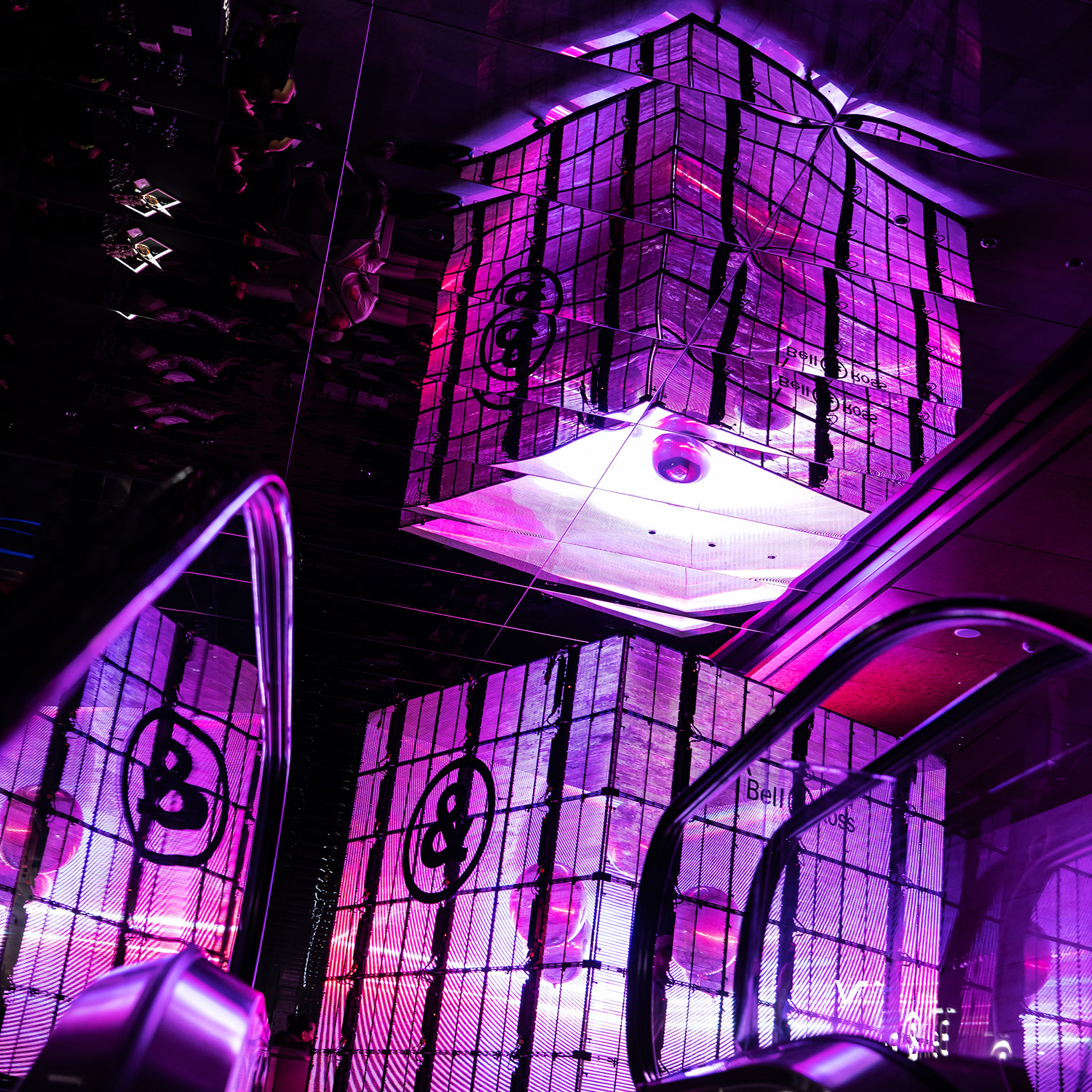 Time to party in the X-5 dimension.

Various Bell & Ross models were showcased in the white-on-white X-4 dimension. In an illuminated space, a robotic arm facilitated a close-up on the high-tech BR‐X5 Carbon Orange housed in a carbon/titanium 41mm case with a matte black dial, contrasted by an orange rubber strap.

The multi‐component construction is pushed further with the inclusion of the different materials and design in five successive elements.

The BR-X5 is also presented as stainless steel versions with the dial in sunray black or ice blue, and worn with an openworked rubber strap or a perfectly integrated steel bracelet.

Evoking analogue flight instruments, an oversized vertical date window at 3 o'clock is opposed by a circle-shaped display of the three-day power reserve, driven by the automatic BR-CAL 323 developed by Kenissi, and testified by the Chronometer certification issued by COSC.

The "Continuum Of Time X Space" eventually unfolded to the vibrant X-5 dimension, which was actually the first dimension transformed for party time to celebrate the release of the BR-X5.

The X is a symbol of secrecy, experimentation and the future, and the avant-garde models open a new chapter of time instruments for urban explorers. 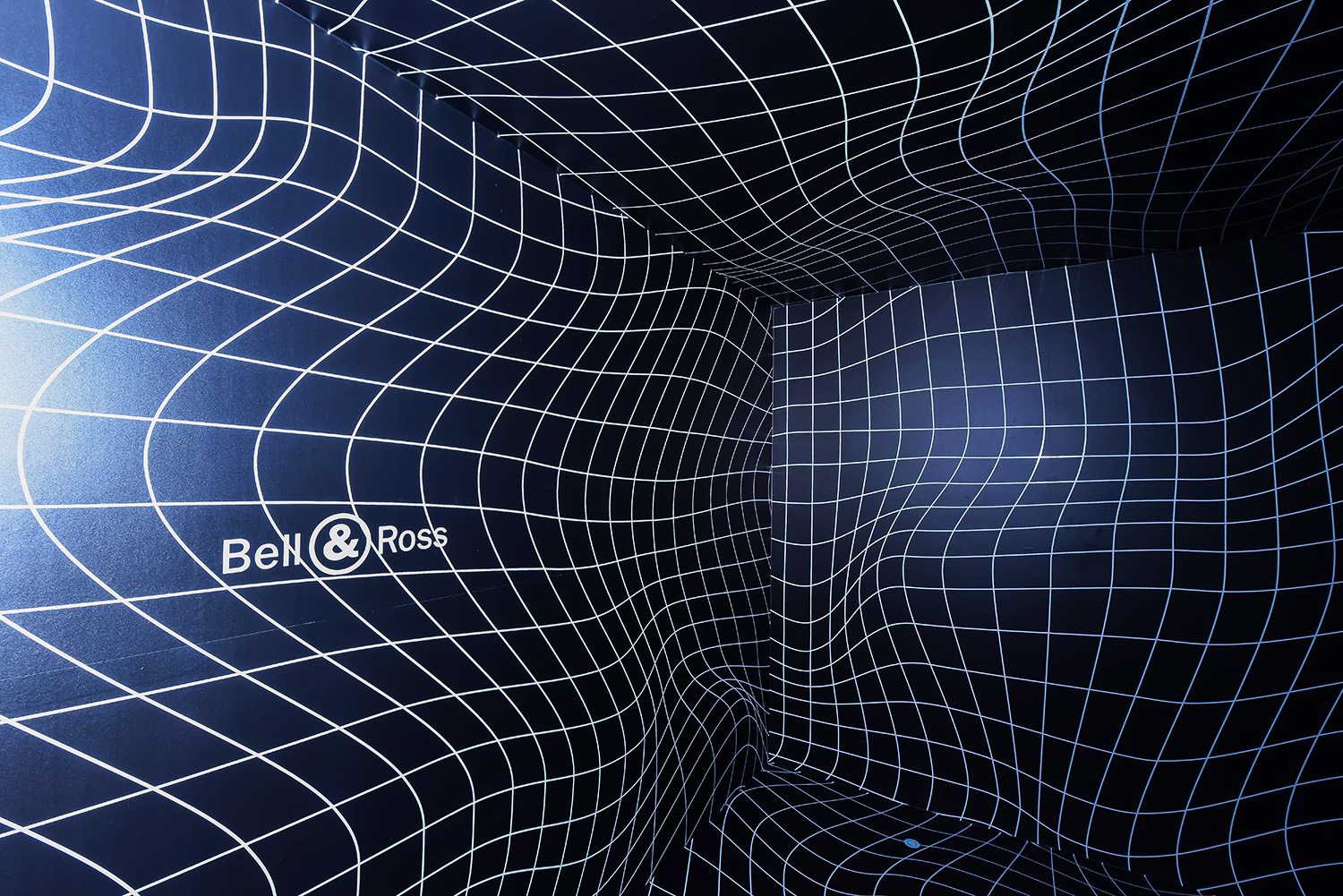 Mind-bending installation in the X-2 dimension. 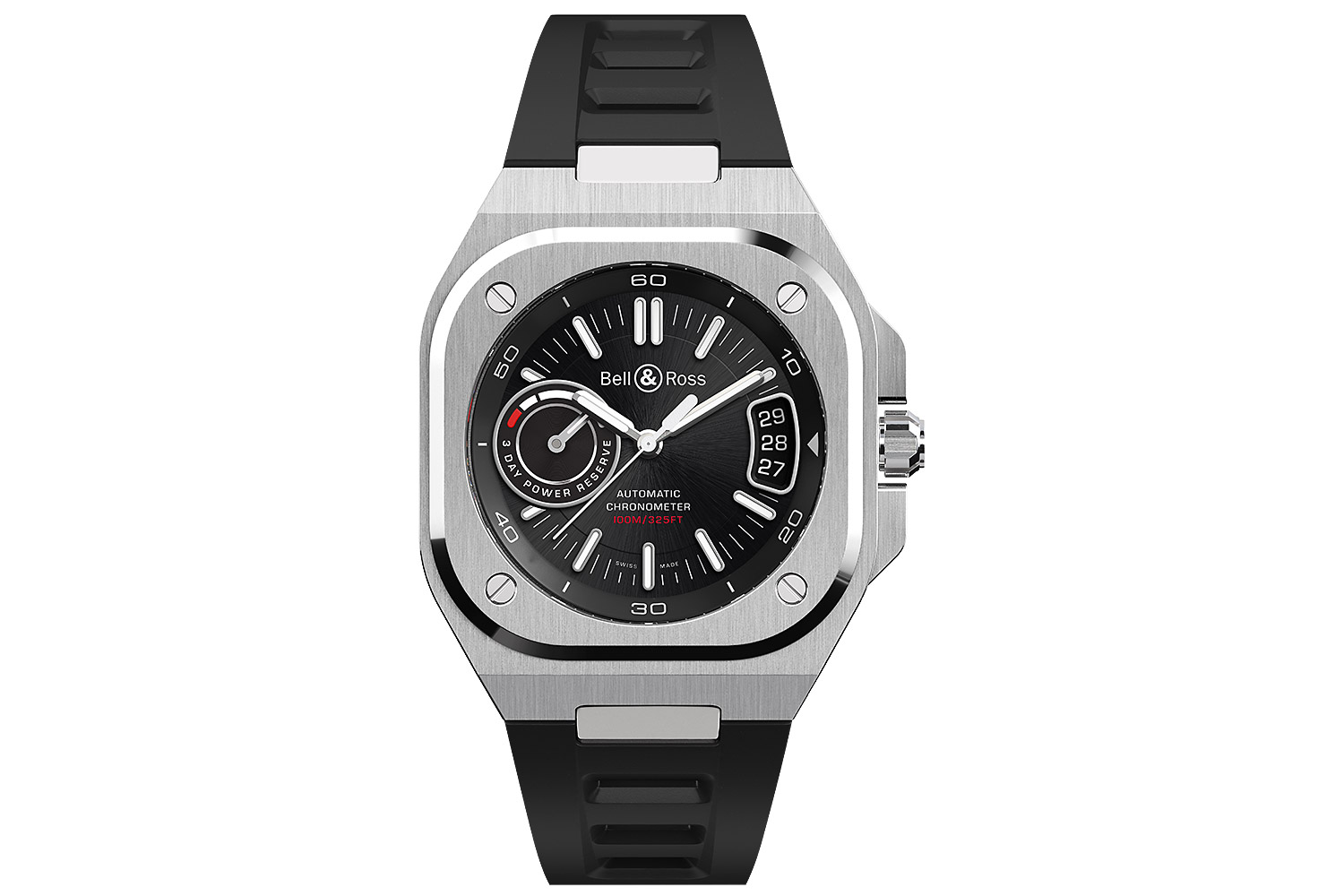 The design has an oversized vertical date window at 3 o’clock opposing the power reserve indicator. 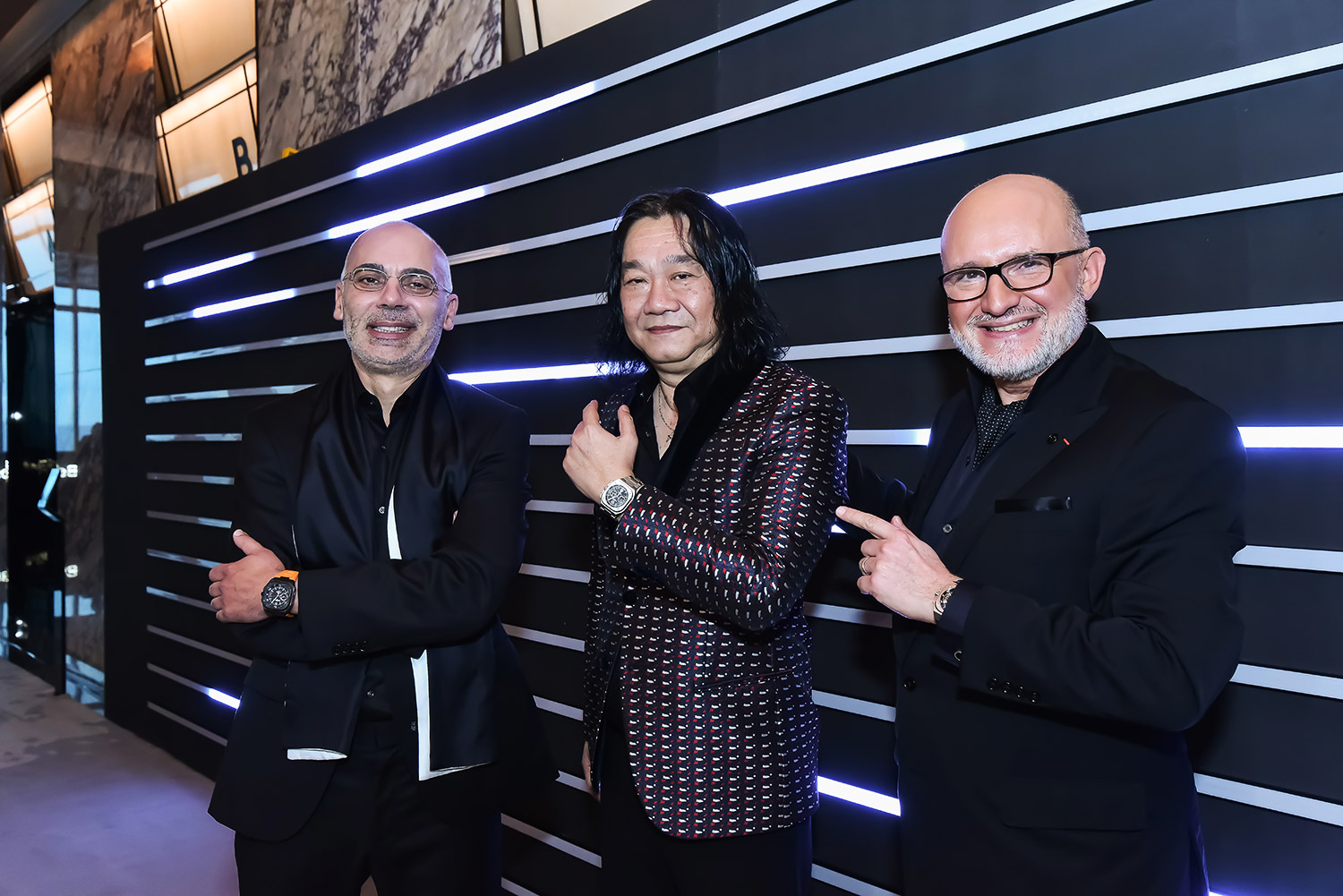